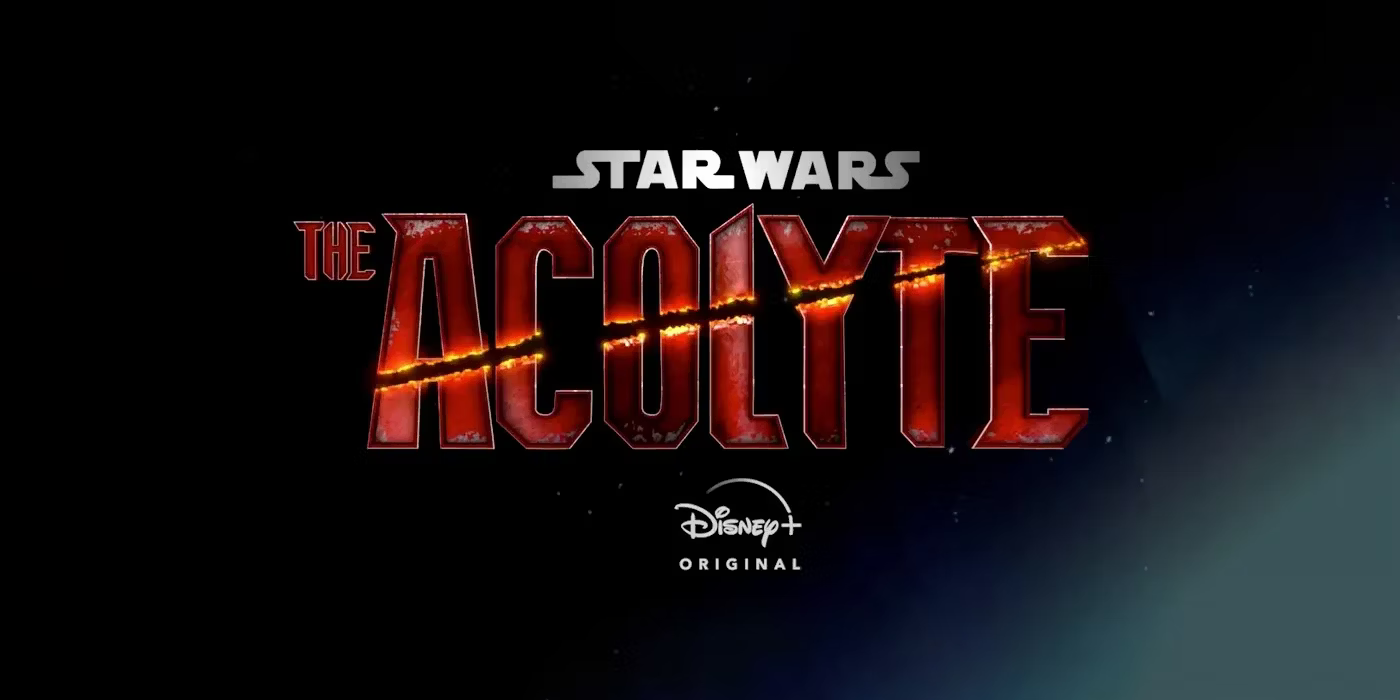 Stenberg, who most recently appeared as Alana Beck in the cinematic adaptation of Dear Evan Hansen and is perhaps best known for starring as Rue in the first The Hunger Games film, was revealed as the next actor to helm a Disney Plus Star Wars series on July 22nd, courtesy of the brand’s official Twitter account.

Sharing a photo of Beck dressed in a Darth Maul jersey and standing next to a replica (or possibly the actual prop) of R2-D2, the Star Wars account tweeted, “Join us in welcoming Amandla Stenberg to the Star Wars galaxy”. 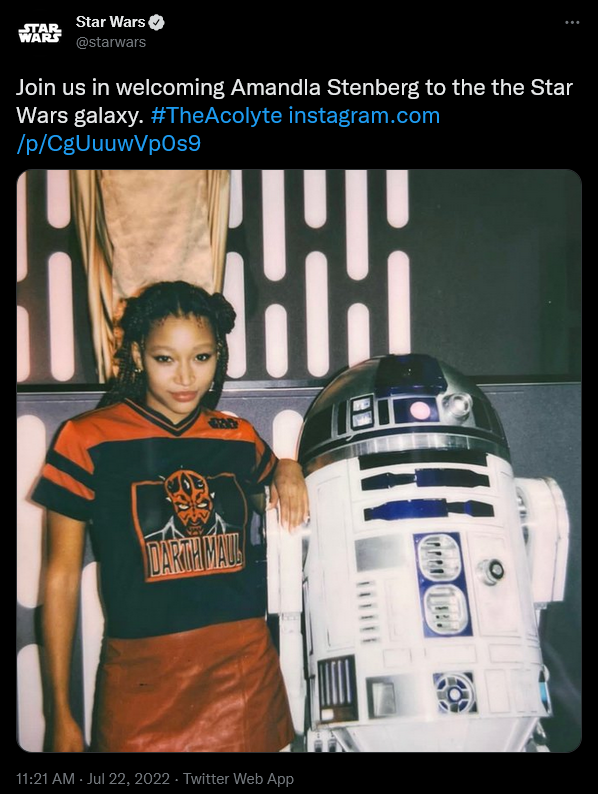 Publishing the above photo alongside a set of four additional images featuring themselves posing next to a replica of Darth Vader, Stenberg teased, “Next stop: a galaxy far, far away…”

“I am so excited to finally announce I’m joining Star Wars: #TheAcolyte! Honored is an understatement,” she added. “May the Force be with you.” 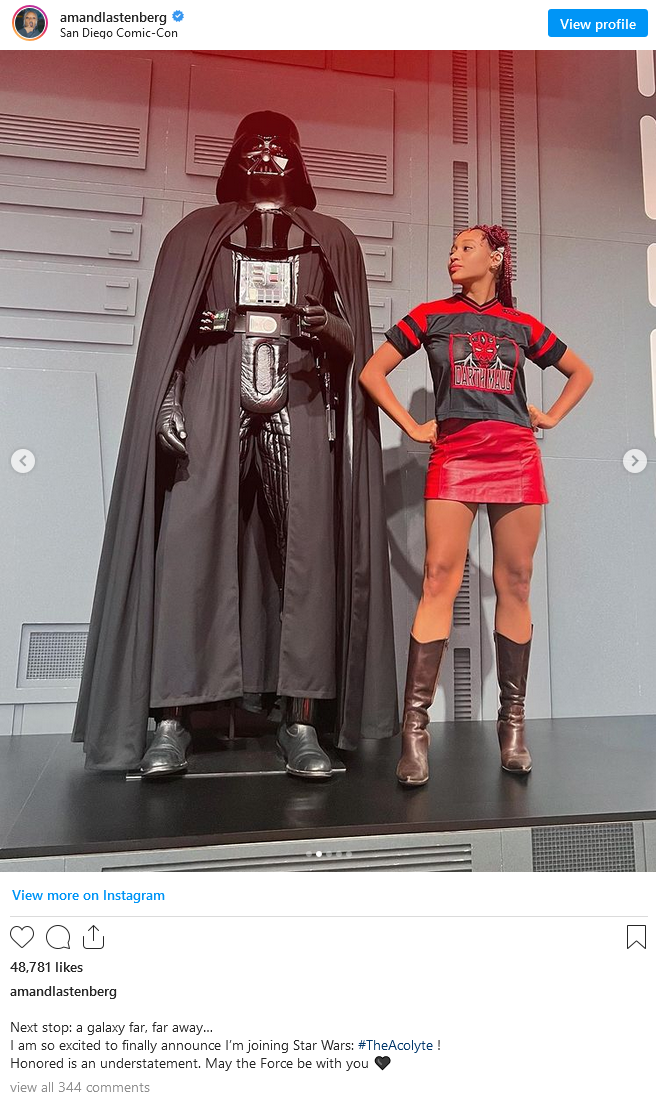 As noted above, in addition to acting, Stenberg has carved a name out for herself as an intersectional feminist activist.

Her previously activist activities include having engaged in such activities as attempting to organize “a workshop on feminism (specifically how mainstream feminist movements have continuously excluded women who are not white, thin, cisgender, able bodied and neurotypical)” and even co-writing a comic book, NIOBE: She is Life, which gone on to be praised as an exemplary piece of identity politics-fueled art. 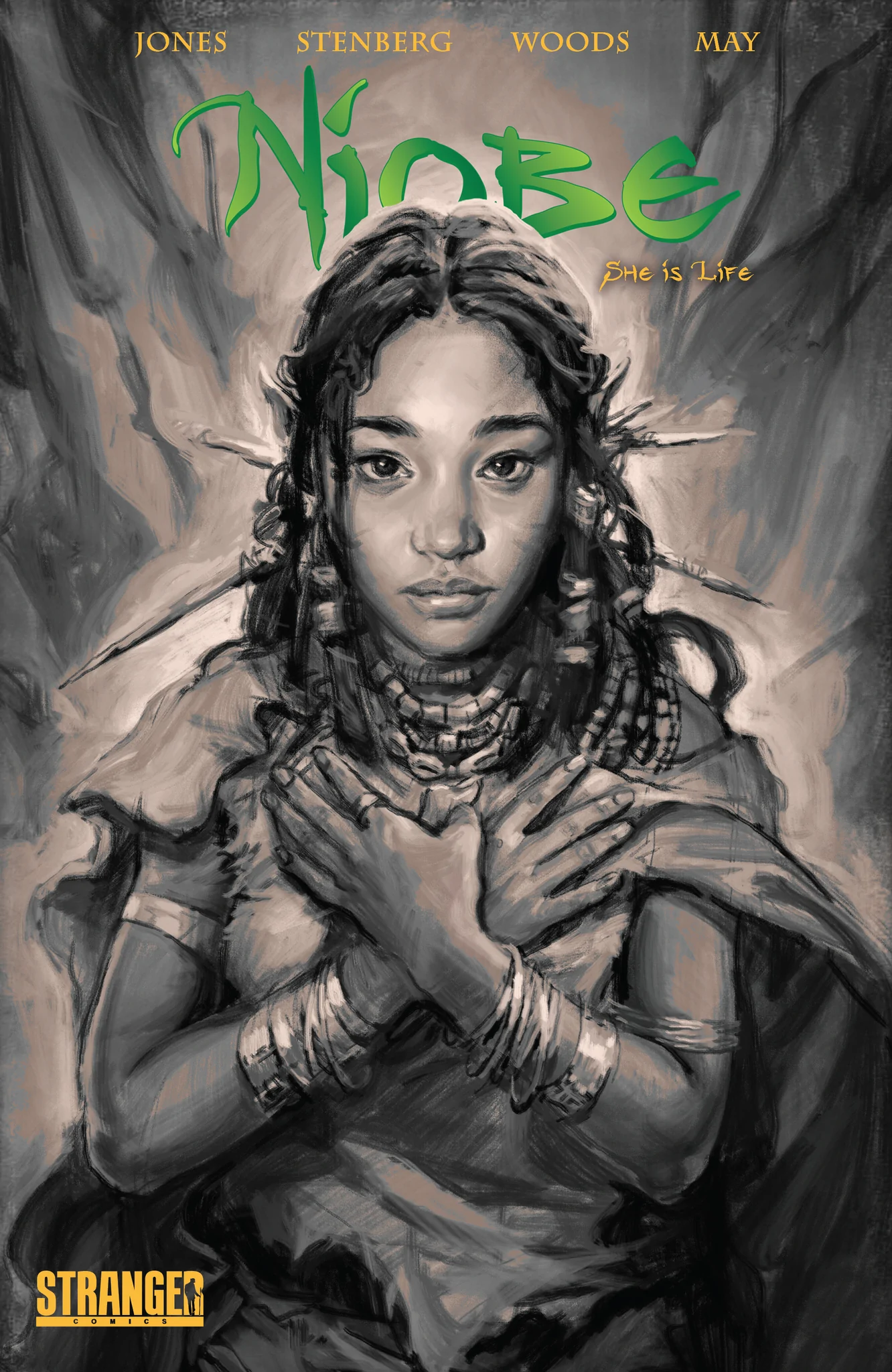 While details regarding The Acolyte’s plot currently remain scarce – including just which Disney creation Stenberg will be playing, though her appearance suggests she may portray Star Wars: The High Republic Marvel comic series protagonist Keeve Trennis  – showrunner Leslye Headland confirmed to Vanity Fair in an interview published in May that the series would be “We’re taking a look at the political and personal and spiritual things that came up in a time period that we don’t know much about.” 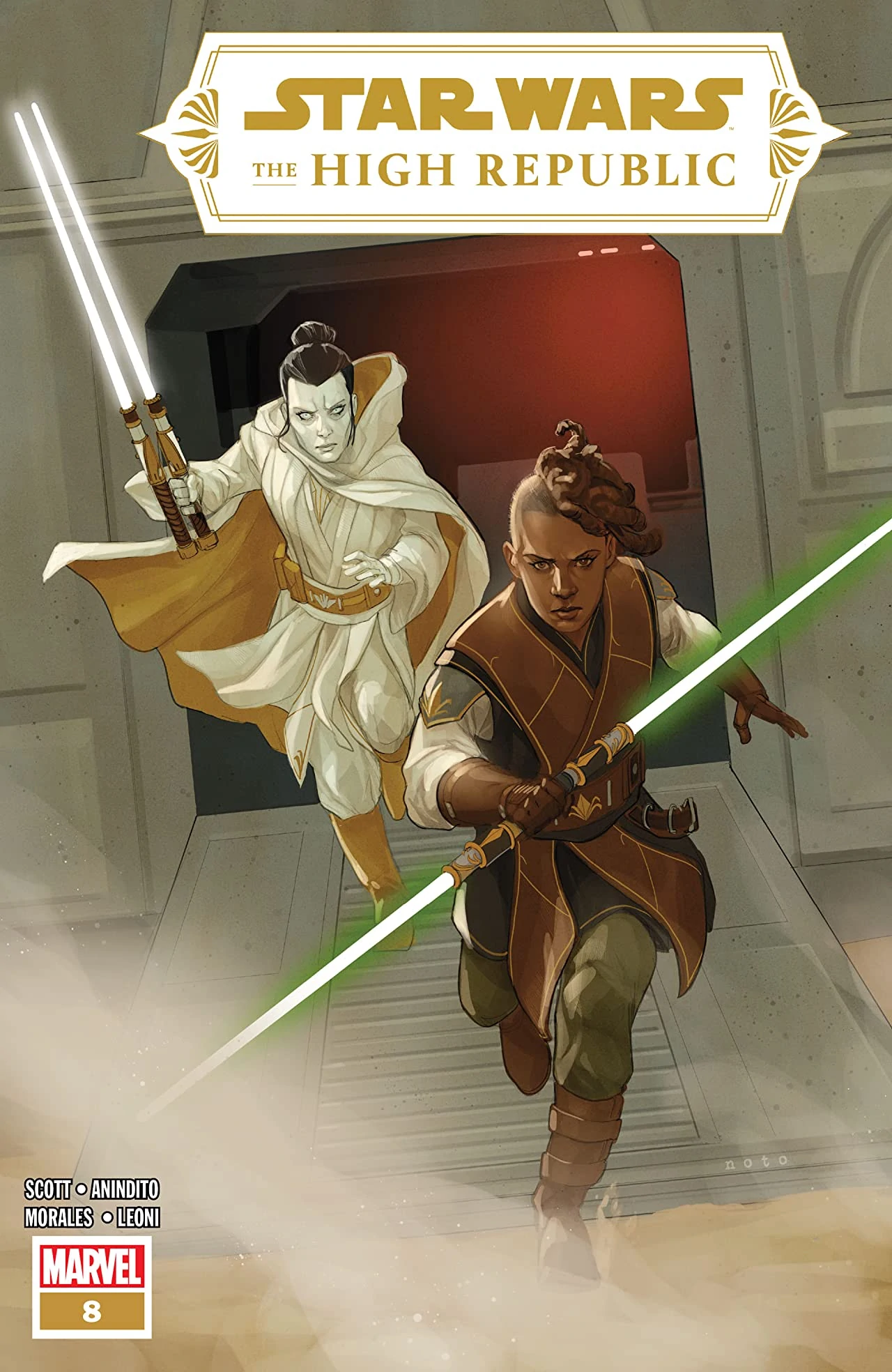 “My question when watching The Phantom Menace was always like, ‘Well, how did things get to this point?’” she detailed. How did we get to a point where a Sith lord can infiltrate the Senate and none of the Jedi pick up on it? Like, what went wrong? What are the scenarios that led us to this moment?”

“In the prequels, Mace Windu says: ‘There’s no way that the Sith could have reemerged without us knowing about it,’” the showrunner continued. “And Yoda says, ‘Hard to see, the dark side is,’” Headland points out. “He acknowledges that this is a part of the Force that has been dormant, or at least hidden from them, for so long. What I immediately wondered about this particular period was: Who is practicing it?” 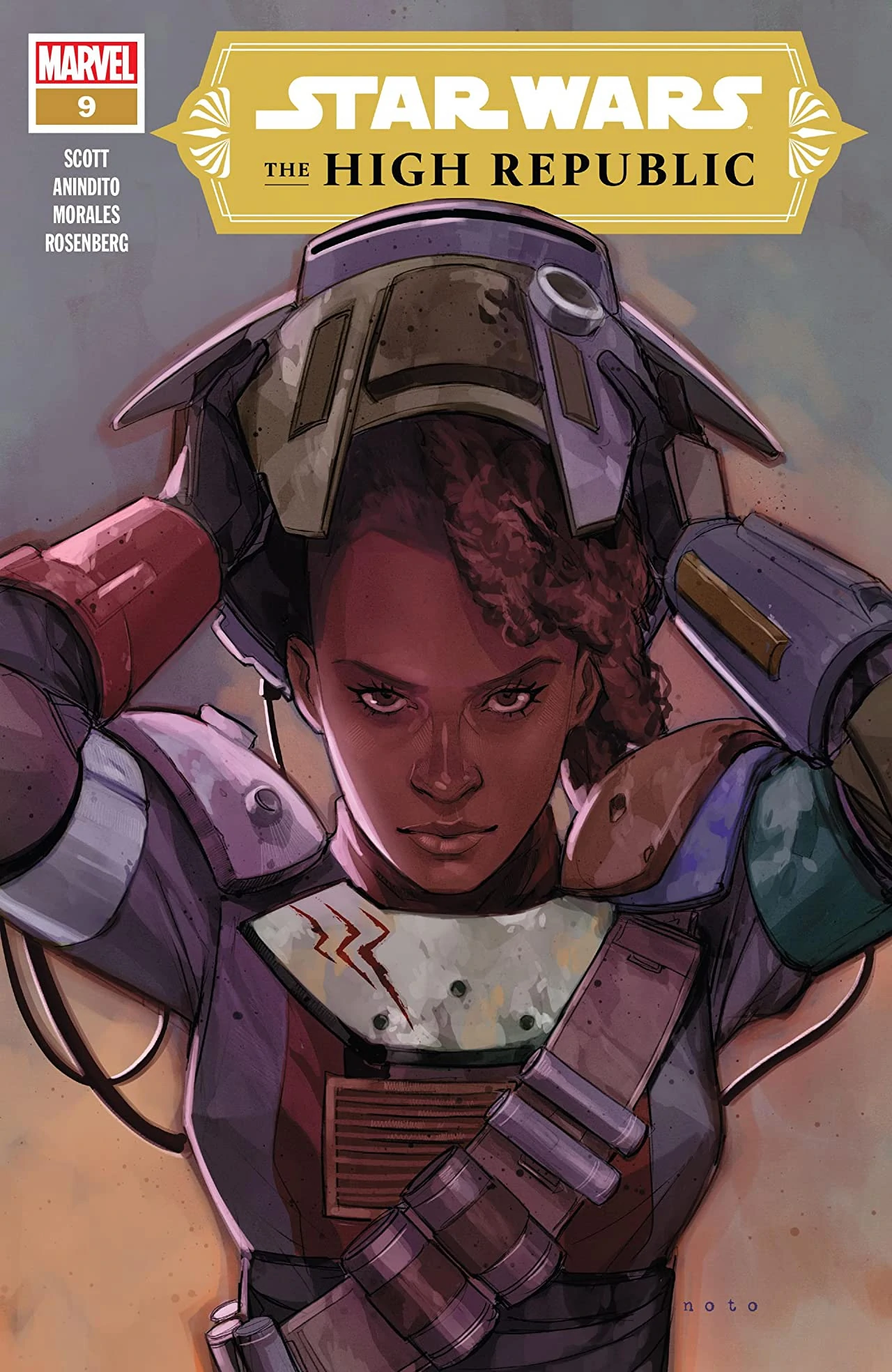 Headland additionally noted, “For what I’m exploring, another good analogy might be post World War I in the United States, where we very much got into this isolationist concept of: we’re not helping anybody. We want to protect this particular vibe that we have going.”

Previously, the showrunner revealed to YouTuber Fantastic Frankey in November 2020 that the series would be “‘female centric,’ meaning it centers around a female protagonist.”

“I don’t think that necessarily excludes men from that space,” Headland continued. “Listen, I relate to male characters all the time. Like, I root for Mando. Like, I root for Luke. I, like, deeply, deeply… Well, not sure how much I care about Han Solo anymore. When I was little I really liked him. When I watch him now, I’m kind of like, ‘Gosh a lot of my psyche makes sense now. Hmm. Ok.’” 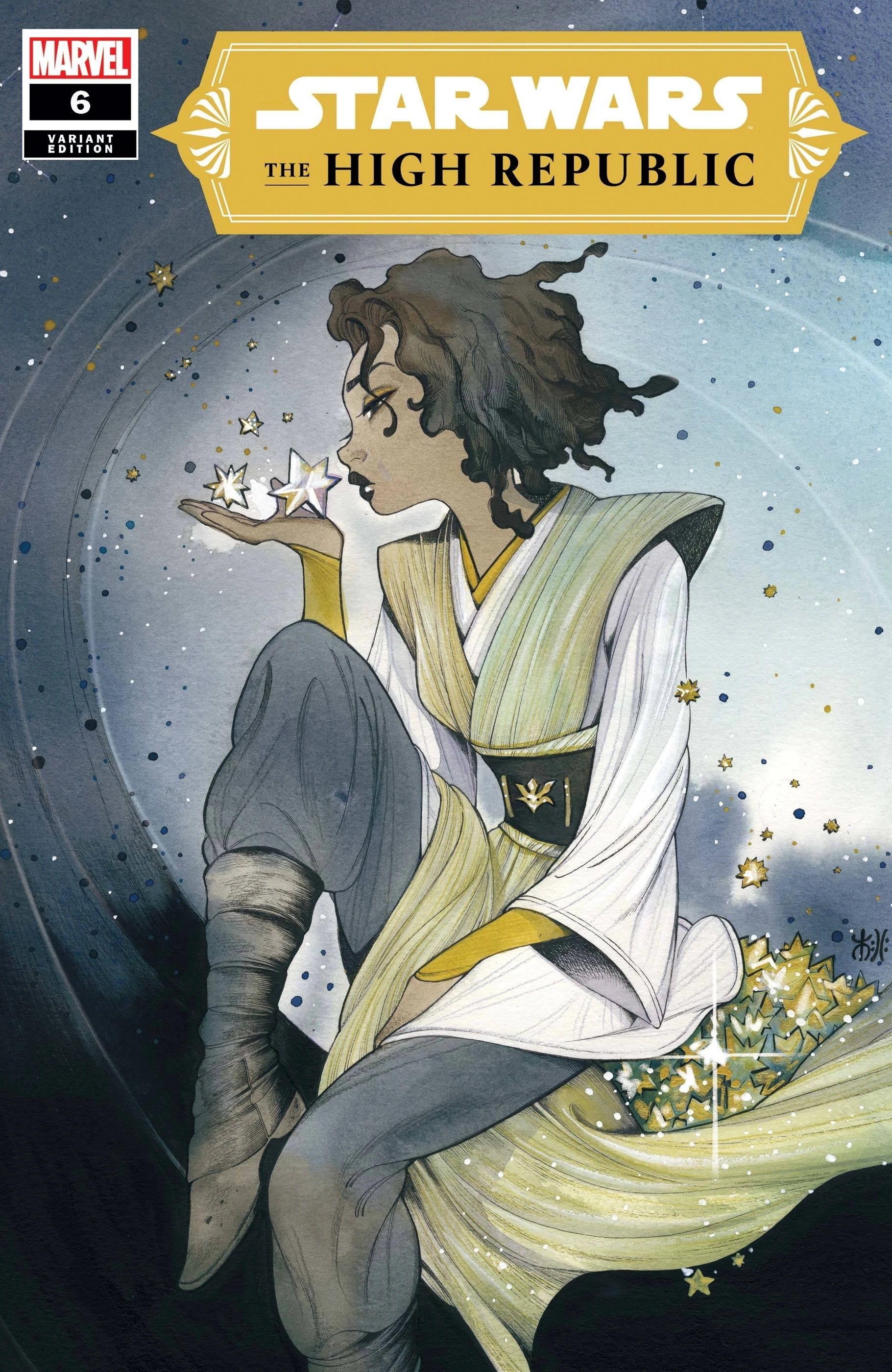 As of writing, Star Wars: The Acolyte does not yet have a release date.