Swedish action star Dolph Lundgren, best known for his role as Ivan Dragon in Rocky IV and He-Man in Masters of the Universe, recently spoke out against his native country’s government seeming inability to properly handle rape cases, condemning how their failures have led to both an increase in victims as well as low sentences for those who commit the heinous act. 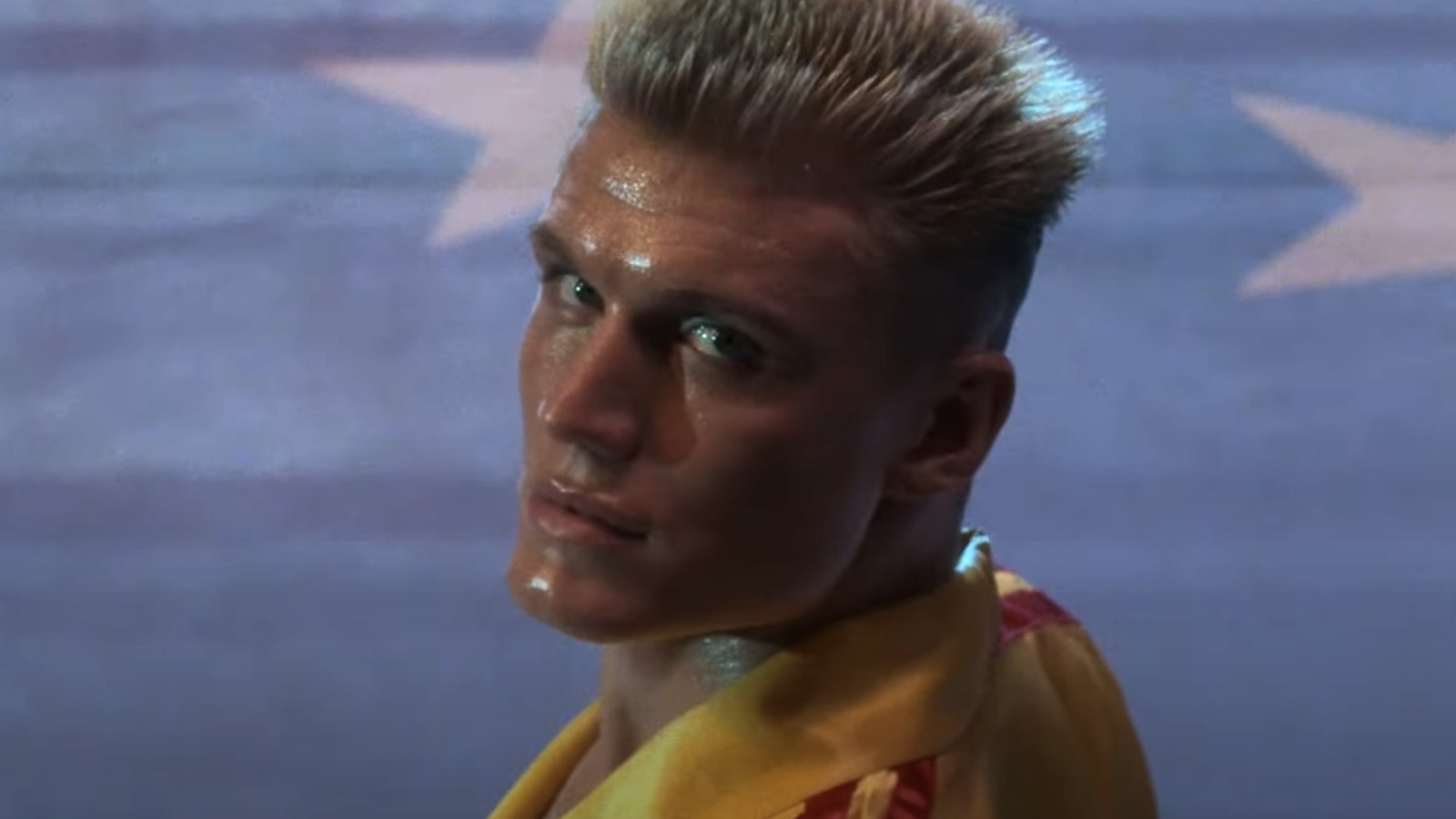 On July 27th, Lundgren took to his personal Instagram account to inform his followers, “Just read another sad story from my home country Sweden. The rape and murder of a 16 year old girl from the area where I grew up, was finally solved after 25 years – using new DNA techniques.”

“The killer’s sentence: 5 years in a nice Swedish jail,” He then decried. “With good behavior he’ll be out after 2-3 years. That’s the price Sweden puts on a young girl’s life. Her family was shocked. So am I. Wake up, Vikings!” 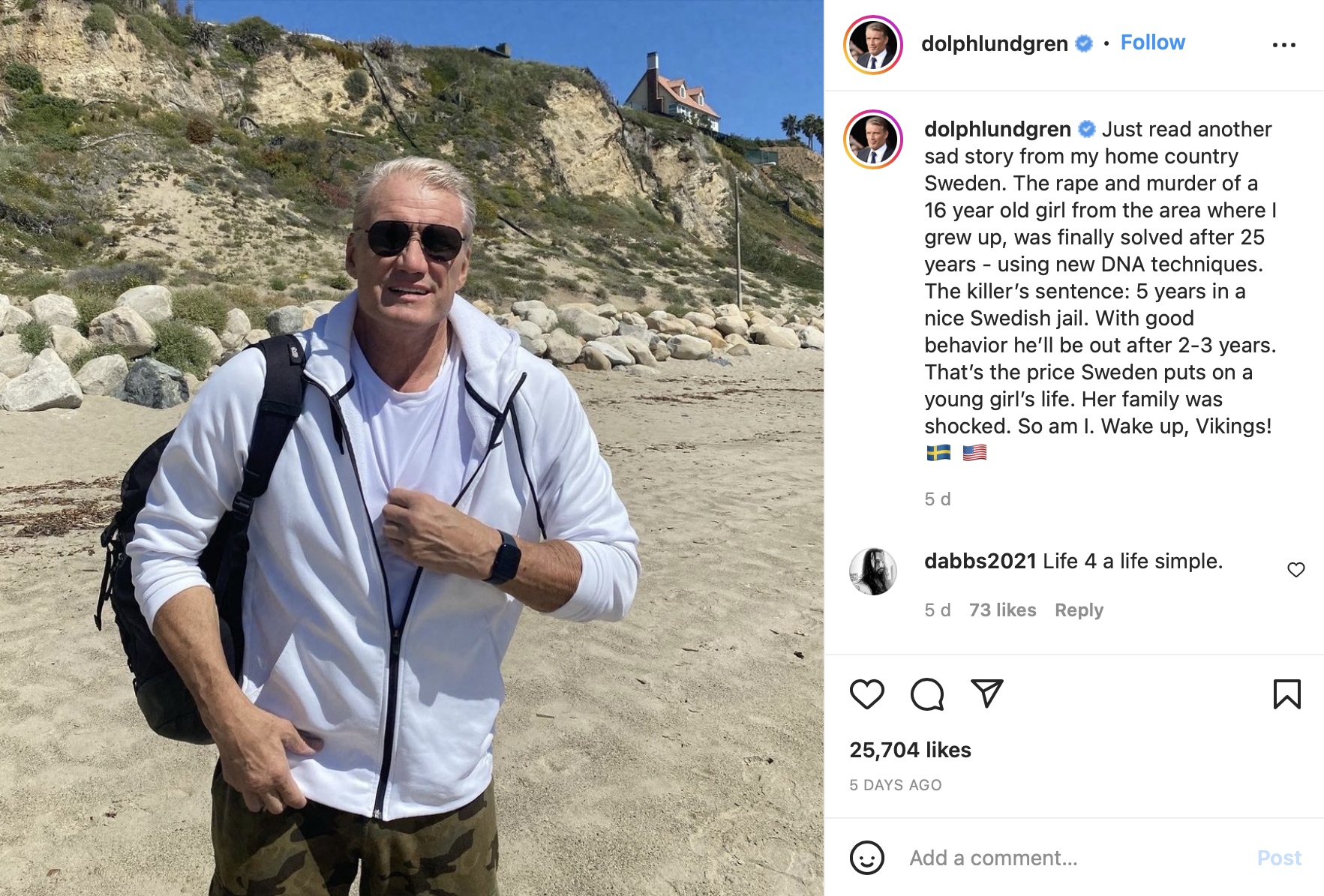 Though Lundgren did not specify which case he’s was alluding to, he’s likely referring to the heart-breaking case of Malin Lindström, the 16-year-old girl who was raped and stabbed to death in the community of Örnsköldsvik, Husum, in November of 1996.

Her body would not be found until May of 1997, and it would take a further year for a 20-year-old man to be charged and sentenced for the crime. However, the man would be acquitted later that same year. 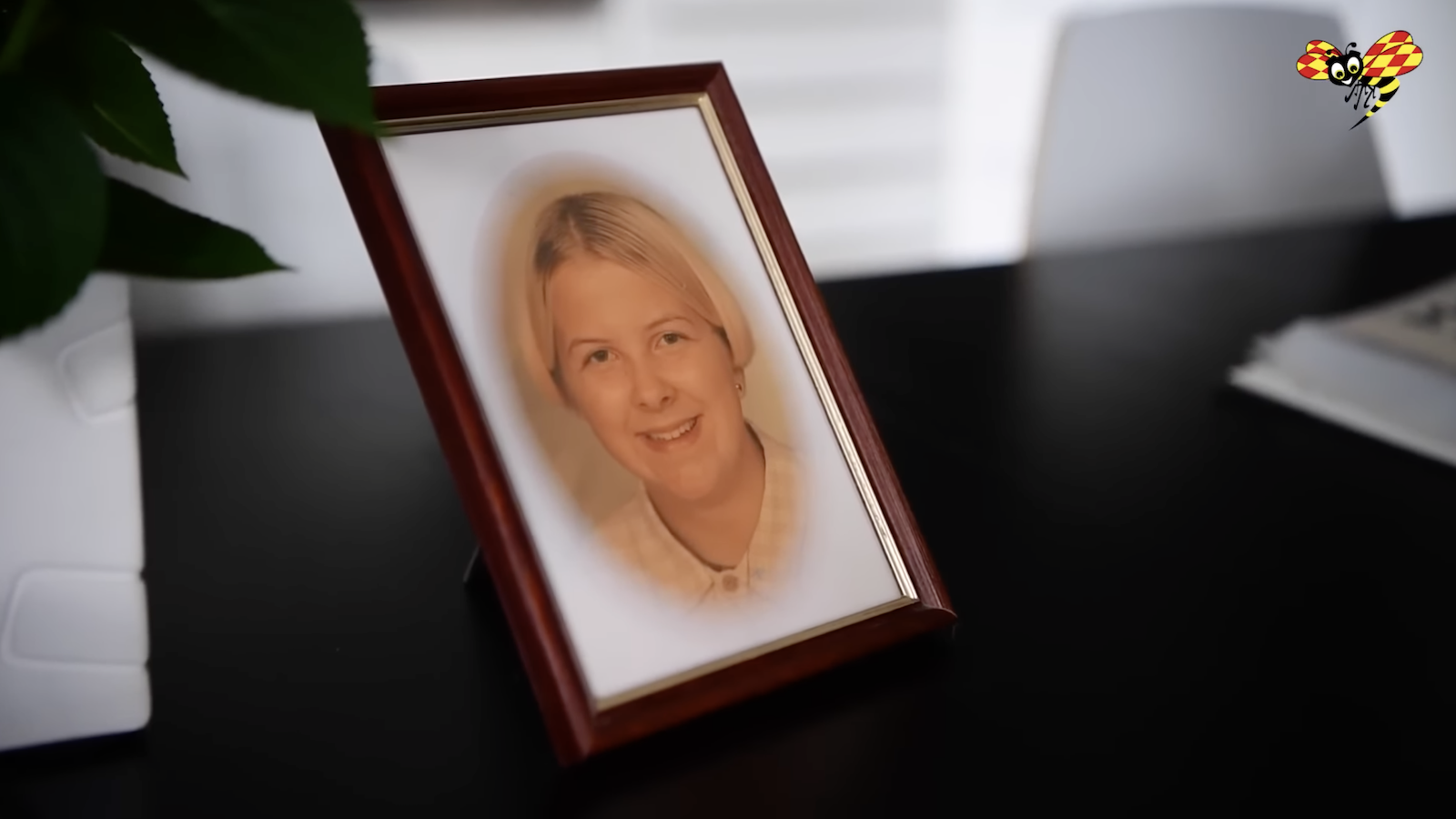 As German outlet Der Spiegel reported a few weeks ago, thanks to thoroughly analysed DNA trace that helped determine his involvement in the crime, the now-44-year-old-man has been convicted of the murder of Malin Lindström.

Taking into account both his being 18-years-old when he committed the attack and the amount of time inbetween the killing and his conviction, Presiding judge Agneta Ögren ultimately sentenced the man to five years in prison and ordered him to pay damages to Malin’s family. 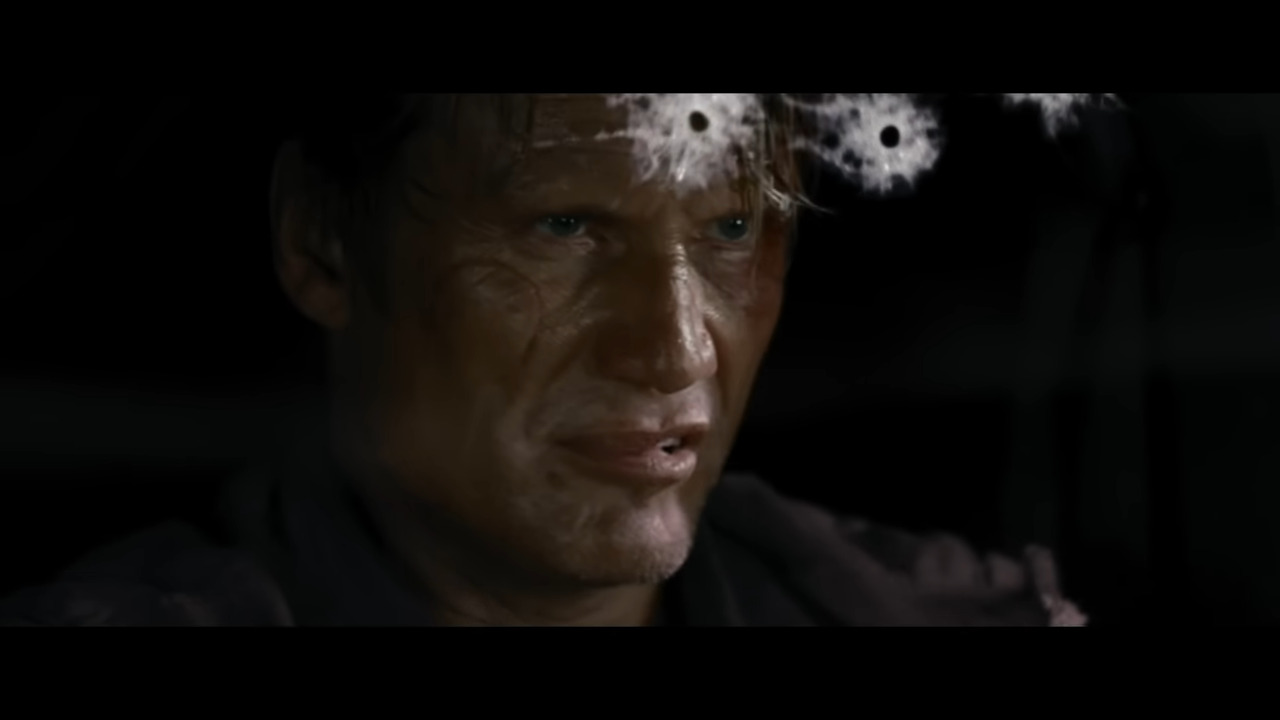 The action star is not wrong in condemning Sweden’s low sentences for rapists, as the country has one of the highest national rape rates in the world.

According to information provided by World Population Review, between 2013 and 2017, Sweden averaged 64 reported cases per 100,000 inhabitants. 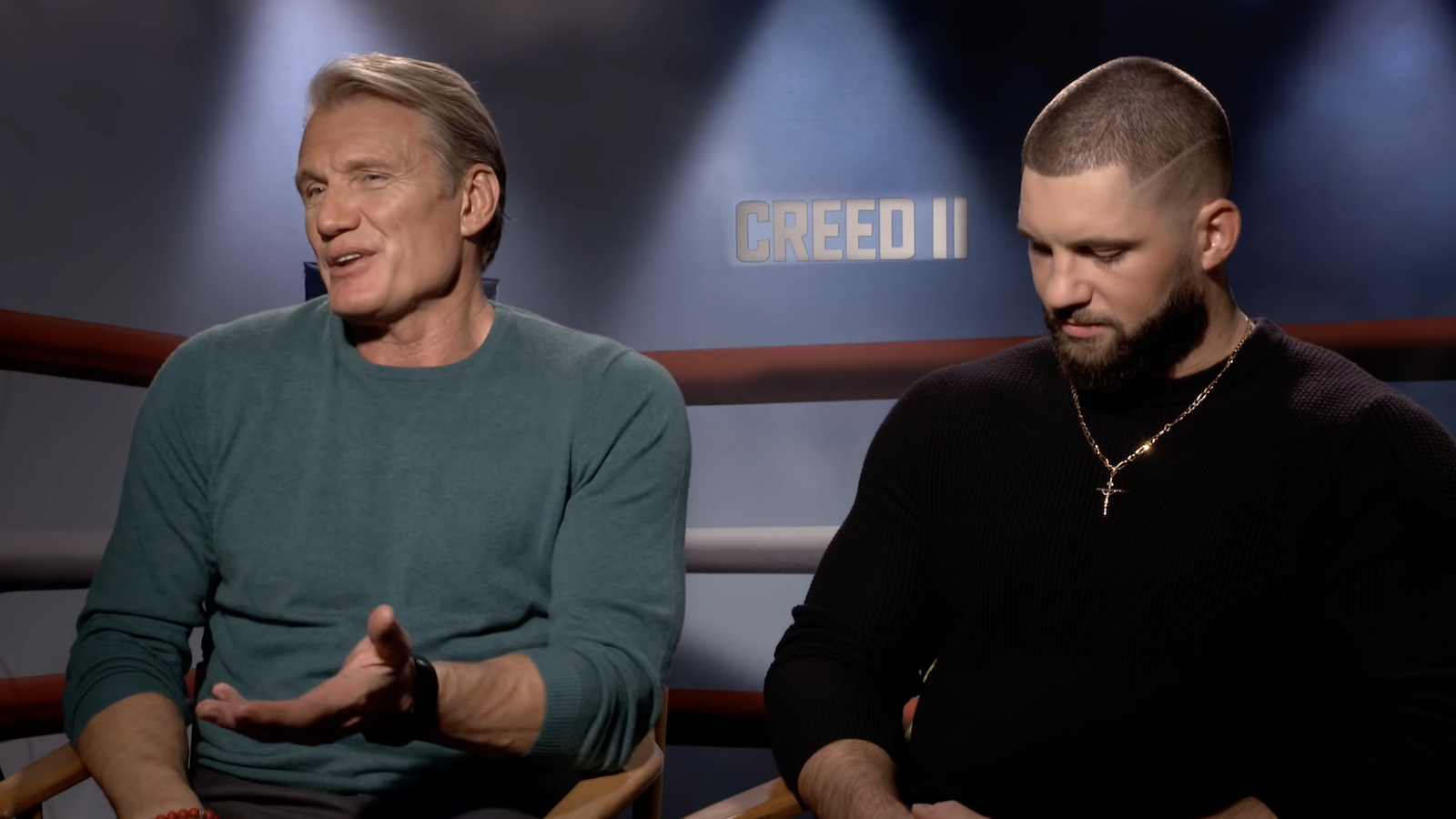 In 2018, hoping to give people a solid idea of what the country has been facing over the last few years, Swedish national broadcaster SVT reportedly counted all court convictions of rape. In doing so, they discovered that about 58% of men convicted of committing the act were foreign-born. 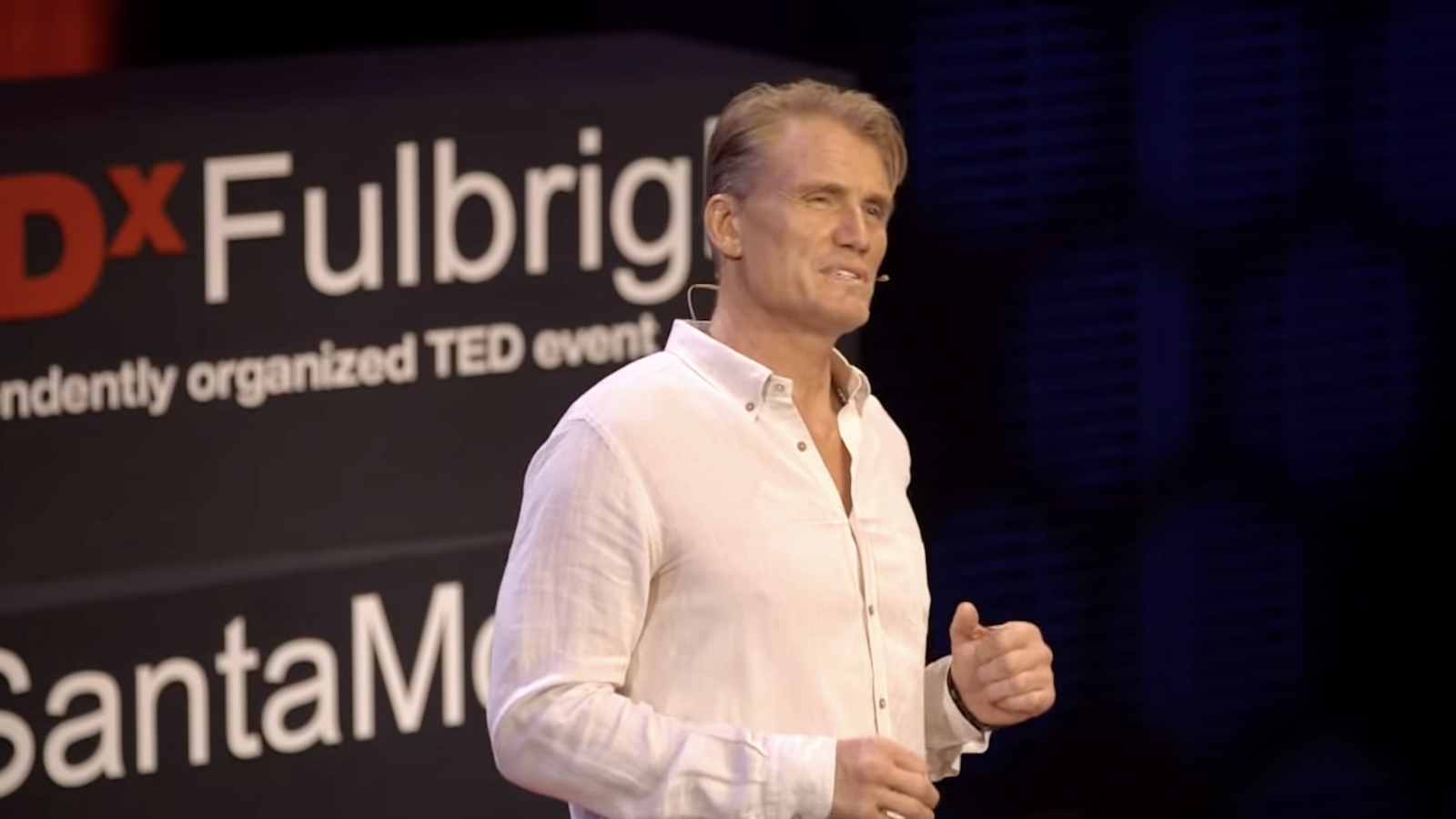 This isn’t the first time Lundgren has decried the way in which rape is being tackled in his home country. In June of this year, the Creed II star took to social media to call out Sweden’s inability to protect their women from being sexually assaulted.

“Sadly, my home country Sweden still cannot protect their women from rape,” wrote Lundgren on his Instagram. “In the past week three men were sentenced for gang raping a handicapped girl – one assailant got 4 years the other two 2 years prison term.” 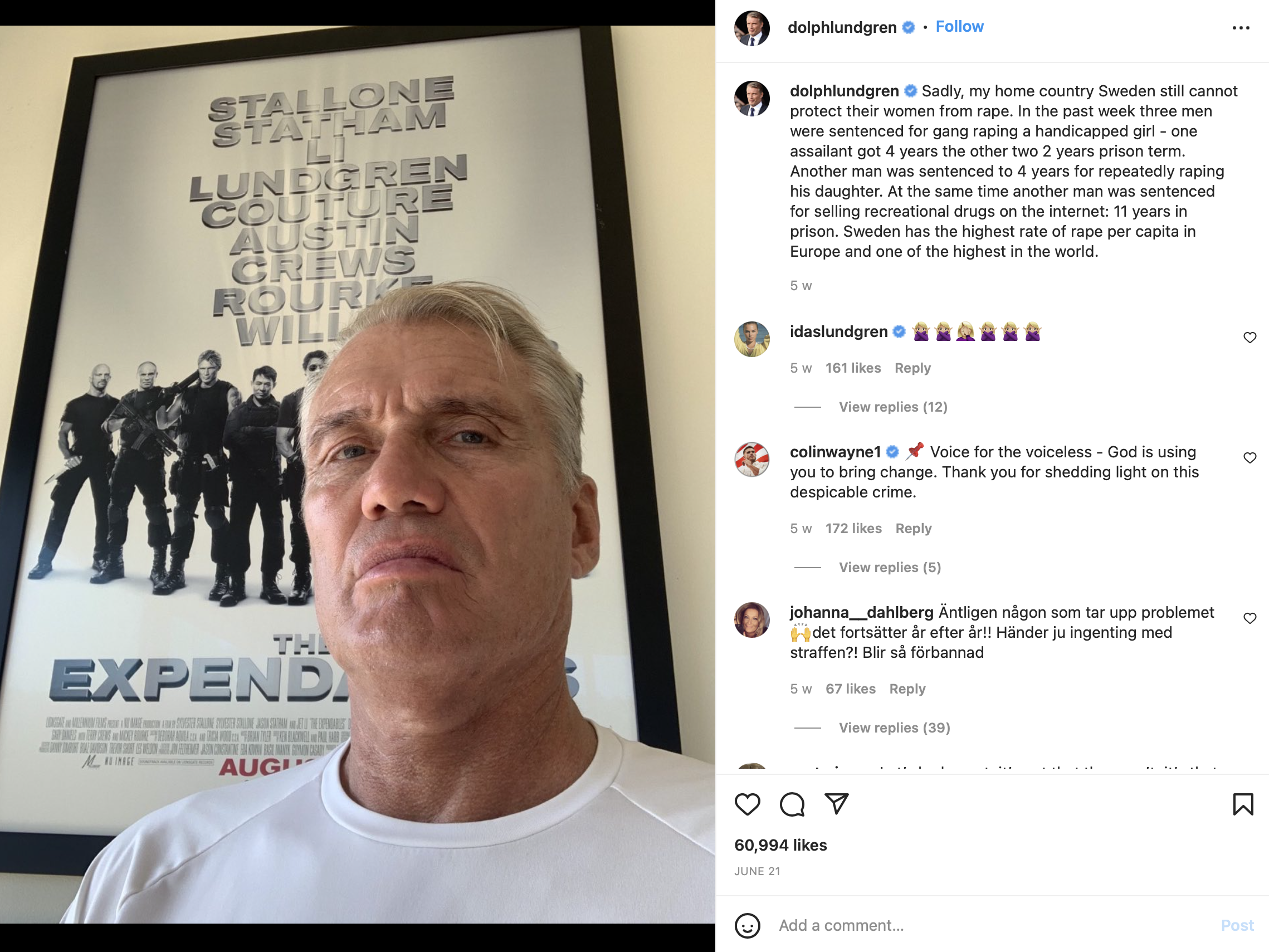 “Sweden has the highest rate of rape per capita in Europe and one of the highest in the world,” a frustrated Lundgren concluded.

NEXT: Sylvester Stallone Furious Over Drago Spin-Off Announcement: “I Never Wanted Rocky Characters To Be Exploited By These Parasites”