The King will rise again and all will hail when Godzilla returns in a new five-issue miniseries from IDW entitled Godzilla: Monsters & Protectors—All Hail The King! 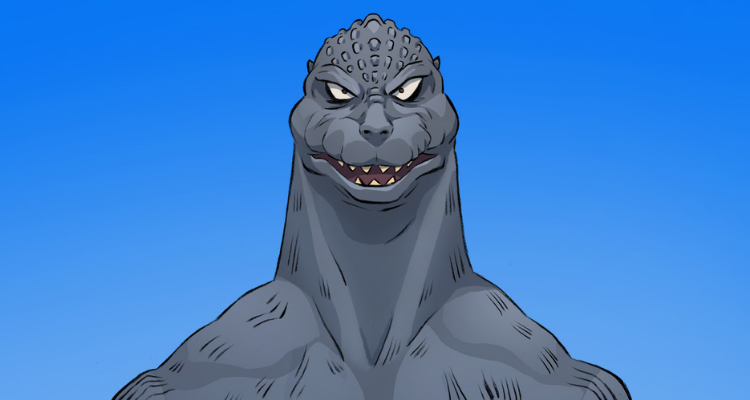 Unveiled at Comic-Con, this is a sequel to the series Monsters & Protectors from the same creative team of writer Erik Burnham, illustrator Dan Schoening, and colorist Luis Antonio Delgado.

Following a year after the events of M&P, there haven’t been any monster sightings since that time. While that’s good for average people sick of wanton destruction, young vlogger Cedric has taken a hit in his content.

Trolled by bullies, he aims to prove those who think he doesn’t have the “Godzilla chops” wrong, especially Dragon and the self-interested Karen Higa. Meanwhile, “There’s more going on beneath the surface, but will Cedric find out what before something deadlier than Godzilla rears its head?” 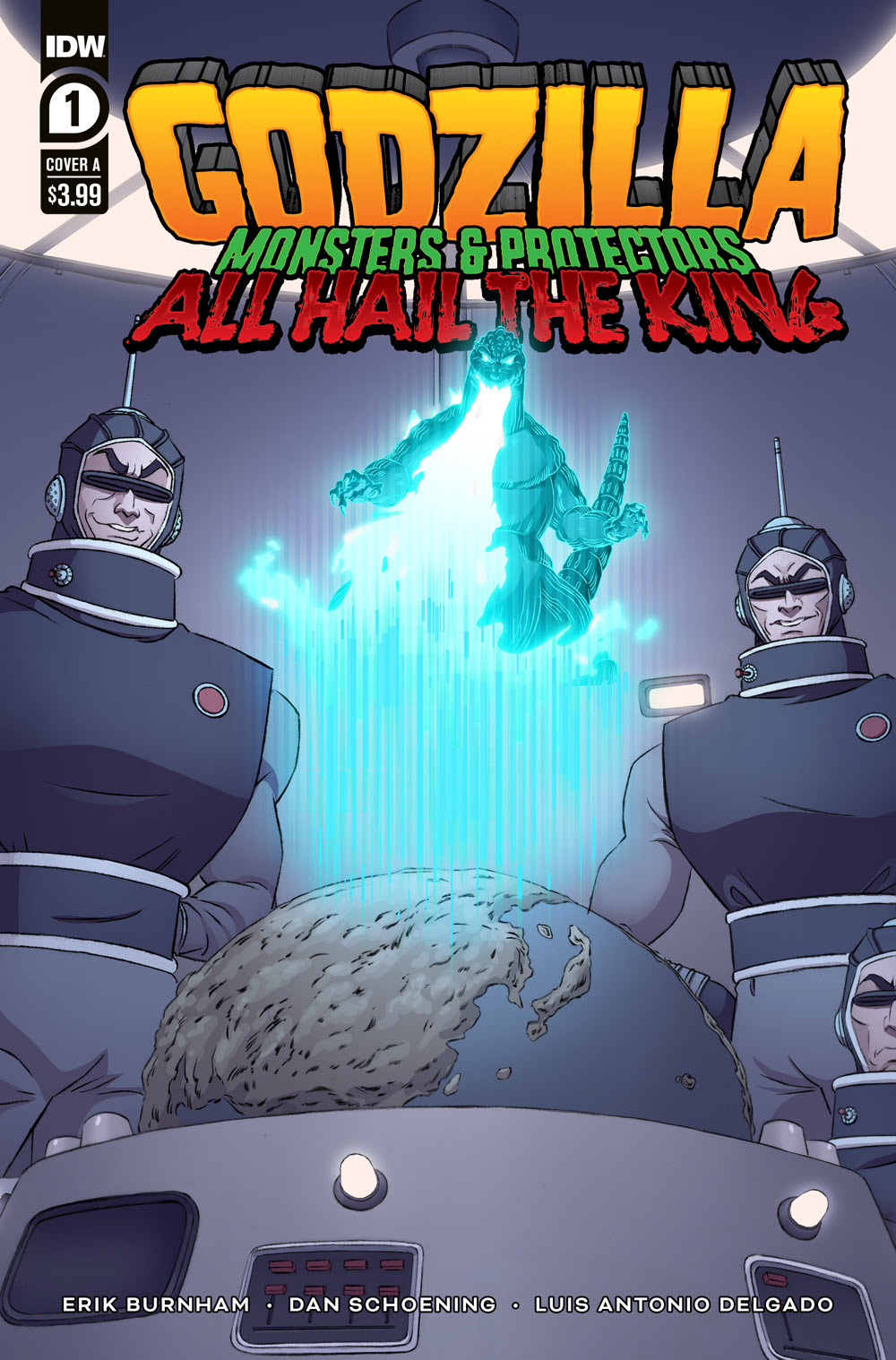 Burnham spoke about his return to the Toho-licensed creature. “I’m so excited to get back into the Monsters & Protectors corner of the Godzilla universe,” he says in a press release. “The first miniseries was a lot of fun to work on, playing with so many of the wacky, wild, and wonderful parts of Godzilla lore…”

He adds, “so Dan Schoening, Luis Antonio Delgado and I aim to go even further in that direction this time! We just can’t wait to share another monster-sized adventure with the next generation of Godzilla fans.”

According to IDW, All Hail will stick to the first series’ “focus on the looming threat of environmental catastrophe” — a recurring theme with Godzilla in all media. That said, all involved see an opportunity as well to further “share their love of Godzilla and its legacy with a new generation, and to delve more deeply into its lore and mythos.” 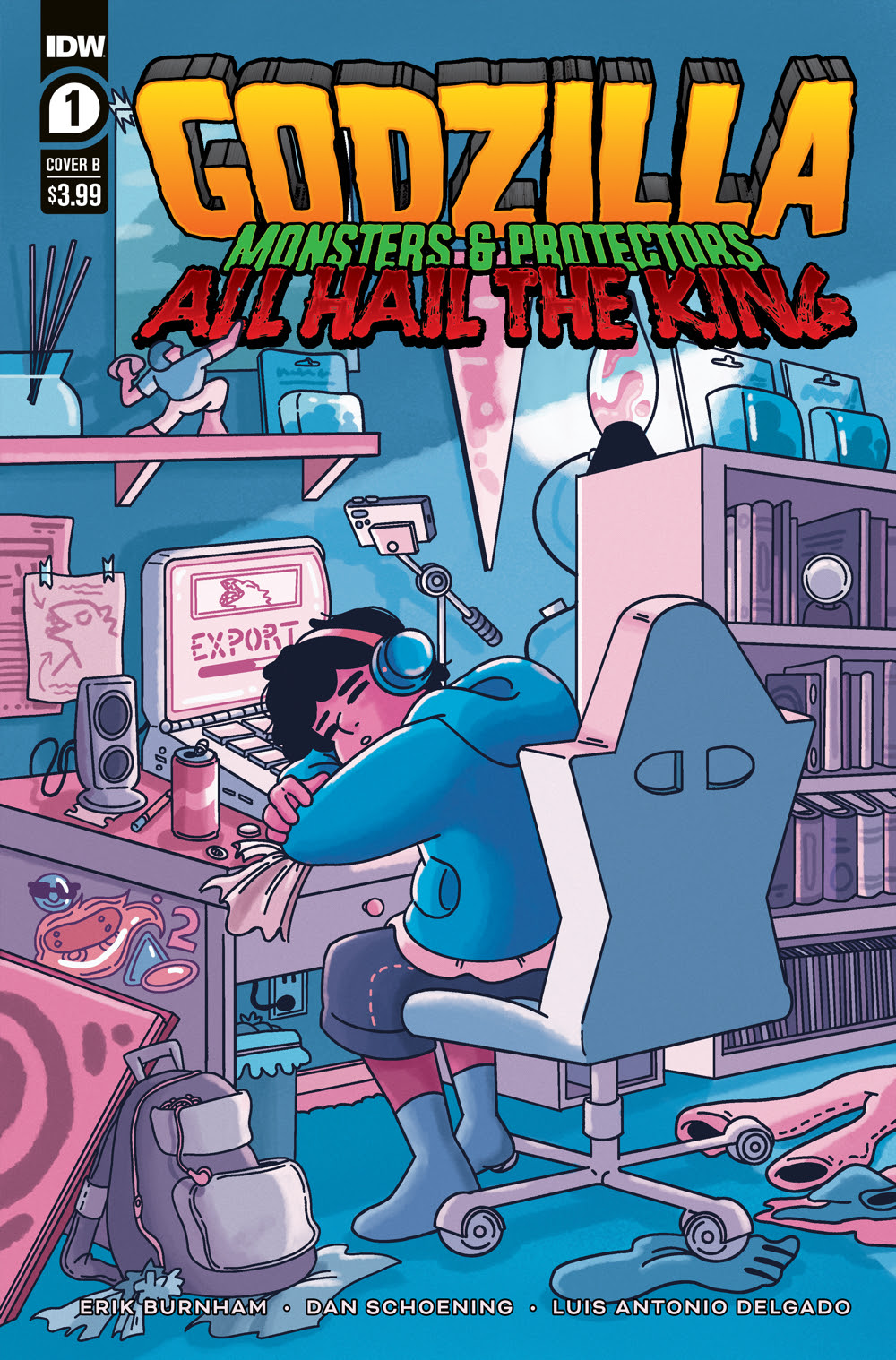 “Getting the opportunity to explore the world of Godzilla again is a great honor for me,” said Schoening. “I grew up watching the Shōwa era films, and having the chance to draw these larger-than-life monsters is nothing short of incredible. I hope these new stories help spread the love I have for TOHO’s creations with a whole new generation of Godzilla fans.”

IDW Associate Editor Jazmine Joyner chimes in to add, “We are so excited that Erik Burnham, Dan Schoening, and Luis Antonio Delgado are coming back for the next installment of Godzilla: Monsters & Protectors All Hail the King! We can’t wait for fans to see where the creators will take this series next.”

Upon its release to stores in October, Godzilla: Monsters & Protectors All Hail the King! #1 will have variant covers by Schoening and Andrea Bell in addition to a retailer incentive cover by John Yurcaba. 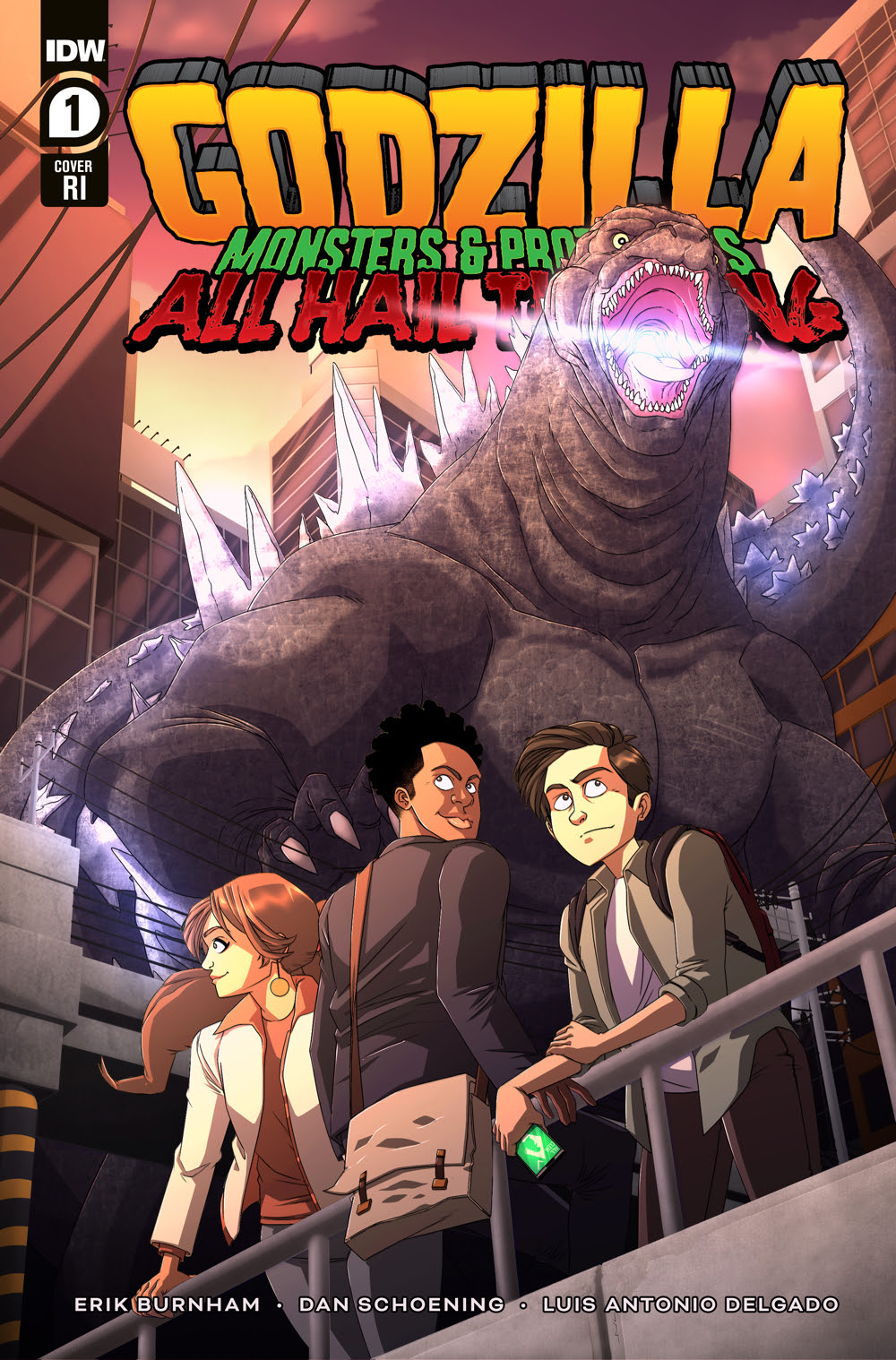 Tell us below if you are interested in this new Godzilla series and if you’ll pick up your copy of the first issue in October.

NEXT: Roland Emmerich Did Not Want To Make His Divisive Godzilla Movie