Holy jurisdiction, Batman! A Sheriff in San Mateo County — that’s in California in case you didn’t know — ignored any sense of the term “jurisdiction” to order a raid on a custom car garage in faraway Indiana that builds replica Batmobiles for clients. 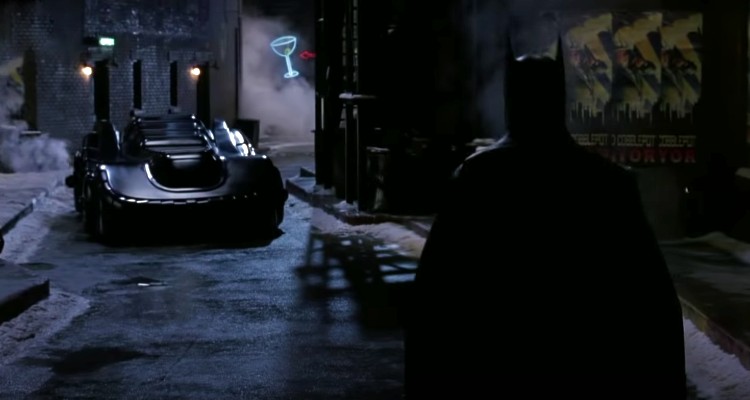 RELATED: ‘The Batman’ Star Zoë Kravitz Speaks To Facing Internet Outrage For Criticizing Will Smith’s Oscar Slap: “It’s A Scary Time To Have An Opinion Or To Say The Wrong Thing”

Sheriff Carlos Bolanos sent a group of four men to raid the shop of Fiberglass Freaks in Logansport, IN, the only place licensed by DC Comics to specialize in custom Bats Wheels; particularly the 1966 model.

According to ABC7 News in the Bay Area, Bolanos did this for a connected friend, a realtor named Sam Anagnostou, who ordered a Batmobile costing a whopping $210,000 from Freaks.

Anagnostou, as ABC7 and his own social media profile video attests, likes the finer things and catching waves. Apparently, he doesn’t like to wait for them either as the reported reasoning behind him seemingly cashing in a favor from Bolanos was he could no longer wait for his ride to come.

The wait is upwards of two years but that’s because Anagnostou missed paying a $20,000 installment of his total and “disappeared on me for over eight months, almost nine months,” says Fiberglass Freaks owner Mark Racop.

Racop then prioritized the nine other Batmobile orders he had and moved Anagnostou down the list. “He didn’t like that, he exploded. He did pay off the entire car at that point, but he was absolutely livid to find out that his car was going to be delayed,” said Racop. 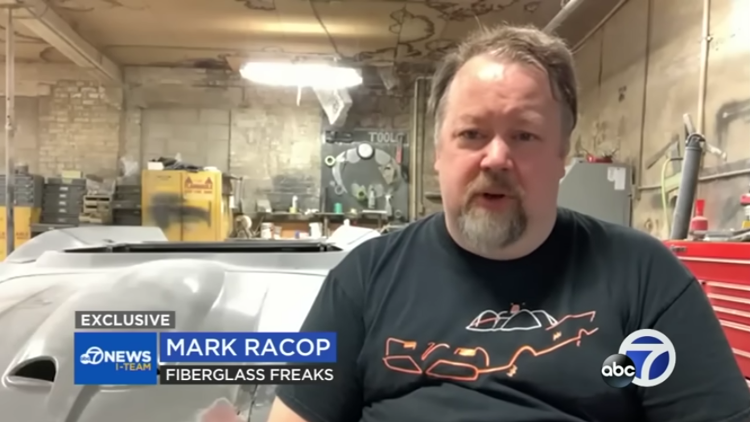 Anagnostou would file a complaint with police in Atherton, CA, where he lives, and later a lawsuit in San Mateo Superior County Court, alleging Breach of Contract and Fraud. Both were dismissed and charges weren’t brought by the District Attorney as the cases are a matter for the Indiana courts.

After that, he “asked his Facebook friend, Sheriff Carlos Bolanos, to intervene” — sources inside the San Mateo County Sheriff’s Department alleged to ABC7’s I-Team — prompting a lieutenant, a sergeant, and two deputies to raid the Indiana-based replica shop on July 19th.

It was noted by the I-Team and the sources within the Dep. that having a lieutenant go on a raid is highly irregular. One normally acts in a supervisory capacity without being so hands-on. 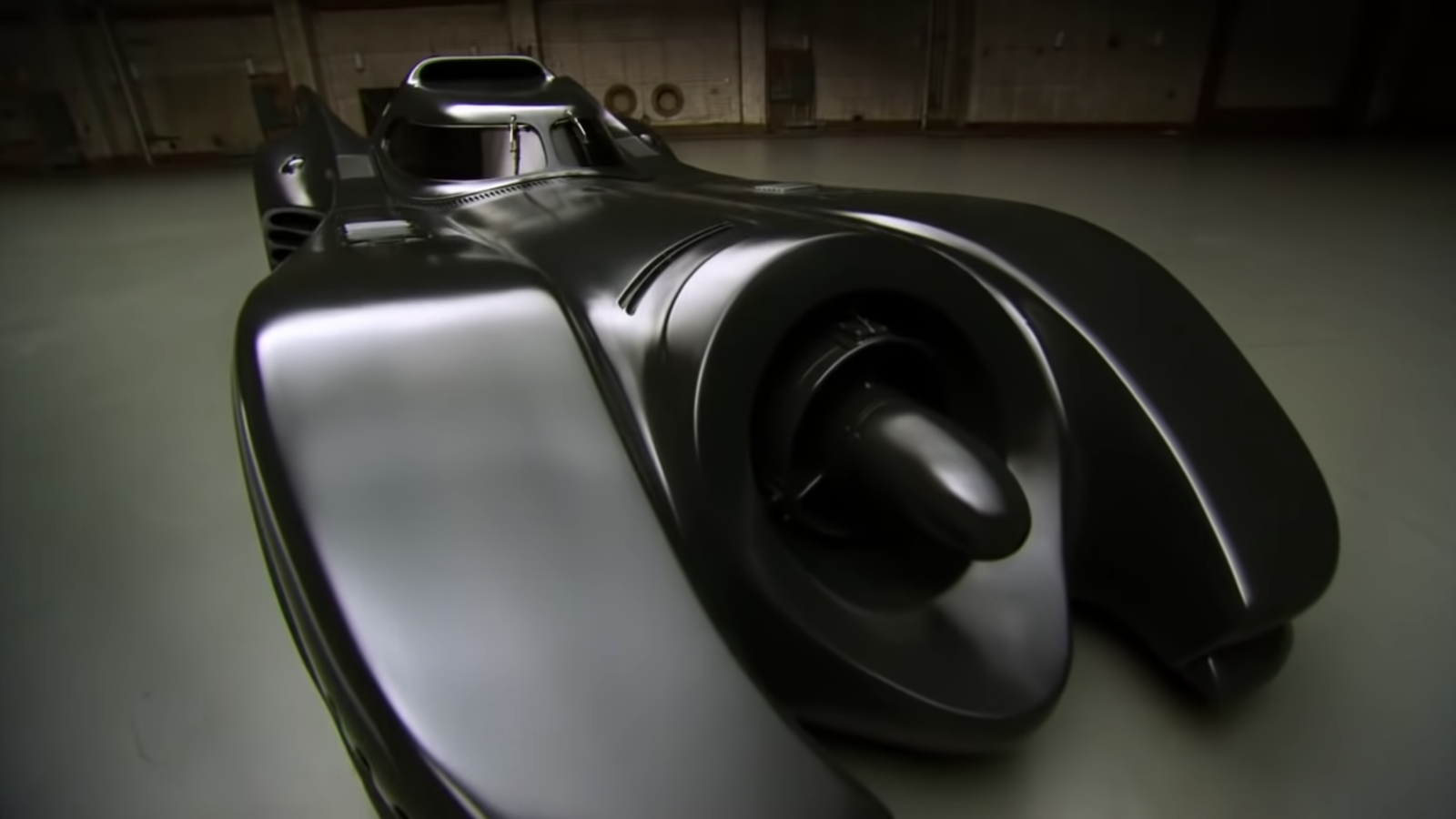 “Then, they showed the warrant saying that they were here to seize anything to do with his car. So I thought, ‘Oh, they’re coming in to pick up his car,’ which is right behind me, by the way. I thought I was gonna have to move my other Batmobiles out of the way to be able to let them take this car,” Racop recalled.

But they didn’t want the car. Instead, they took Racop to jail for an hour, froze his bank account, got a warrant for his email and contacts, and charged him (in California) with felonies of Obtaining Money by False Pretenses and Diversion of Construction Funds.

“I was horrified. I’ve never gone through anything like this ever before in my life, I am on the side of good,” Racop explained. “As a Batman fan since I was 2 years old, this was a completely opposite side. I love ’66 Batman and Batman always stood with the law.” 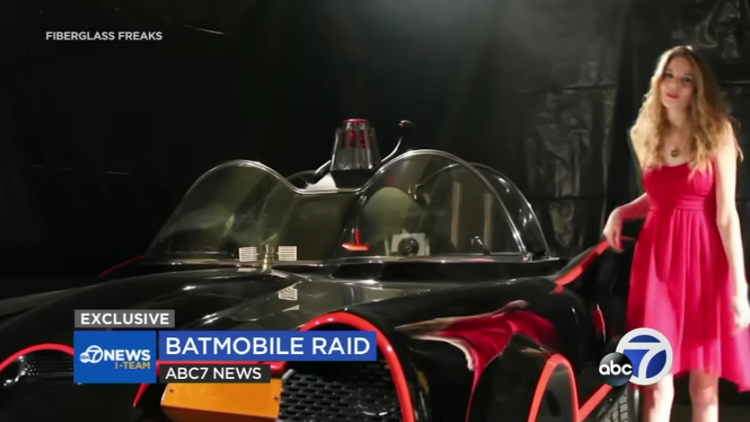 Freezing his bank account has prevented Racop, who’s also a preacher, from finishing the car, making the ordeal, which has turned into a crisis that needs faith, look less winnable.

“It’s the only thing that helps me through this, Dan. I should expect trials and tribulations. It’s just part of being a Christian and as a preacher, you know, this is an attempt to besmirch my reputation,” he said. 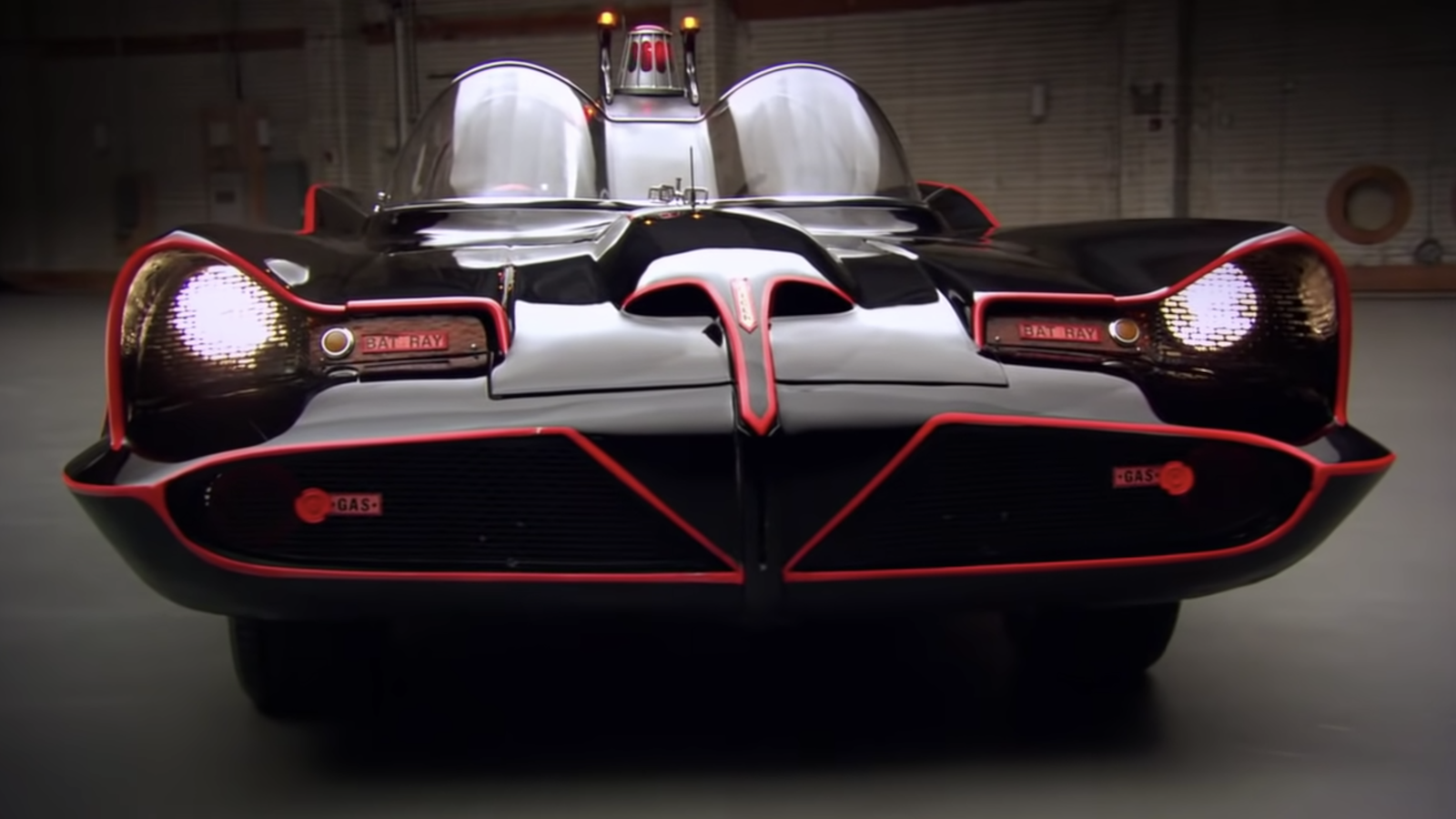 In regards to if the Sheriff overstepped his bounds or if a business dispute is going too far, McLaughlin stated, “I can’t speak to that, I have no knowledge about what relationship if any the Sheriff has with the victim.”

Bolanos wouldn’t talk to the media either about his relation to Anagnostou or the trip to Indiana which required taxpayer money to pay for four round-trip flights, hotels for three nights, meals, and overtime. 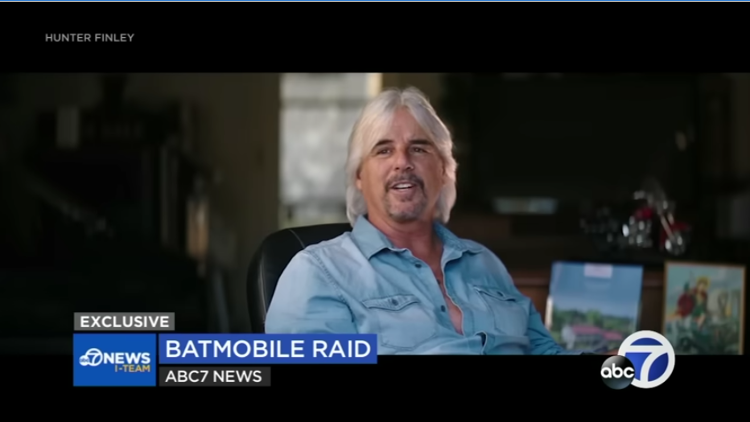 Clarifying it’s a civil beef that belongs in Indiana, Brass added, “It simply defies reason, in my view, why so many people, so many high-ranking members of law enforcement, would have to go and enforce something so unnecessary? And so trivial?”

The San Mateo County Board of Supervisors called on the state attorney general to investigate Bolanos and the raid. Since then, the case has become a complex political football in the County’s government.

“The aim is to have the attorney general conduct an investigation,” Board of Supervisors President Don Horsely said. “But we also know that that takes a long time. And so we decided that we would also do our own independent investigation at the same time.”

In a memo to his personnel, Bolanos confirmed ABC7’s findings that he went to Indiana at the request of Anagnostou, whom he knew personally. Moreover, the Sheriff was going to arrest Racop and bring him to California with the Batmobile on a trailer.

“Do you really need to have that kind of manpower?” Horsely wondered. “Especially looking at the proprietor, looks like an elderly man. Guess he’s a minister. You could find him at church on Sunday.” 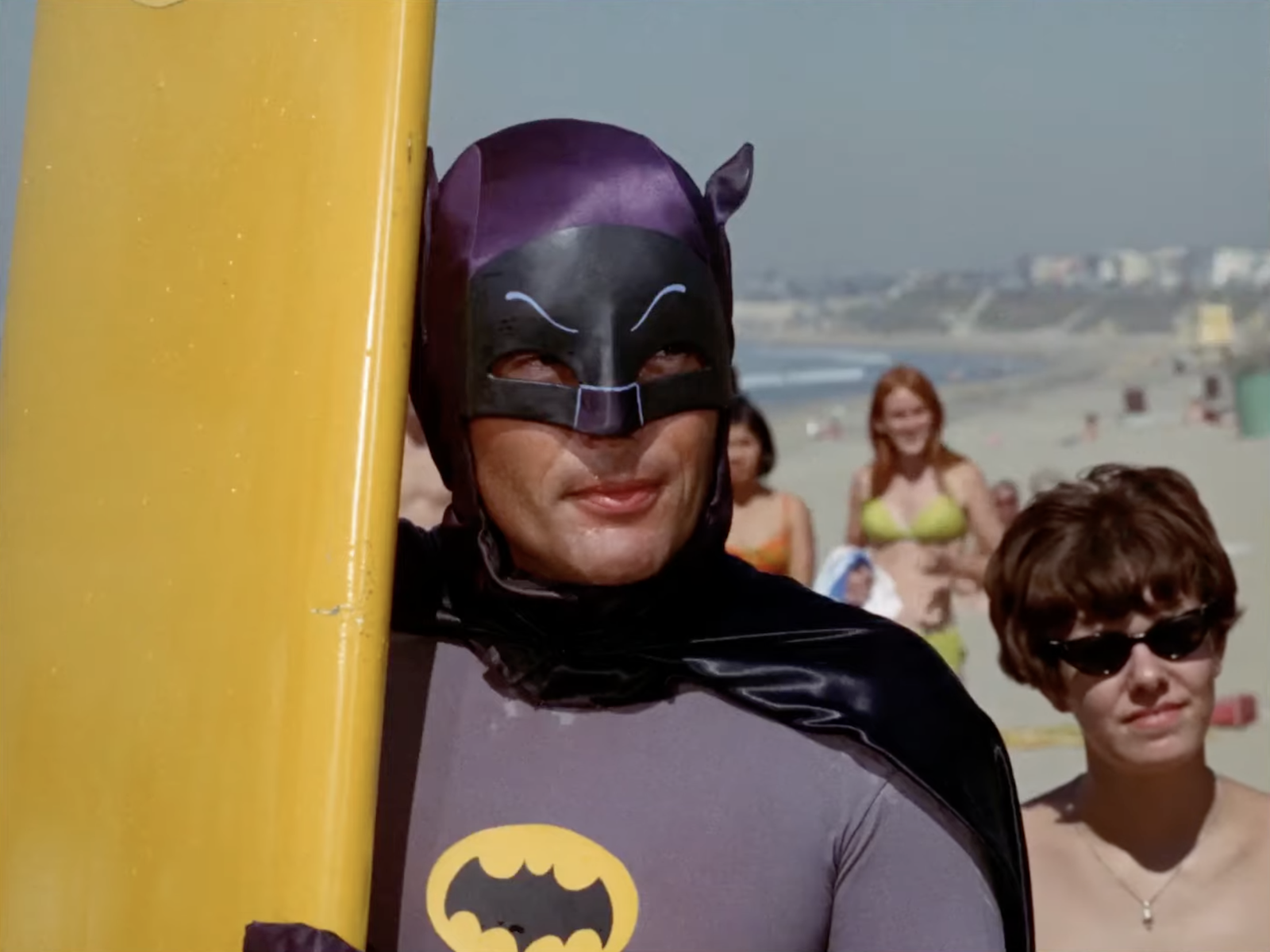 He added, “No,” multiple officers are not needed to accompany a vehicle making its way cross country on a flatbed truck, not even one as sensitive as a Batmobile.

“I would make the same request of our investigators whenever a potential crime of this nature came to my attention,” Sheriff Bolanos said, defending his actions.

District Attorney Steve Wagstaffe called off Racop’s hearing and is considering throwing the case out. “I said, hey, what about this, this and this, I want some more detail, before we make a final decision on whether this case will go forward or not,” he told ABC7.

Wagstaffe denied having knowledge of the raid and stated his office gave “Zero” approval for it. Still, he thinks Anagnostou has a civil claim. “It’s that simple, it’s a civil case,” he remarked.

“It turns out, well, for a variety of reasons. The one you wanted, the first Babe Ruth bat, got sold,” Wagstaffe said, using vintage ball bats as an analogy for the nine Batmobiles. “And you get one of the others. You still got to pay Ruth bat. It’s no different.”

The realtor and car enthusiast Anagnostou — who kept receiving threatening and off-color messages from people following this story via text and email — was going to do an interview with ABC7 to “clear his name,” his lawyer insisted on it, but he backed out at the last minute. 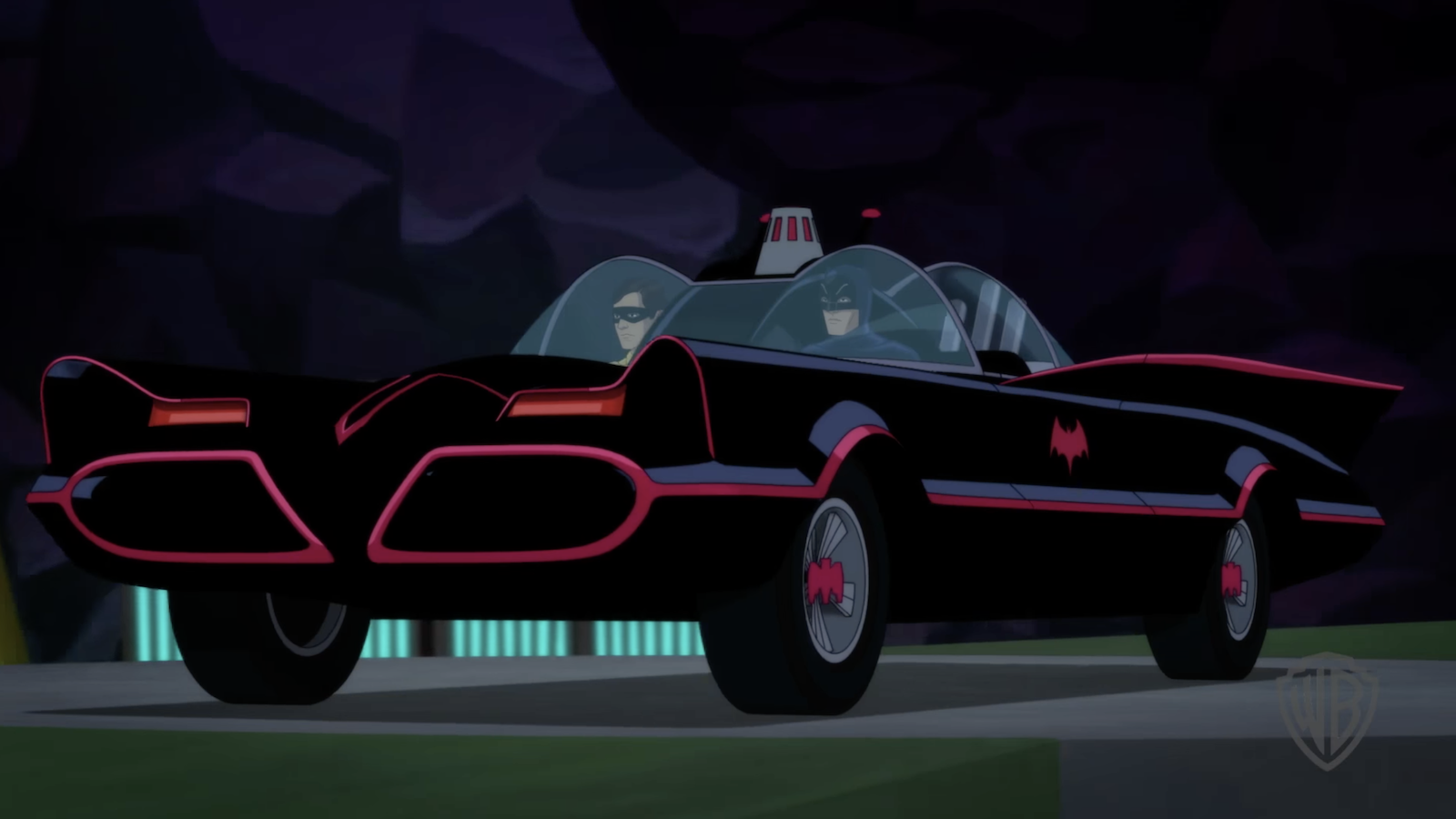 If the facts of the case weren’t weird enough, according to a 2020 divorce filing, Anagnostou got to keep the Batmobile in the settlement, among other vehicles in his collection that include a Vespa, two jet skis, two boats, a golf cart, a Lamborghini, and a VW bus.

NEXT: Fan-Altered Parody Trailer For The Batman Replaces Robert Pattinson With Adam West