One of the toughest genres to succeed in for inexperienced filmmakers is PG-13 horror movies, which are limited by the resources that they can use for maximum scares. The result is that many films resort to jump scares and loud noises to achieve their effect. 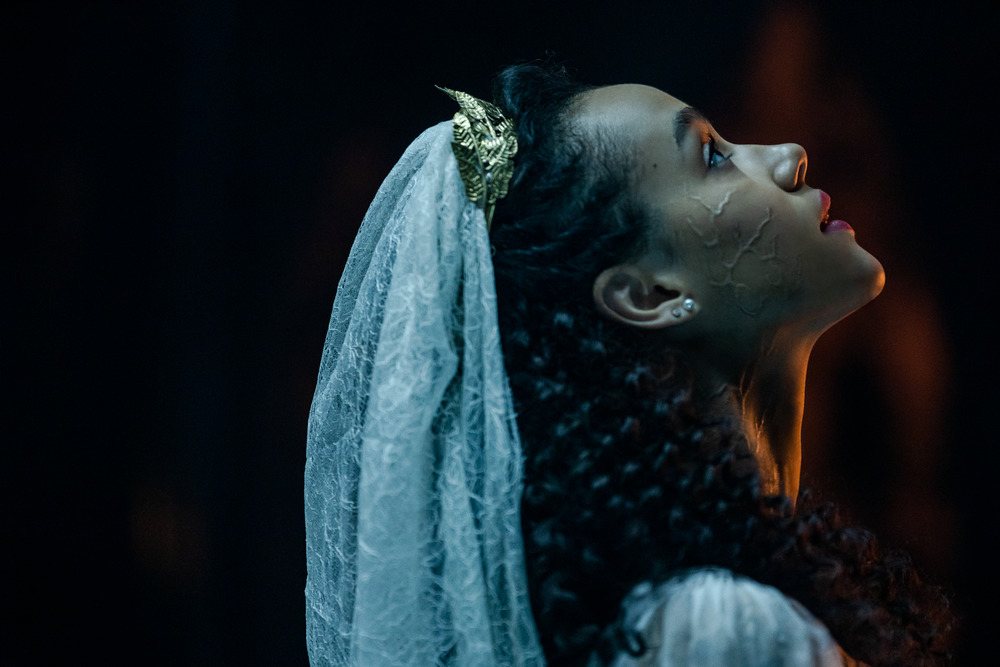 The only franchise that has succeeded in this formula is Insidious, which after over 10 years has become tiresome in its own right. When you put novice filmmakers in the role of trying to operate around these limitations, only the best creators will reach their potential.

If you are a fan of the old G4, you may have heard the name Blair Butler before. Butler was the residential comic book nerd during the heyday of the network, but since then, she has now turned her sights to writing movies. 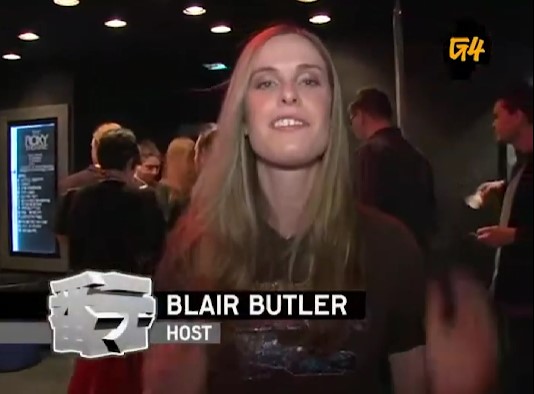 The horror genre seems to be the place to go for novice writers and directors to build and learn their craft. Just ask Jordan Peele, the man responsible for creating the recent wave of “socially conscious thrillers.” If the 2022 film The Invitation is seeking to become the female Get Out, then they clearly missed in their efforts.

The Invitation is a film about a 30-year-old woman named Evie (Nathalie Emmanuel) living alone with her best friend in New York City. Struggling with the recent death of her mother, and having no other relatives to help her grieve, Evie takes a DNA test to learn about her heritage.

She soon gets her results and discovers a long-lost cousin living in the UK. He invites her to attend a wedding with her newfound family; a lavish celebration in the English countryside which she can’t resist. 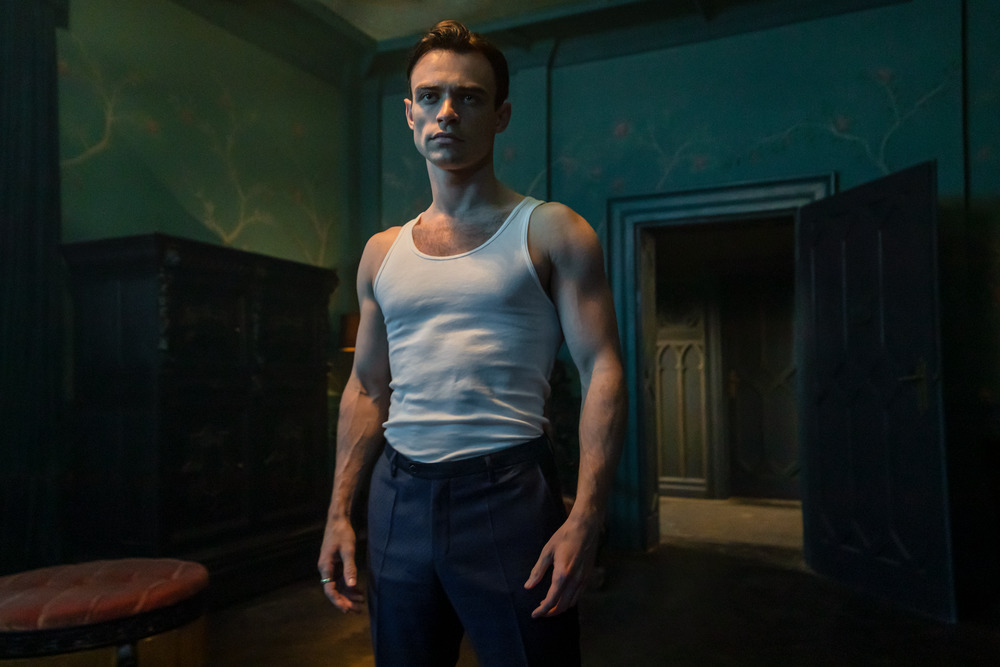 Evie meets the new family, along with a sexy aristocrat named Walter (Thomas Doherty), who she is grateful is not related to her, as he seems to be obsessed with her. Just as Evie thinks she can get used to her new settings, she notices that there is something about the house that is off. Evie’s new family is keeping a dark secret that she uncovers, revealing the true history of her bloodline.

It’s a movie that plays off of numerous tropes of old-school gothic horror films, with the promise of a romance in between. While the movie never goes full Twilight, the biggest thing working against The Invitation is that it struggles to find its own identity. The film takes bits and pieces from other popular movies that you’ve seen, and mixes them into a pot to create a clichéd concoction. 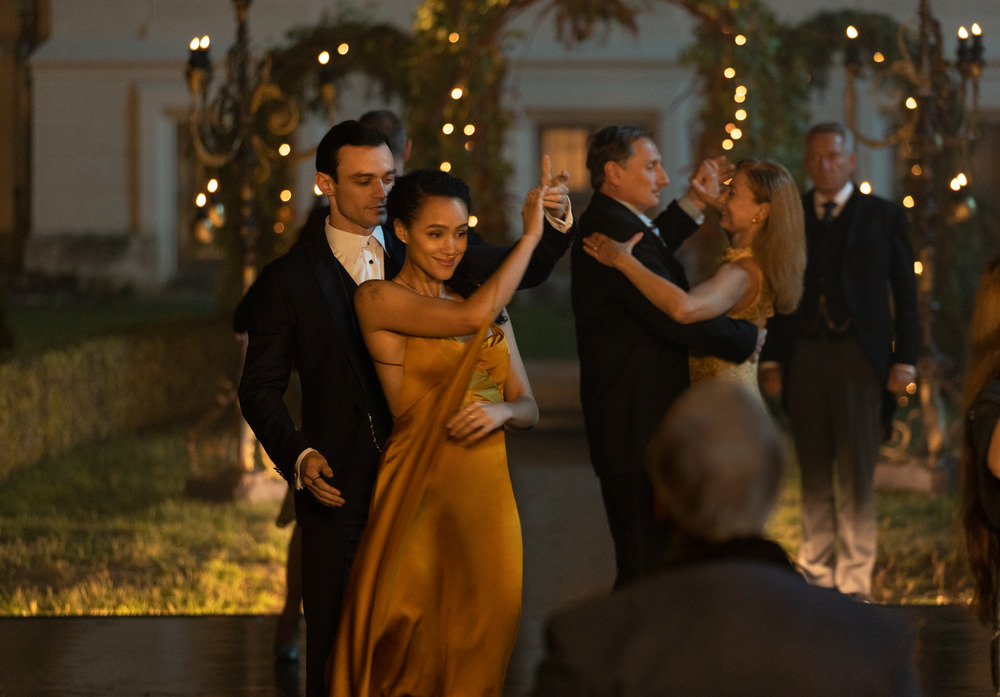 Thomas Doherty and Nathalie Emmanuel in Screen Gems in THE INVITATION

The Invitation takes a lot of inspiration from films such as Get Out, as evidenced by a story that follows the line of warning people of color about rich white families. The film even has his own sassy black best friend sprinkled into the film for nothing more than comedic relief, despite the fact there’s nothing funny about the character.

Another film that will draw a lot of comparisons is the 2019 film Ready or Not, which has a similar setup of a woman going to meet a rich, powerful family, only to discover their occult origins. Here, you have a movie that decides not to go down the route of the supernatural ghosts and demons, and instead tells the story about a historic bloodline of vampires. 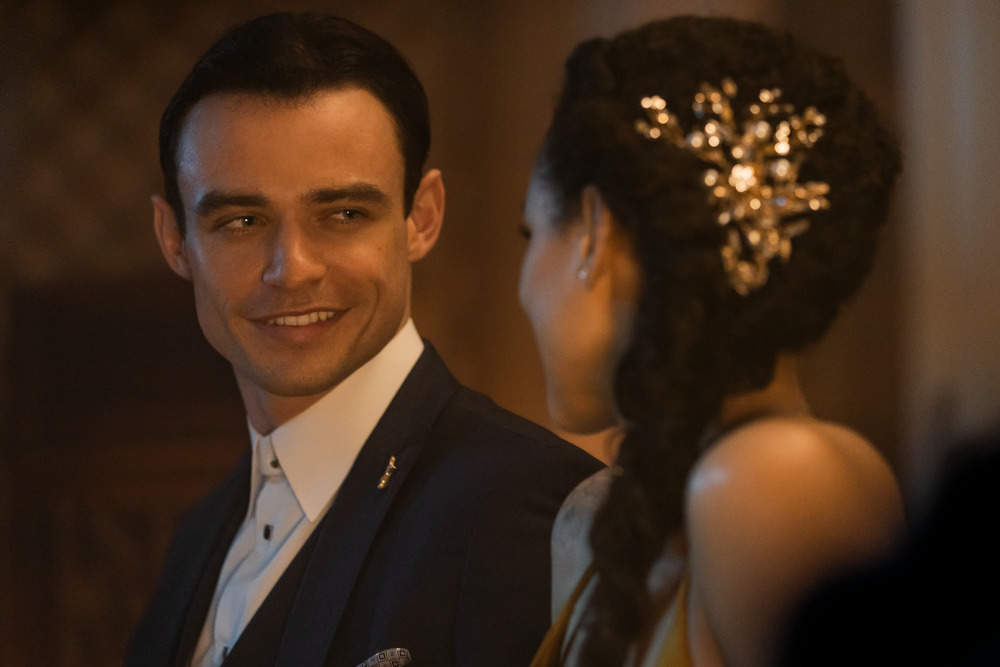 Thomas Doherty and Nathalie Emmanuel in Screen Gems THE INVITATION

The narrative has two distinct problems. First is a protagonist who is put into a fish-out-of-water situation, yet turns a blind eye to many of the red flags around her because of the good-looking Dracula-like vampire. On the other hand, you have a story that drags out the obvious twist of the family’s evil origins, because when you look at that meat and potatoes, there isn’t a lot of stuffing in the story.

The film distracts you with a giant house that gives evil Downton Abbey vibes to make up for the lack of story. The setting makes for some great exterior shots, but removed from the manor, the interior of the film is shot in the dark where it’s hard to see the fine details of the house, as the movie is trying to hide the shadowy figures in the story. 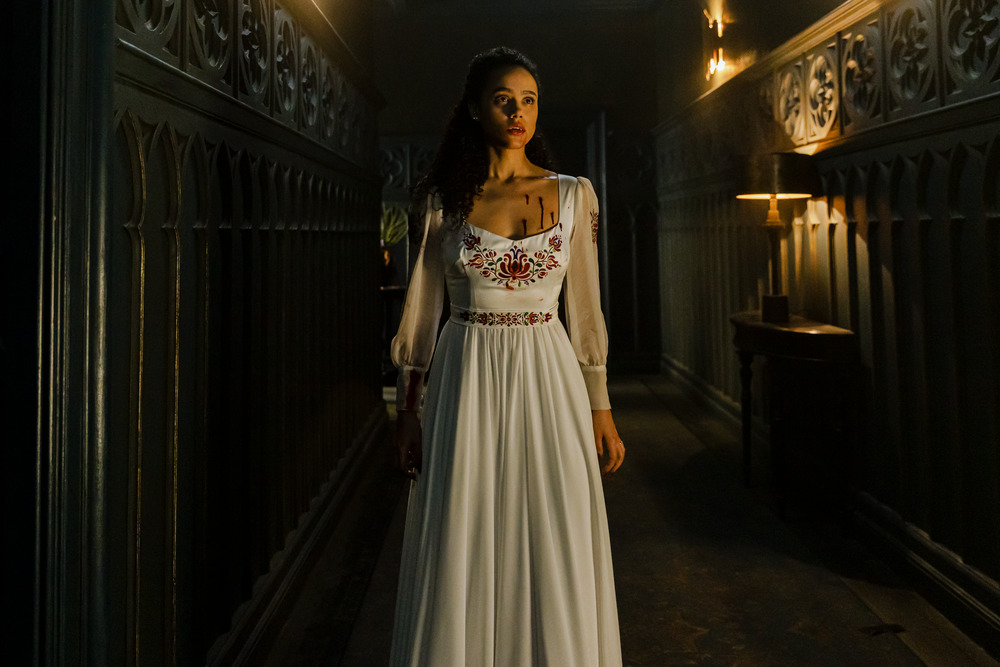 The acting has a solid number of performances that are over the top, but entertaining as they relate to the tone of the story. Nathalie Emmanuel and Thomas Doherty are fine actors; they are just not given much to go off in the writing. It’s as if the scribes overplayed their hand by thinking that this film was going to eventually lead to a sequel. If you’ve watched the trailer, then you’ve pretty much seen the entire film.

The Invitation is an unfinished idea. Despite having a solid run time, the film could have cut out 10 to 15 minutes of foreshadowing to get to the point. A film that is made for streaming and not movie theaters, it’s a cheesy, unoriginal Frankenstein’s monster of a bunch of other movies you have already seen before.

NEXT: ‘She-Hulk Attorney at Law’ Episode 2 Review – This Should Have Been The First Episode Of The Series