There’s no way around the elephant in the room – our society has become obsessed with superhero culture. From Marvel and DC Comics, to the endless supply of content that “deconstructs” the idea of superheroes across the board, superpowered crusaders have become a massive part of our culture. 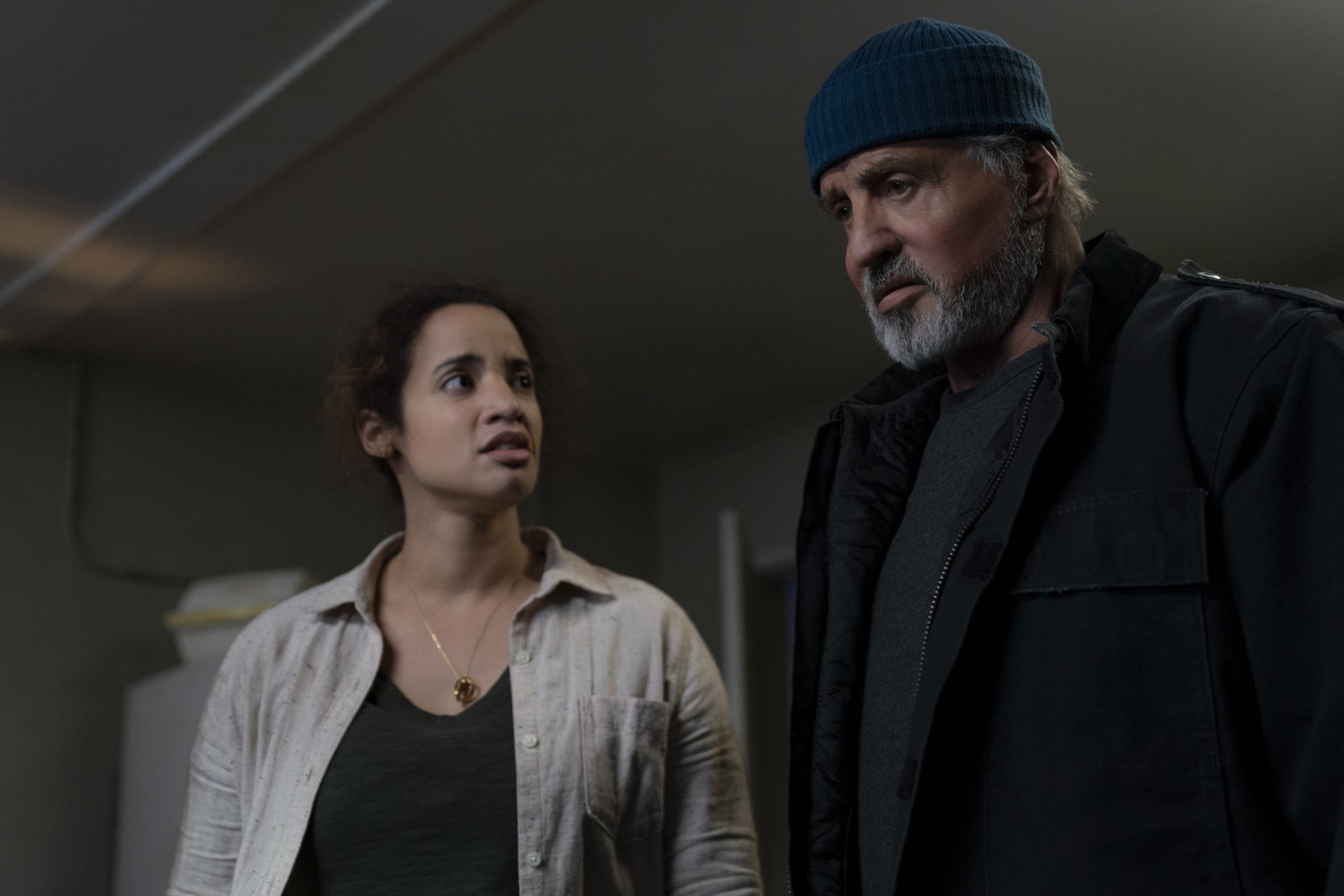 The most puzzling aspect of our superhero-obsessed culture is how so many people despise the idea of traditional heroes and villains. As nihilism has become the default philosophy in western society, many people have turned their nose up at the thought of what traditional superheroes represent, due to their perception of heroism as a flawed idea.

The deconstruction of the superhero is something that has become massively popular with the Amazon Prime show The Boys, but it’s also the home of a new superhero-adjacent project produced by Sylvester Stallone. This is not a film that adopts the nihilistic reality of Seth Rogen. Stallone’s old-school approach to good and bad makes Samaritan a more realistic take than what we have seen before.

Samaritan is a film set in the fictional town of Granite City, once home to superhero twin brothers named Samaritan and Nemesis. The brothers displayed superhuman strength, but adopted different ideologies, leading to a battle that seemingly caused both of them to perish. However, rumors persist that Samaritan is actually still alive.

Sam Cleary (Javon Walton) is a teenage boy living in Granite City trying to help his mom earn some money as they both struggle financially. Sam accepts a job work for Lil Pump look-alike Reza to assist his gang in low-level robberies. 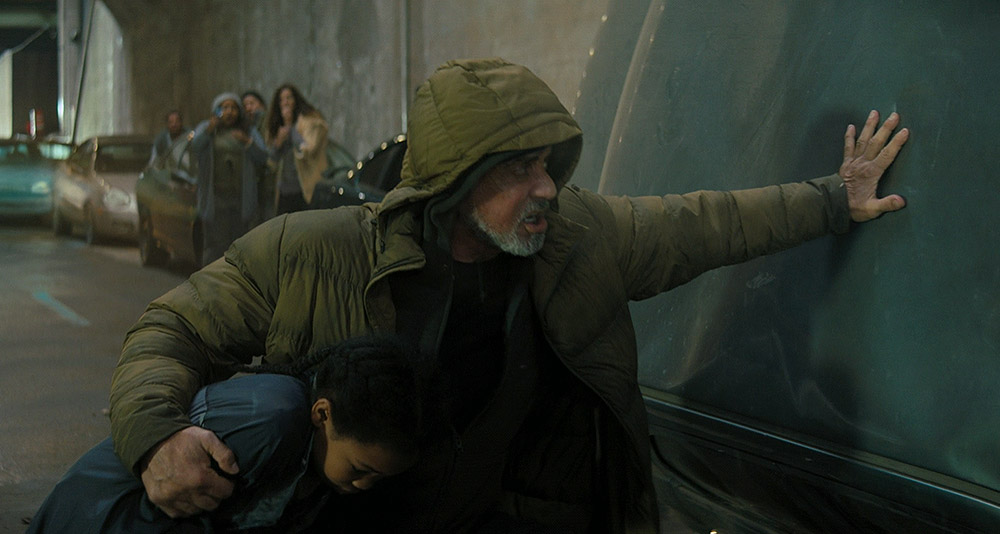 The gang’s true leader Cyrus (Pilou Asbæk) gives Sam $110, which makes Reza jealous. When Lil Pump and his friends later attack Sam as payback, they are attacked by a garbage collector named Joe Smith (Stallone). Joe shows off his super-strength, causing Sam to suspect that he is the Samaritan. Meanwhile, Cyrus finds Nemesis’ hammer, and claims to be the new Nemesis in honor of his hero, sparking riots and chaos throughout the city.

Samaritan is a film that touches on the same conflict of heroes and villains that many other superhero contents have done in the past. The film cultivates the story of two brothers who find themselves on opposite sides of the superhero conflict. In modern contrast, we have 2 characters who idolize these brothers from different perspectives. 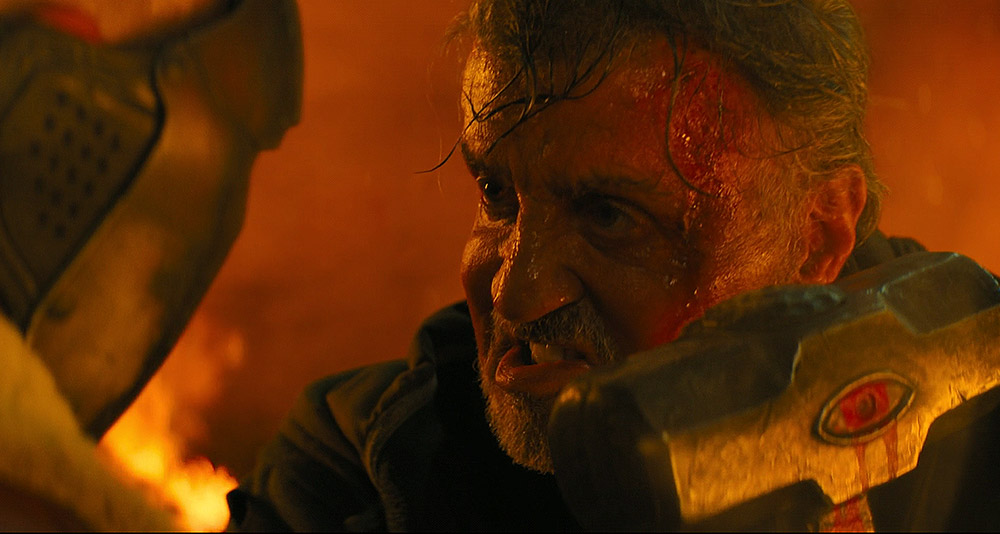 Both of these characters come across Stallone’s character of Joe, who was the only one who knows the true nature of both Samaritan, and Nemesis. Stallone as a man who was in the twilight of his career fully embraced being the underestimated old man in the story.

The film is full of colorful and over-the-top characters, but for the sake of the story most of them are not as fleshed out as they need to be. Take the character of Cyrus, for example, the contrast to Sam on the villain side of the story. However, we’re only told how much he idolizes the character of Nemesis, and we’re not showing the impact that that character had on his personality.

The film fumbles Lee potential as well as number of characters including Sophia Tatum as Sil, who isn’t given anything more than being a textbook baddie. The flushing out of characters of the difference would have turned this from a good movie to a great movie.

While the final details of the story can be used for some polishing, Samaritan finishes the film with a very strong third act full of intense action, conflict, and a pretty entertaining twist that turns the dynamic of the story on its axis. The film doesn’t go full Punisher, and instead opts to mix the superhero dilemma with old-school urban vigilante cinema.

Stallone fans are going to get more of their fix of the Expendables star to get their money’s worth. “If it were only bad people doing bad things, it would be easy to get rid of them. But the real truth is that good and bad live in everybody’s heart. It’s up to you to make the right choice — and I know you will.” is one such ex

In case you’re living under a rock there isn’t a whole lot to be excited about as far as 2022 film releases go. If you’re tired of watching “Top Gun Maverick” for the fifth time this year, you would be better served to check out Sylvester Stallone in one of the biggest Dark Horse hits of the year.

Those looking for their superhero fix may not be able to see Shazam! Fury of the Gods this year, but Samaritan fills that void at a much more convenient price.

NEXT: ‘Beast’ Review – An Apex Predator Takes On A Man And His Two Unlikable Daughters