Less than a year after season four touched down, Cobra Kai has returned with a brand new fifth season that picks up directly after the bittersweet events of the All Valley Karate tournament. The fallout of that competition threw many characters into various tailspins, and season five attempts to reconcile them all, while a dominant Terry Silver expands his reach. 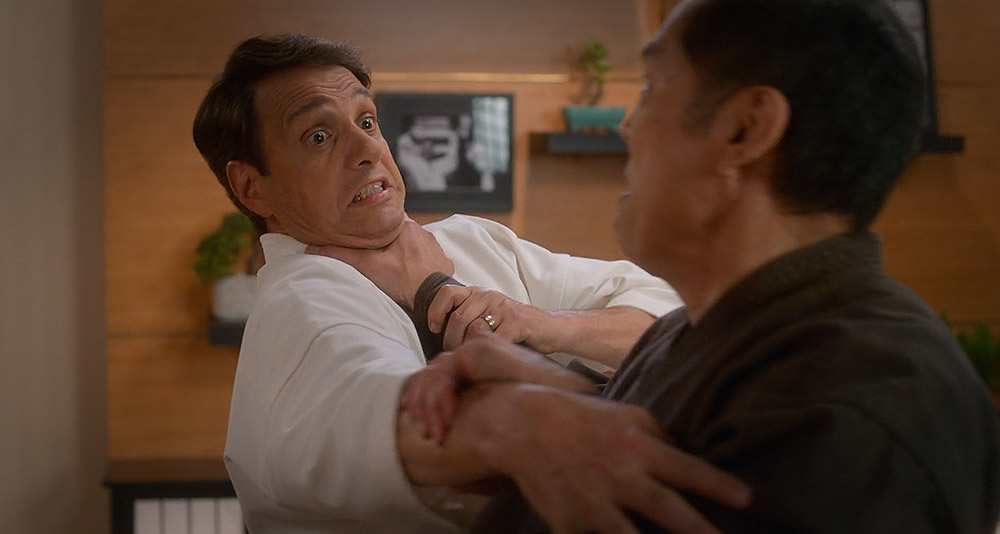 Previously, I heaped some criticism onto season four due to some of the subplot pacing and predictable character drama. Some of that is still present in season five, though it tends to resolve itself before the mid-season mark, paving the way for a nail-biting third act with major consequences attached.

Nostalgia continues to be a major feather in the show’s cap, with two key characters making wonderfully welcome returns in season five. The old guard intertwines well with the younger characters who each have their personal battles to fight, and both are tied to a villain who uses torment and manipulation as his main weapon.

After losing the All Valley Karate tournament to Cobra Kai, Daniel LaRusso decides to shut down his operations at Miyagi-Do, as per his bet with Terry Silver and John Kreese. However, in the background, he’s working with his old rival Chozen to try and pinpoint Silver’s weakness before he can expand Cobra Kai across the valley. 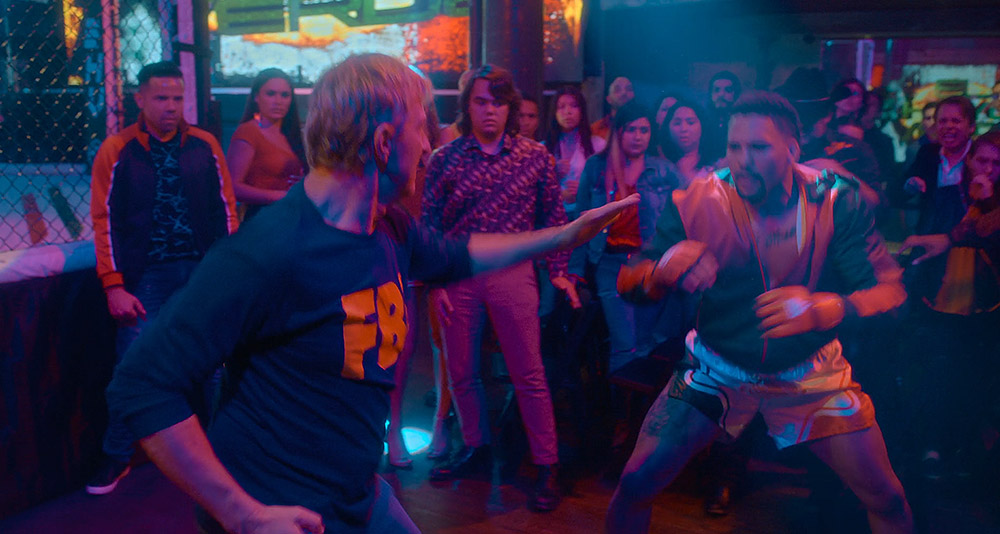 Things don’t go according to plan, with Silver anticipating their every move, and staying one step ahead of their plans. Meanwhile, Johnny and Robby embark on a road trip to Mexico to find Miguel, who abandoned his spot at the tournament to find his long lost father, and seek some answers about his past.

Caught in the middle of the schism are Daniel’s former students and the Cobra Kai crew, who have grown larger and much stronger than they ever were. Silver continues to poison their minds in an effort to harden them for the battle of a lifetime – one that could take Cobra Kai worldwide. 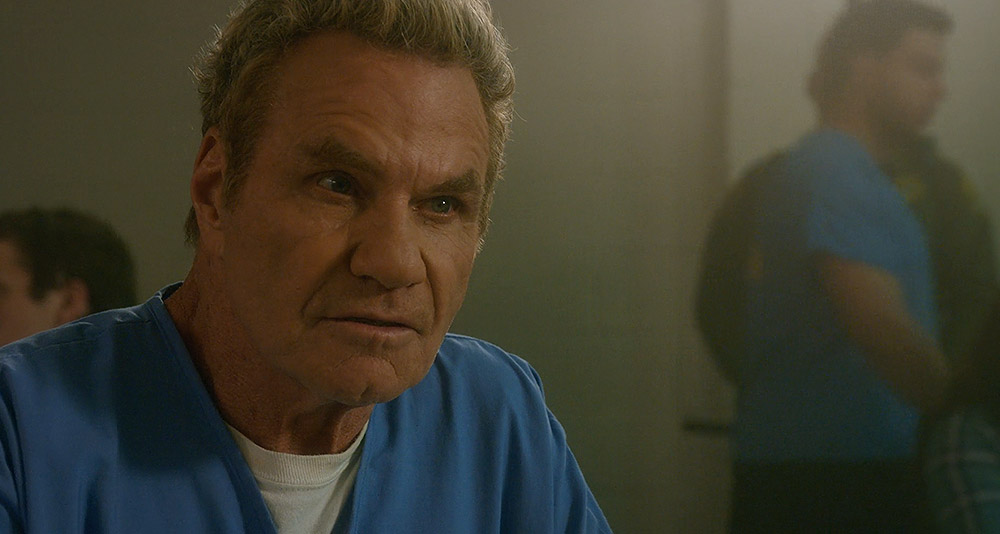 And finally, there’s John Kreese in jail for a crime he didn’t commit, even if his past actions no doubt warranted his incarceration. After being double-crossed by Silver at the end of season four, he’s out for blood, but the real test of his mettle is life on the inside, with nobody to focus on except himself, and his life choices.

Season five of Cobra Kai manages to take a previous weakness and turn it into a strength…somehow. The Karate Kid franchise was always a bit over-the-top and flamboyant in the traditional 80s style, but Cobra Kai started going down a road of unbelievability near the end of the third season. By the time the fourth rolled around, it looked as if the show had jumped the shark. 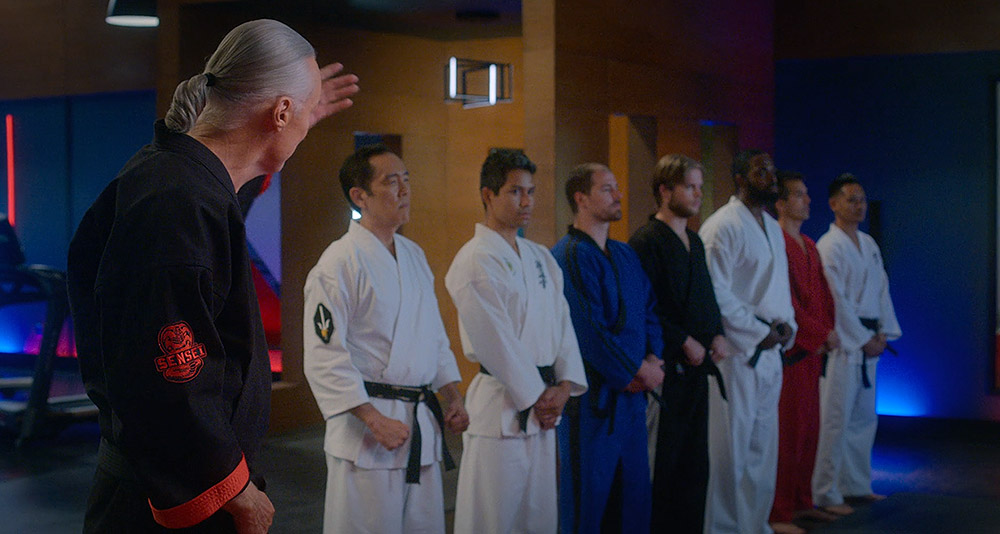 And perhaps in some ways, it did. However, it also managed to land upright in the water, instead of wiping out and going under. Season five is far more flashy, glitzy and outrageous than previous seasons, but it’s almost as if the initial shock of the tonal shift has died down, and it now feels somewhat natural. That’s a good thing, because if it had failed, the show would have KO’ed itself in no time flat.

Cobra Kai continues to pay fan service by the truckloads with the reintroduction of Jessica Andrews from The Karate Kid III. The shock of her sudden arrival near the mid-season was incredible, but even more so given the new revelation that she is Amanda LaRusso’s cousin, who first introduced her and Daniel sometime after college. 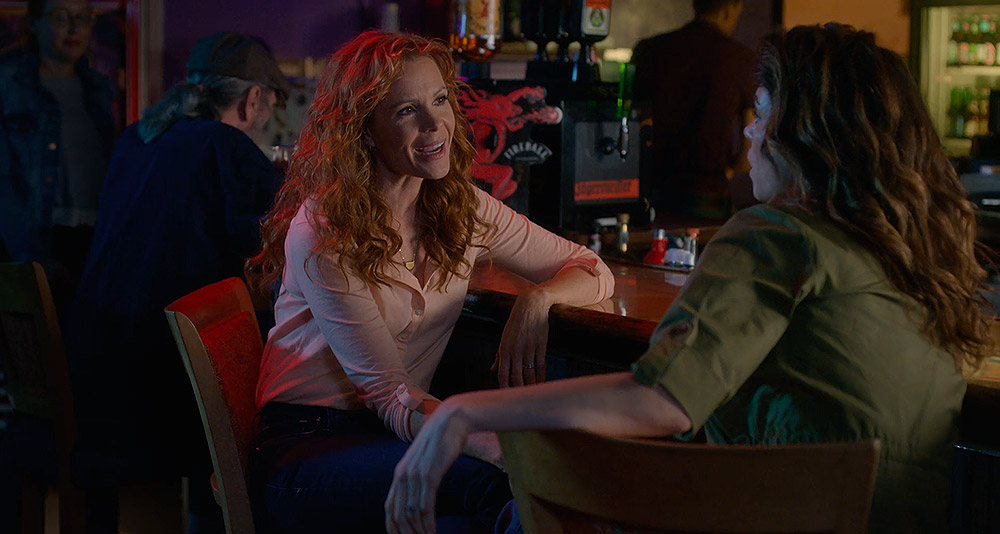 Jessica and Amanda in a bar in Cobra Kai, season 5

She’s only in the show for one episode, but it feels like another full-circle moment that was meant to pay homage and respect to yet another classic character. However, Jessica’s not the only third entry character to make a reappearance. Daniel’s nightmarish nemesis Mike Barnes returns to the Karate Kid fold for the first time in decades, and it’s one for the ages.

The only gripe about the Barnes character’s return is that it felt too much like Chozen’s redemption arc. He’s a far cry from the ruthless and ambitious young tyrant of the third Karate Kid film, who taunted Daniel as he lay writhing on the mat in pain. Here, Barnes is a changed man with a wife and a comfortable business to his name, and it all seems a bit too neat. 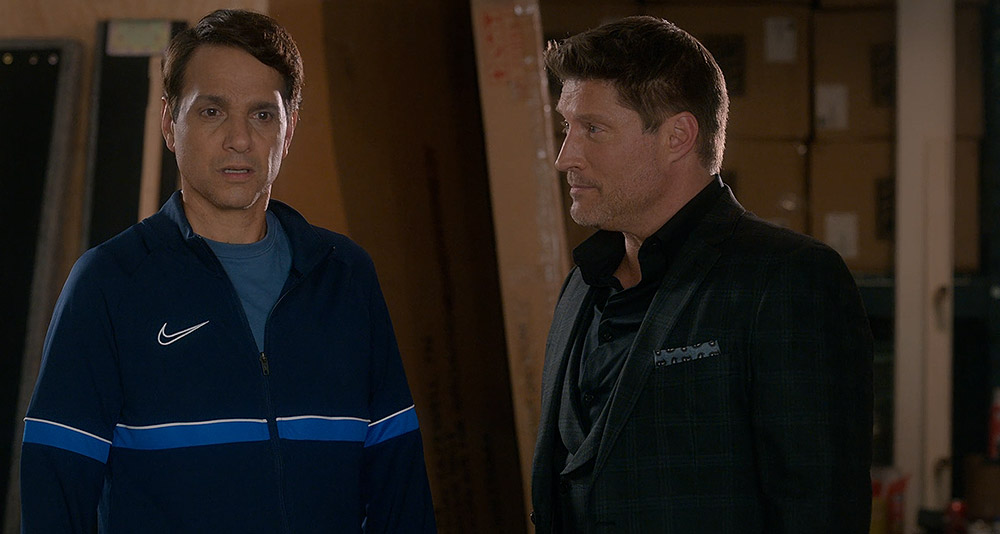 However, Barnes does make a reappearance in the third act in a pretty significant way, and it was nice to see him involved in the project as a whole.

The fight scenes are on par with previous episodes, and vary between those well choreographed, and others that look a bit slow and rehearsed. It’s a mixed bag, but credit should be given to the stunt coordinators, fight choreographers and cinematographers who tackle some of the biggest fights in the series’ history. 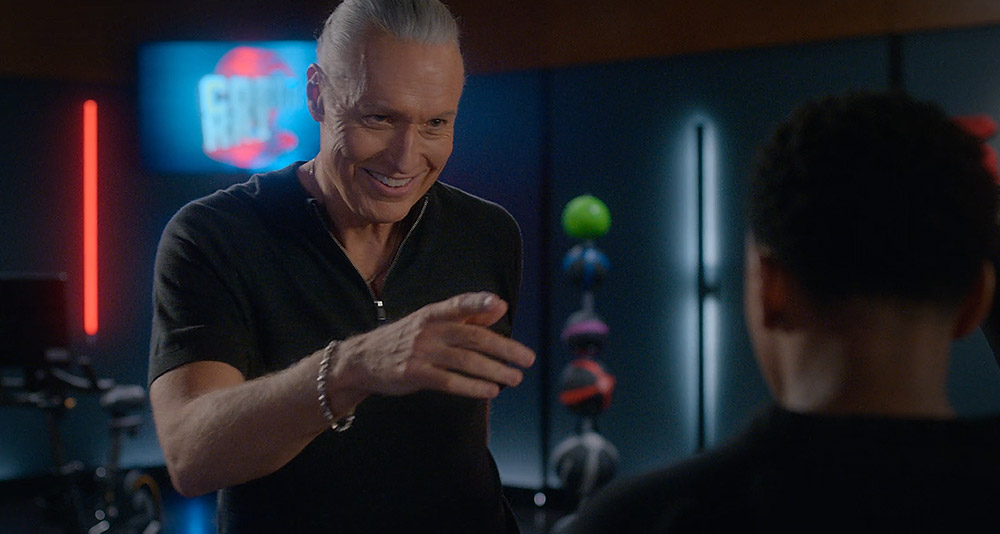 And of course, Thomas Ian Griffith continues to shine as Terry Silver, a love-to-hate-him villain with incredible screen presence and wicked charisma who finally comes into his own without Kreese to steal his thunder. Silver’s ambition runs deep, and his plans for Cobra Kai mean that he willingly ups the stakes for the child soldiers under his command.

While the season does start off a bit disjointed and weird, it quickly finds its footing by the fourth episode, and things kick into high gear. It culminates with a final episode that is full of unexpected twists, surprises, and several fights that lifelong Karate Kid fans have been waiting since the 1980s to see play out on screen. 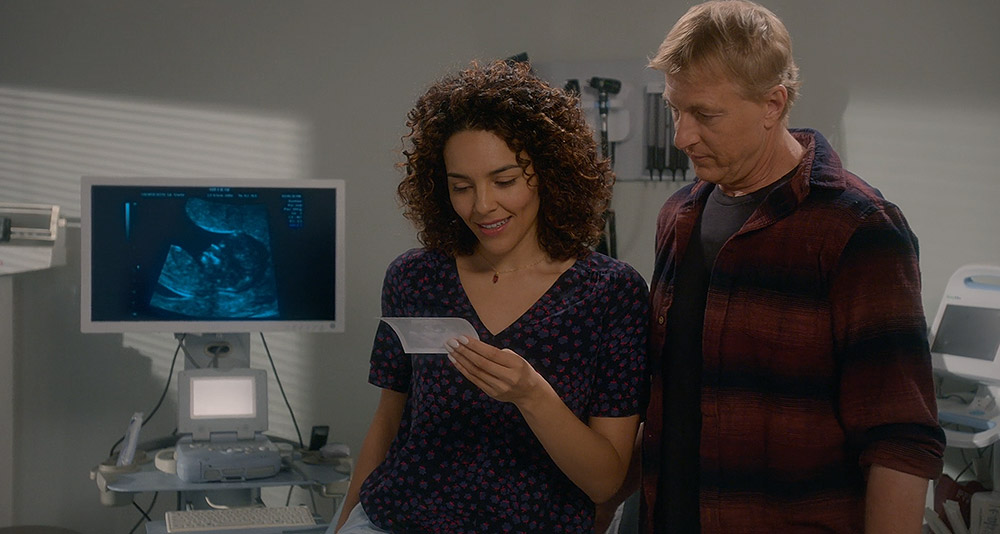 Carmen and Johnny look at a sonogram of their baby in Cobra Kai, season 5

For those worried about the presence of Wokeness, don’t be. Season five is completely devoid of it. In fact, one of the best aspects of the season is just how non-Woke it is. In one subplot, a pregnancy becomes the main focus, and it’s treated with the utmost respect, right down to the sonogram. There isn’t a single mention of abortion anywhere. Instead, the season champions the importance of family at every opportunity.

Also, the show ignores Left-wing drivel about “toxic masculinity,” once again acknowledging the differences between boys and girls, as it did in season four. One subplot involves Johnny trying to heal the rift between Miguel and Robby with talking and team-building exercises, but when those fail, he encourages them to beat the living tar out of each other. 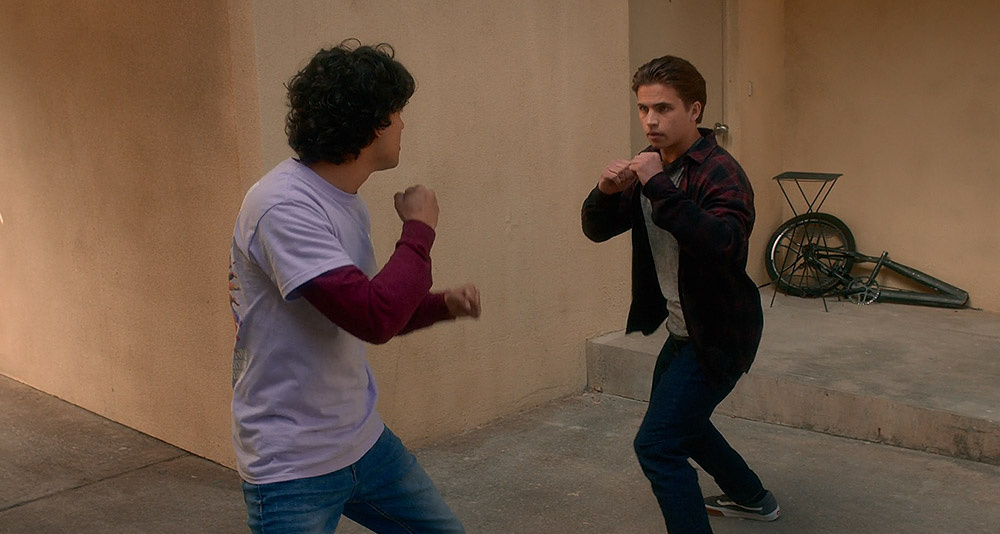 Miguel and Robby settle a score in Cobra Kai, season 5

RELATED: Cobra Kai Comes Under Fire For Its “Whiteness,” Lack of Asian Lead

This is a reflection of the real world, where two males must sometimes engage in a fight in order to hammer out their differences, and get the animosity out of their systems. Massive love and kudos to Cobra Kai for acknowledging that men sometimes need to handle their disputes differently than women, because we are actually different.

Every season of Cobra Kai makes its share of mistakes, and season five is no different. Miguel’s trip to Mexico to find his father was a major cliffhanger at the end of season four, but the entire plot arc gets wrapped up by the end of the second episode, which feels like a colossal letdown. It’s a wholly unnecessary story that didn’t need to be there in the first place, but at least it shifts the scenery a bit. 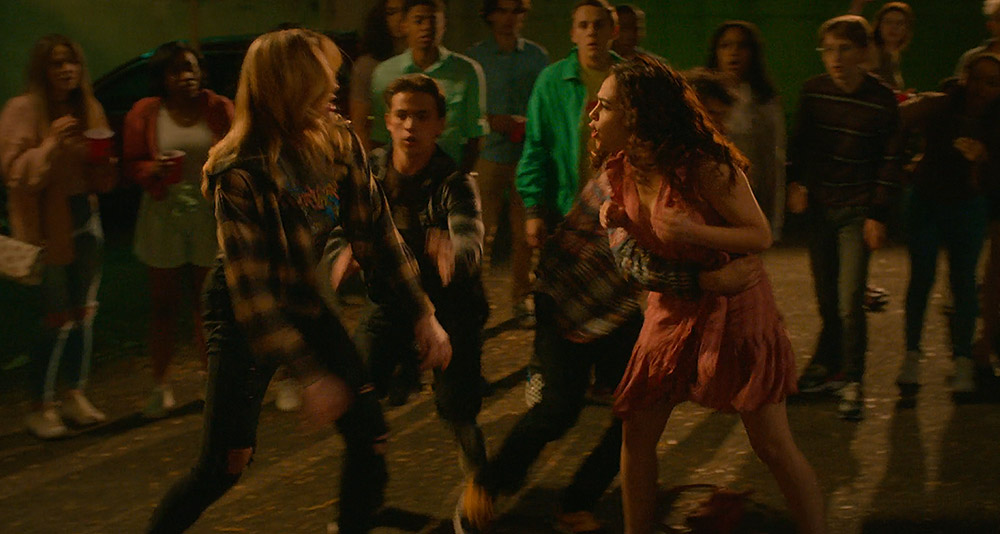 The drama between characters is still there, and perfectly predictable. Person A confronts person B, and they argue back and forth without revealing perfectly logical information that could solve the dispute right then and there. Person B storms off, leaving person A sad and confused. It’s par for the course, and of all the things I wish Cobra Kai would change, it’s this particular cliché. 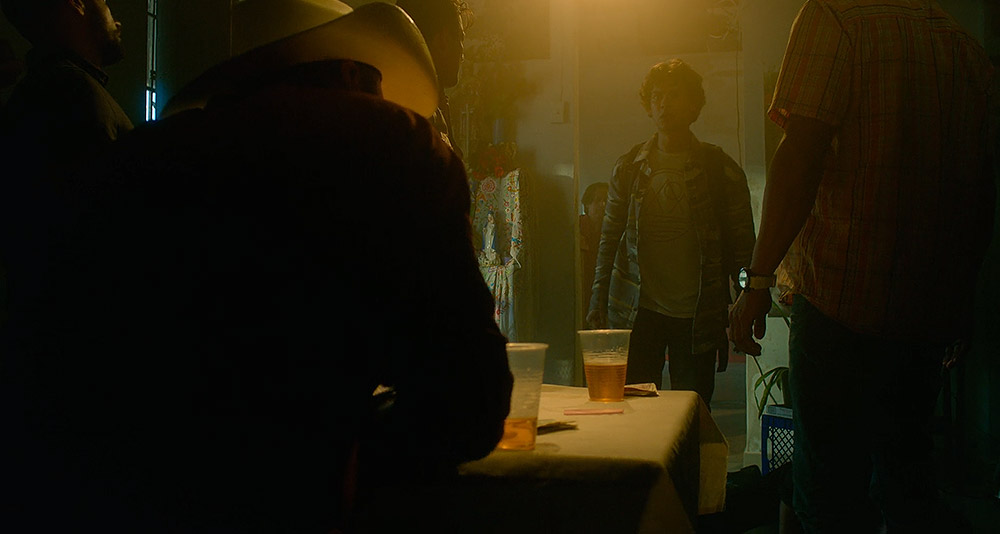 Miguel searches for his dad in Cobra Kai, season 5

Season five is also guilty of letting the F-bombs fly in record numbers, with a shocking majority occurring in the very first episode. The Karate Kid franchise has always been one that parents should share with their children, and Cobra Kai is no different. This is such a good show, but this kind of coarse language puts it out of reach for most young audiences, or at least, it should.

Cobra Kai has left all semblance of reality and sense behind, but in some ways, it’s actually like a cool drink of water. Much like the 80s movie franchise it was based on, Cobra Kai has fully embraced the beautiful silliness of the decade, and learned to craft a fun and entertaining show out of it. 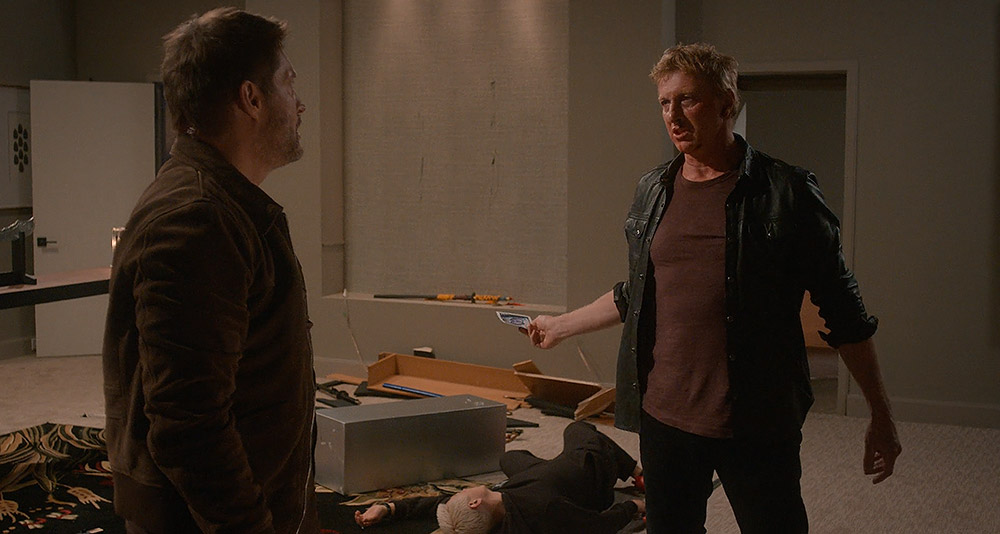 The finale ends on a rather sudden note, with several major developments that make it difficult to envision where the next season will go. That might also be a good thing, provided the writers haven’t penned themselves into a corner. The biggest problem with shows that go big for the sake is that they eventually burn all their fuel sooner, rather than later.

If they aren’t careful, the next season could become an unintelligible cacophony of clichés, dead-end subplots and regurgitated love triangle dynamics. Of course, I feared that fate for season five, only to thankfully be proven wrong. Whatever happens, Cobra Kai’s next season will need to top everything that came before, and it’s difficult to imagine how. 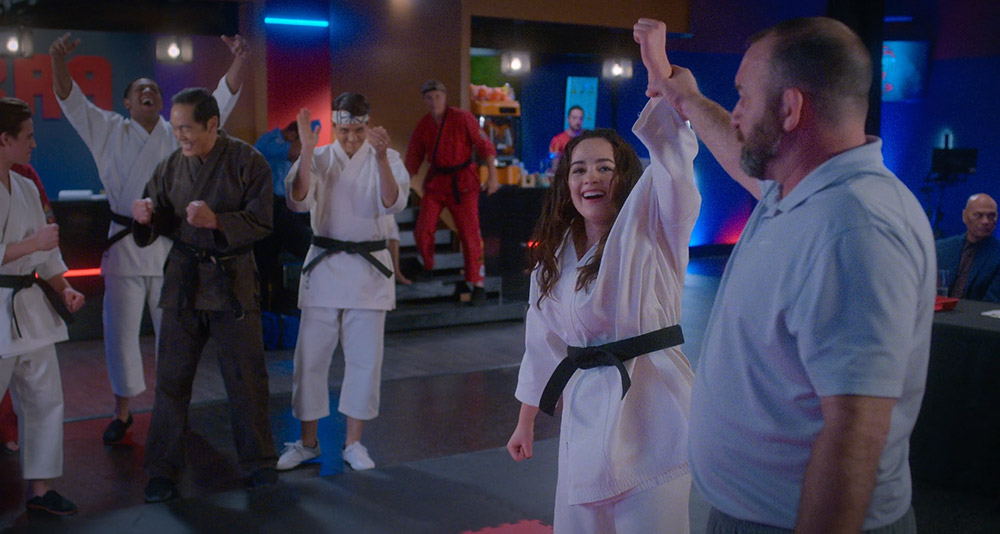 Perhaps it’s better that season six is the last, lest it risk destroying the beloved Karate Kid mythos before the final curtain falls. With a show as rabidly popular and successful as this one, it can be hard to know when to call it quits. Perhaps it’s time the showrunners took a page from Jerry Seinfeld’s playbook, and get out while they’re still on top.