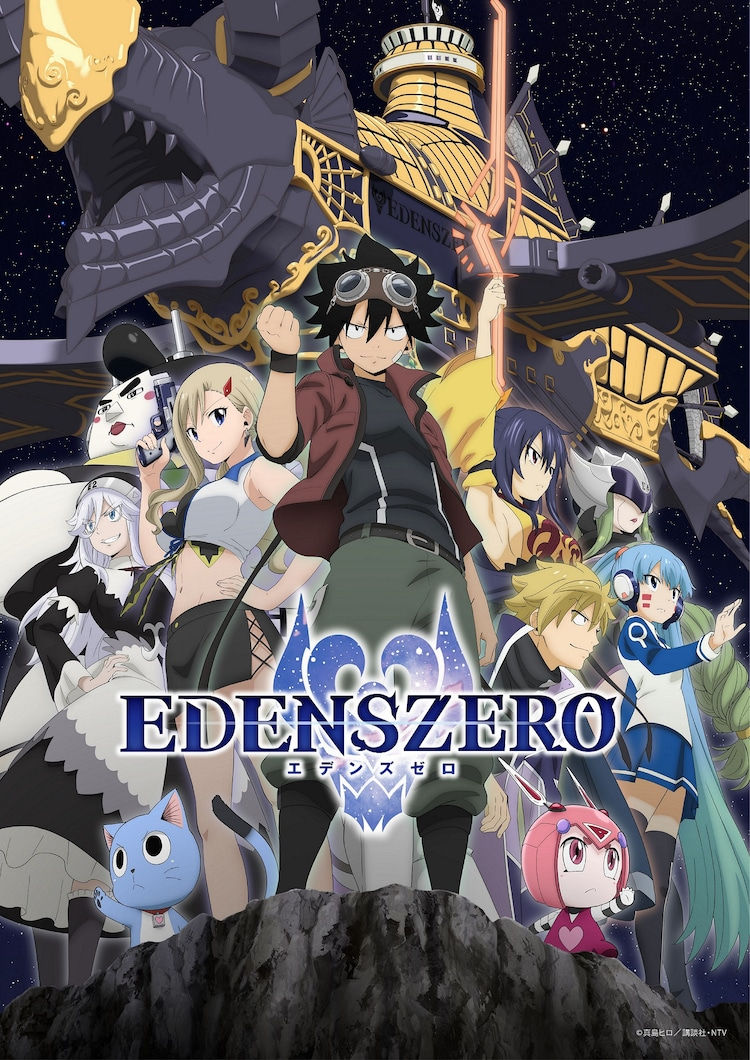 Making its debut on September 16th on the series’ official website, the trailer confirms that the second season of Edens Zero will both tackle the Belial Gore arc and introduce audiences to the first true antagonist of the series, Drakken Joe. 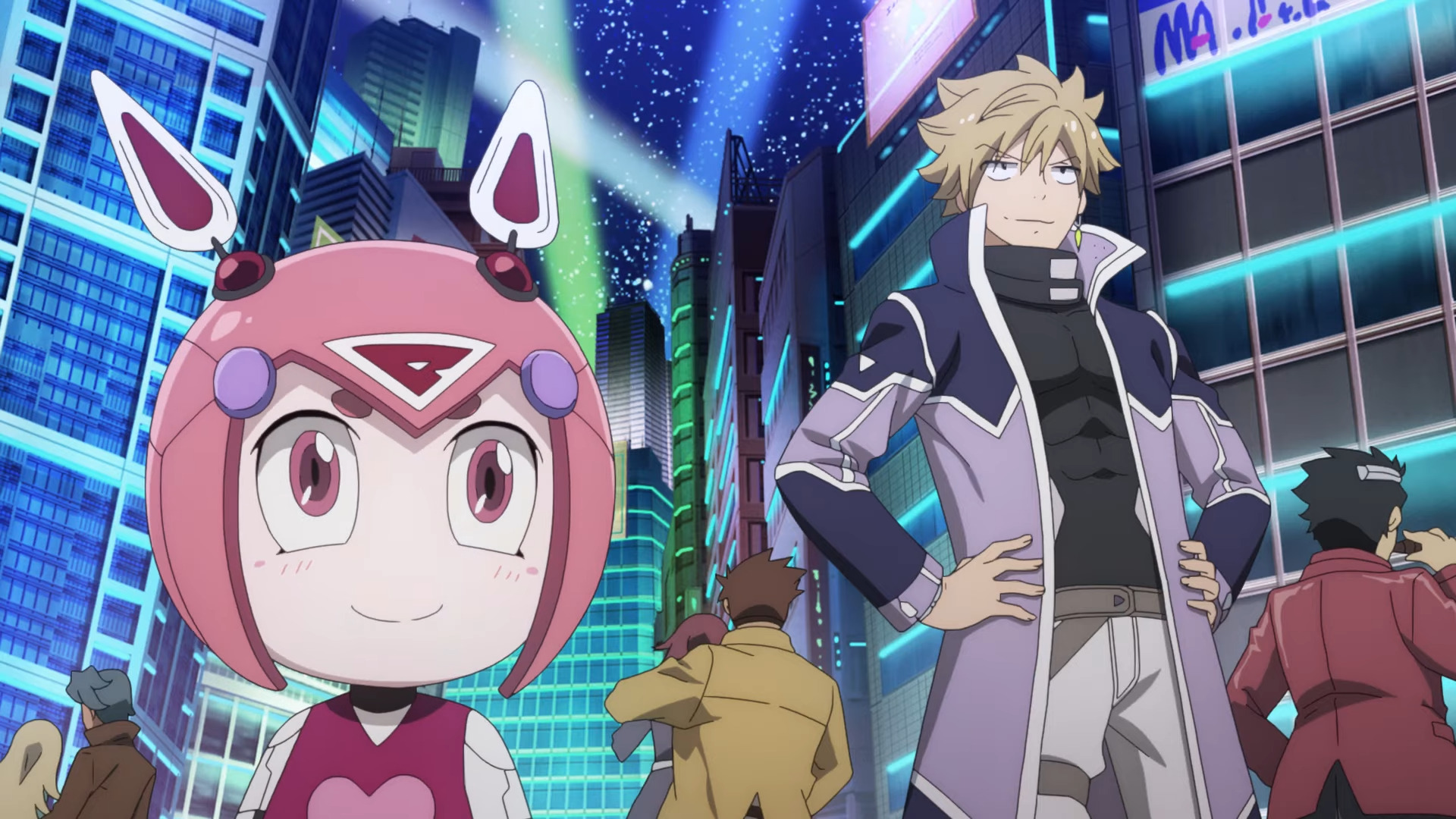 Stunned by the scene, Rebecca is late to take notice of an incoming ‘dream’ missile headed her way, surviving thanks only to the last minute intervention of Shiki.

The trailer proceeds to the man, the myth, the legend, the Dark Alchemist himself Drakken Joe (CV: Taiten Kusunoki – Thorgil in Vinland Saga), who is seen in all his tyrannical glory informing the crew of the Edens Zero that they may be experiencing some upcoming turbulence thanks to his special elite military task force, the Element 4. 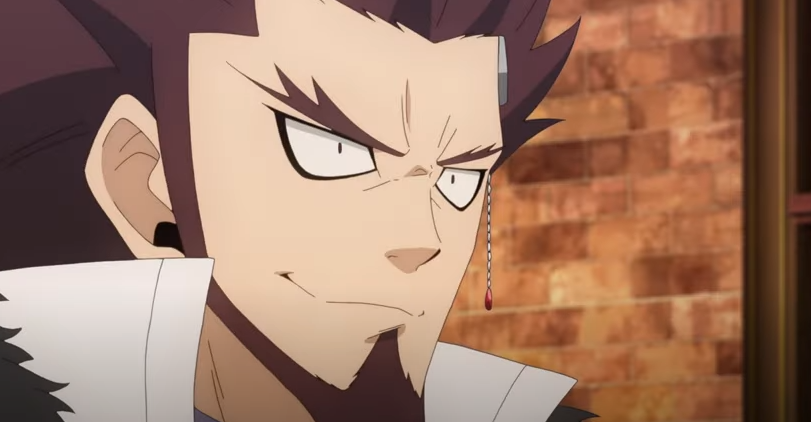 Made up, as the name implies, of four members, each of the Element 4 possess an Ether Gear which represents one of the four fundamental elements to Drakken Joe’s alchemy. 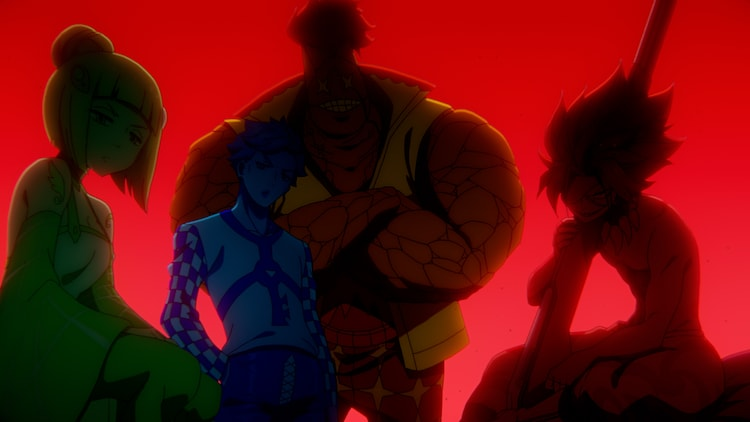 Laguna “Spirit of Water” Husert represents Drakken Joe’s water alchemy. Not only can he manipulate the element as he pleases, but if anyone who cries in front of Laguna his Ether Gear, Tears Lover, will activate and turn the sobbing party into a puddle. 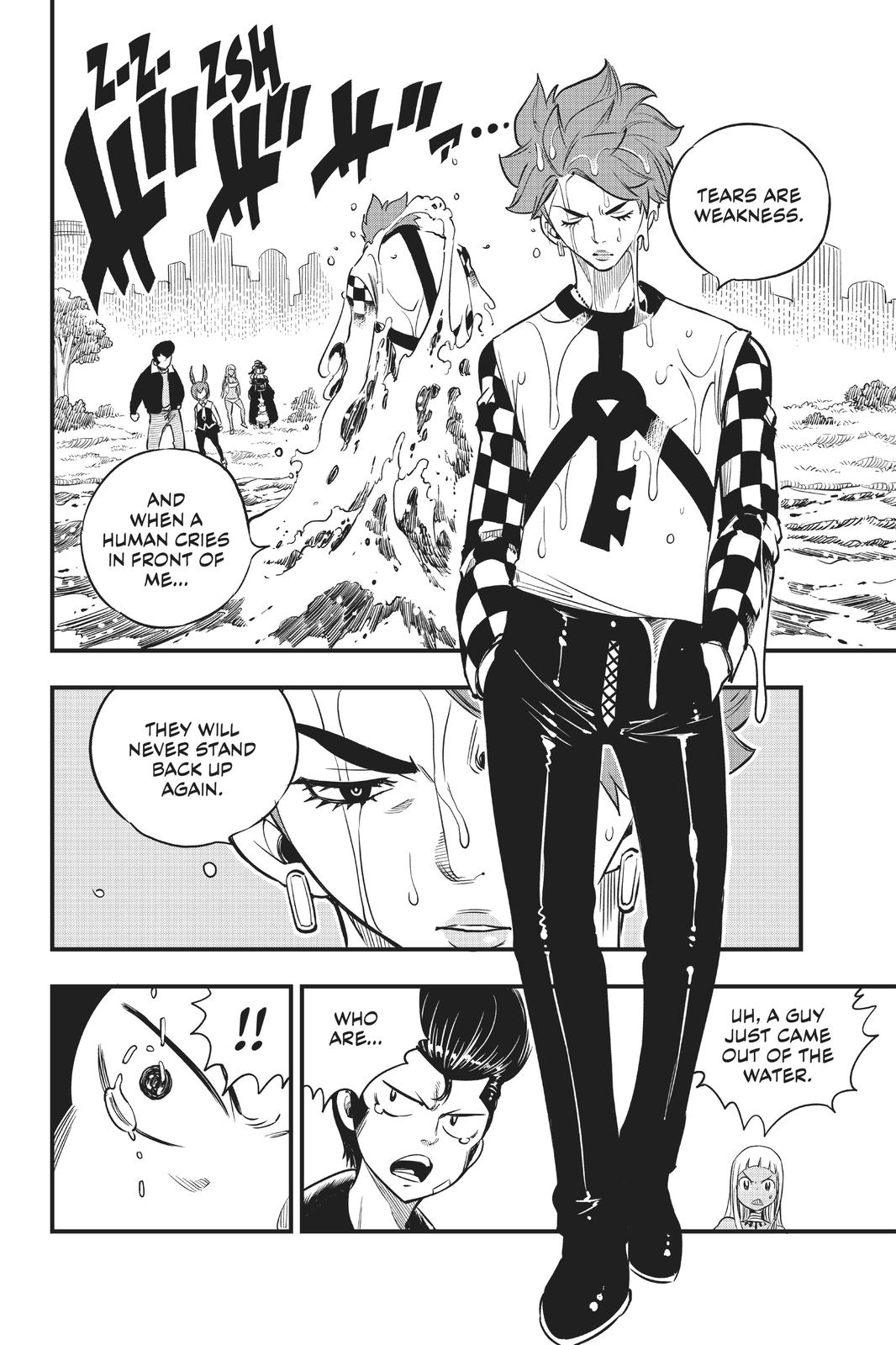 With his perfect aim and Flame Ammo Ether Gear to ignite his bullets and body aflame, the sadistic “The Flame Sniper” Fie is constantly fired up to burn his enemies out of existence. 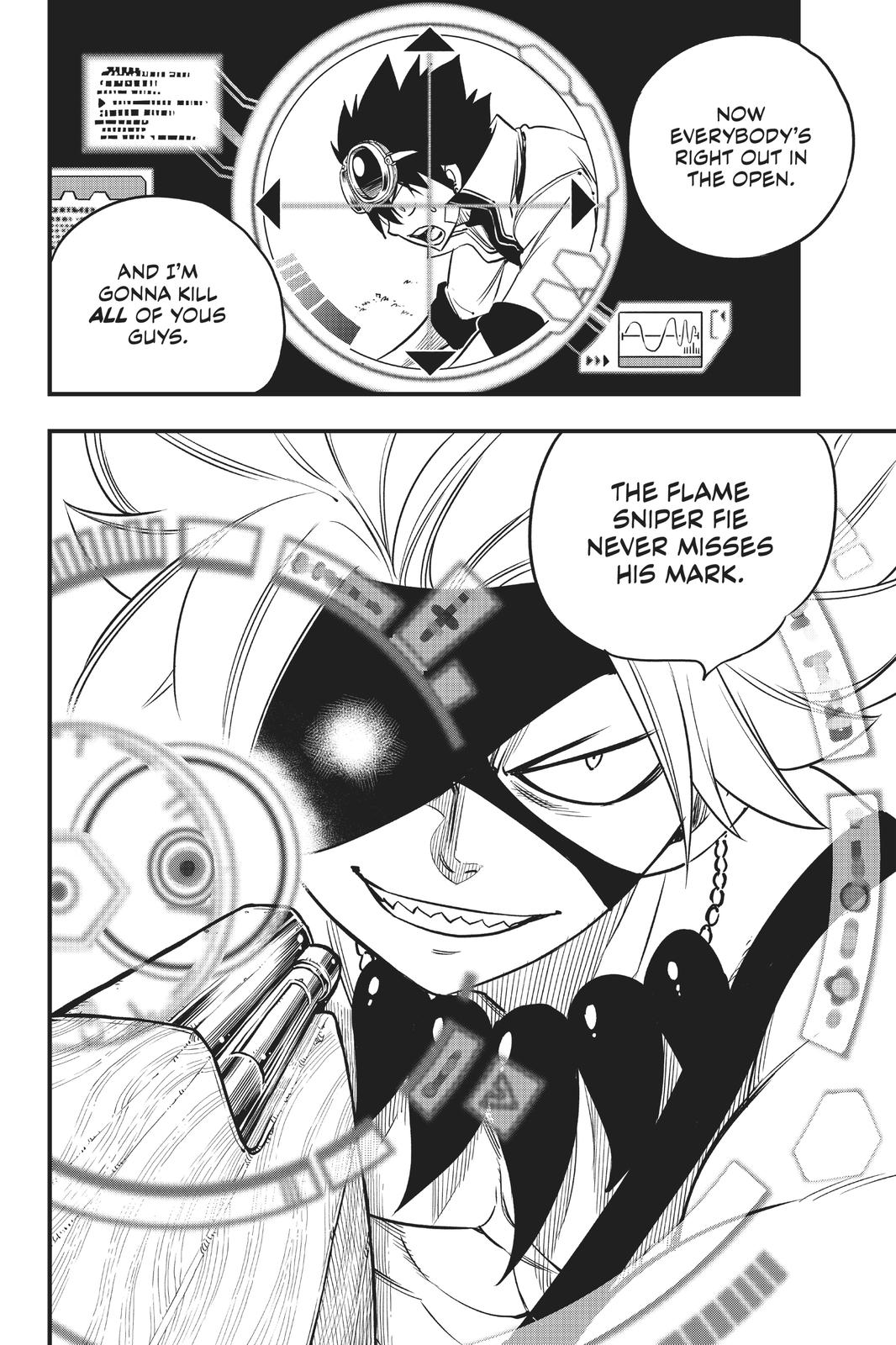 Using the currents of the wind – or even the vacuum of space – to snatch more than just hearts, Kleene “Sylph of the Wind” Rutherford serves as the team’s ‘Air’ representative. 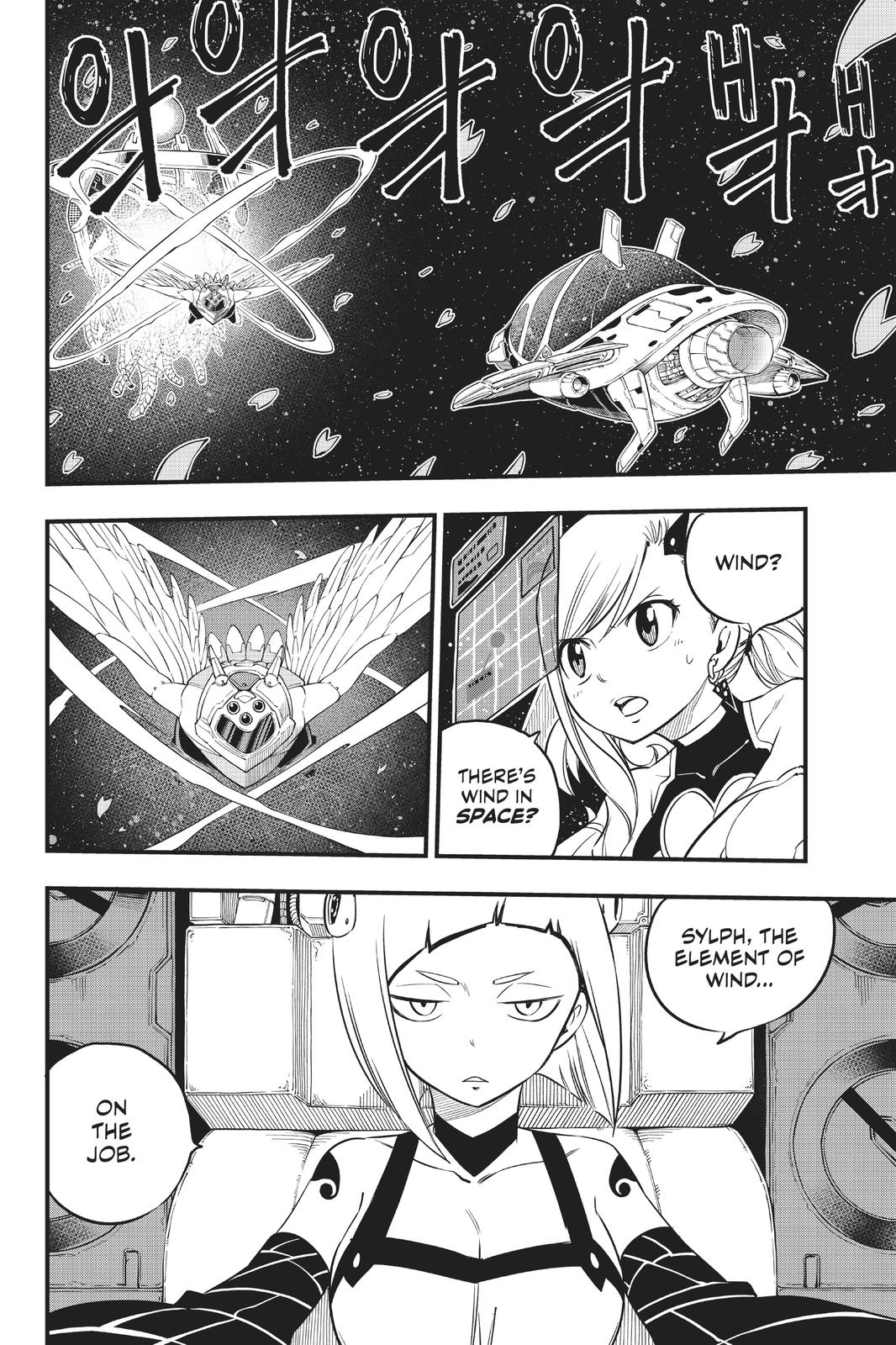 Last but not least is the team’s ‘Earth’ rep, the torture-addicted sadist Daichi, who elicits sick pleasure from using his Pain’s Tree to implant roots inside of his victims and forcibly spread them throughout his target’s body. 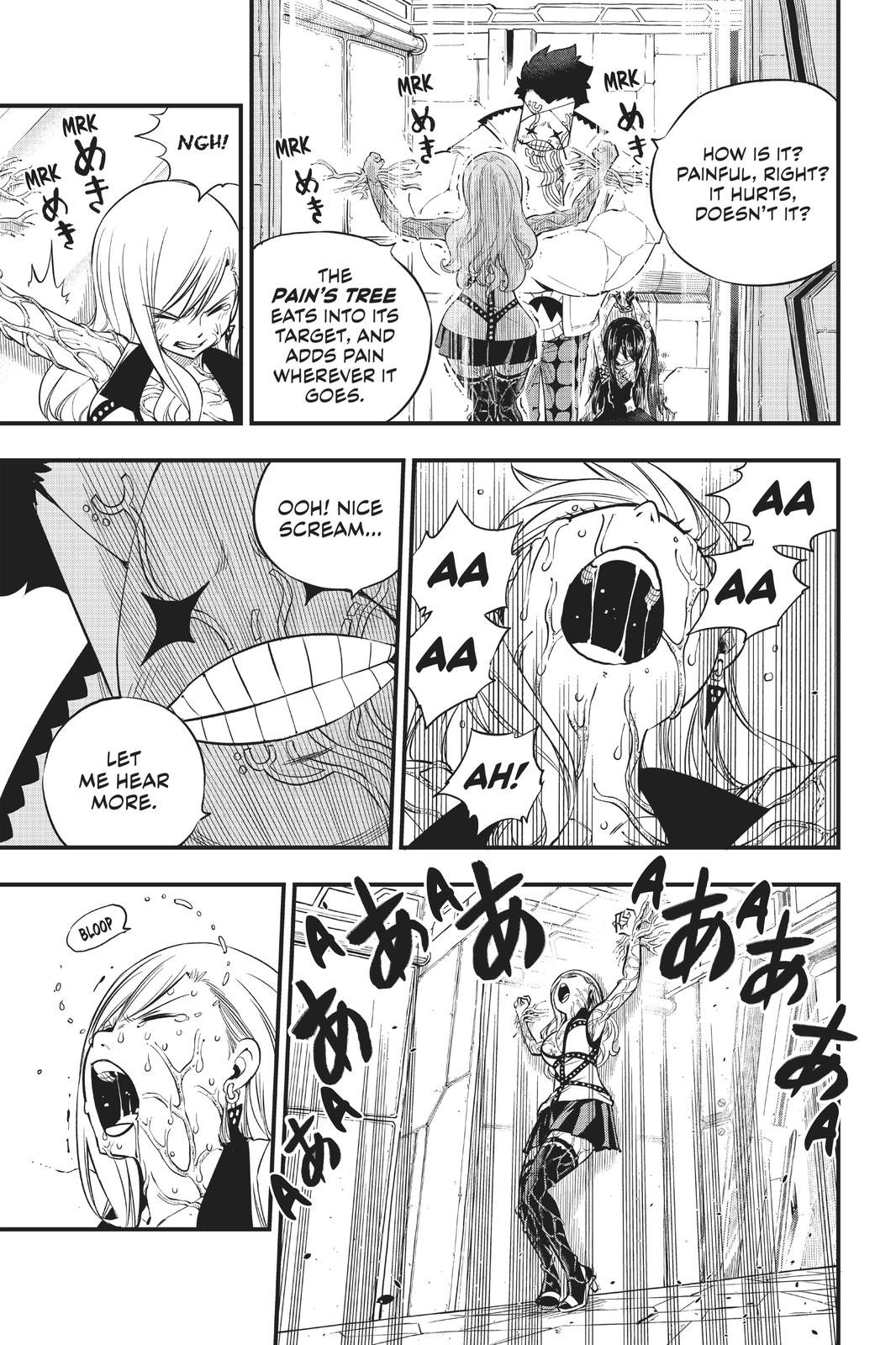 As Drakken Joe’s forces launch their assault on the Edens Zero, the Edens Zero’s defense unit Witch Regret (CV: Kiyono Yasuno –  Michiru Saruwatari in Orient) is shown adorned in her battle armor and preparing to lead a counter attack against the enemy. 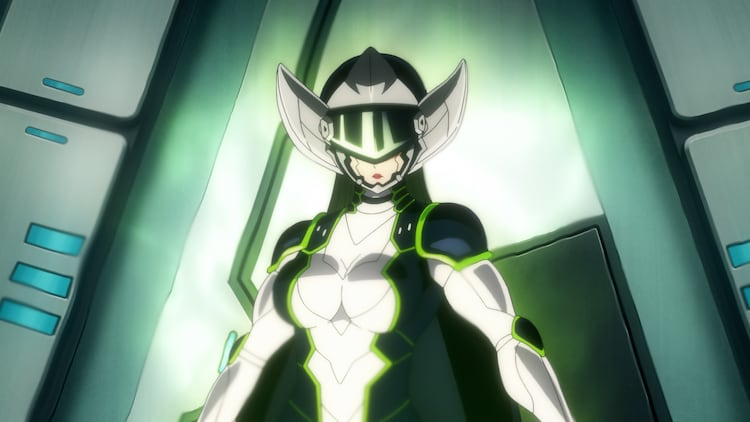 Drawing to a close, the trailer itself ends with a shot of Shiki, Homura, Weisz and Pino being caught by inside of Belial Gore by Drakken Joe, who in response to their attempt to sneak into his base informs the Edens Zero crew that he will be confiscating their ship.

Finally, as the credits rolled, the trailer revealed the season’s release date as April 2023. 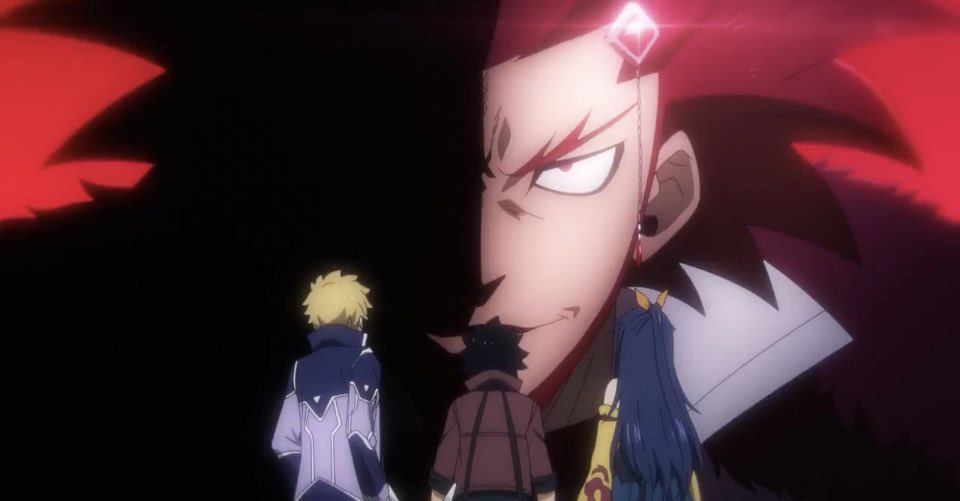 Going into second season’s anime adaptation of the Belial Gore arc, Edens Zero fans are concerned that the darker and more violent portions of the arc will be toned down or skipped completely in the jump to animation, especially in light of a particularly egregious instance of such a change being featured in the series’ first season. 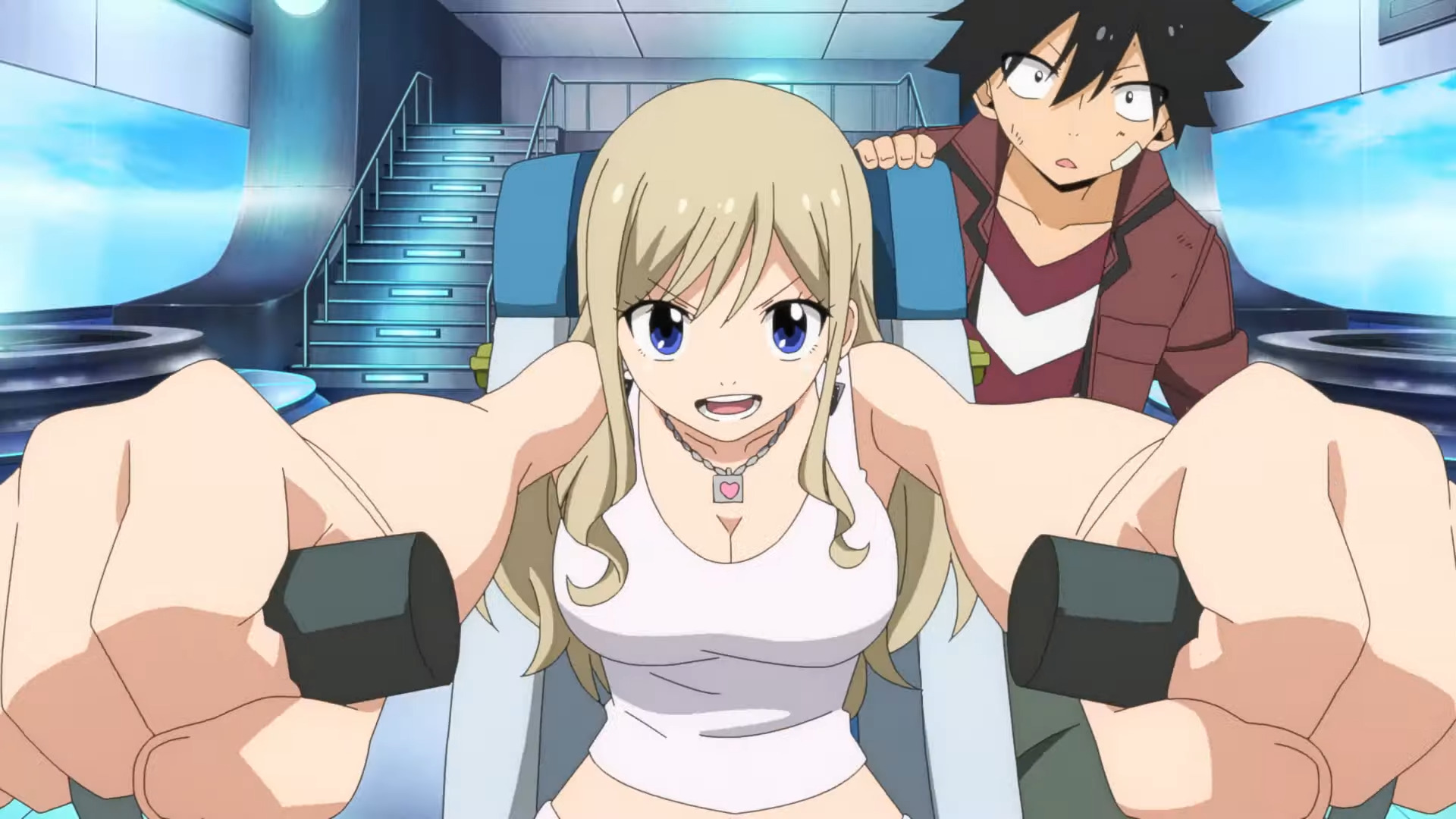 This instance can be seen in the below comparison of Hermit’s traumatic flashback as presented in the manga (Chapter 40) and the anime (Episode 16), as provided by the Edens Zero: Ether Posting group on Facebook.

Following her being freed from captivity by the Interstellar Union Army, Hermit is left to wander around the area of her own accord. In the manga, the droid walks past a gory scene of numerous dead bodies, whereas in the anime these bodies are absent in their entirety. 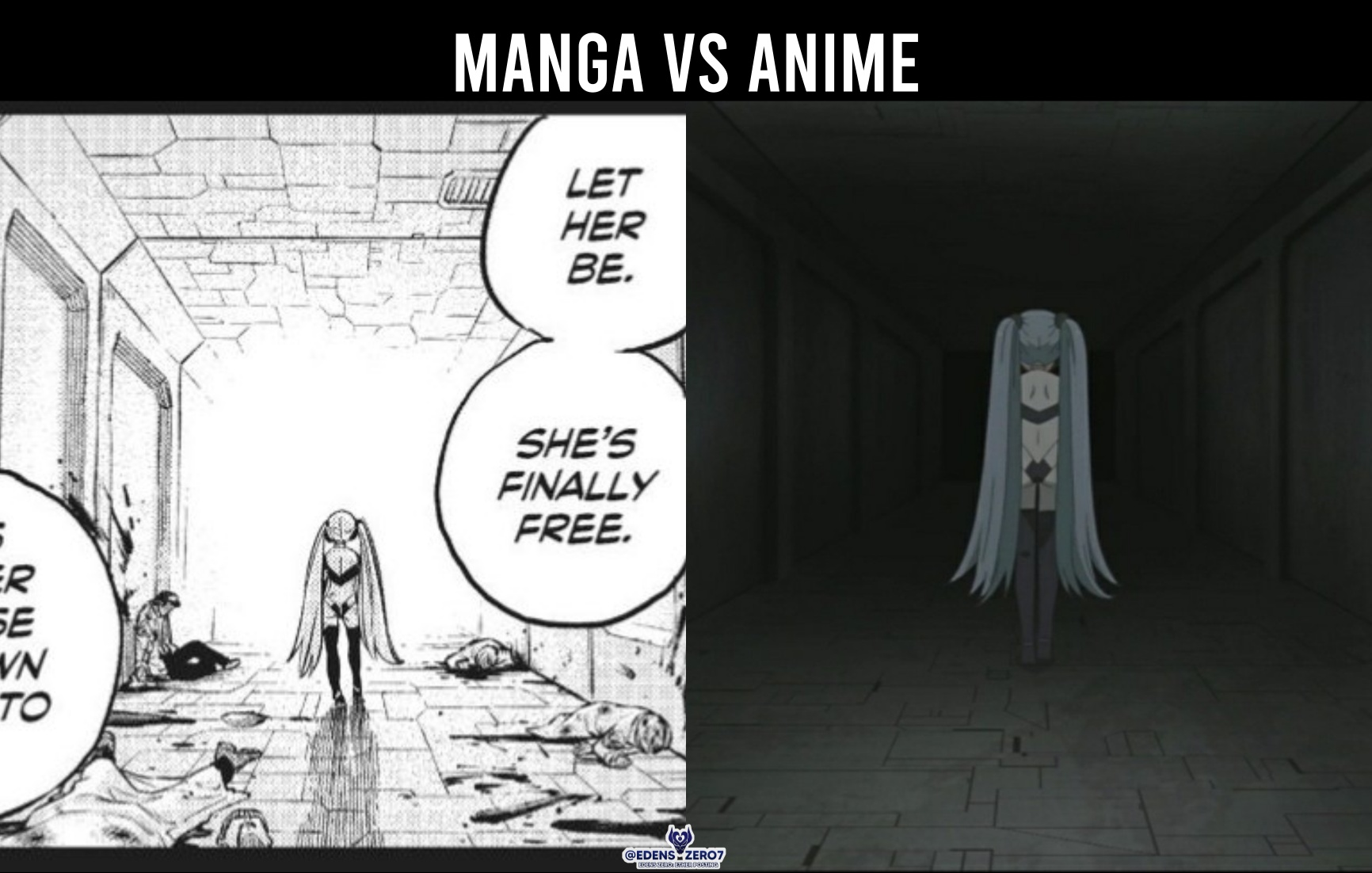 For fans of the Edens Zero manga, the darker and violent content in the Belial Gore arc are considered a turning point in the series after which it was able to truly set itself apart from Mashima’s previous series, Fairy Tail.

As such, they worry that if the arc’s more intense events are toned down or censored completely, such as Weisz Steiner’s getting his arm cut off, anime-only fans won’t get to see Mashima’s evolution as an artist, and subsequently continue seeing Edens Zero as nothing more than ‘Fairy Tail in space’. 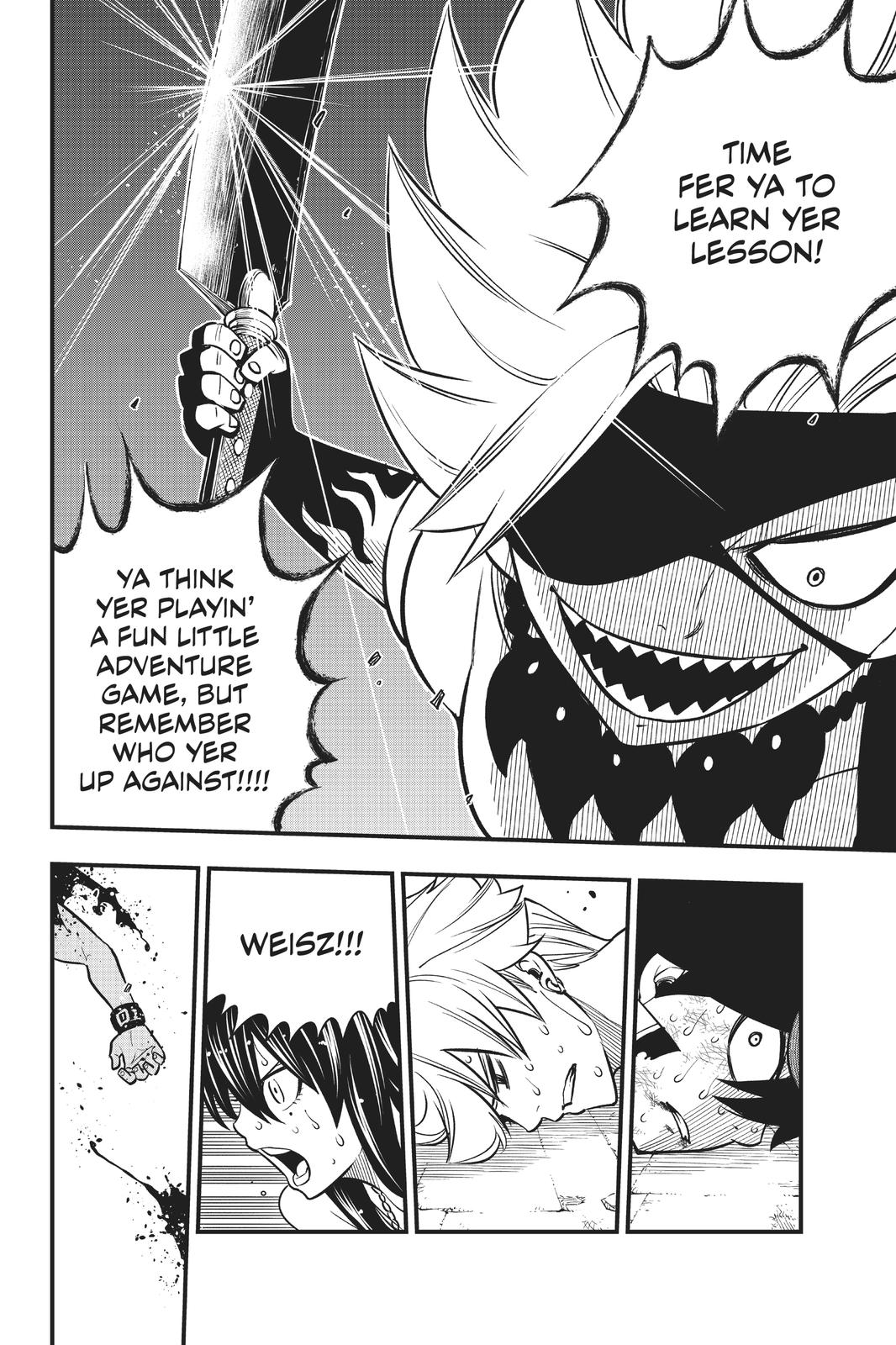 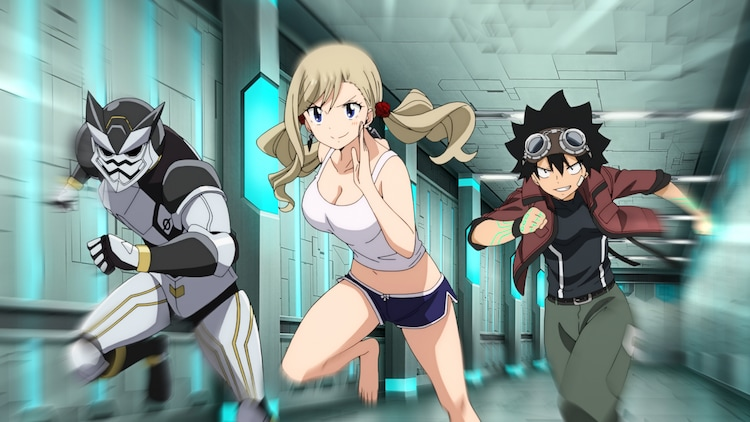