Hot on the heels of an Obi-Wan TV show that drove a proverbial lightsaber through the skull of the Star Wars franchise comes Andor, a spinoff series based on a spinoff movie, featuring a character that audiences barely got to know, and didn’t care much about in the first place. Hoping to capitalize on said character to create an interesting backstory, Disney and LucasFilm have instead redefined the epitome of terrible. 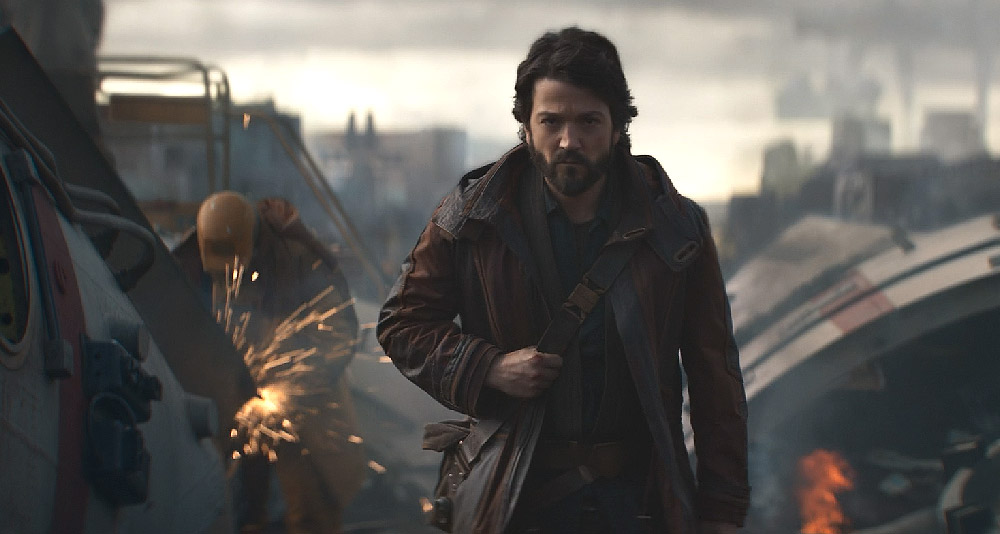 Andor is a bad, bad show, and we’re only three episodes in. The set designs are boring, bland and uninspired, the supporting characters feel wooden and uninteresting, and the story is just plain awful. Worse, LucasFilm’s attempt to shake up the Star Wars formula and turn it into something more gritty and “adult” ends up robbing it of whatever semblance of magic was left in the franchise. 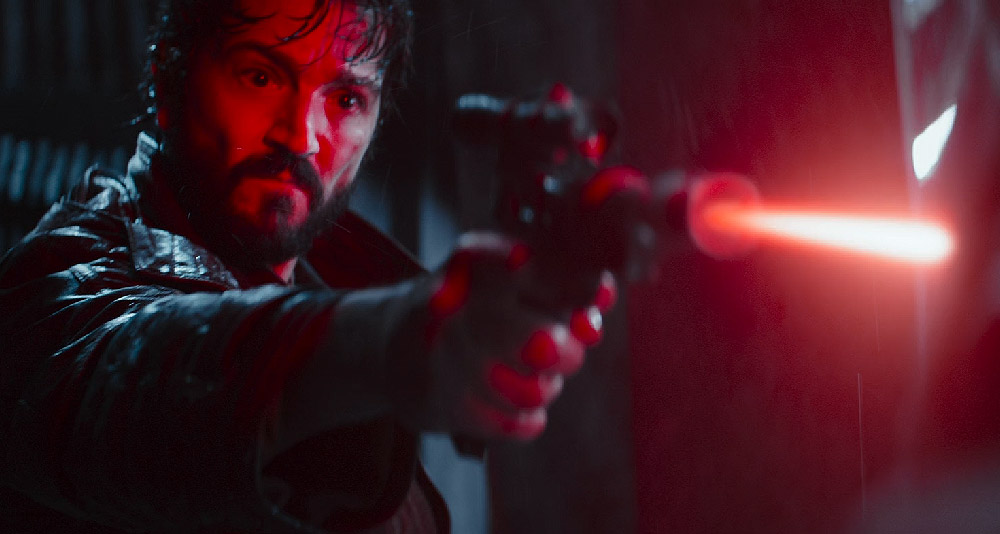 The story focuses on Cassian Andor before his days as a hardline member of the Rebellion, and 5 years before the Battle of Yavin. While searching for his sister on the planet Morlana One, he crosses paths with two security officers who attempt to shake him down. After accidentally killing one officer, he overpowers the other and shoots him point blank, execution-style, which triggers an investigation.

It isn’t long before a deputy inspector named Syril Karn takes it upon himself to find the culprit, and begins his search for Andor on the planet Ferrix. Meanwhile, Andor convinces his friend Bix to set up a meeting with a buyer who is supposedly interested in a piece of valuable Imperial navigation tech known as a Starpath Unit. 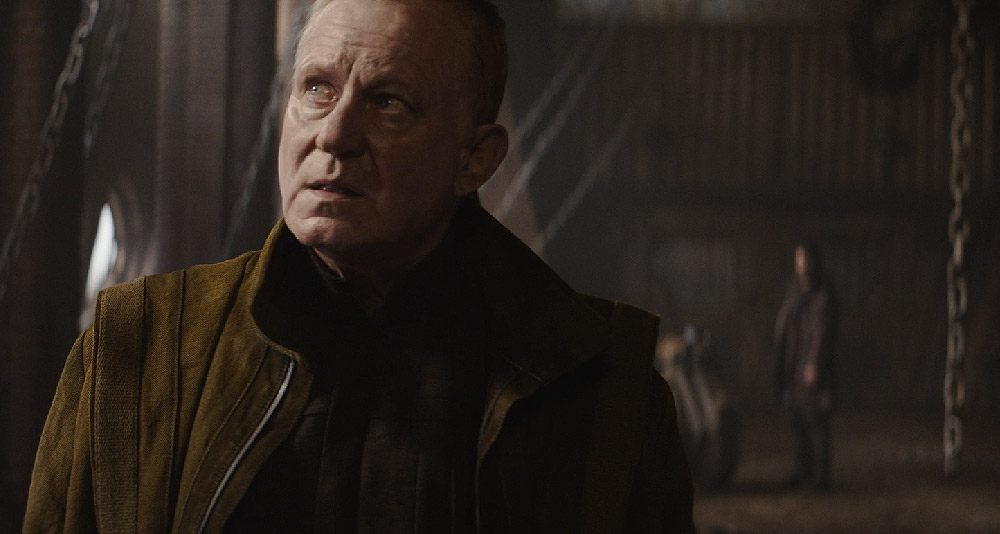 Andor is eager to sell the unit so he can exit the planet and lay low somewhere else, but time quickly runs out. The buyer, known as Rael, is actually a member of the Rebel alliance seeking to recruit Andor into their ranks. The two make a last ditch escape, stranding Karn’s forces on the planet in the process.

I make the claim, with absolutely no hubris, malice or bias, that there is absolutely nothing good about Andor. It’s a horrible, plodding, boring, meaningless creation with absolutely no redeeming qualities, whatsoever. Expectations for the show were already quite meager, but it’s hard to believe Andor could cram in so much failure into one production. 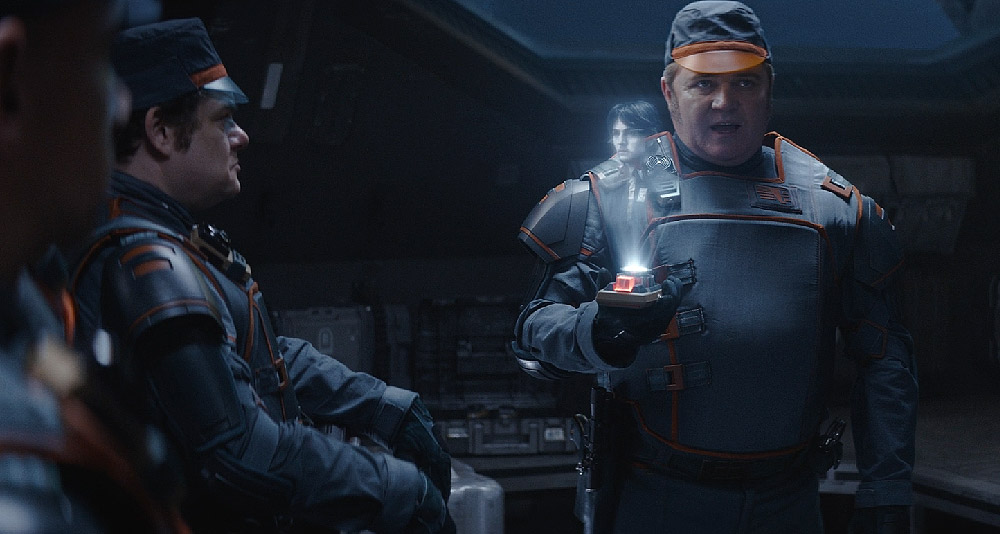 Any attempt to dissect the show in search of a positive will yield fruitless results, every time. In the process, Andor runs as far away from Star Wars as possible, and seemingly on purpose, just to say it did. That’s where the bad kicks in, and it truly is beyond the pale.

Andor’s attempt to feel more like an adult-oriented spy drama is a lot like juggling for the first time with steak knives, instead of tennis balls. The showrunners clearly wanted to risk it all in search of a hit, only to suffer a tremendous backfire. There have been attempts to make Star Wars grittier and more dramatic in the past, with much better success than anything shown here. 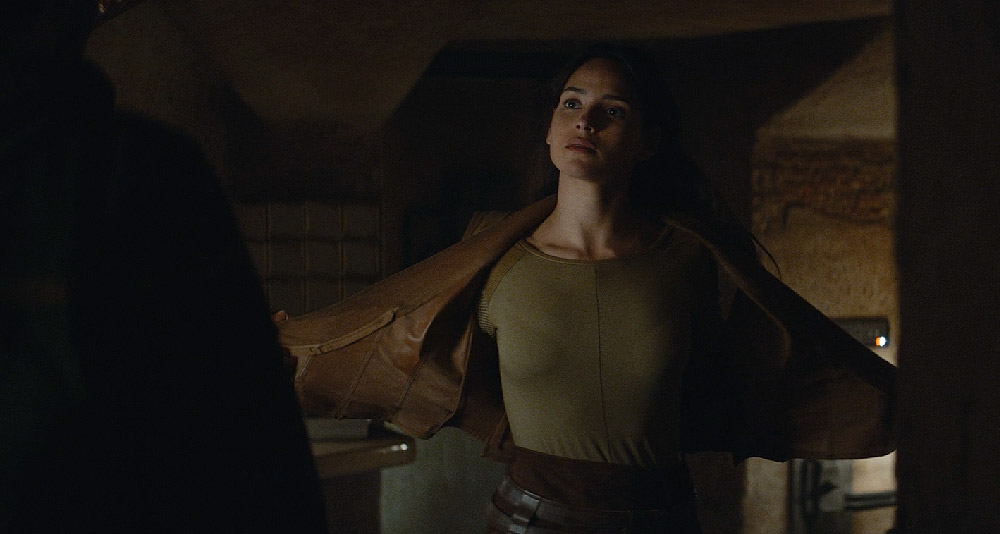 Worse, Andor does it by trading every single facet of Star Wars aesthetic and feel for sexual innuendo, swearing and whorehouses. Yes, these are now part of the Star Wars universe, thanks to the so-called “geniuses” at LucasFilm and Disney. Those waiting with baited breath to hear the first instance of “sh*t” in a Star Wars show may now rejoice. Everyone else will feel cheated by a pretender wearing a familiar skin. 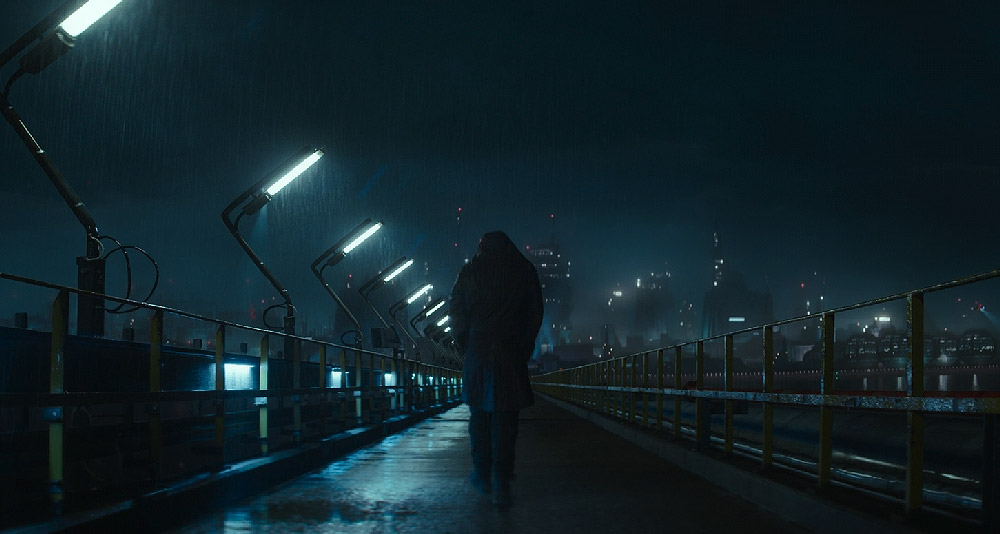 Andor arriving on a planet in Star Wars: Andor, Disney+

The most unforgivable aspect of Andor is that it doesn’t feel like Star Wars in any way, shape or form. In fact, it is so far removed from everything that makes Star Wars what it is, as to become a caricature in its own right. The set designs, lighting, pacing, editing…even the music move purposely away from Star Wars, while ripping off Blade Runner (wholesale, I might add) and tossing in a dash of Wall-E and Apocalypto for laughs.

This is not surprising, given that series creator Tony Gilroy specifically said that he wanted to avoid any kind of fan service, whatsoever. He seems to have succeeded beyond his wildest dreams, because Andor does not look, feel, or sound anything like Star Wars. It was a bizarre, and rather surreal experience to watch a property disown its parent franchise with such overt contempt. 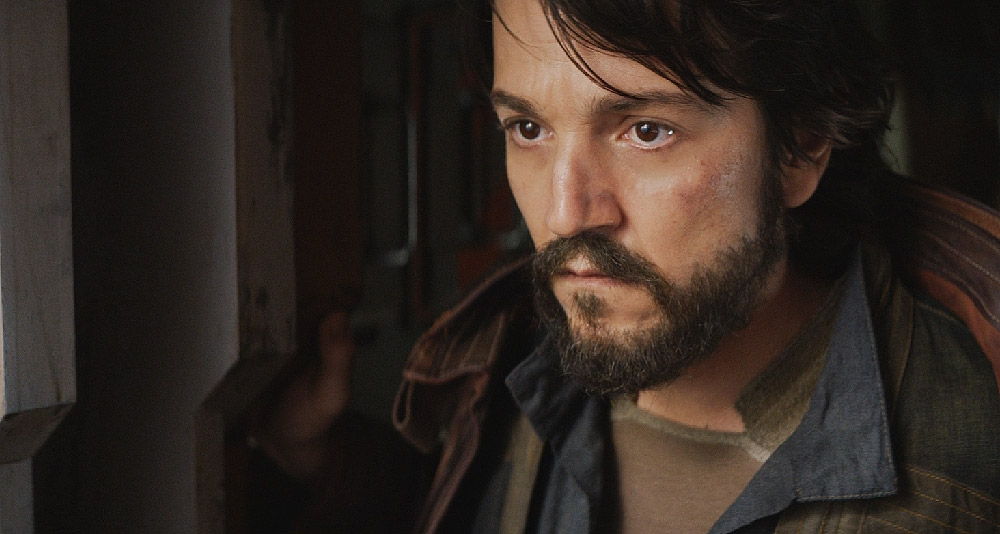 Cassian looking out a viewport in Star Wars: Andor, Disney+

And of course, the story – or whatever counts for it – doesn’t help. The first episode ends abruptly with nothing to show for it, leaving the second episode free to fill in the blanks. Unfortunately, it’s more the same. Andor is a show featuring characters who drone on incessantly within specific compartmentalized blocks of runtime.

In the background is a cookie cutout origin story about Cassian that an amateur writer could have fleshed out in the space of roughly 90 seconds. There’s no nuance, no character development, and everything gets tied up with a neat little bow, while raising more questions than it answers. 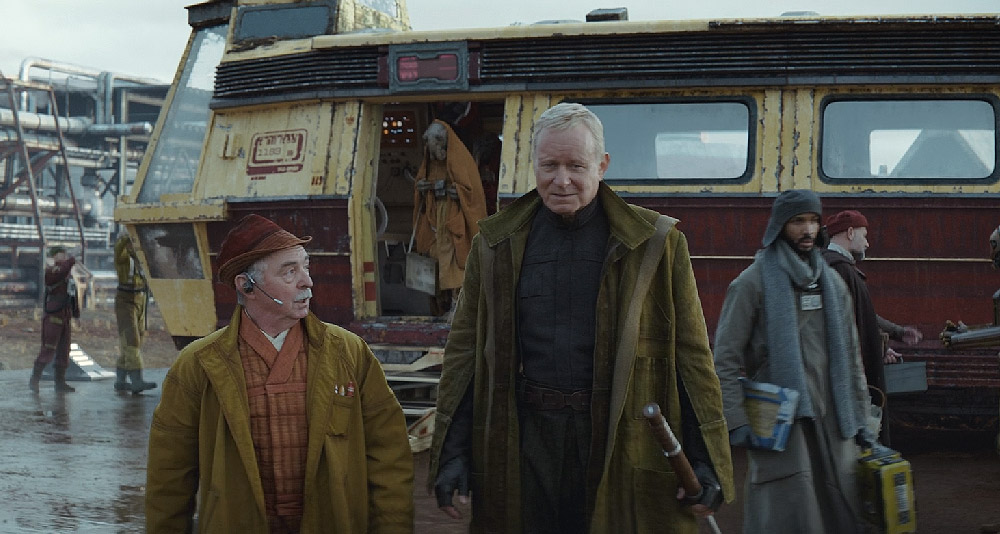 Not only is Andor easily the worst Disney-owned Star Wars property to date; it’s also one of the worst sci-fi shows I have ever seen. Ignore all the talk about political and social underpinnings tacked into the story by Woke writers. None of that even matters, because Andor is an overwhelmingly bleak, boring and aimless show with nobody to root for.

Of course, we’re only three episodes in, but the thought of grinding through another nine makes me want to beat myself over the head with a hornet nest. Yes, the series will bring back characters like Saw Gerrera, but to what end? Andor is so bad that it doesn’t even mimic the properties of Rogue One, which is considered by most to be the only shining success in Disney’s Star Wars lineup. 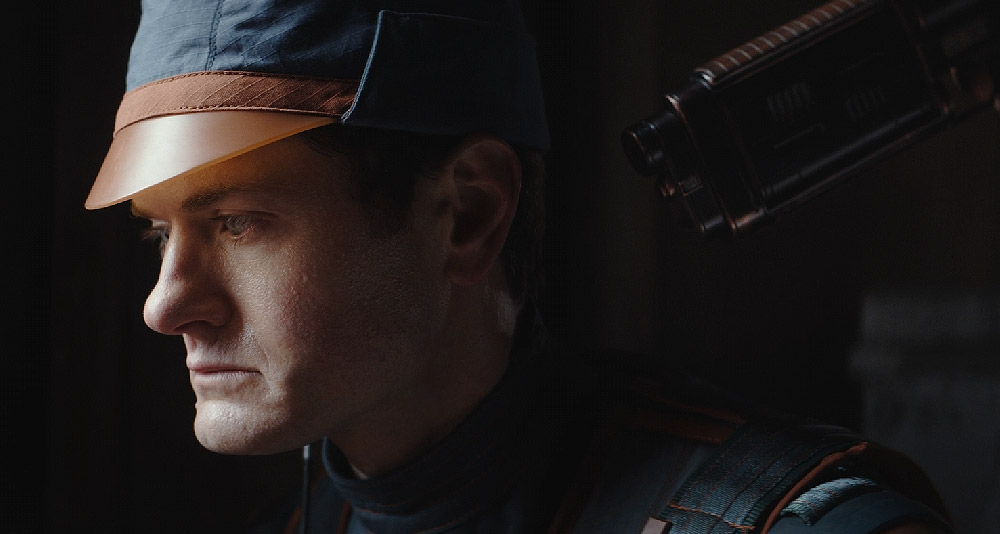 A security officer held up by Cassian in Star Wars: Andor, Disney+

That movie did manage to do something different with Star Wars, while still adhering to the source material to the point where it fit like a side cart. By contrast, Andor could change the lead character’s name, and rip out existing Star Wars elements, and nobody would notice. The story is so diluted and paper-thin that it could literally be anything. 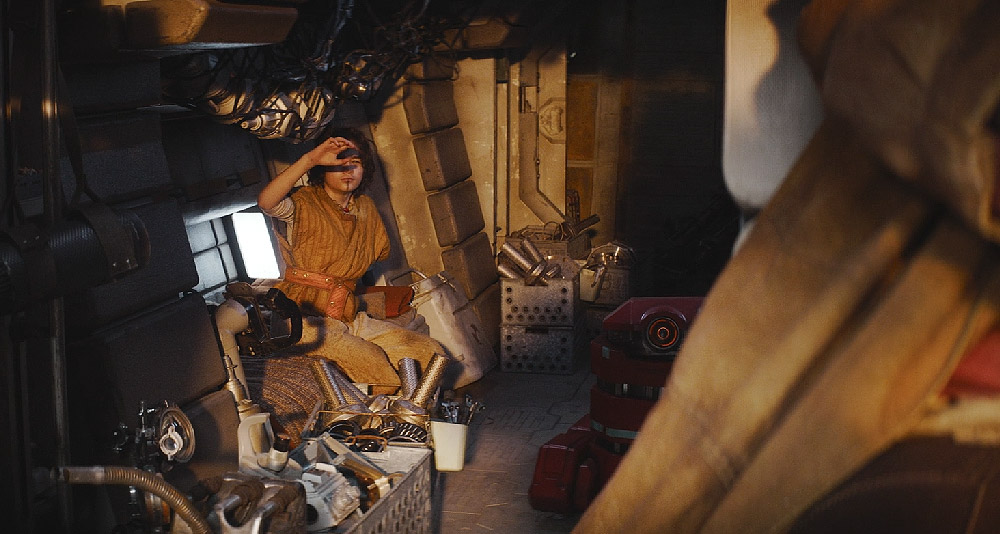 A young Cassian looking out a viewport in Star Wars: Andor, Disney+

When a show starts off on such an catastrophically low note, it’s hard to fathom things getting better. The most optimal scenario would be that Andor manages to find some sort of footing, and coasts over the finish line by the skin of its own teeth. There will be no grand hurrahs and celebrations when the show has ended, and it will fade quickly into obscurity.

Contrary to the glowing reviews perpetrated by dishonest shill sites, Andor is not a victory; nor has Star Wars “grown up.” This is a deeply cynical, lifeless and heartless underachiever; the Mynock of the Star Wars universe, chewin’ on the power cables of a franchise that has long since passed its prime. 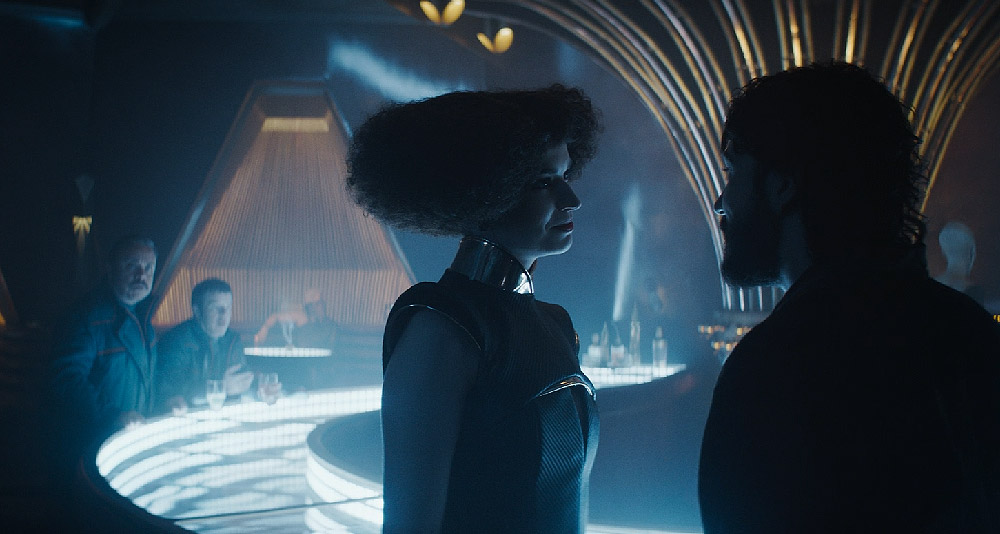 It’s also the first show I’ve ever rated with such a pitifully low score, which I didn’t think was even possible. Will future episodes change that? Don’t bet your asteroid on it, kid.