Long-time Batman scribe and the creator of My Sister Suprema on Arkhaven, Chuck Dixon, recently claimed that most of the classic superheroes like Superman grew “out of the sense of populism” of the Great Depression era.

After providing a cursory summary of the Great Depression era and the nature of President Roosevelt’s administration, Dixon specifically homed in a case involving the Schechter brothers and how the United States government attempted to shut their two butcher shops that they operated in Brooklyn, New York down.

Dixon detailed, “The Works Project Administration would not acknowledge that the Schechter brothers were exceeding the parameters of the regulations required of them and they tried to shut them down. Well, the Schecters went to work and it went public. And here the United States got to see these hard-working brothers being forced out of business by the government, being bullied by the government.”

He continued, “And the American public acted vociferously against this. They made their displeasure at this well known. And the WPA had to back down. And that’s when FDR and his cabinet realized we may have gone too far here. And they shut down the WPA, the National Recovery Administration, and the Civilian Conversation Corps very rapidly, and that was the end of those government agencies.” 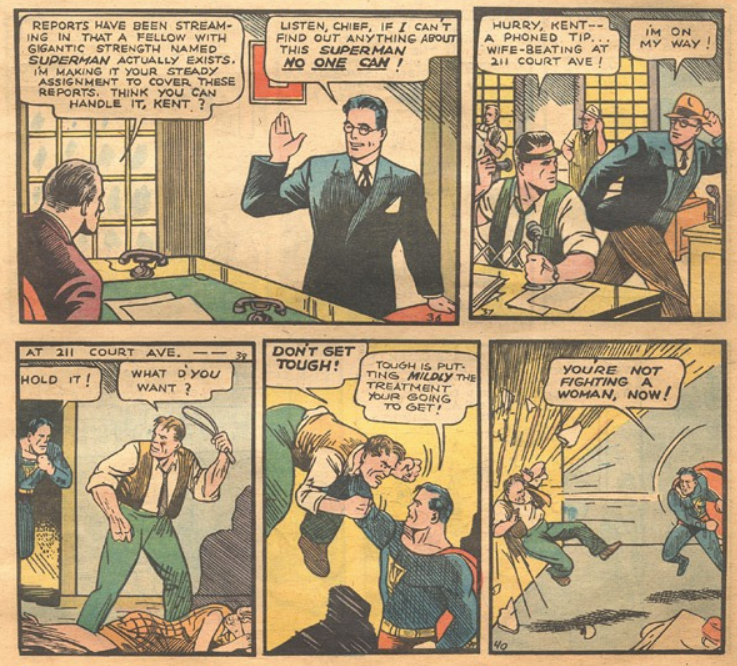 Moving to address how this relates to comics, Dixon says, “Superman and most of the superheroes, I would say all of the superheroes of this period, they grow out of that sense of populism. Superman is created by two young guys, two young Jewish guys and that’s important, and they created Superman as an ideal, but he’s a populist ideal. He’s a hero for the everyman. He’s the guy we could all be.”

“In early stories, and this is what the leftists like to point out, in early stories Superman went after evil landlords and evil corporations and things like that. And they think that makes him a left-wing hero. Well, it’s not because who likes an evil landlord? Who like an evil corporate raider? Who likes someone who’s cheating the public? Who likes a corrupt politician? There’s no politics there. That’s just immoral and we’re all supposed to be disdainful of immorality, and unfairness, and injustice,” he declared. 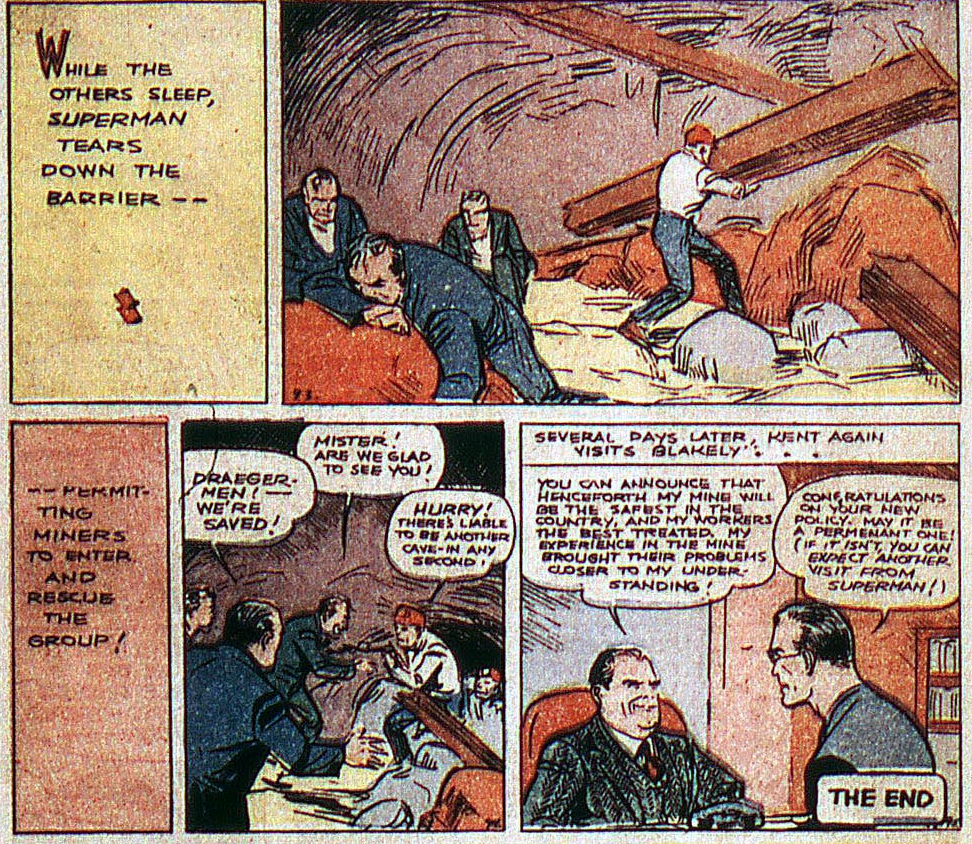 Dixon went on, “So when Superman is giving a hard time to a landlord who was evicting widows and orphans that was something everybody could get behind, that wasn’t a political thing. And as we see today, battling an evil businessman, well, a lot of your businessmen today are to the left.”

“I know that it wasn’t political,” he proclaims. “Siegel and Shuster were creating a great American hero. And as I’ve said in videos before they were creating this from a minority point of view. I don’t know Siegel and Shuster’s entire history, but I bet anything they were first generation Americans. I’ll bet that German was spoke at their home. German and Yiddish, I’m willing to bet that. And they were a minority that wasn’t always looked upon favorably.” 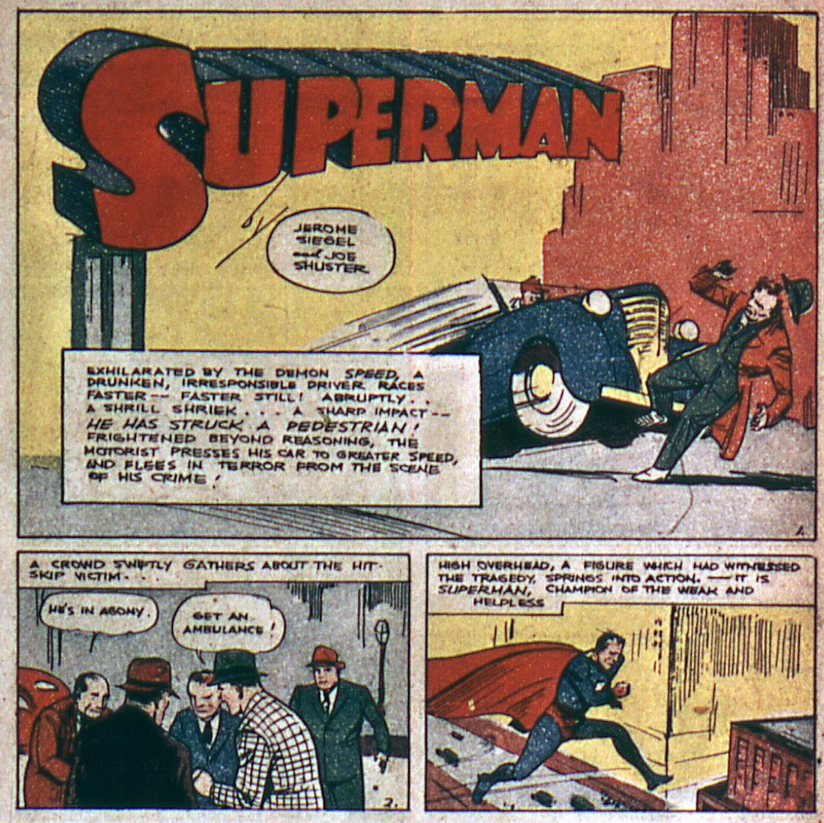 Dixon detailed, “But they loved America even when America didn’t love them back. And they created Superman as a lot of these comic book created Superman as a wish fulfillment figure. A figure of strength, and morality, and principles. The guy who would come in and see that justice was done. And that’s why truth, justice, and the American way. That’s what Superman stands for. He isn’t left-wing. He isn’t right-wing. He is a populist hero.”

“And you can assign them — you can believe that Superman is a Republican or an independent or — it doesn’t matter as long as — it should never be specified. Because it’s a shared ideals no matter where you come from politically unless you’re far left in which case you don’t really have any ideals or principles,” he stated. 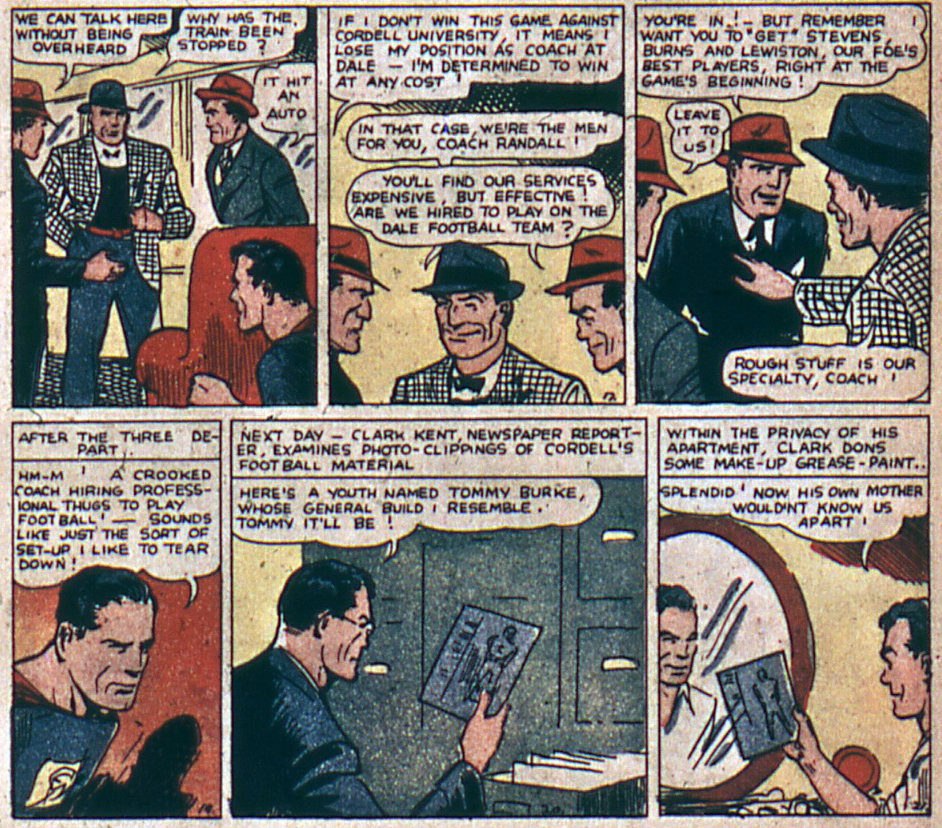 “The problem is Hitler wasn’t a right-winger,” Dixon asserts. “In the 1920s, people in academia and people in politics and people in leadership positions in this country thought Mussolini had all the answers, baby. He was turning Italy around in the 20s. The trains were running on time as the cliché goes. And they thought he was the coolest thing ever and a lot of academics traveled over there. They traveled over to see what Mussolini was up to. They traveled over there to see what Stalin was up to and they thought it was all cool. It was peachy keen.” 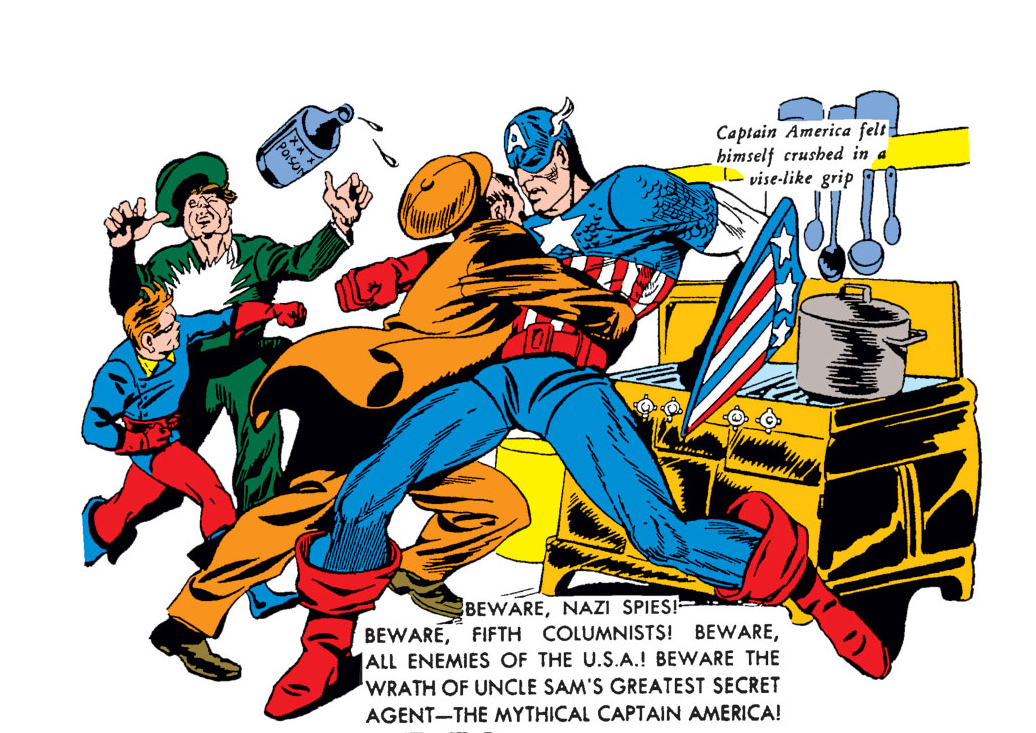 “Because they were only shown of course the best parts,” Dixon relayed. “They weren’t shown all the hungry Italians starving. They weren’t shown the famines in the Ukraine. They were on a Disneyland tour of far left ideology of far left socialism and fascism. And fascism is to the left, I’m sorry to tell you that. Hitler was a national socialist.”

“Right-wing is individualism. Right-wing is leave me alone, stop telling me what to do. The further you get to the left, the more people want to tell you what to do,” he added. 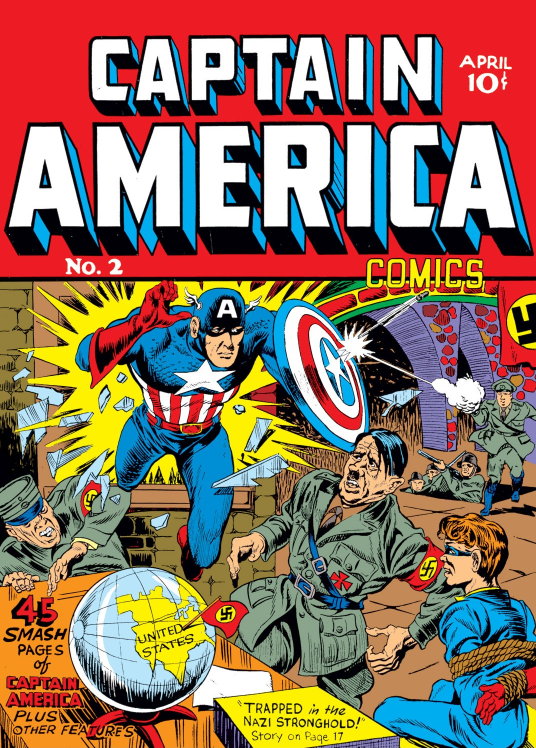 “So Cap, created as another wish fulfillment figure by another couple of first generation Americans, children of immigrants, Joe Simon and Jack Kirby,” Dixon explained. “They created Captain America as a wish fulfillment figure to go after a guy and an ideology that was murdering probably relatives of theirs in Europe. Rounding up the family members that were left behind.”

“And the dangers of Nazism and the dangers of anti-Semitism were clear to see even here in the United States,” he said. “It was a sort of wave of thought. I’m not going to say it was common, but it was there. This is a time when the Ku Klux Klan marched on Washington in the hundreds of thousands and no one really thought anything about it.” 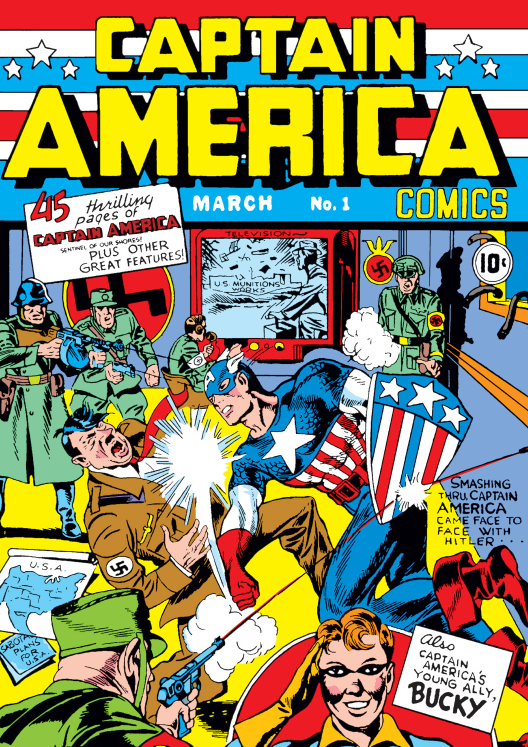 “And so Cap comes along, he represents all of us and he represents that we are going to be in this fight,” Dixon explains. “That Americans are going to have to sacrifice and everything else. So he’s this wish fulfillment ideal that if we could just have a guy go over there and start punching the hell out of these creeps and get this settled. And there’s nothing political about that.” 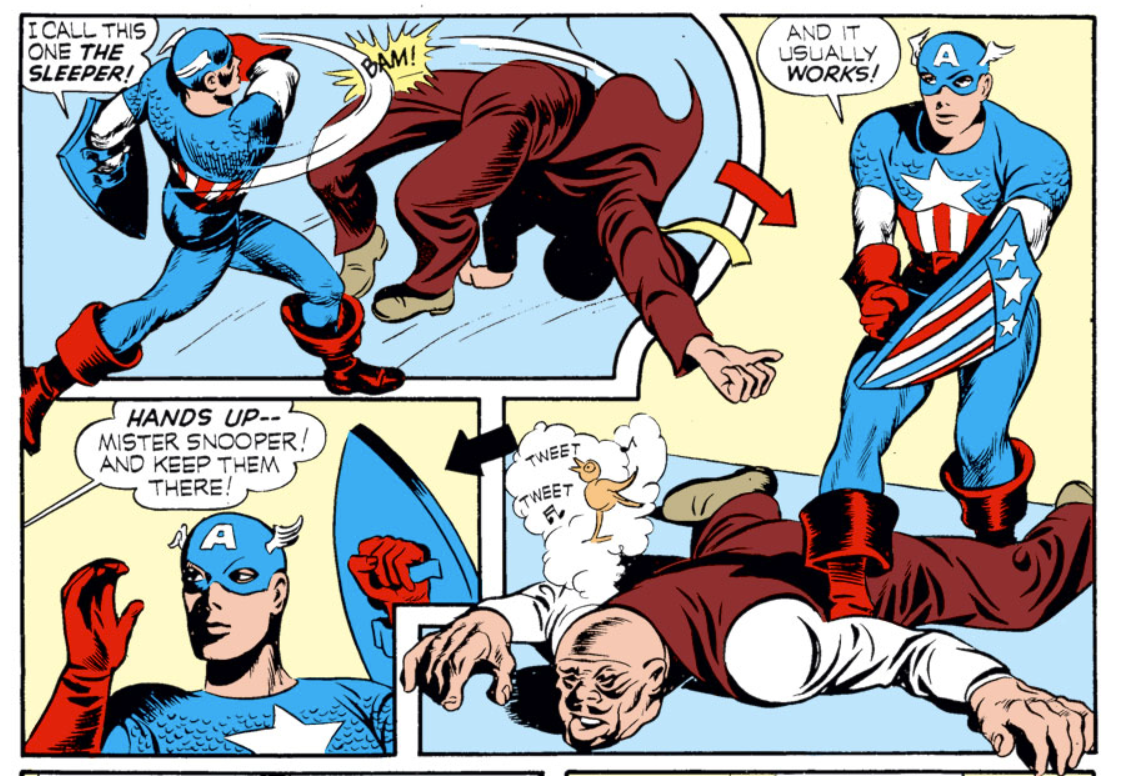 Dixon then educates, “At this point in our history, this was about survival. If the American way was going to survive we were going to have to defeat this menace. We had no choice in this matter. We were going to have to defeat the creeping fascism that was going to spread all across the world. These were desperate days. I know they don’t teach a lot of World War II in school, but these were desperate days. Captain America appears at a time when Europe is for the most part under the Nazi heel. And England is going to be the next to fall and when it does it is all over baby. When England falls  America has no foothold in Europe. They have no friend left in Europe. ”

“So these were desperate times for America and for the world,” he reiterates. “And Cap embodies the hope for a future and also the rah-rah spirit. I mean it’s propaganda, but propaganda can be good. The rah-rah spirit that we’re Americans, baby. We’re tough. We’re going to make it through this okay and Cap was part of that.” 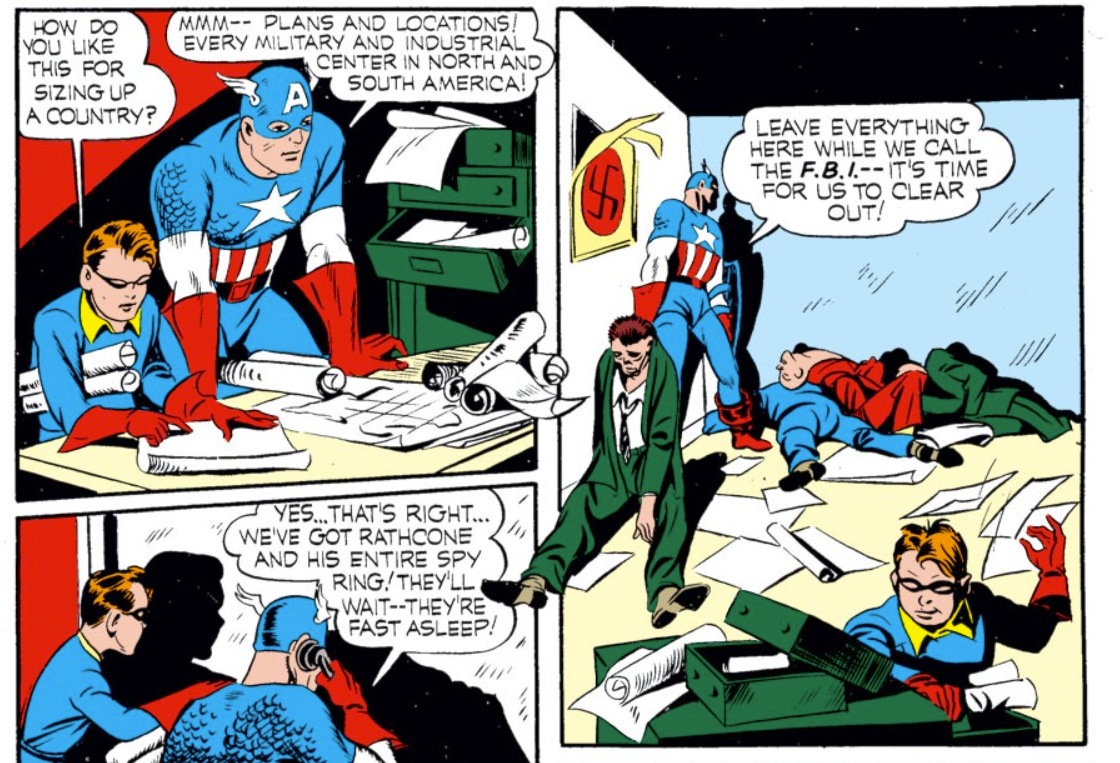 Comparing this to modern comics, Dixon then says, “Now this is in contrast to today where the creators, I use that term loosely, have a political agenda and they want to push it and they want to tell you what to think.”

“Nobody in the old comics, nobody until 2000, for the most part, was teaching you what to think,” he points out. “They might present an issue. I did lots of issue comics, but I never told you what to think on any issues. I presented them as grist for dramatic stories. That’s the only reason I presented the issues. I didn’t present the issues because I wanted to be a very special episode of Robin. I presented them because these are great story opportunities, and also they are things that people are dealing with and so you want to be able relate.” 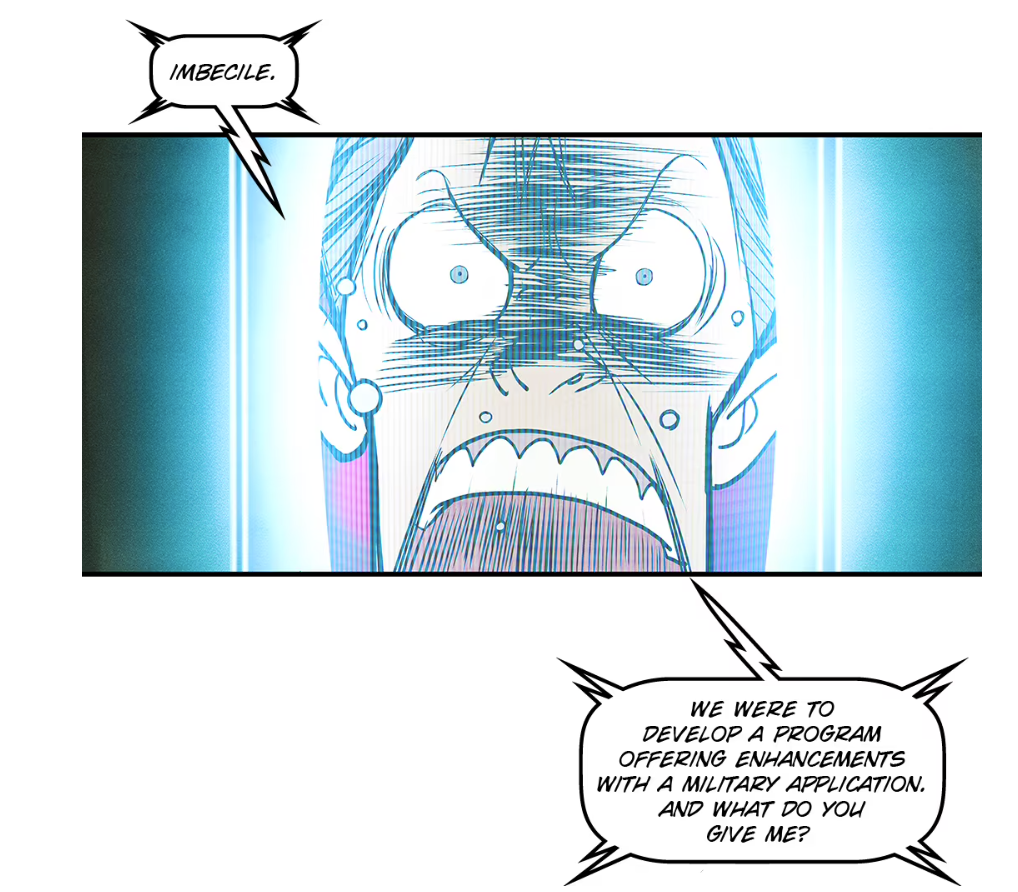 “Even though these are these fantastical costumed and masked characters, you want to be able to relate to them and know that they share the problems of your world even in their imaginary world,” Dixon relayed. “So I would deal with issues, but I’d never insert my politics because that’s not what readers want to read. You don’t want to be preached at.”

“Well, that’s all these comics do know. They either try to preach you, or shame you, or offend you, or whatever, or get you to just nod in agreement. They bring out a comic and if you don’t celebrate it and think it’s the most wonderful comic ever, you’re a racist and a bigot, and a homophobe, and a transphobe, or whatever else other name they want to call you. All of which are meaningless now because of overuse,” he says.

“The only virtue their book has is as a litmus test for where you stand on the spectrum and it makes for some really, really crappy comics as we have all been witness to,” he concluded. 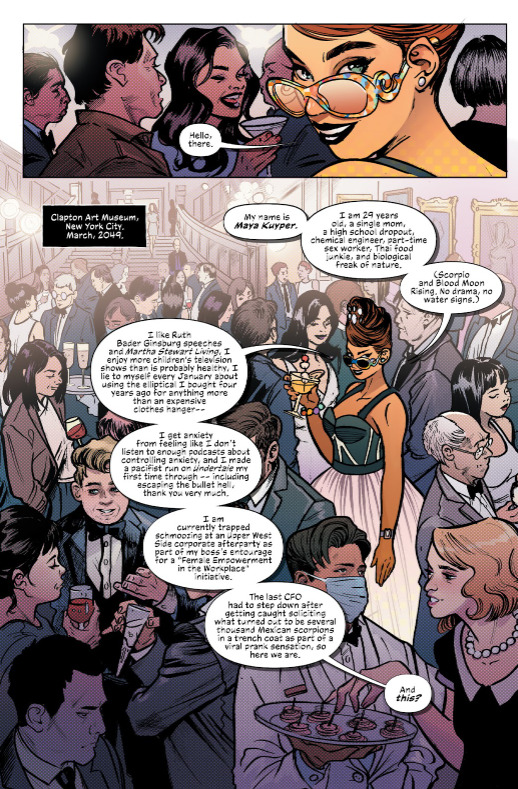 What do you make of Dixon’s rebuttal of the claim that superheroes and comics have always been left wing?