The remaster for the Japanese horror game Fatal Frame: Mask of the Lunar Eclipse is likely to be censored across all platforms, as the developer’s official description notes that some costumes have been “slightly altered.” 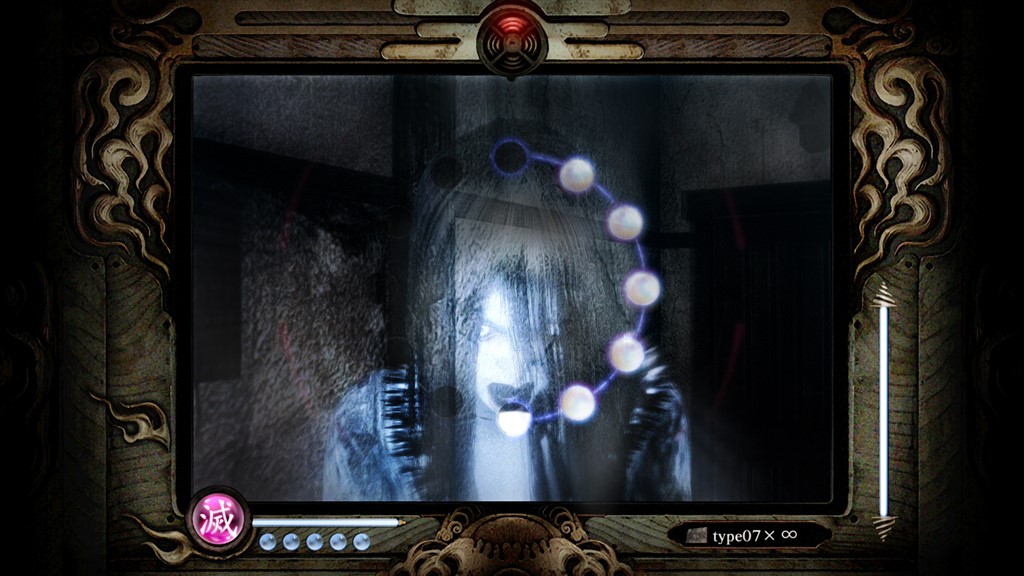 Announced during the recent Nintendo Direct, Fatal Frame: Mask of the Lunar Eclipse is a remaster of the eponymously named title released for the Nintendo Wii in 2008. Taking place a decade prior the events of the game, five girls vanish during a festival on the fictional Rōgetsu Isle, only to later be found with no memories save for a song and the image of dancing masked woman.

Two of those girls would later die in in mysterious circumstances, prompting the remaining three to return to Rōgetsu Isle to uncover the truth. While gathering clues, they’ll also be beset by spirits, with only the Camera Obscura to fend them off. Players need to change lens and films to deal with more powerful ghosts, keep their focus on their otherwise invisible foes, and take a photo at the last second to banish them. 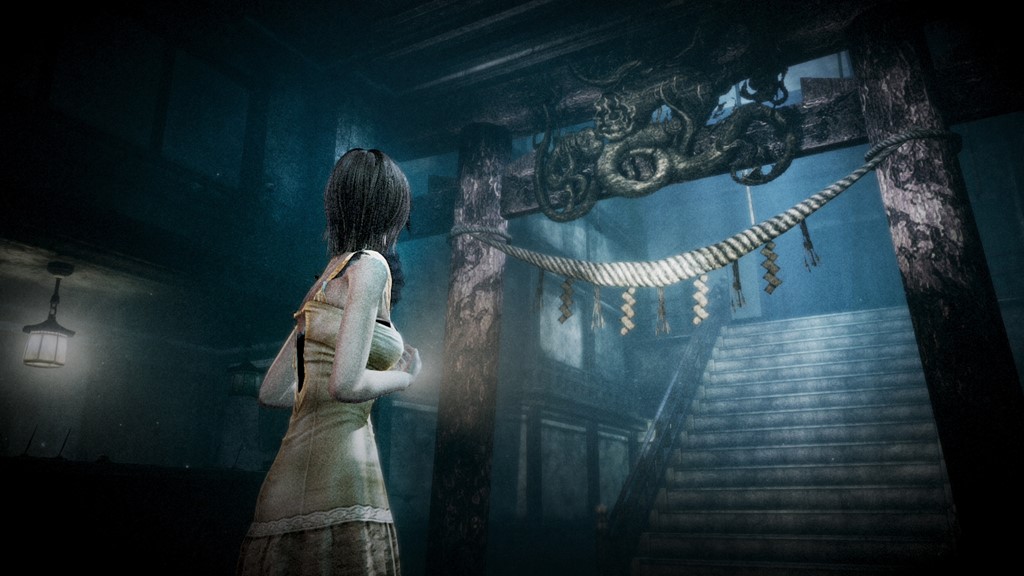 Along with Nintendo Switch, Fatal Frame: Mask of the Lunar Eclipse is expected to launch early in 2023 on PlayStation 5, Xbox One, Xbox Series X|S, and PC; the description on the official Steam page for the game, however, suggests the PC release will be censored.

When talking about the new costumes the game has, the game’s description notes, “The original lineup of costumes has been slightly altered, and new costumes have been added. Change the characters’ costumes to experience the investigation in different ways.” 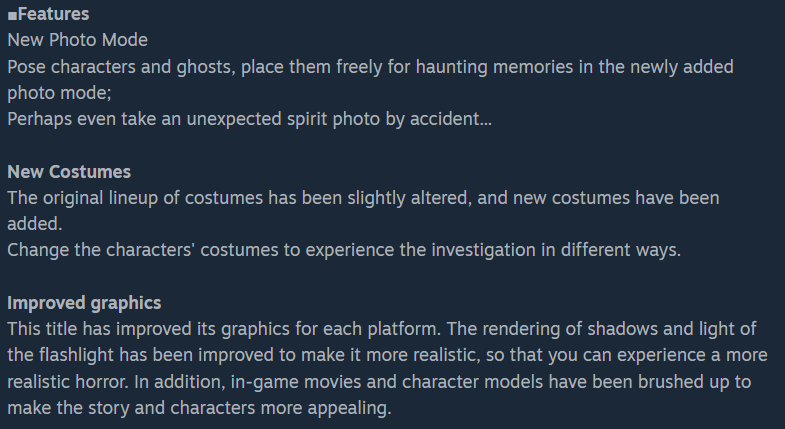 While abridged compared to the Steam page, the censorship is not mentioned on the Nintendo webpage for Fatal Frame: Mask of the Lunar Eclipse. The horror title isn’t currently listed on PlayStation or Xbox websites, but the game’s press release suggests this censorship may extend beyond PC.

The press release (via GamesPress) almost skims over the censorship when listing its new features. “The remastered game features an all-new Photo Mode, along with new and altered costumes, and enhanced graphics including the improved rendering of shadows and light, delivering a more immersive and frightening experience.” 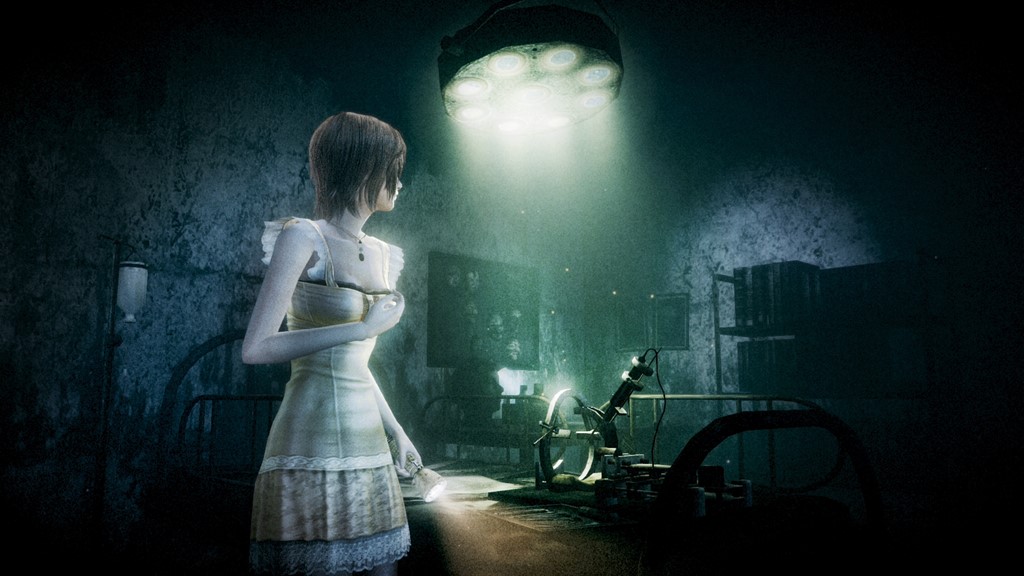 These costumes are likely the fan-service focused costumes unlocked as players complete the game under various conditions, arguably a hallmark of classic Japanese horror games with female protagonists. This also isn’t the first time the series has seen censorship.

2015’s Fatal Frame: Maiden of the Black Water saw the removal of two bikini style outfits in the western release (one with a maid motif, the other a woolly sweater and scarf covering hardly anything). Being on Nintendo Wii U, they were replaced with costumes resembling Samus Aran and Zelda.

Even cutscenes censored the winter-wear bikini of one of the protagonists in a flashback sequence; despite her being a “gravure model.” Her dialogue in both versions still suggests she is well aware of the extent to which she is being exploited. 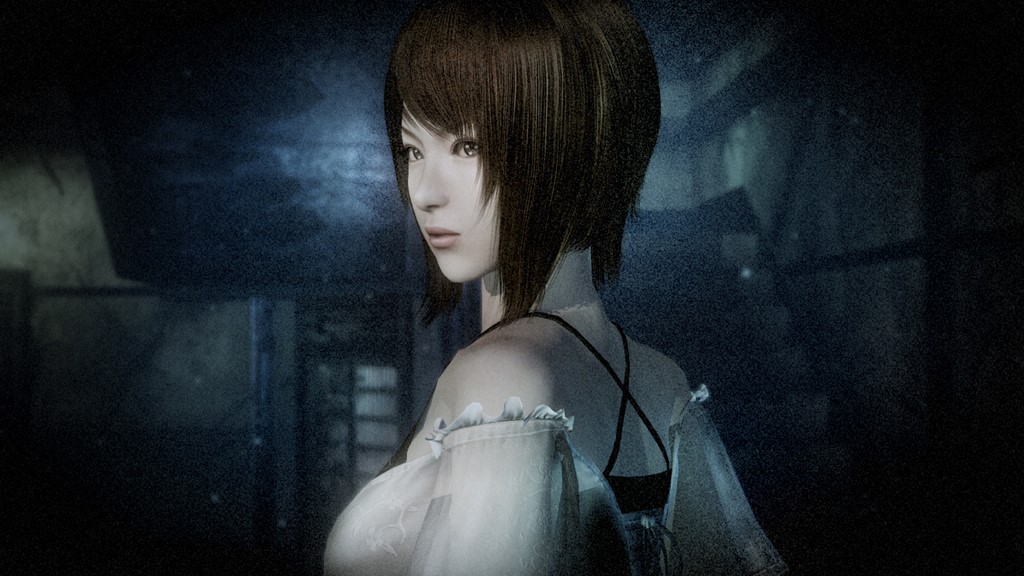 While the game came to other platforms in 2021, it was once again censored on all platforms, and even in the Japanese official website noting “This title does not include the Wii U versions of Yuri ‘Swimsuit’ and Fukaha ‘Gravure Swimsuit’.” (Machine translation: DeepL).

In the cases of both Fatal Frame: Mask of the Lunar Eclipse and Maiden of the Black Water, it’s likely it was the protagonists’ ages that prompted the censorship. The latter also featured a “wetness” mechanic that not only made characters deal and take more damage but also made clothes cling tightly and sometimes translucent.

Ruka Minazuki, Misaki Asou, and Madoka Tsukimori are all 17 in the original Mask of the Lunar Eclipse, along with Miu Hinasaki in Maiden of Black Water; the aforementioned Gravure idol. Yuri Kozukata is 19, however, and her costume (the maid bikini) was also censored.

NEXT: Spike Chunsoft Cancels ‘Chaos;Head NoAH’ Steam Release, Believes The Platform’s Guidelines Would Not Allow The Game To Live Up To Its Standards