In a press release, Titanic whets the curiosity of collectors, saying, “SKUREAUS and GRIFFIXIS offer fans steeped in horror, kaiju, and monster culture something unique for their collections with eye-catching, one-of-a-kind proprietary designs.”

Skureaus is a hybrid of a scorpion and a cobra, two of the deadliest critters in Egypt’s desert, controlled by an amulet that lay buried for thousands of years. Unfortunately, as it often goes in instances of fiction like this, the artifact was dug up by Nazis and the beast’s power is in the hands of General Erwin Rommel. 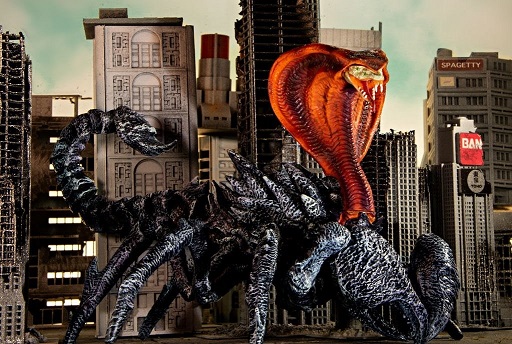 “With this super weapon [of ancient Egypt] the Nazis have been able to easily take all of Egypt and are taking the northern part of Africa at an alarming pass,” says the monster’s description. “The only hope that humanity has against this creature and its evil master is another ancient power that has laid dormant at the bottom of the Atlantic Ocean.”

A hybrid of several species, Griffixis is “A beast from out space!” that carries a strange pathogen. “The Griffixis pathogen originally lands on a planet infecting two members of the native population, turning them back into children,” its description explains. 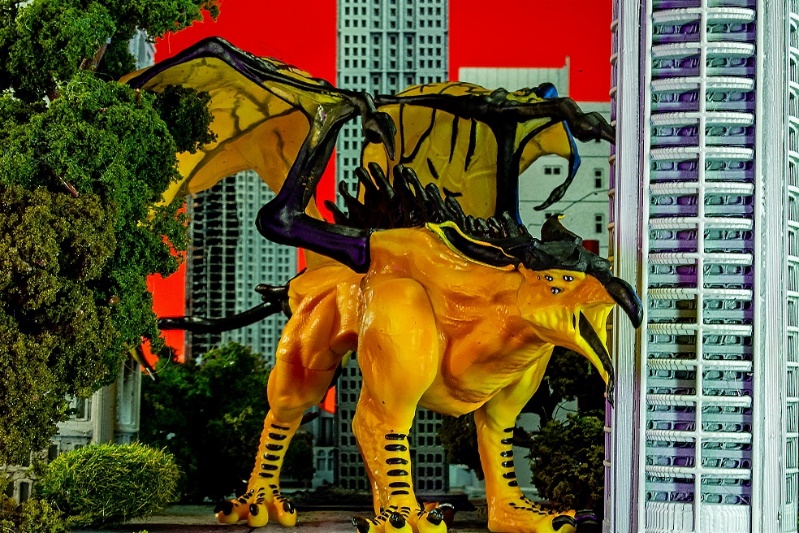 “After this, the monster begins to take on traits of all the animals on the planet until it becomes the alpha predator on the planet and is unstoppable,” it continues. “The first known planet to encounter the beast was the home of the monster Nosferadon. That planet fell in short order after the monster arrived.”

Additionally, the pathogen and its origin are a mystery. “Where the pathogen was created is still unknown and at this time there is no known way to slow or stop its rapid evolution.”

They are now available for order through Titanic’s website and Facebook at a price of $44.99 USD each while a graphic novel based on the “Soul Wars” series and creatures is in the works for publication in 2023.