The wait may have been grueling, but after a year-and-a-half silence following its initial announcement, eager fans have finally received more information about the long-awaited Black Clover movie. 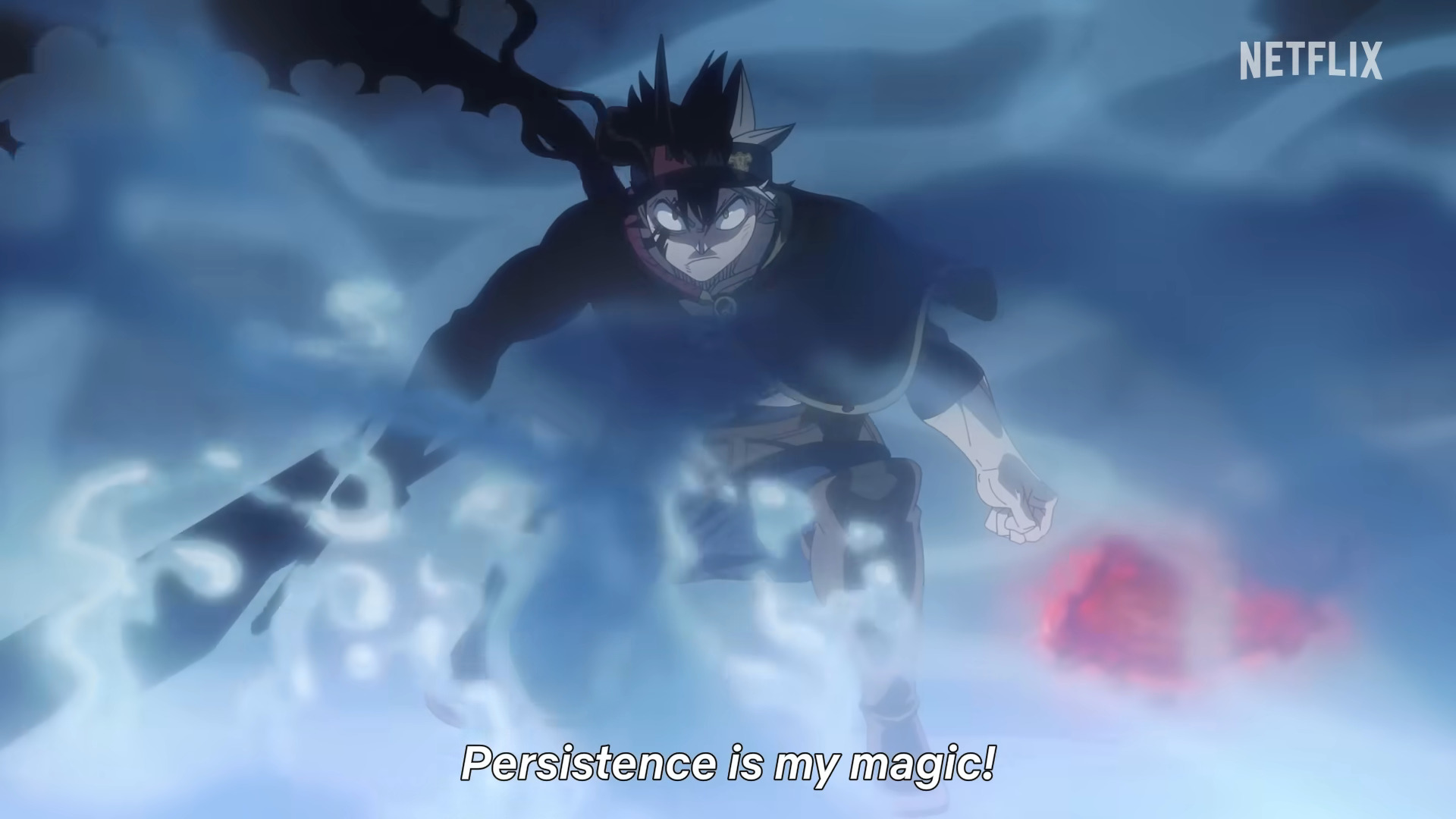 This new bevy of information was revealed on October 6th beginning with the reveal from the official Black Clover Twitter account of both the films official title, Sword of the Wizard King, and a new teaser visual drawn by original series mangaka Yūki Tabata featuring protagonist Asta kneeling alongside one of his signature anti-magic swords. 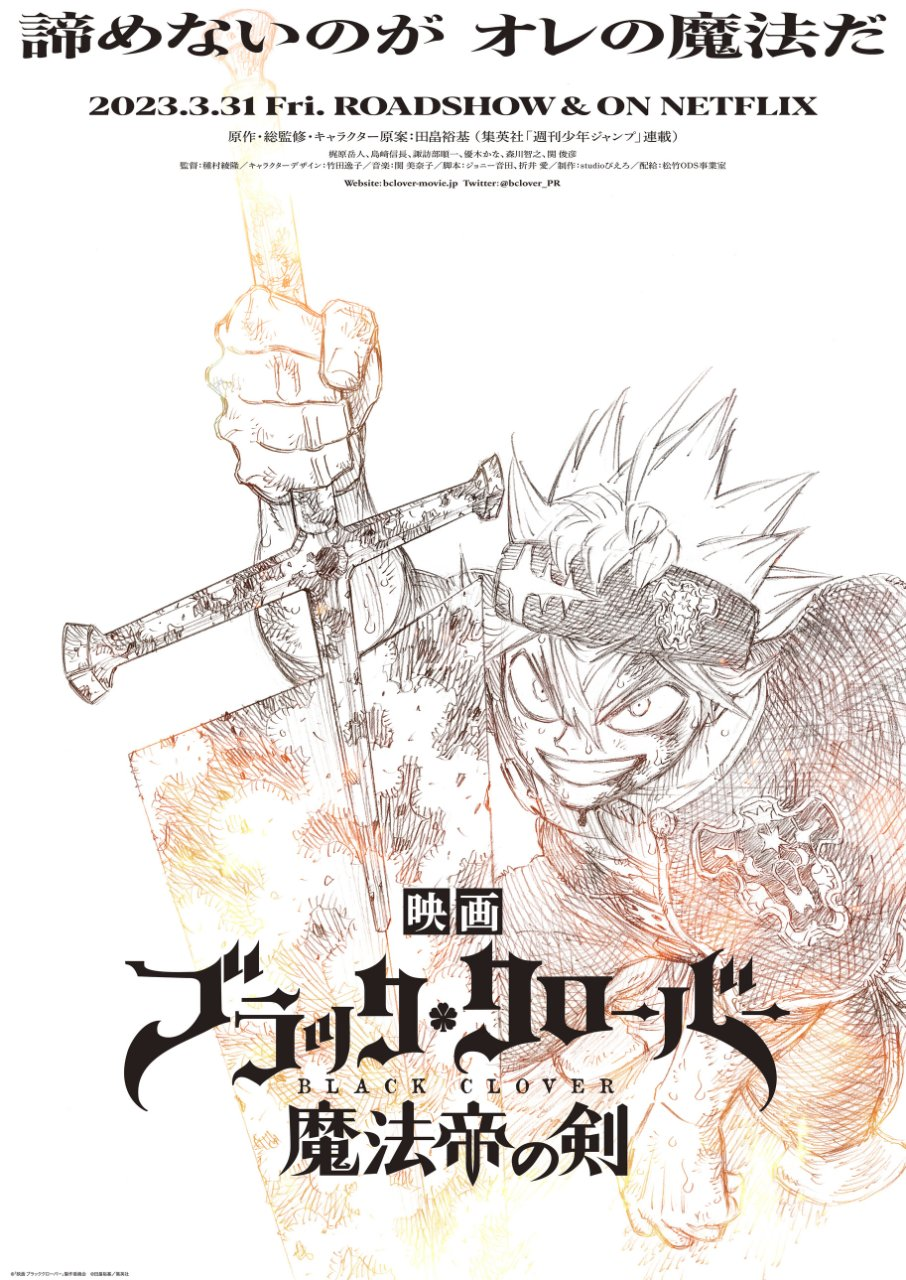 Next, the film received a new teaser trailer, courtesy of Netflix Anime.

In addition, Netflix Anime debuted a new teaser trailer for Black Clover: Sword of the Wizard King.  The first portion of the trailer gave a brief recap of events that occurred in the anime adaptation of Tabata’s manga thus far.

Beginning with a recap of the Black Clover anime, the trailer soon moves to hint that at least some of the film’s plot will take place during the period before Julius Novachorno’s coronation as the Wizard King, as he is seen in the trailer both clad in his Grey Deer Magic Knight uniform and lacking his six-pointed ‘Swallowtail’ mark. 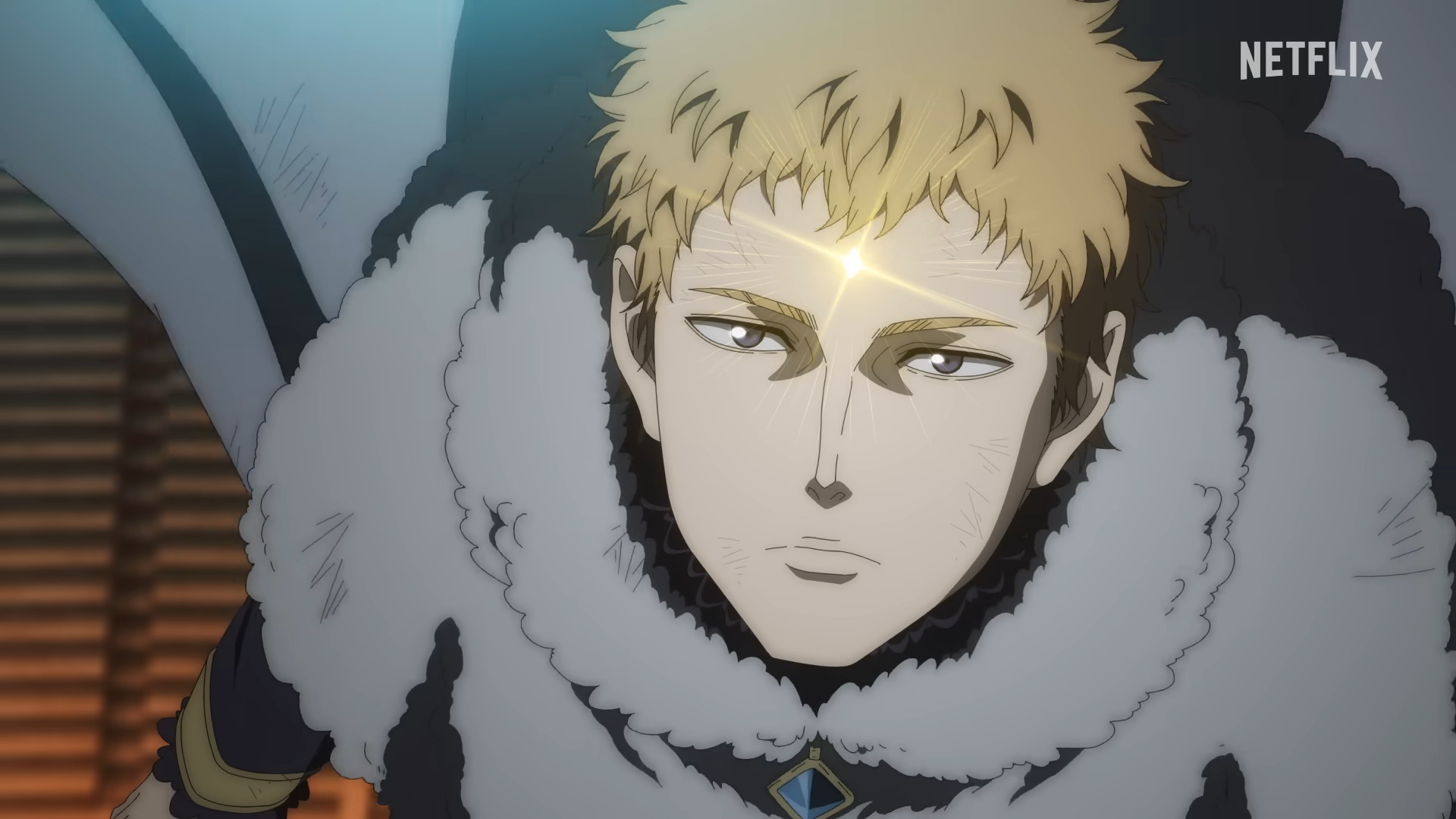 Following the unveiling of the film’s title and its eponymous sword, the trailer treats fans to a taste of the power Key Magic wielded by Sword of Wizard King‘s primary antagonist and Novachorno’s Wizard King predecessor, Konrad Leto (CV: Toshihiko Seki – Muzan Kibutsuji in Demon Slayer).

Raising his hands to the sky, Leto  summons a large weapon as he declares, “This is the day that I will change this kingdom.” 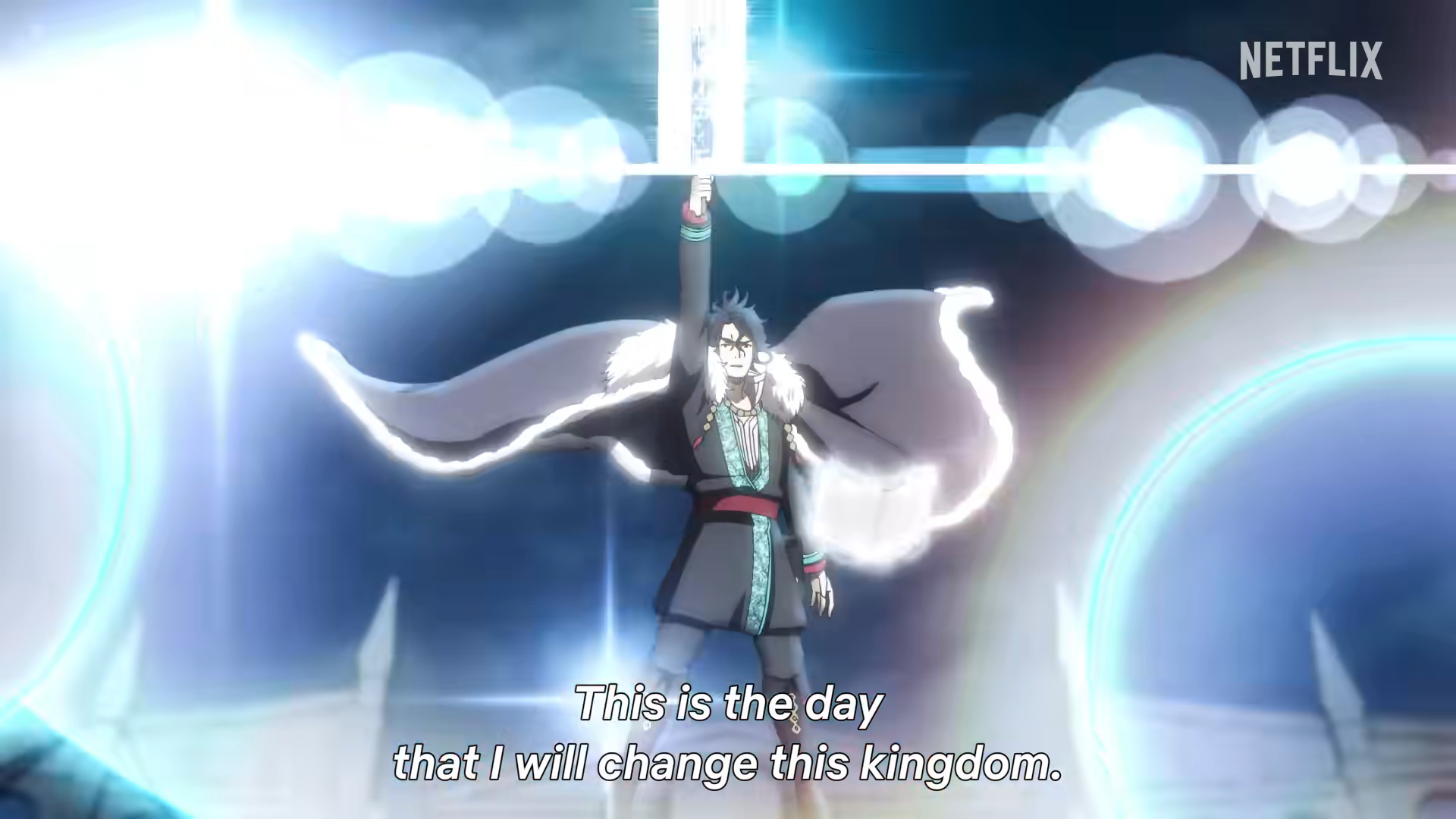 For fans wondering if the events of Black Clover: Sword of the Wizard King will be canon to the original manga, Tabata confirmed via the film’s official website that “This movie is a story about a Magic King that I was wondering whether or not to do in the original story.”

“And I was asked to make it into a movie!,” he added, “[With the film] will be able to enjoy the large scale and flash battles between Asta and his powerful enemies.” 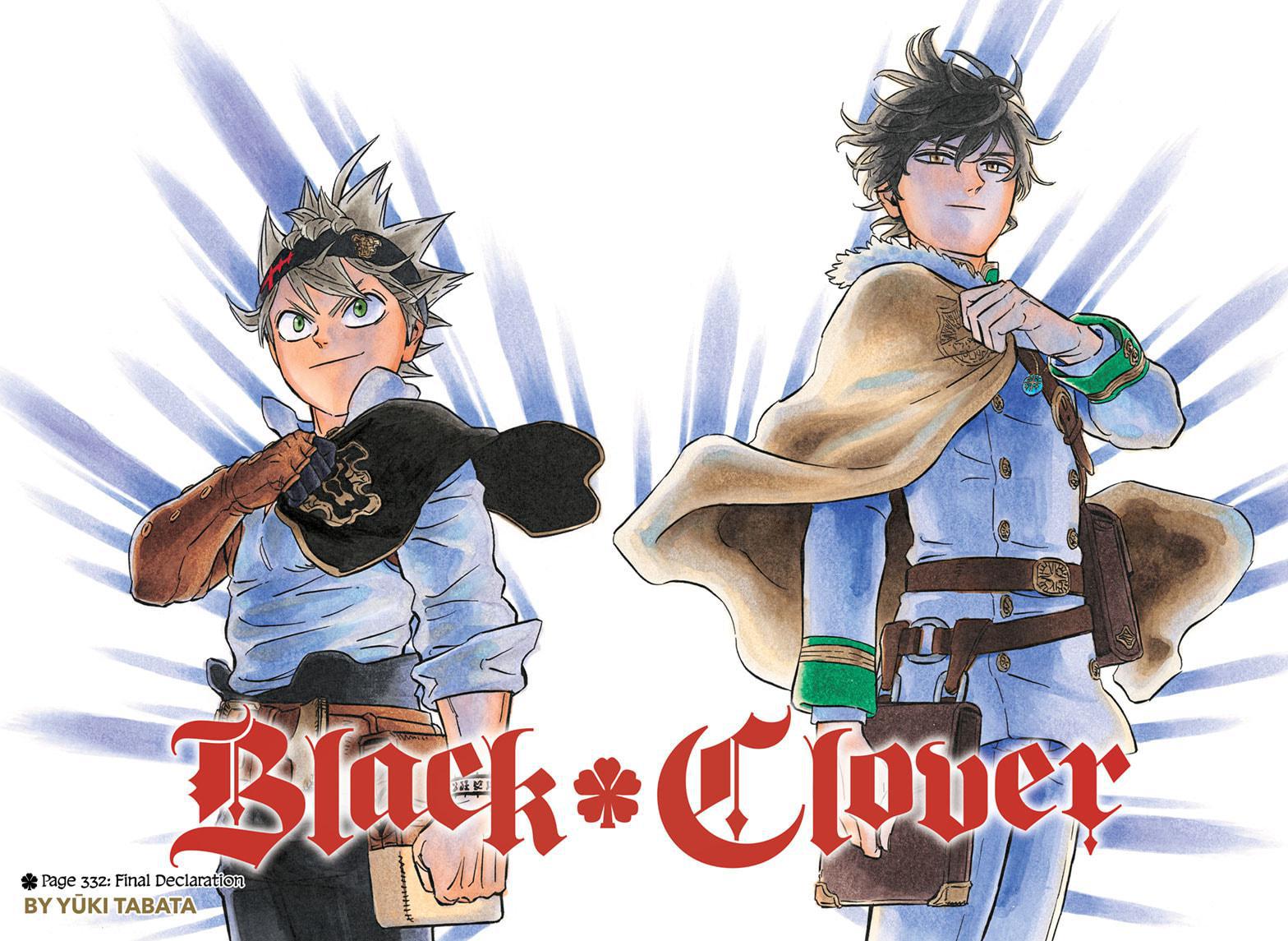 Based on the mangaka’s comments, it seems that Sword of the Wizard King will not be considered canon since the events of the film do not affect the main continuity of the Black Clover manga.

Given the events of Black Clover’s final arc thus far, it is in my personal opinion that the exploration of Julius’ past in the film being rendered non-canon is a missed opportunity to connect the devil hosting families of Black Bull’s Vice Captain Nacht, a member of the Faust family, to the Zogratis family of the Spade Kingdom 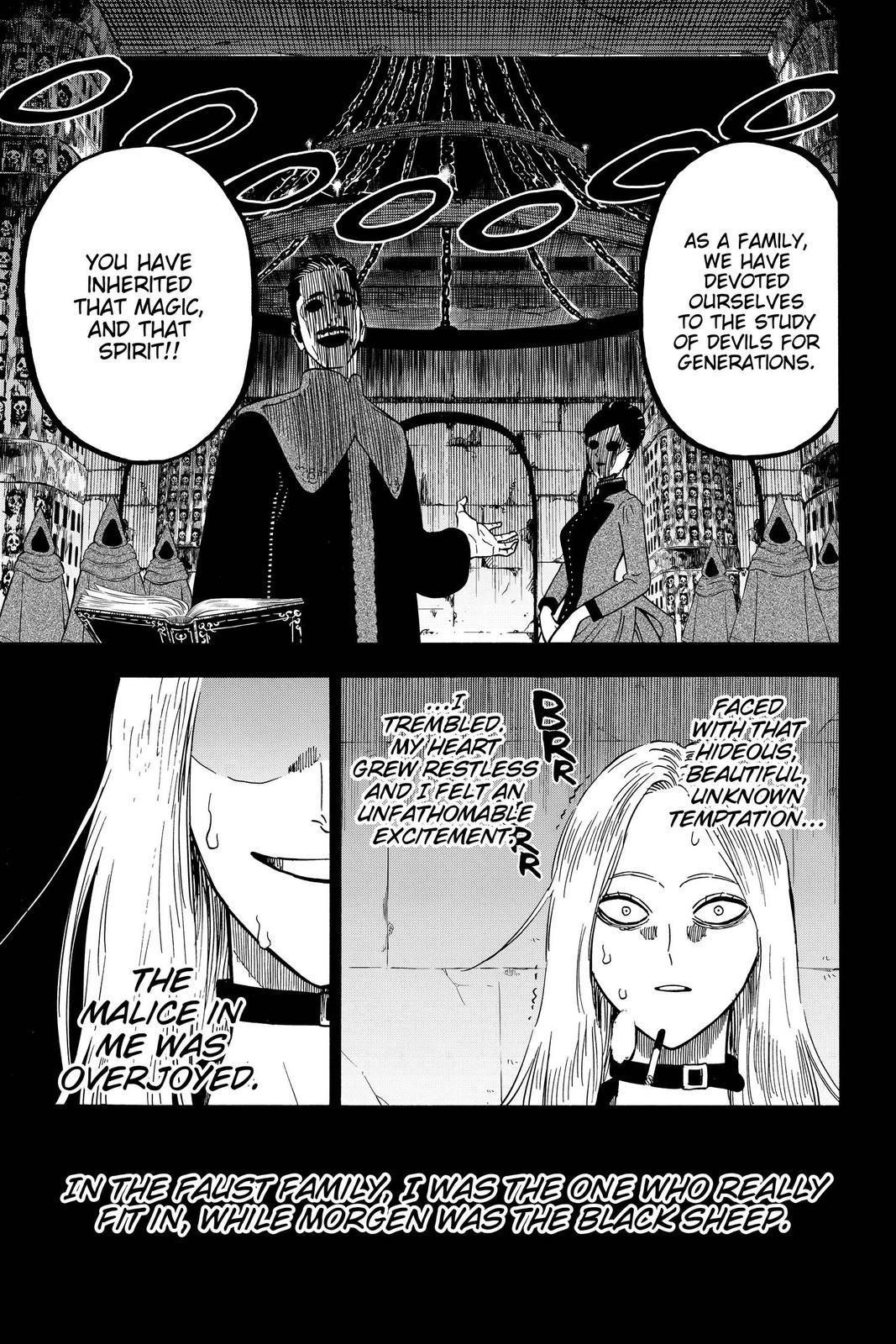 Source: Black Clover Chapter 286 “A Night With No Morning” (2021), Shueisha. Art and Words by Yuki Tabata

This is particularly disheartening as, like One Piece Film: Red and Dragon Ball Super: Super Hero, Sword of the Wizard King‘s story and overall production is being directly supervised by its original mangaka, thus providing an easy opportunity for Tabata to canonize his cut material.

However, on the bright side, Netflix has no plans to lock the Black Clover film away in its notorious ‘anime jail’. Rather, in a first for an anime movie on their platform, Netflix will distribute the Sword of the Wizard King worldwide on March 31st, 2023, the same day it hits Japanese theaters. 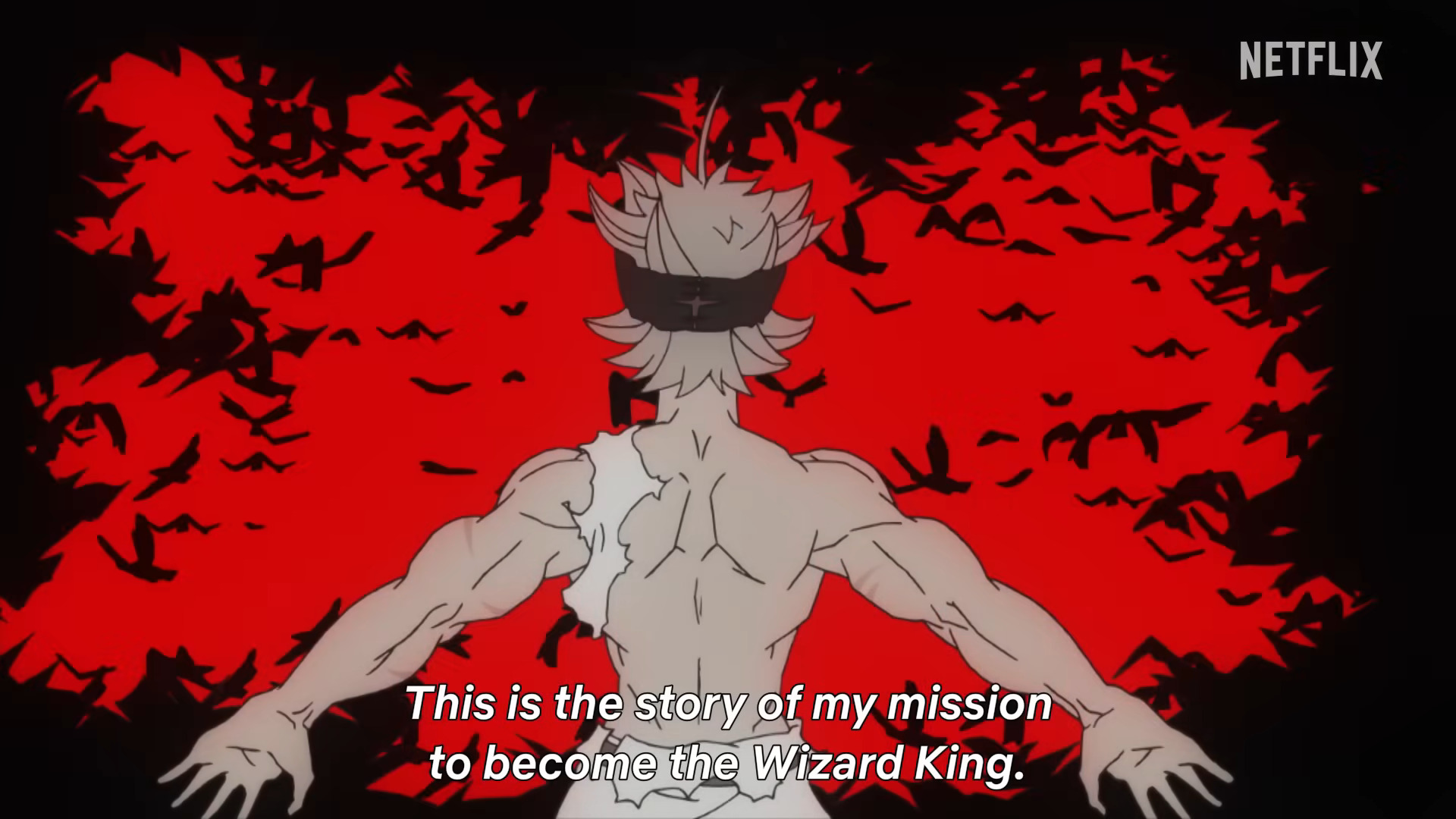 NEXT: From ‘Moonrise’ To ‘Onimusha’, Here Are The Highlights From Netflix’s Tudum 2022