Following Asta’s defeat of Lucifero, it seemed as if things were finally about to settle down in the world of Yuki Tabata’s Black Clover – that was, until its most recent chapter saw both a bombshell revelation and the announcement of a series hiatus.

Tabata kicks off Ch. 331 with the major reveal that Yuno’s mother and Queen Consort of the Spade Kingdom Ciel Grinberryall – who we all thought was dead – is still alive!

Like the series’ fandom itself, Yuno is completely shocked by this reveal, especially as his mother compliments him on how he’s grown. 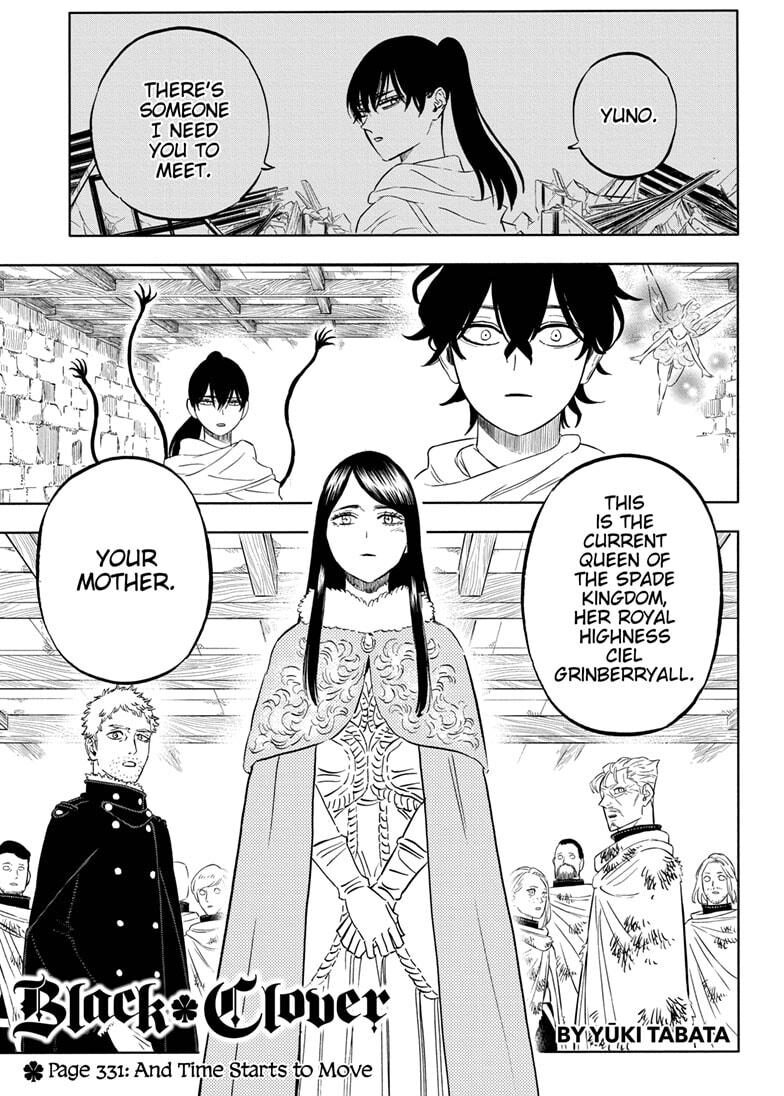 Yuno is then asked by the people of Spade if he will remain in the kingdom in order to help both rebuild it and, eventually, ascend to the throne.

However, he ultimately declines the offer, noting that he still has “a vow I have to keep” with Astra to become the Wizard King (Now that I think about it, Wizard King Yuno of Spade has a nice ring to it, no?). 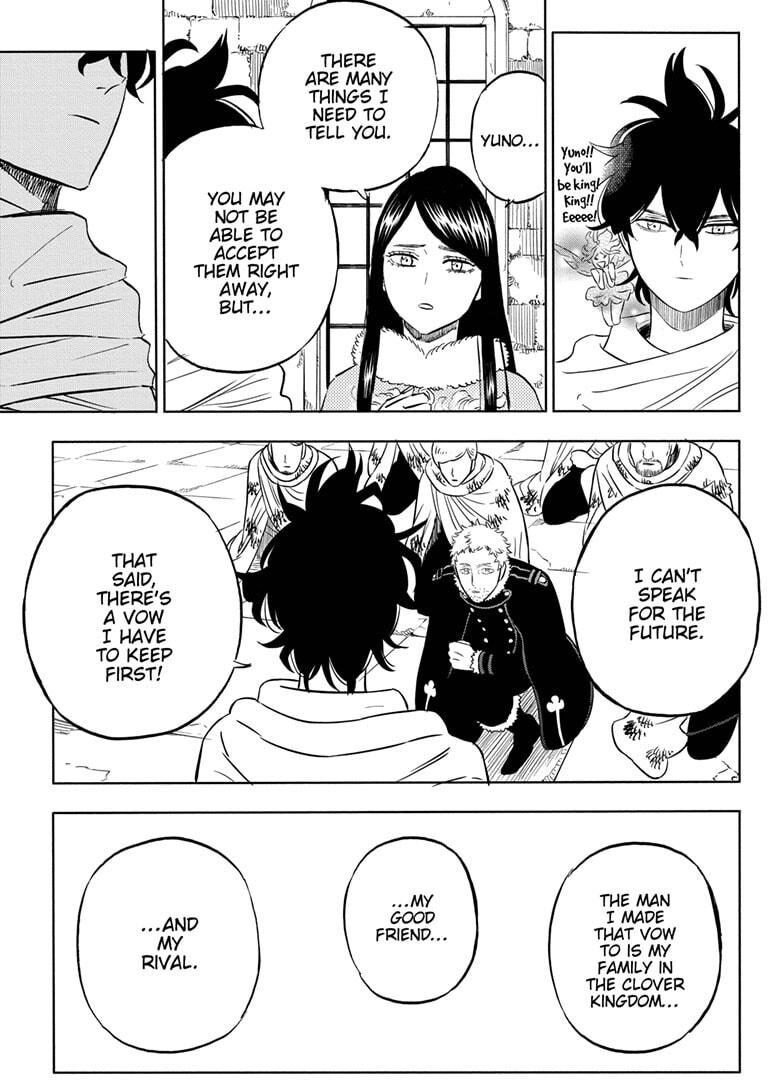 The chapter then cuts to Asta, who can be seen sitting atop the remains of a destroyed clocktower accompanied by an adorable little Liebe on his shoulder.

Turning to his tiny companion, Asta thanks Liebe for the chance to see his mother, Licita, during the brief period when the latter’s memories flooded into the former’s mind during in Ch. 328.

Asta also lets Liebe know that even though he never held a grudge against Licita for abandoning him as a baby, knowing that she ultimately loved him gave him some well-needed closure. 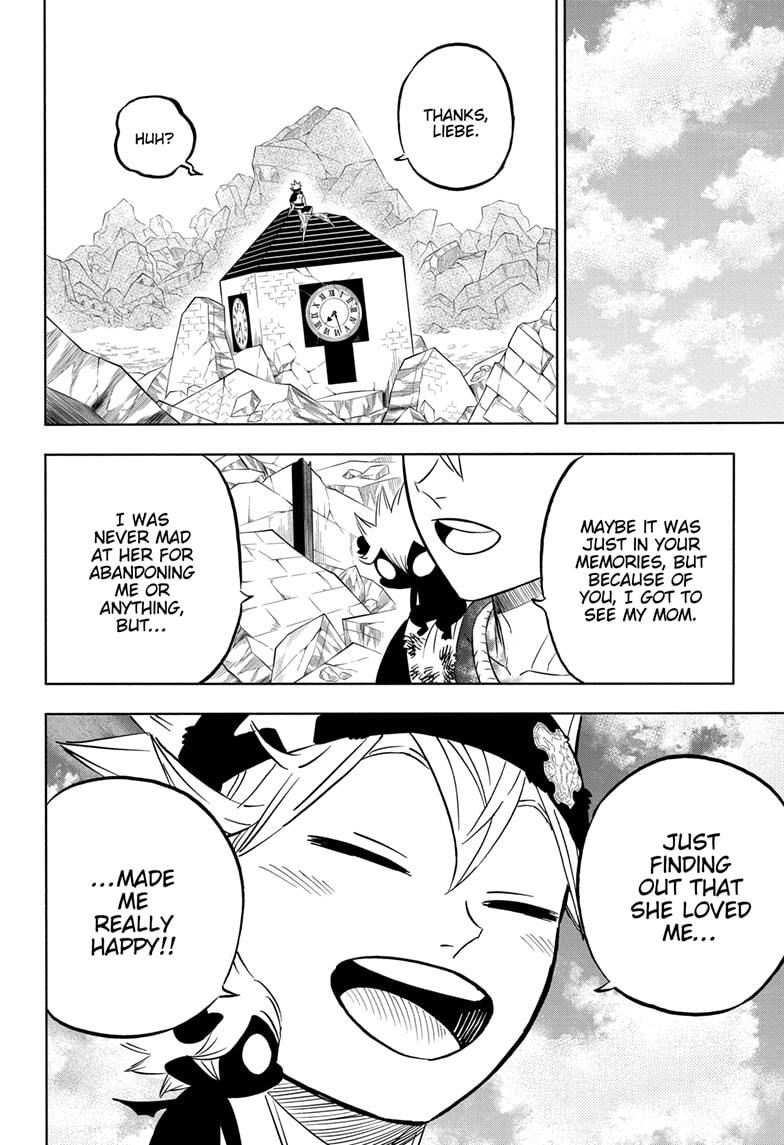 In turn, Liebe thanks Asta for helping him “avenge Licita’s death” by killing Lucifero before turning their attentions to the future and declaring that it’s time to make Asta’s dream of becoming the Wizard King come true.

Of course, the first thing towards that goal, as Asta exclaims, is to convince the people of Clover Kingdom and Damnito that Liebe is a good devil.

(As an aside, it should be noted that in Ch. 330, Lucifero not only explained that half of his power was in the underworld, but it’s seen that his demon heart is still intact. Thus, it’s possible we could see the villain again.) 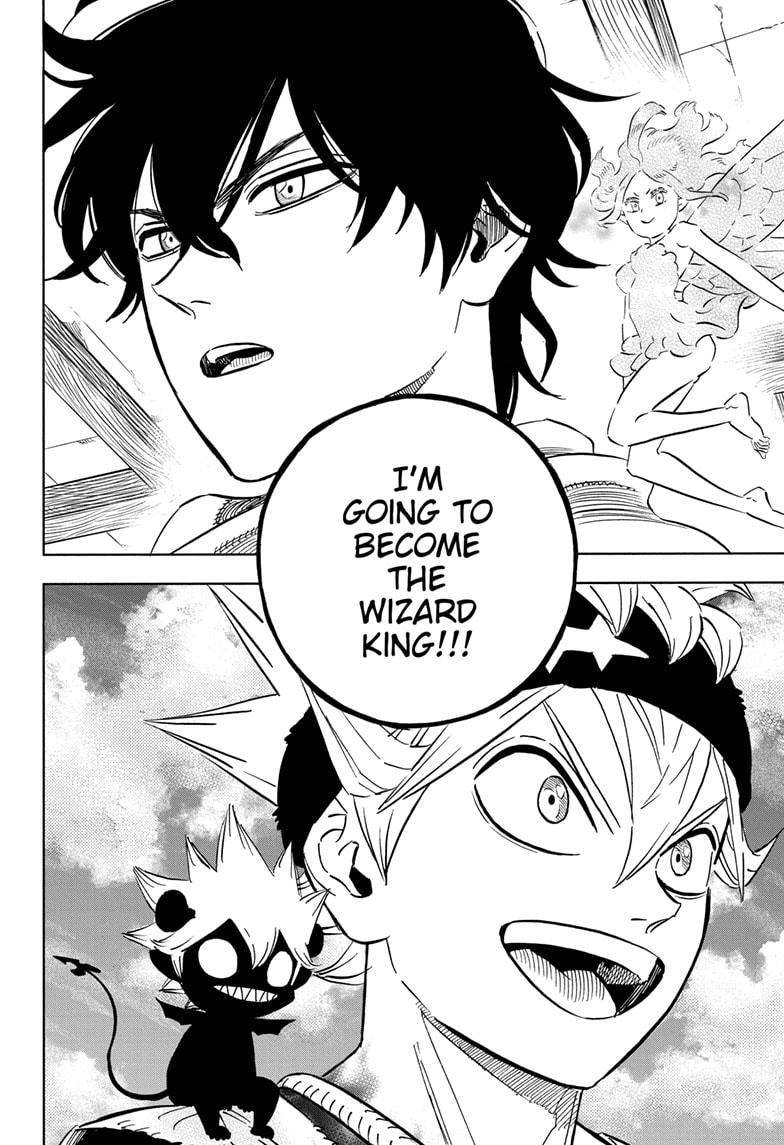 Speaking of the devil, the scene next turns to Damnatio, who is found with a very solemn look on his face as he proceeds to Julius’ office.

Catching an uneasy Julius as he finishes up a call with Marx, Damnatio reveals that in the course of his research into the families of the Clover Kingdom’s devil hosts, he discovered that no documents made mention of the supreme devil Megicula being present within the Qliphoth. 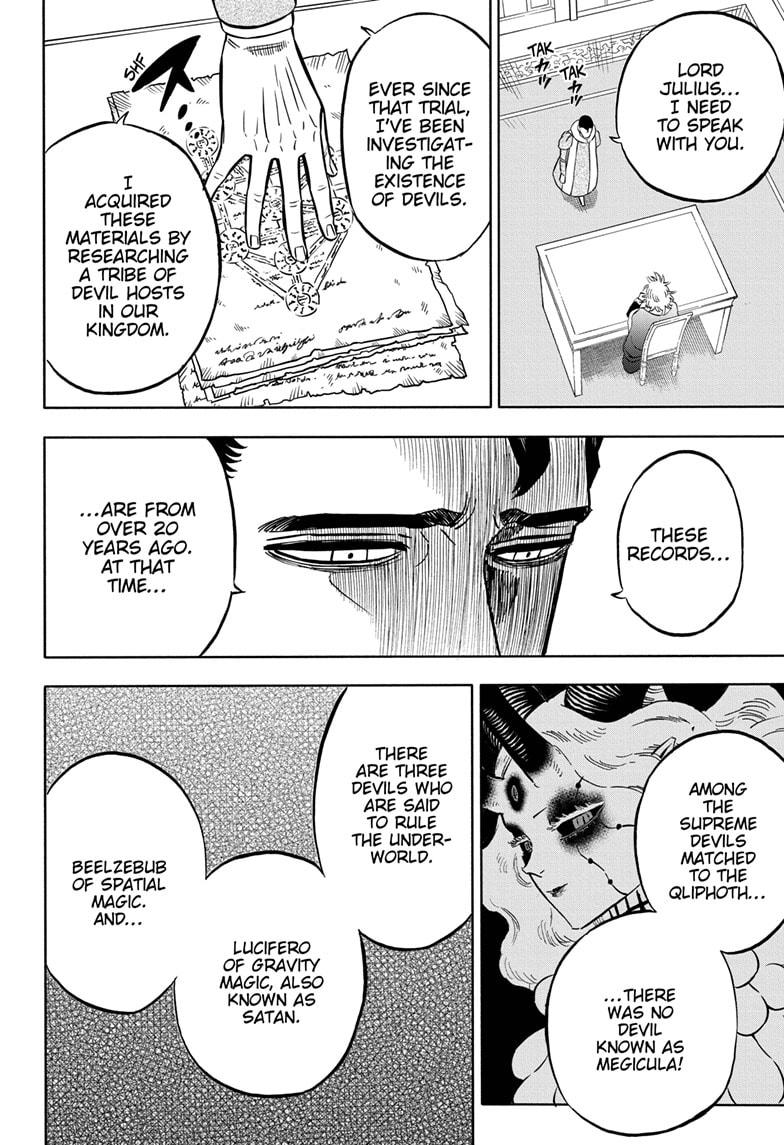 As explained by Damnatio, the underworld is said to have three rulers: the recently defeated Lucifero – also known as Satan – of gravity magic, the yet-to-be-seen Beelzebub of spatial magic, and finally, Asataroth of time magic.

Theorizing that Megicula took over Astaroth’s role as the the third ruler because Astaroth mysteriously disappeared from the underworld, Damnatio then recalls how to date, there has only been one person in the WHOLE WORLD who was ever capable of wielding time magic. 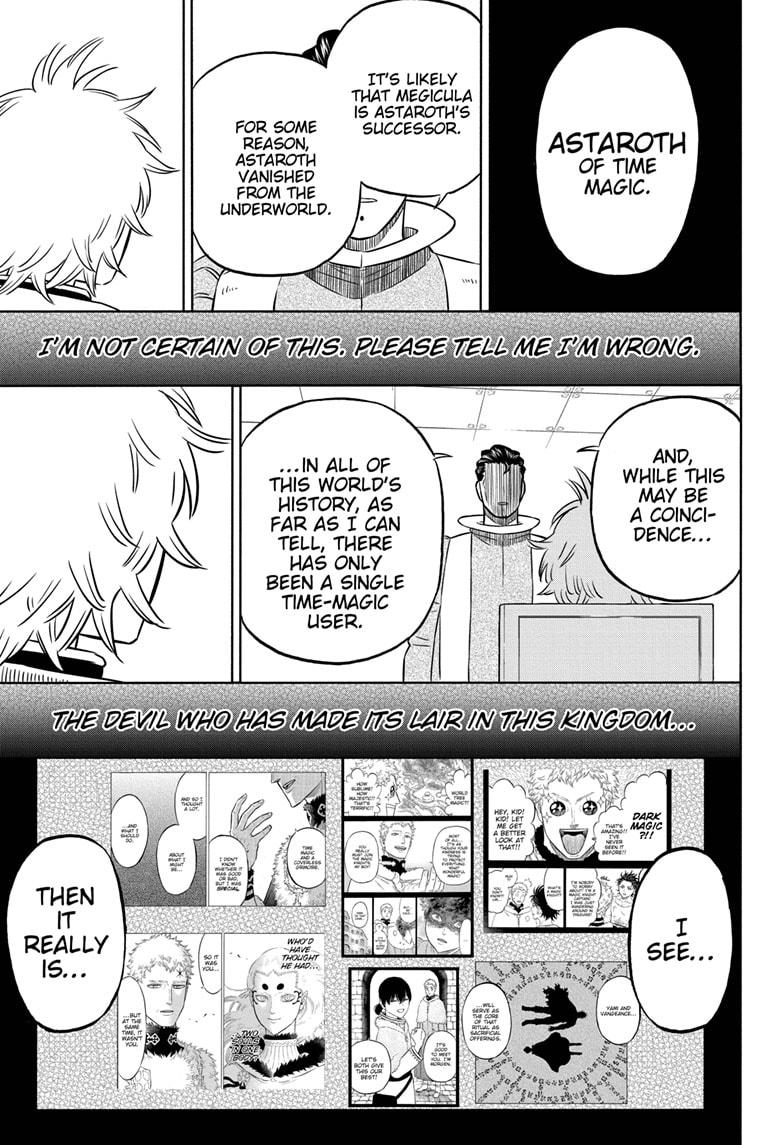 At that moment, as much as Julius wants to deny it, he realizes that he is the Supreme Devil – and, just like the fandom itself, finds himself utterly shocked by this revelation.

Further, due to his using up the rest of his time against the Devils to protect the Clover Kingdom, Julius begins to regress into his true identity. 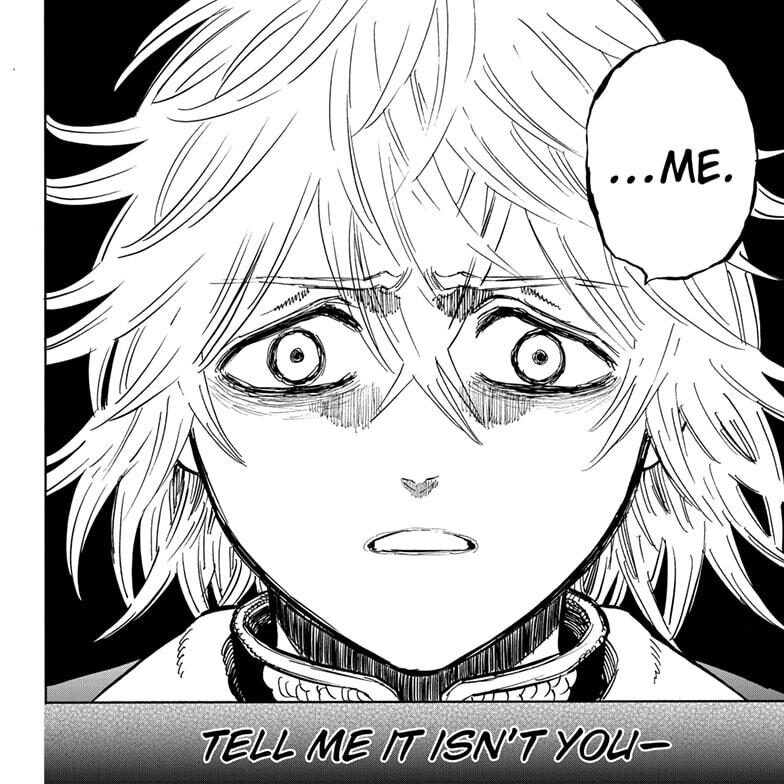 Though Damnatio attempts to stop Julius’ transformation, it unfortunately turns out to be too little too late, as the former Julius taunts him “You didn’t want it to be true, hm?” while the announcement that Black Clover has entered its Final Act appears on the side of the page. 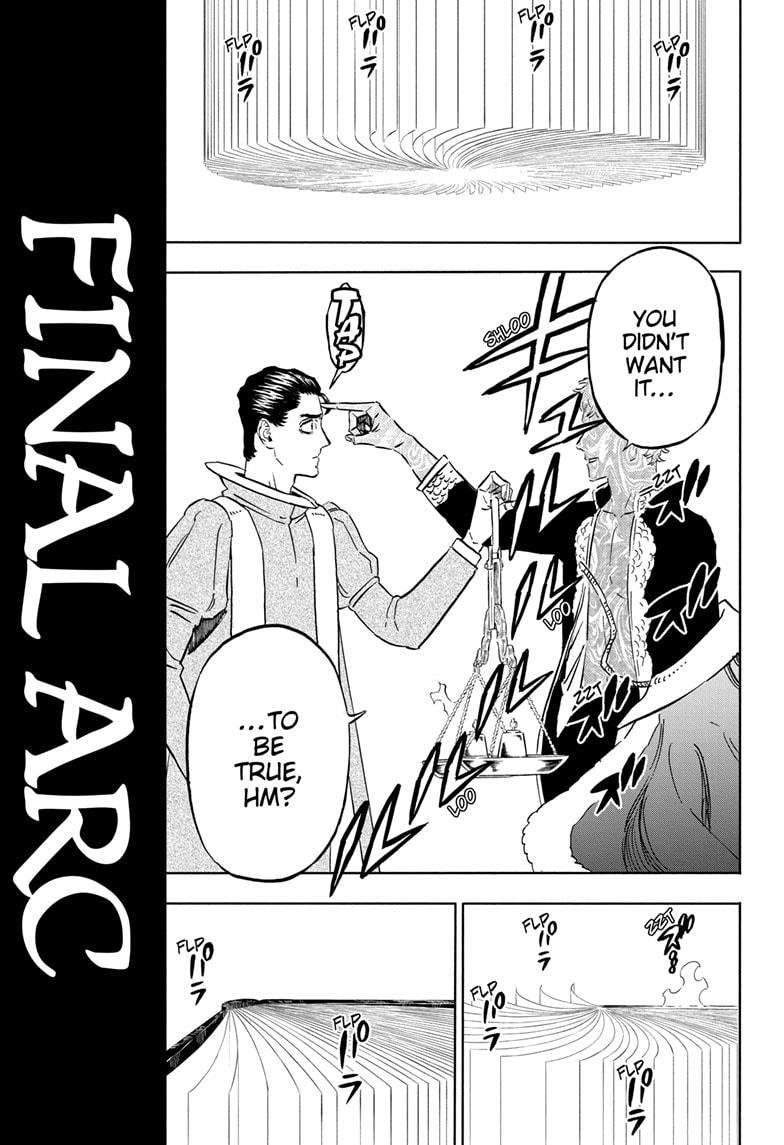 As the cover of the former Julius’ grimoire is revealed to bear the symbol of two spades, Adrammelech flies in through the office window holding Lucifero’s heart in his hand and calls out to the newly realized devil, “Hey there. It went basically the way you said it would…Lucius Zogratis.”

Turning towards the reader with his disguise fully dropped, the eldest Zogratis brother closes out the chapter with the answer, “Yes. The time has come.” 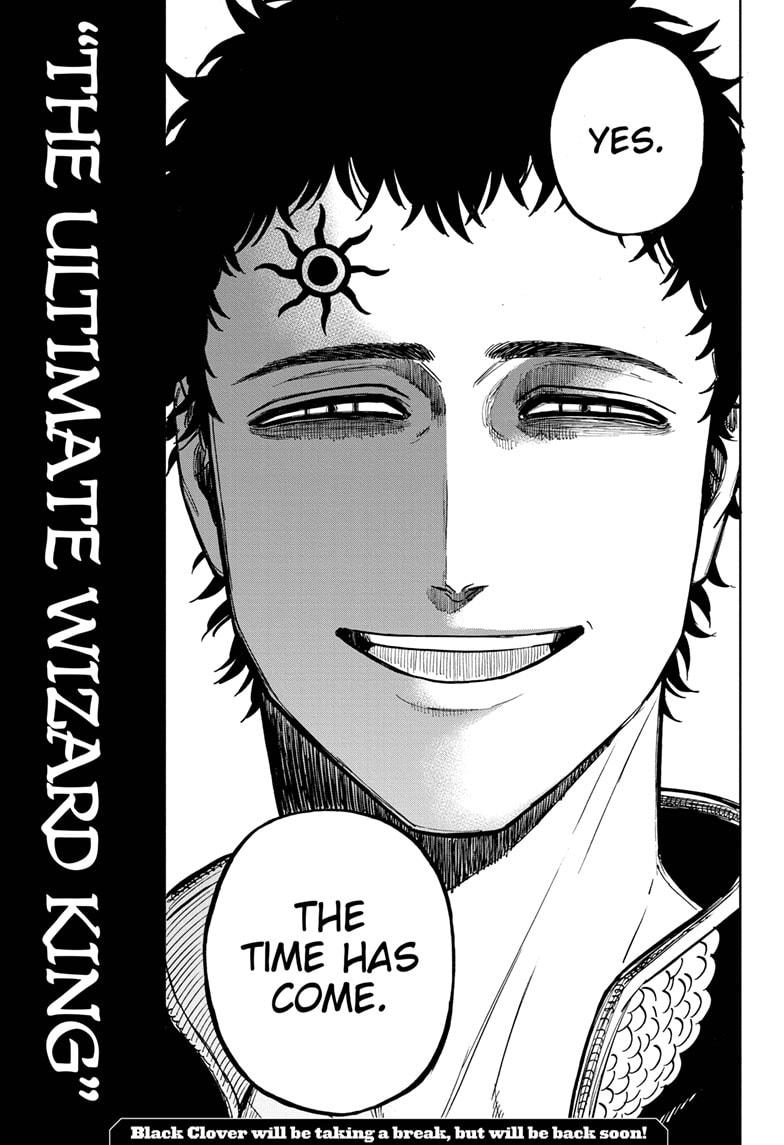 Interestingly, “The time has come,” could refer to both the underworld and the regular world, as there are unresolved threads that could spell the end of either.

These include the possibility that Astaroth’s demon heart is inside of Yami, the fact that Beelzebub has yet to make an appearance, and the matter of the Supreme Devil mentioned by Nacht in his backstory. 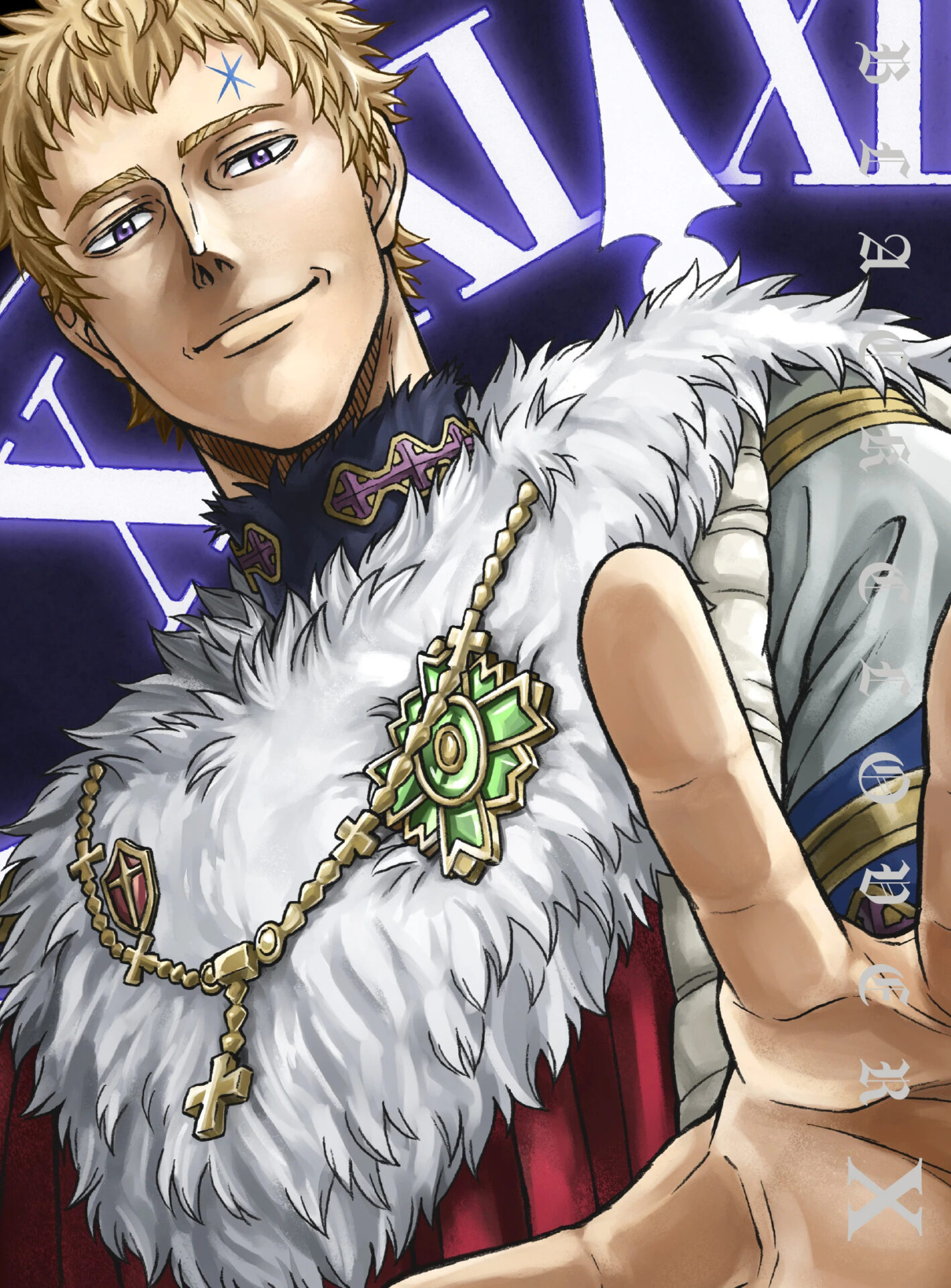 Unfortunately, it looks like we’ll have to wait a bit before we start to learn more about these plot points, as following the release of Chapter 331, it was announced that Black Clover would be going on a three-month hiatus in order to allow Tabata to “rest for a short amount of time before starting the creation of the new arc.”

“After discussing the matter with Tabata Sensei, it was decided to allow him to rest for a short amount of time before starting the creation of the new arc,” read a shared message from Tabata and the Weekly Shonen Jump Editorial Department. “The break is planned to be about three months, and the return date will be announced in a future issue of Weekly Shonen Jump.”

“This may be difficult news for those looking forward to the next chapter, but we request your patience and understanding,” the message concluded “We ask that you continue support Black Clover going forward.” 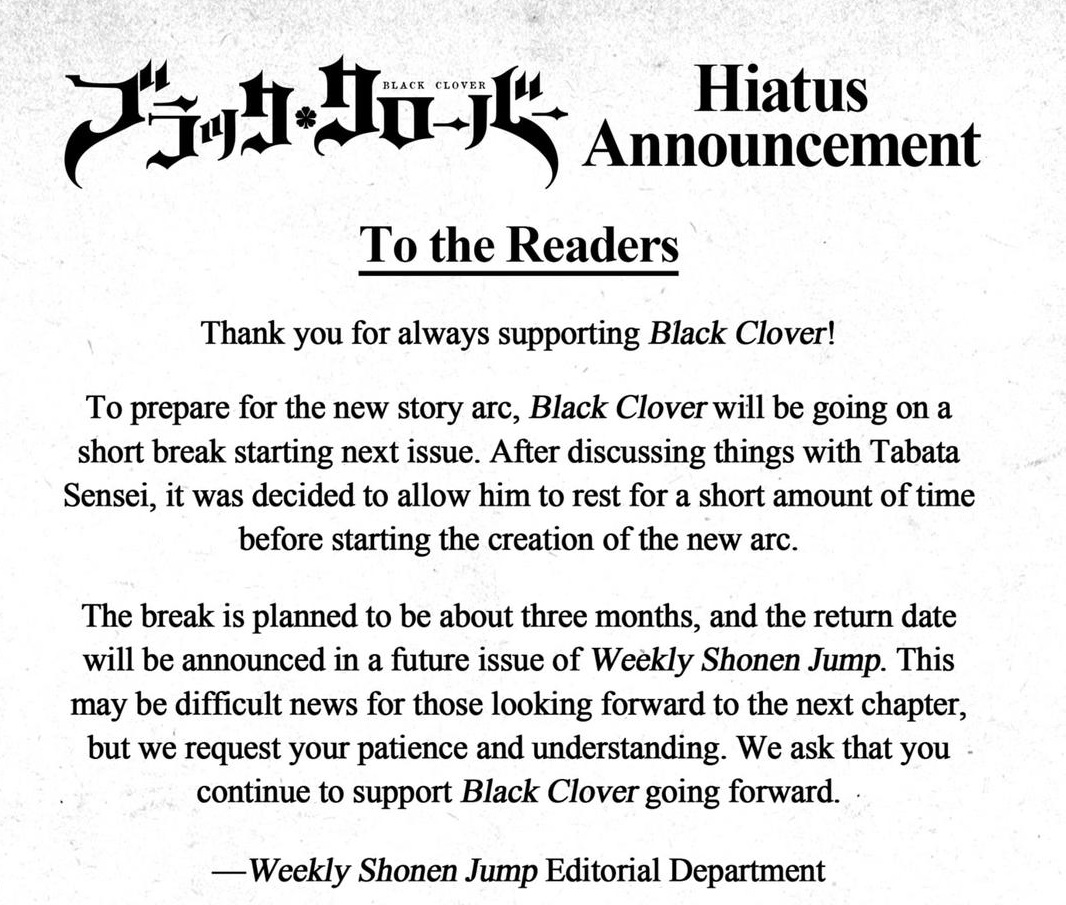 In a personal message, Tabata added, “I personally wished to keep going without taking a break, but after discussing things with the editorial department, we decided that I should take a long break to give me more time to create the final arc.”

“I apologize to those who look forward to reading the new chapters each wee,” the mangaka continued. “But I plan to do my best to make Black Clover as good as it can be and give it a proper conclusion.  So I’d appreciate it if you could just wait a little longer.” 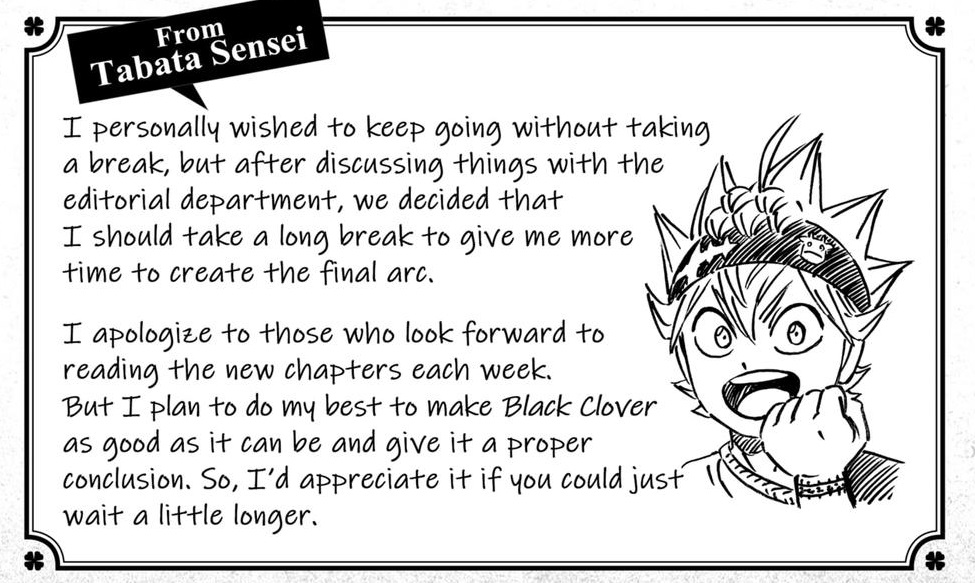 This hiatus was already well deserved, but WOW, after Chapter 331, Tabata deserves all the time off he wants. These reveals have gotten the fandom even MORE hyped for Black Clover – an excitement which said fans expect to result in a drastic increase in volume sales.

Are you hyped for the final arc of Black Clover? Did you expect Julis to be the final villain of the series? Let us know your thoughts on social media or in the comments down below!