The United Nations Women’s organization has taken issue with an ad for the latest volume of  Kiseki Himura’s slice-of-life manga, Tawawa on Monday (Getsuyoubi no Tawawa), which they believe is “about a minor woman as a male sexual target”. 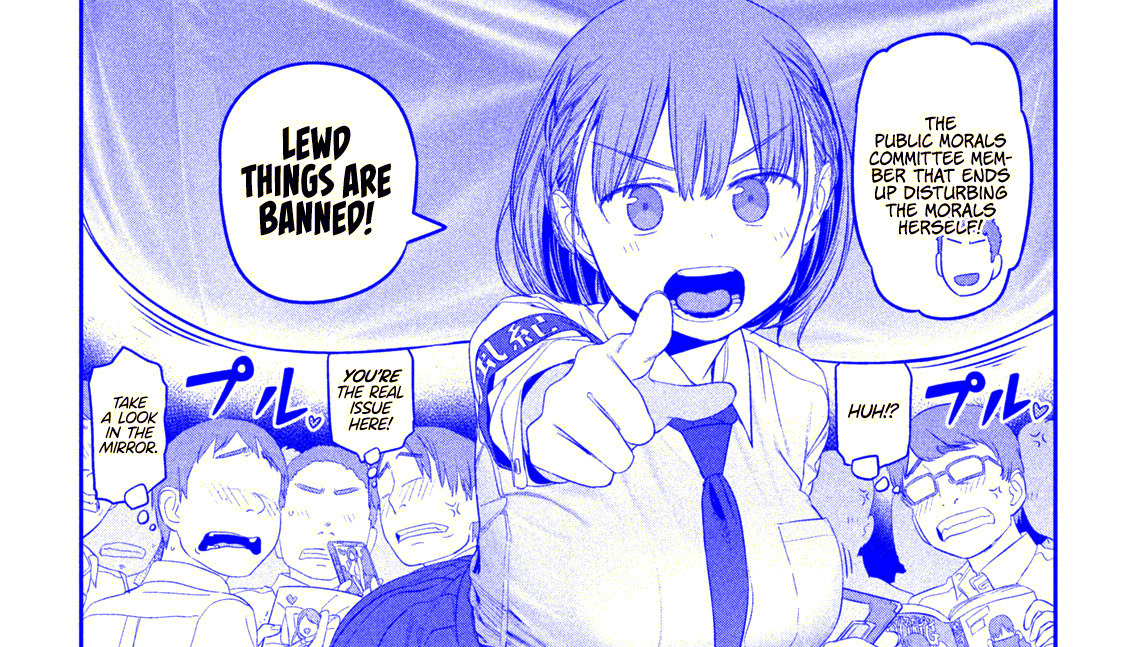 Translated in English as Tawawa on Monday, Getsuyoubi no Tawawa centers on Ai, a high school student whose most prominent feature are her intentionally-punny I-cup breasts.

One day on a train ride to school, Ai encounters a gloomy older salaryman and quickly strikes up a friendship with him. From then on, Ai and the salary man meet up every Monday, keeping each other company and brightening up their morning commutes. 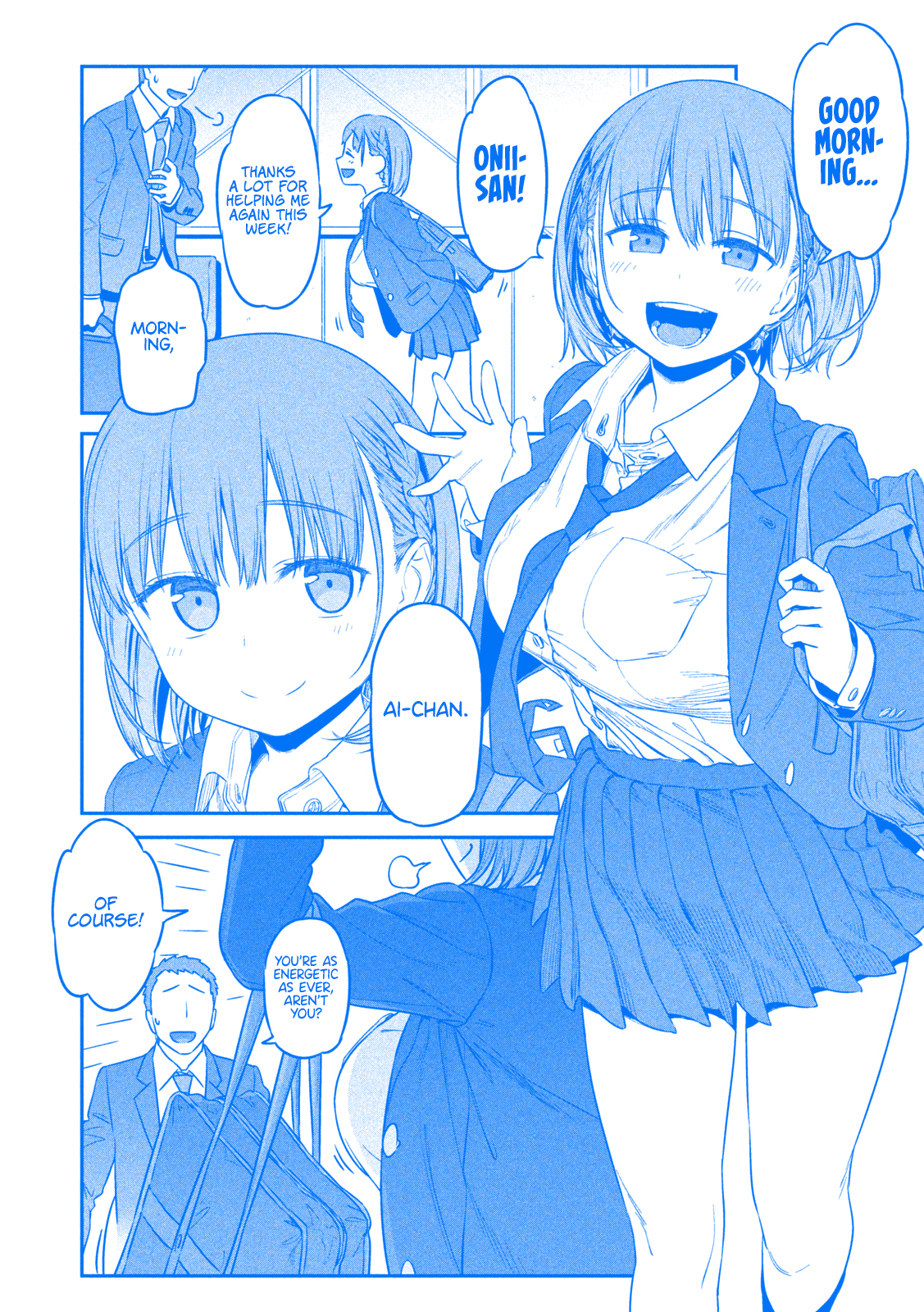 On April 4th, major Japanese newspaper The Nikkei ran a full-page advertisement for the series’ upcoming fourth volume featuring a simple illustration of Ai alongside a message, as translated by OtakuUSA, reading, “I hope this will be a wonderful week.” 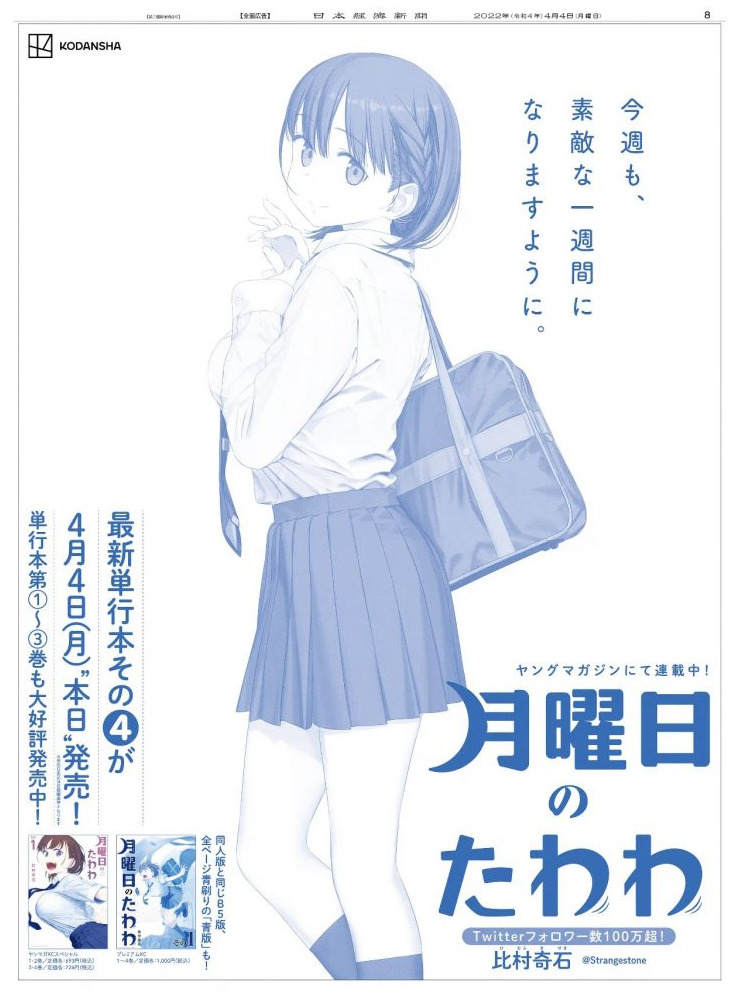 Source: The Nikkei via Otaku USA

In their letter, the group – whose executive board currently hosts such anti-gender equality member countries as Sierra Leone and Afghanistan – demanded that the paper give clarification on why they published an ad promoting “gender stereotypes”. 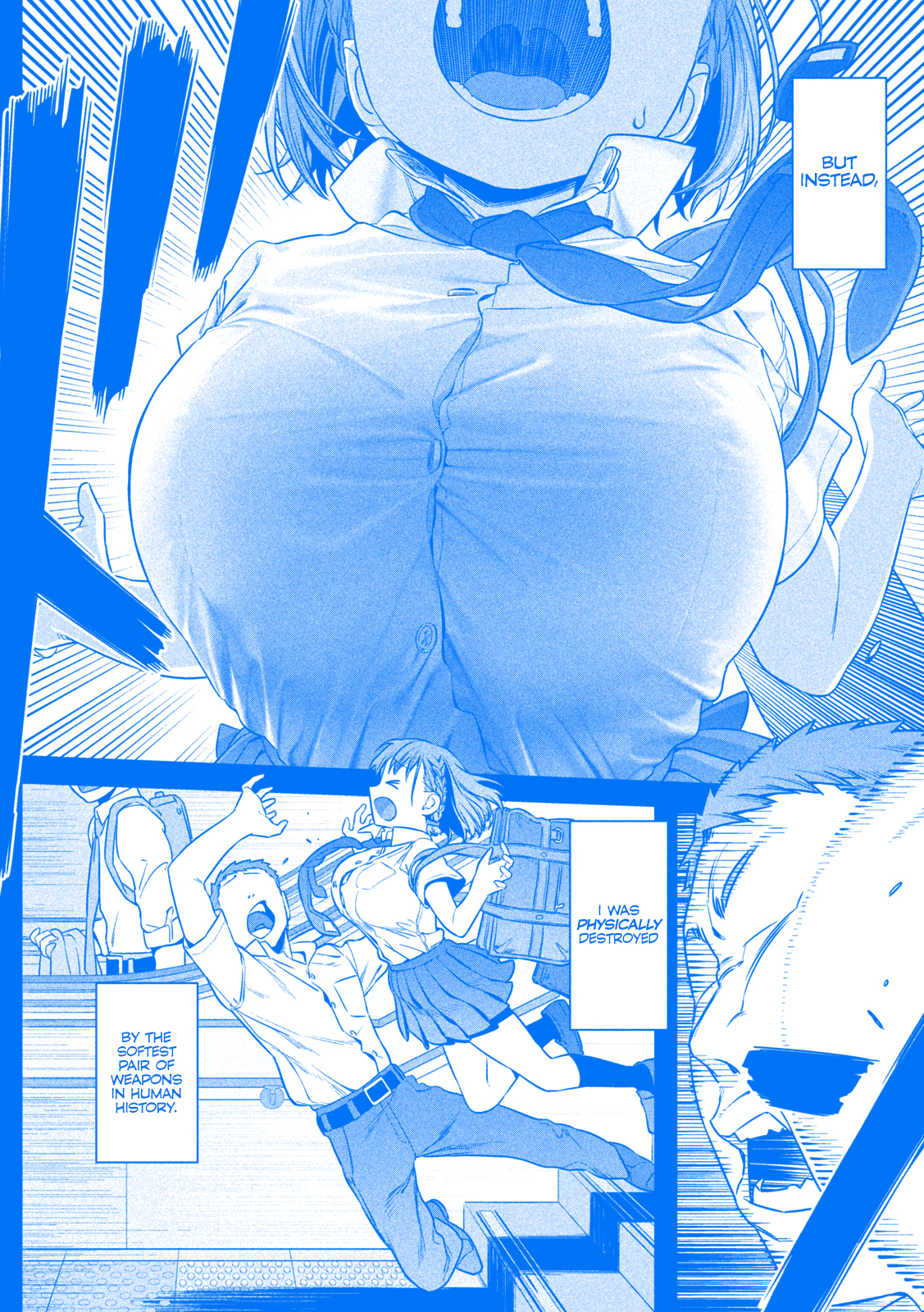 Responding to the initial outrage on April 8th, the magazine in which Getsuyoubi no Tawawa is serialized, Kodansha’s Weekly Young Magazine, explained to Comic Natalie that the advertisement was run because “April 4th is the first Monday of the year for new employees. We put up a full-page ad to get rid of anxiety and get better. ”

Issuing a separate statement, Kodansha themselves told the Japanese branch of The Huffington Post that “This advertisement was posted in conjunction with the release of the new issue in order to develop new readers. We take your opinions seriously and will take them in the future. We would like to give due consideration to the development of advertising.” 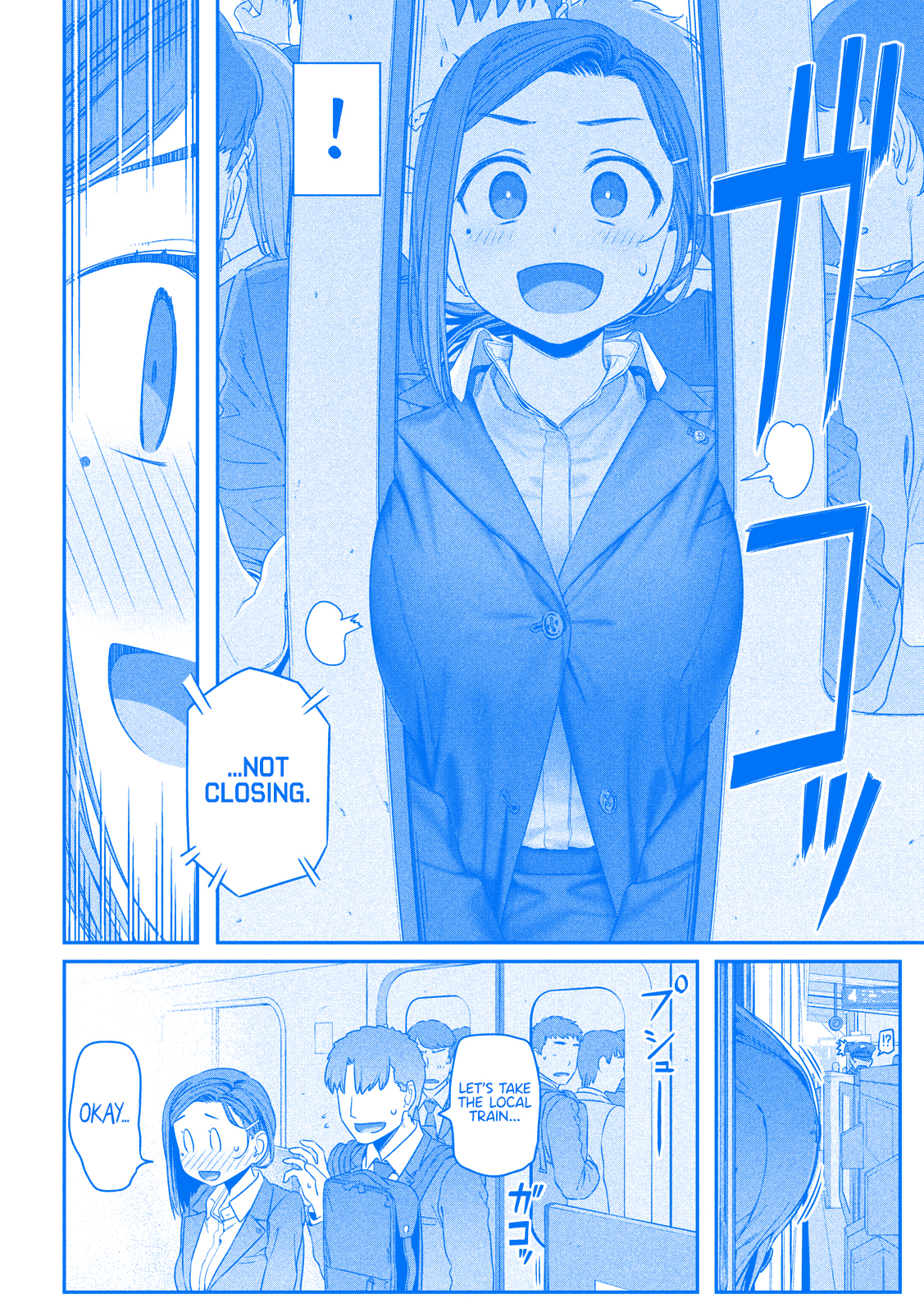 Speaking to the Japanese branch of The Huffington Post (machine translated via Google Translate), UN Women Japan director Ishikawa Kae explained that the organization’s issue with the ad was how it “only reflects the view that men want high school girls to do this, and high school girls are given only the personality of ‘supporting men with sexual attraction.'”

“The ‘Three P’ principles that we have emphasized are not being followed,” she added. “Obviously, advertising a cartoon about a minor woman as a male sexual target risks promoting stereotypes that impose these roles on women.” 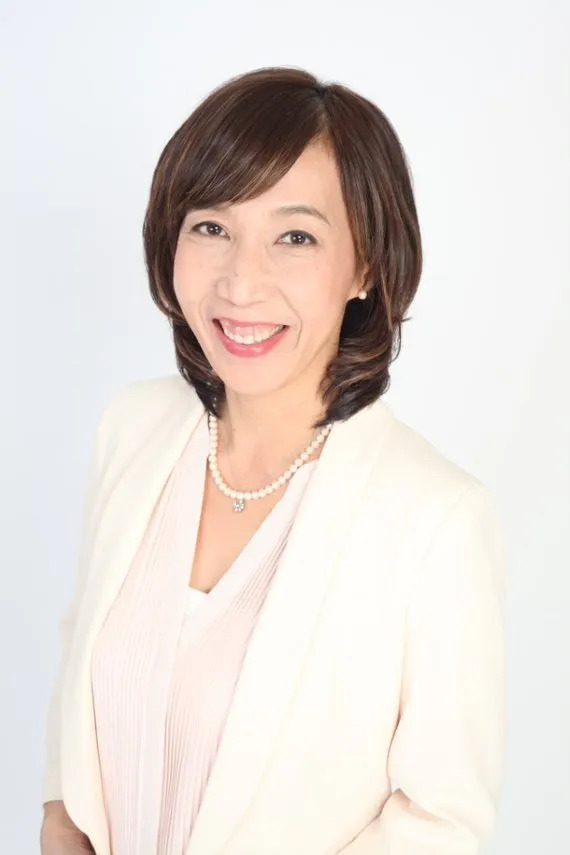 She further asserted, “Stereotypes about women and girls are a major impediment to gender equality. Since advertising has a great influence on the formation of social norms, The Unstereotype Alliance believes that it is necessary to reflect the appearance of diverse people and break away from stereotypes with the aim of gender equality.”

“The company (The Nikkei) is also a member,” Ishikawa noted. “But this advertisement violates the terms of membership.” 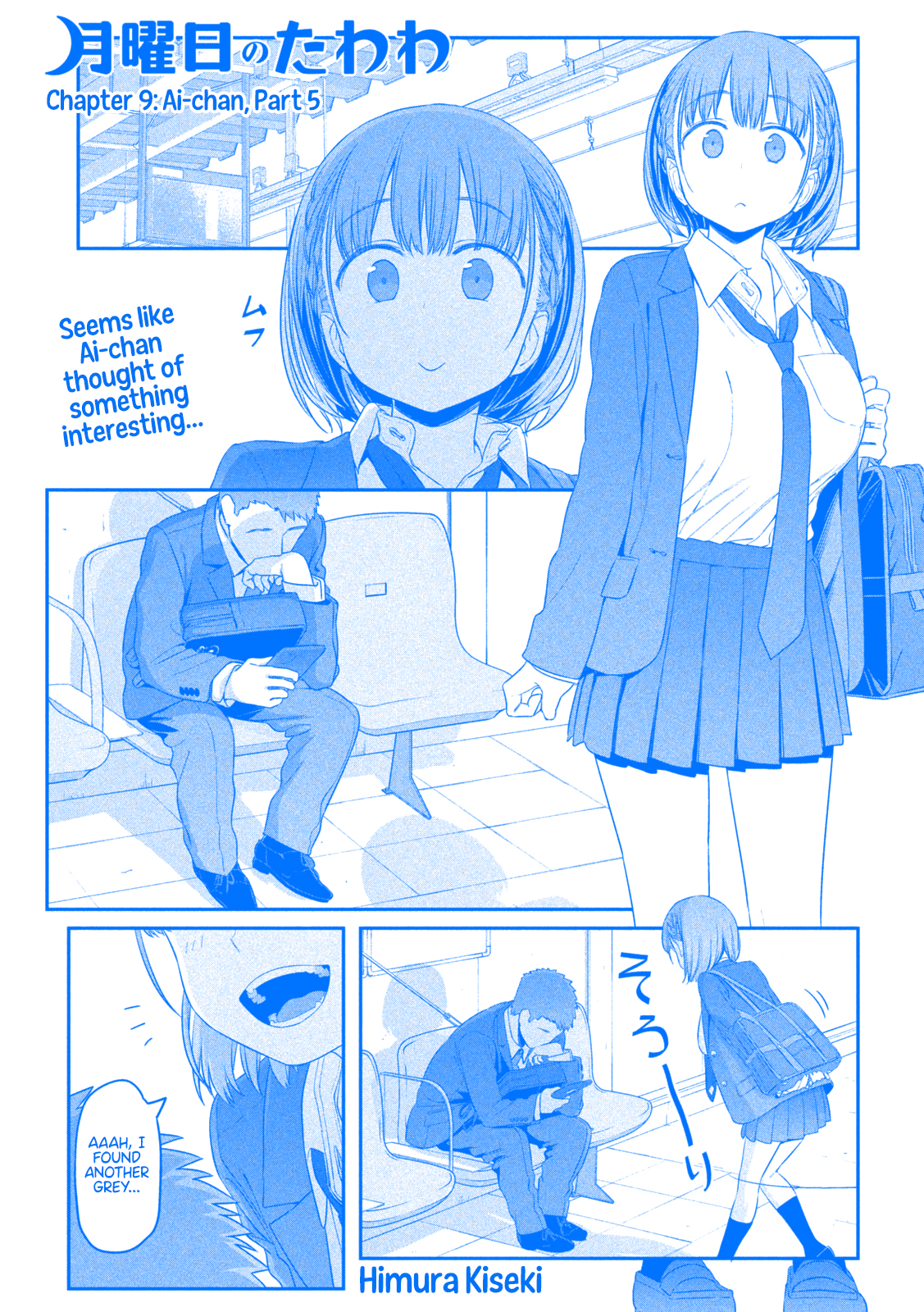 Continuing, Ishikawa claimed, that “UN Women is not questioning the attitude of publishers and authors of the manga that appeal to them in advertising,” but are rather “blaming the Nikkei newspaper for making the decision to place this ad.”

“I want them to think about the social responsibility of the media once again,” she added. “Without external explanations from the company, I am not convinced that we will continue to work with the company to promote gender equality through the power of advertising.” 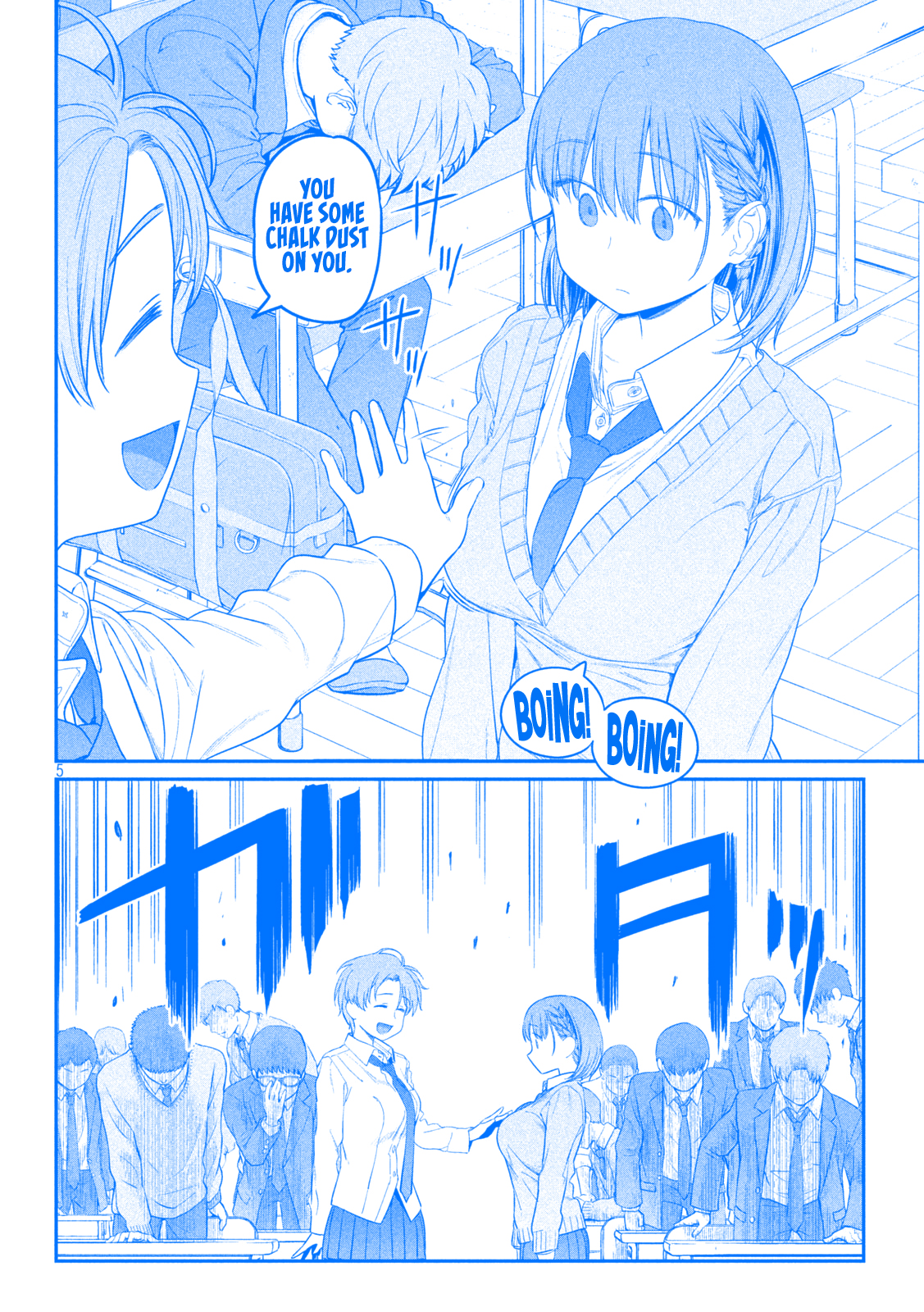 The ‘Three Ps’ mentioned by Ishikawa refer to a set of criteria an advertisement must meet to win a ‘Nikkei Woman Empowerment Advertising Award’, an accolade awarded to advertisements are viewed as contributing to gender equality and whose founding member is The Nikkei.

To be eligible for this award, an advertisement must satisfactorily answer the questions of: 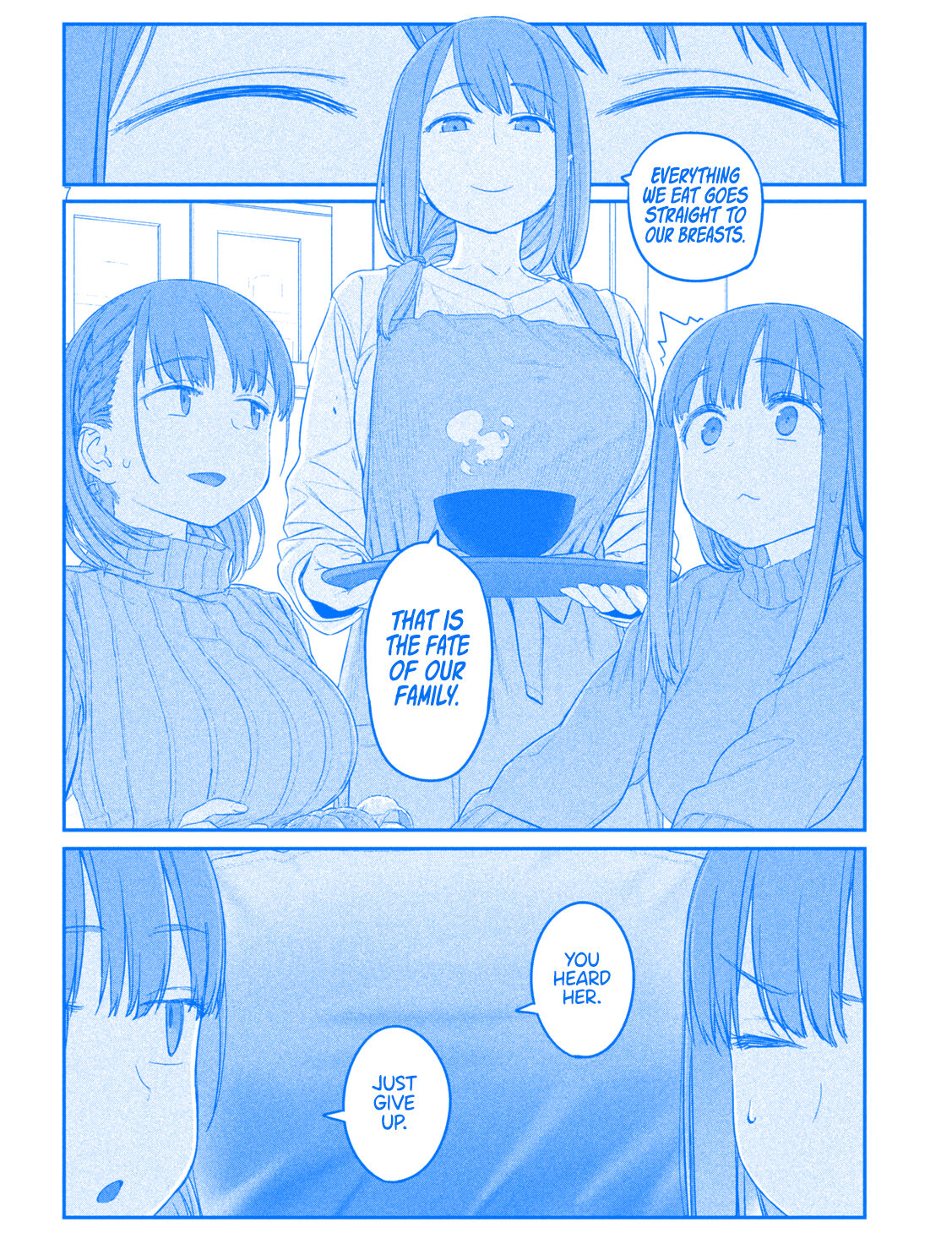 This award is itself part of a larger partnership between numerous businesses, such as Coca-Cola, Aflac, and Yamaha, and the Japanese arm of the UN Women’s Unstereotype Alliance effort.

According to UN Women Japan’s website (machine translated via Google Translate) the purpose of this effort is “promote gender equality through media and advertising and eliminate ‘harmful stereotypes.'”

Answering the question of “What is an ‘unstereotype’?”, the Unstereotype Alliance explains on their official website, “Stereotypes such as ‘Women and men should be like this’ keep innovation and free thinking away by binding or shaping companies and people. Consumers will also move away from brands and products that draw stereotypes.”

“Stereotypes are also a major barrier to achieving gender equality,” they add. “Please participate in ‘Unstereotype’ activities with companies all over the world aiming to remove stereotypes from society.”

Asked for comment on the backlash, The Nikkei’s PR office told The Huffington Post (via Anime News Network) that confirmed the company is aware of the current controversy revolving around the, but noted that they do not comment on individual ad placement decisions. 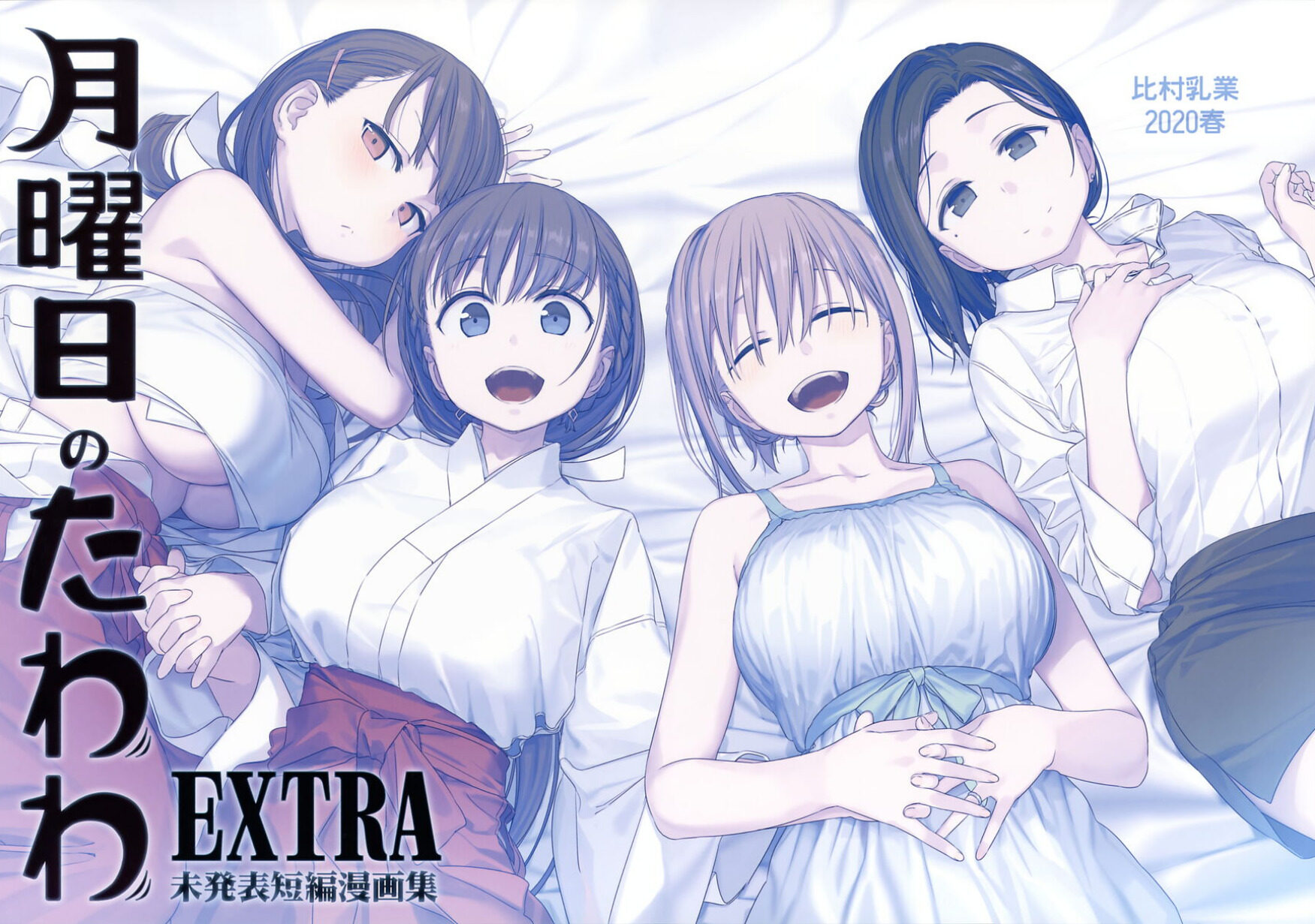 Though many fans responded to the UN Women’s statement by questioning if the outrage against the ad originated from the UN headquarters in New York City or from within Japan, Love Hina and UQ Holder! mangaka-turned-political-candidate Ken Akamatsu took notice of the situation and offered insight on its proceedings.

“The United Nations Women’s Organization protested the advertisement of a private company,” tweeted the veteran artist. “According to the Ministry of Foreign Affairs, this protest is a fact, and it is recognized as a protest from the headquarters of the institution.”

“The Unstereotype Alliance is listed in the Basic Plan for Gender Equality decided by the Cabinet, but surprisingly, the Cabinet Office replied that it ‘does not know’ the contents of the agreement,’ he added. “[We have] requested an urgent order for the terms.” 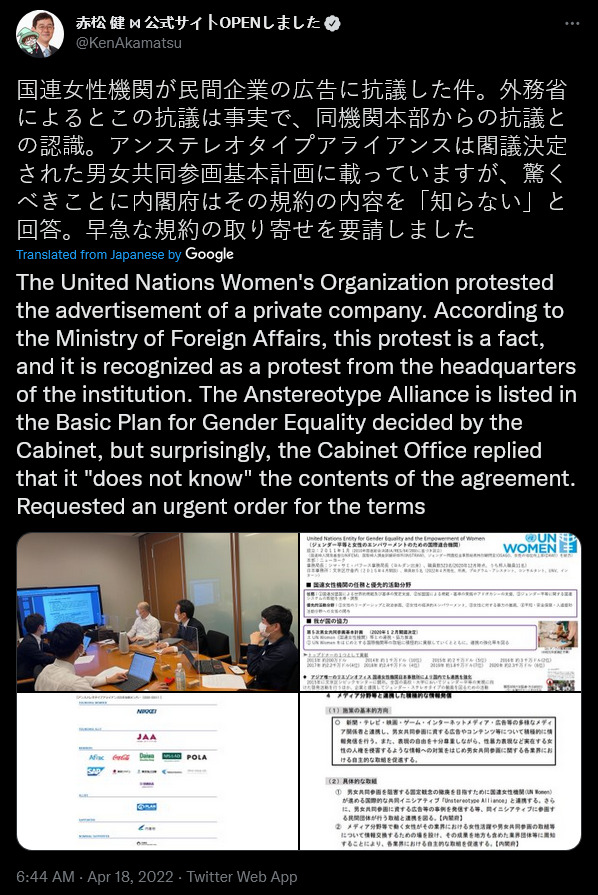 In light of the UN Women’s perspective that this ad violates the terms of their partnership with The Nikkei, one is left to wonder just how the promotional image did so.

Last time I checked, Ai is not only a woman, but the pose she’s striking – an adorable head over the shoulder pose in a mid thigh length skirt – is also meant to depict her as ‘cute’ rather than in a sexual manner.

In fact, the ad is actually far more tame than the actual covers to both the regular and blue ink releases of the series’ fourth volume, the former of which sees Ai being playfully groped by her friend Volley-bu and the latter showing the two linking arms in an action that accentuates both of their chests. 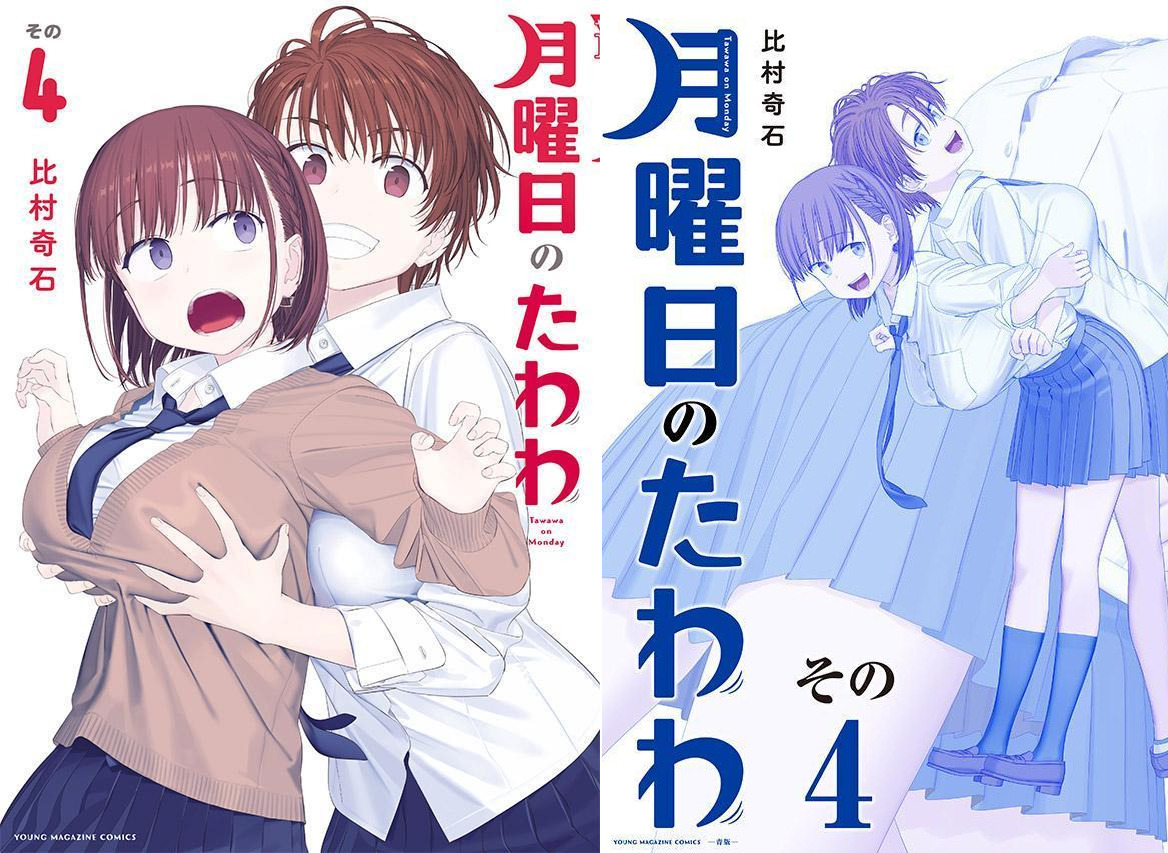 If the ad showed Ai sitting on her knees with her breasts hanging out, then Ishikawa might have had an argument.

However, as it stands, it appears that Ishikawa has taken issue with Himura’s illustration simply because Ai is curvaceous. 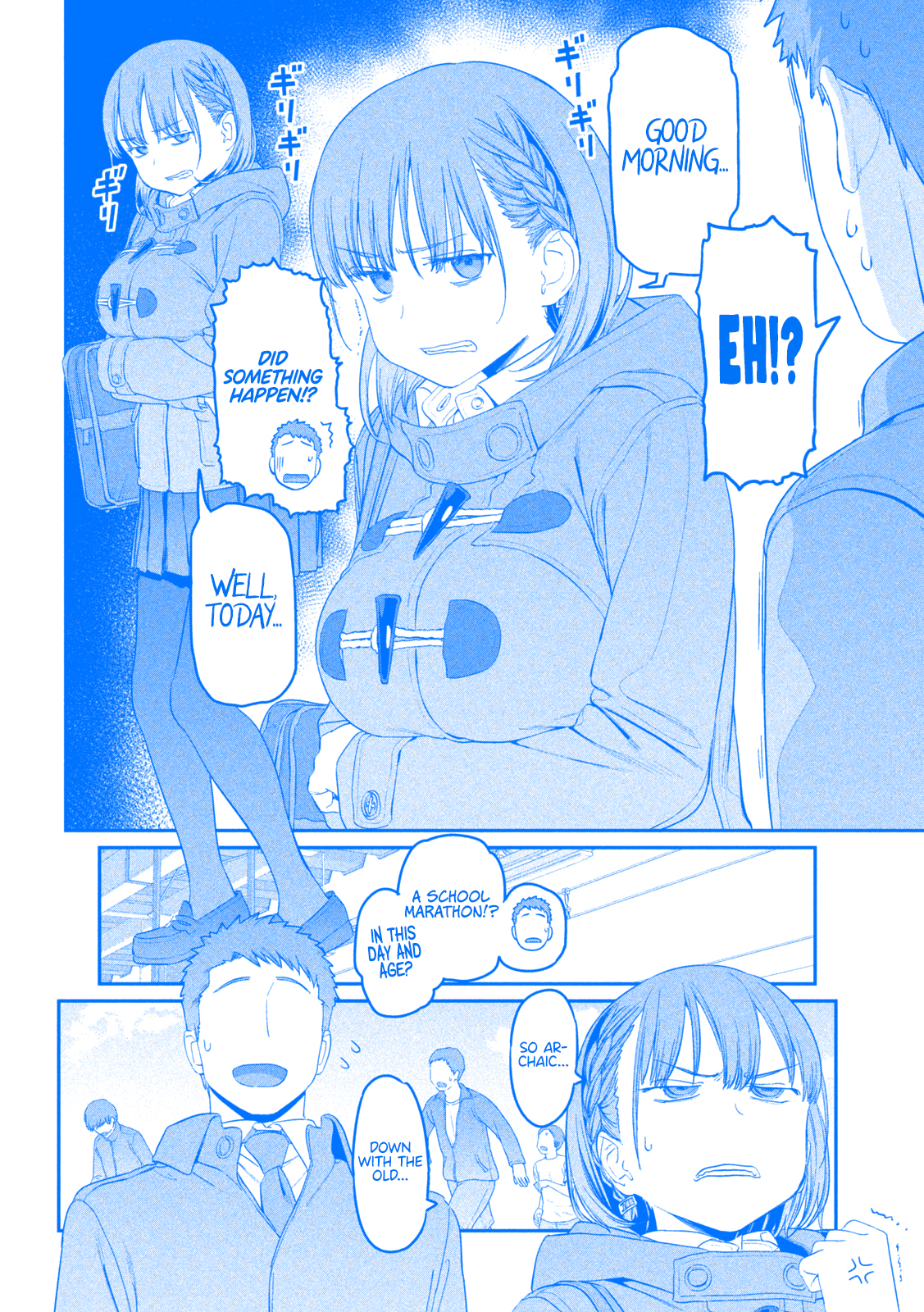 Is Ishikawa saying that women who have large chests lack independence or a personality beyond their physical appearance? Does she want to see Ai in a burka?

UN Women claims to stand for gender equality and female empowerment, but all their outrage seems to be based solely on their desire to shame both genders based on their own imagined stereotypes. 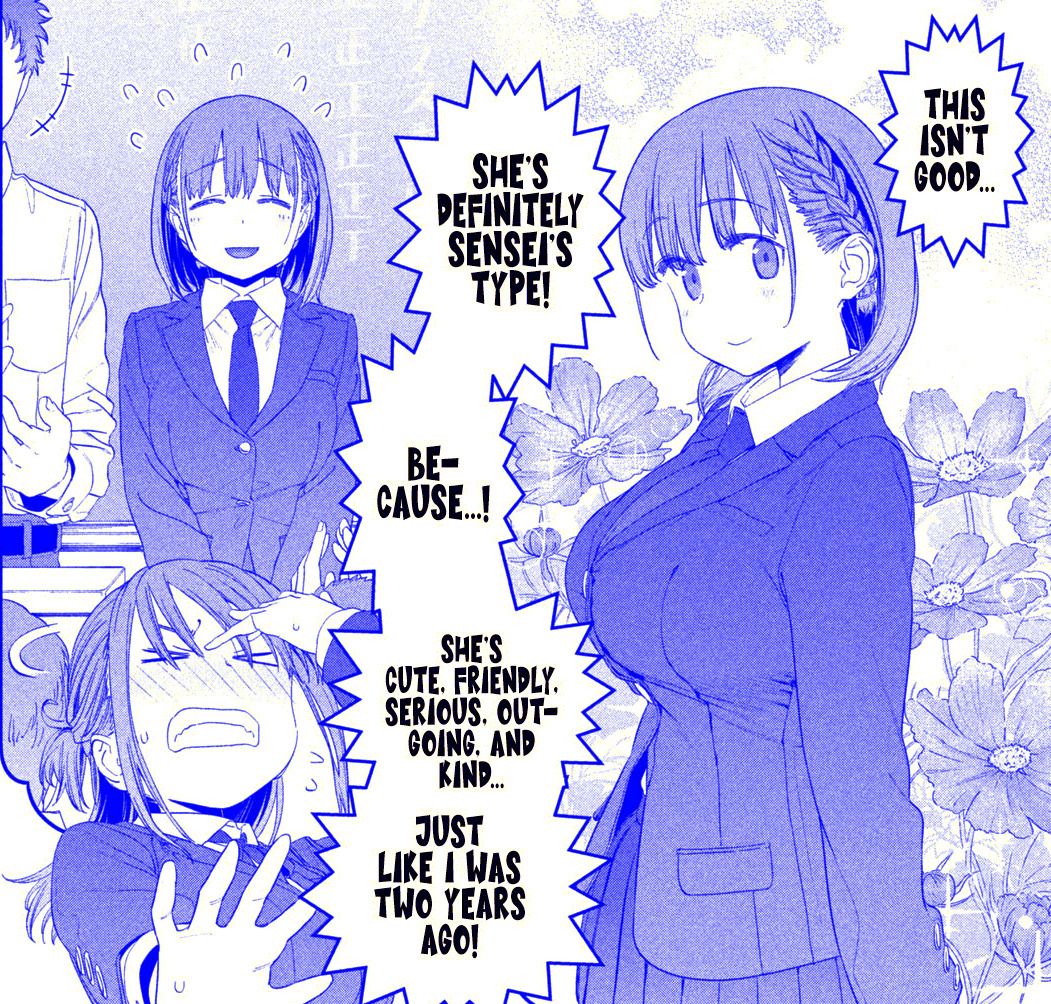 By attempting to “unstereotype” the media, Ishikawa and UN Women have ironically stifled creativity, innovation, and individuality, as well as increased the gender barrier.

Instead of wasting time with this distraction, UN Women should go back to New York and focus all this energy towards the problems among their own committee member states. 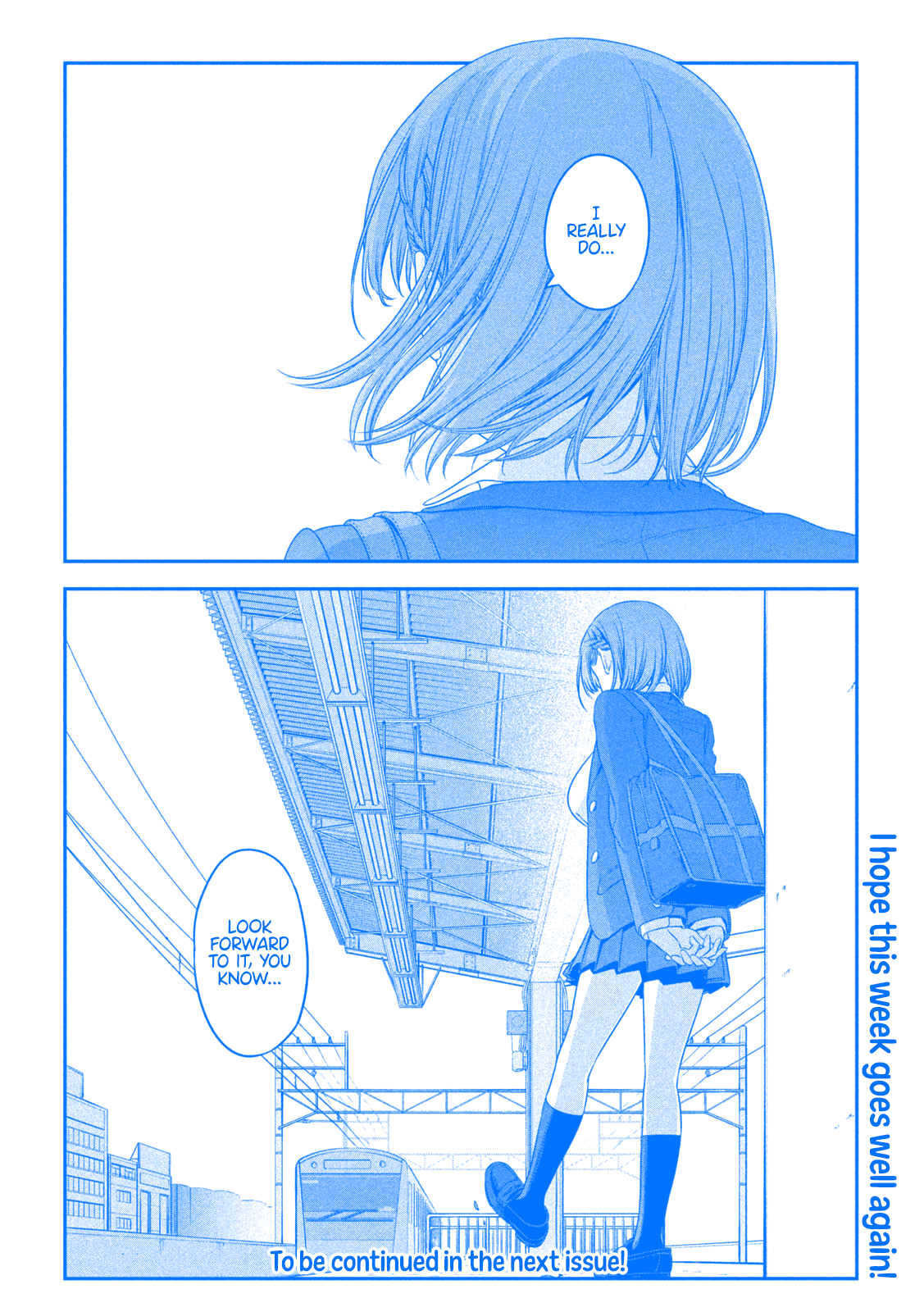 What do you make of the outrage against the Getsuyoubi no Tawawa ad? Let us know your thoughts on social media or in the comments down below!

NEXT: ScreenRant Claims Manga “Is Just As Political As Anything Published By Marvel Or DC,” Gets Roasted By Fans Who Know The Difference