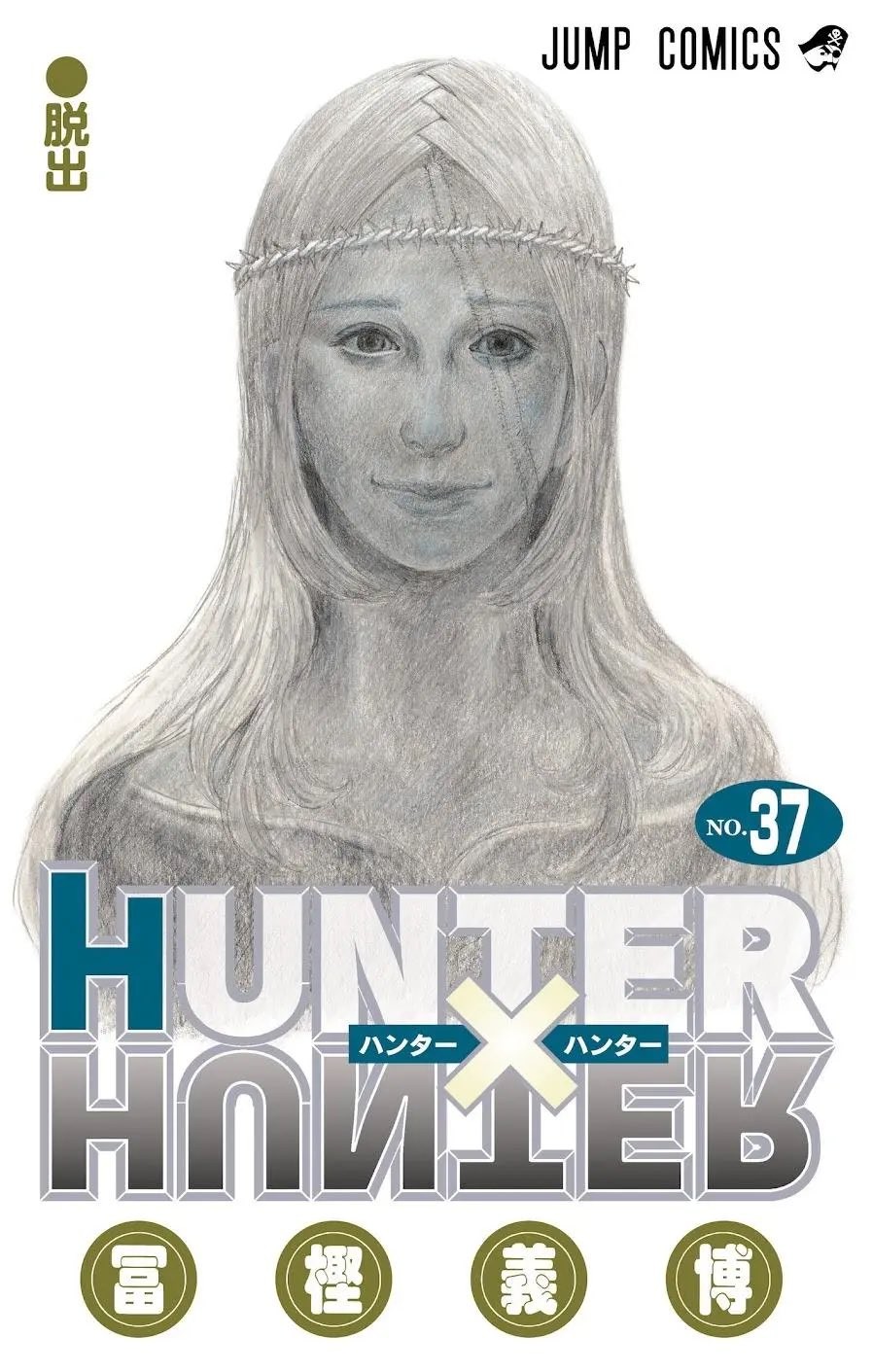 On October 10th, after a three years and eleven month hiatus, Shonen Jump’s Editorial Department’s official Twitter account broke the news that the story of the Succession War and the hunt for the evasive Hisoka will finally return to the pages of their titular magazine.

As per their tweet, Hunter x Hunter’s next chapter – 391 – is slated for publication in Shueisha’s Weekly Shonen Jump Issue #47 on October 24th. 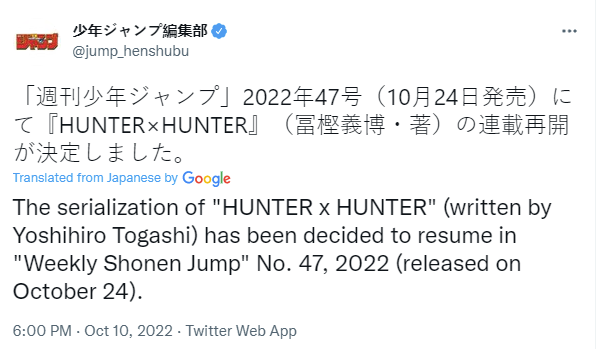 This news follows the July 25th reveal by Togashi himself that in addition to the previous ten chapters he had promised, he would be undertaking the ambitious task of producing an additional ten more for a total of twenty new chapters – or roughly two collected volumes worth – of Hunter x Hunter.

Luckily, fans were soon able to breathe a sigh of relief, as after a few days of rest Togashi informed his Twitter followers that his pain had subsided enough for him to be able to sit at his desk and draw for about five minutes.

However, in a particularly significant development, Togashi revealed on August 29th that, having had enough of the war between his increasing workload and his chronic pain, he had chosen to hire more assistants.

As of writing, the exact number of assistants sought by Togashi is unknown. According to a 2016 interview with Jump Ryu!, the mangaka has had about a total of five assistants employed in his studio. 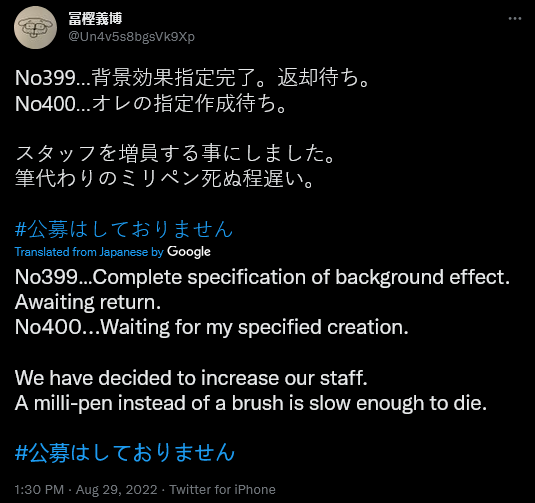 According to Shueisha, simulpubs for Hunter x Hunter will be published to both the publisher’s Manga Plus app and Viz Media’s Shonen Jump app starting on October 23rd, with a new chapter releasing every Sunday at 11 am EST/8 am PST.

In addition, Viz Media announced that members of their service seeking to refresh their Hunter knowledge can now catch up with all 390 previous chapters of Hunter x Hunter, courtesy of their Shonen Jump digital vault. 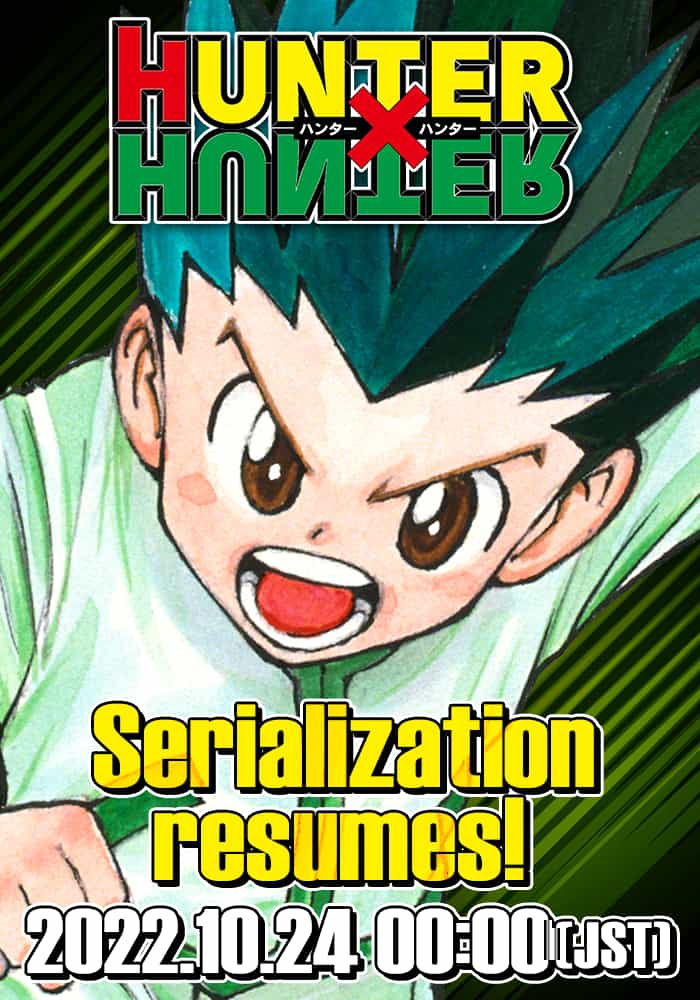