Like the bodies of those possessed series’ signature Deadites, Sam Raimi’s iconic Evil Dead franchise is about to ‘Rise‘ again in a big way. 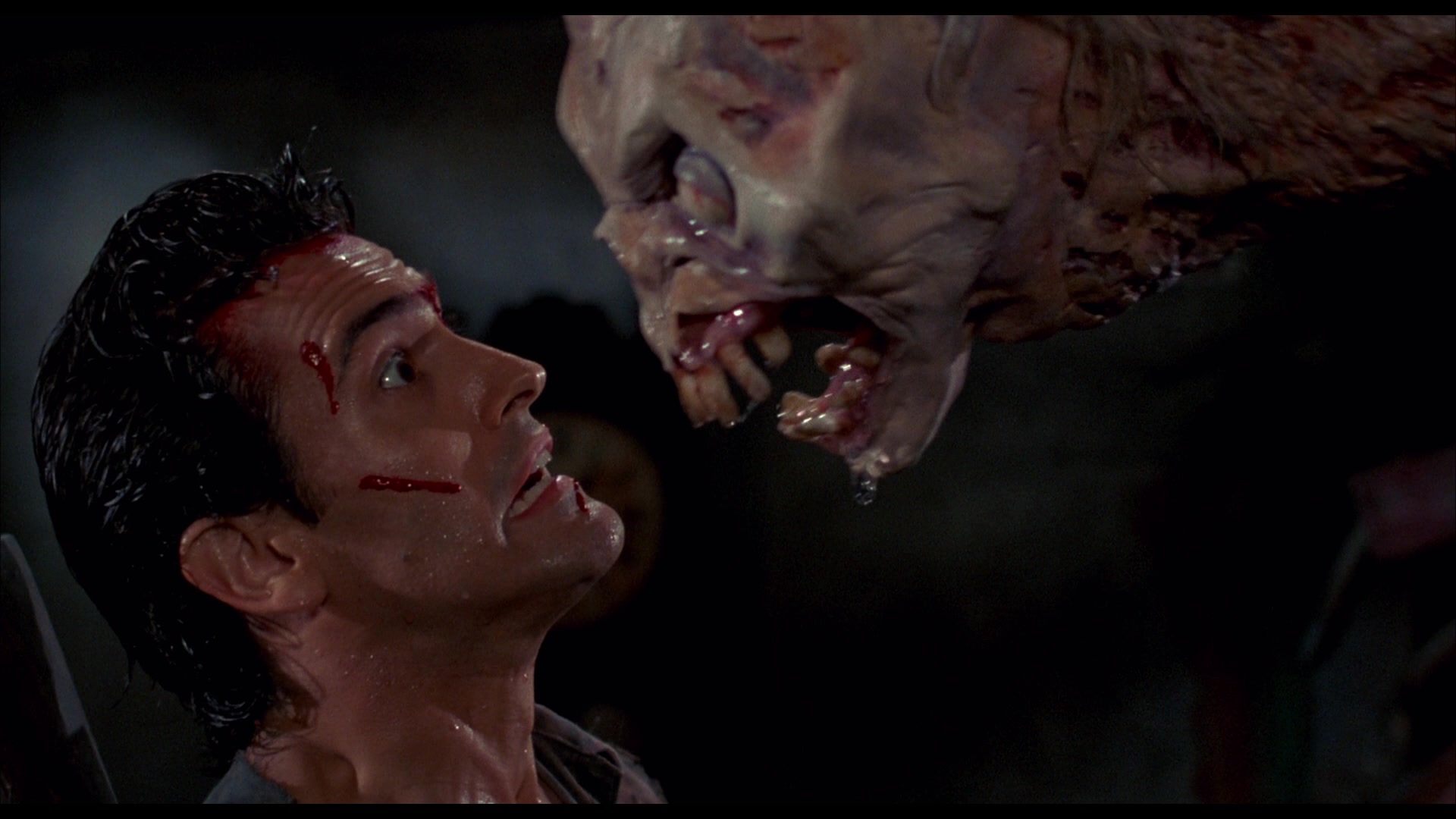 RELATED: Bruce Campbell Officially Retires From Playing Ash In The Evil Dead Franchise: “I Physically Just Can’t Do Him Anymore”

On October 31st 2022, the official Evil Dead franchise Twitter account rang in the spooky Holiday with a bevy of new information regarding the series’ upcoming entry, Evil Dead Rise. 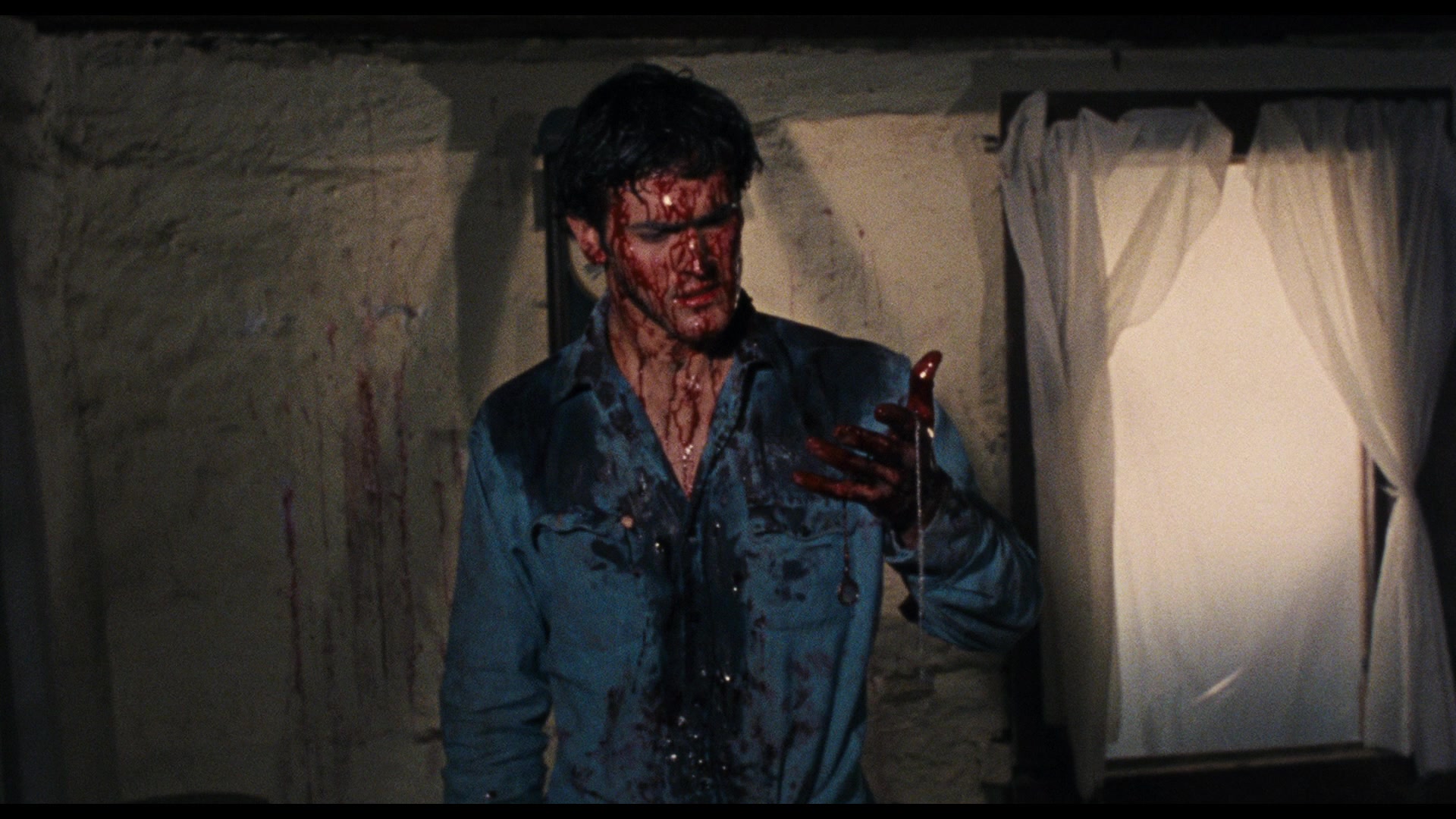 Beginning by changing their profile images to reveal the film’s ‘veiny’ logo, the account then shared not only the film’s very first publicity still, but also revealed its official release date.

“Trick or treat, Deadites,” wrote the account. “Here is the first look for Evil Dead Rise – in theaters April 21.” 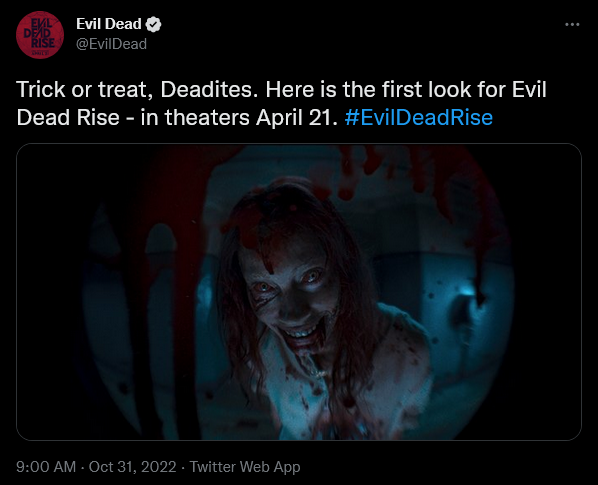 This news comes as a welcome update for Evil Dead fans, particularly given Rise’s rather long production history.

A new potential Evil Dead movie was initially teased back in 2013 following the release of the series’ reboot, though it was unclear if any such project would have been a direct sequel to said reboot or a true Evil Dead 4.

However, this potential project would end up taking a backseat to another entry in the series – Ash vs. The Evil Dead.

A Starz TV exclusive produced with the full support and cooperation of Raimi and franchise star Bruce Campbell, the series would run for a total of three seasons between 2015 and 2018. 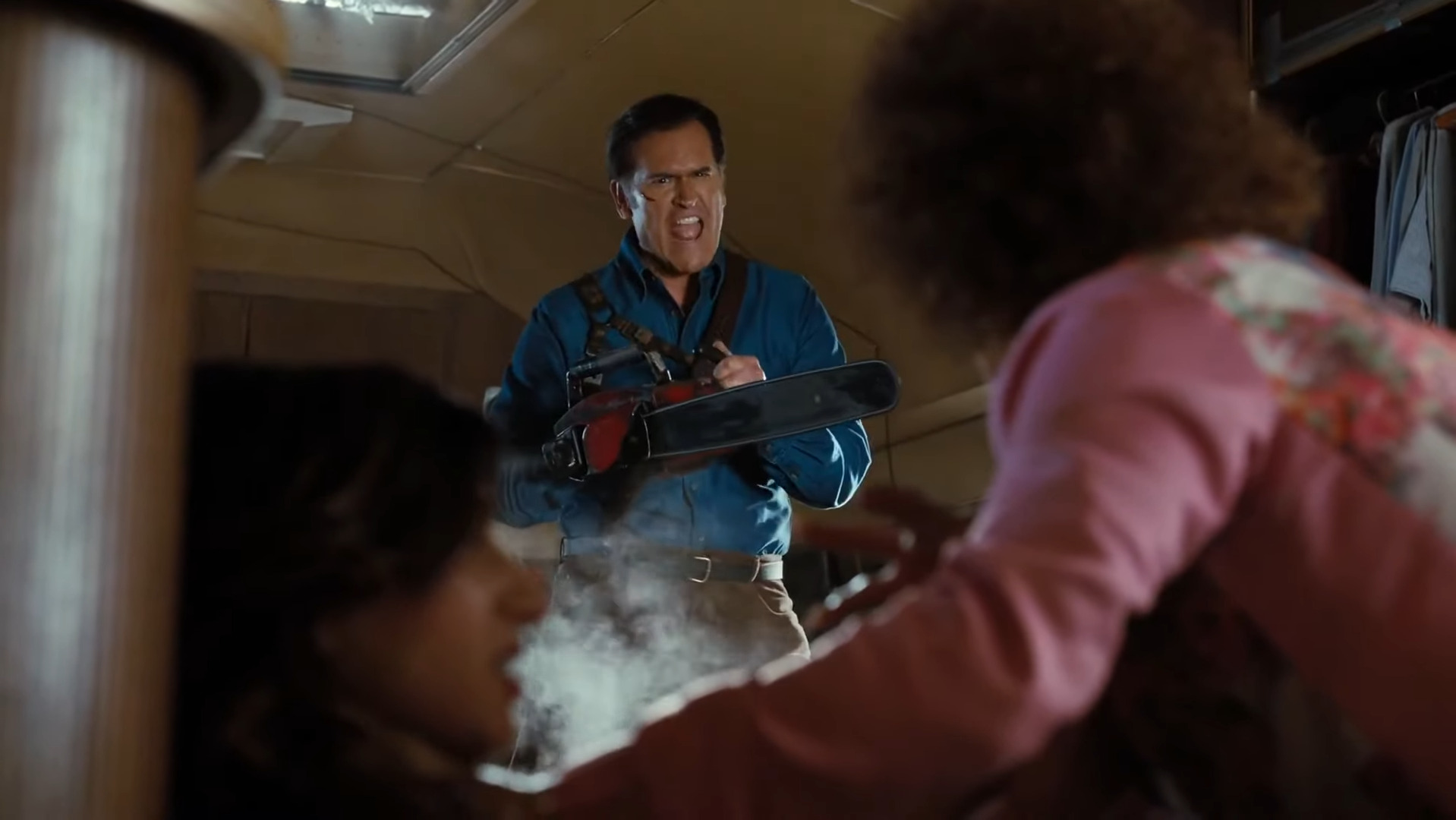 This radio silence regarding a potential sequel would end a year after Ash vs. The Evil Dead was cancelled when Raimi himself confirmed at New York Comic Con 2019 that “There’s more Evil Dead coming”, courtesy of The Evil Dead remake and 30 Days of Night production studio Ghost House Pictures.

Though it was originally presumed that Raimi himself would be helming this new Evil Dead film, it was later revealed that he had hand-picked a new writer-slash-director, Lee Cronin, to take over the series’ reins. 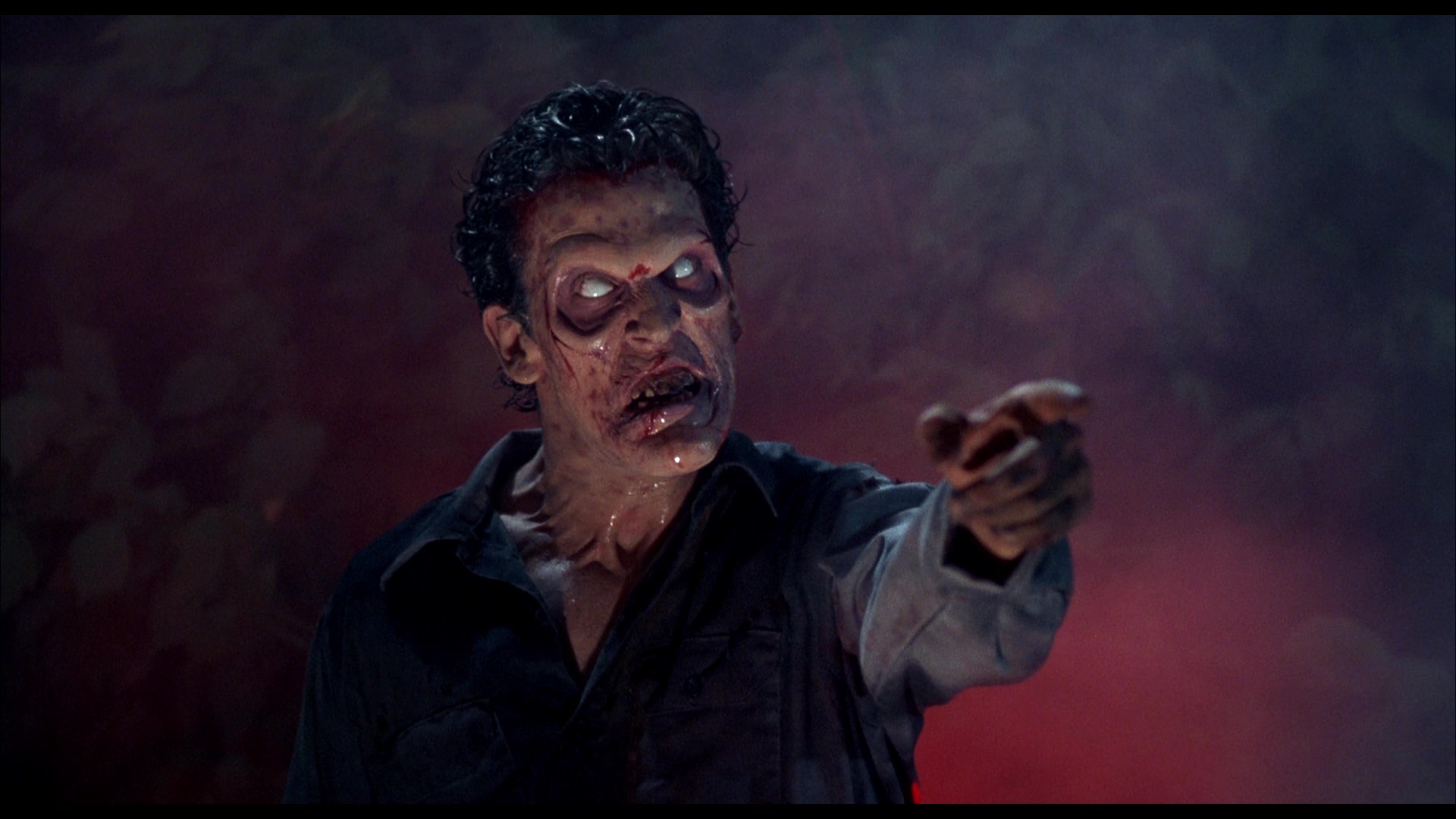 A relatively unknown horror director, Cronin’s primary claim to fame is his work on the particularly well-received 2019 horror outing The Hole in the Ground.

Outside of his acclaimed directorial debut, Cronin may be best known for directing the Washington state-based episode of the Quibi-exclusive horror anthology 50 States of Fright. 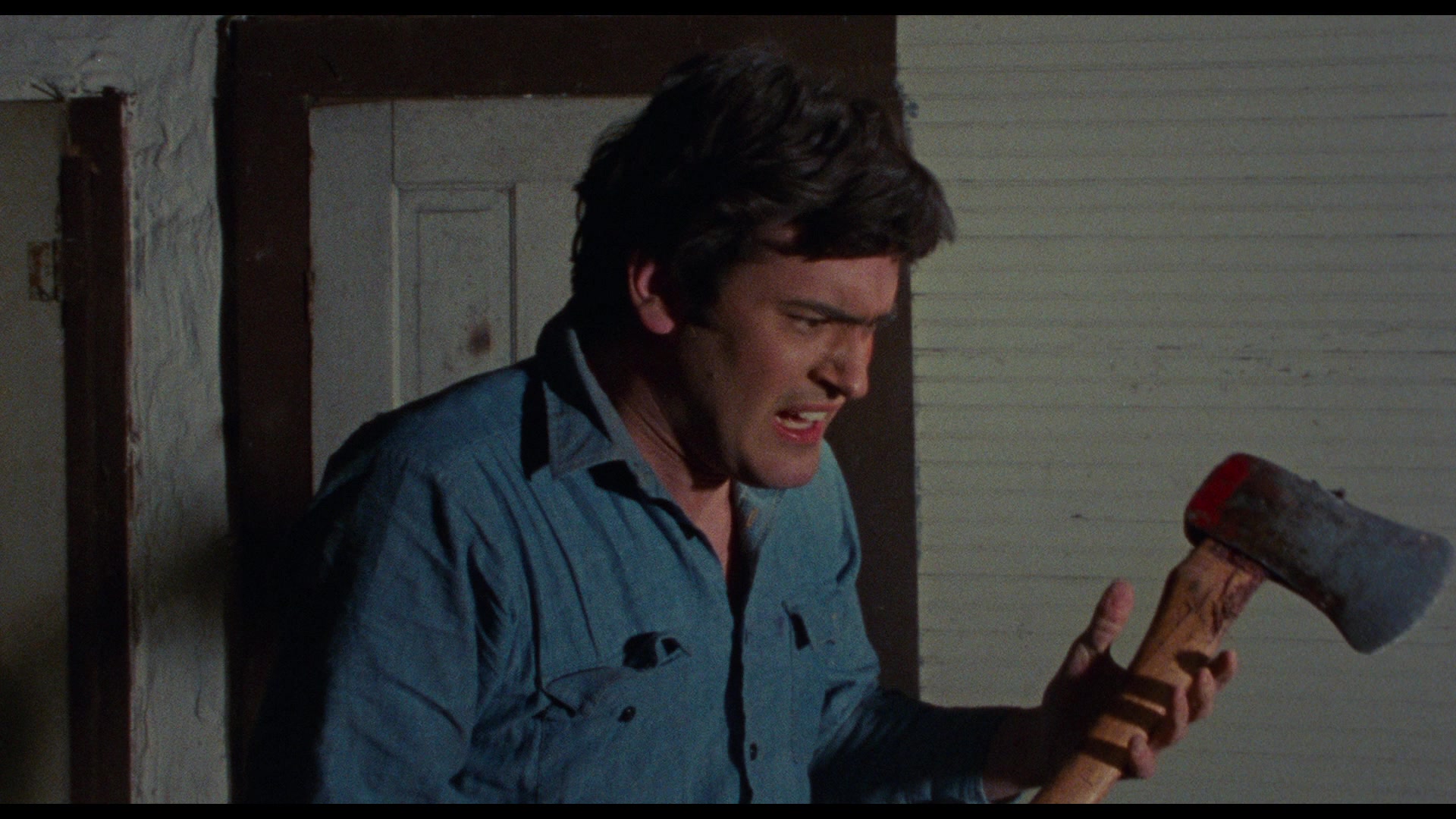 Though little is known about the plot of the next Evil Dead, according to an official synopsis provided by Ghost House Pictures, it appears the series will be allowing Ash to rest in peace and instead follow a completely new cast of characters.

“When road-weary Beth pays an overdue visit to her older sister Ellie, who is raising three kids on her own in a cramped L.A. apartment, the sisters’ reunion is cut short by the discovery of a mysterious book deep in the bowels of Ellie’s building,” reads the synopsis. “The book’s contents, spoken aloud, give rise to flesh-possessing demons, and Beth finds herself thrust into a primal battle for survival as she is faced with the most nightmarish version of motherhood imaginable.” 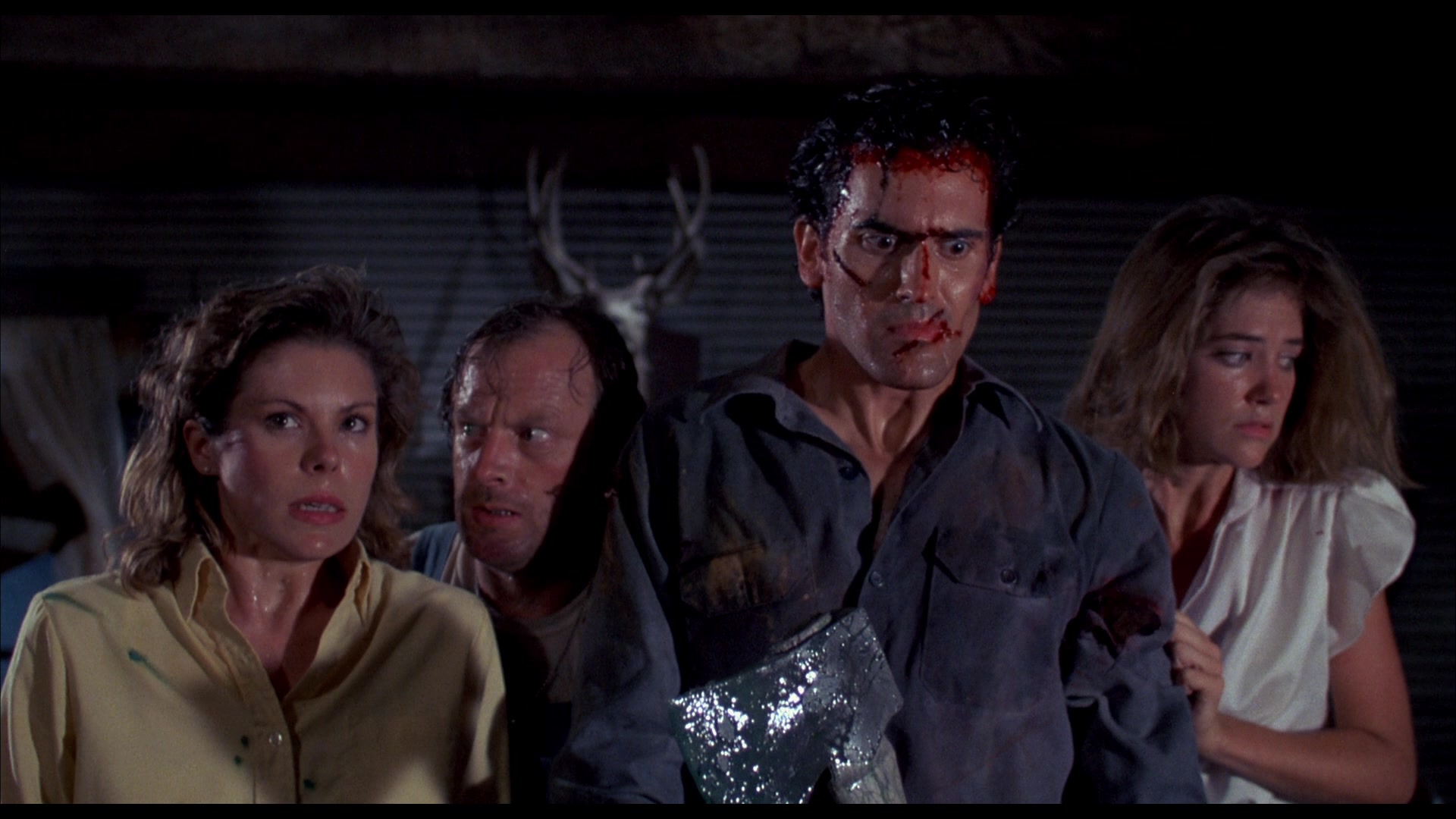 Personally, I for one am excited to see what the Deadites have in store for a new flock of victims, as it seems the franchise is still in good hands.

While it will certainly be a different Evil Dead, the fact that Raimi himself handpicked Cronin as his successor, not to mention how both Raimi and Campbell are serving as two of its executive producers, has me interested in at least checking out this new direction for the franchise. 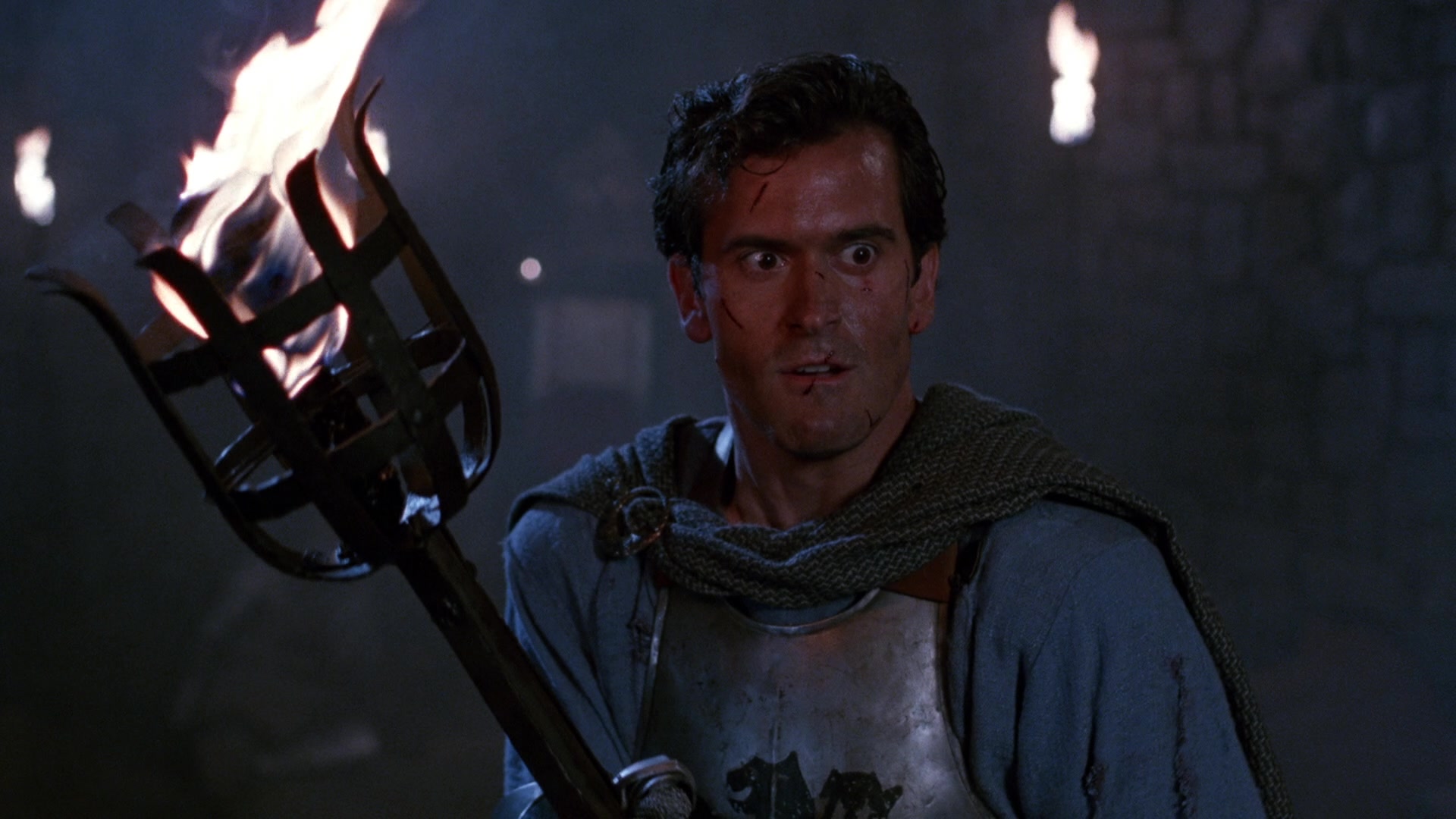