After a number of pandemic-related production issues and thanks to Universal Pictures’ continued adherence to the ‘dual release’ strategy, Halloween Ends has finally hit both theaters and Peacock – and though the sequel is doing well at the box office, it is dividing audiences as much as this undying franchise ever has. 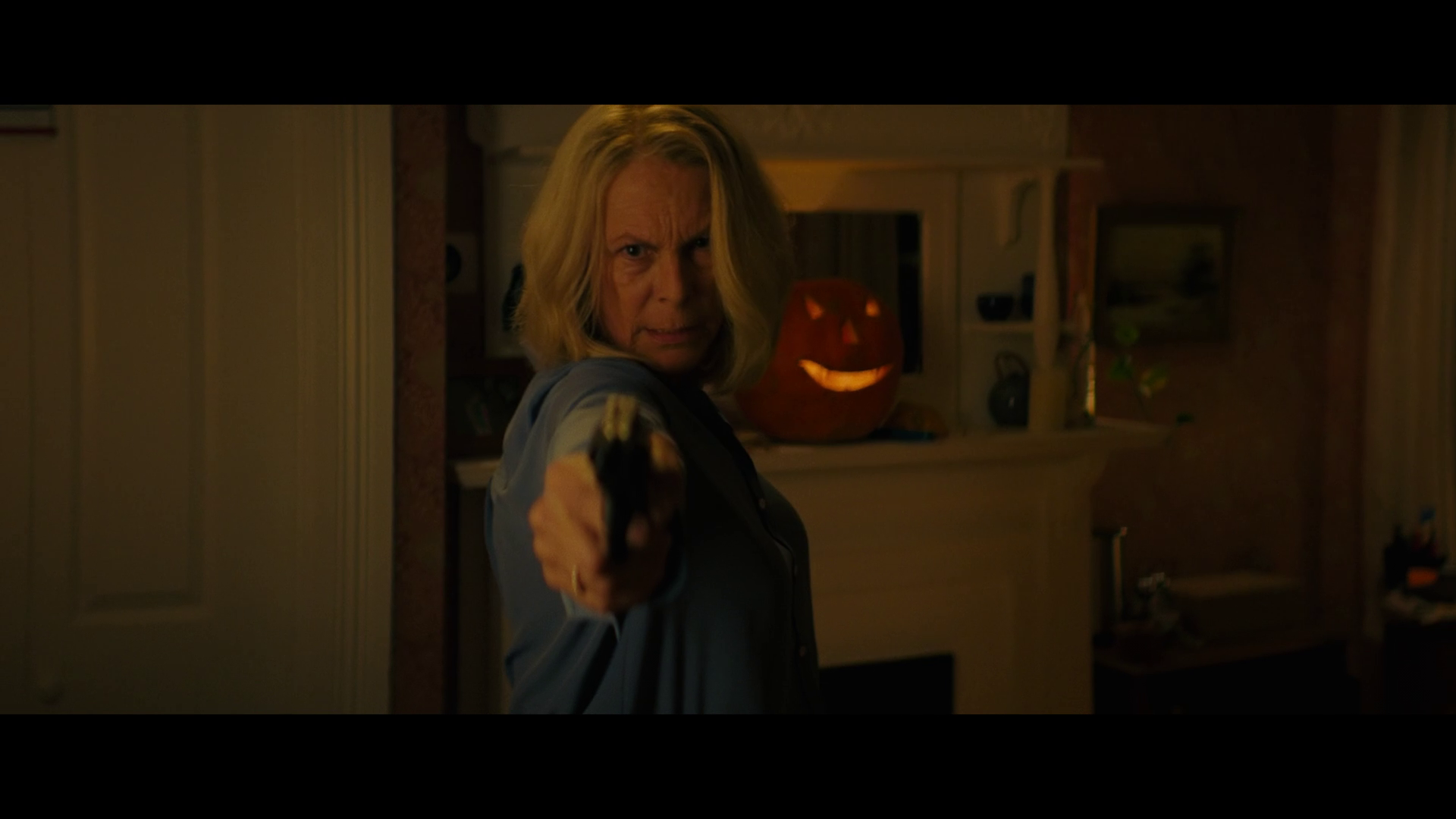 RELATED: The 10 Best Horror Movies To Watch This Halloween

As some may have already seen, some people are going so far as to use the word ‘loathe‘ in reference to this film, but I consider that way too harsh a read of Michael’s latest outing.

With Halloween Ends, we have trilogy director David Gordon Green and Blumhouse’s first real attempt, courtesy at doing something different with the series, and rather than something deplorable, it’s more just a mixed bag of a film in which some things work and others don’t.

Minor spoilers ahead, but it has been four years since the events of Halloween Kills, and in the time since Haddonfield enacted mob justice on their infamous boogeyman, the Myers house has been demolished.

Not with Michael in it, though, as he is still out there somewhere waiting to strike again. 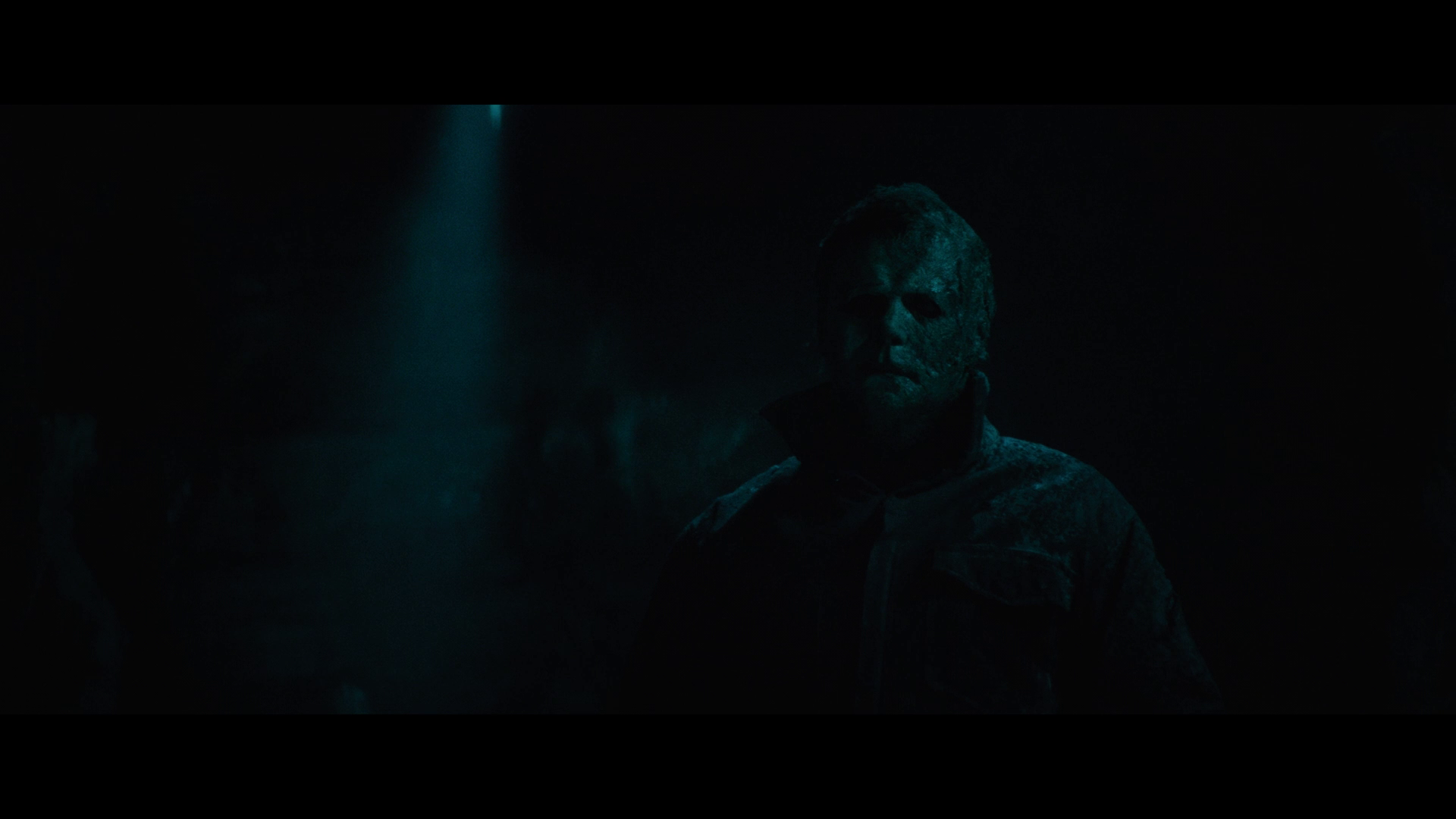 Meanwhile, Laurie (Jamie Lee Curtis) has seemingly put her demons behind her, having moved back into town proper for a normal civilian life and taken to writing a memoir about her experiences.

Her only surviving family member, granddaughter Allyson (Andi Matichak) is now older and has grown to rebellious in her own right. After Laurie introduces them, Allyson becomes smitten with town pariah Corey, an outcast who is unable to move on from his past mistakes thanks to the town’s perception that he’s a murderer. 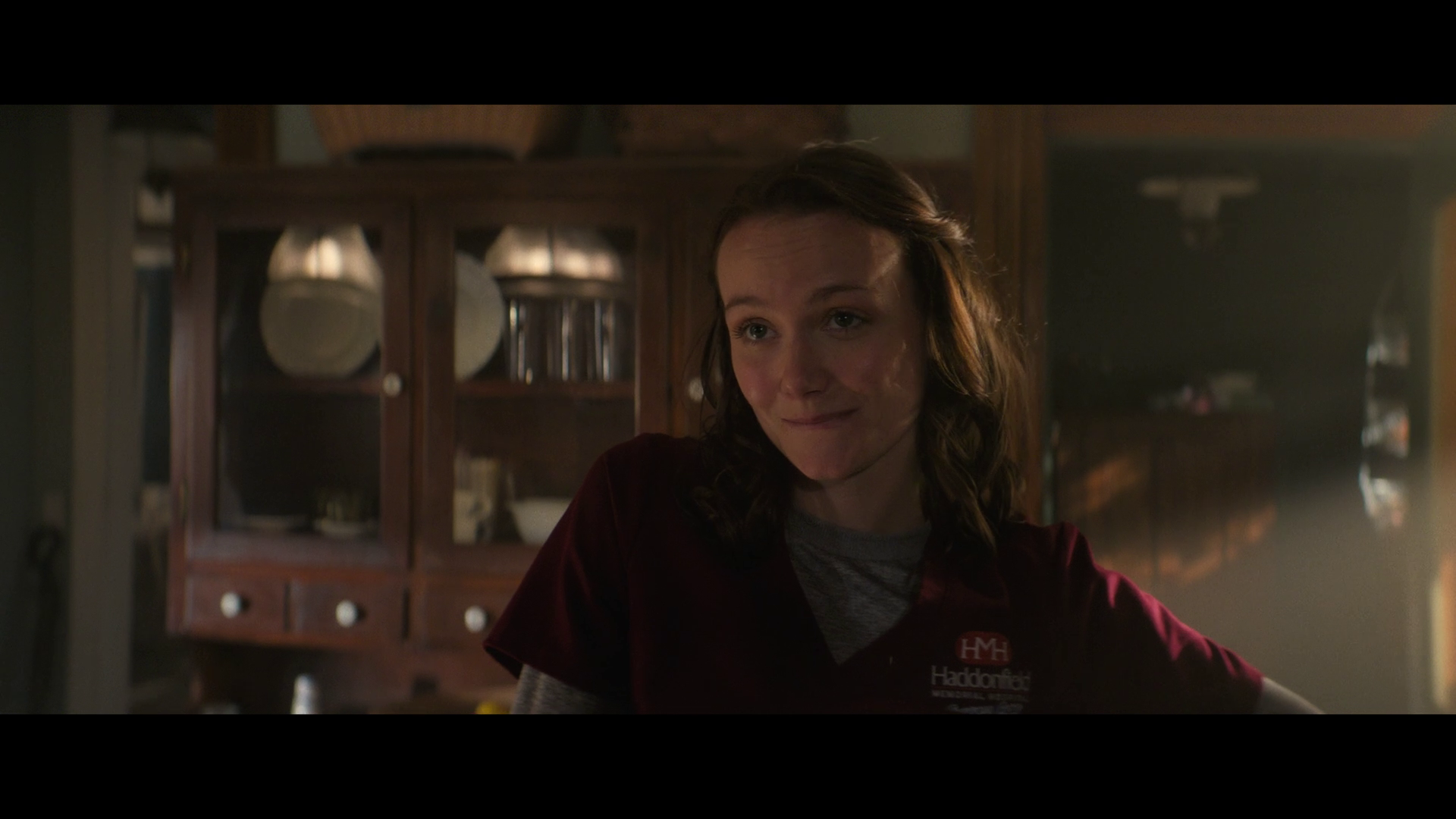 The reason for his reputation stems from an incident on Halloween night 2019 when a rich brat accidentally died while under his care.

A sad tragedy that was more the fault of the child’s pulling a prank on Corey than his own, he is eventually acquitted of any legal wrongdoing, though this does little for his personal reputation amongst the townsfolk.

But unfortunately, his shunning by Haddonfield, coupled with a chance encounter with you-know-who, eventually leads Corey down a dark path. 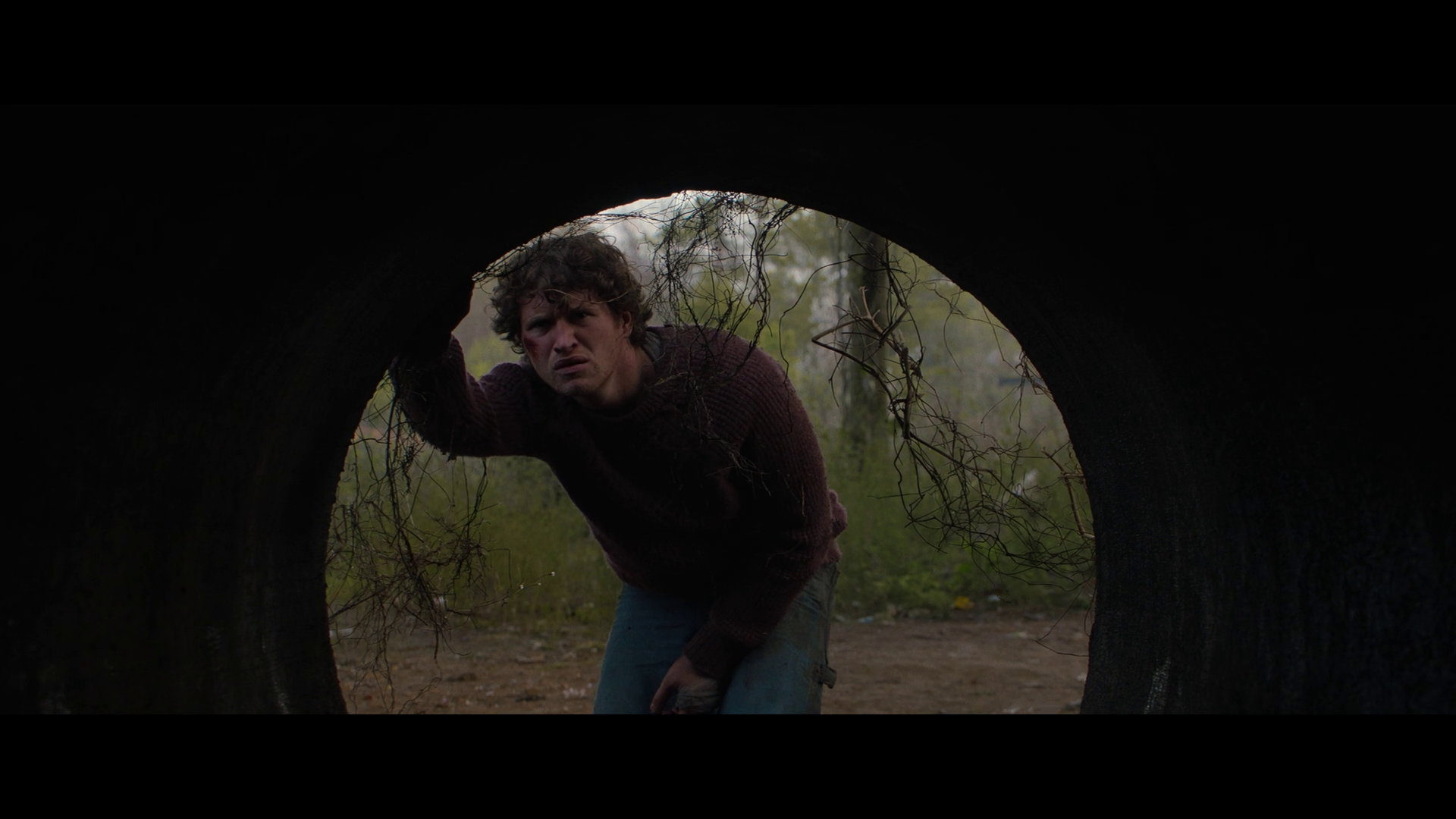 The reason most people who had hopes for Halloween Ends have found themselves disappointed is because of the trilogy’s shift to focusing on the story of the brand-new Corey rather than the serial killer we all know and love.

Though he is still in a fair amount of the movie and his presence is felt throughout, Michael is sidelined from the on-screen action in favor of the subplot that Haddonfield’s most troubled young man might be the next personification of evil. 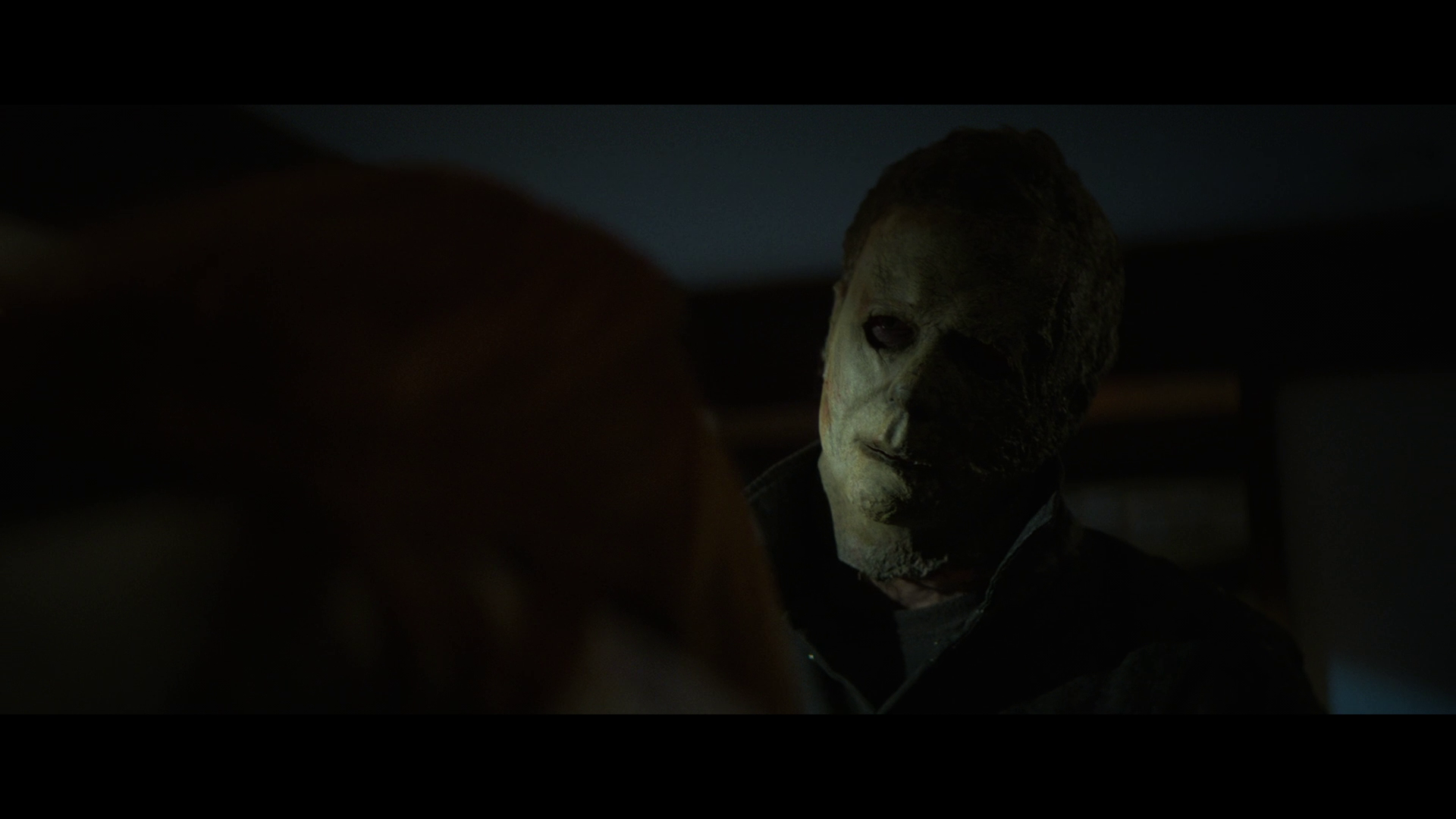 With Myers getting on in years, it makes sense that he would probably need an heir, but audiences aren’t having it.

I understand the frustration. I do. However, that said, I actually liked this focus-shifting twist. 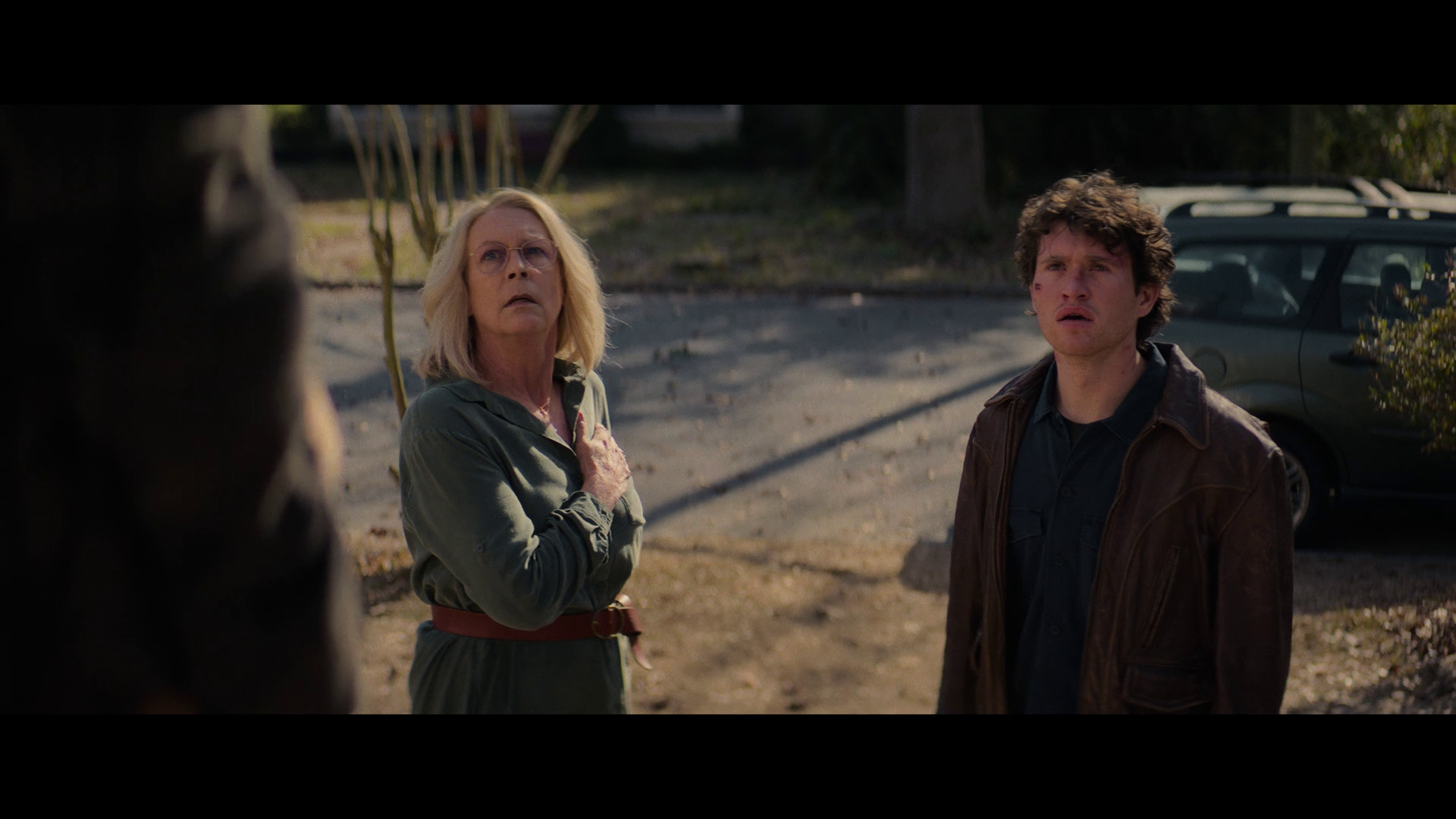 I even thought Corey was a compelling character, even if he was essentially shoehorned into somebody else’s flick.

Admittedly, a lot of this appreciation for Corey comes down to actor Rohan Campbell, whose excellent performance as Myers’ heir apparent made me feel his pain.

Had another actor been cast, I probably would’ve been more inclined to question Green’s creative decision here, but all in all, it ended up working for me.

To me, this fresh spin on the material takes elements from Halloween 5 and Halloween 6 and takes finds a new and more Blumhouse-trilogy-suitable way to spread the ‘Curse of Michael Myers’. 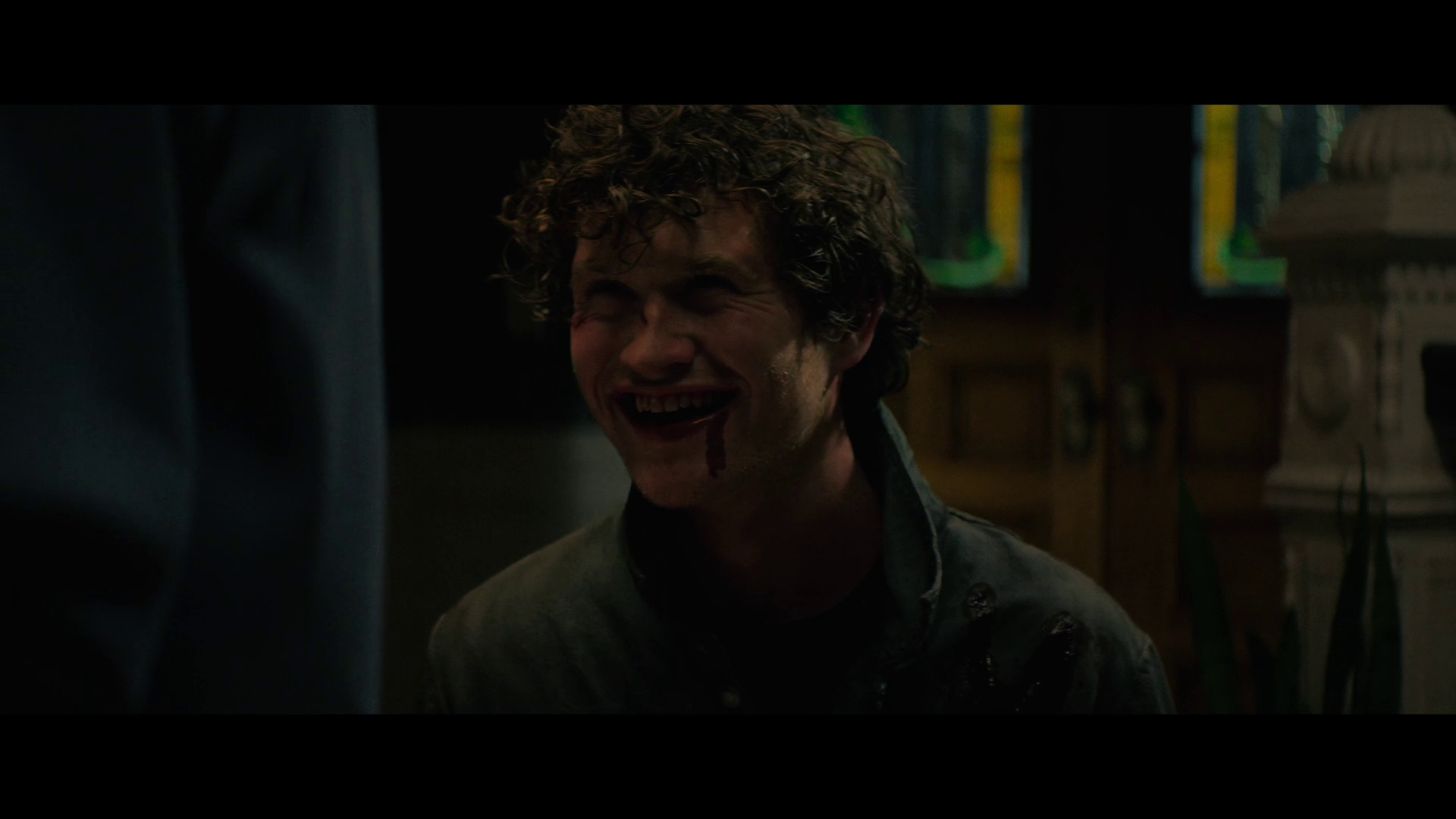 All that aside, I still had a few problems with the film, the biggest of which is the way they handled the Shape himself – and I’m not talking about the same issue most fans took umbrage with which I discussed above.

Frankly, keeping him on the sidelines is, for the most part, the least of this trilogy’s mistakes. 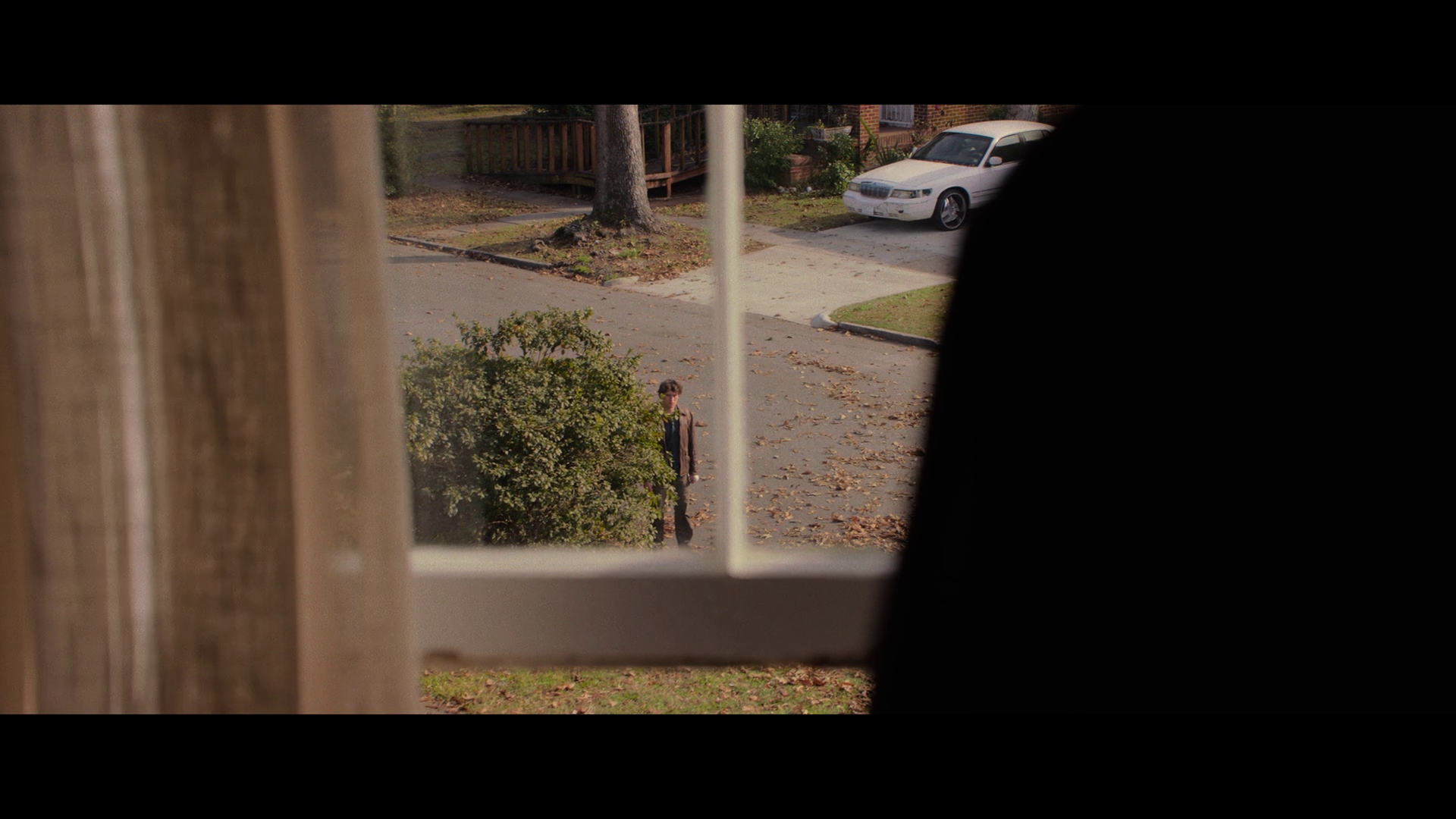 RELATED: Will ‘Halloween Ends’ Really Be The End?

Rather, the more significant fault with Blumhouse’s take is their fickleness towards the killer. They swear he is a regular guy again, no longer genetically related to Laurie nor obsessed with killing her, and yet they continue to tease a more supernatural bent to his existence. 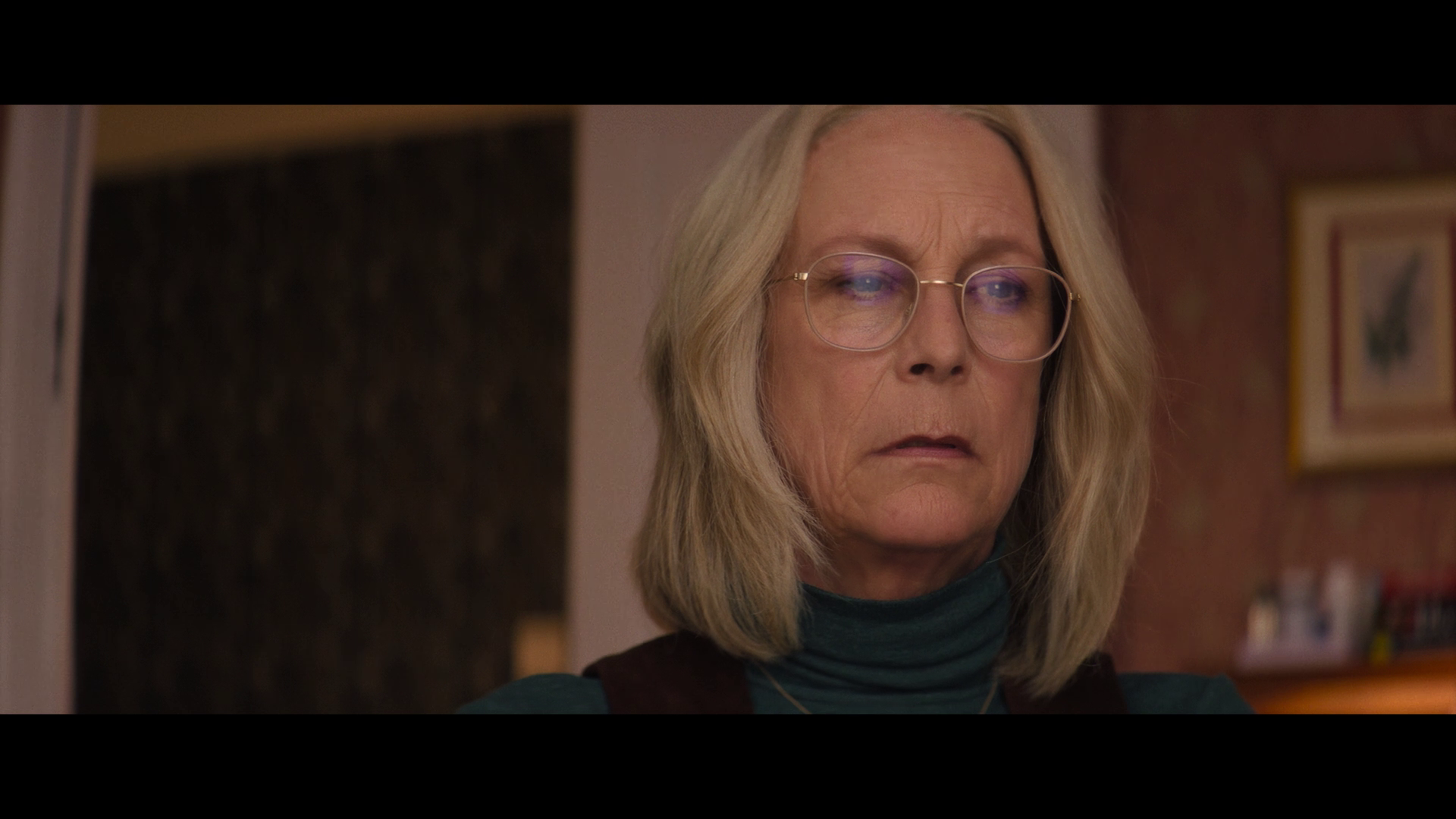 Should one go into Ends or its predecessor Kills blind, they can be forgiven forgiven for walking away with the impression that Michael is still a preternatural juggernaut ruled by mystic runes or some kind of biologically inheritable evil influence, as Green is unable to commit to one backstory or the other.

As a result, the director allows himself to lean into the more fantastical whenever it suits him, and thus undoes his own mandate of grounded realism. 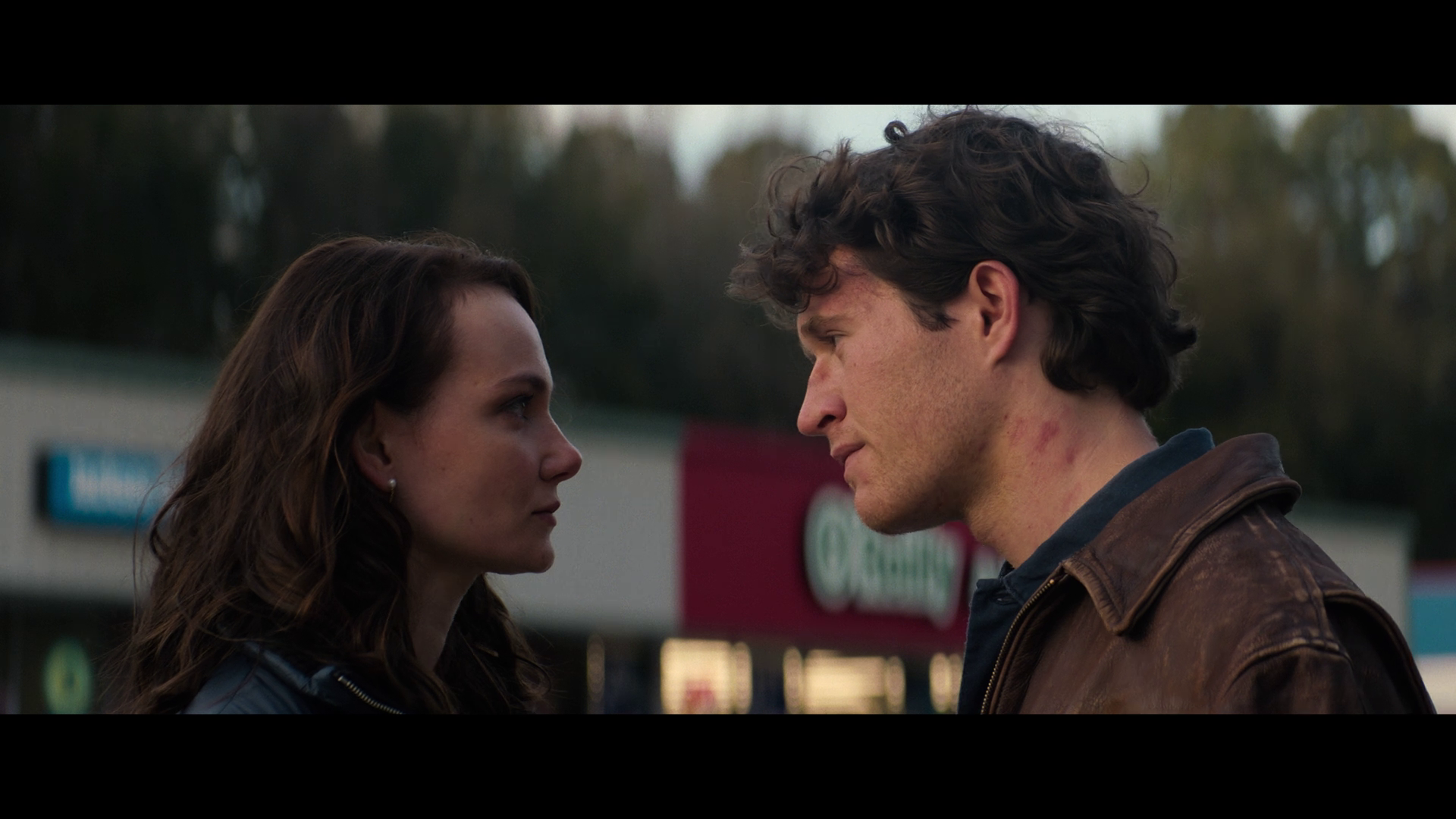 Of course, Michael is very much still ‘the Boogeyman’ in every sense – that is, until they have to wrap things up and bring closure to the series’ 40-year long story.

When it comes time to do so, the way Mikey is ultimately done – though it may satisfy everyone who has been rooting for Laurie all these years – is so dirty that I can only describe it as the worst disgrace yet to the legacy of the godfather of all slashers. 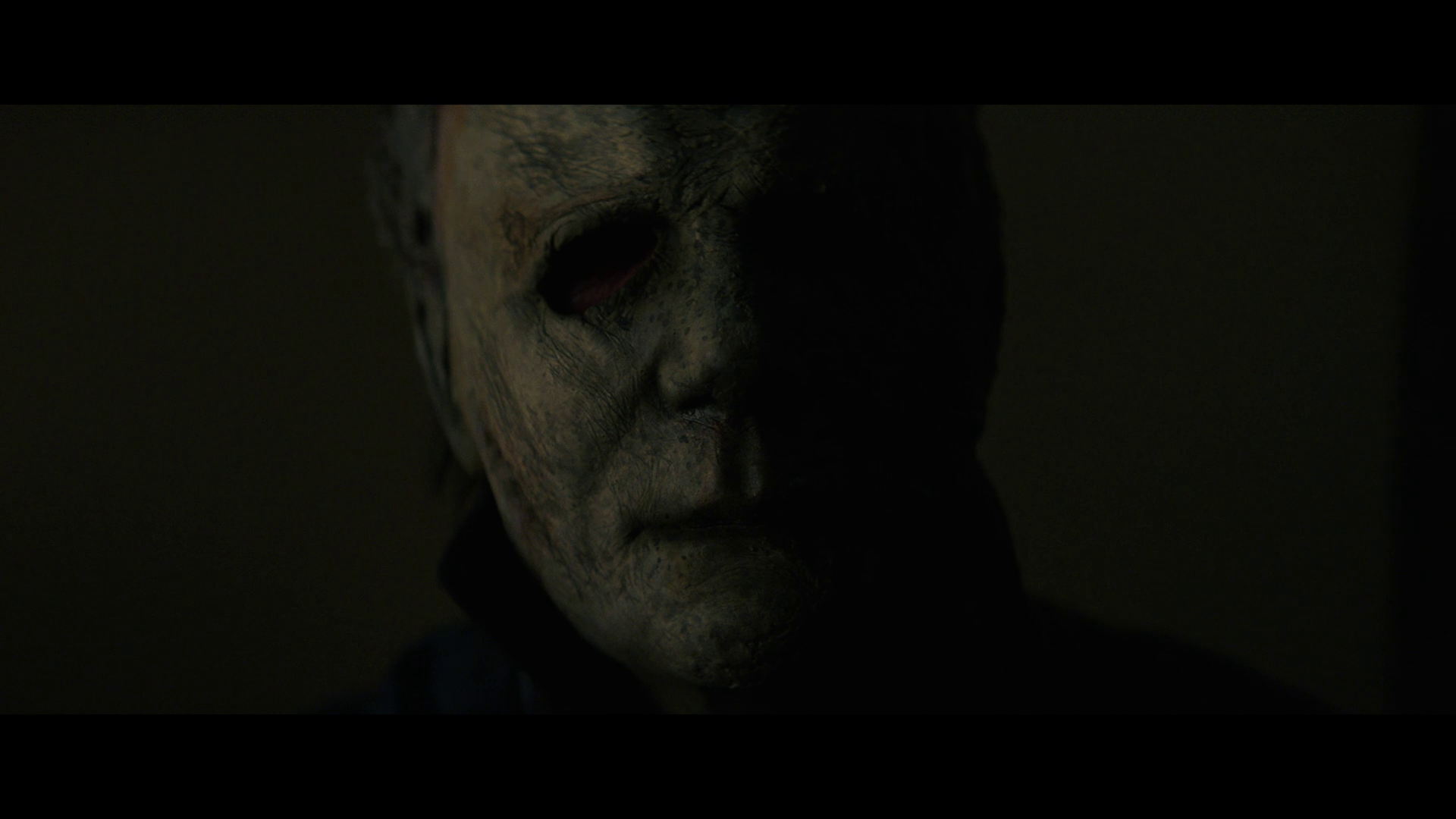 Strongly mirroring aspects of Halloween: The Curse of Michael Myers more than the standalone Halloween 3: Season of the Witch in its choosing to change narrative direction midstride, Halloween Ends makes the best of the material it’s given.

Though fans are currently ready to throw this trilogy end cap into an industrial shredder, time could end up doing wonders for Ends‘ reputation – at least, I’m willing to bet, more than it has for that of the pile of garbage known as Resurrection. 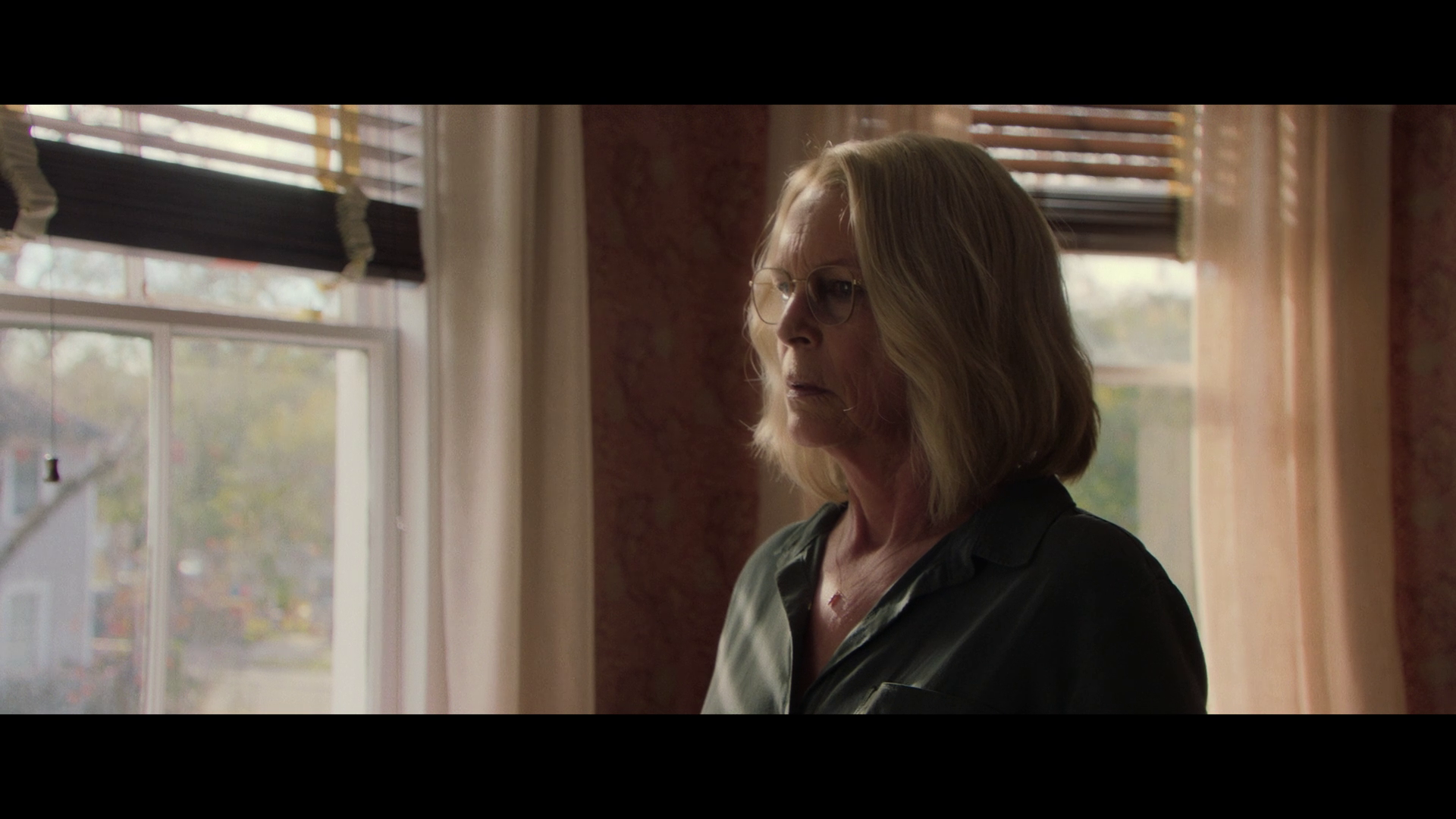 NEXT: Halloween Kills Review: A Stab In the Dark