There are tons of versatile actors in Hollywood. Names like Brad Pitt, Edward Norton, and Nicholas Cage come to mind. However, Morgan Freeman should definitely be among them. 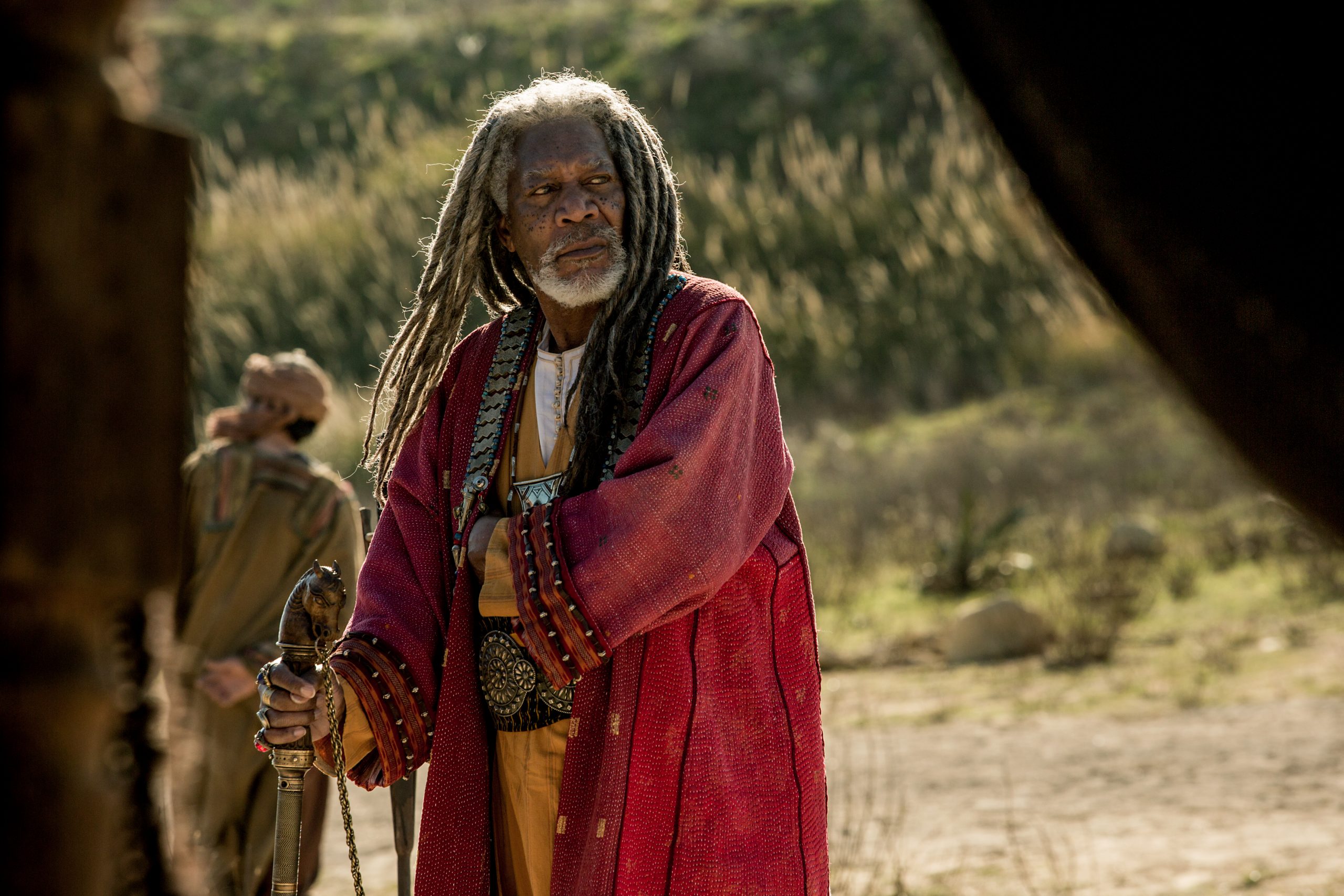 In a career that has spanned decades, Morgan Freeman has starred in everything from comedies, to suspense thrillers, and even superhero action films. In fact, his voice is so iconic that many people can identify him just by it alone. 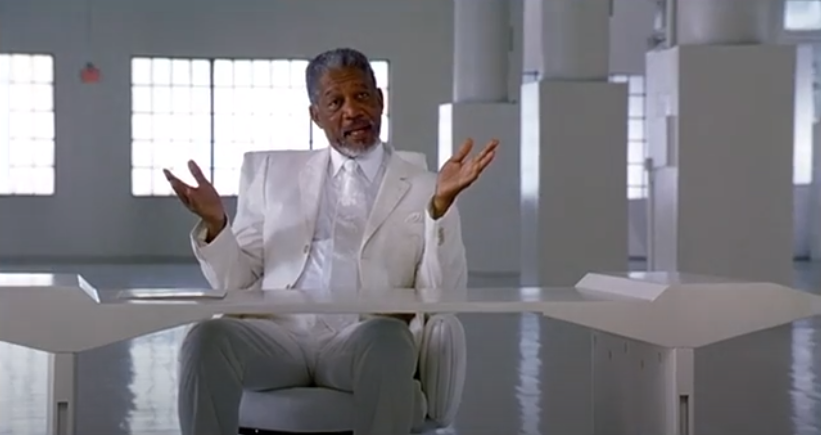 It might seem like a strange compliment, but very few actors can so perfectly nail the role of God. Jim Carrey was undoubtedly the star of Bruce Almighty, but Morgan Freeman embodied his role much more.

There’s just a calming yet confident presence about the man that makes his portrayal so perfect. Also, his iconic voice meant that just hearing him speak alone was enough to cement his performance.

9) Along Came A Spider 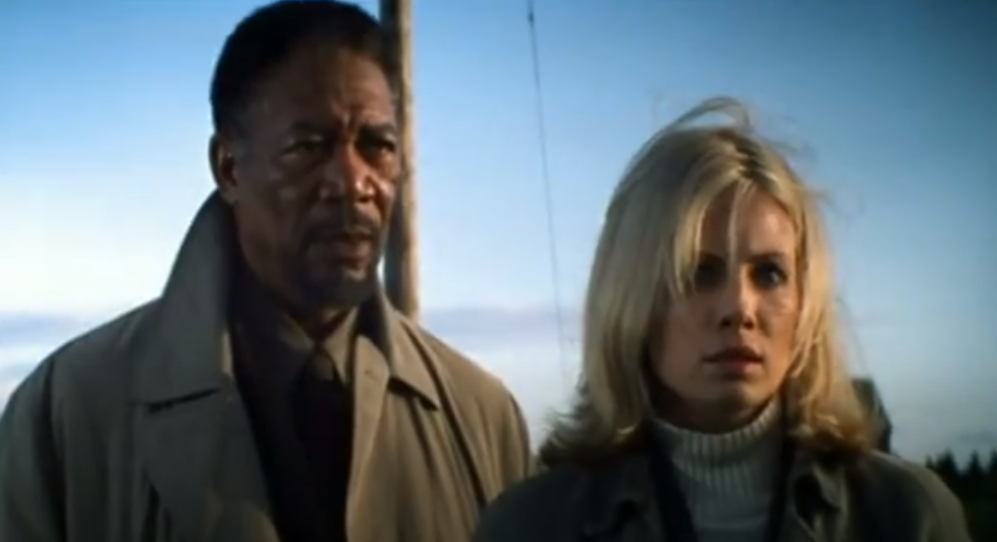 Morgan Freeman as Alex Cross in Along Came a Spider

Although it is primarily a plot driven film, Morgan Freeman’s role as a dedicated detective made Along Came A Spider a success. He so seamlessly carries a burden on his shoulders that audiences can see his pain in every scene.

The film ultimately ends on a twist, as most plot driven films do, but Morgan Freeman and his co-star Monica Potter work so well off each other that they pull off the story perfectly.

In a movie that’s so large in its scope with so many big-name actors it’s impossible to just isolate Morgan Freeman’s Lucius Fox. Yet, he still ground the film and the story in an ideological center that made Batman’s journey all the more compelling.

Batman is all about ideals, and he came dangerously close to the line in The Dark Knight. It was Morgan Freeman’s character that ultimately put an end to Batman’s crime fighting career when he walked away at the end of the film.

Some critics criticize The Bucket List for having a light-hearted portrayal of cancer. However, this takeaway ultimately ignores the fact that both Morgan Freeman and Jack Nicholson’s characters die at the end of the film.

Moving past the criticisms, the film is a very fun and funny look at taking charge and one’s life. It doesn’t matter how old someone is or how sick they may be, there’s always a way to get the most out of life, and that is what The Bucket List is about.

Lucky Number Slevin is another primarily plot driven film with an A-list cast, of which Morgan Freeman is merely one part. There are some strong character arcs, but they don’t belong to Freeman.

Instead, Morgan Freeman plays a gangster in a heated rivalry with Ben Kingsley. His role may be minor, but it’s extremely important to the story, and after a long career playing so many different characters, seeing Morgan Freeman as a crime boss is a pleasure. 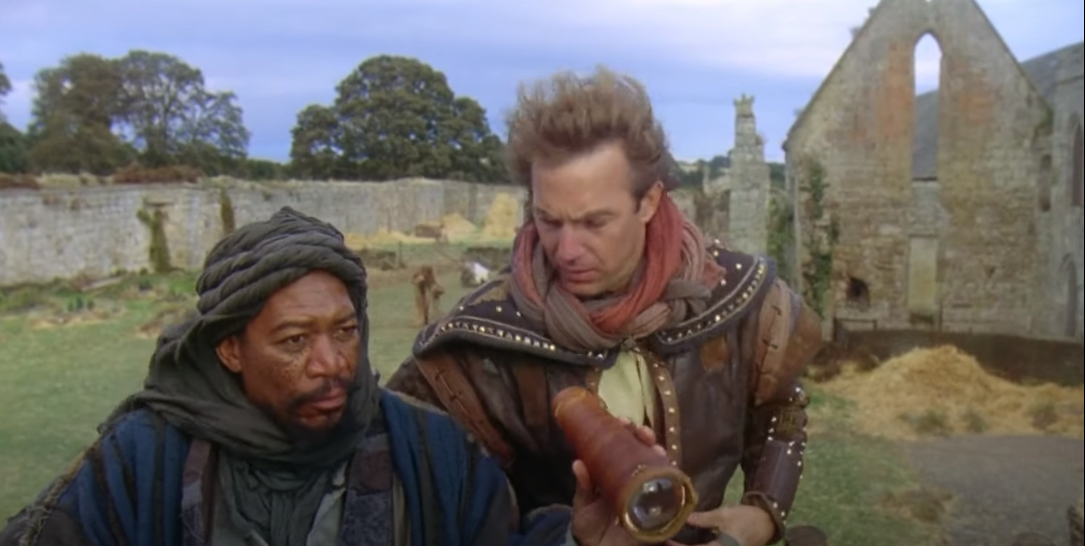 Morgan Freeman as Azeem and Kevin Costner as Robin of Locksley in Robin Hood: Prince of Thieves via Egonatello YouTube

There have been many different variations and adaptations of Robin Hood over the years. His historical role has been argued many times over, but this film with Kevin Costner in the leading role is a very grounded take on the character.

Although Morgan Freeman’s character is an original role, he is loosely based on a member of Robin’s band of Merry Men. As both a leading man and a supporting character, Morgan Freeman always does his job to elevate a film, and Robin Hood is no exception.

Morgan Freeman has had many great roles over the years, but arguably none has been more important than portraying Nelson Mandela in Invictus. This film is about South Africa winning a rugby championship at a time when the country needed to heal.

With Matt Damon starring as the rugby team’s captain, this film, which is based on a true story, is meant to inspire as much as entertain.

Besides Invictus, Amistad is another historically important and profound film that Morgan Freeman played an important role in. The story follows a group of slaves that took control of the ship bringing them to America. They are eventually captured and a difficult and political legal battle follows.

Morgan Freeman plays a former slave seeking to help the captives and possibly even grant them their own freedom. Like many films Steven Spielberg has made, it’s difficult to watch at times, but it’s also an important event in US history.

Tim Robbins’ character might have been the protagonist of The Shawshank Redemption, but Morgan Freeman was how the audience viewed his story. Freeman’s role as the only guilty man in Shawshank grounded the story in a way no other actor could.

It’s a strange film as it’s both heartbreaking and heartwarming at the same time. Morgan Freeman might be an auxiliary character, but the movie just wouldn’t be the same without him.

Se7en is a very interesting film in the way the dynamics play out. Morgan Freeman and Brad Pitt both share the spotlight here, yet they each have very different and just as important character arcs.

A lot of fans spend so much time on what happens to Brad Pitt in the end that they may forget what happens to Morgan Freeman. He was set to retire at the end of the film, yet he chooses to stay on the police force, which completes a very long and arduous character arc.