Kotaku derided Resident Evil and Silent Hill protagonists Ethan Winters and James Sunderland as “the same, boring protagonist;” only for the author to later claim the editorial was a “s—tpost.” YouTuber Melonie Mac took them to task, regardless. 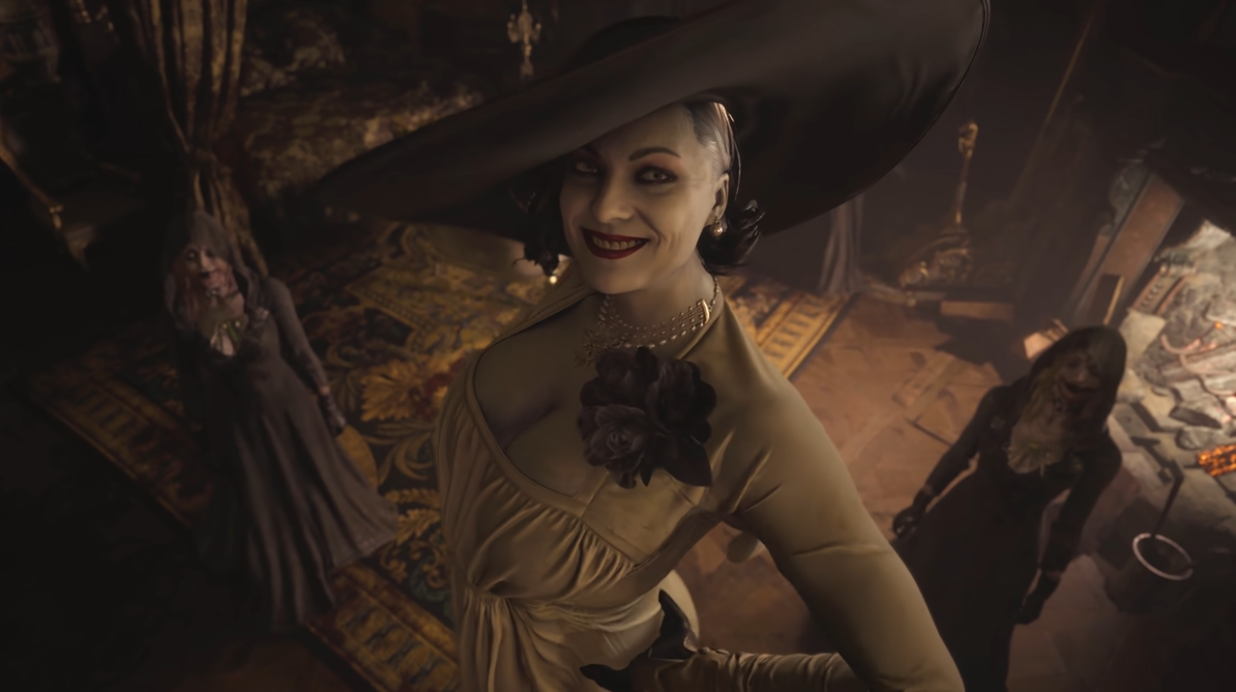 Kotaku writer Ashley Bardhan proposes “Resident Evil‘s Ethan Winters And Silent Hill‘s James Sunderland Are The Same, Boring Protagonist” in a piece that at first appeared to be inspired by the Silent Hill 2 remake announcement, coupled with new trailers for DLC and ports of Resident Evil Village.

“Watching the trailer for Konami’s Silent Hill 2 remake, I’m reminded that not only do I hate protagonist James Sunderland and want him to die, but I would also encourage Resident Evil franchise’s Ethan Winters to stick his blond head in the oven as soon as possible, like Sylvia Plath if she were an untalented man in a video game.” Bardhan’s contempt continues throughout the piece. 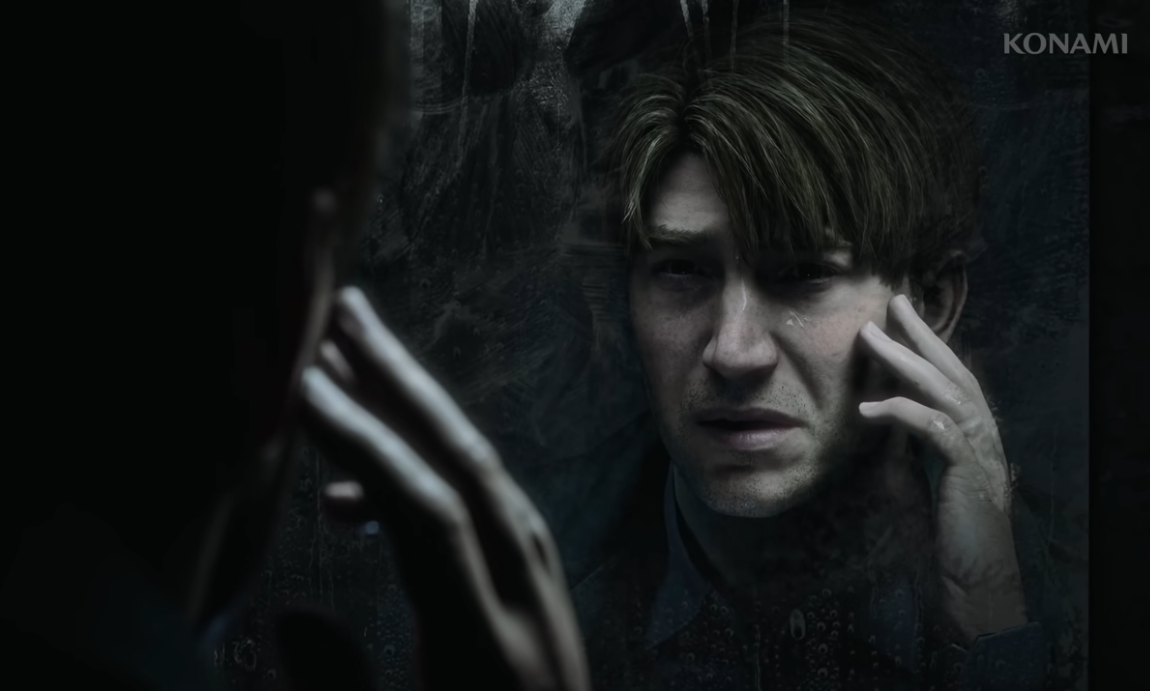 She proceeds to explain her “fear of ineffectual blond men,” comparing it to a fear of snakes, and even being “disturbed by Christopher Columbus.” Bardhan elaborates, “Like Columbus, who was famously too stupid for spatial awareness, I believe Ethan and James are both capable of accidentally inflicting death and venereal disease upon an entire continent.”

The writer states this distrust and projected ineptitude comes from the characters’ designs and demeanors. She describes both Ethan and James as “sniveling” and “swoopy-haired” characters, noting that both wear similar-looking jackets. Bardhan also takes issue with both men’s relationships with their wives, both characters’ temperament — dismissive of their respective circumstances — and nonchalant and strange reactions to finding horrifying or mundane objects.

She dismisses James’ trauma over his dead wife and the symbolism it manifests in Silent Hill as him suffering “terminal horniness,” noting he acts recklessly (failing to turn off his flashlight when trying to hide from Pyramid Head). Ethan’s surprisingly undercut reaction to crippling and dismembering injuries were also a sticking point for Bardhan. 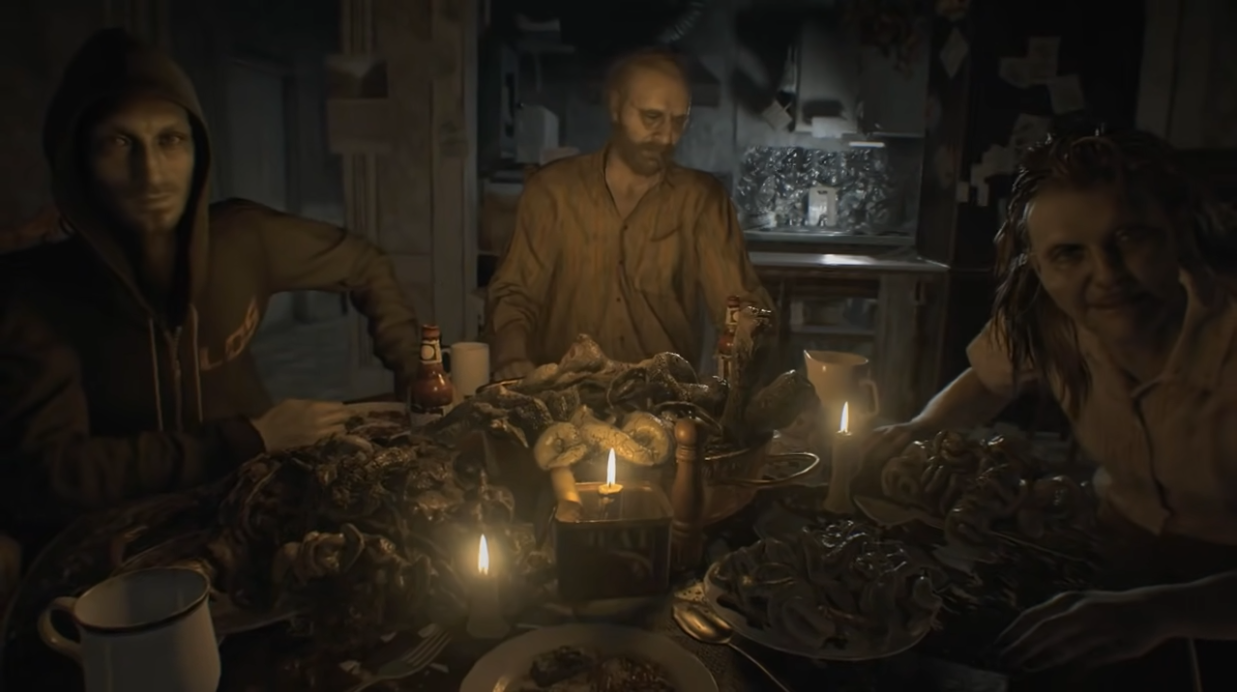 “It seems clear to me that James and Ethan are two sides of the same useless coin,” Bardhan proposes. “Everything that happens to them is kindled by their more interesting sick, missing wives, and yet they get to be the protagonists.”

“They get to navigate the marsh and the mist, waving their guns like lollipops, shouting ‘What was that!?’ at every bump in the night. It’s not fair. They’re bumbling and they never earn an answer.” While sympathetic neither are prepared for what they endure, the Kotaku writer nonetheless wishes “their games would give me anything to admire or empathize within these men we spend hours playing as.” 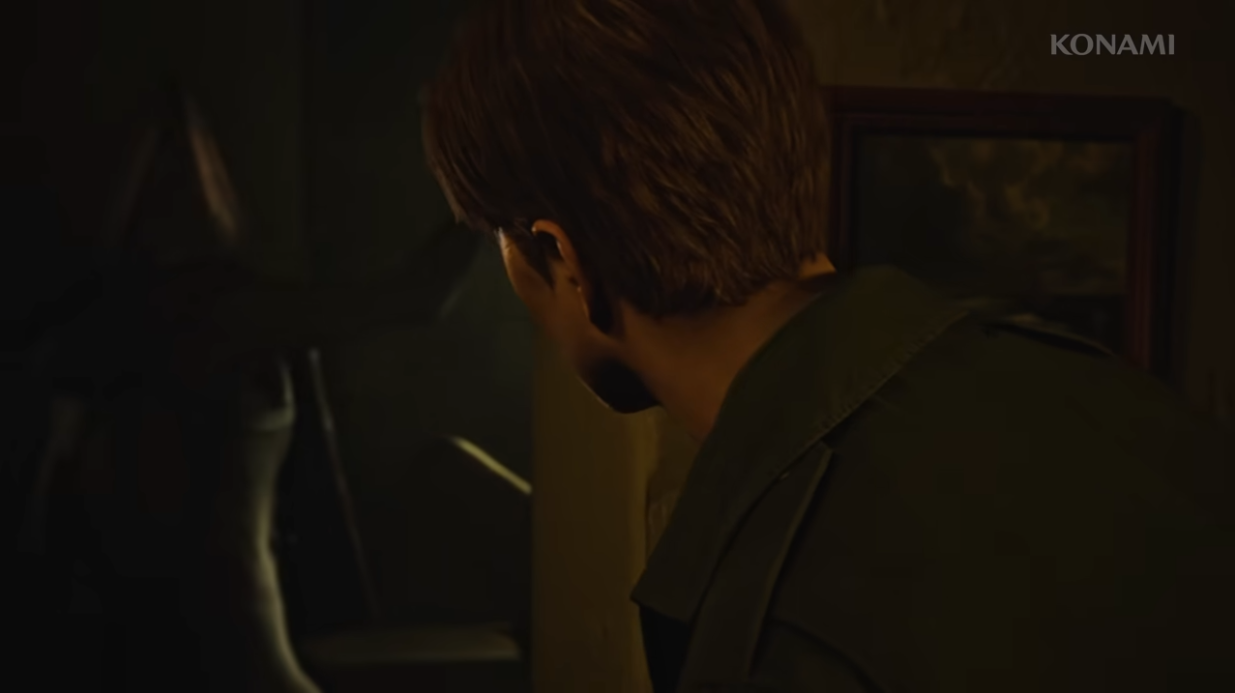 Bardhan concludes quoting psychoanalyst and critic Julia Kristeva from her 1993 New Maladies of the Soul book, describing then-modern men as being “a narcissist who may suffer, but who feels no remorse. […] When he is not depressed [he is] a body that acts, often without even the joys of such performative drunkenness.”

“Bland James and Ethan, blond, handsome, and regrettably uninteresting, are prime examples of what happens when men aren’t encouraged to nourish their souls,” she insists. “They fumble in the dark with empty heads and they survive horror, but with blinders on. Women never get to shy away from gore. I know I’m spiteful, but I think James and Ethan deserve what they get.” 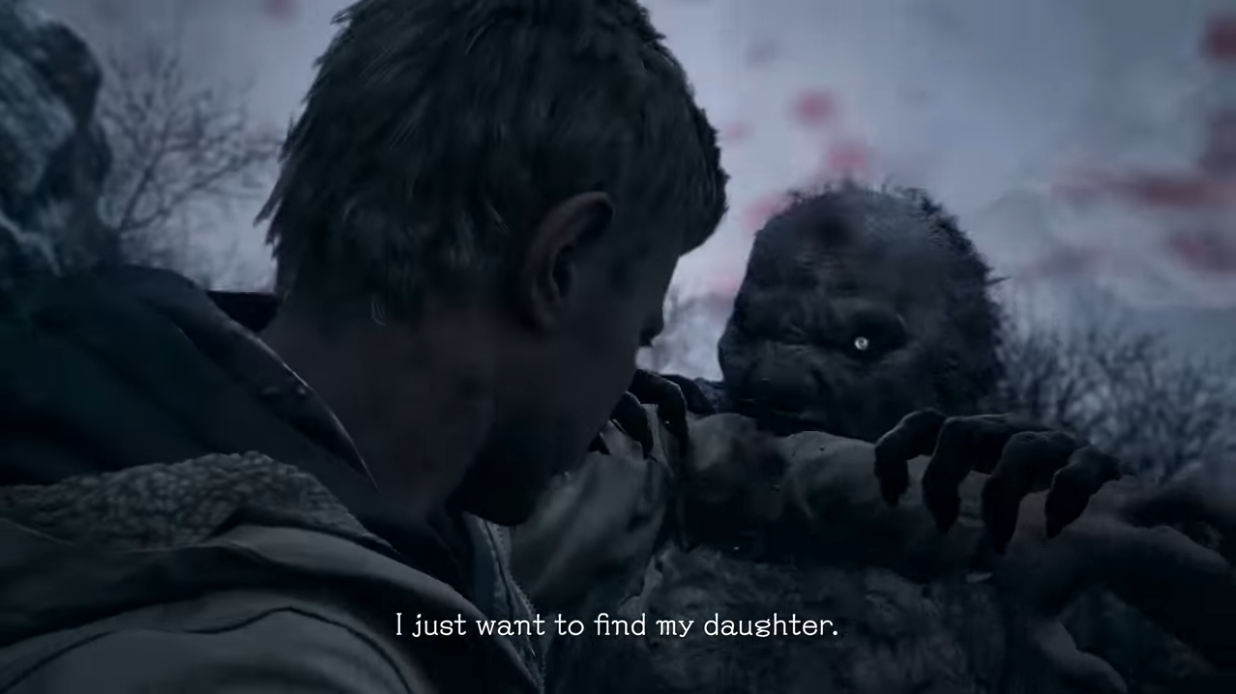 While many are prone to Kotaku writing sensationalized and controversial editorials purely as click-bait, Bardhan may have somewhat confessed to doing just that.

Kotaku user StayPetty commented, “This whole article feels like an assignment to ‘drive interaction’ which will then be measured by responses. So… good luck, I guess? I hope the blonde ding dongs that are driving the former GMG [Gizmodo Media Group] into the earth are paying you well enough to put up with this s—t. On the plus side, at least they didn’t make you turn it into a slideshow!”

“lmao thank you, i thought it was clear this article is mostly a s—tpost (rly hoping no one takes my invoking columbus seriously) but i could always use more money to deal w disgruntled gamers, so if the media gods are listening…..!” the writer confessed in response to the user’s comment. 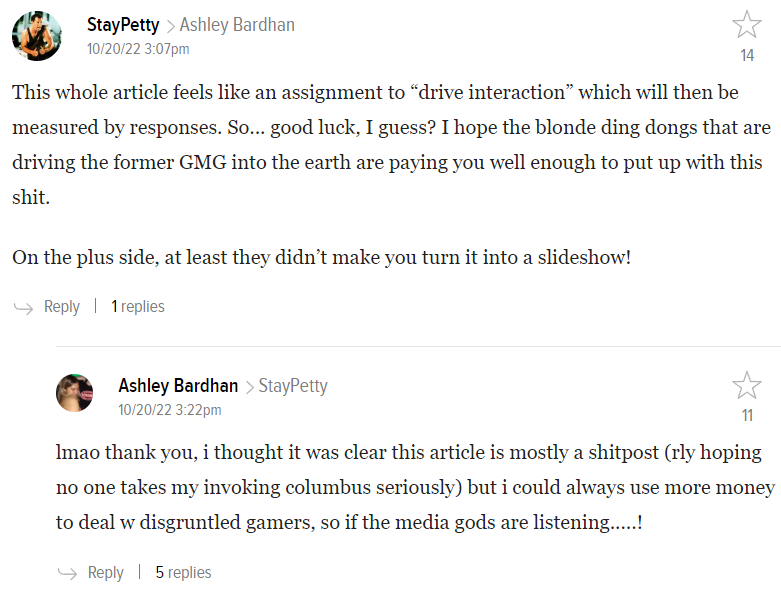 RELATED: Netflix’s ‘Resident Evil’ Star Lance Reddick Dismisses Critics Of Quickly Canceled Series As “Trolls And Haters” Who Never “Got What We Were Doing”

This alleged confession seemed to escape YouTuber Melonie Mac when she discussed Bardhan’s piece in earnest; though with plenty of mockery. “Whelp, Kotaku is hating on white men again, what else is new?”

Kotaku’s alleged left-leaning and diversity focused political bias was further mocked by Melonie on Twitter. “Ethan Winters went to hell and back for his family, but gaming journos hate a good family man.” 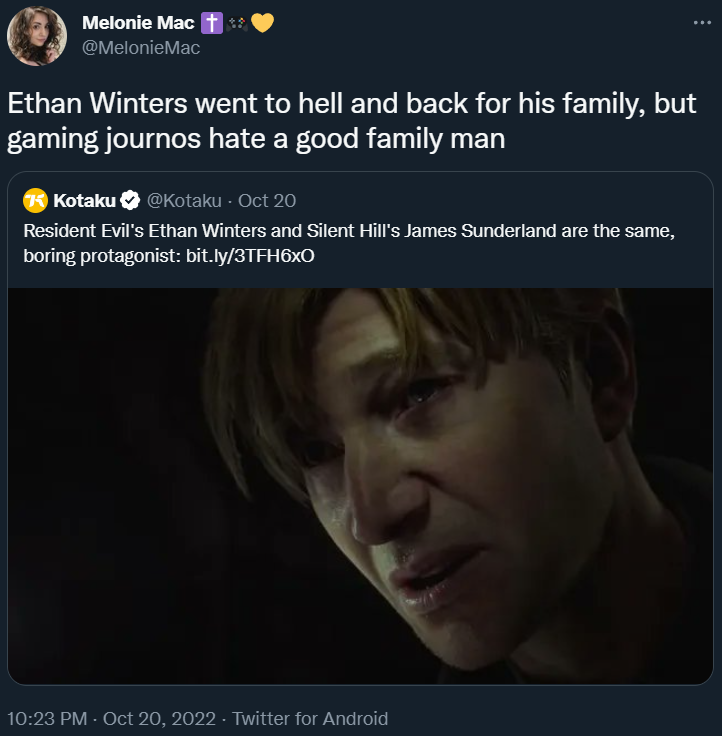 Even from the very first paragraph, Melonie refutes the Kotaku writer’s claim Ethan is useless, based on his actions in Resident Evil VII alone. She further espouses that the Kotaku writer’s hatred of blond male characters comes from a supposed pro-feminist stance. “Of course it’s par for the course right now, the feminist thing to do is to hate on white men, more than anything. White men are the most evil things alive to them!”

Struggling to read through the article without cringing, Melonie then proposed Bardhan would support hook-up culture as “empowering to women” despite her quip about Columbus and spreading venereal disease, and her reaction to the characters as “straight-up racism, racist, sexist.”

“That’s the current approved narrative,” Melonie insists. “You are allowed to hate on white men, you’re allowed to hate on men in general, or especially if they’re white women. That is just the safe thing to do right now, and people like this who do this want to play victim all the time and act like they are victims, to white men.”

She further proposes a white blond-haired man couldn’t make the same article about Bardhan’s demographic — “whatever you are” — without backlash. “So who’s the victim here? Seriously, it’s absurd.”

Likewise, focusing on her knowledge of Resident Evil, Melonie dismisses Bardhan’s issues with Ethan’s clothes, hair color, and temperament. Melonie explains her issues with game journalists as a whole marking a game down for being unrealistic even in a fantastical scenario. “Do you want him to be [after having his arm cut off] huddled up in a corner, rocking back and forth, there, end credits, game over?!”

She also notes Ethan showed bravery, a loving family man willing to do anything to protect them. Melonie proposes this “ultimate manly thing to do” and “the epitome of masculinity” is the true root of Bardhan’s issues, along with those with similar critique and the “woke religion” who “hate seeing a man being a man.” 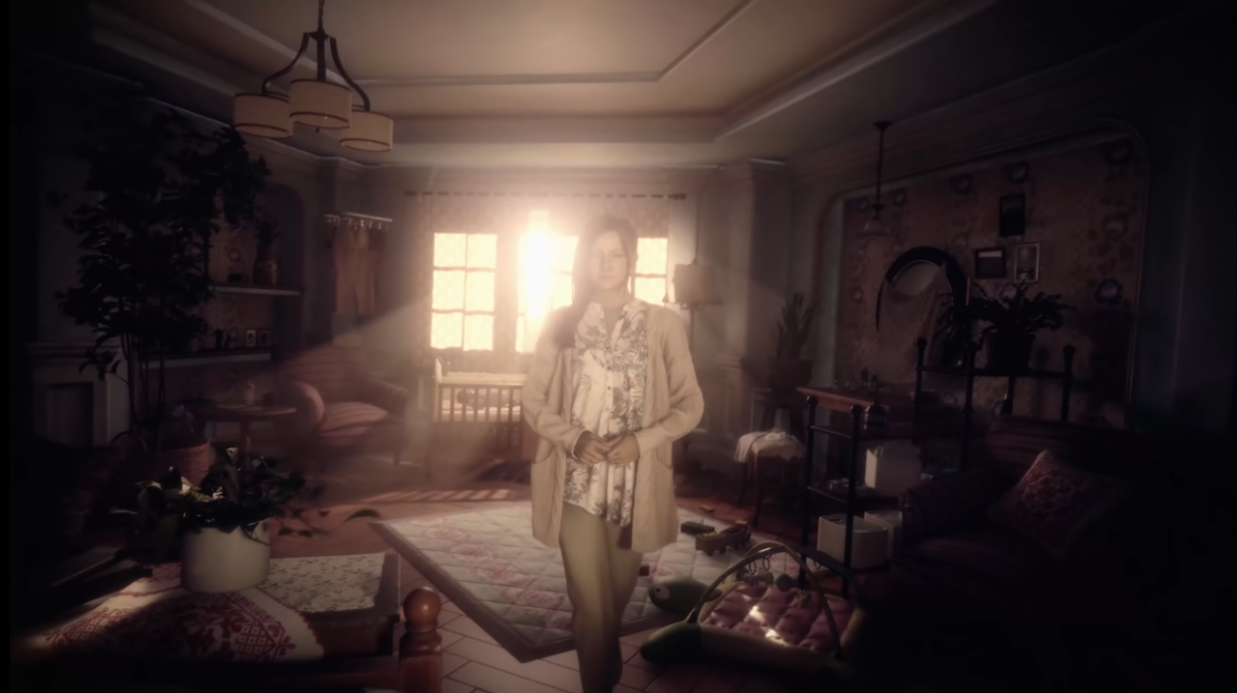 Continuing to bear down on the cultural point, Melonie theorizes Bardhan was unable to empathize with either protagonist as “the way culture and society has been teaching us lately” rejects stable relationships, intimacy, and family for casual connections.

“I can see why if you are riddled with that kind of mindset of current culture, I can see why you can’t empathize with these men, who deeply love their families and will do anything to protect them. You can’t relate to that!” Melonie scorns. “And that’s why you can’t empathize with them! Because humans are just meant to be used and discarded because ‘there’s more out there.'” 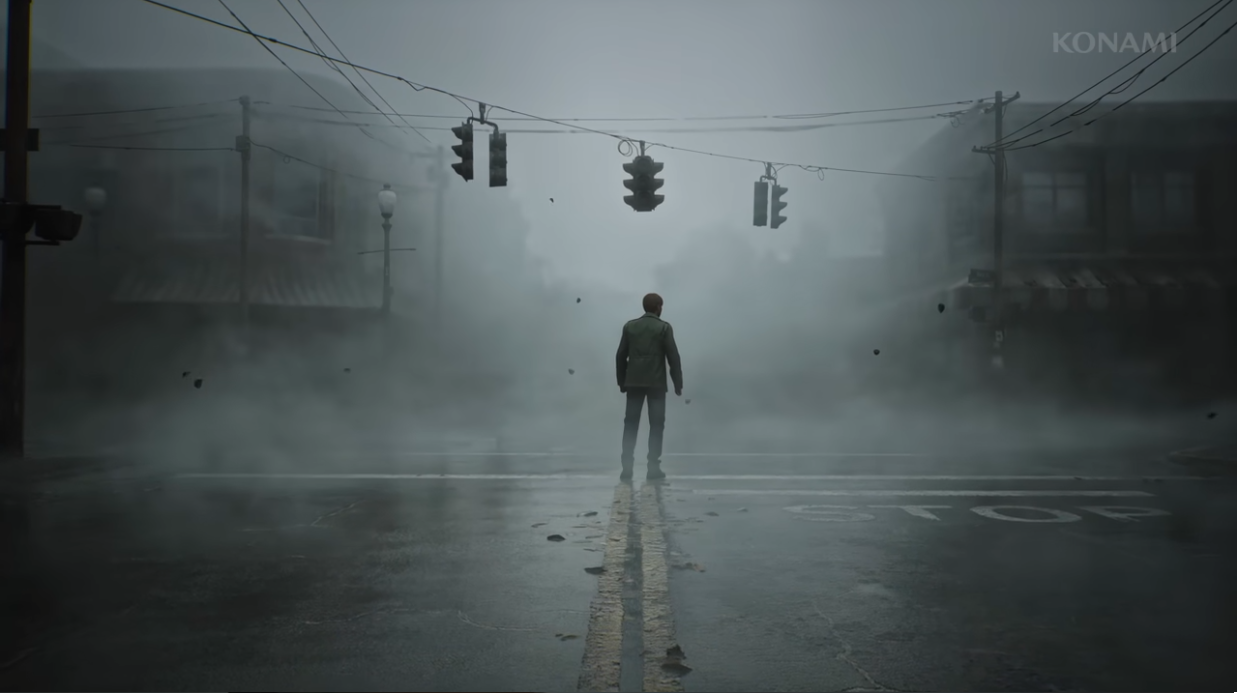 “People are so selfishly focused on their own pleasures and so focused on just themselves, that they can’t relate to actually loving your family enough to do anything to protect them from harm.” This scathing criticism of Bardhan and others sharing her opinion seemed to give Melonie clarity on why they would struggle to empathize.

Specifically addressing Julia Kristeva’s New Maladies of the Soul book’s comments about “narcissistic” men, the YouTuber asserted, “This is like so much projection going on. How can you call Ethan Winters a narcissist?” 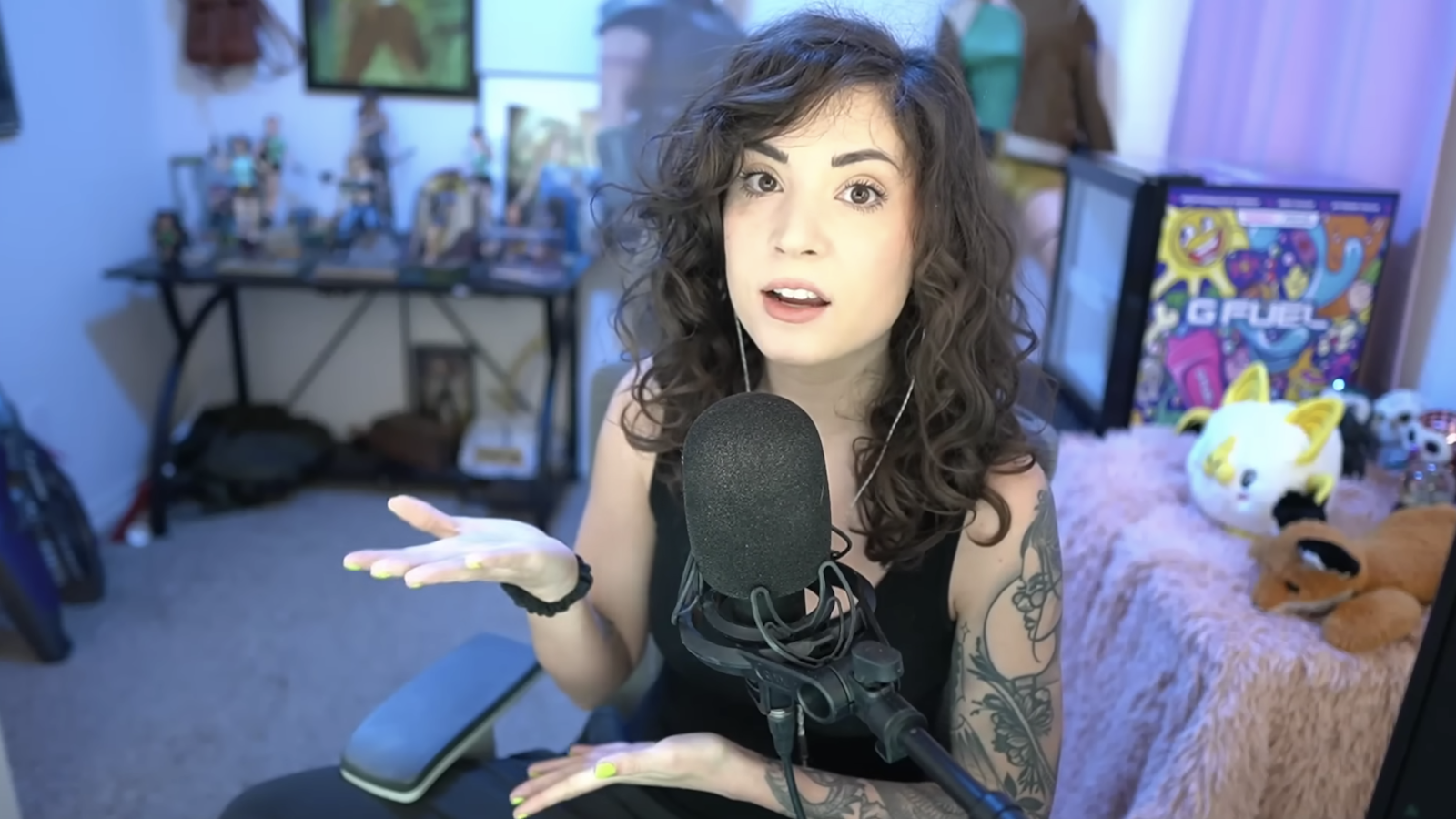 “If he were a narcissist he wouldn’t have cared to go through all of that for his family; he would’ve just found a new family,” she proposed.

Melonie then concluded, “I don’t think a narcissist would be putting themselves through everything that Ethan Winters, and probably James here as well, has put themselves through. Especially when there’s no glory attached to it.”