Not one to let a chance to voice his political opinion pass him by, The Boys showrunner Eric Kripke closed out his recent onstage appearance at the 2022 Saturn Awards with a declaration of “f–k MAGA”. 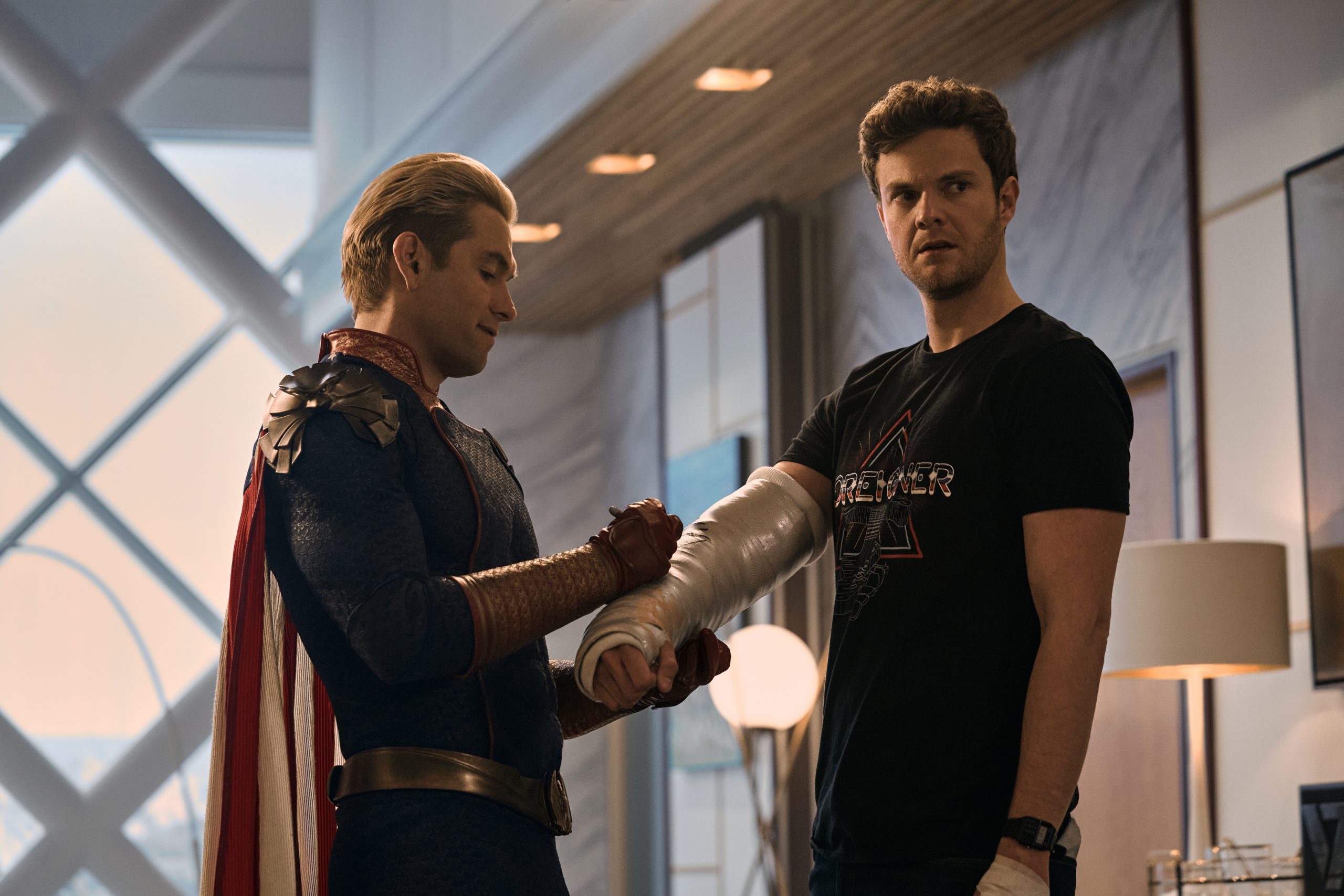 “Hey everybody,” the showrunner opened his spotlight moment at the October 25th ceremony. “I want to thank the Academy, thank you to the Marcus brothers, I want to thank Amazon, and Sony, and our writers who are over there who are totally amazing, our producers at Point Grey Pictures and Original Film, our cast and crew and special guest Dan Trachtenberg who directed the pilot – who is the reason we are all here.” 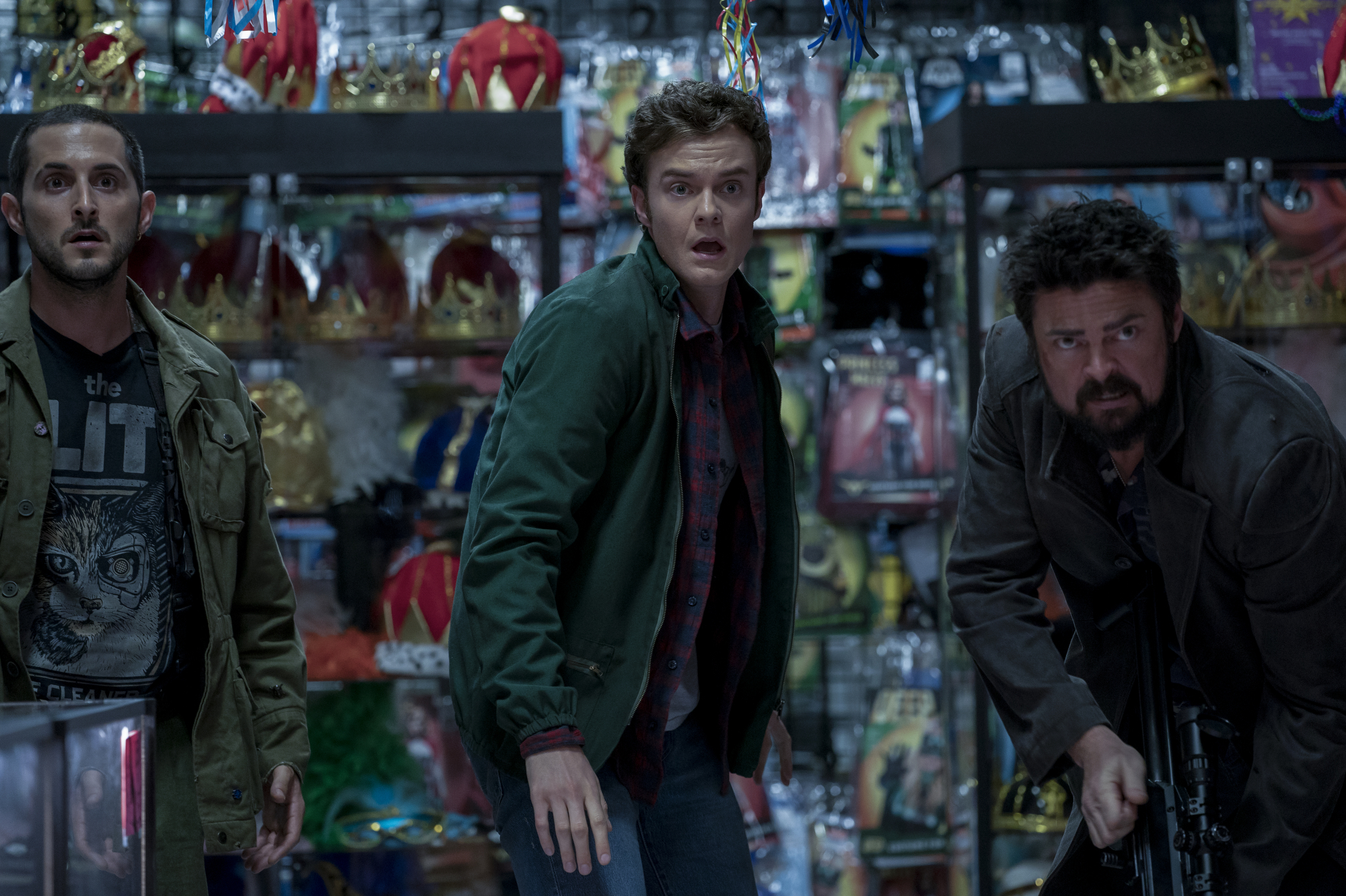 RELATED: The Most Powerful Characters In The Boys

“Heres’ the thing,” said Kripke. “Filmmaking’s a team effort, and we’re all so f–king lucky to be here and to do what we do.”

“The Saturn Awards are my favorite awards because it’s like, look, this is a hard business, and it’s easy to become cynical and a little bit dead inside,” opined Kripke. “But everyone here has such a love of the game, and are passionate about what they do.” 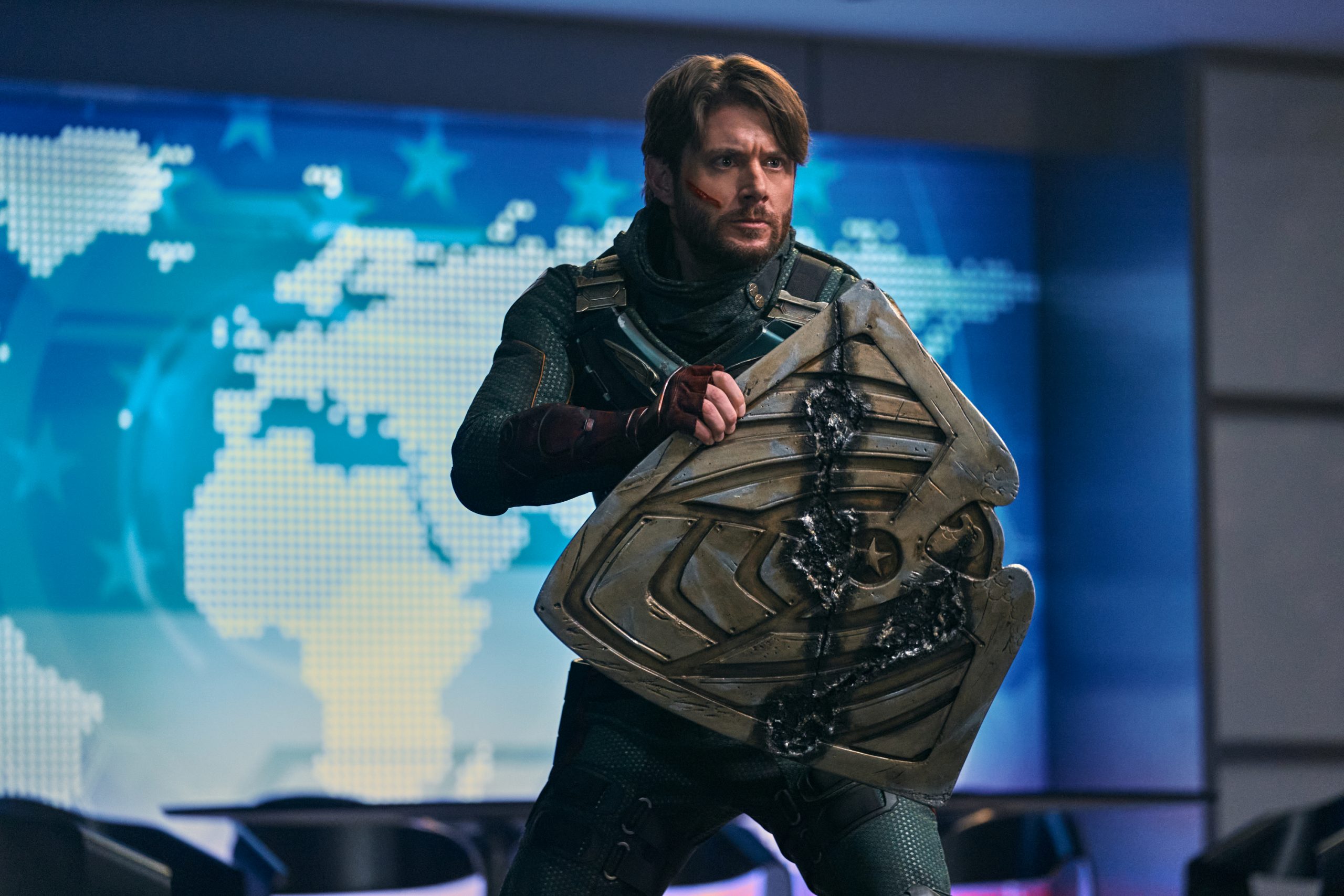 Noting how “I was just spending all [my time] before the show just geeking out over everybody that I got to meet and see,” the showrunner then joked, “I’m such a fan of so many of you – not all of you – but so many of you.”

Returning to thanking those who supported The Boys, Kripke continued, “I just feel a lot of gratitude. I just feel really lucky to be here, so thank you.” 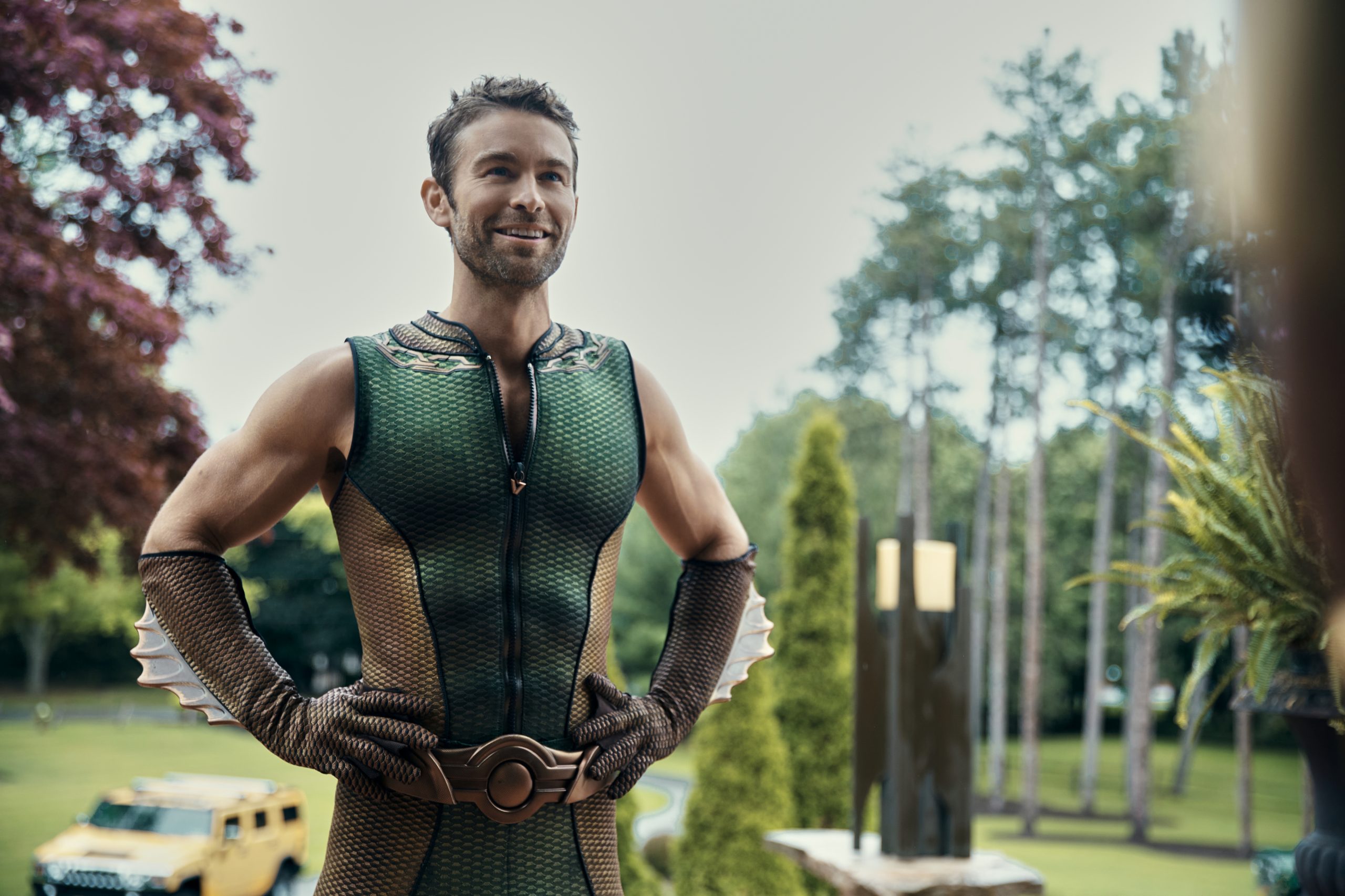 “The message of The Boys is, in the real world, anyone who stands in front of you and says that they’re here to save you is fucking lying and trying to sell you something,” asserted the showrunner. “We all have a responsibility to save each other, taking care of the people next to you in a thousand, boring, unremarkable moments every day, and that is how the world gets saved.” 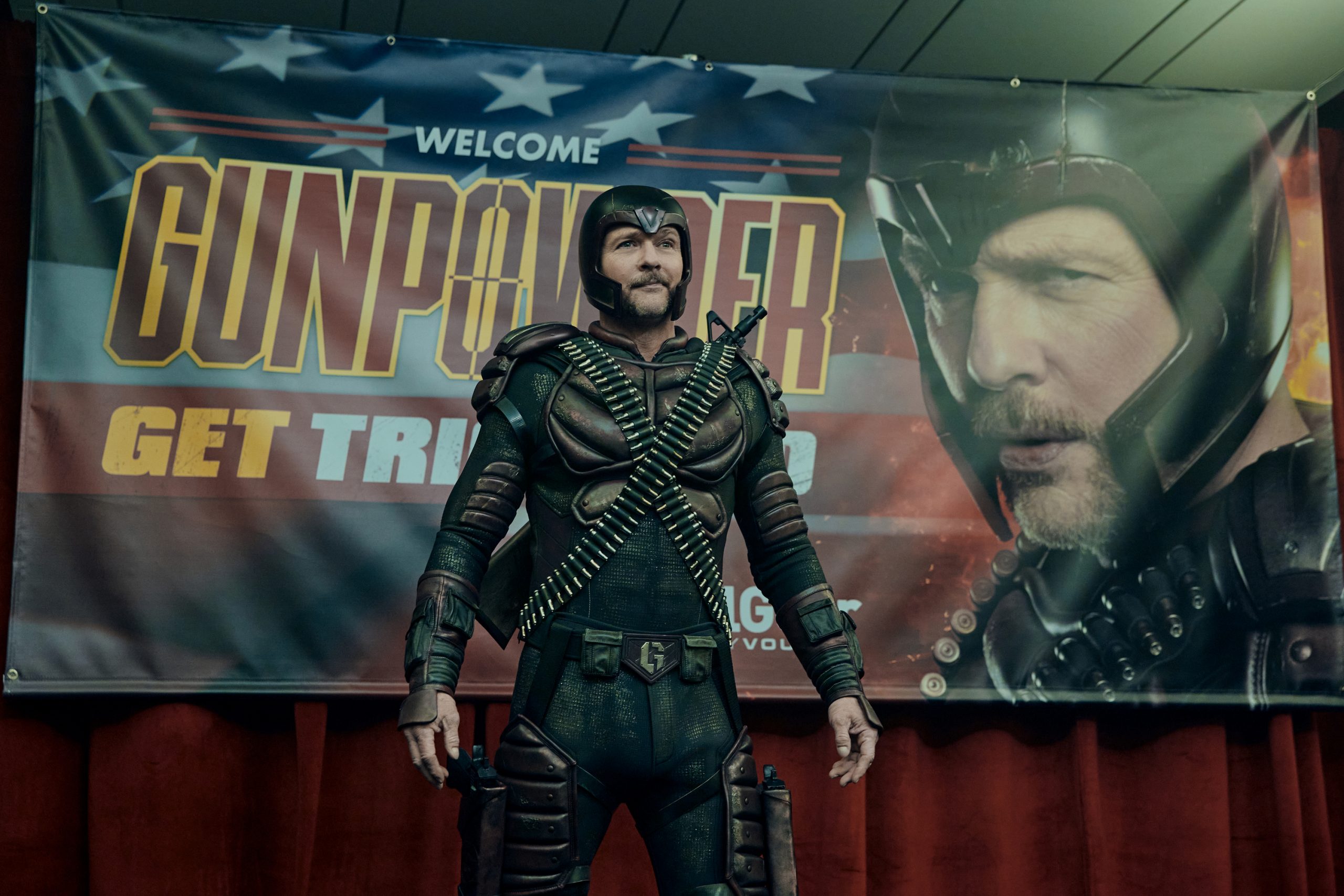 Drawing his thoughts to a close, Kripke took a moment to honor series production designer Arv Gewal, who unexpectedly passed away in 2020.

“His final set was an eleven-foot high, twenty-foot long penis with a urethra tunnel [as seen in the Season 3 episode Herogasm], and I can’t think of a better tribute to the man,” he recalled. 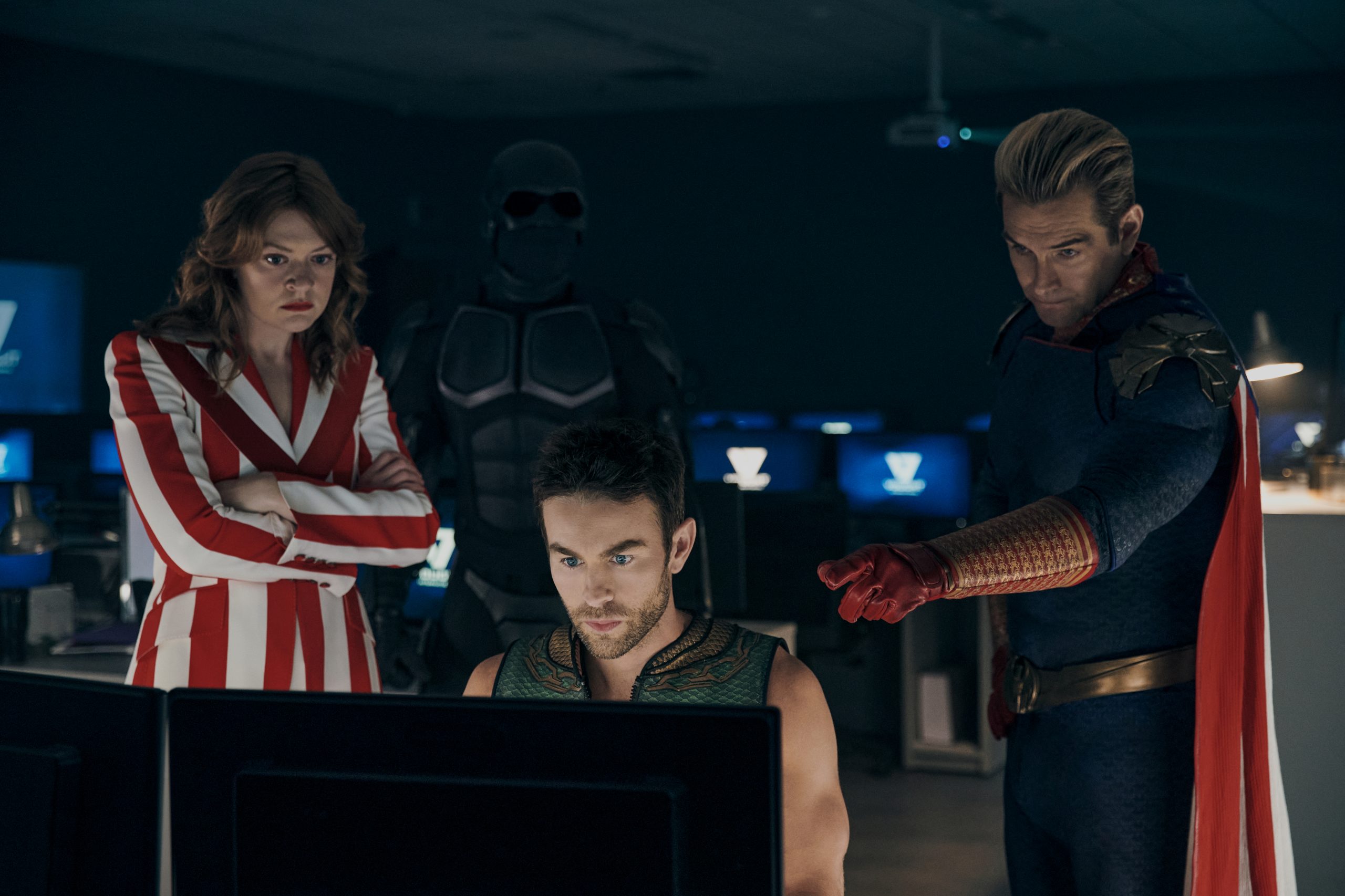 RELATED: ‘House of the Dragon’ Star Olivia Cooke Says She Was Directed To Play Queen Alicent “Like A Woman For Trump”

His well wishes complete, the showrunner ultimately concluded his speech, “So, thank you everyone. Please vote. F–k MAGA. Have a good night.” 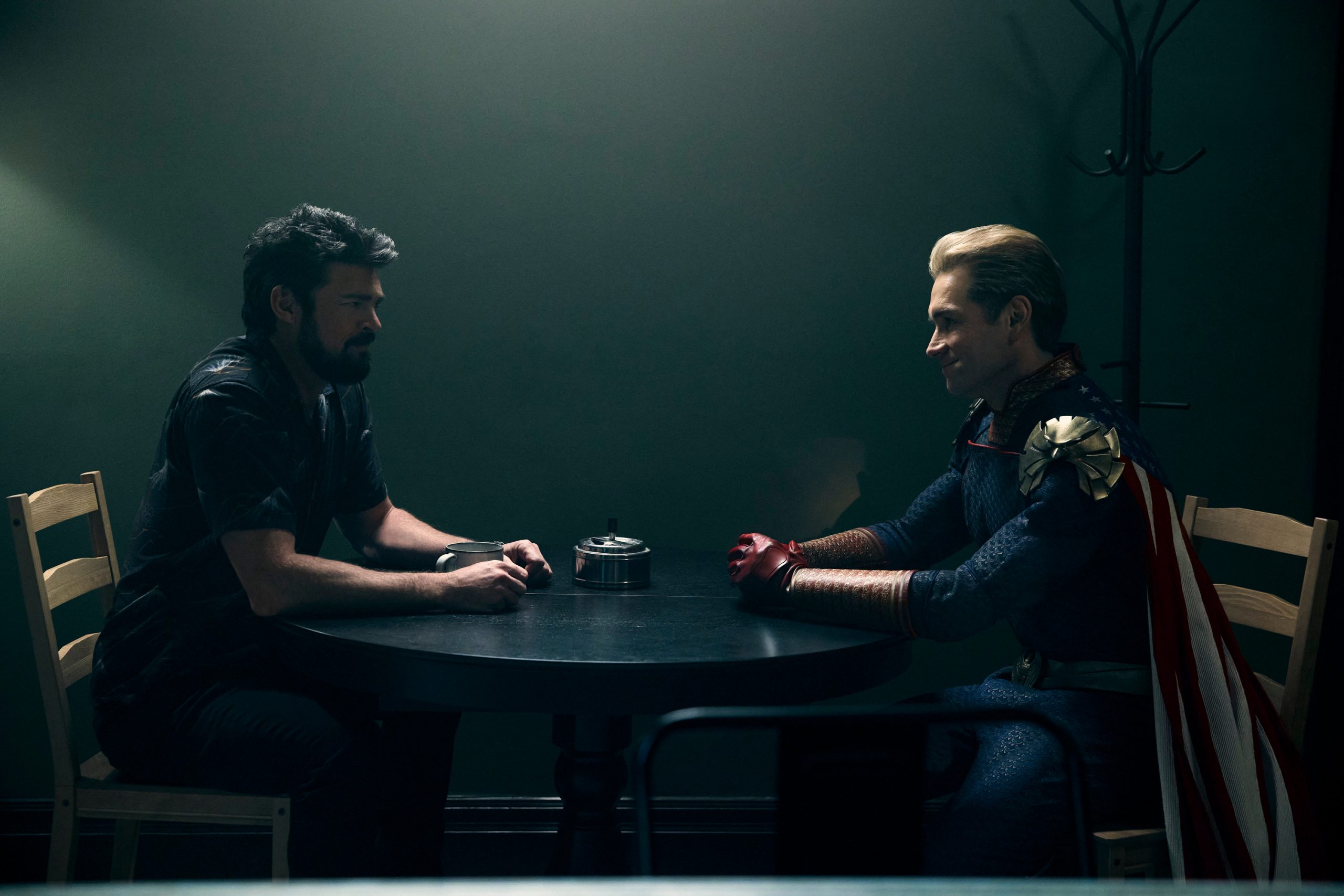 As noted above, Kripke’s dislike for former President Donald Trump and his political supporters is far from secret.

In fact, this past June, the showrunner admitted to Rolling Stone that the series’ primary antagonist, Homelander, has “always been a Trump analogue for me.” 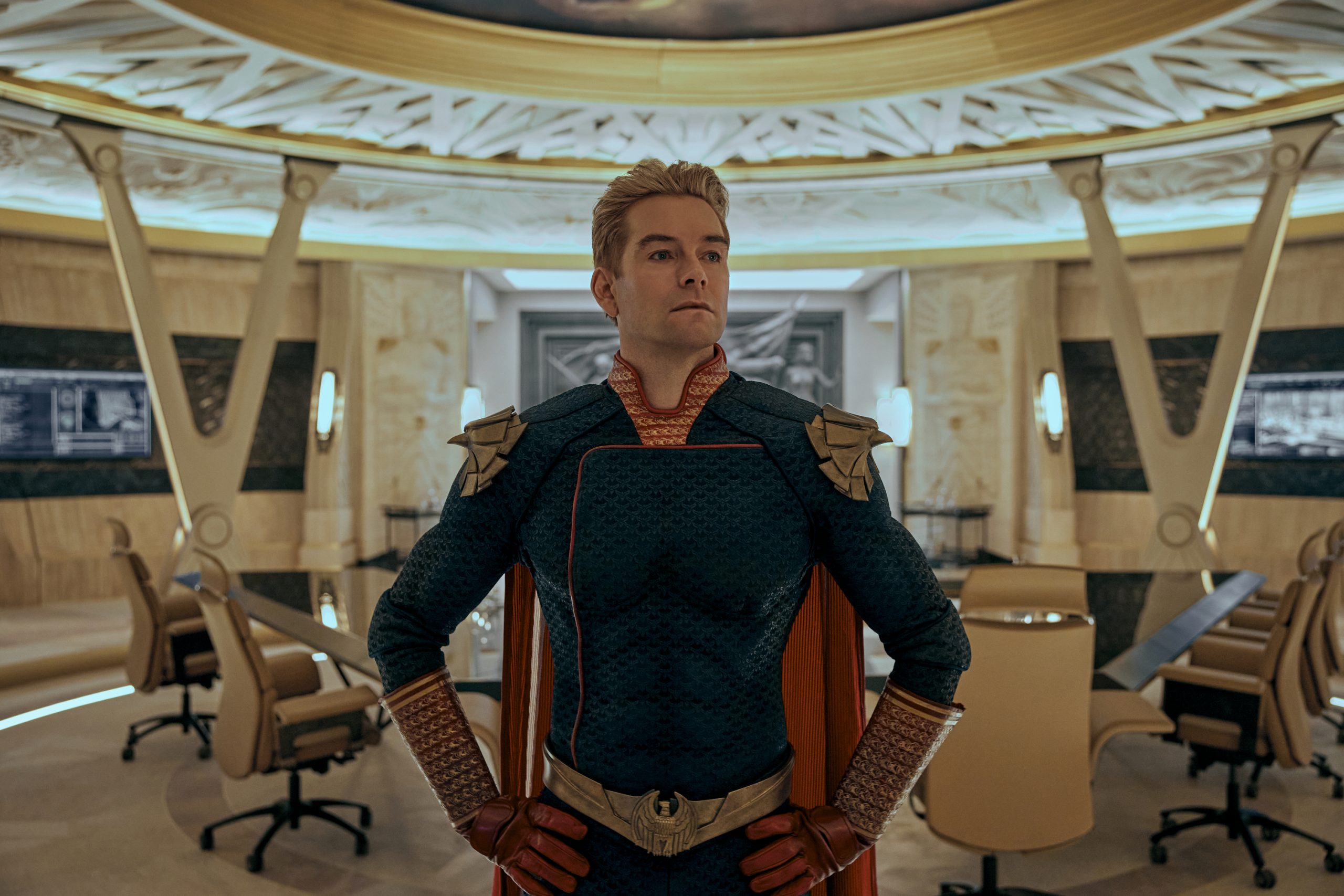 “I’ll admit to being a little more bald [in Season 3] than I have in past seasons,” said Kripke. “But the world is getting more coarse and less elegant. The urgency of our team’s writing reflects that. We’re angrier and more scared as the years go on, so that is just being reflected in our writing.”

“But part of it is where Homelander’s story naturally goes,” he explained. “He has this really combustible mix of complete weakness and insecurity, and just horrible power and ambition, and it’s just such a deadly combo.”

“Of course he would feel victimized that people are angry that he dated a Nazi,” the showrunner asserted. “All he ever wants is to be the most powerful person he can be, even though he’s completely inadequate in his abilities to handle it.”

“So it’s white-male victimization and unchecked ambition,” he summarized of Homelander’s character. “And those issues just happened to reflect the guy who, it’s just still surreal to say it, was f–king president of the United States.” 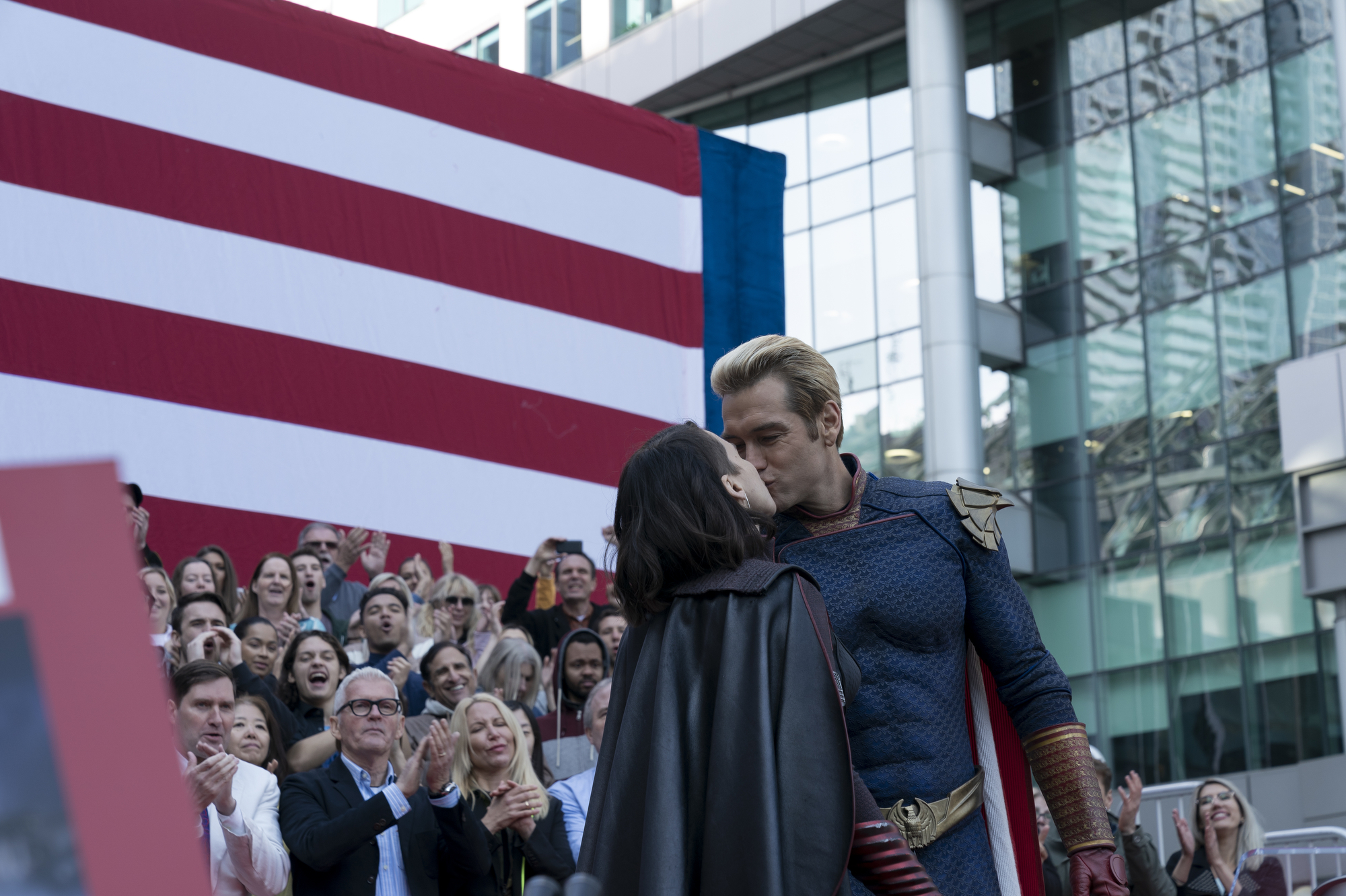 “And it’s a bigger issue than just Trump,” Kripke ultimately lamented. “The more awful public figures act, the more fans they seem to be getting. That’s a phenomenon that we wanted to explore, that Homelander is realizing that he can actually show them who he really is and they’ll love him for it.” 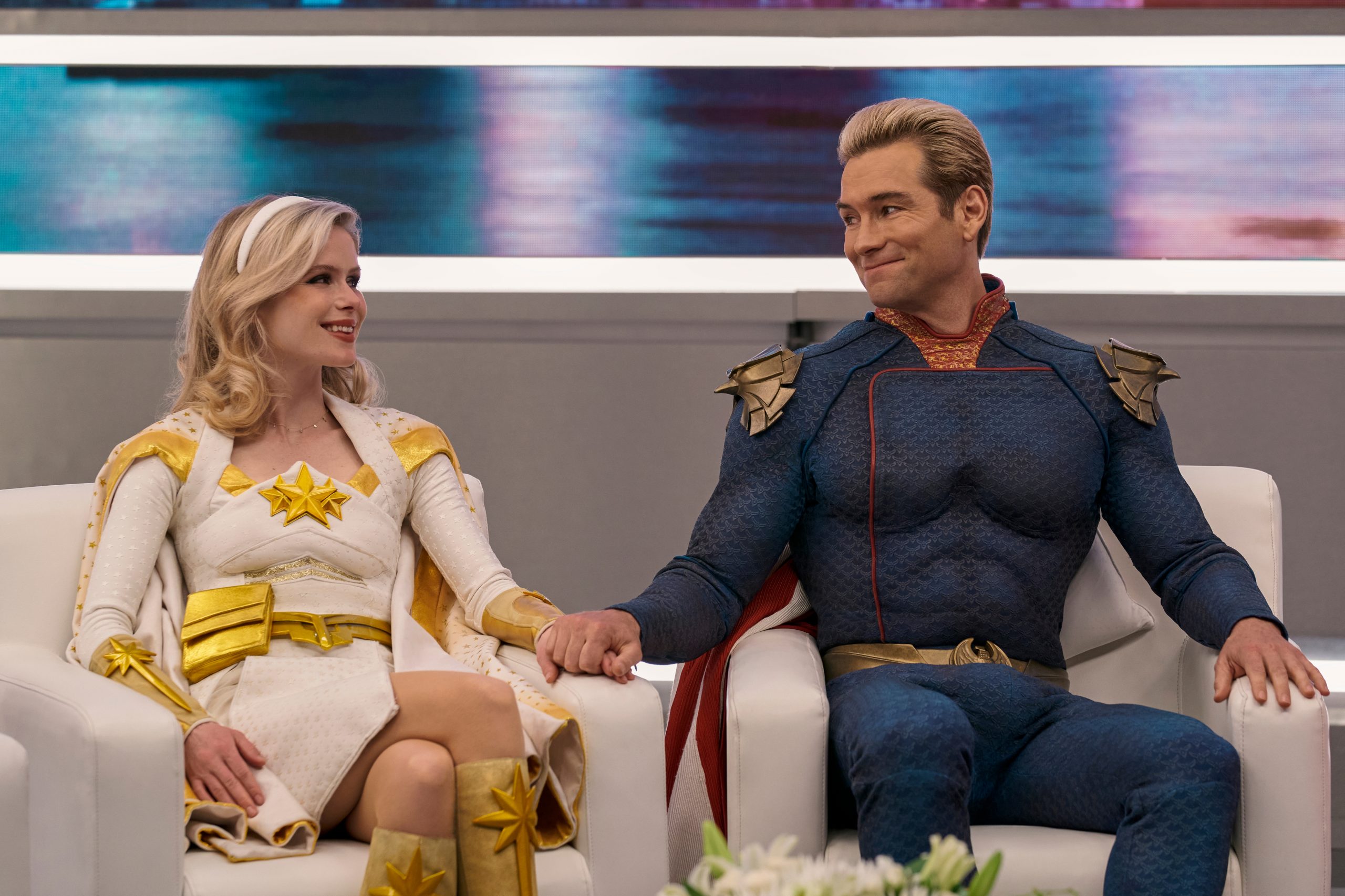 The fourth season of The Boys is currently in production. 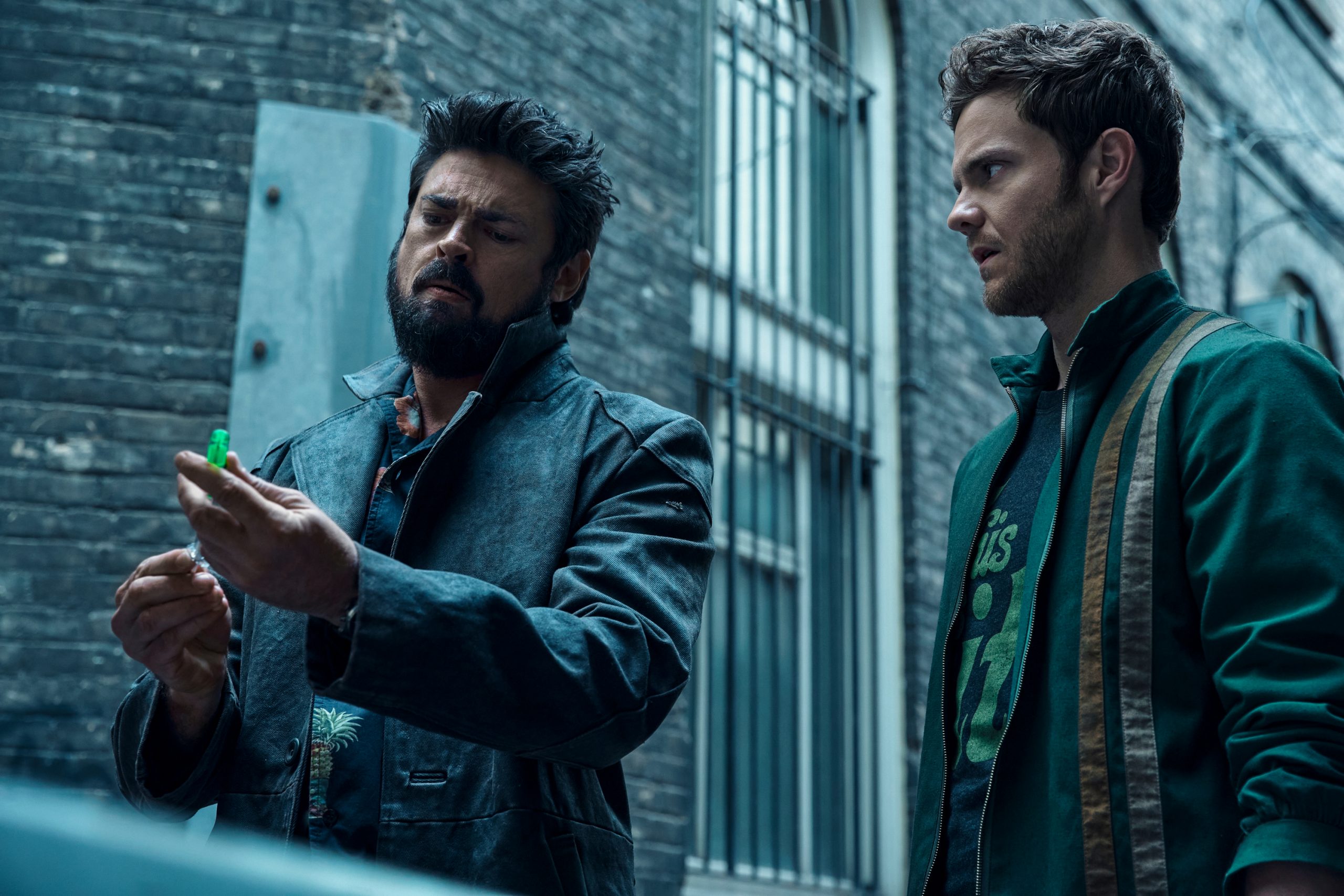 NEXT: Rumor: Amazon To Retool ‘The Lord Of The Rings: The Rings Of Power’, Sideline Current Showrunners After First Season Was “More Of A Failure Than They Could Have Been Anticipated”