There’s no shortage of self-masturbatory, virtue-signaling schmucks on the Woke Left, but actor Sean Penn is easily one of the most egregious and transparent of the bunch. The Mystic River star succeeded in shattering yet another glass ceiling on Tuesday, this time regarding the war in Ukraine. 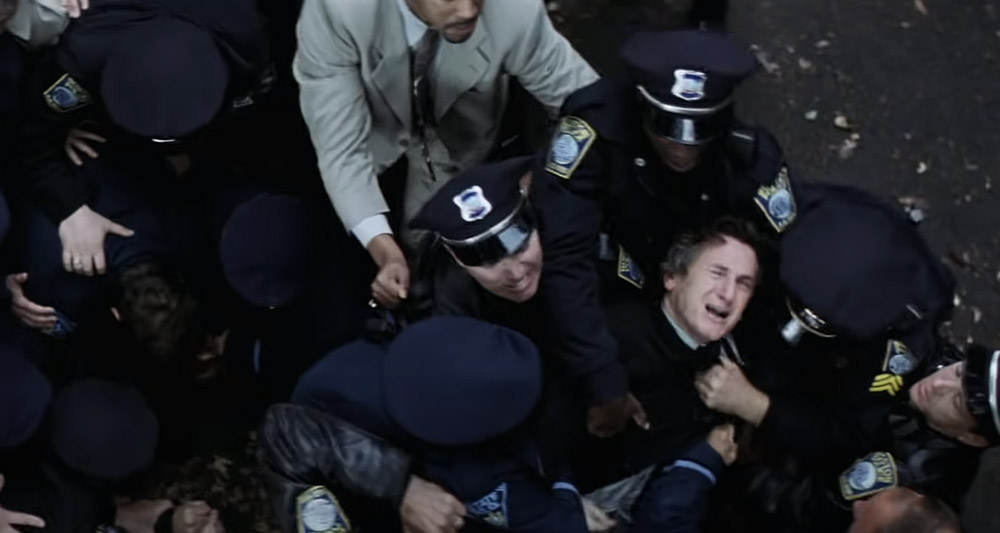 During a meeting with Ukraine President Volodymyr Zelensky, Penn unsheathed his coveted Oscar statuette and presented it to him with the pretend-humility common to so many of Hollywood’s pretentious A-listers.

“This is for you,” Penn said to Zelensky. “It’s just a symbolic, silly thing, but if I know this is here with you, then I’ll feel better and stronger for the fight.” 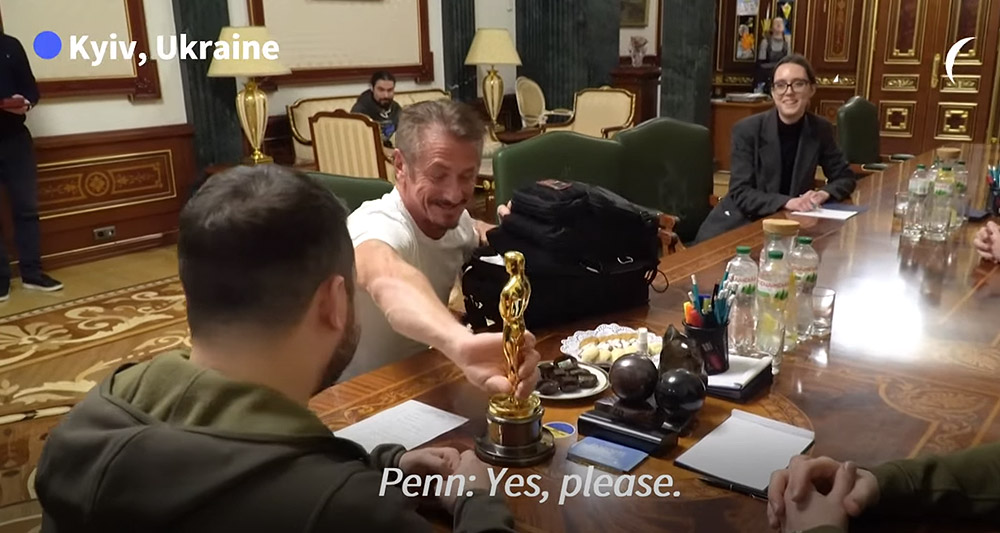 This, from an actor who boasted his willingness to take up arms against Russian forces invading Ukraine, only to turn tail and flee on foot to the safety of neighboring Poland. The self-aggrandizing slop – thick as pea soup with an entire bag of crackers thrown in – didn’t stop there, however.

In typically tone deaf fashion, Penn concluded by telling Zelensky, “When you win, bring it back to Malibu.” 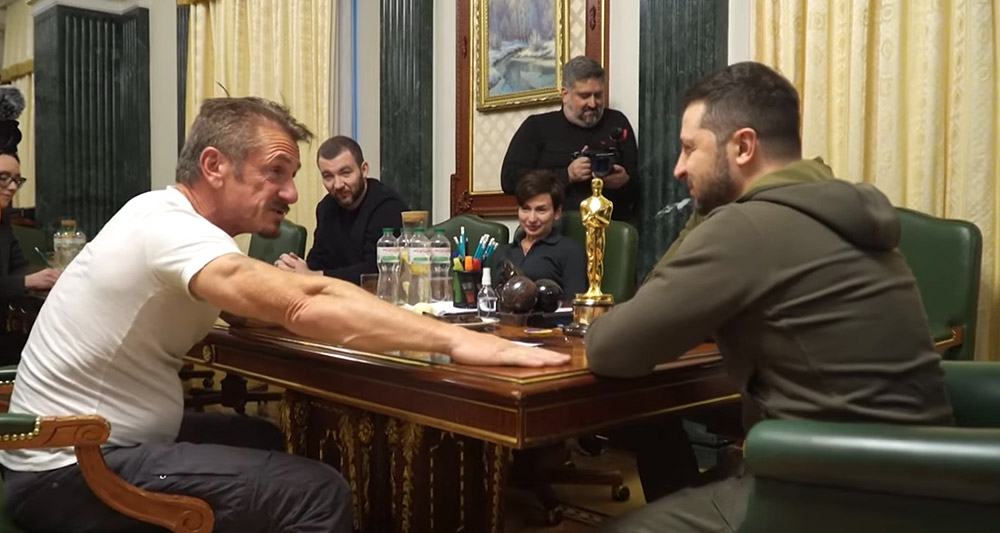 Oh, the bravery! The stunning courage! Would the entire world not be better if you and I, and everyone else behaved more like Sean Penn, minus the multiple million-dollar houses, luxury cars, and indeed…an Oscar on the mantle above the fireplace to gawk at?

Of course, this is nothing new to a hypocritical Left who claimed to be anti-war, up to the exact moment when Russia made its move on Ukraine…several years after that same Left barely batted a lash at its annexation of Crimea in 2014 under then-President Barack Obama. 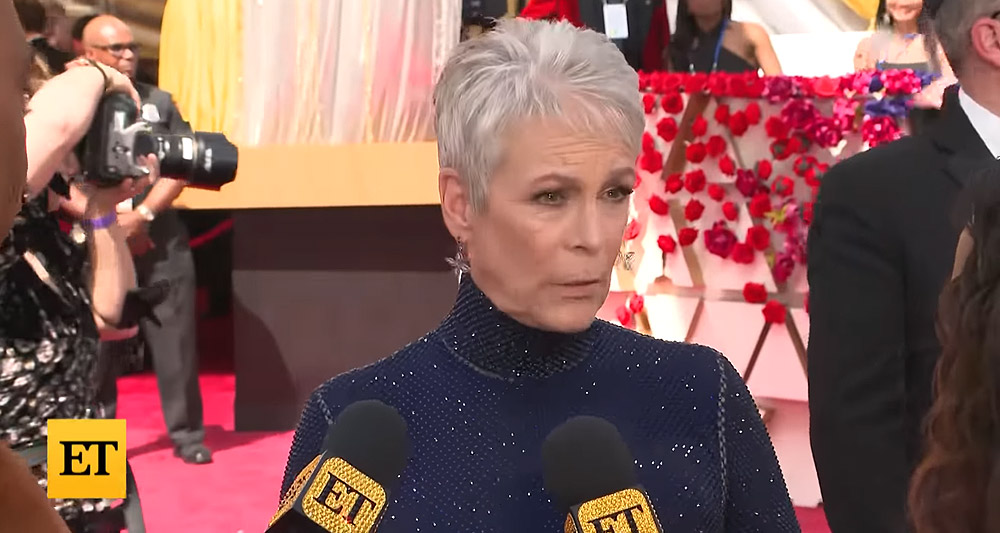 Since this latest conflict broke out, Left-wingers have marched in solidarity with Ukraine by promptly attaching the country’s flag to their Twitter bios, and clapping like seals over Democrats funneling billions in military aid to the country, with nothing in the way of an off-ramp.

The result has been a prolonged and protracted war with no possibility of concession, simply because U.S. President Joe Biden is too cowardly to take the political hit by initiating discussions between the two players. With no exit strategy in sight, the spending continues aplenty. 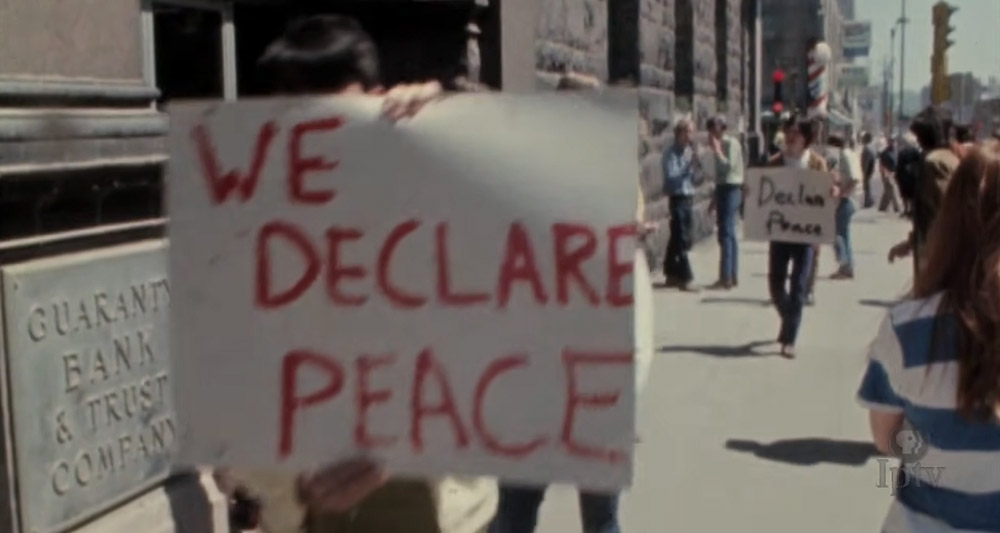 The dirty little secret is that Democrats are very much in favor of supporting wars that they like. Indoctrinated socialist hippies railed against the Vietnam War in the 1960s and 70s, but they had little to say about Barack Obama’s Middle East bombing campaign, which killed over 1,000 innocent civilians in Lybia alone.

You will never see Sean Penn own up to the fact that his own Democratic Party was single-handedly responsible for World War I, the Korean War, or Vietnam. Nor will you see him, or any of his Left-wing ilk wag the finger at the memory of Harry Truman (D), the only politician to drop a nuke on another country. 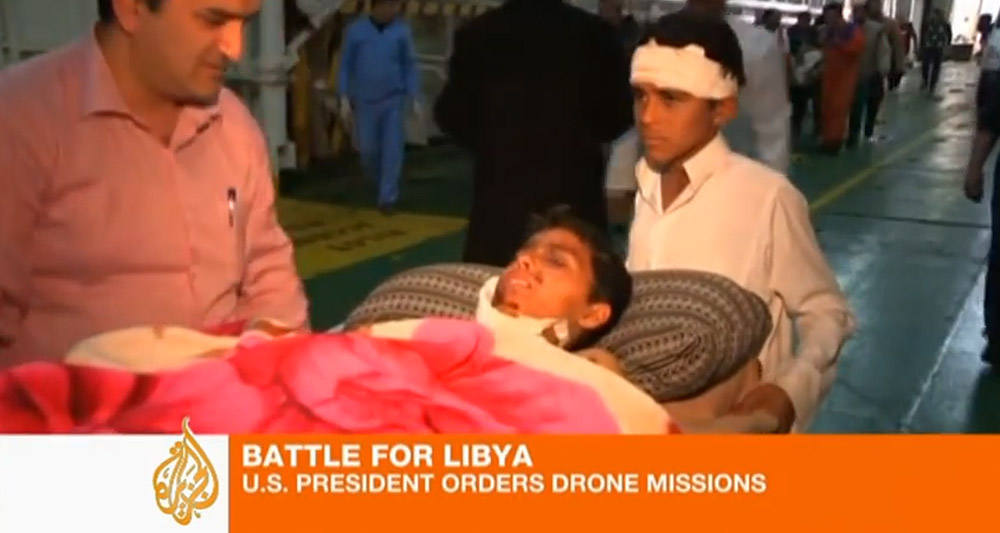 Whether you believe the circumstances that led to any of these conflicts were warranted or not, one thing is for certain – the Left really, really love their wars. Many of us are old enough to remember when Barack Obama promised that U.S. forces would spend only 2 weeks in Syria, which then turned into a years-long stay.

Of course, there’s the obvious, irrefutable fact that if a Republican were U.S. President right now, every Leftist, including Sean Penn, would stand in staunch opposition to U.S. involvement in the form of military and fiscal support for Ukraine. Anyone who claims otherwise is a poor gaslighter. 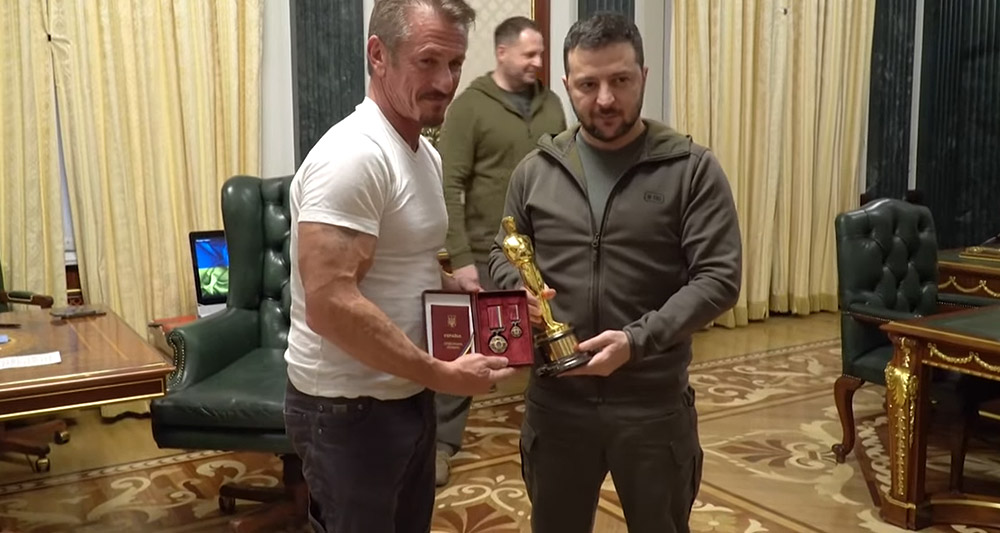 The true irony of the Sean Penn story is how it displays the image of the Left’s self-gratification and chronic narcissism, projected outwards through the most vulgar and immature behavioral patterns. Penn didn’t give Zelensky his Oscar…he lent him his Oscar. That alone is worth the price of all the scorn he’s currently receiving.

Zelensky, for his part, refused to accept the Oscar, probably whilst staring cross-eyed at the A-list imbecile sitting opposite of him. “No, Sean! That is yours!” the President can be heard saying, prompting Penn to pour his heart out over how it would make him feel more ready for “the fight.” 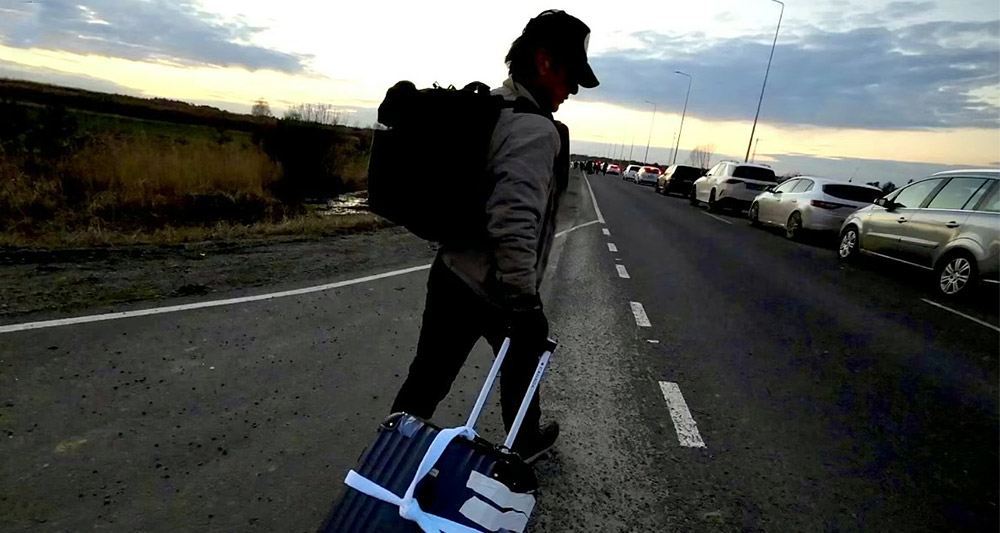 Sean Penn walks from Ukraine to Poland, posted on his Twitter page

What fight, exactly? Again…rather than pick up arms and take the fight to the “Ruskies” while knee-deep in Ukraine, shooting a documentary back in February, he made a beeline for Poland, presumably to hop a plane back to the safety of his gated mansion.

That’s not to say the actor hasn’t done a lot of good through his philanthropic work. He started the non-profit charity group CORE (Community Organized Relief Effort), which has done some real on-the-ground work in places like Haiti, following that country’s earthquake in 2010. 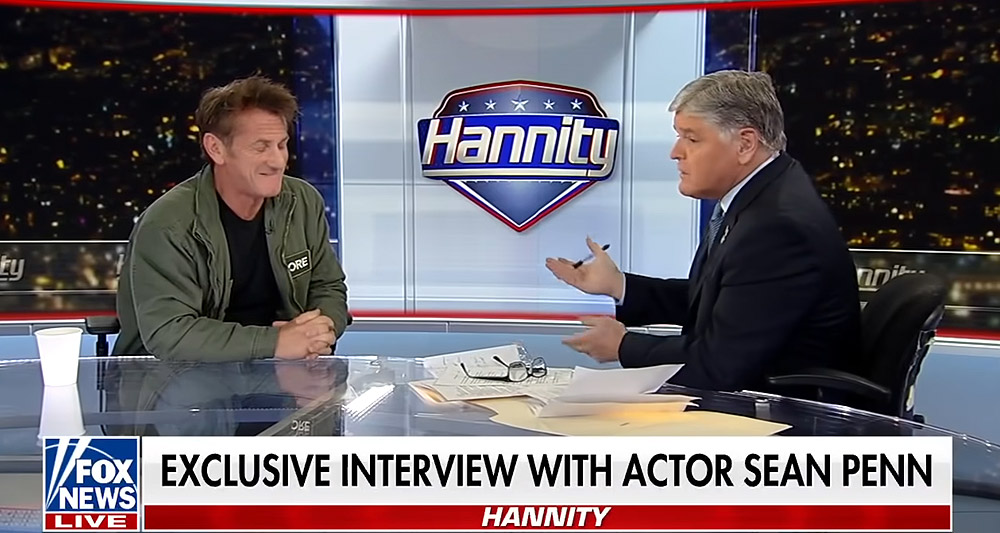 That’s all well and good, and nobody needs to give a pass to the actor’s personal foibles in order to give him a salute. Similarly, Penn deserves praise for having a polite and cordial discussion with FOX News’ Sean Hannity back in April, whilst simultaneously throwing much-deserved shade at what he called the “salacious” #MeToo movement.

However, it takes an eye-watering amount of gall to stroll into a war-torn country fighting against an oppressive regime, and contribute an Oscar statuette to “the cause.” During the exchange, Zelensky appears both confused, and slightly insulted, and none of it is unwarranted. 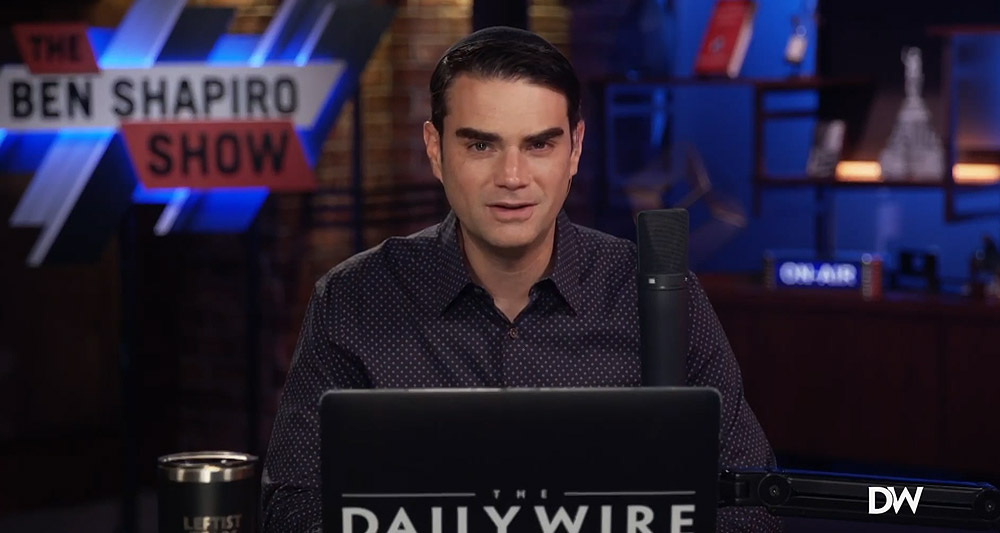 Conservative pundit Ben Shapiro joked about the exchange on the latest episode of his show, asking “What the hell is Volodymyr Zelensky going to do with an Oscar?” before quipping “I think he should melt it down for bullets, which would be hysterically funny. I think that’d be great!”

As the war continues, it’s obvious that a once-gallant Left are now starting to grow bored of the protracted conflict, especially since it’s contributing to economic woes that are having ripple effects around the globe. That won’t stop certain celebrities like Sean Penn from milking it for all it’s worth, however. 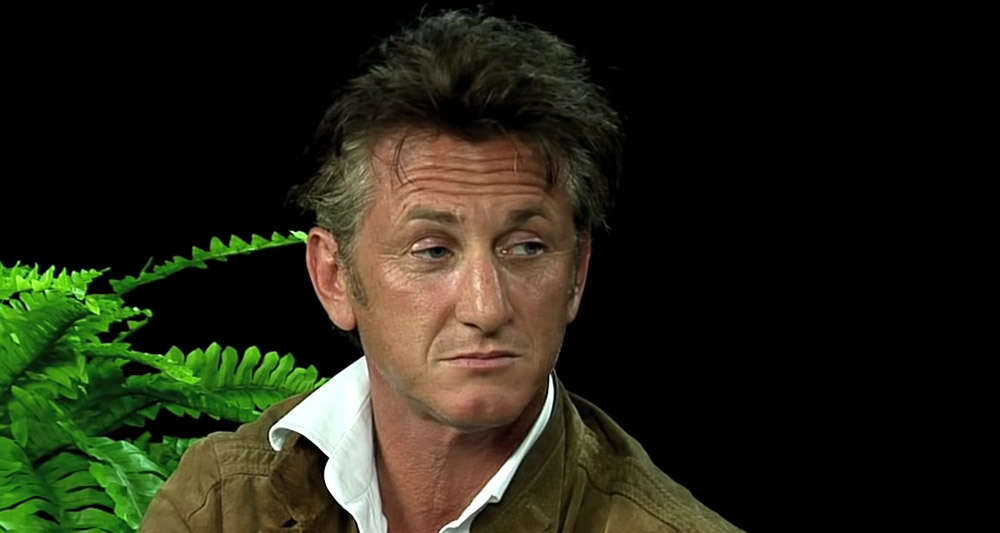 In the meantime, normal people with lucid thought patterns unclouded by virtue-signaling Left-wing narcissism will simply shrug and shake their heads at this latest display of immature buffoonery. It’s yet another reminder of just how out-of-touch the Leftist establishment really is, and why their ideology is hemorrhaging support.