In light of recent rumors that Phoebe Waller-Bridge would be stepping up to replace Harrison Ford as the franchise’s titular hero following his final outing in the role, Indiana Jones 5 director has denied that such a development was ever in the cards for the upcoming sequel. 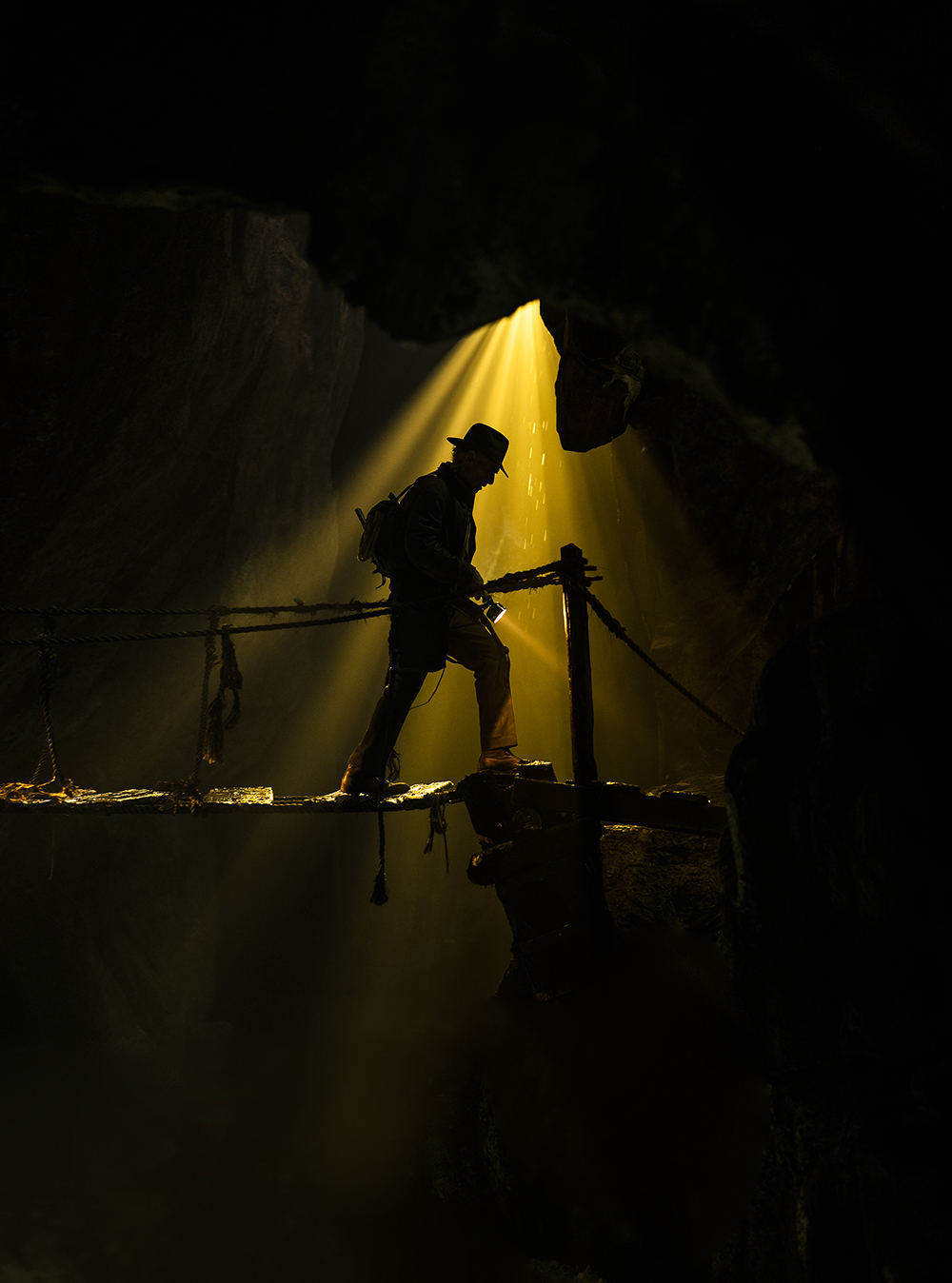 The most recent whispers that Disney would be return to the bottom of their creative well with Indiana Jones 5 were first brought to public attention on November 7th, courtesy of YouTuber Overlord DVD, a.k.a. Doomcock.

Announcing to his audience that test screenings were reportedly “a nightmare”, the masked scooper explained that, according to his sources, ” Disney has had test screenings of not one, but six different endings, and not a one can get a good audience score.”

“We’ve been told out of the six endings they tested the best one gets a 35% approval from test audiences,” Doomcock explained, before noting that “Bridge put the hat on in every ending.”

“All my spies actually said was Phoebe Waller-Bridge puts on Indy’s hat, takes Indy’s whip, and in a brave and stunning display of girl power she becomes the besest Indy evar at the end of all six version of the movie,” he concluded. 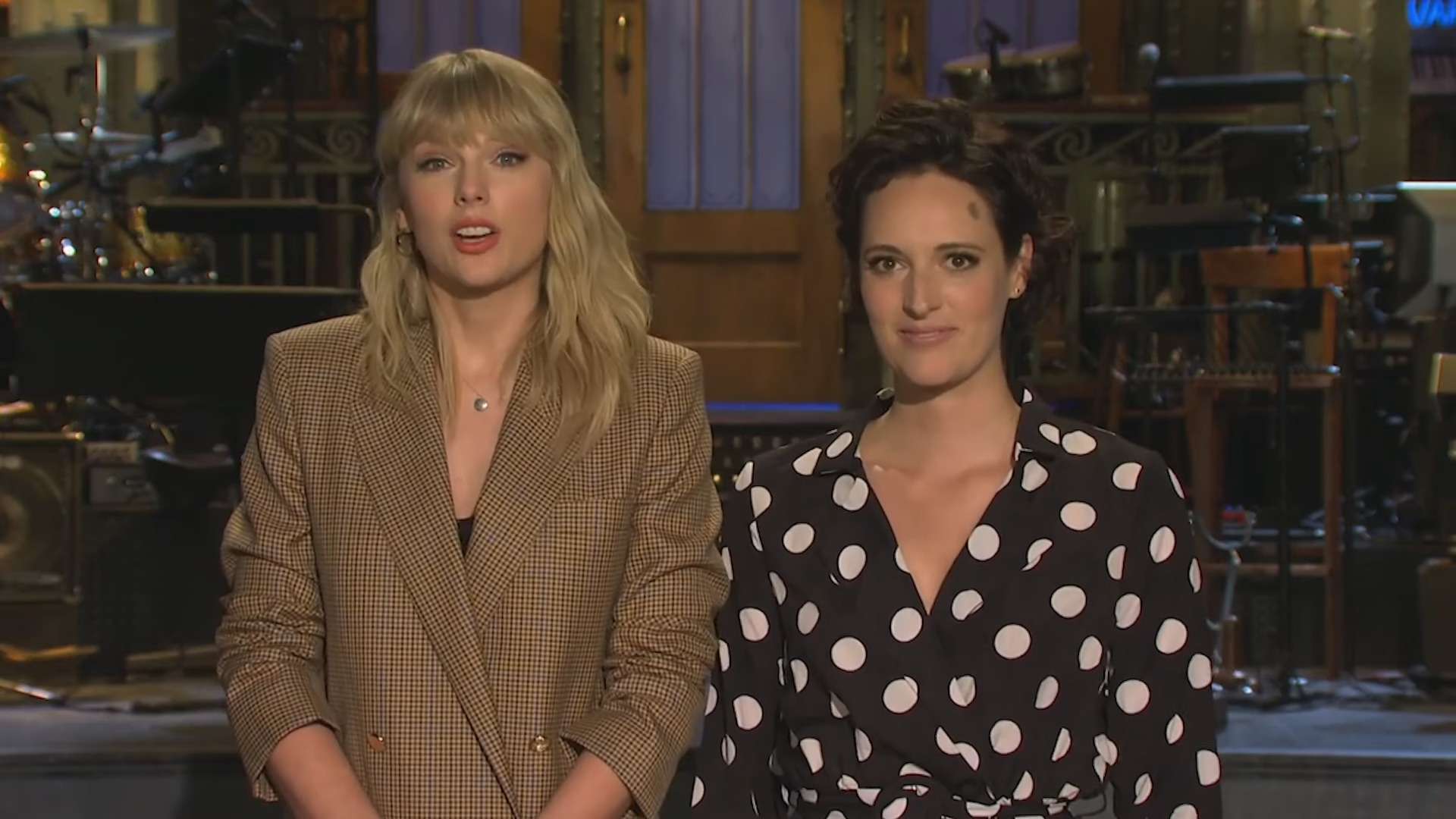 On November 10th, clarification regarding these rumors was finally requested from the director himself.

Taking to Twitter, user @GusHendenborg tagged both Mangold and producer Frank Marshall to ask, “have there been test screenings of Indy V yet? Rumours are flying.”

In turn, Mangold asserted, “Nope. Haven’t been any screenings at all.”

Mangold was then approached by @suntory_peach, who shared a report from entertainment news outlet World of Reel regarding the film’s supposed torch-passing ending and asked, “Any comment on this? Awful, if true.”

Finally, Mangold closed out his time addressing the topic by acknowleding @WedgeDAntilles’ response of “No but you’re wrong, BasementDweller46 said that KK personally replaces Indiana Jones with a woman in the movie and test screening audiences HATE IT“. 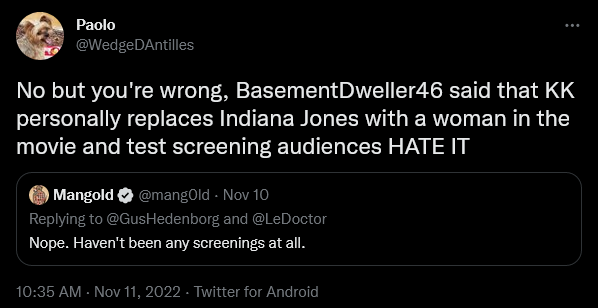 Seemingly missing the user’s sarcasm, Mangold earnestly answered. “Well, Paulo, it’s up to you who you believe — an anonymous troll named ‘basement dweller’ & ‘Doomcock’ or the actual director of the film.”

“No one will ever replace Indiana Jones,” concluded the director. “Not in any script. Not in any cut. Never discussed.”

Indiana Jones 5 is currently set to swing its way into theaters on June 30th, 2023.

Source: Indiana Jones and the Kingdom of the Crystal Skull (2008), Lucasfilm Ltd.