In the opinion of esteemed anime director Makoto Shinkai, should he attempt to make his critically acclaimed and fan-favorite film Your Name in a post-#MeToo world, one of the film’s most memorable scenes “would be judged as unacceptable by audiences today.” 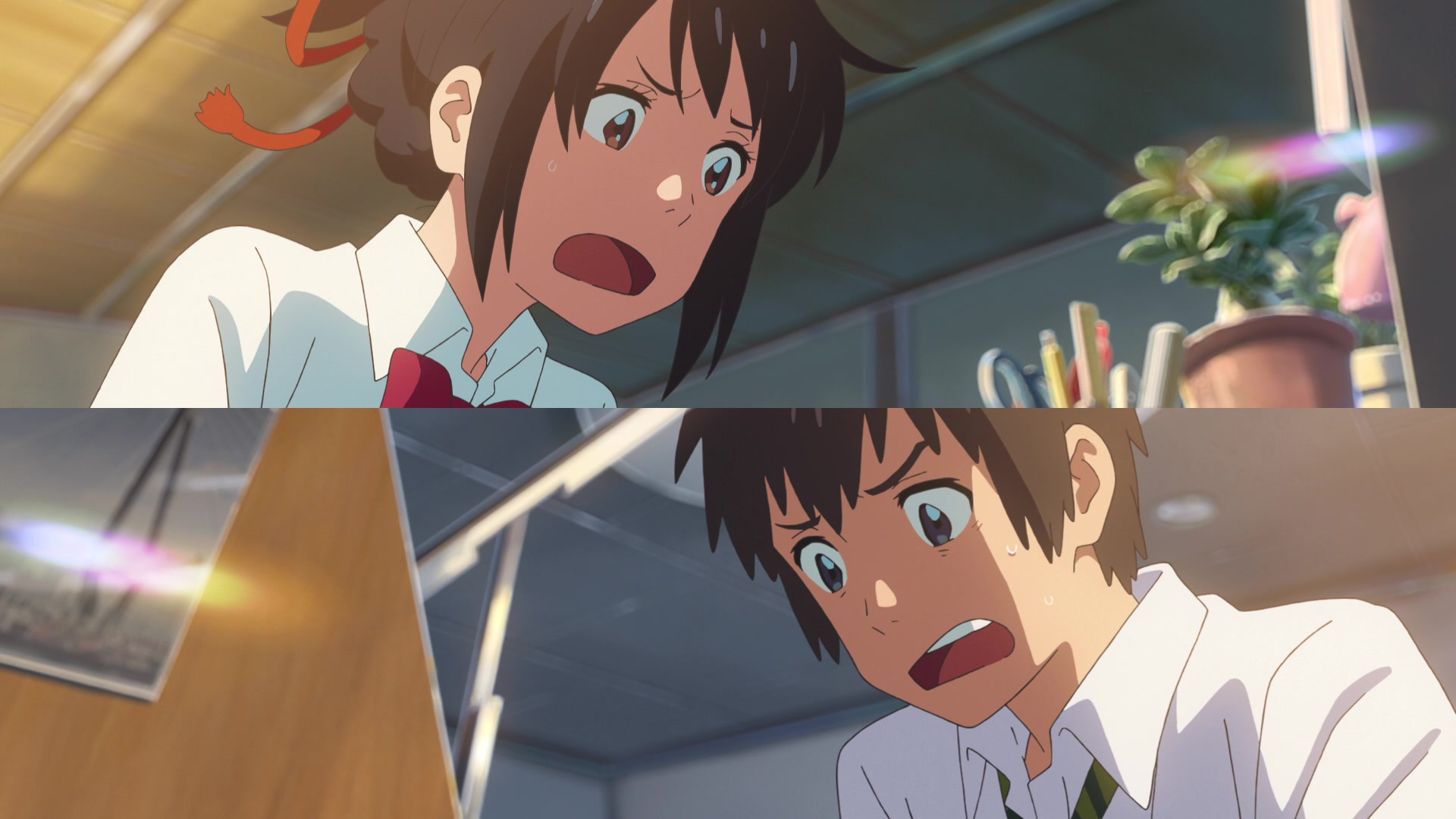 Taki (Ryunosuke Kamiki) and Mitsuha (Mone Kamishiraishi) review the recaps left behind by the other during their first body swap in Your Name (2016), Toho via Blu-ray

Shinkai, perhaps best known as the creator, writer, and director of such well-regarded anime productions as 5 Centimeters per Second and Weathering with You, reflected on the current state of entertainment during an interview with Shueisha’s Weekly Playboy magazine (no relation to the American publication of the same name). 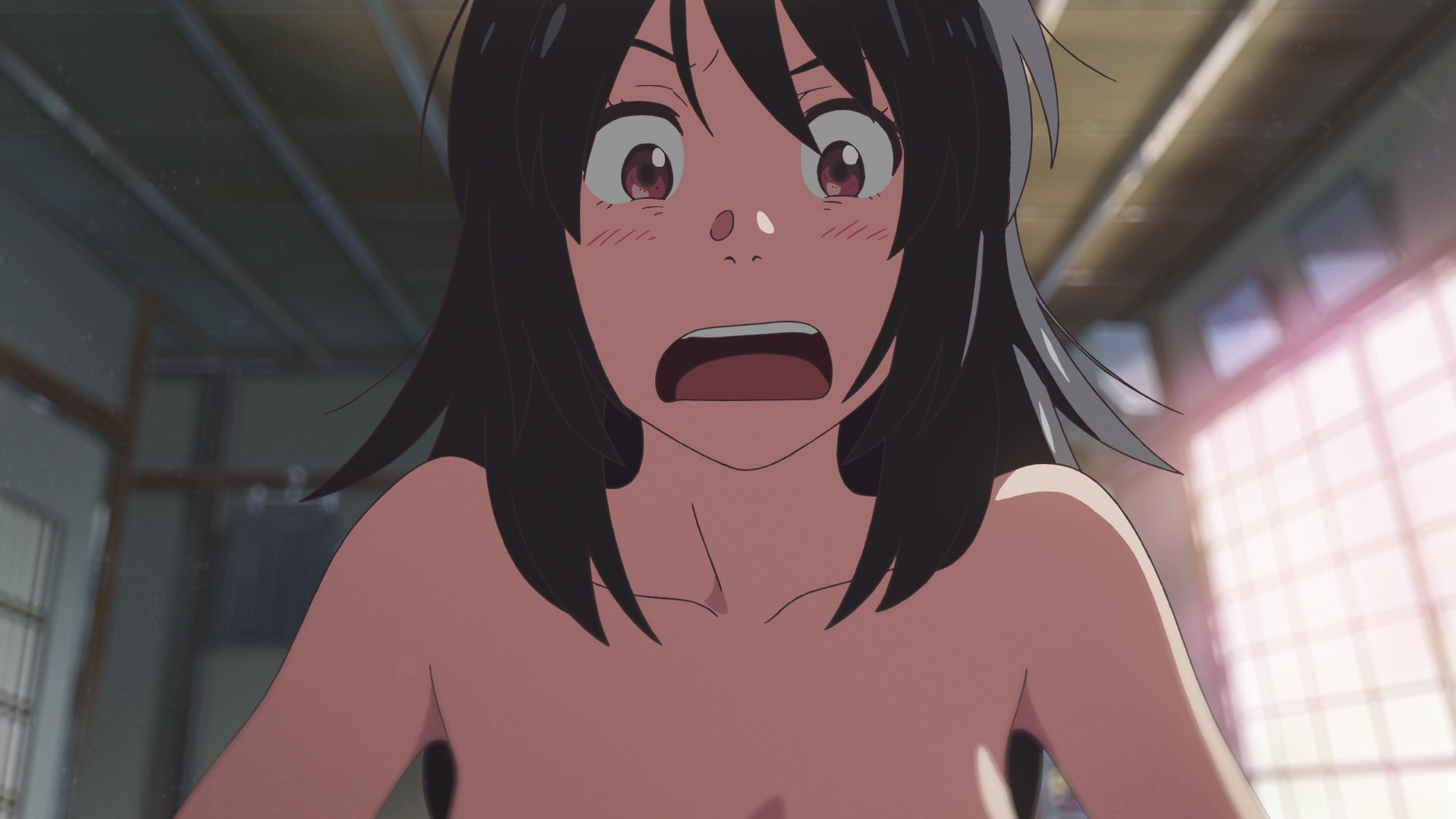 Taki (Ryunosuke Kamiki) is shocked to discover he no longer looks the same as when he went to bed in Your Name (2016), Toho via Blu-ray

Speaking with the outlet in promotion of his new film, Suzume no Tojimari, Shinkai was eventually met with the observation from his interviewer, Weekly Playboy’s Yuji Takematsu, that (via DeepL), “one of the key points in this film is that the adolescent virginity that is characteristic of director Shinkai is gone, but not in a good way.”

“I have no intention of intentionally changing the style of the film, but I think that the acceptance of entertainment has changed a lot over the years,” the director solemnly admitted. “For example, the year after the release of “Kimi no na wa was released, the ‘#MeToo movement'” took place in the film industry, and this led to various changes in the mood of the times. 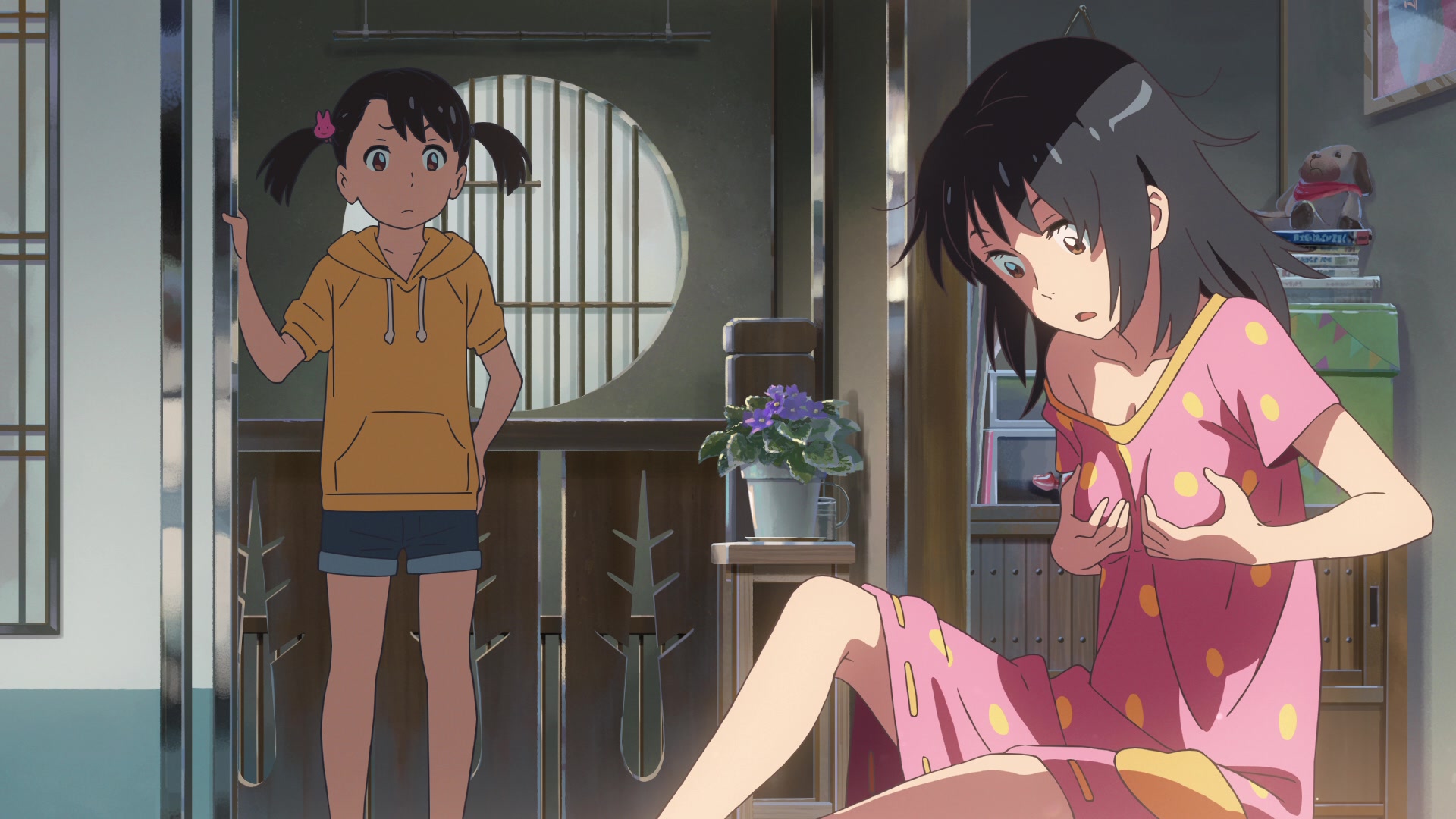 A confused Yotsuha (Kanon Tani) looks as Taki (Ryunosuke Kamiki) explore his new body in Your Name (2016), Toho via Blu-ray

Released in 2016, Kimi no na wa (Eng: Your Name) tells the story of two high school students, rural shrine maiden Mitsuha Miyamizu and city boy Taki Tachibana, who one day awaken to find themselves trapped inside the other’s body.

Eventually coming to terms with their connection, all the while slowly falling love, Mitsuha and Taki’s unique ability eventually draws them into a plot to save the planet from impending disaster. 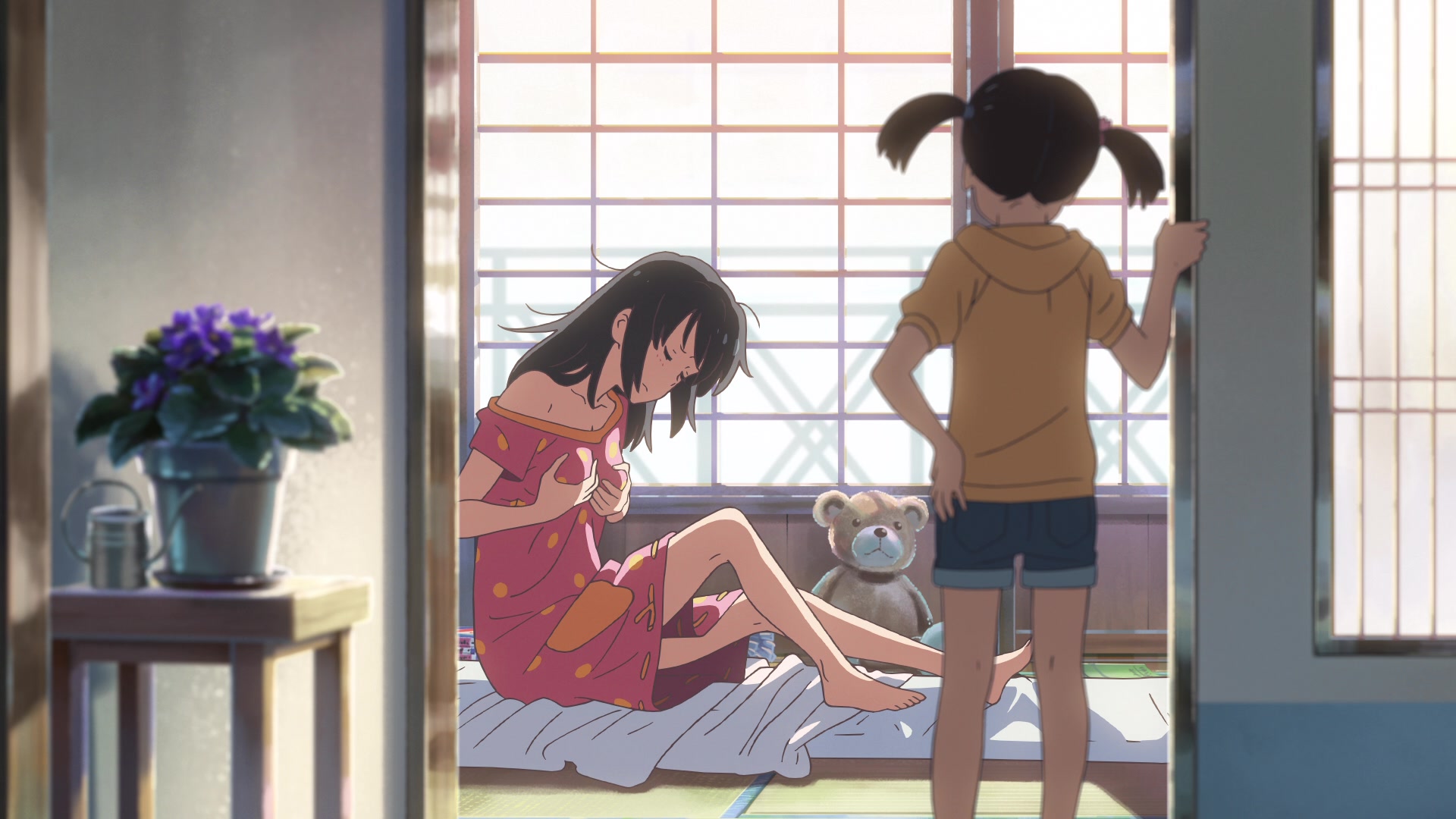 Taki (Ryunosuke Kamiki) awakens to find himself in the body of Mitsuha (Mone Kamisharishi) for the first time in Your Name (2016), Toho via Blu-ray

“If the film had released after that, I would have rejected the joke where Taki rubs Mitsuha’s breasts every time he wakes up [as her],” he continued. “It was sort of like a dream, and the scene was set up in such a way that there was no problem because it was her own body to begin with, but the audience today would have judged it as unacceptable.”

Yotsuha (Kanon Tani) catches her sister – whose body, unbeknownst to her, is currently inhabited by Taki (Ryunosuke Kamiki – playing with her chest for a second time in Your Name (2016), Toho via Blu-ray

“So, from now on, whenever Kimi no na wa is broadcast on TV, I have to worry about what people will think of it,” he laughed as he concluded his thoughts on the topic. “That’s how much the permitted and unpermitted expressions have changed in just six years.” 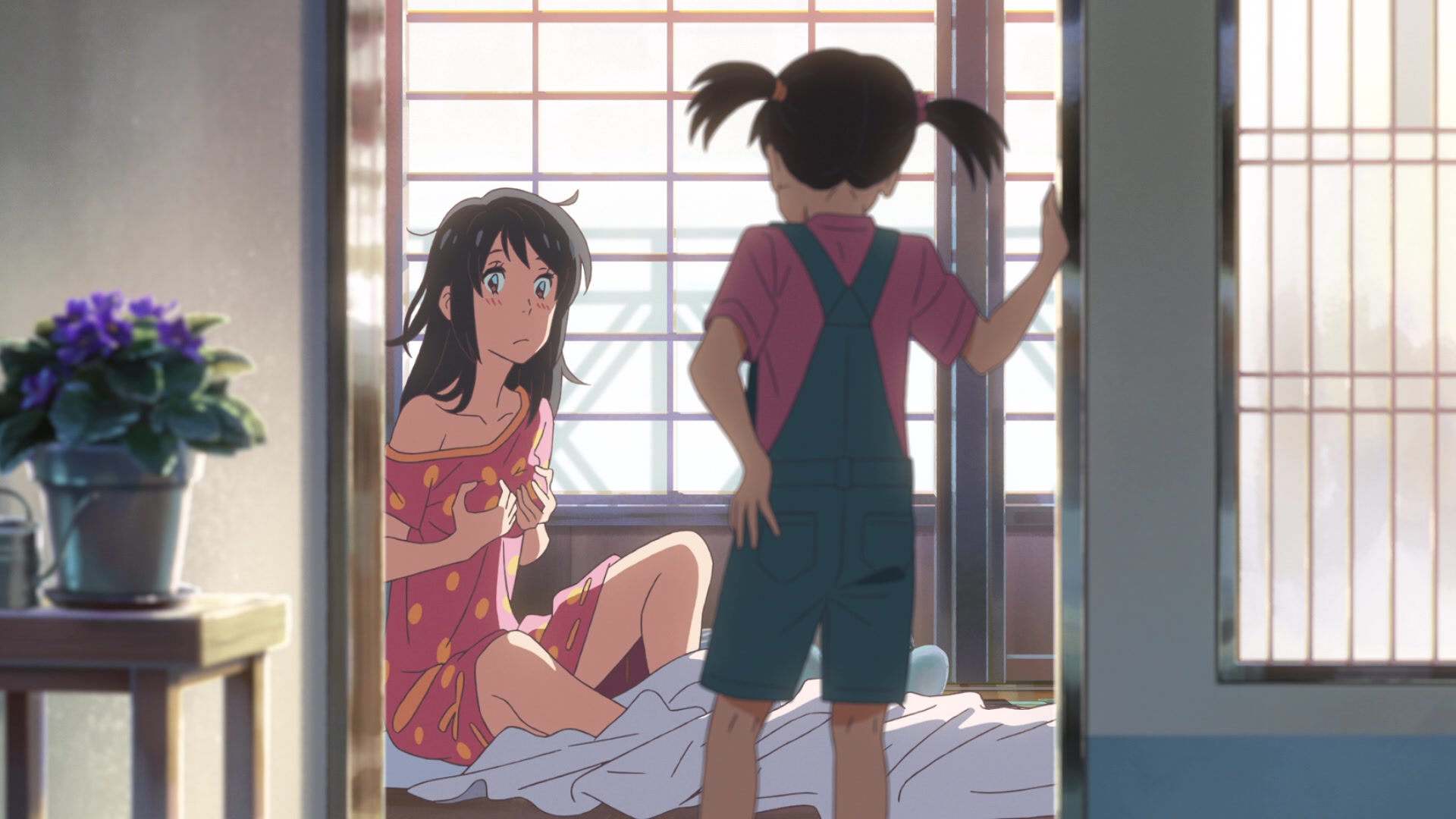 Yotsuha (Kanon Tani) walks in on a freshly body-swapped Taki (Ryunosuke Kamiki) for a third time in Your Name (2016), Toho via Blu-ray

An international theatrical release is currently slated for 2023.

Suzume Iwato (Nanoka Hara) looks on as a Door of Disaster opens up before her in Suzume no Tojimari (2022), Toho via YouTube