Emily Blunt doesn’t seem to care for Hollywood’s woke characterisation of women, as the Edge of Tomorrow and Jungle Cruise star recently revealed that she has no love for the media’s recent infatuation with the concept of the “strong female lead”.

“It’s the worst thing ever when you open a script and read the words ‘strong female lead,'” Blunt stated during a recent interview with The Telegraph. “That makes me roll my eyes. I’m already out. I’m bored.”

The actress would then opine, “Those roles are written as incredibly stoic, you spend the whole time acting tough and saying tough things.”

Major William Cage (Tom Cruise) and Sergeant Rita Vrataski (Emily Blunt) get to know each other in Edge of Tomorrow (2014), Warner Bros. Pictures

Blunt then turned to offer her character in BBC and Amazon Prime’s historical drama series The English, Lady Cornelia Locke, as an example of a substantive female character that did not align with Hollywood’s virtue signaling.

“She’s innocent without being naive and that makes her a force to be reckoned with,” said the actress. “I love a character with a secret. And I loved Cornelia’s buoyancy, her hopefulness, her guilelessness…”

Of course, though the actress only touched upon her most recent role, it is far from the first time Blunt has played a character that broke Hollywood’s contrived definition of female strength.

For example, in the live-action adaptation of Edge of Tomorrow, Blunt plays Seargant Rita Vrataski, a tough, no-nonsense military hero who instructs the film’s male lead – as played by Tom Cruise – in how to use his powers.

While on the surface this seems to fit Hollywood’s definition of a ‘strong female lead’, the Angel of Verdun actually struggles with her emotional demon, which breaks the woke trope’s standard requirement that no female characters show any negative emotion.

Another example can be found in Rian Johnson’s sci-fi action thriller Looper, wherein the actress plays a single mother protecting her telekinesis-controlling son from an assassin — played by both Bruce Willis and Joseph Gordon-Levitt — who is sent to kill him.Again, while for all intents and purposes Blunt’s character should fit the role of ‘strong female lead’, yet is regularly dismissed due to her story revolving around her motherly responsibilities – another topic regularly eschewed by Hollywood. 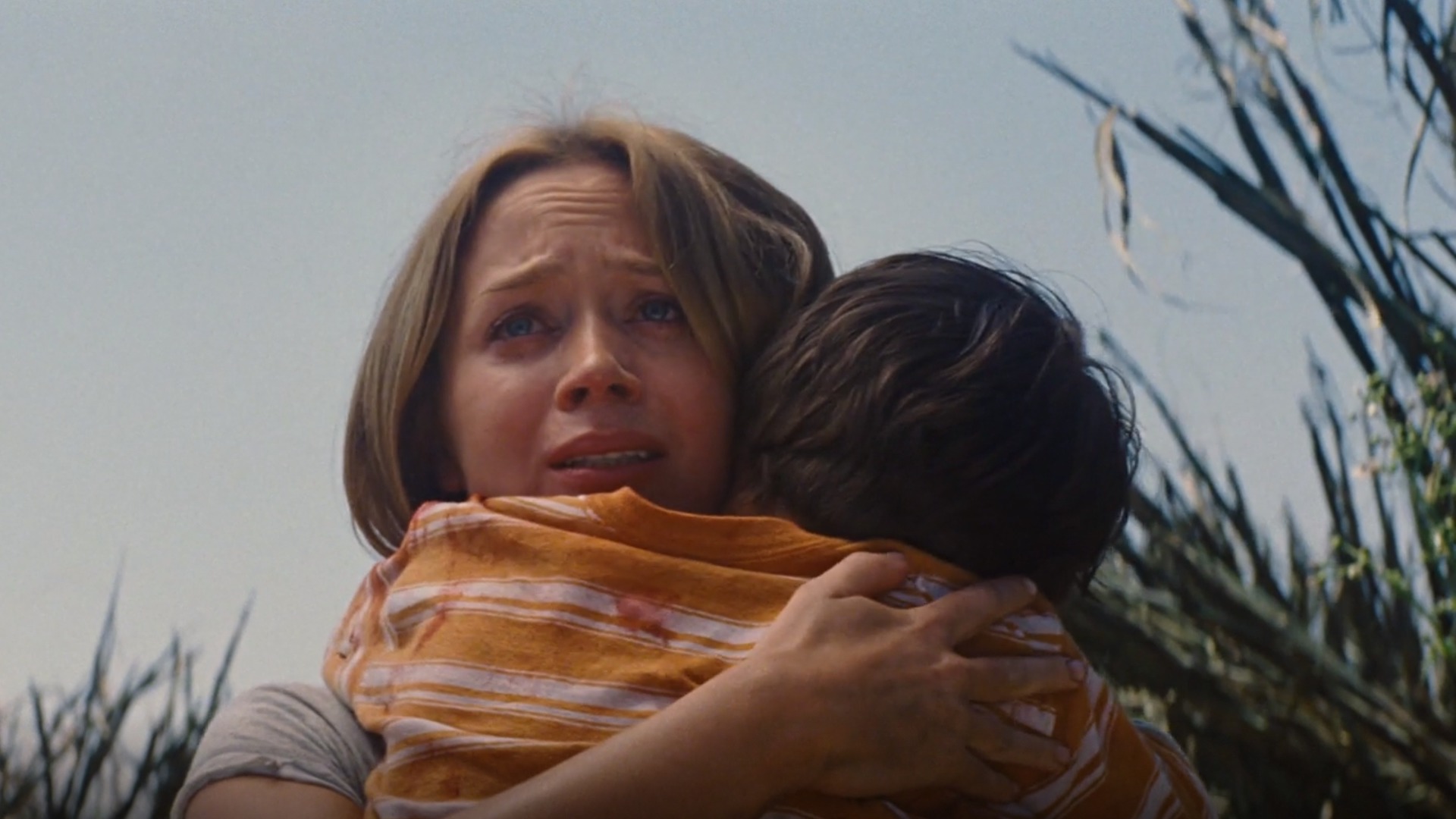 RELATED: ‘She-Hulk’ Director Kat Coiro Says Production Team Wanted To Make The Series “About A Woman Navigating Sex But Also Something That Everybody Can Enjoy, Including Children”

Interestingly, Blunt isn’t the only actress who has come forward to denounce the “strong female lead” in Hollywood.

Decrying ther concept as “reductive’ during an August interview with The Guardian, She-Hulk: Attorney at Law star Tatiana Maslany dismissed the concept as, “It’s just as much a shaving off of all the nuances, and just as much of a trope.” 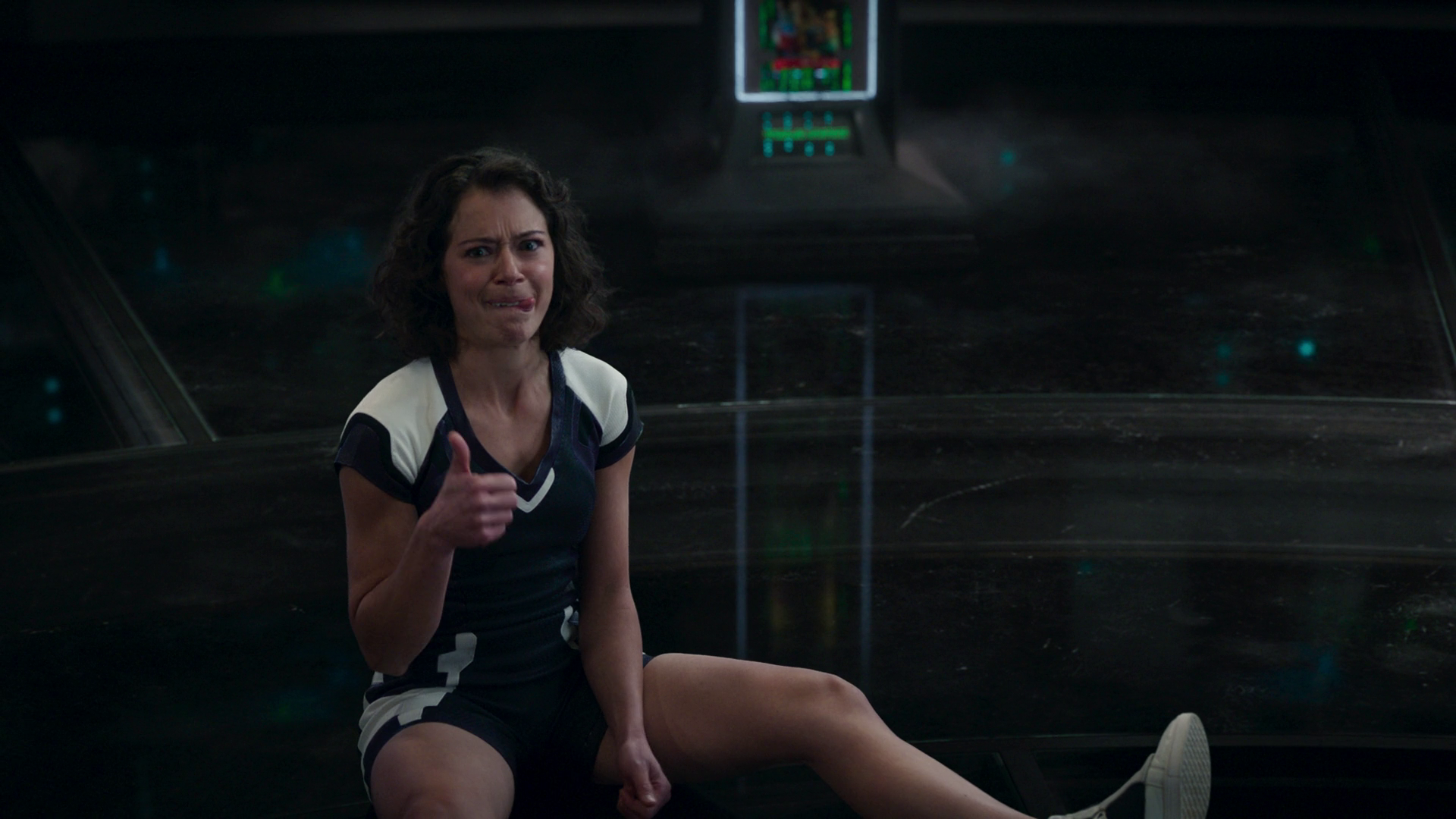 “It’s a box that nobody fits into,” she said. “Even the phrase is frustrating. It’s as if we’re supposed to be grateful that we get to be that.”

Ironically, despite Maslany’s apparent distaste for the trope, her portrayal of the title character in Marvel’s widely-panned ‘comedy’ series has been severely criticised for checking every single box in the “strong female lead” category. 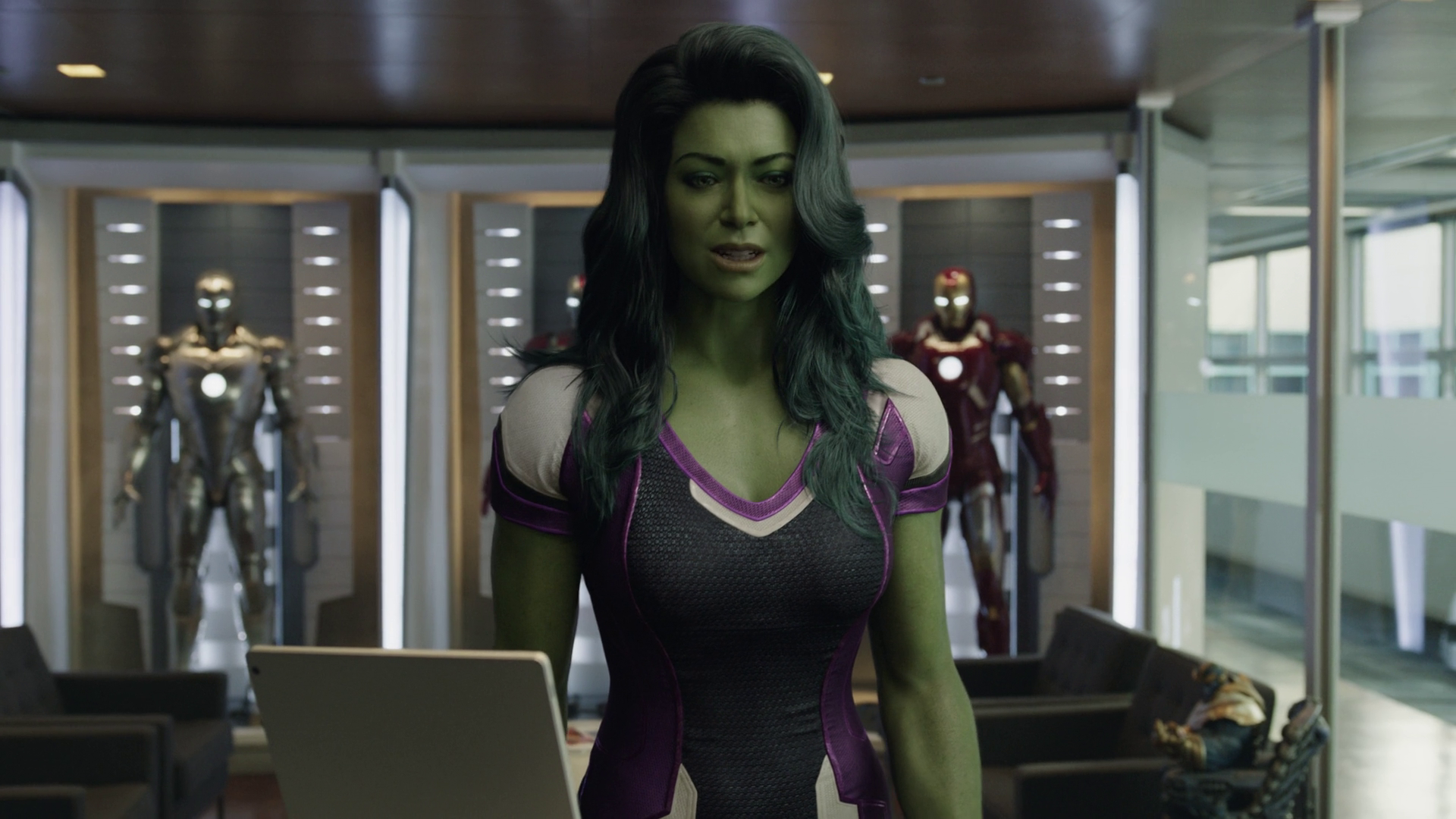 She-Hulk (JTatiana Maslany) breaks the fourth wall and makes a visit to the real-world Marvel Studios in She-Hulk: Attorney at Law Season 1 Episode 9 “Whose Show Is This?” (2022), Marvel Entertainment via Disney Plus

Bounding Into Comics’ very own Jacob Smith even pointed out the writers’ inability to write Jennifer Walters and her alter ego as a strong character in his review of the show’s first episode, , asserting, “A good writer knows great dialogue between strong characters can mean the difference between a show that lasts several seasons, or one that is canceled before it gets started.”

He went on to explain how showrunner Jessica Gao attempted to “empower” She-Hulk by assassinating the character of her cousin, Mark Ruffalo’s Bruce Banner, and making Jennier ” already better at controlling her anger than Bruce because she is a woman who deals with men every day.” 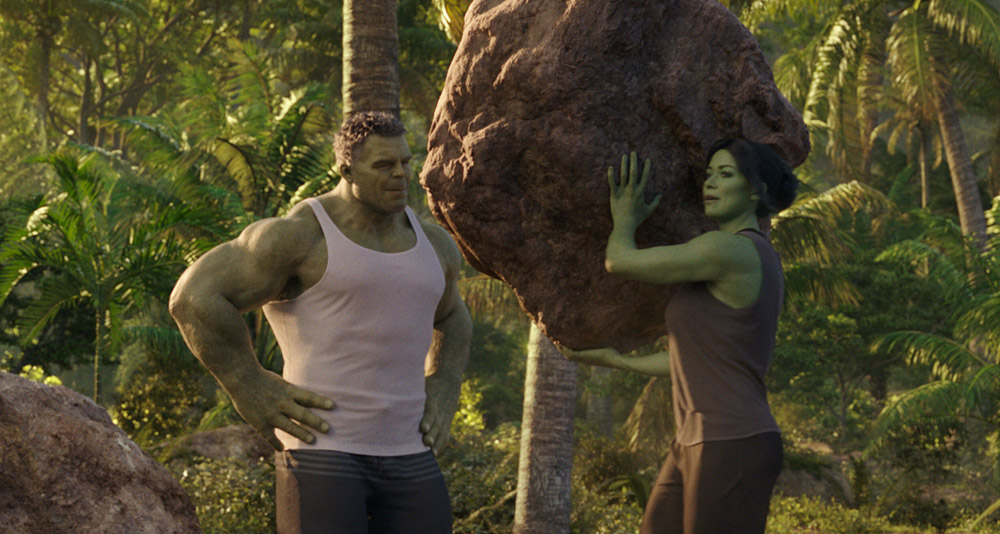 Men in Black: International and Cruella actress Emma Thompson similarly told Culture Blast, “So all the women screenwriters I talk to, I say, ‘Well, what’s the story?’ Because it’s not good enough simply to give the women the guns, and then make the women badass, as well.”

“Now women have to be badass — if they’re feminine in the way that they used to be, and they’re not badass, then they’re not welcome,” she sighed. “Also, they’re not allowed to cry, apparently, anymore, because we’ve just got to be like the men.”

She continued, “And I remember thinking, ‘Well, that’s not what we meant.’ When I got a group of women together in my thirties, and I said, ‘Okay, what’s the female heroine? Who is that? What does she do?’ Because she hasn’t got the wherewithal to do the Superman, to do the Godfather, that’s not the point. That’s not where our heroism lies. So how do we make it heroic?” 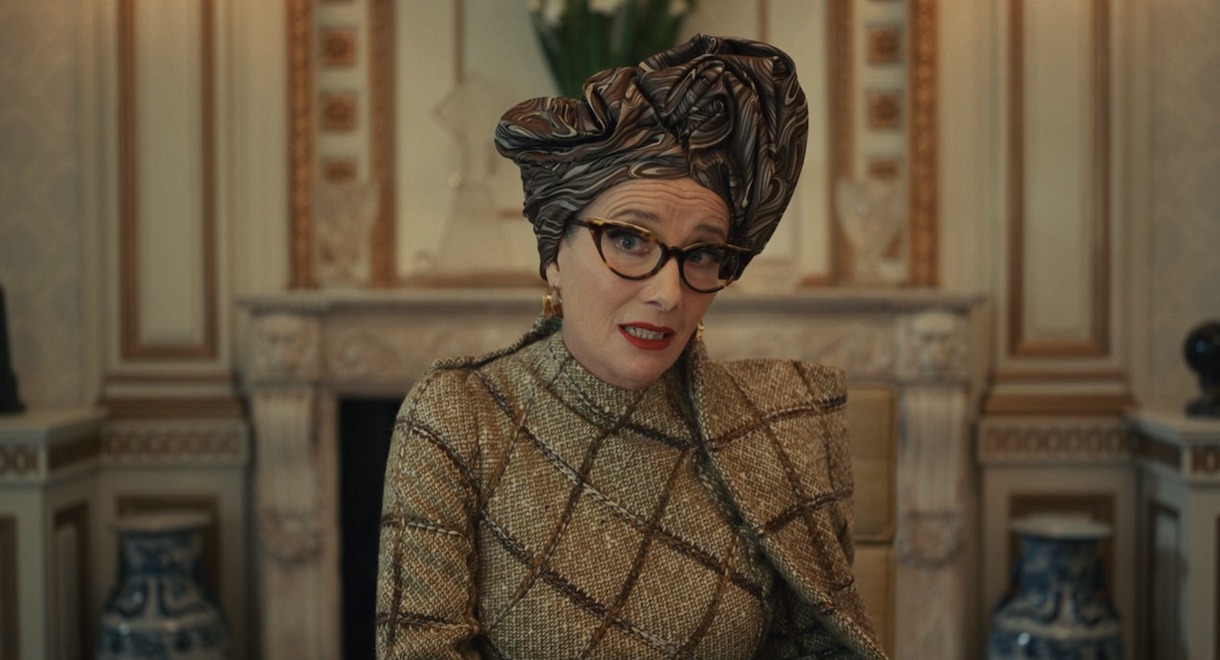 One of the most prominent offenders in this push for such stoic and unfeminine characters is Disney, who as noted above with She-Hulk have taken to amplifying their “strong, independent” female by showing them as outright better in almost every regard than their male counterparts with far less experience.

In what is arguably the most anti-climactic third act in the MCU, Carol Danvers (Brie Larson) defeats Captain Marvel‘s primary villain, her military superior Yong-Rogg (Jude Law), with a single blast despite her having just recently learned to use her powers and his having trained with his for years upon years.

Disney has also taken to shamelessly bait-and-switching their audiences in order to push these uninspired female characters, using the various Marvel films and TV shows to sideline such heroes as Loki (Tom Hiddleston), Hawkeye (Jeremy Renner), Moon Knight (Oscar Isaac), and Thor (Chris Hemsworth) in favor of a female counterpart who does everything “better” than the original hero. 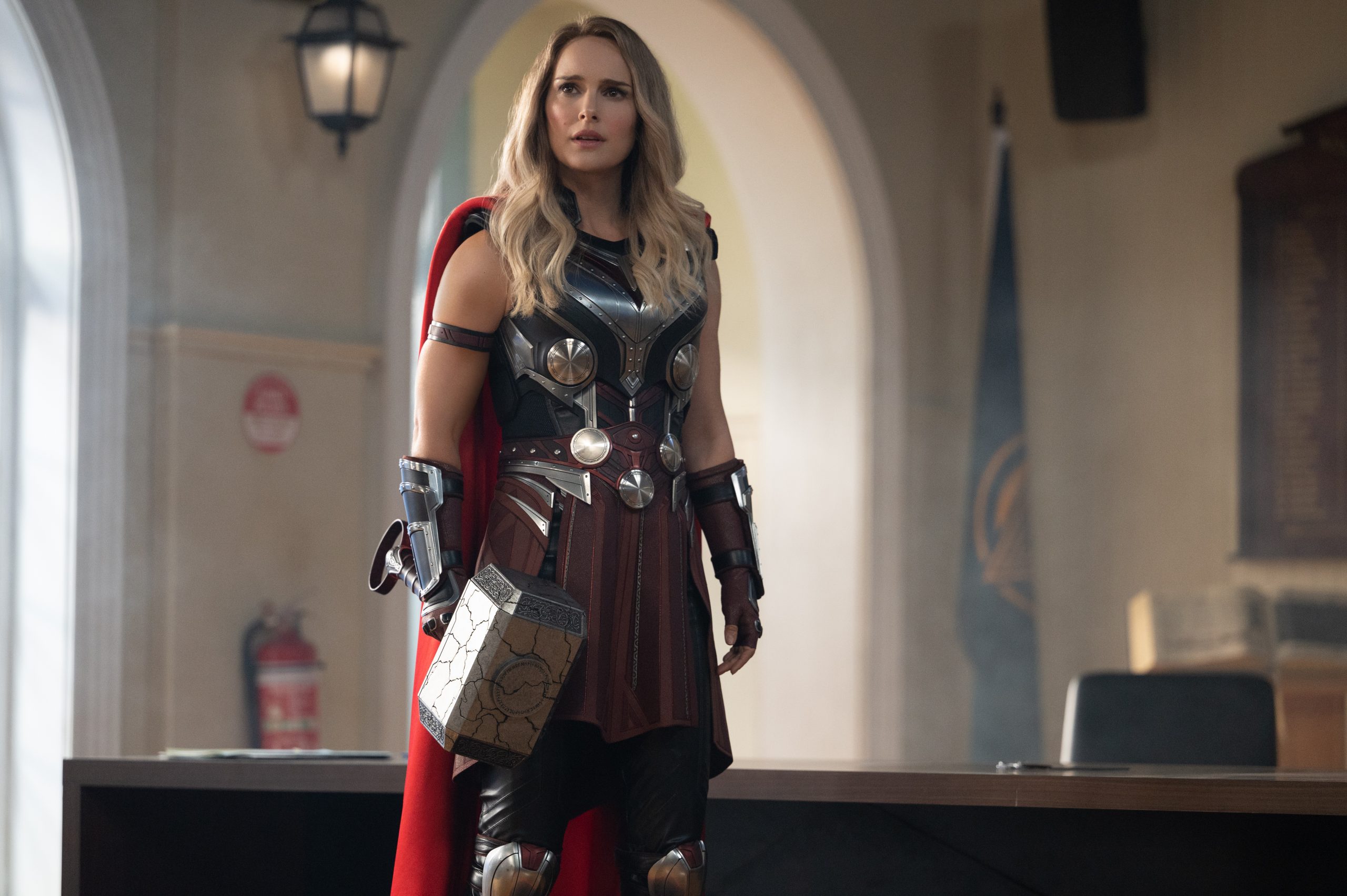 In perhaps the most shameful instance of Disney’s adherence to this philosophy, the House of Mouse even went so far as to avoid recasting the role of King T’Challa following the death of Chadwick Bosemn in favor of having his sister Shuri (Letitia Wright) take up the mantle – all of which resulted in a convoluted story that does neither character justice.

Shuri (Letitia Wright) has a parting gift for her brother T’Challa (Chadwick Boseman) in Black Panther (2018), Marvel Entertainment via Blu-ray