After successfully strong-arming Twitter away from Left-wing radicals that turned the platform into a propagandistic echo chamber, Elon Musk had promised that transparency and accountability would be major goals moving forward. It seems as if the Tesla and SpaceX founder is holding true to his word, as he’s just unleashed a slate of internal company documents proving what everyone on the Right already suspected – Twitter took its marching orders from the Democratic Party. 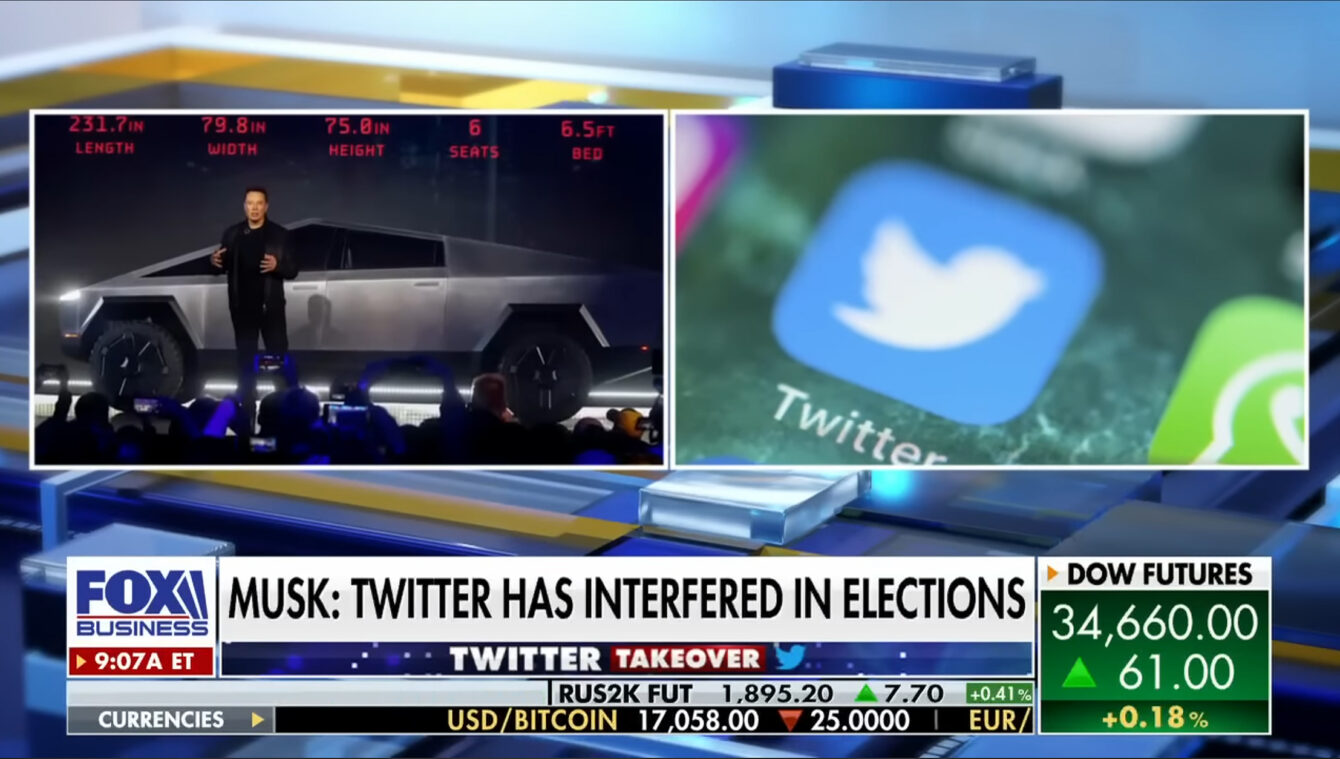 Long thought (falsely) to be the voice of free speech and civil liberties in America, the Democratic Party has since mutated into a twisted parallel of the 20th century’s most insipid and revolting fascist regimes. Indeed, the march towards fascism occurred with startling pace, and seamless cadence. Almost overnight, free speech became antithetical to the Democratic Party’s ideology. Today, it has become a major threat to party power.

Matt Taibbi’s Twitter feed is blowing up today, thanks to a series of numbered tweets that, even while I write this article, are still being populated. Taibbi breaks down the open collusion between the old Twitter guard, and the Democratic Party, the latter of which held enormous amounts of political influence in an attempt to control information, and peddle any narrative the party desired. 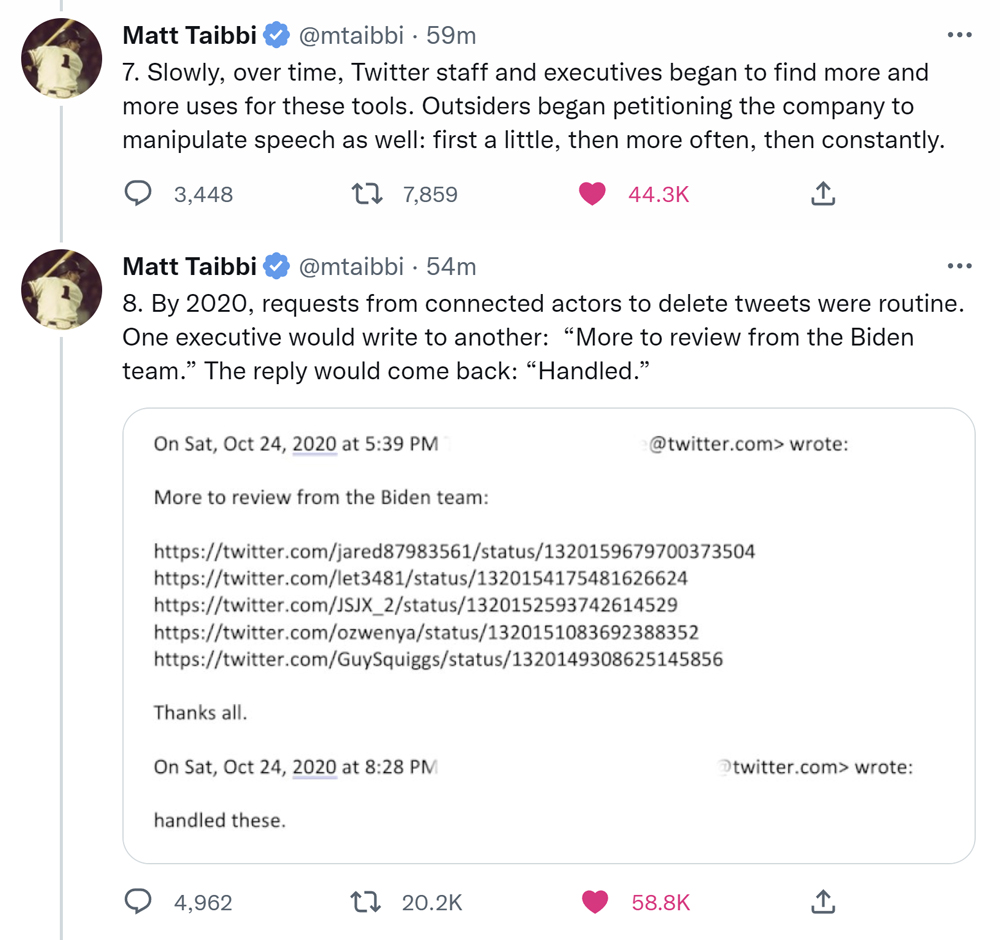 Taibbi reveals that Twitter also took direction from the Democratic Party when it came to suppressing and blocking the accounts of particular celebrities it didn’t like, such as James Woods. Taibbi states “Celebrities and unknowns alike could be removed or reviewed at the behest of a political party.” The Right-wing actor has been an important vocal critic against the predations of the censorious Left, and has never shied away from exposing their hypocrisy.

Taibbi also revealed that the censorship tools in question were available to both Democrat and Republican parties, pointing out that the Trump White House also made several such requests. However, the frequency of these requests was lopsidedly in favor of Democrats, and Taibbi points this out via party campaign contributions. 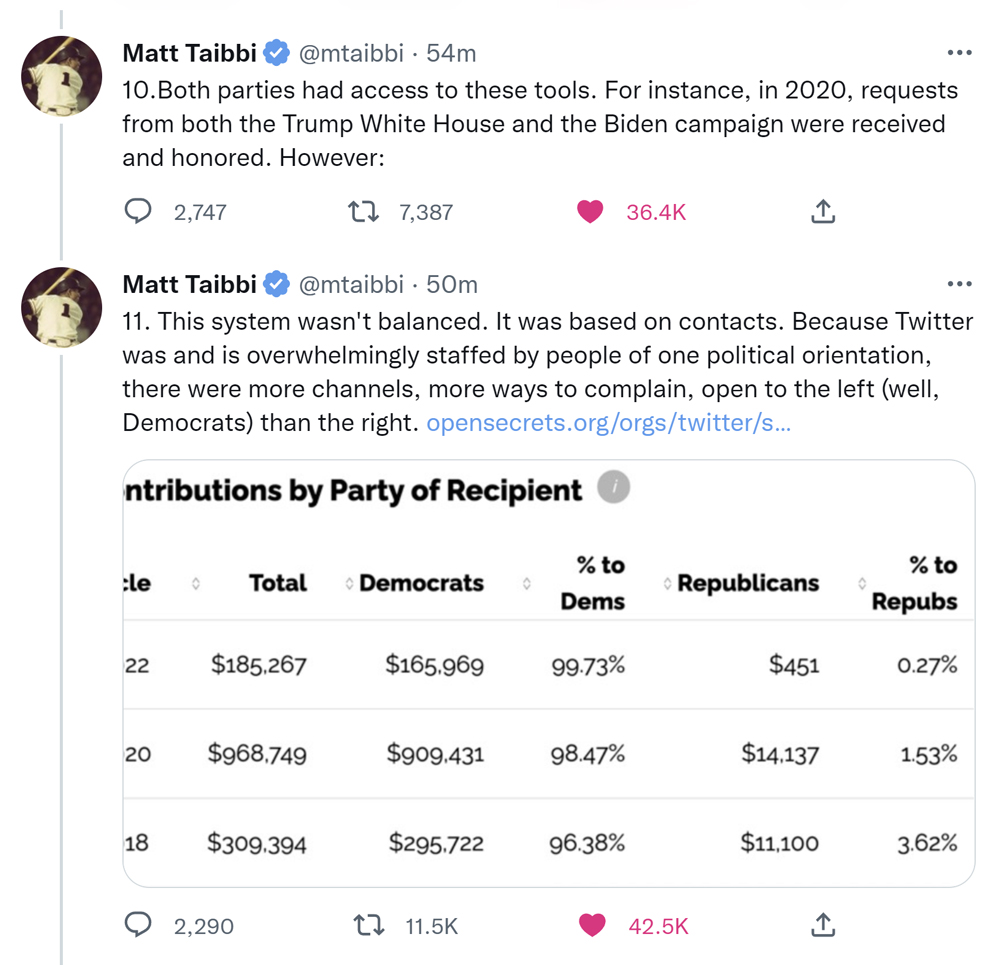 Later, Taibbi touches on the infamous Hunter Biden laptop scandal, and the efforts Big Tech – particularly Twitter – played in mothballing the story just a month out from the 2020 Presidential election. Polls have shown that if voters had known about the story beforehand, they would have changed their vote accordingly. Nevertheless, that didn’t stop Twitter. According to Taibbi, then-CEO Jack Dorsey wasn’t even made aware of the decision to bury the story, which is telling. 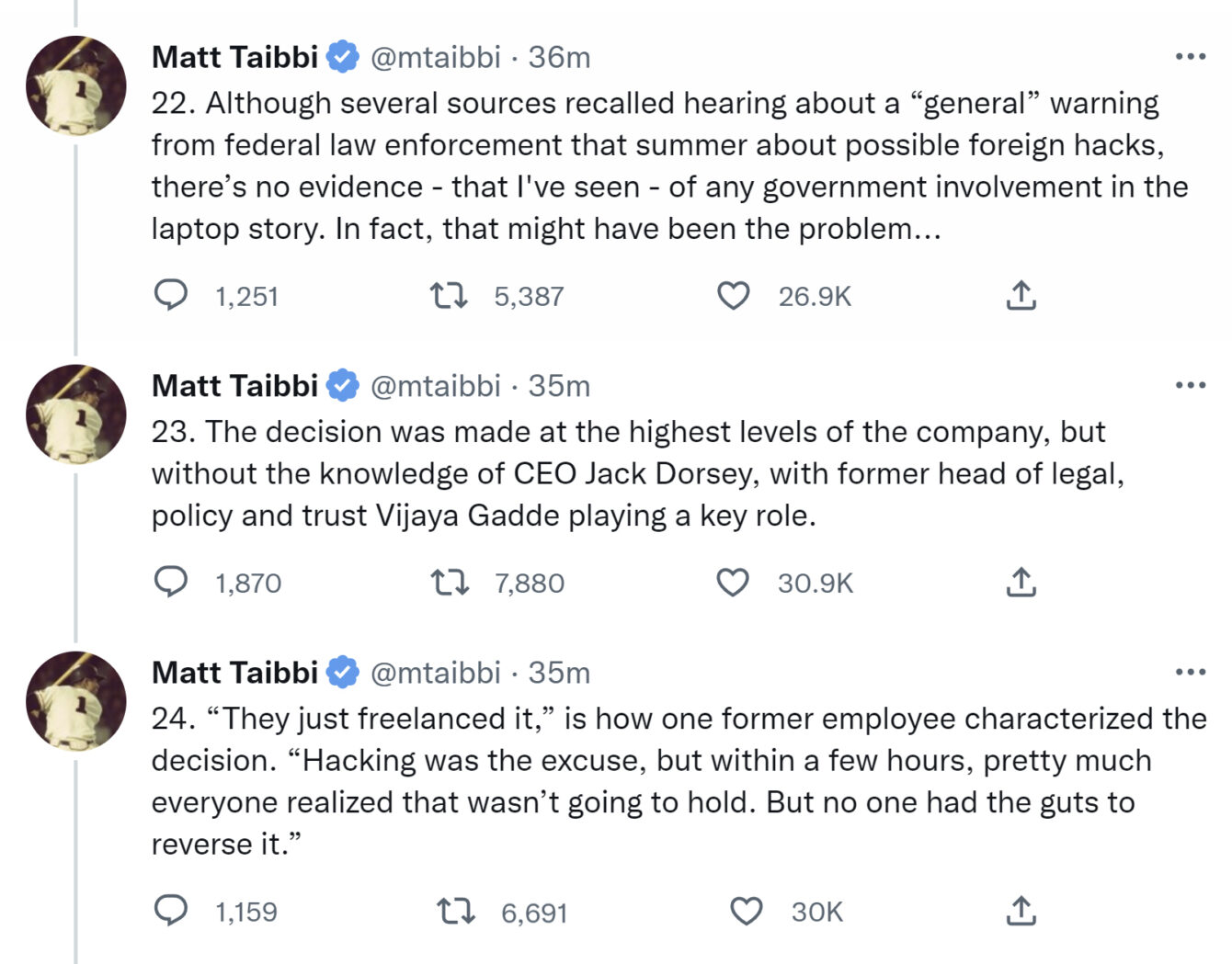 The tweet thread mentions head of legal, policy and (ironically) trust, Vijaya Gadde, as “playing a key role.” Gadde is best-known for her red-faced deflection tactics towards political YouTube pundit Tim Pool when the two, along with Jack Dorsey, shared a roundtable discussion on The Joe Rogan Experience.

The blowback against Twitter was enormous, yet Democrats either downplayed the scandal, or refused to chime in on it. In fact, according to Taibbi, the only Democrat in Congress who even mildly brought it up was Senator Ro Khanna, who is known for being one of the more reasonable and moderate voices in the party. Credit should be given to Senator Khanna for reminding Gadde that Twitter’s suppression of the story was a violation of First Amendment principles. 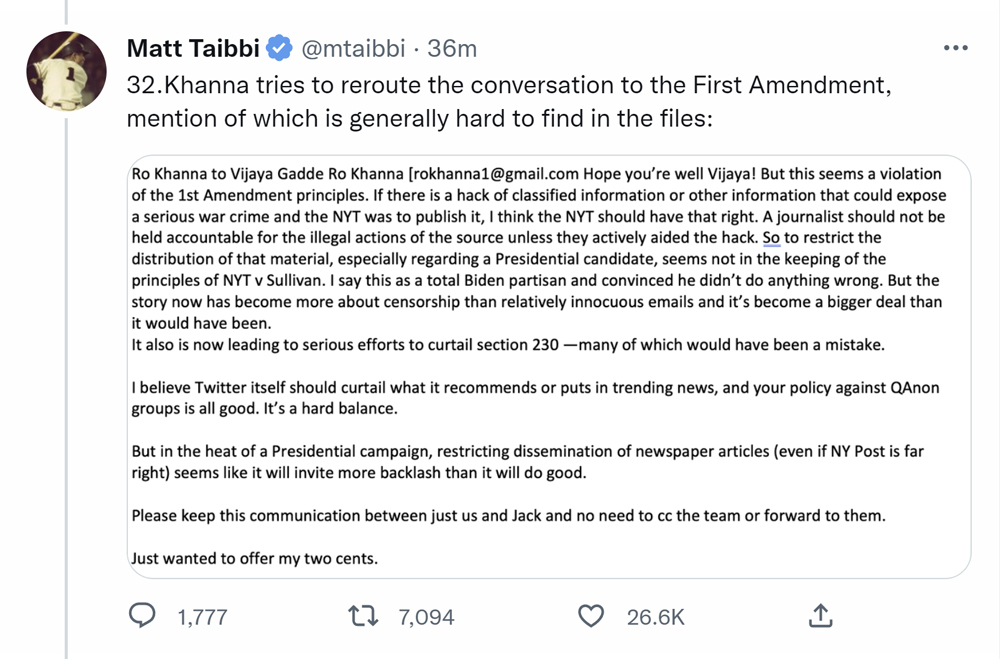 Even Peter Daou, a former Clinton staffer, was not surprised by the revelation on Taibbi’s feed. His remarks echo what a large majority of the country already thinks and knows, which just goes to show the sorry state of politics in the United States in the modern age.

Daou may be right, but the irrefutable fact is that Democrats are the party that has weaponized Big Tech for nefarious goals that go far beyond covering up the occasional embarrassing story. From their perspective, Twitter was the perfect outlet to spew anti-Right propaganda, while simultaneously letting them paint themselves in the most glamorous light possible.

Twitter, aptly dubbed the “digital town square,” was largely staffed with radicalized Left-wingers who didn’t see the Democratic Party’s march towards totalitarianism as a problem. Rather, they went along with it, grinning ear-to-ear. After the departure of weird wannabe-cult-of-personality figure Jack Dorsey – who admitted to partaking in the California-led fad of intermittent fasting, as well as “vipassana,” a “painful” 2-hour form of daily meditation – the day-to-day operations of Twitter were left in the hands of replacement CEO Parag Agrawal. 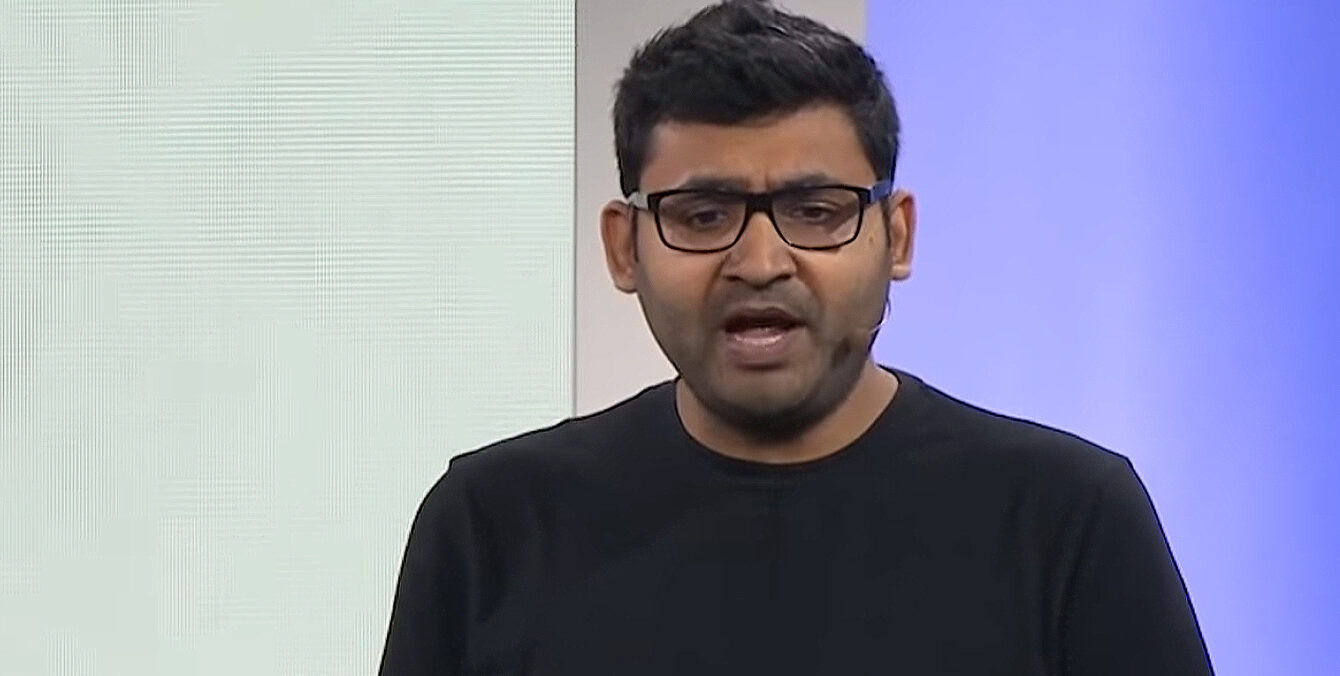 His introduction accelerated the rush towards an even stricter form of fascistic censorship and thought control, as evidenced by his own rhetoric. In 2010, Agrawal tweeted out “If they are not gonna make a distinction between Muslims and extremists, then why should I distinguish between white people and racists.” Besides the stupidity of equating a religion with a race of people, Agrawal openly admitted his anti-white racism for all to see. Nobody on the Left said a thing.

However, the now-former CEO really laid his cards out on the table in 2020 when he did an interview with MIT Technology Review, where openly and overtly stated “Our role is not to be bound by the First Amendment, but our role is to serve a healthy public conversation and our moves are reflective of things that we believe lead to a healthier public conversation. The kinds of things that we do about this is, focus less on thinking about free speech, but thinking about how the times have changed.” 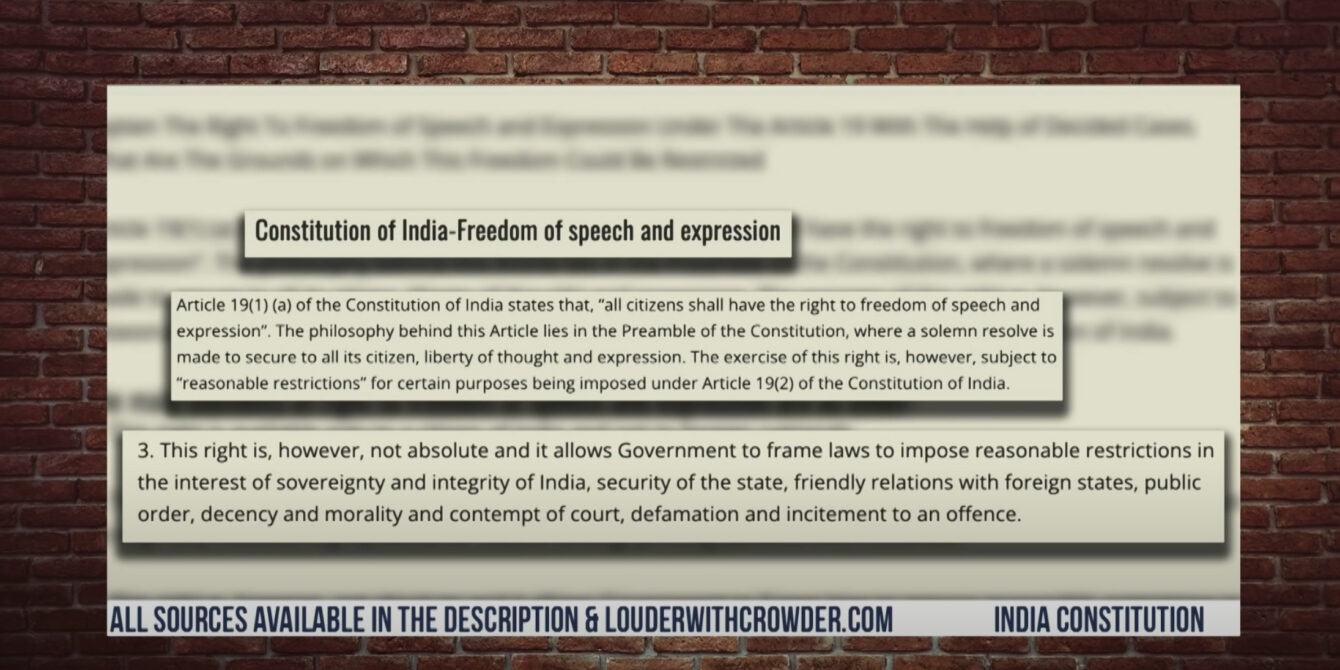 Agrawal is far from the odd man out in Leftist circles. The radicalism that has infected the Left, and the Democratic Party by extension, says this kind of thing on a routine, daily basis. Free speech is no longer the backbone of a free and fair society. Rather, it’s one side cramming down their opinions and views on everyone else, and cudgeling them by force into either agreeing, or canceling them from the conversation.

This is scary, frightening stuff, and it mimics the kind of things that the Democratic Party has been openly cheering in the last few years. The mass rioting of 2020, which spread across the country like wildfire and engulfed many of America’s Democrat-run cities and jurisdictions, was openly praised by sitting members of Congress. “Fiery, but most peaceful” became the gaslighting mantra of the year, and as the violence ticked up, Democrats buried their heads in the sand. 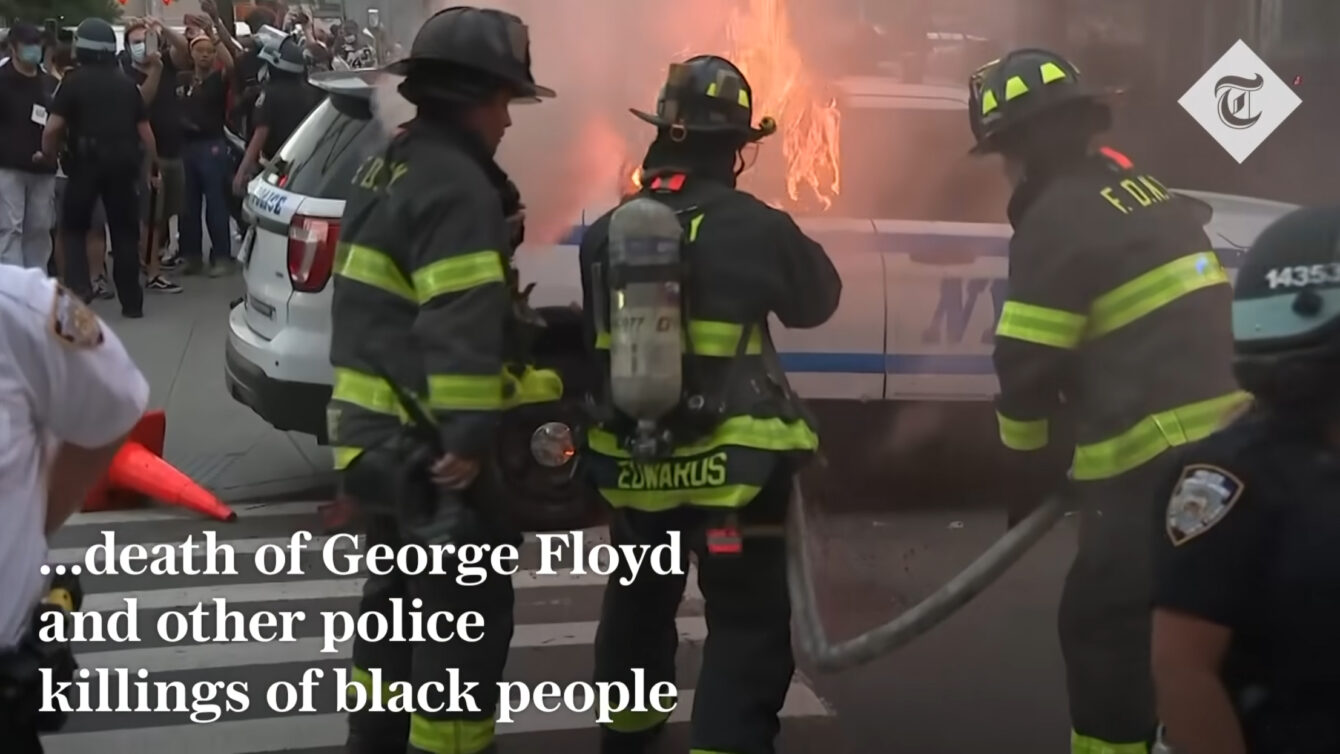 Riots break out across America’s major cities in 2020, via The Telegraph YouTube channel

Across the spectrum, the Democratic Party and the Left have moved in sequence, vomiting out incendiary and violent rhetoric that has led to civilians and police being murdered in the streets, and an estimated $5 billion dollars in uninsured property damage in the space of the last 2 years alone. The trickle-down effect, of course, has been a rampant rise in violent crimes and felonies that have become chronic in places like Portland, San Francisco, and New York, to name but a scant few.

Caldron Pool put together an excellent, eye-opening montage of the overt hate speech and calls for actual, literal violence and murder on the part of Left-wing pundits, celebrities, and members of the Democratic Party. It’s a shocking parallel of the rise of Nazi Germany and its influence over various countries who, at least in the beginning, shared in its hate-mongering. The video can be seen below:

This should frighten anyone with a moral compass, and then some. At the same time that the Democratic Party was forcing Twitter and other Big Tech giants to do its bidding – which didn’t exactly take a lot of convincing, if we’re honest – they were spewing this kind of rhetoric from multiple soapboxes across the spectrum of media and publishing.

Of course, this is nothing new. As far back as 2017, Democrats were hurling open threats against tech companies like Twitter, threatening to regulate them from the top down unless they did the party’s bidding. Under the guise of trying to crack down on “Russian propaganda,” which turned out to be a molehill instead of a mountain, Senators like Dianne Feinstein of California (of course) spread fear-mongering about foreign influence and the beginning of “cyber warfare.” 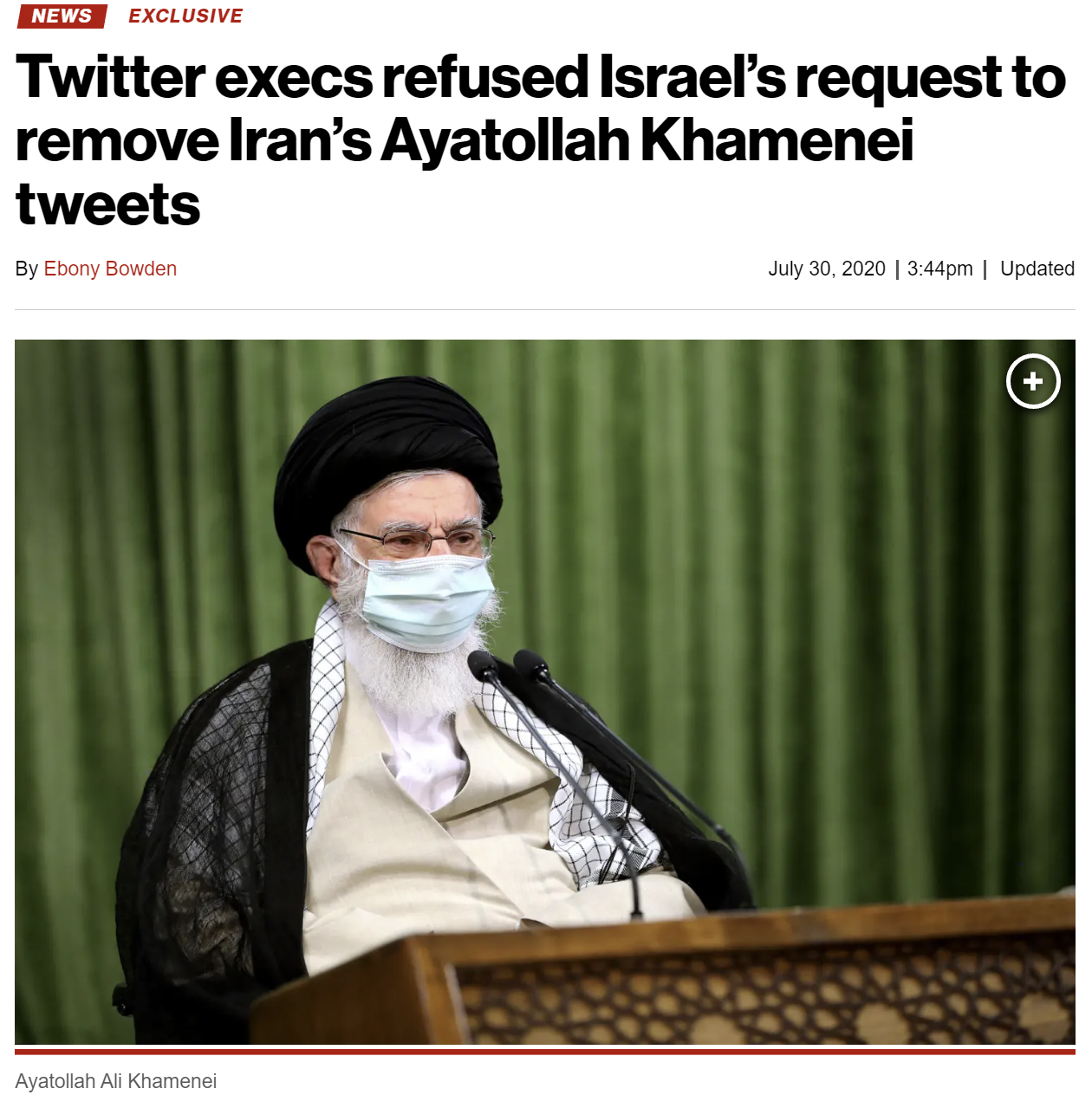 Meanwhile, the Ayatollah of Iran was allowed to hurl overt anti-semitic propaganda and calls for violence and totalitarianism from the comfort of his Twitter account, and calls for his removal were ignored by Twitter. Not a single Democrat in Congress had the stones to challenge it. Their hope, of course, was to restart nuclear talks with the terrorist state of Iran the moment the next Democrat President was sworn in.

What’s interesting about Feinstein’s threat against Twitter is that she blamed the company for allowing the very same thing that Democrats were in favor of – spreading propaganda, forging false narratives, and burying anything that might damage the party’s reputation. Democrats are no different from Putin and his thuggish government, North Korea under Kim Jong Un, Justin Trudeau’s financial control over Canadian media, or the Chinese Communist Party. 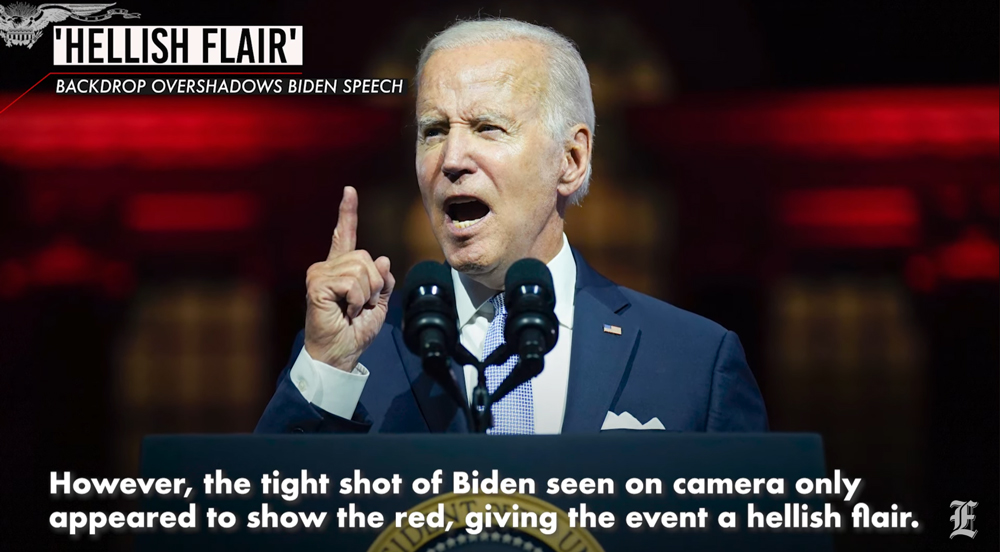 But, I digress. Under the direction of Elon Musk, Twitter has cracked open its own closet and yanked every single skeleton into the spotlight, kicking and screaming the entire way. This is a good thing, and it’s meant to shine a light on the kind of draconian imperialism being thrust upon America by a fascistic Left that seeks to mimic Communist China’s crackdown on free speech, while pushing for things like Federal cryptocurrency and social credit scores.

To summarize, I’d like to point out the altogether frightening ease at which Left-wing governments slide so comfortably into totalitarianism and tyranny, like a warm bath. History has shown time and time again that Left-wing dictators like Mussolini, Hitler and Mao Zedong built a name for themselves by creating a false façade of benevolence. Then, over time, they slow-dripped a poisonous cocktail of hatred, resentment, radicalism and violence into the minds of the populace. Before citizens knew what was happening, it was already too late.

“Everyone in China should be allowed to protest. We will continue to ensure that China knows we will stand for human rights and with people who are expressing themselves.”…

For those who think I’m being overzealous, hyperbolic, or a paranoid conspiracy theorist, it’s wise to remember the parallels:

Sure, Democrats aren’t throwing their political opponents and hated groups into furnaces, concentration camps and in front of firing squads….yet. 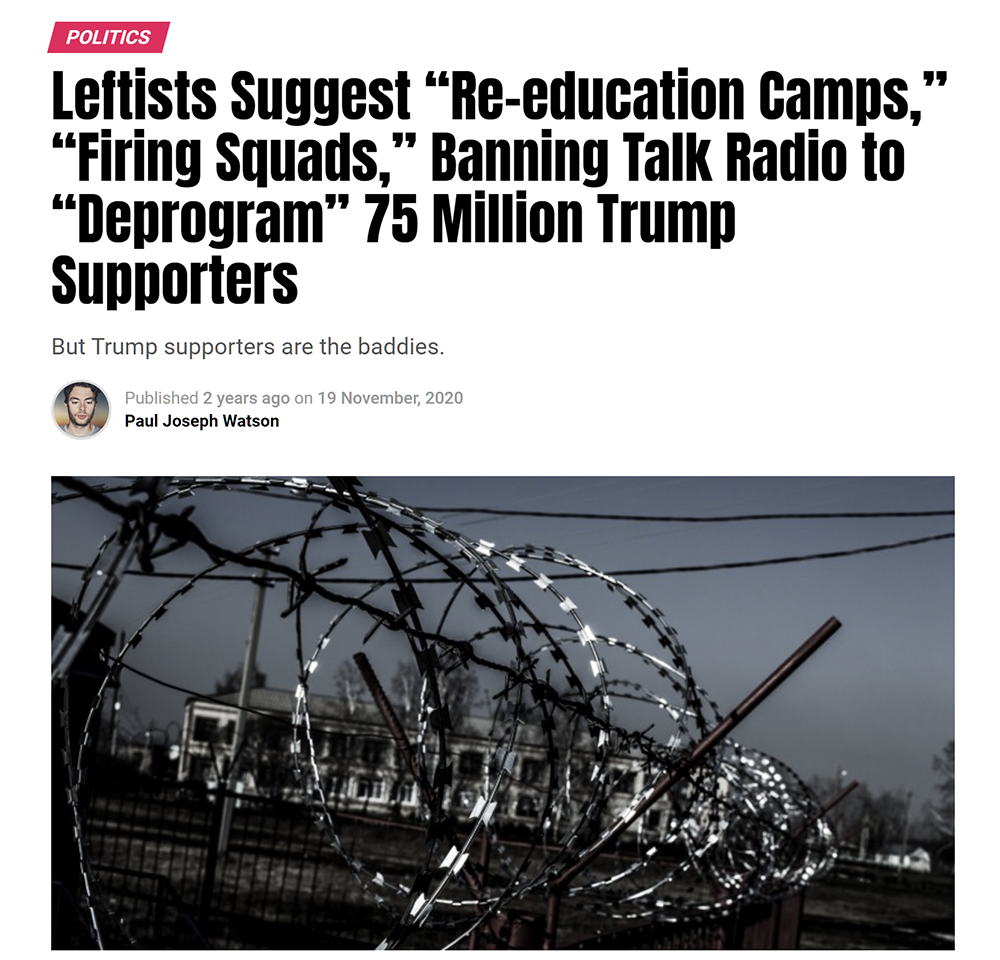