Here’s how you can evolve the new Finizen into Palafin in Pokémon Scarlet & Violet, and use its Zero to Hero Ability. 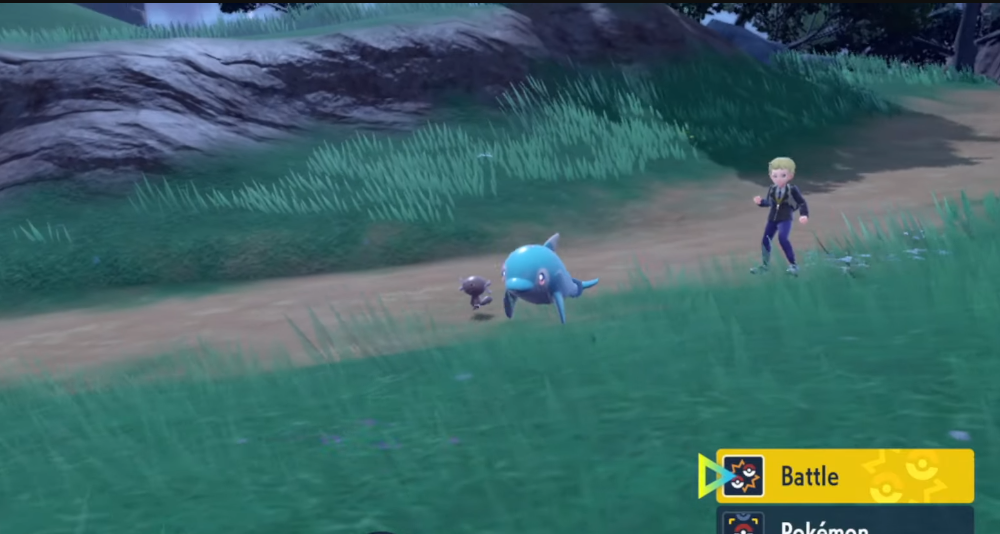 A trainer stands with their Finizen in battle while a wild Paldean Wooper strolls beside them via Pokémon Scarlet & Violet (2022), Nintendo

Paldea has lots of new Pokémon for fans to fight, catch, and train. Two in particular especially caught our eye, being based on western super heroes! Those two are Finizen and Palafin and they are also getting attention from players, thanks to their unique Zero to Hero Ability, and stats that are amazing, spectacular, and even uncanny.

Unlike a super hero, there’s no quick montage to get all that power. Instead, it has a rather tricky way to evolve, and its Ability needs some finagling to unlock its true potential. Fear not true-believers, here’s how you can evolve your Finizen into a Palafin in Pokémon Scarlet & Violet, and use that Zero to Hero Ability. 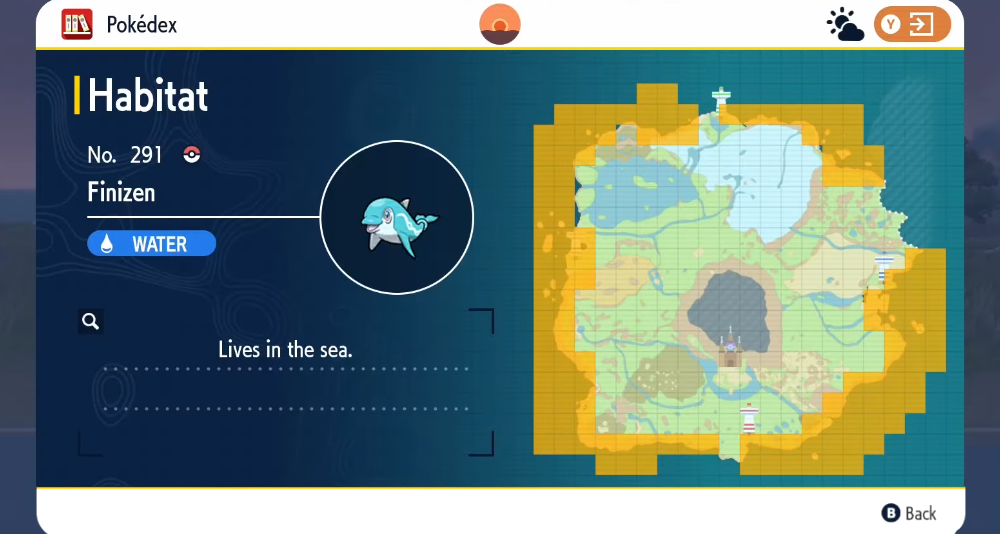 The Pokédex shows the habitat of Finizen via Pokémon Scarlet & Violet (2022), Nintendo

First off, we need to actually get our hands on a Finizen. Thankfully they can be found in any coastline of Paldea! You can’t go fishing in Pokémon Scarlet & Violet, but you won’t even need to use your Koraidon or Miraidon’s ability to swim.

Finizen can be close enough to the coastline you can throw your Pokéball at them to start the battle. Keep in mind shiny Finizen are purple, and you can also find them in Three Star Tera Raids. At this stage, it’ll have decent Speed and HP, with balanced physical and special attacking stats. When it evolves, it will do more damage with physical moves however. 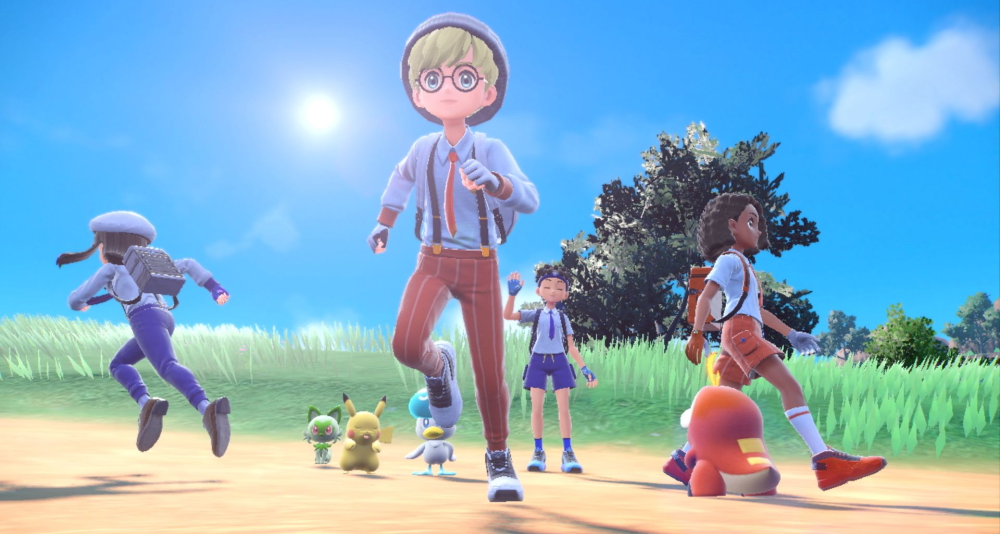 Players alongside each other thanks to the Union Circle with their Pikachu, Sprigatito, Quaxly, and Fuecoco via Pokémon Scarlet & Violet (2022), Nintendo

RELATED: How To Evolve Pawniard Into Bisharp And Kingambit in ‘Pokémon Scarlet & Violet’

Next you’ll need to play online or in local co-op via the Union Circle at any Pokémon Center or the Poké Portal option in your menu. While another player is present, you must level up your Finizen to level 38 or greater.

Contrary to other online rumors, you don’t need to have your Finizen out in Let’s Go mode, nor does the other player need their own Finizen. As long as there’s another player once Finizen levels up, you’re all good!

What If I Don’t Have A Nintendo Switch Online Membership? 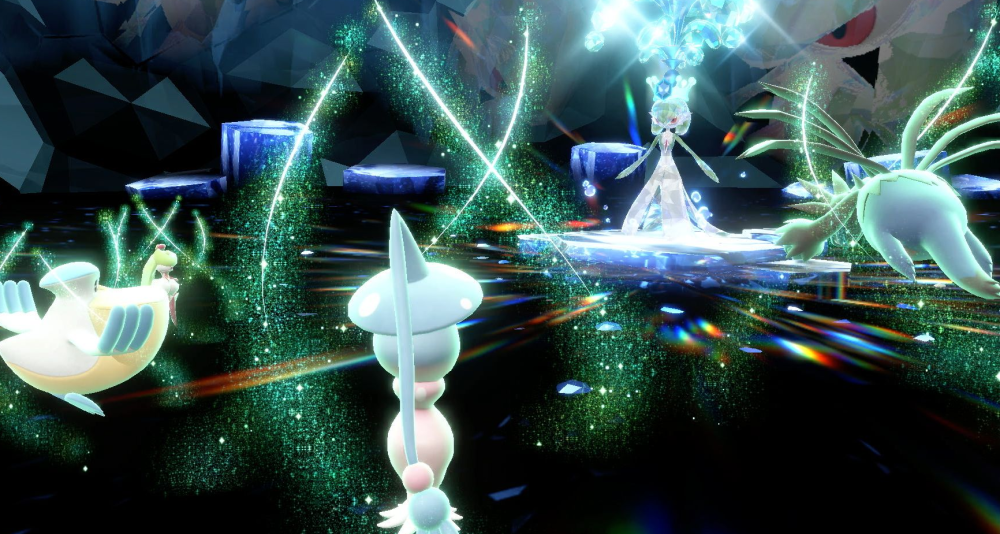 At first glance, it may look like Palafin is locked behind needing an online connection, which means a Nintendo Switch Online Membership as well. If you wanted to trade online, you’d also need the Membership. But you’re not entirely out of luck.

First, you can connect locally with another player. Everything the Union Circle can do online can be done with another person just in front of you. Should finding another player be an issue for you, Palafin do occasionally spawn in Five Star Tera Raids.

How Do I Use The Zero To Hero Ability 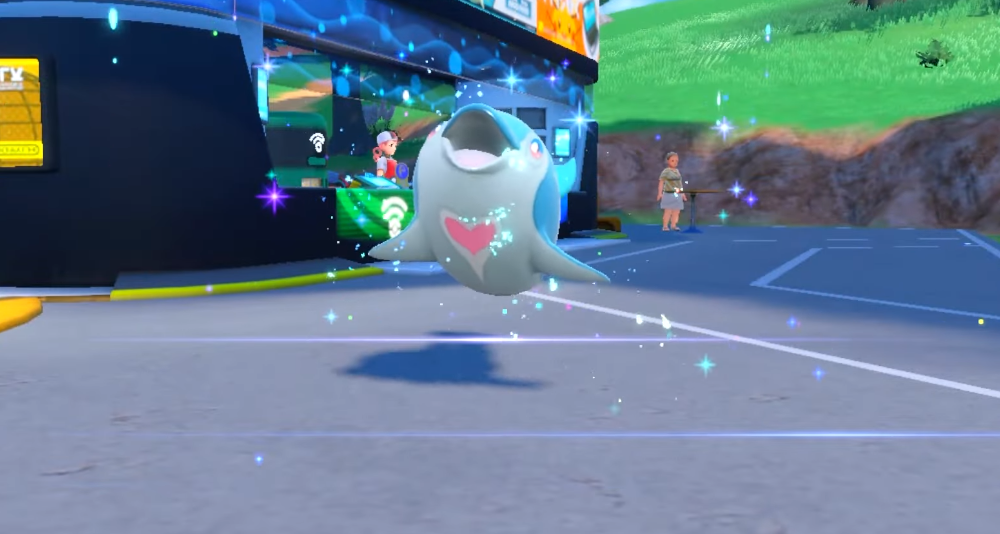 You may notice Palafin doesn’t look much different to Finizen- aside from that heart mark on its chest. Oh ye of little faith! Much like Superman, Palafin needs to duck out of sight before assuming its true form.

The Zero To Hero Ability means Palafin must enter a battle once, and then be called back. It then transforms into its hero mode, which it will assume for the rest of the battle. 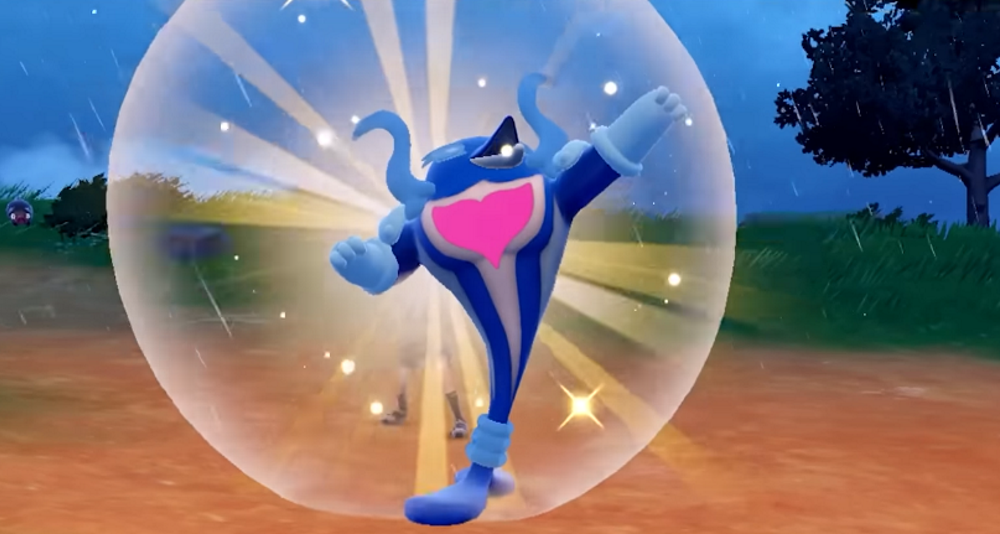 While Palafin gained slightly more Attack, better defenses, and a suspiciously high HP, it’s hero form stats are off the charts. It’s Base Stat Total (all unmodified stats added up) is 650- surpassing most Mega Pokémon and only surpassed by “box Legendaries.” In fact, within Pokémon Scarlet & Violet, only Koraidon and Miraidon have a higher Base Stat Total.

Palafin brings an astronomically high Attack stat- the joint 9th highest Attack stat of all Pokémon- supported by pretty high HP, defenses, and Speed. In fact, when you evolve your Finizen, it learns Flip Turn. This move deals damage and switches it out at the same time- making it perfect for Palafin to change into its hero form.

Don’t forget Palafin also has access to Jet Punch (a Water-type priority move), Wave Crash (a powerful physical Water-type move), and other strong moves such as Iron Head, Zen Headbutt, Close Combat, and moves via level-up, TM, or picnicking and move transferring. Move over Aquaman, we’ve got a new hero.