Here’s how you can evolve your Pawniard into Bisharp, and then the brand-new Kingambit, in Pokémon Scarlet & Violet. 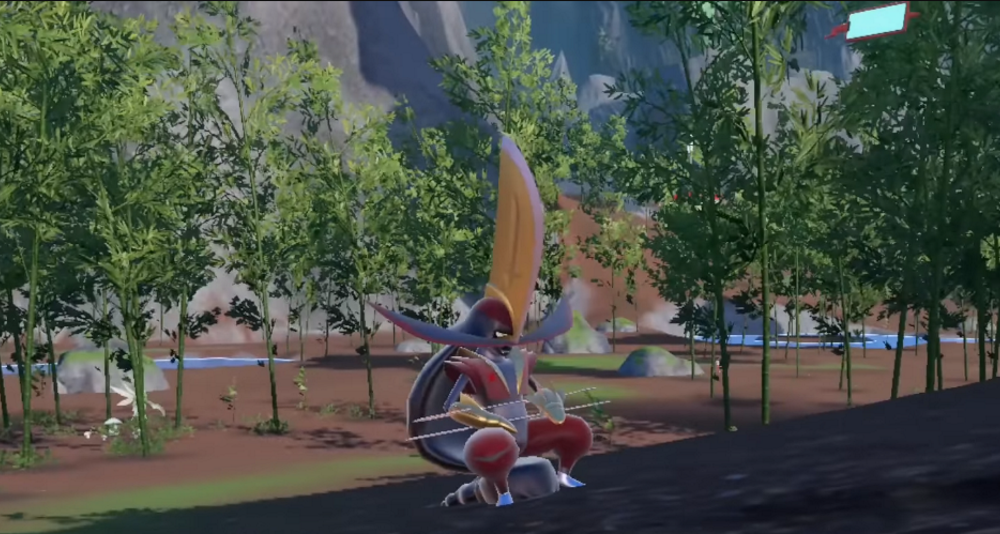 A Kingambit sits amid the trees via Pokémon Scarlet & Violet (2022), Nintendo

A new generation means new Pokémon, and much like prior games, some Pokémon re-appearing in Paldea have gained a new evolution. While Pawniard and Bisharp from Black and White were respectable, Kingambit has potential to be a king-maker.

Its evolution is a little atypical, but you don’t need to think 20 moves ahead if you want to get one yourself. This is the guide to check, mate, to get a Pawniard, and evolve it into a Bisharp, and then Kingambit. 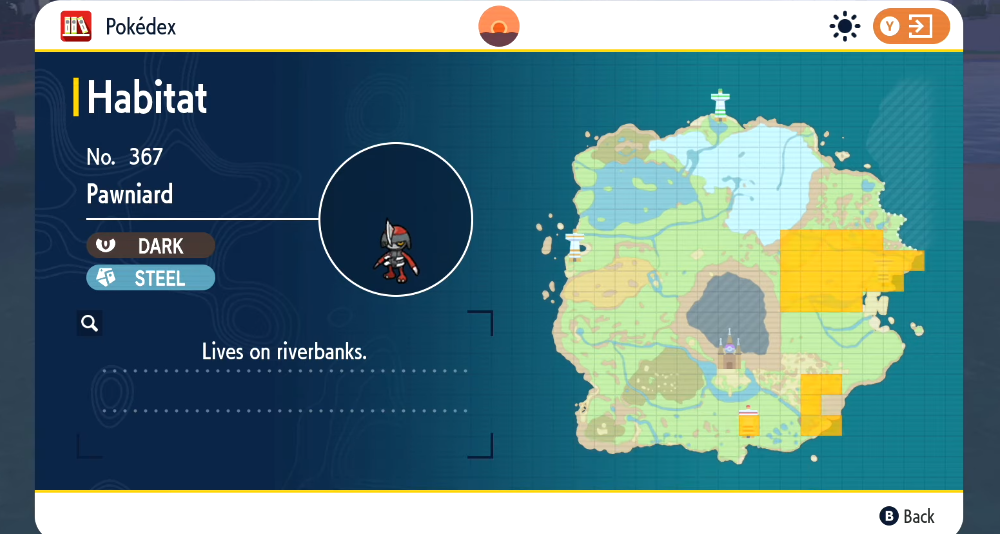 The Pokédex shows the habitat of Pawniard via Pokémon Scarlet & Violet (2022), Nintendo

To get your hands on a Pawniard, you should look around East Province Area Three, North Province Area Two, South Province Area Five, Inlet Grotto, and some Two Star Tera Raids. It tends to be found around rivers, though they can be found pretty far from the riverbank. If you want a shiny, look out for blue armor instead of red.

Pawniards need to be raised all the way to level 52 to evolve into Bisharp. Its stats aren’t amazing at those higher levels, but it can still hold out as long as you’re not putting it up against any Fighting-Type moves. Thankfully, you won’t have too long a journey after that. 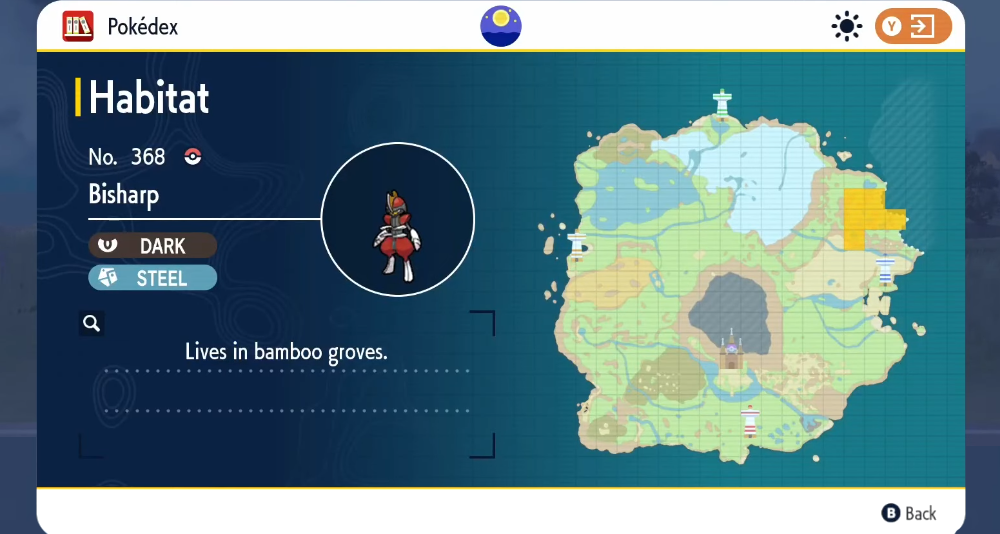 The Pokédex shows the habitat of Bisharp via Pokémon Scarlet & Violet (2022), Nintendo

If you want to catch a Bisharp directly, you can get them via North Province Area Two, Area Zero, and Four Star Raid Battles. In either case, evolving Bisharp involves a process brand new to Pokémon Scarlet & Violet.

While some Pokémon evolve by holding an item, Bisharp is one of the few Pokémon that will evolve when an opponent is holding one. Specifically, if you find a wild Bisharp with some Pawniard around it- almost leading them- odds are it’s holding a Leader’s Crest. 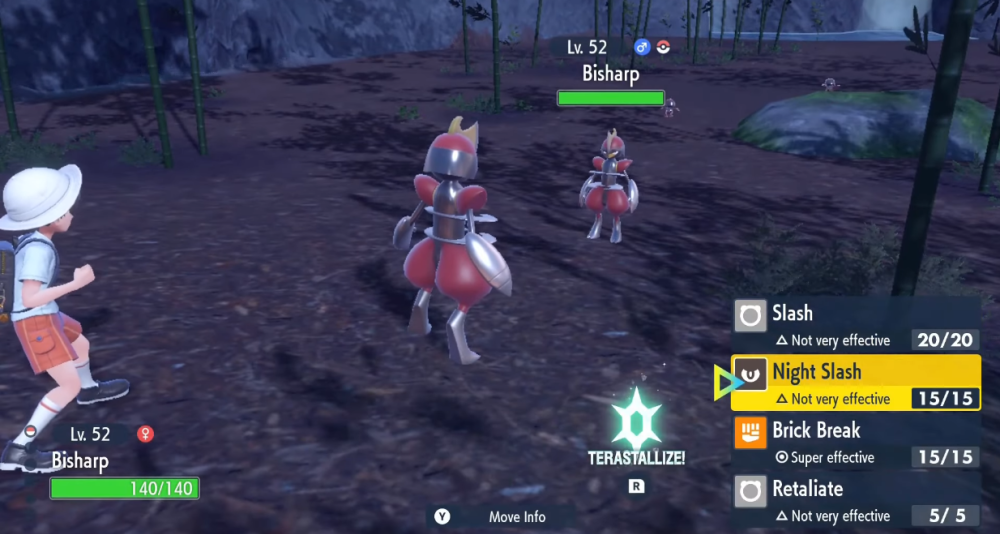 The player’s Bisharp faces off against a wild Bisharp, while the wild Pawniard run away via Pokémon Scarlet & Violet (2022), Nintendo

RELATED: How To Evolve Mankey Into Primeape And Annihilape in ‘Pokémon Scarlet & Violet’

Your Bisharp needs to beat three of these “Leader” Bisharps in battle- that’s a real turn-based battle, not an auto battle. You can find these in the bamboo forest part of North Province Area Two (next to Team Star’s Fighting Crew base). Once you’ve done this, level Bisharp up to make it evolve into Kingambit, the Big Blade Pokémon. You can also hope to find one in a five or six star Tera Raid Battle.

Kingambit have fantastic Attack and Defense, though it’s Speed leaves something to be desired. Keep in mind that Bisharp with the Inner Focus ability will have Supreme Overlord when they evolve. That ability raises its Attack and Special Attack for every other one of your Pokémon that has fainted in that battle. Then again you may prefer Defiant, to sharply raise Attack when a foe tries to lower your stats.

No matter how you use your Kingambit, you’ll soon be ruling the roost. Hail to the king baby! 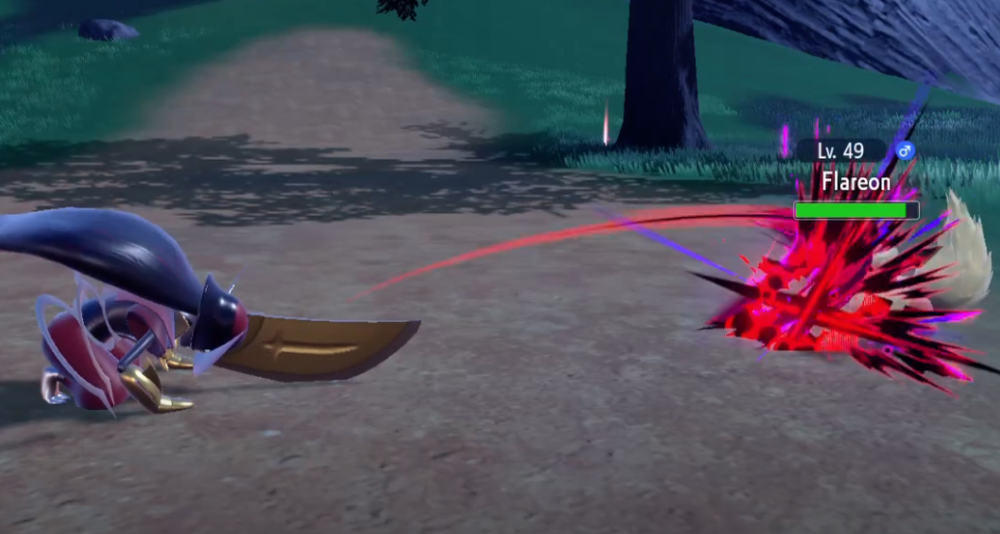 Kingambit used Kowtow Cleave, pretending to give a grovelling bow while slicing the wild Flareon with its head blade via Pokémon Scarlet & Violet (2022), Nintendo

NEXT: How To Evolve Charcadet Into Armarouge And Ceruledge In ‘Pokémon Scarlet & Violet’