Henry Cavill has returned as Superman in Black Adam and he has a new deal to wear the cape again for the foreseeable future, right? Well, maybe not. The new co-head of DC Studios James Gunn is not yet committed to provide an answer, however, challenging reports claiming Cavill has a new contract and that he is still the DCU’s Man of Steel.

Responding on Twitter to a report from Geekosity about Cavill’s contract status for television as well as film, Gunn clearly was unimpressed with the site’s reportage and questioned both their veracity and that of their sources. Geekosity has been on this beat for a year or more and is adamant that Cavill’s Superman, like Thanos, is inevitable.

“I’m not sure if you’re purposely lying or being taken advantage of by someone lying to you, but, as I’ve stated on here before, NO ONE knows what’s happening at DC Studios right now other than me & Peter [Safran]. That would include writing up any new contracts for anyone at this point,” Gunn replied in a tweet. 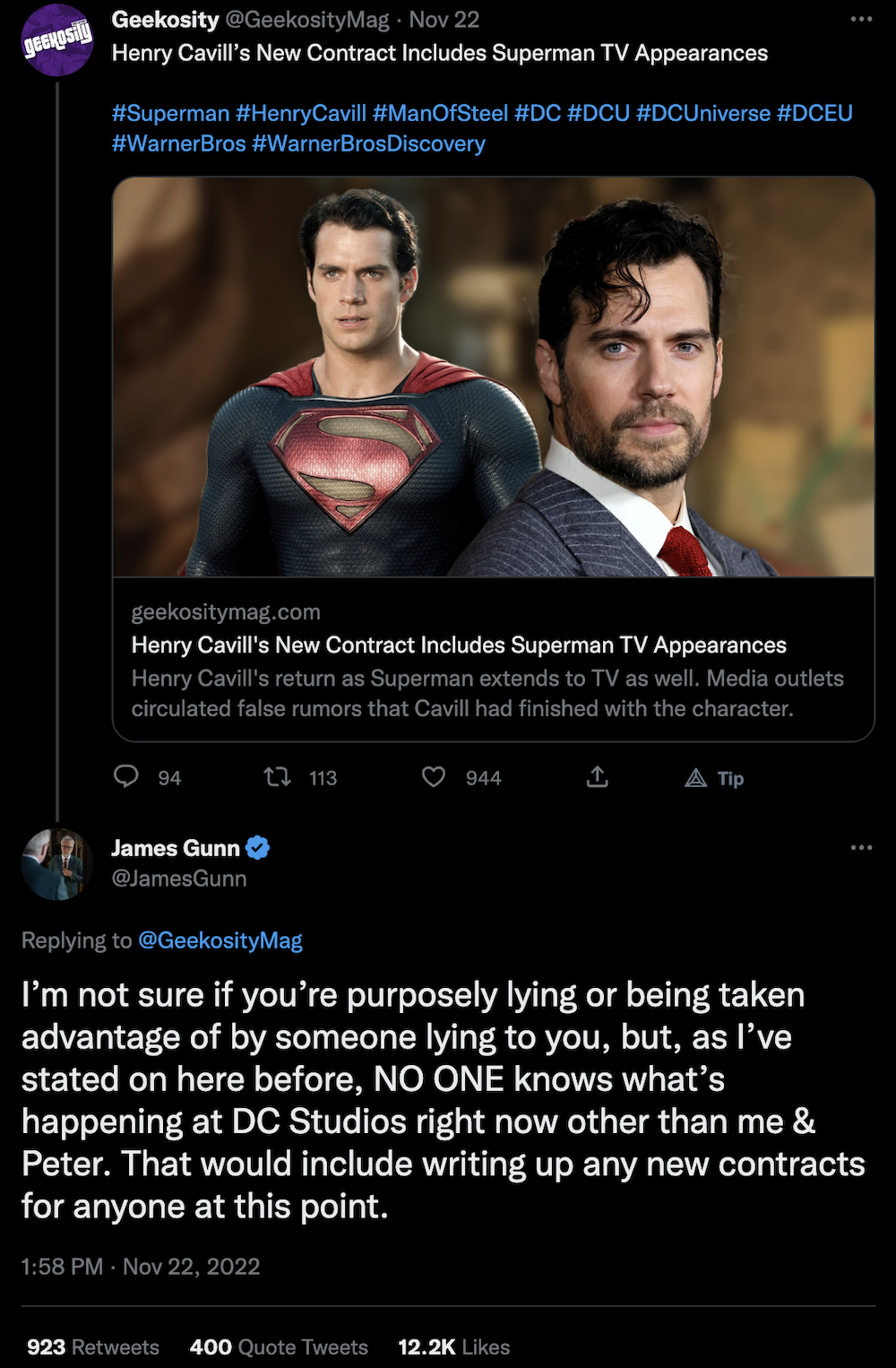 To be clear, his response doesn’t mean Gunn has no interest in Cavill or that a deal isn’t being worked out — just that nothing is finalized. That still doesn’t bode well for other rumors going further in claiming he is signed up for sequels to Justice League, Black Adam, and Man of Steel — which is overdue for one.

None of those is confirmed although word of a MOS 2 produced by Charles Roven and in search of a writer and director did leak to the trades upon Black Adam’s release. The good news is we should find out for sure after two months if this film really is in development. Gunn’s DCU strategy will be announced in that time frame.

Superman (Henry Cavill) struggling to be a match for Faora-Ul (Antje Traue) in Man of Steel (2013), Warner Bros. Pictures

“Yes, that is true (revealing it to the wbd [Warner Bros. Discovery] team),” Gunn confirmed in a reply to Twitter user @gimitko who wondered about a story by The Wrap that mentioned the two-month timetable. By then, the supposed gulf between the Gunn/Peter Safran leadership dichotomy and Dwayne Johnson’s camp might be bridged, and negotiations between DC Studios and Henry Cavill could begin. 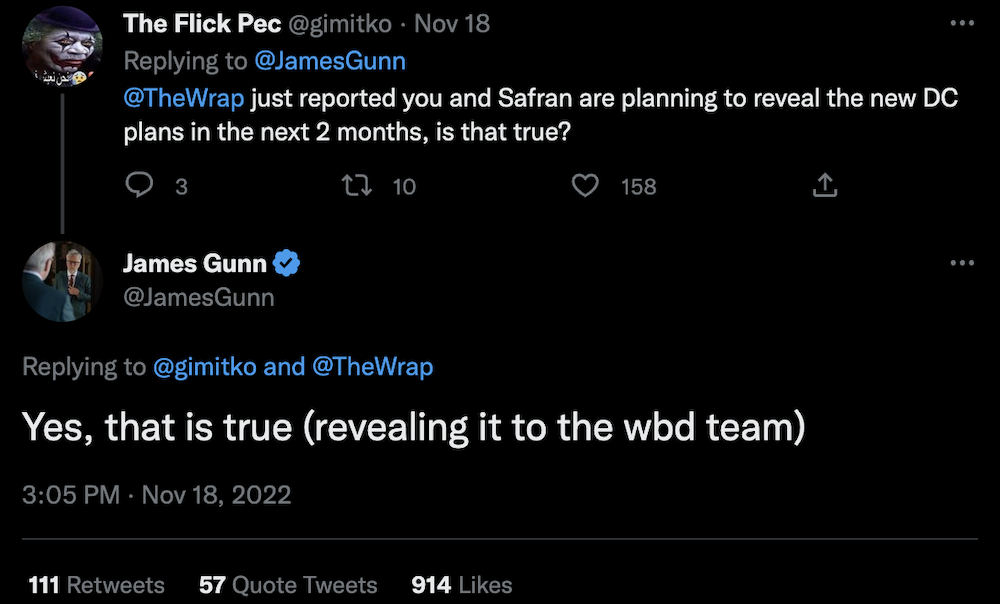