Director David Sandberg is responding to online criticism of dialogue uttered by Zachary Levi in the trailer for Shazam! Fury of the Gods. Twitter user @kamkenobi pointed out the line in a clip, deeming it another example of the “‘let me say what I just did out loud to the audience’ cliché” which he openly hates.

I always hated the “let me say what I just did out loud to the audience” cliché 🤮 pic.twitter.com/a5WStjVhQO

In the trailer, Levi’s character  Shazam said, “I just threw a truck at a dragon. I love my life,” after, well, fighting a dragon and hurling a truck at it — no surprise there. But it may come as a surprise that the criticism is going viral as the video’s been viewed over 1.1 million times, and retweets are getting past 88,000 likes.

One of those is a quoted tweet by user @InsaneLetterbox who commented that the trope the line arises from is “Absolutely the worst thing comic book movie humor ever created.” As the disapproval grew, Sandberg would be dragged into the mix when Twitter user going by Rachel (@TheWolfSpirit1) tagged the director in their analysis, forcing him to chime in. 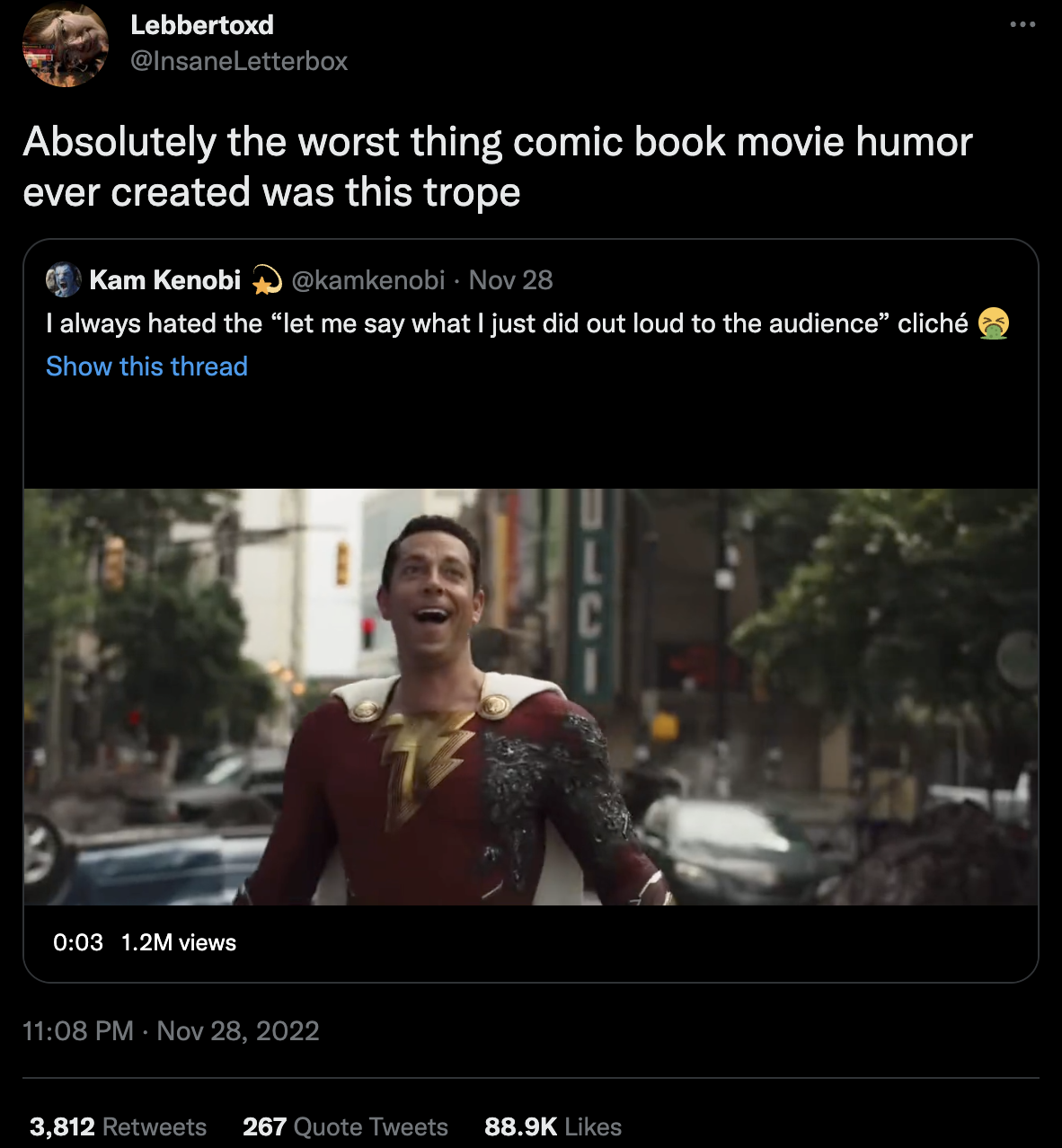 @InsaneLetterbox reacts to a line in Shazam! Fury of the Gods trailer via Twitter

“It’s unfortunate because @ponysmasher[David Sandberg] seems like a great guy and has made some really interesting content on YouTube going over his directing decisions. The first Shazam movie gave me massive ‘ehh’ vibes and I’m not holding my breath for the second one,” says Rachel’s tweet. Sandberg replied to explain himself and assure the line won’t drag down the movie since it’s not in there.

“FYI that line is not in the movie. It’s just in the trailer,” Sandberg replied. And there are the director’s two cents on the subject but, while that line may be gone, it doesn’t mean Shazam 2 won’t lean more into the humor. Looking at the first film and spoilers for part 2, if they’re anything to go by, Sandberg probably holds the line. 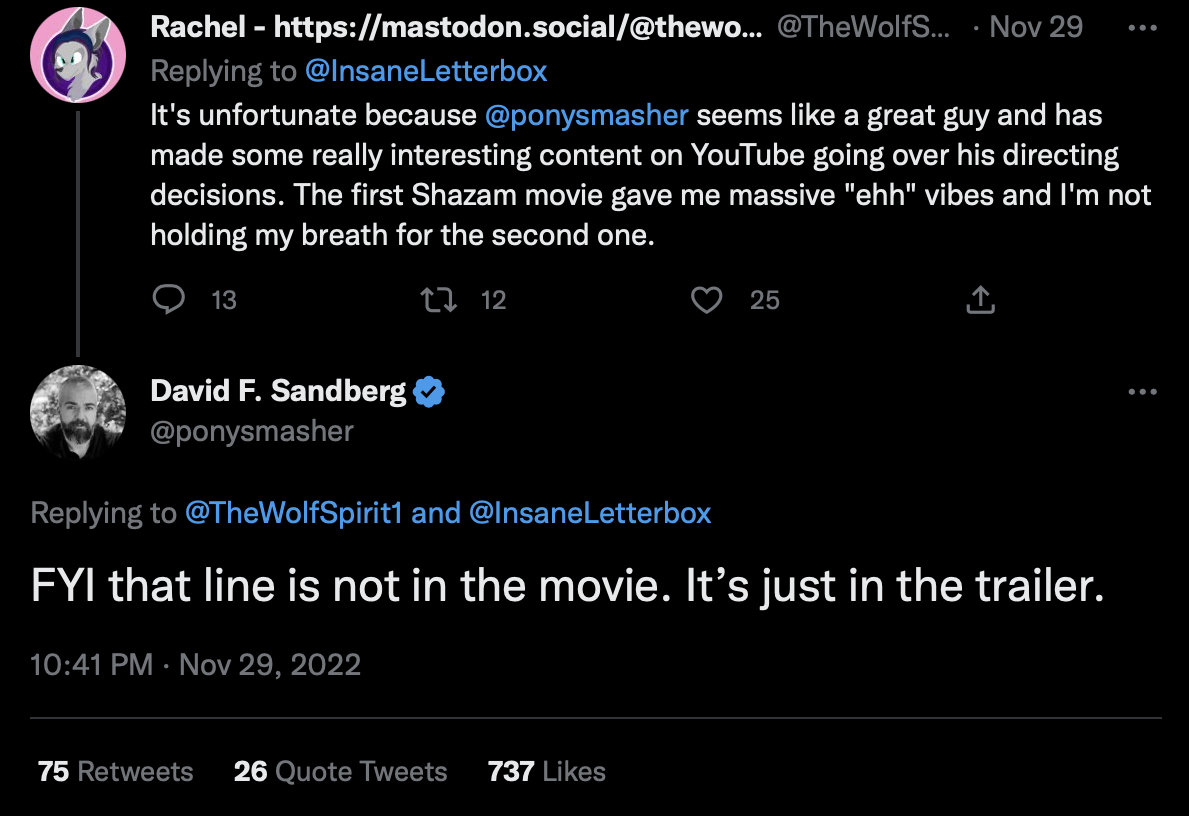 Produced by co-chair of the newly created DC Studios Peter Safran, Shazam! Fury of the Gods comes out on March 17th, 2023.
While some have expressed worry that Safran may attempt to channel James Gunn’s signature brand of humor into the film, Sandberg says that his vision for the sequel hasn’t been tampered with.

NEXT: ‘Shazam!: Fury of the Gods’ Director David F. Sandberg Denies Delay Is For “Retooling” Film