Sunrise’s classic space western anime Cowboy Bebop has been a mainstay in anime since it premiered on April 3rd, 1998, with many fans describing the series as their gateway into anime.

Now just in time for the anime’s 25th anniversary, Crunchyroll is releasing a Limited Edition Blu-ray box set as well as a Standard Edition box set for the iconic space western. 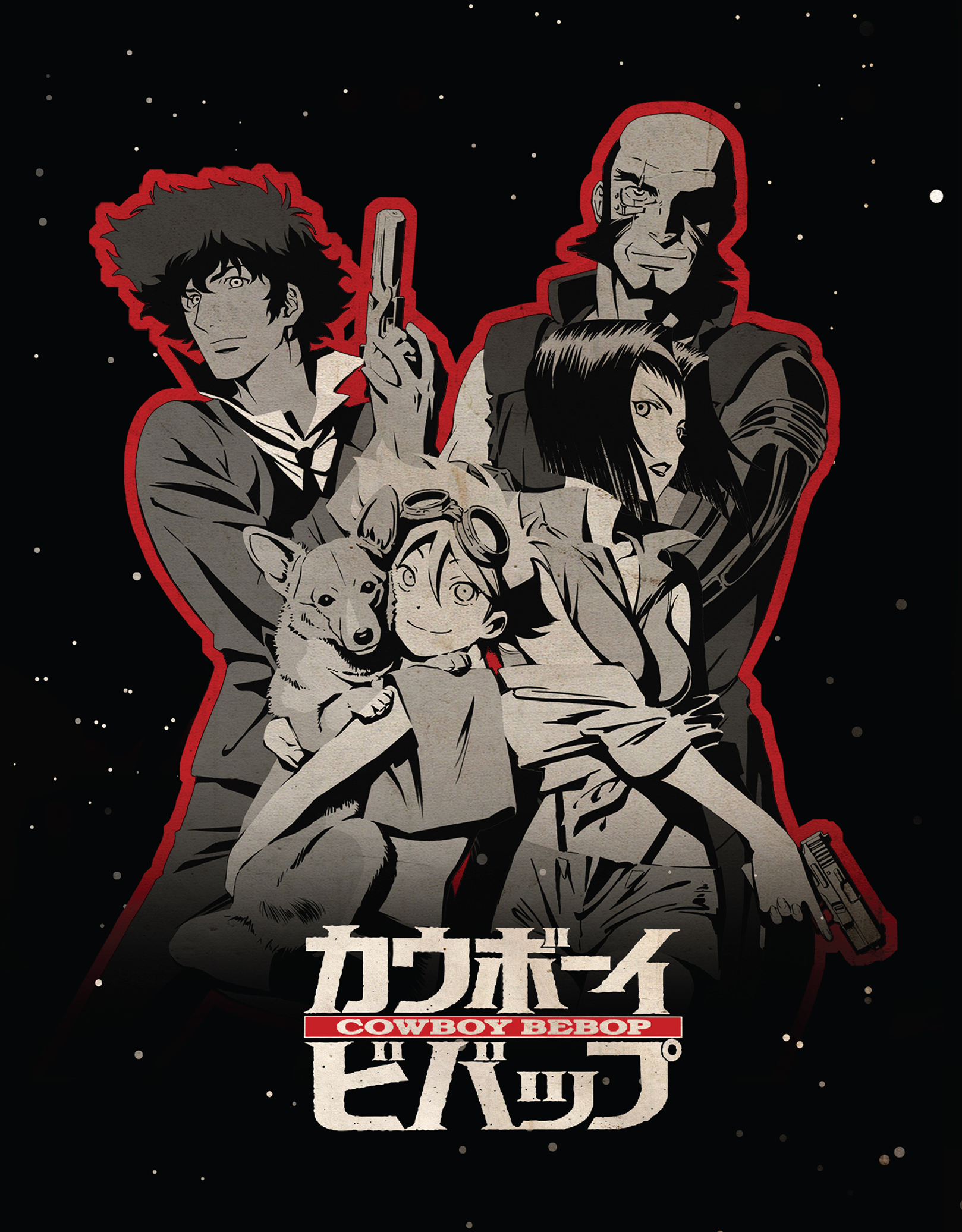 Each Limited Edition box set will “include a special metallic collector’s box, several art cards, and a never-before-seen 25th anniversary retrospective video that will be new to the special features.”

Specifically Crunchyroll detailed that their Cowboy Bebop – The Complete Series 25th Anniversary Limited Edition Box Set Exclusives includes the special metallic collector’s box, five art cards of the galaxy’s finest crew that you can swap with the cover for a custom look, and the never-before-seen 25th anniversary video.

RELATED: Crunchyroll Announces New Licenses For 2023 Including ‘Bofuri’ Season 2 And ‘The Legend of Heroes: Trails of Cold Steel – Northern War’

Session #0: The 1998 thirteen minute behind the scenes features a teaser for the original Japanese home video release of the legendary space western anime and interviews with the Japanese Production team of Cowboy Bebop.

Memo from Bebop: The Dub Sessions Remembered: released in 2014, the 95 minute original extra features behind the scenes stories of the recording from the original cast of the English Dub.

Dinner Aboard the Bebop: the 2014 reunion of the beloved cast of the Cowboy Bebop English dub.  The cast featuring Steve Blum, Wendee Lee, Beau Billingslea, Melissa Fahn and Melissa Fahn come together for dinner, drinks, and a special script reading.

The 2012 Cowboy Bebop anime short Ein’s Summer Vacation which depicts the beloved Corgi’s dreams of a tropical vacation with his owner Edward.

Both the Limited Edition and Standard Edition for Cowboy Bebop’s 25th Anniversary Blu-ray Box arrive the day after the official 25th anniversary of the classic space-western anime on April 4, 2023. 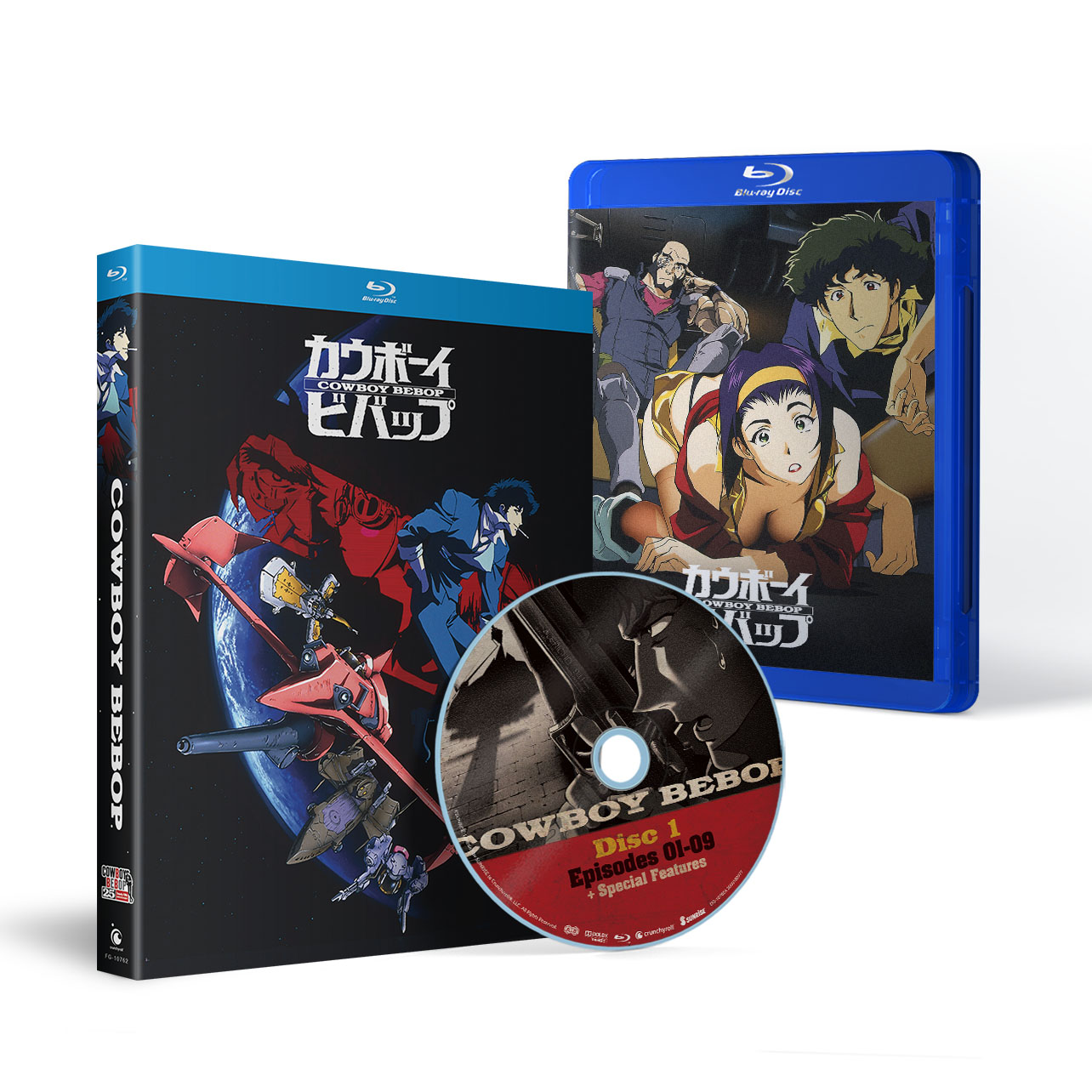 For those unfamiliar with Aoashi, it follows the story of Aoi Ashito who tries out of his J. League youth soccer team and follows his journey as he puts his skills to the test to determine if he can become a professional. 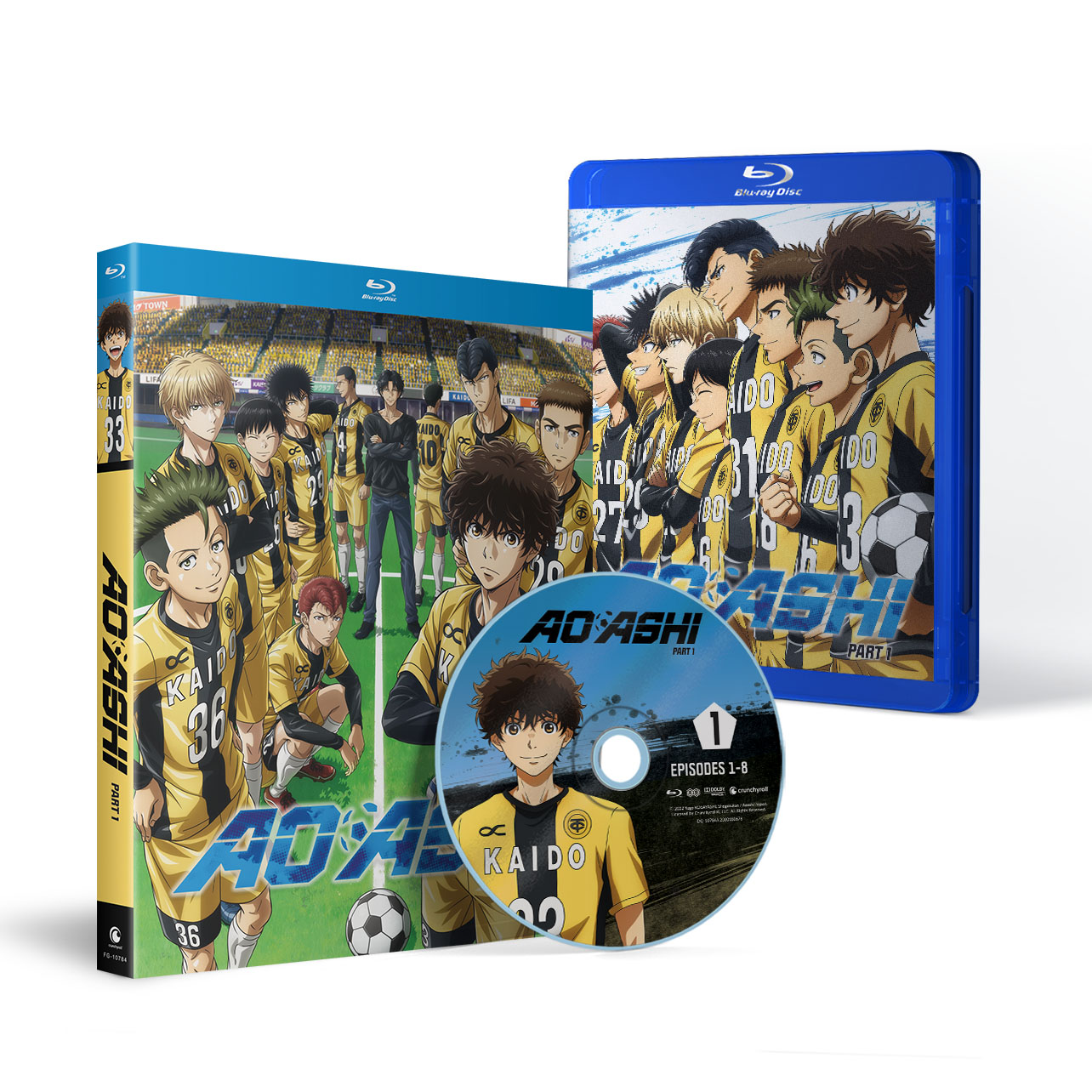 On April 11th, Crunchyroll will also release Legend of the Galactic Heroes: Die Neue These – Season 3 and One Piece – Collection 31.

Legend of the Galactic Heroes: Die Neue These – Season 3’s official description reads, “Doubt stirs among trusted officials when Reinhard-still grieving his recent loss-approves an enormous advance on Iserlohn Fortress. Meanwhile, Yang is drawn away by suspicious court orders, leaving the Free Planets Alliance to battle without their leader.” 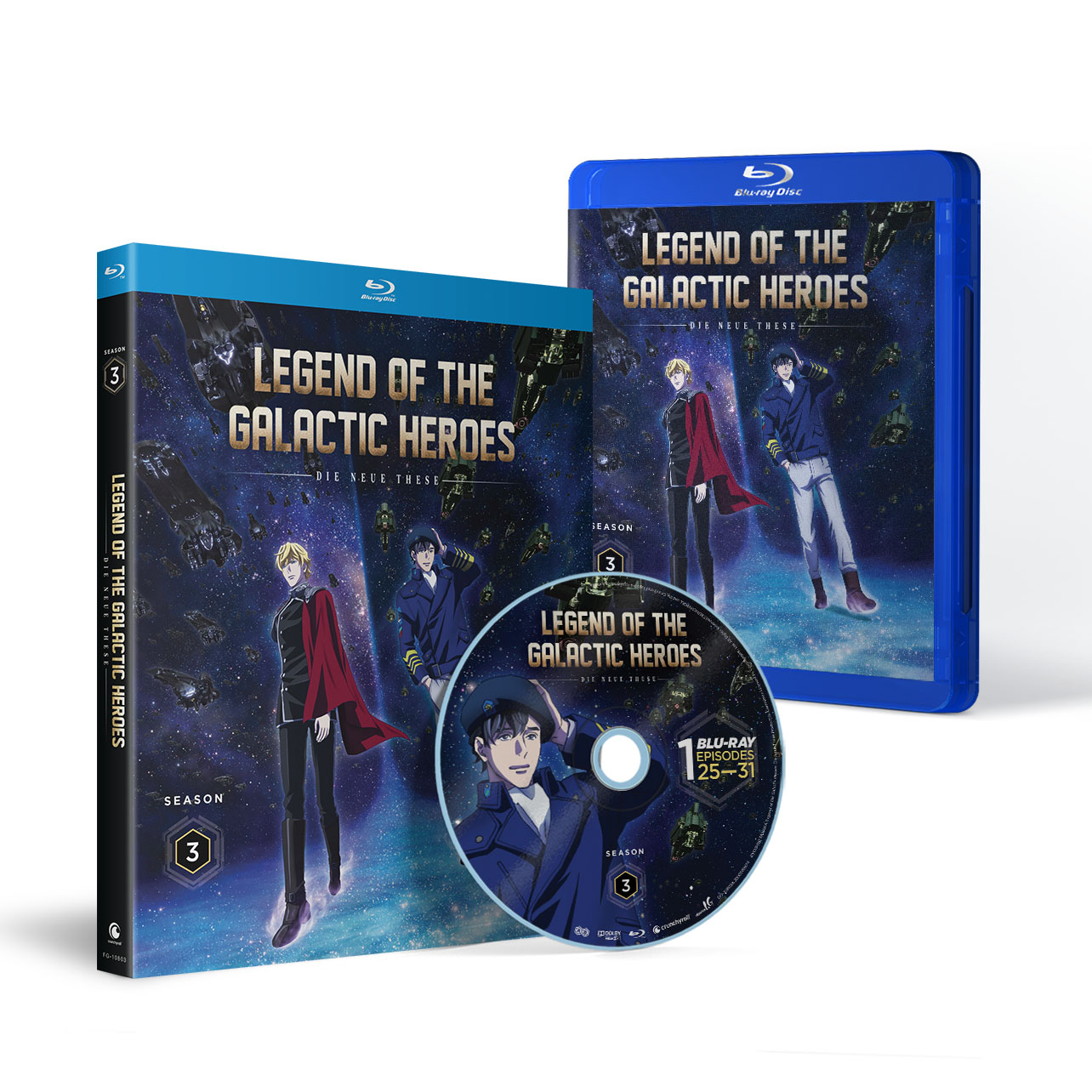 Legend of the Galactic Heroes: Die Neue These Season 3 Blu-ray

One Piece – Collection 31 collects episode 747 through 770. The official description states, “Sailing with Barto Club, the Straw Hats are lured to Silver Mine, where Luffy and Bartolomeo’s lives are on the line! After an explosive escape, the crew makes a treacherous journey to Zou, only to discover its sprawling city in ruins. Weeks earlier-Cat Viper and Dogstorm battle Jack in shifts before he plays a poisonous trump card, and Big Mom’s officers deliver a shocking offer for Sanji.” 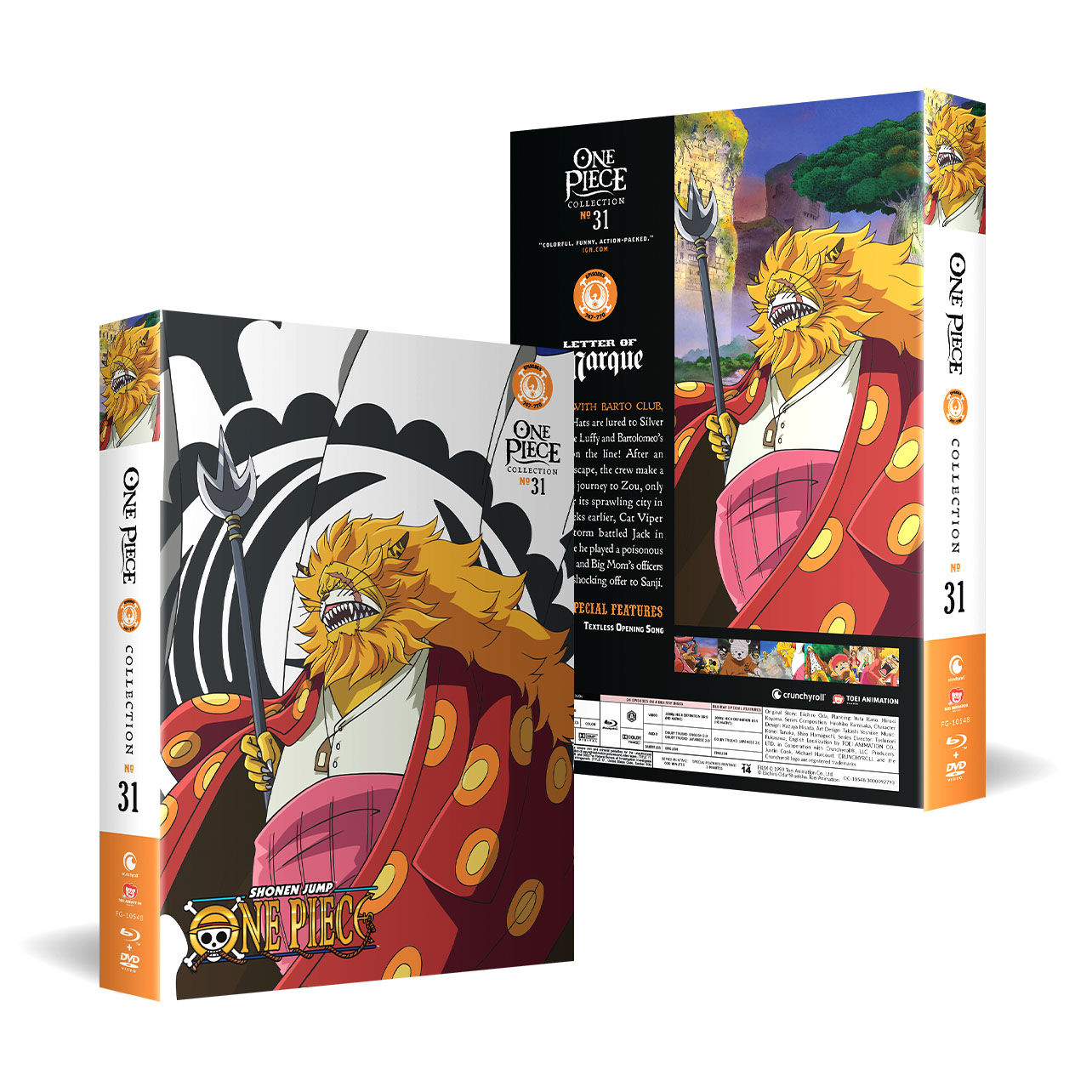 Do you plan on adding any of these to your collection?