We all knew it would take a little extra lucre to complete the Snyder Cut of Justice League but most thought it would take $20-$30 million. Well, think higher, that’s too low.

According to Cosmic Book News and WarnerMedia Entertainment Chairman Robert Greenblatt, $20 and $30 mil. are ideal but wishful amounts. The cost, says Matt McGloin of CBN, is more like $80 million.

That sounds like the kind of cash that needs to be recouped in theaters, if they were open, as this response points out.

If the investment was that size to finish the movie, ¿wouldn’t it be better if it opened in theaters too? I don’t know if HBO Max will be available worldwide by the time the Snyder Cut is released…

Greenblatt said on a podcast he wishes “it was just $30 million,” lending credibility to the idea reshoots will occur, racking up the cost.

Breaking: On a podcast, WarnerMedia CEO Bob Greenblatt quipped “I wish it was just $30 million” about the budget to complete the Snyder Cut for @hbomax.

“Greg [Berlanti, who is producing a Green Lantern series for Max] has done a lot of really quality DC fare for The CW. These will not be that. These will be next step up in production value. You can expect the highest level of cinematic production values on those shows, and that’s the same for the projects we’ve announced with J.J. [Abrams].”

Some dispute the $80-mil. figure, observing Greenblatt’s comment could be in reference to anything, including negotiations and unions.

first of all I think Greenblatt is wack for calling fans “rabid”
second, I think context of “i wish it was just 30 mil” could be 30 AND all those negotiations with unions he mentioned (which i think is bullshit, otherwise Josstice wouldn’t happen), not 30+millions

Related Rumor: Teaser for the Snyder Cut of Justice League is Coming to HBO Max at Launch

McGloin notes Snyder “mentioned that he has some of the CGI to finish,” adding “since it will cost more than $30 million to complete the movie, we can guess that HBO Max is going to go all out and that Snyder will be adding additional things.”

“Additional things” we can expect are Darkseid in all his apocalyptic glory (which actor Ray Porter confirmed), a different arc for Steppenwolf, and the potential introduction of Martian Manhunter – who was Harry Lennix’s General Swanwick the whole time.

Snyder revealed storyboards of Manhunter assuming the form of Swanwick and Martha Kent last year. He also hinted all he needed was to film scenes in Los Angeles with Lennix. This was before the city was locked down.

Lennix seems to be on board if his tweet last week is any indication.

Related Rumor: Zack Snyder Showed His Cut of Justice League to DC Executives; Will Host a Man of Steel Watch Party on Vero

Snyder informed THR his Justice League will be very different from the theatrical release:

“It will be an entirely new thing. Especially talking to those who have seen the released movie, a new experience apart from that movie…You probably saw one-fourth of what I did.”

The Justice League completed by Joss Whedon, and in turn Geoff Johns, varied greatly from Snyder’s vision. It left Cyborg’s subplot and more on the cutting table, making the movie much shorter. Snyder’s Cut is reputedly four hours and could be broken up into chapters.

“Snyder also spent April and this month reaching out to the sizable cast, giving a heads-up on the new development and letting them know their services may be needed. (The first person called: Ray Fisher, who played Cyborg. ‘He was like, ‘You’re kidding me, right?’ recalls the director.)” 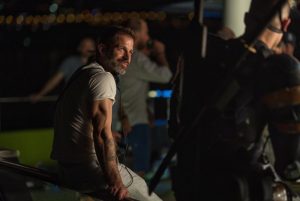 Snyder teased a larger load of character development in his film. “What’s so lovely about this is that we get to explore these characters in ways that you’re not able to in a shorter theatrical version,” he said.

HBO Max launched this week but won’t gear up for Zack Snyder’s Justice League until next year.