J.J. Abrams’ Bad Robot company issued a statement following a weekend of riots and looting across the United States in the wake of the death of George Floyd in Minnesota.

Enough exhausting our friends and colleagues.

In the second slide a lengthier statement begins, “We at Bad Robot are grateful to the many scholars, activists, organizers and leaders fighting on the frontlines of change in our systemically unjust country. It is that contellation of thinkers and doers who have the blueprint to a more perfect, fair, equitable and kind union.”

It continues, “In this fragile time, words matter, listening is critical and investment is required.”

“The centuries long neglect and abuse of our Black brothers and sisters can only be addressed by scalable investment. A massive and thoughtful overhaul of tax policy, one that effectively meets the needs of the many in this country, and not just the few, is long overdue,” the second slide concludes. 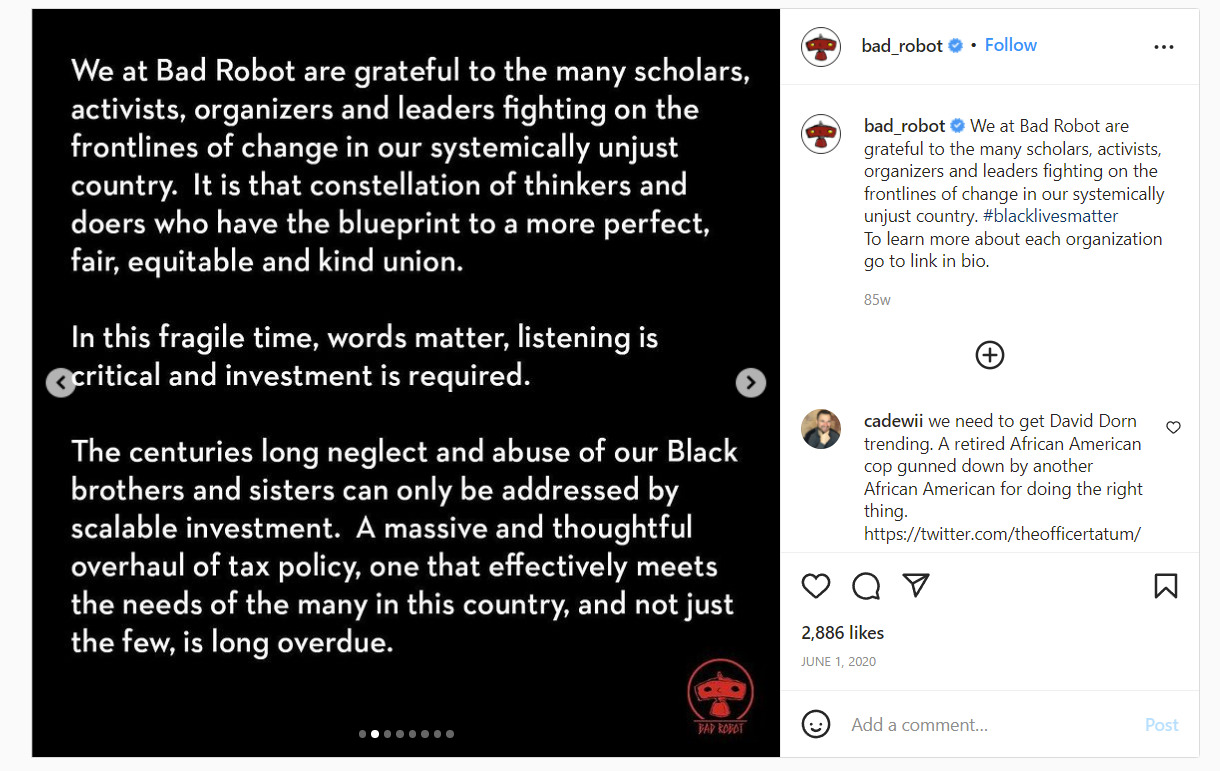 The third slide begins, “Corporate and private philanthropy can never achieve the impact needed to address these systemic inequities, but companies and individuals who are able must do what we can until our political leaders lead.”

They then announce that they will be contributing $10 million to groups with anti-racist agendas alongside The Katie McGrath and JJ Abrams Family Foundation over the next five years.

The statement explains, “Between Bad Robot and The Katie McGrath and JJ Abrams Family Foundation, we are committing an additional $10m over the next five years to organizations and efforts committed to anti-racist agendas that close the gaps, lift the poor and build a just America for all.”

They then announced initial $200,000 donations to the following organizations: 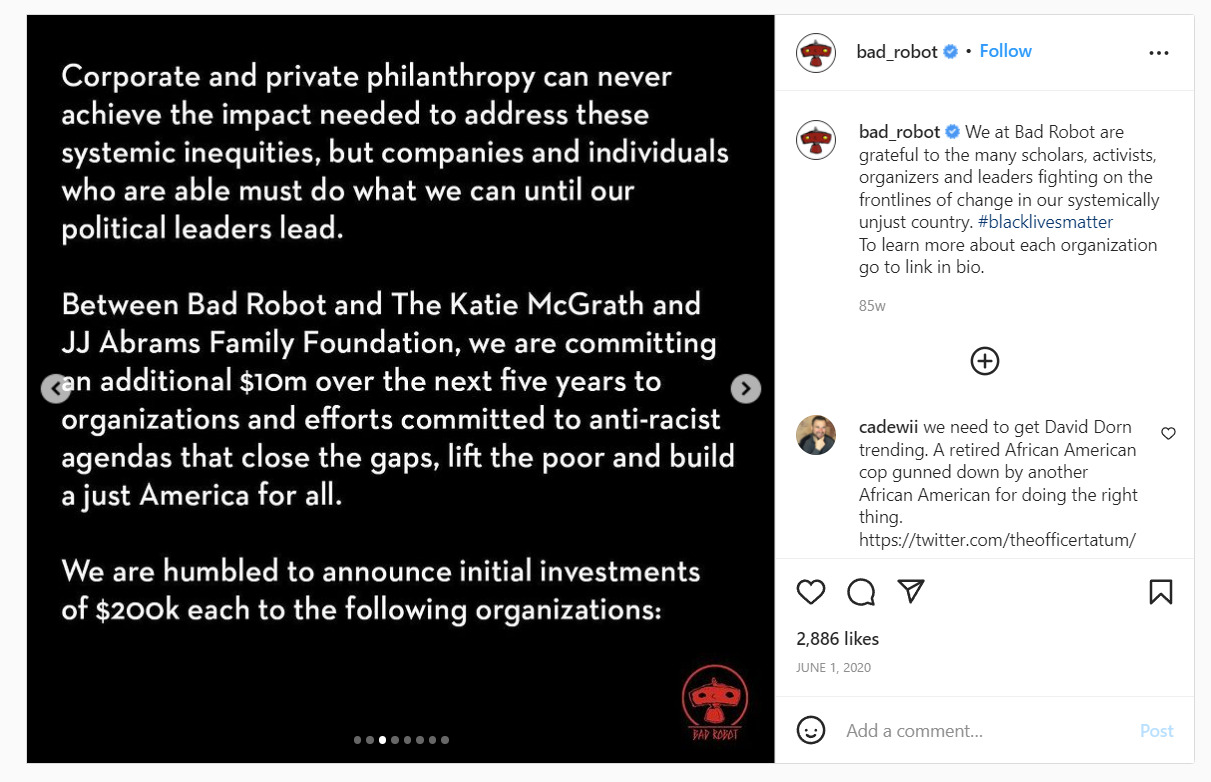 Bad Robot’s message comes after a number of other corporations and media entities issued their own statements in the wake of the protests, riots, and looting.

To be silent is to be complicit.
Black lives matter.

We have a platform, and we have a duty to our Black members, employees, creators and talent to speak up.

What do you make of J.J. Abrams’ Bad Robot’s statement?