Kamala Khan was first introduced in Captain Marvel #14 by Kelly Sue DeConnick and artists Scott Hepburn and Gerardo Sandoval back in August 2013.

Khan wouldn’t make her debut as Ms. Marvel until Ms. Marvel #1 in February 2014 after she is exposed to Terrigen Mist and revealed to be an Inhuman. In the first issue, her Inhuman powers allow her to shapeshift taking on the appearance of Carol Danvers in her iconic Ms. Marvel outfit. 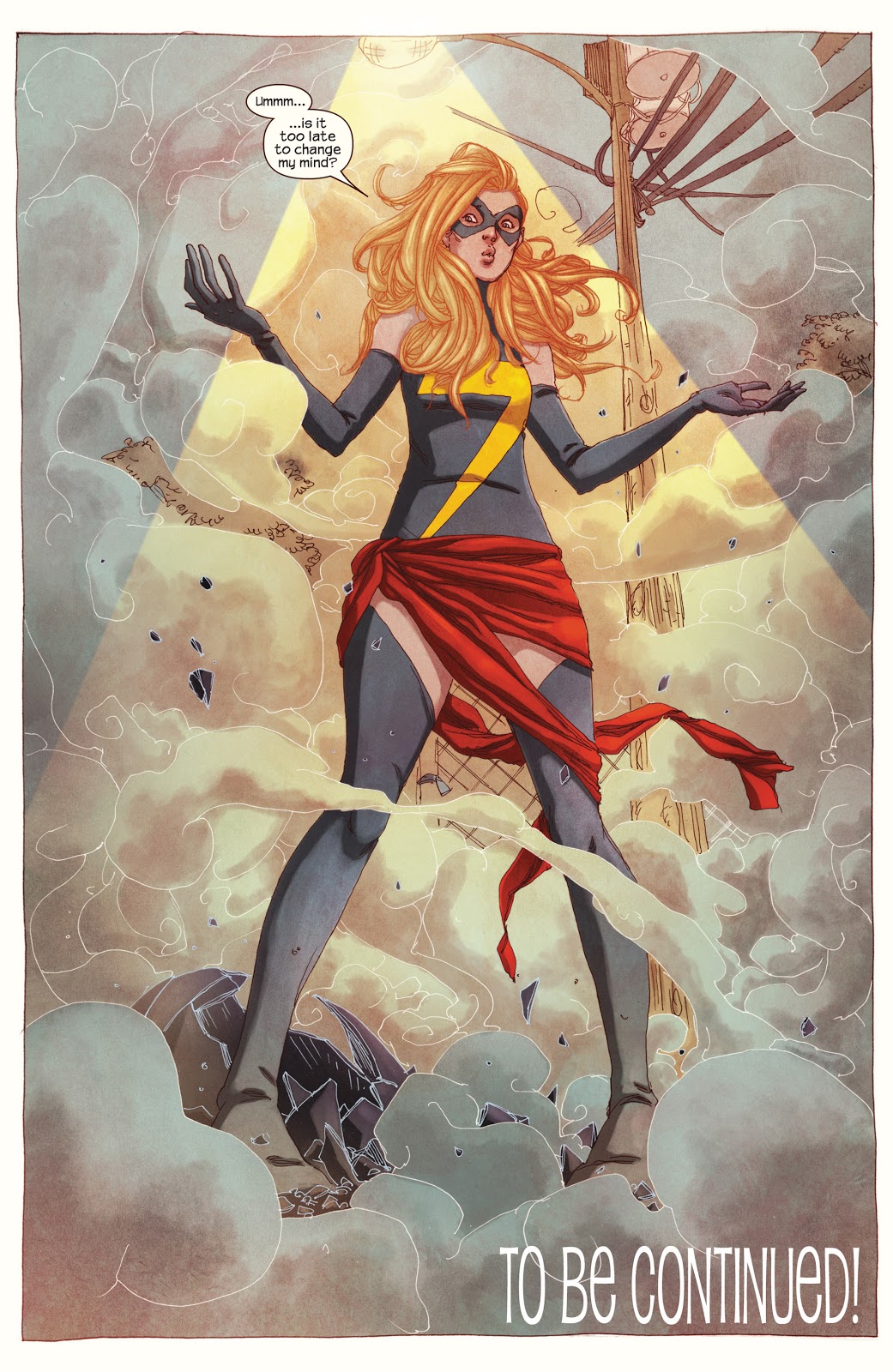 In the second issue, they would reveal Khan’s new Ms. Marvel design on the cover, although she would still save people shapeshifted as Carole Danvers. 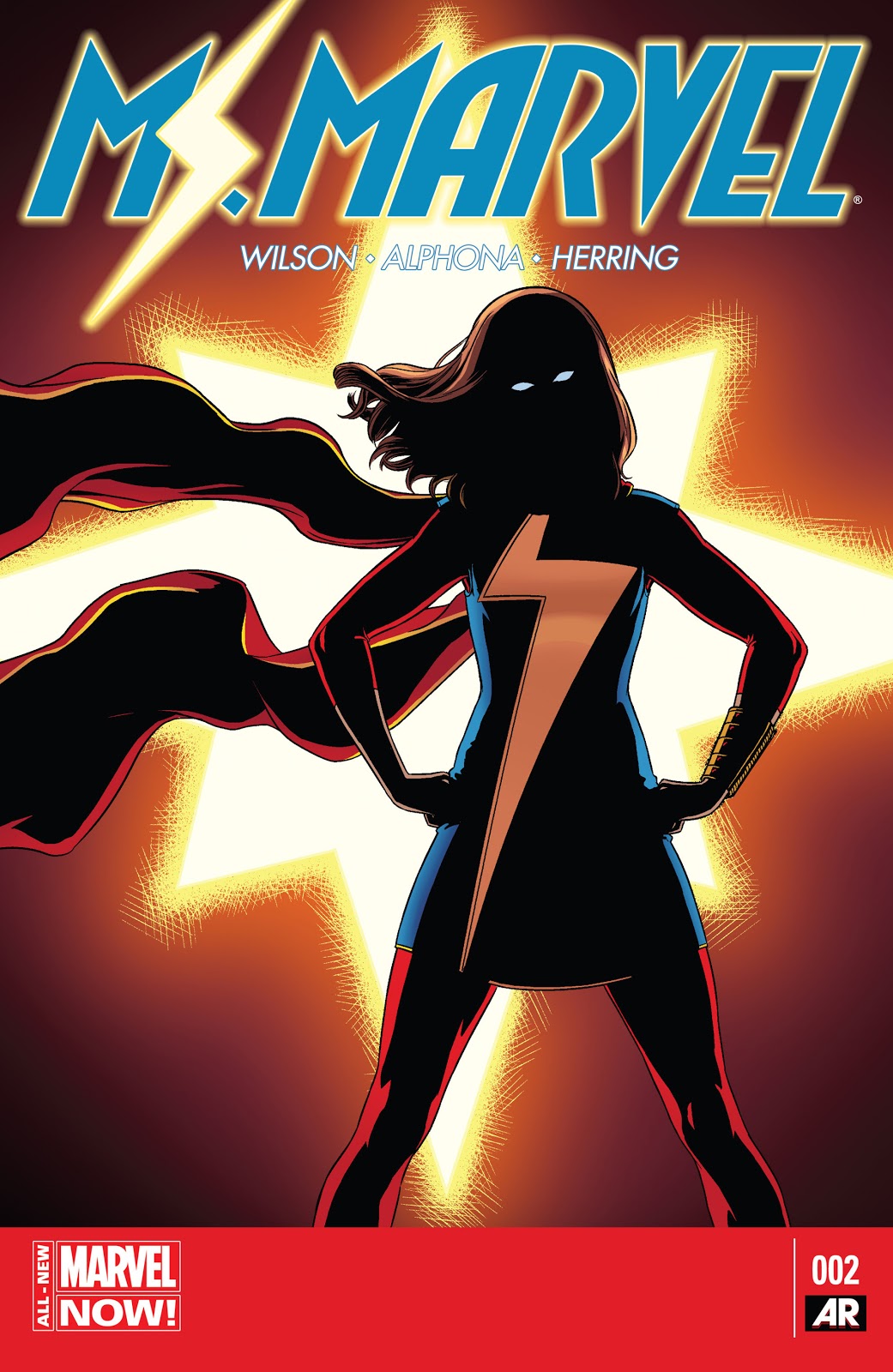 He also explained that editor Sana Amanat requested the costume reflect “the Captain Marvel legacy, and also her story and her background.” He added, “Because there’s such a strong character there, it was very easy to say, ‘This is what I want to do with it.'”

Khan’s Ms. Marvel costume hasn’t really changed since she was introduced. In the most recent The Magnificent Ms. Marvel, she’s still wearing the same overall design. 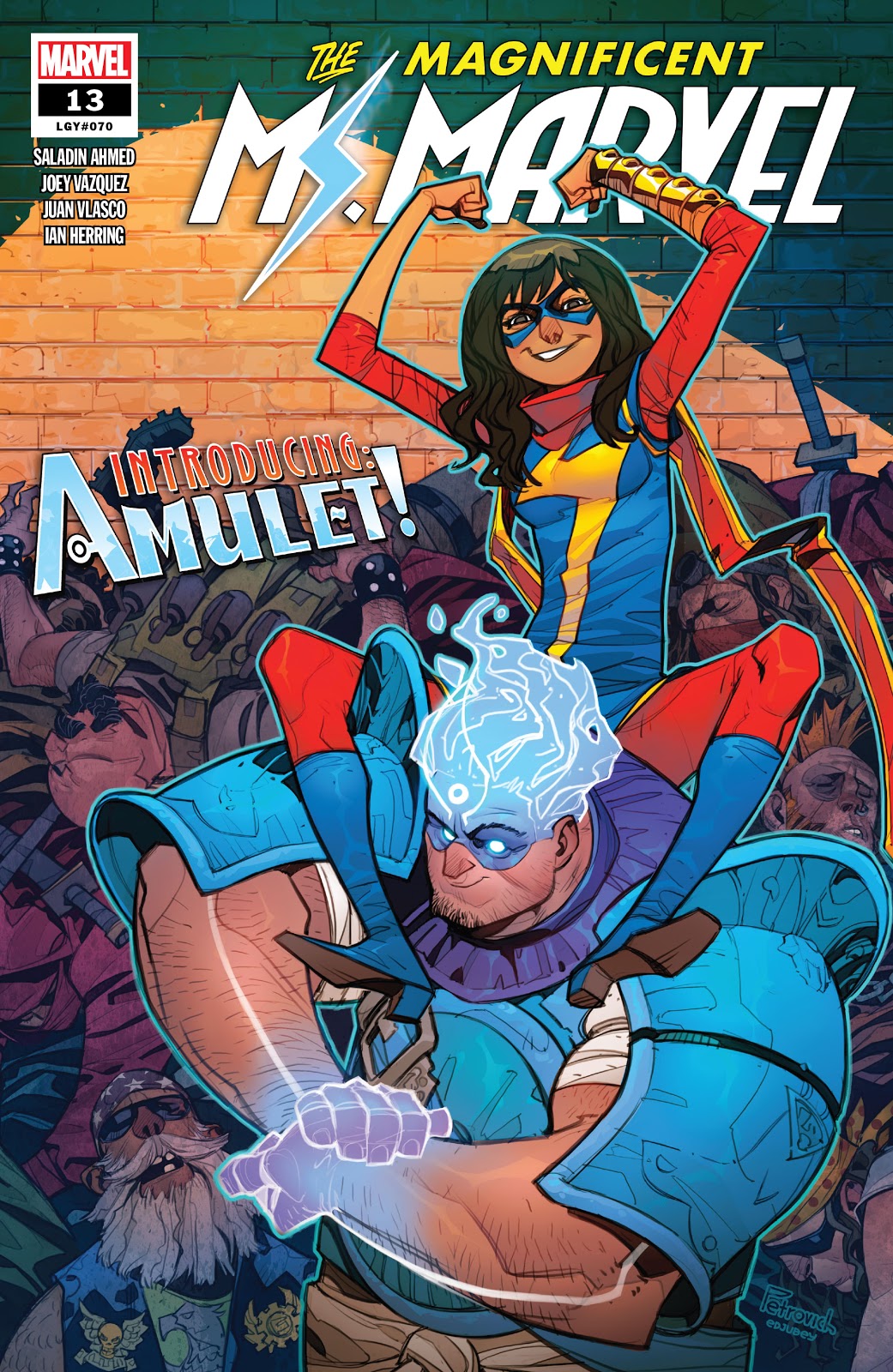 Artist Image Incorporated decided the design needed to be changed up a little bit and shared his new design for Kamala Khan to Twitter.

They even offered a new back story for Khan. Image Incorporated wrote, “An aged up Kamala Khan, where she owns her own comic shop and is trying to make it as a comic creator while also being a superhero. Makes for a more interesting story, wouldn’t you say?”

An aged up Kamala Khan, where she owns her own comic shop and is trying to make it as a comic creator while also being a superhero. Makes for a more interesting story, wouldn’t you say?#MARVEL #marvelcomics #comicartist pic.twitter.com/Mx99PzzUUq 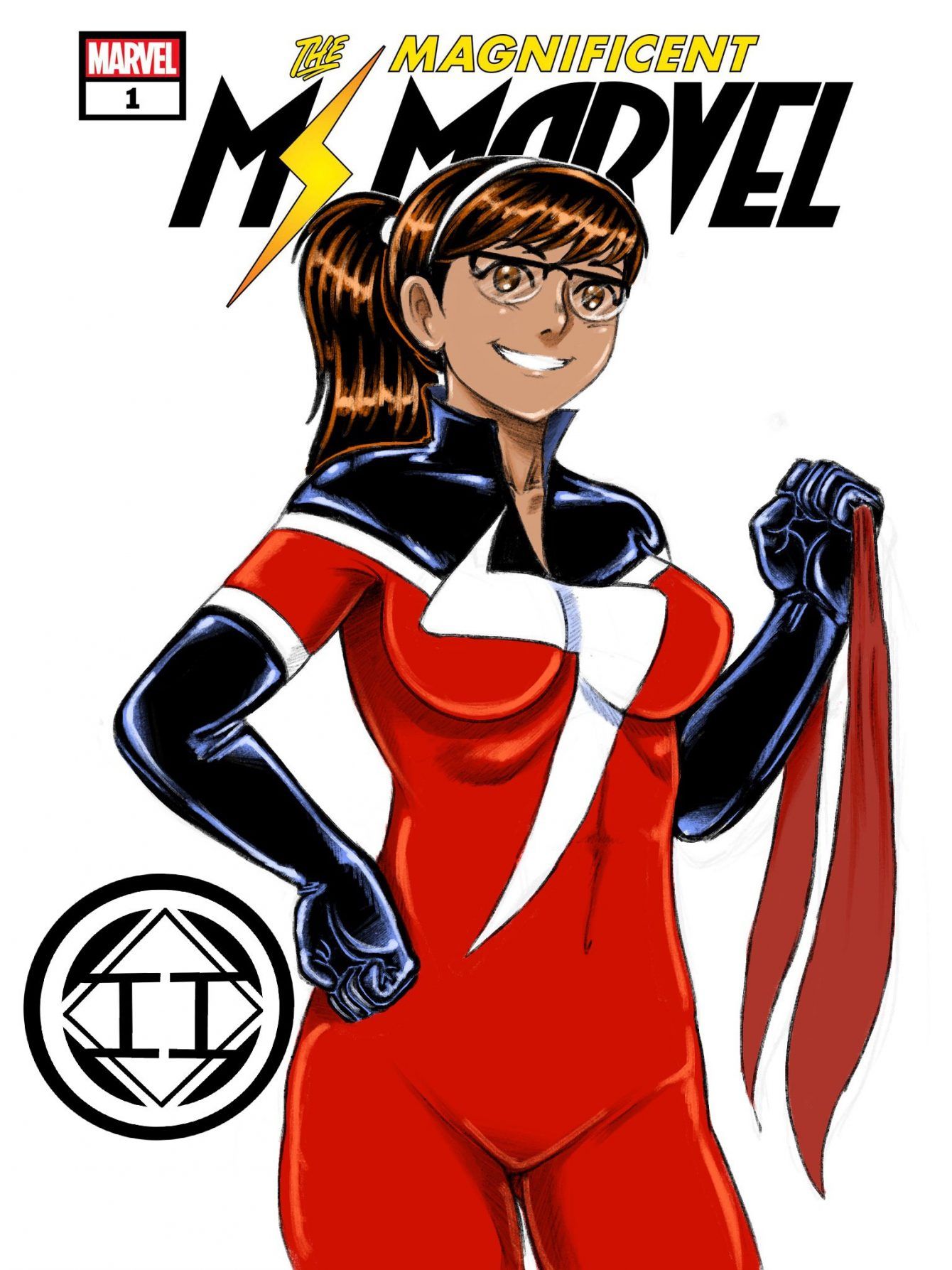 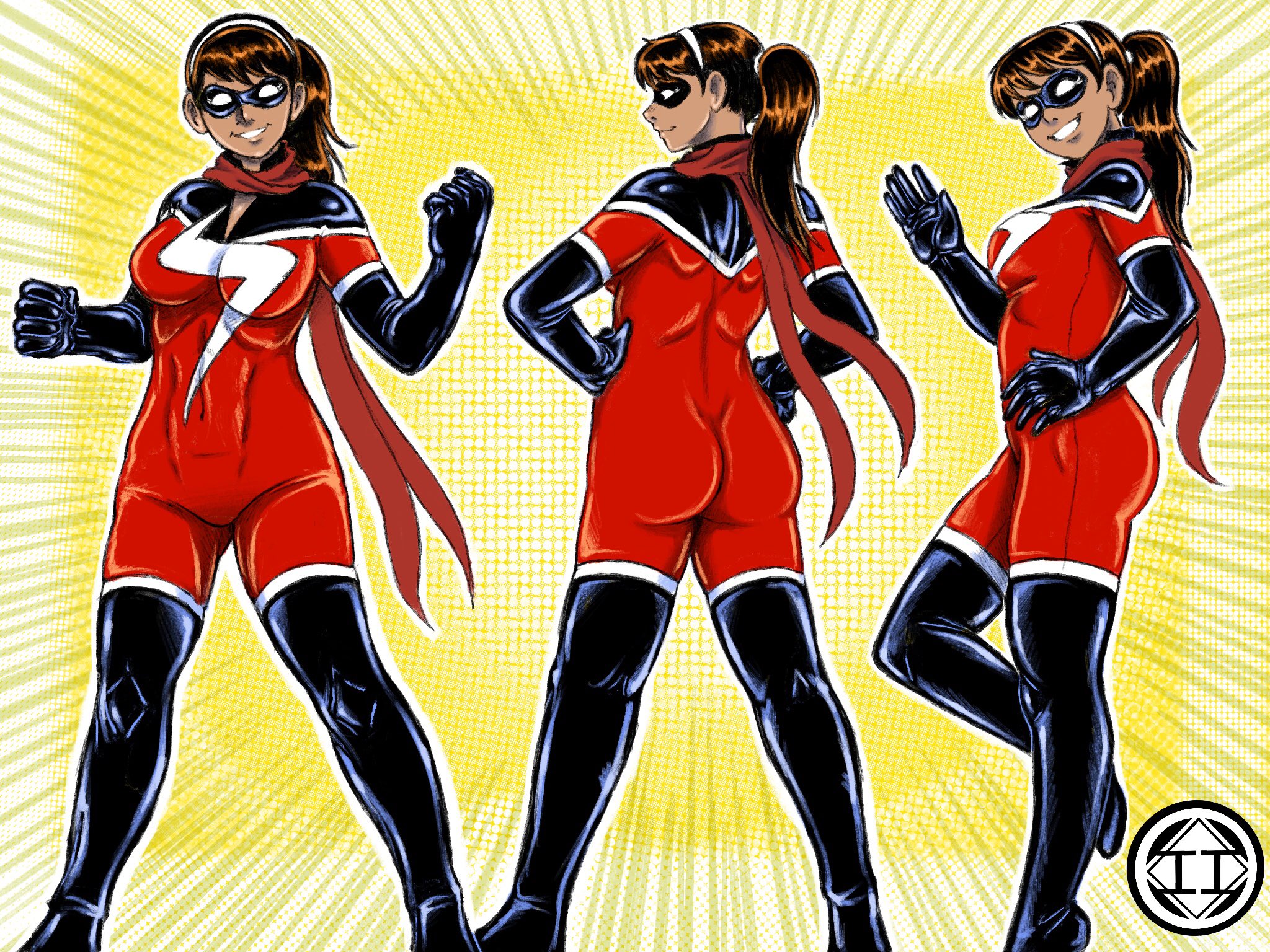 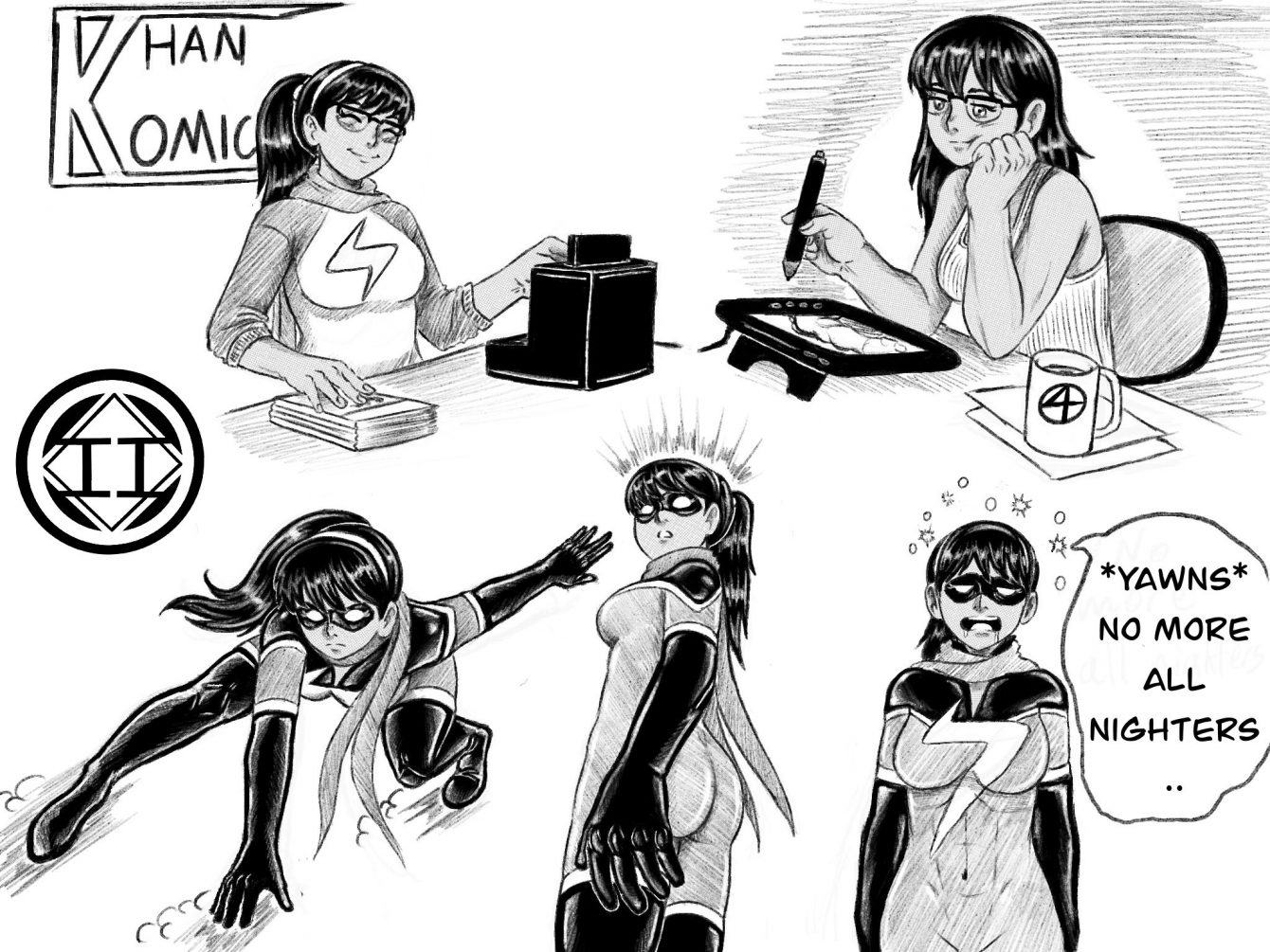 What do you make of this new redesign and the back story idea? Would you be interested in seeing Kamala Khan own Khan Komics?