Patton endorsed this idea when she shared a modified quote from THEM: Covenant creator Little Marvin.

Little Marvin posted a series of slides to his Instagram addressed to his “white friends.”

In the second slide he addressed a number of comments he had been hearing from his white friends.

He wrote, “There is no history in this country that isn’t shared, dear friend. And yet too often it feels like the one of us is left holding the bag in times like this. And it’s heavy. And it’s exhausting. And it’s also a lie.”

Little Marvin continued, “If I’m forced to relive the vile contract signed by this country every time an unarmed black man or woman or child is terrorized or murdered by a white person before my eyes, then you, dear friend, must as well.” 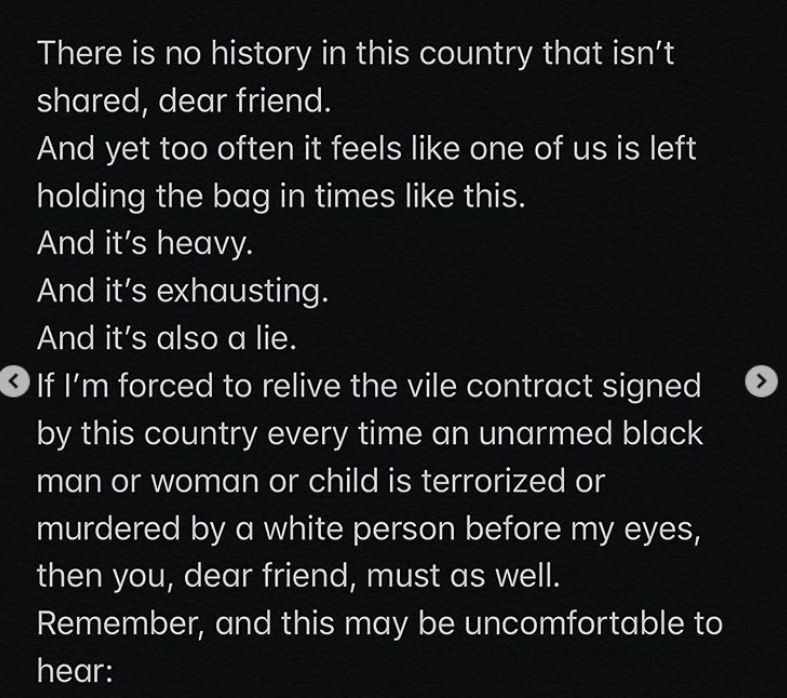 He then added, “Remember, and this may be uncomfortable to hear: Your white skin privilege is not a benign and celestial gift that was bestowed upon you.”

He continued, “It is a benefit accrued over generations of erasure, and genocide, and enslavement, and torture, and capture, and segregation, and redlining, and predatory lending, and prison pipelining, and exclusion, and dismissal,  and contentment, and convenience, and complacency, and neglect, and apathy, and silence.”

“It didn’t materialize. It calcified. It wasn’t earned. It was stolen,” he wrote. 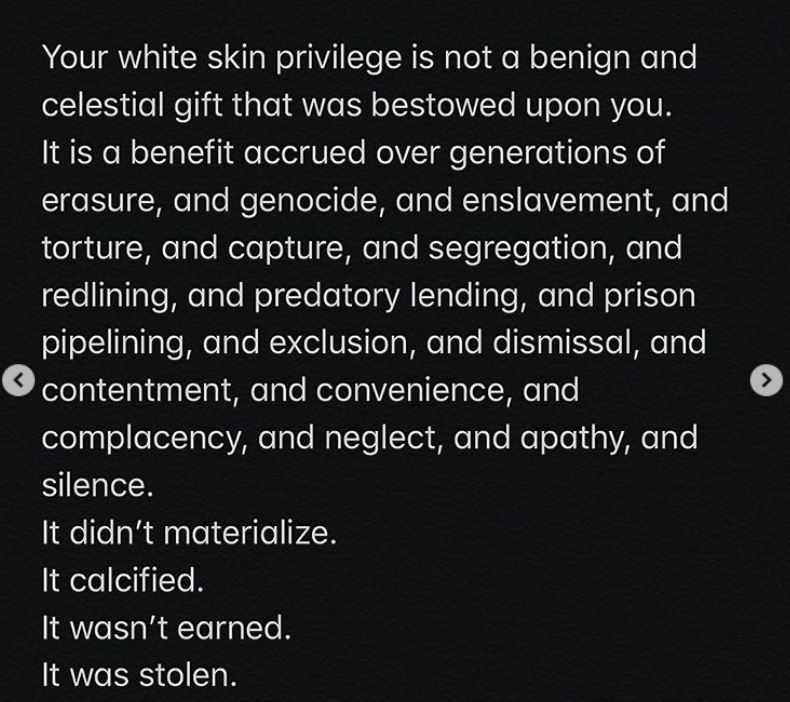 The Instagram post continued, “This is not my moment to answer for you. This is not our problem as black and brown and indigenous people to solve for you. And this is not the time to disappear, dear friend.”

“On the contrary. Please do the very uncomfortable work of listening without defense. Speak to each other. Gather. Read. There are many wonderful resources out there (“White Fragility” by Robin Diangelo is a fantastic place to start),” he continued.

Little Marvin added, “Ask yourself what you’ve grown comfortable accepting. Seek out and shame those amongst you who seek to turn back the clock.” 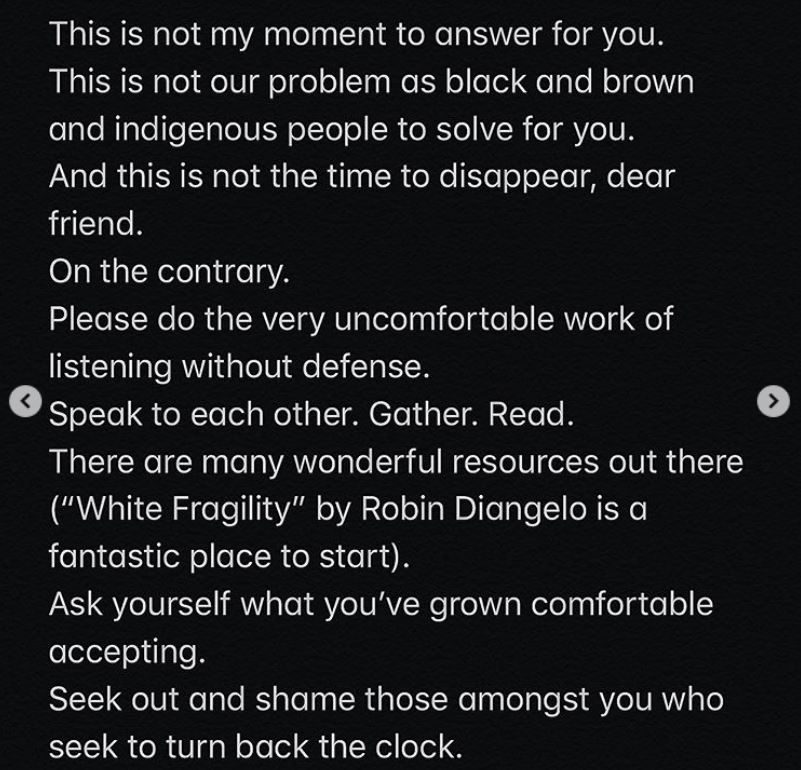 He then urged his followers to “call out micro-aggressions in real time. Recognize your own. Do what you can to open spaces and reform systems that have ensured your own mobility to the detriment and stagnancy of others, block to boardroom.”

He concluded, “Get vocal. Get moving. MAKE IT PUBLIC. Our history is shared. This moment is shared. It’s not just mine. It’s yours.” 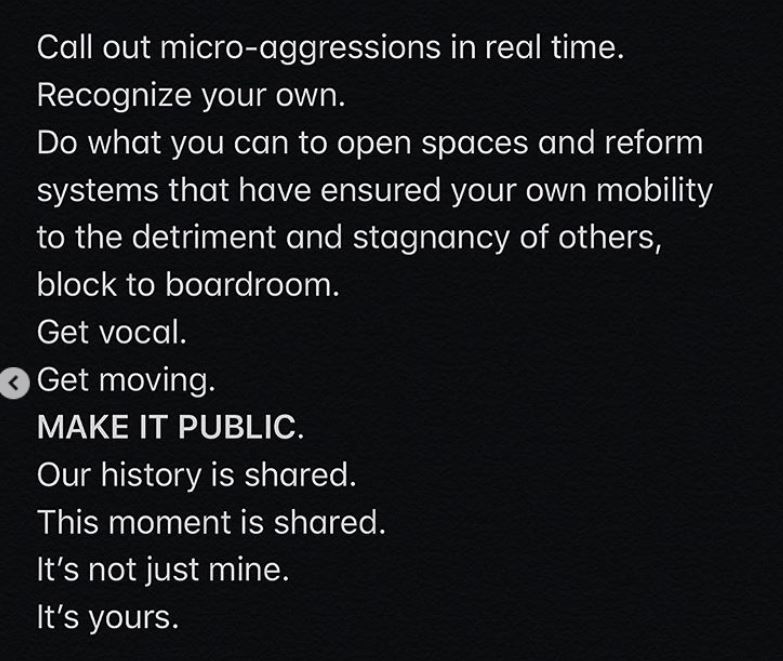 Patton would seemingly endorse Little Marvin’s message and shared a modified version of the third slide to her Instagram prefacing it writing, “His full post is worth a read this is just the most powerful part IMO. With love, CP.”

Patton wasn’t the only one to seemingly endorse the message. Supergirl actor Mehcad Brooks also appeared to endorse it as well. He wrote in the comments of Patton’s Instagram, “And we truly are the embodiment of the American dream. 💯” 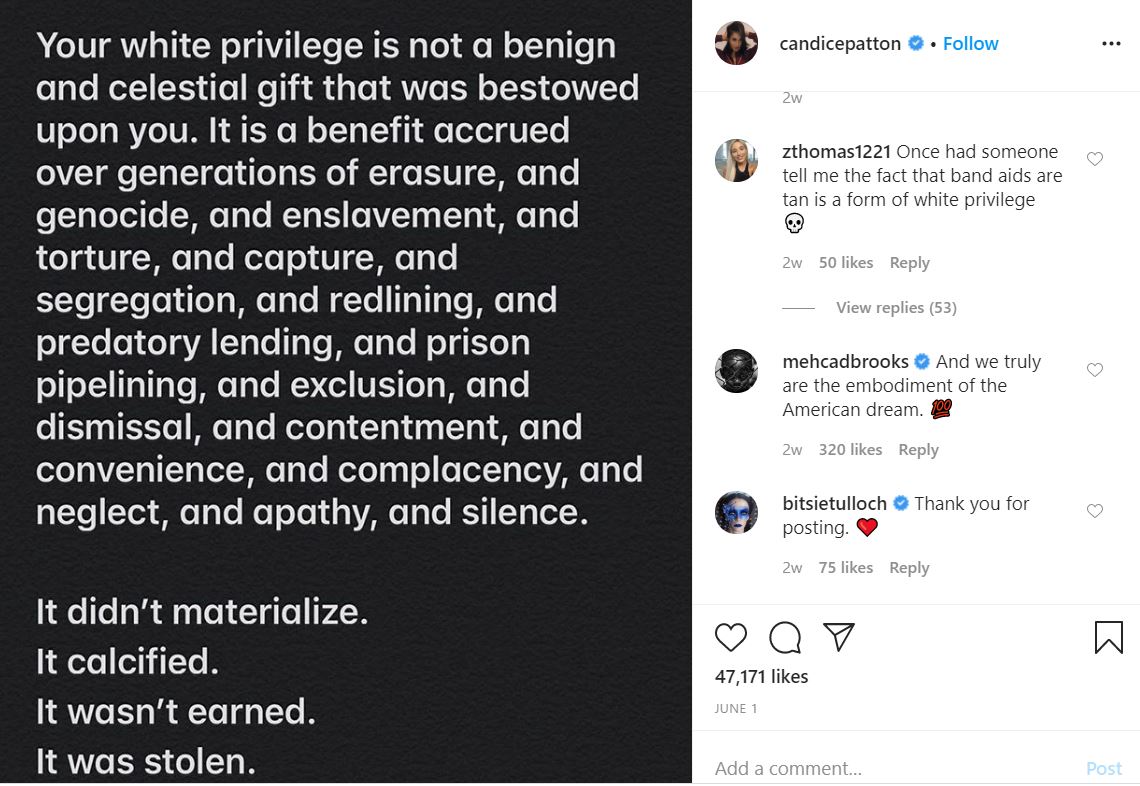 Patton, who is a Hollywood celebrity, also appeared to endorse the idea of systemic racism posting a lengthy quote from Scott Woods.

In 2014, Morgan Freeman appeared to reject or at least downplay this idea when he was asked if race plays a part in wealth distribution.

Morgan responded, “Today? No. No. I don’t. I don’t You and I, we’re proof. Why would race have anything to do with it? Stick your mind to what you want to do and go with that.”

He added, “It’s kind of like religion to me. It’s a good excuse for not getting there.”

When discussing the news cycle being dominated by race, Freeman states, “And if you talk about it, it exists. It’s not like it exists and we refuse to talk about it. But making it a bigger issue than it needs to be is the problem we have.”

What do you make of Patton’s comments?