Hasbro confirmed that Beast Wars characters will show up in Netflix and Rooster Teeth’s Transformers: War For Cybertron trilogy.

During Hasbro PulseCon 2020, the toy manufacturer revealed multiple Maximal and Predacon collectibles that will be featured in the third part of the Transformers: War For Cybertron trilogy titled Kingdom.

Hasbro teased the collectibles on their Instagram, but provided quite a bit more details on the official Hasbro Pulse website. 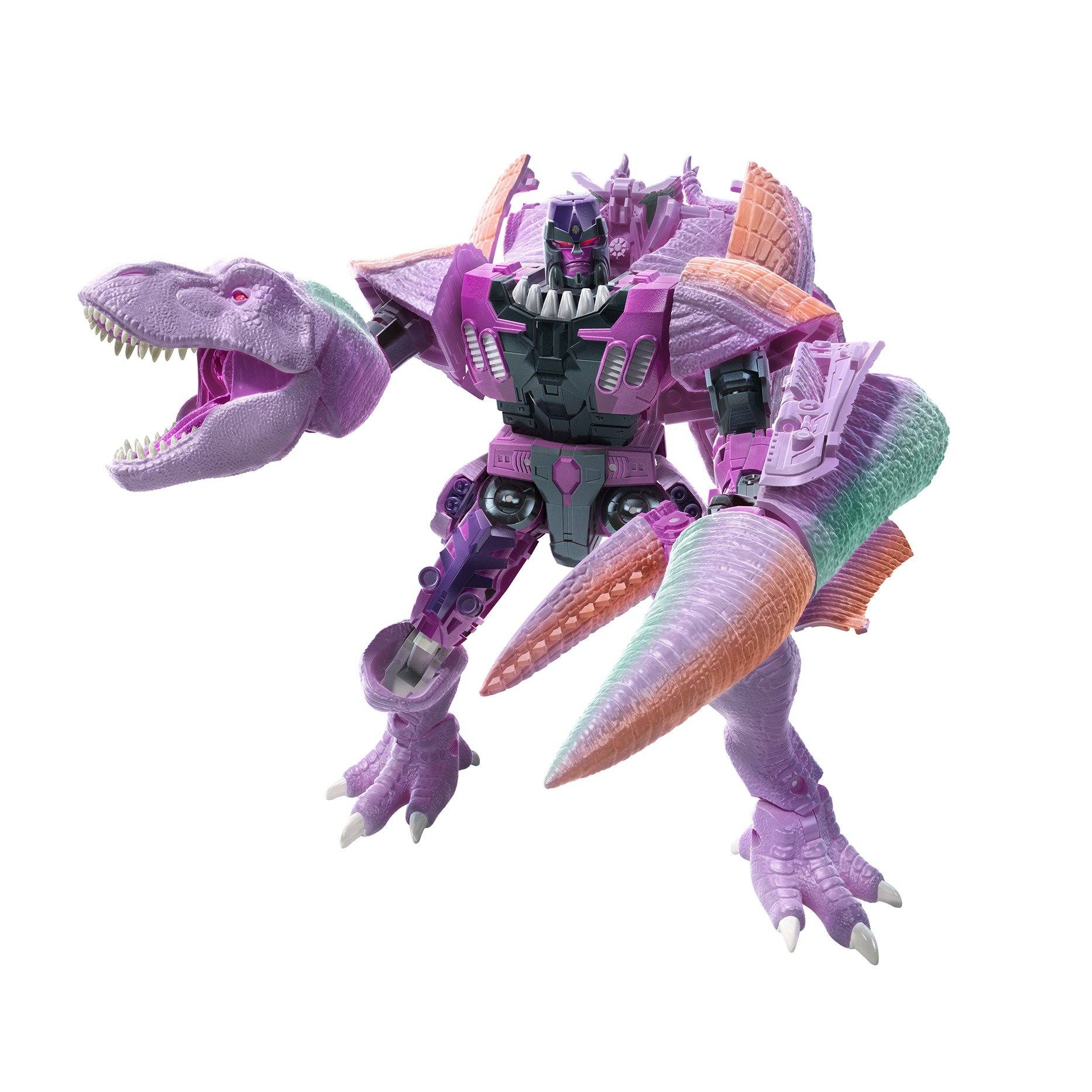 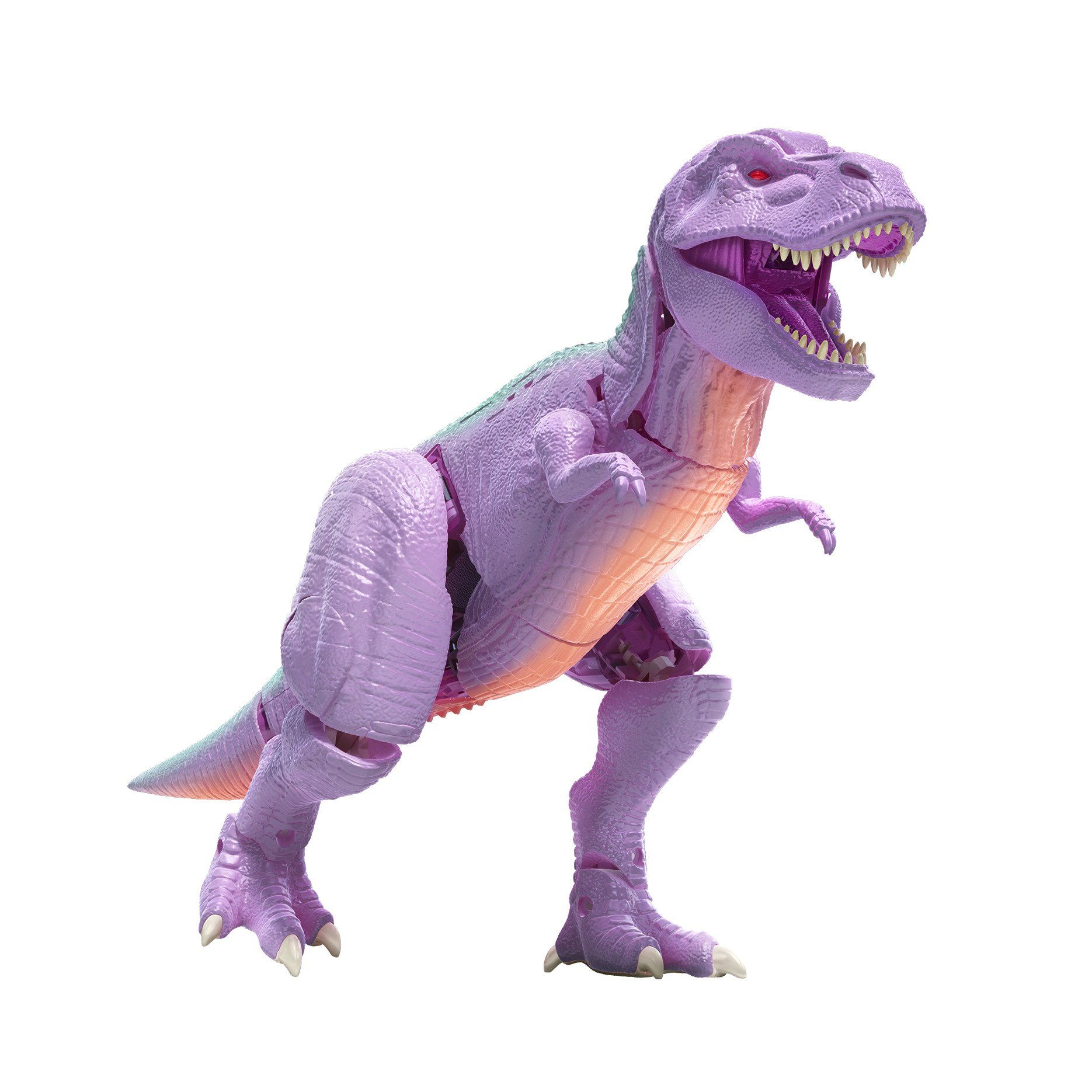 The figure “includes a Golden Disk card that reveals a possible destiny of a key character.” Hasbro reveals there will be there alternate destiny variants for each character. 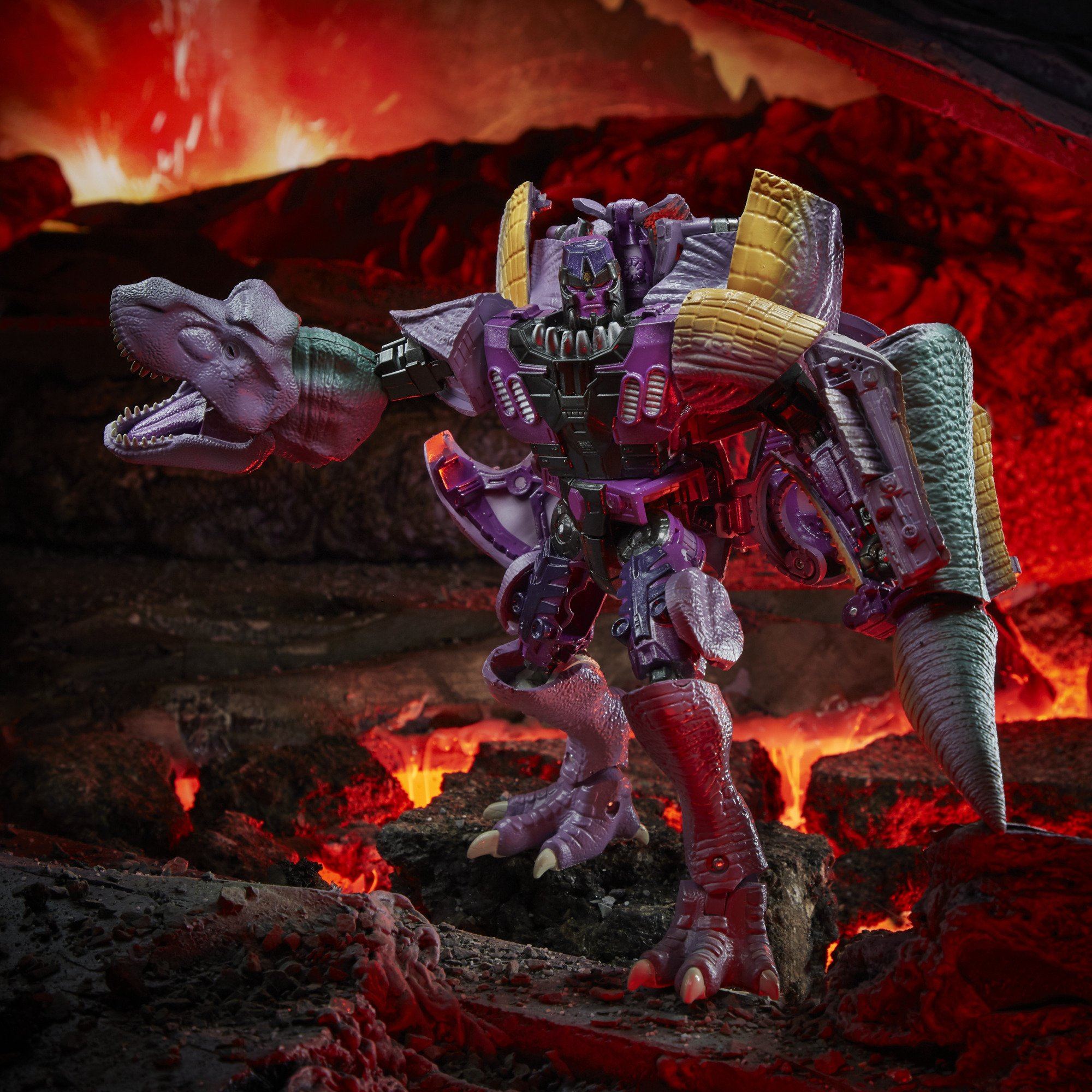 It is possible to add the laser fire effect to Megatron by placing fire blast accessors inside his head. Unfortunately, the accessories are sold separately with other figures. 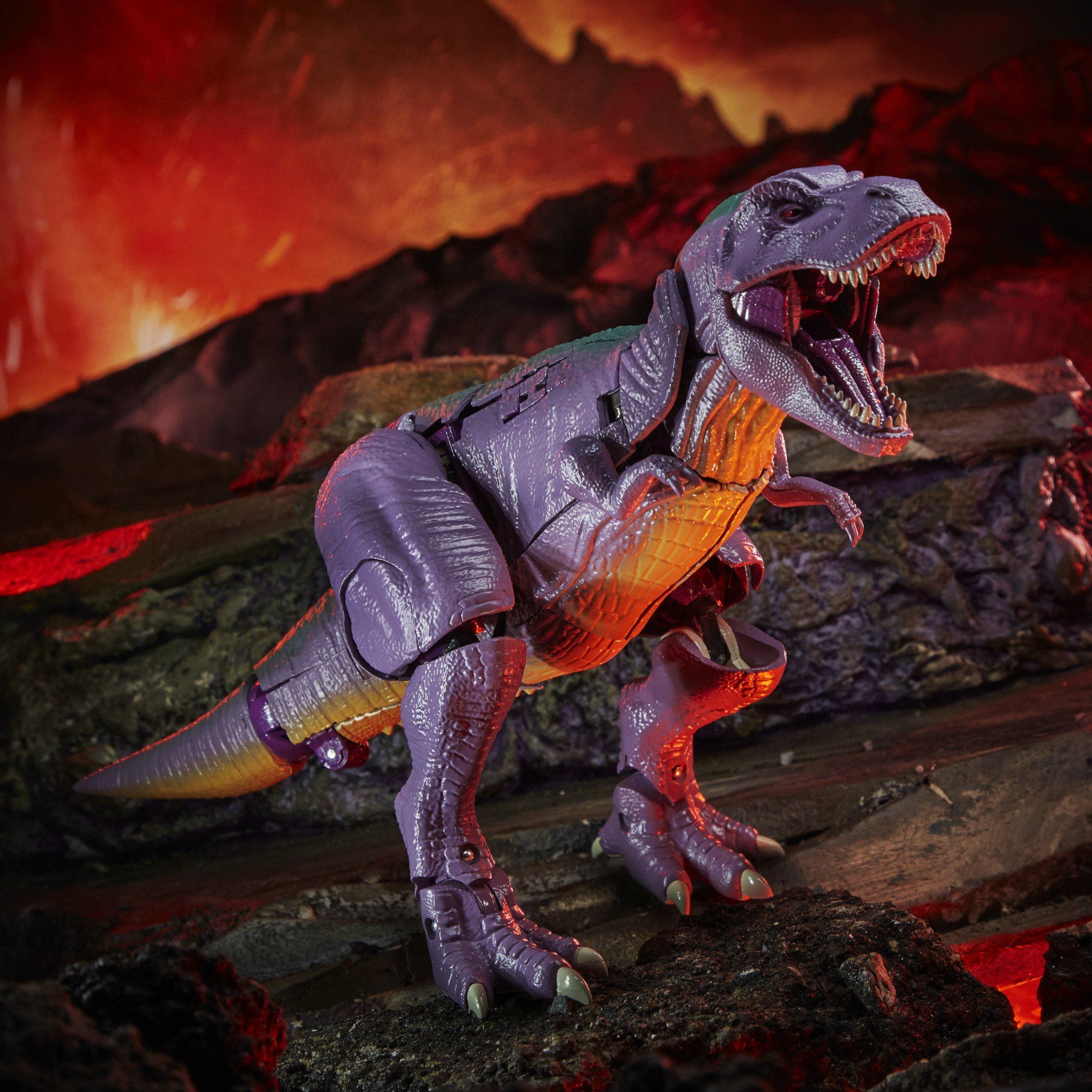 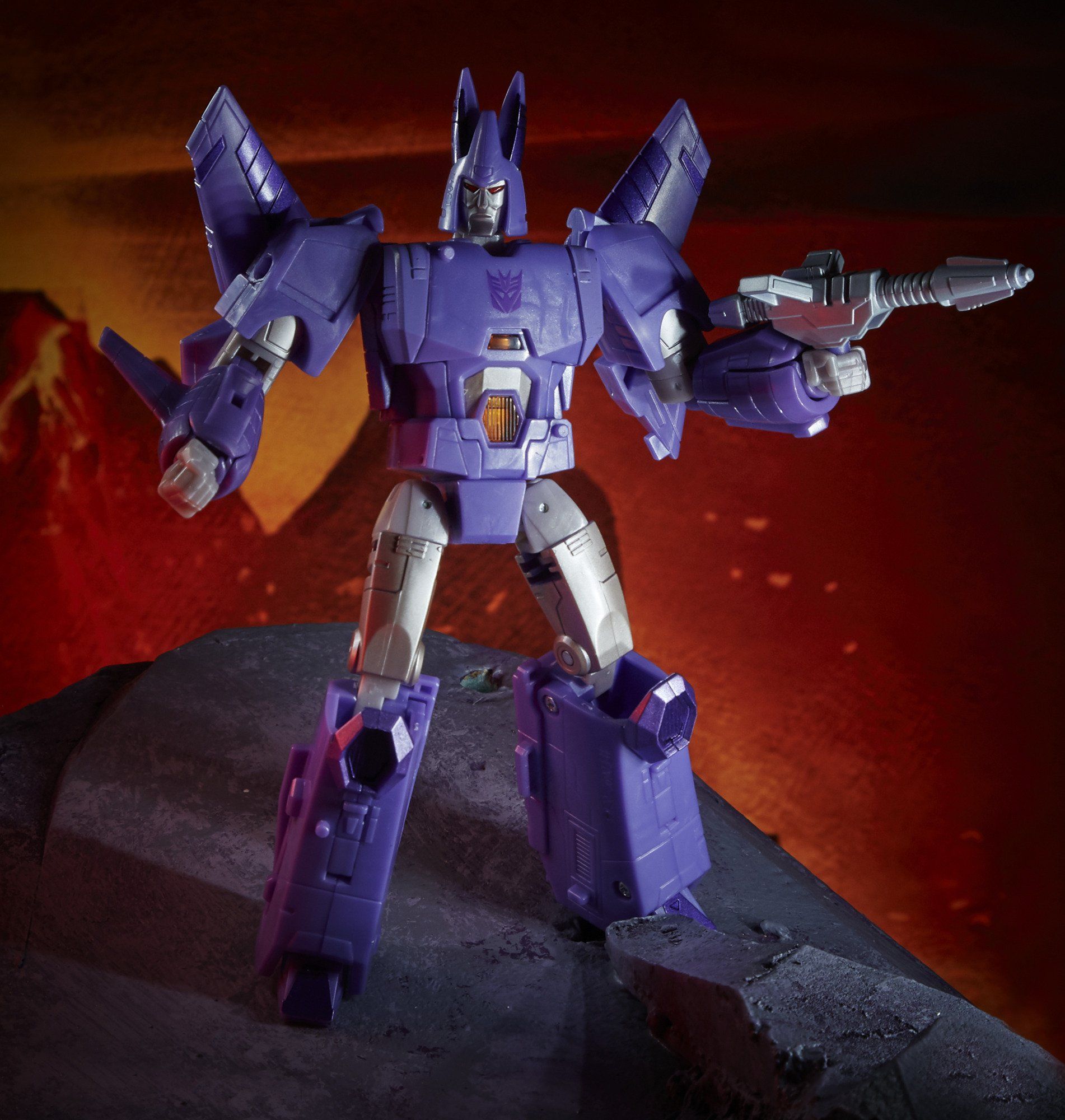 Cyclonus first appeared in the 1986 film as the Herald of Unicron after Bombshell or Skywarp was reformatted into the second-in-command of Galvatron. 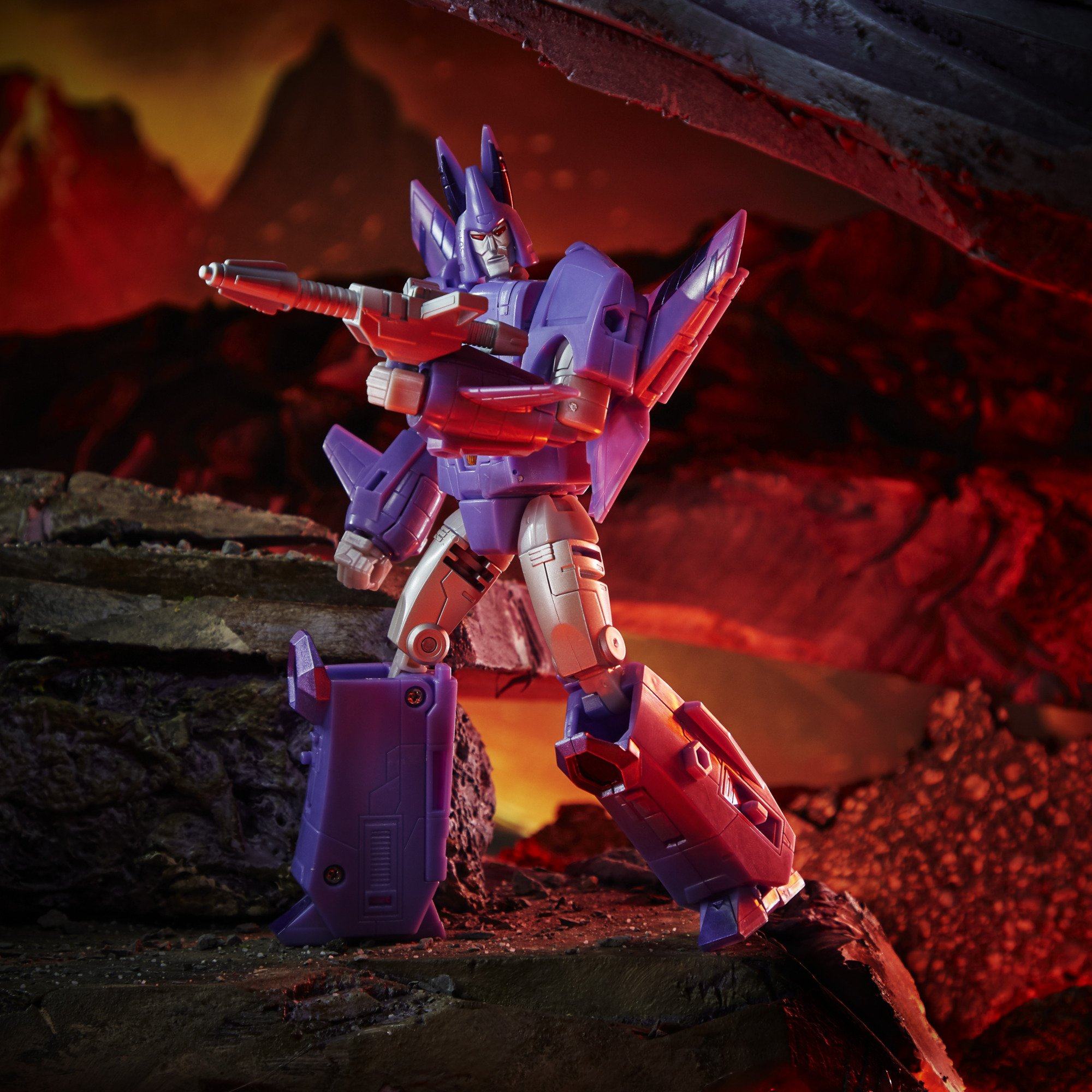 Cyclonus is able to convert into a Cybertronian fighter craft in 34 steps. The figure also comes with an Oxidating Laser accesory. 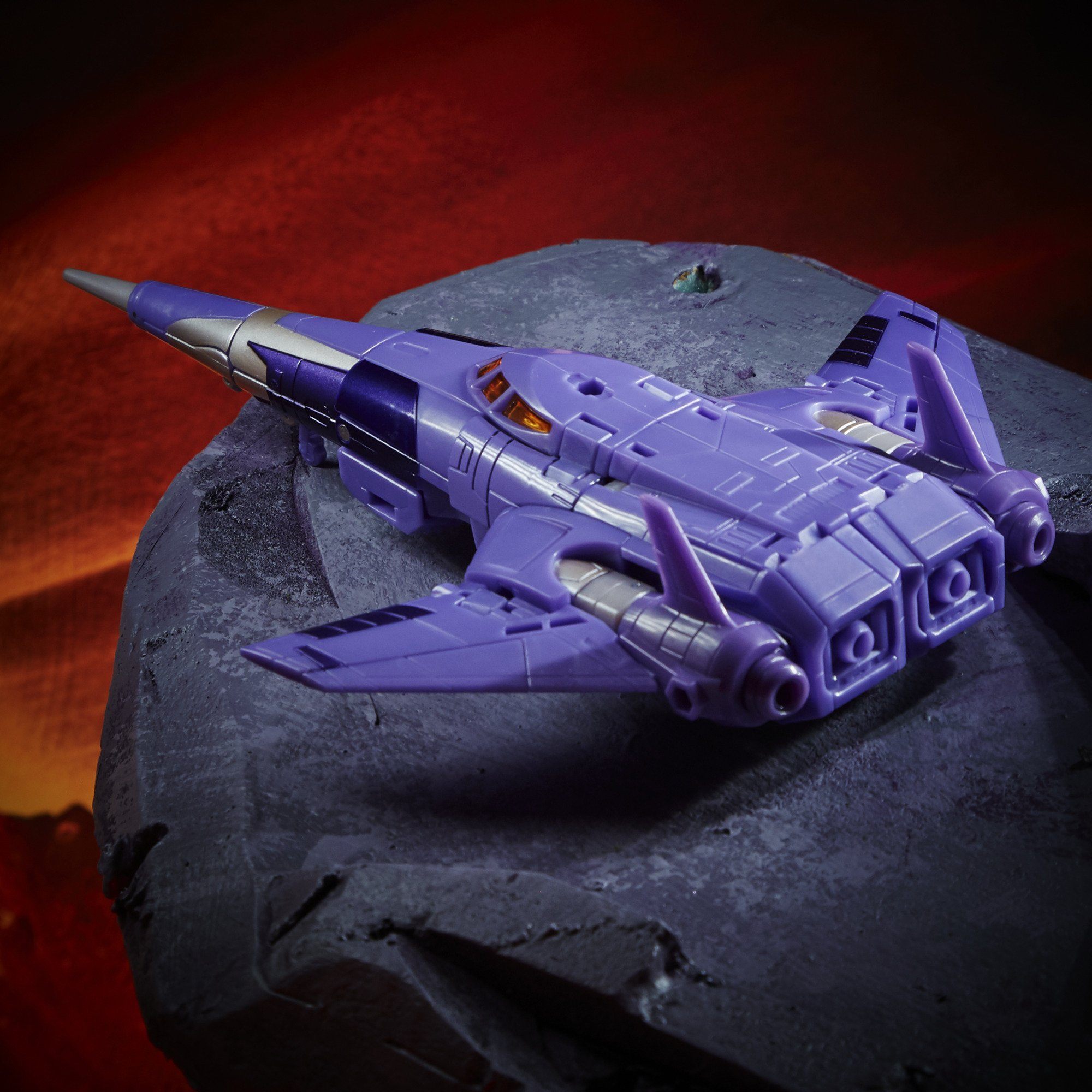 Like Megatron, he comes with a Golden Disk card. 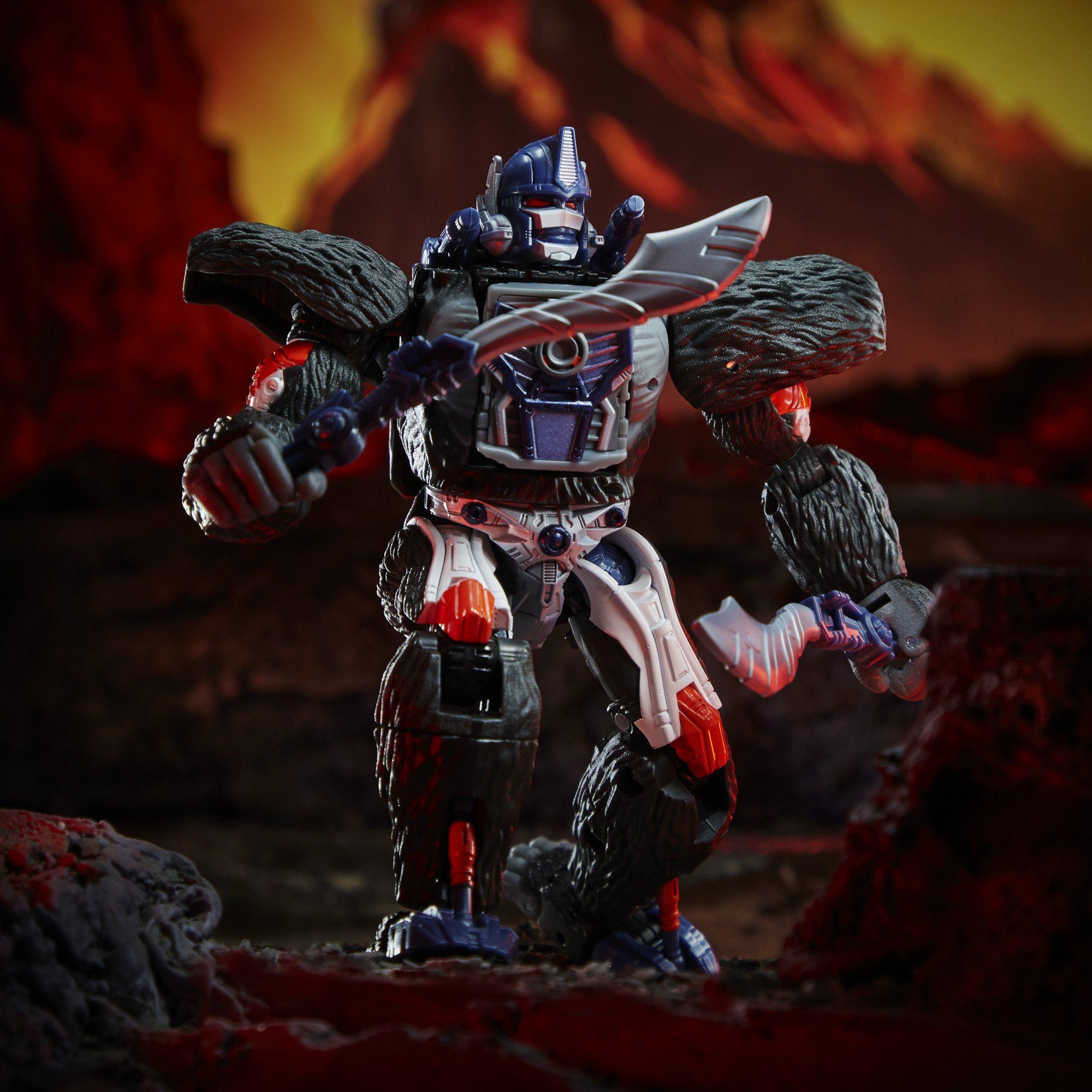 Optimus Primal transforms into his iconic gorilla mode in 22 steps. The figure also features hip articulation that allows him to be either posed in a crouch or standing upright. 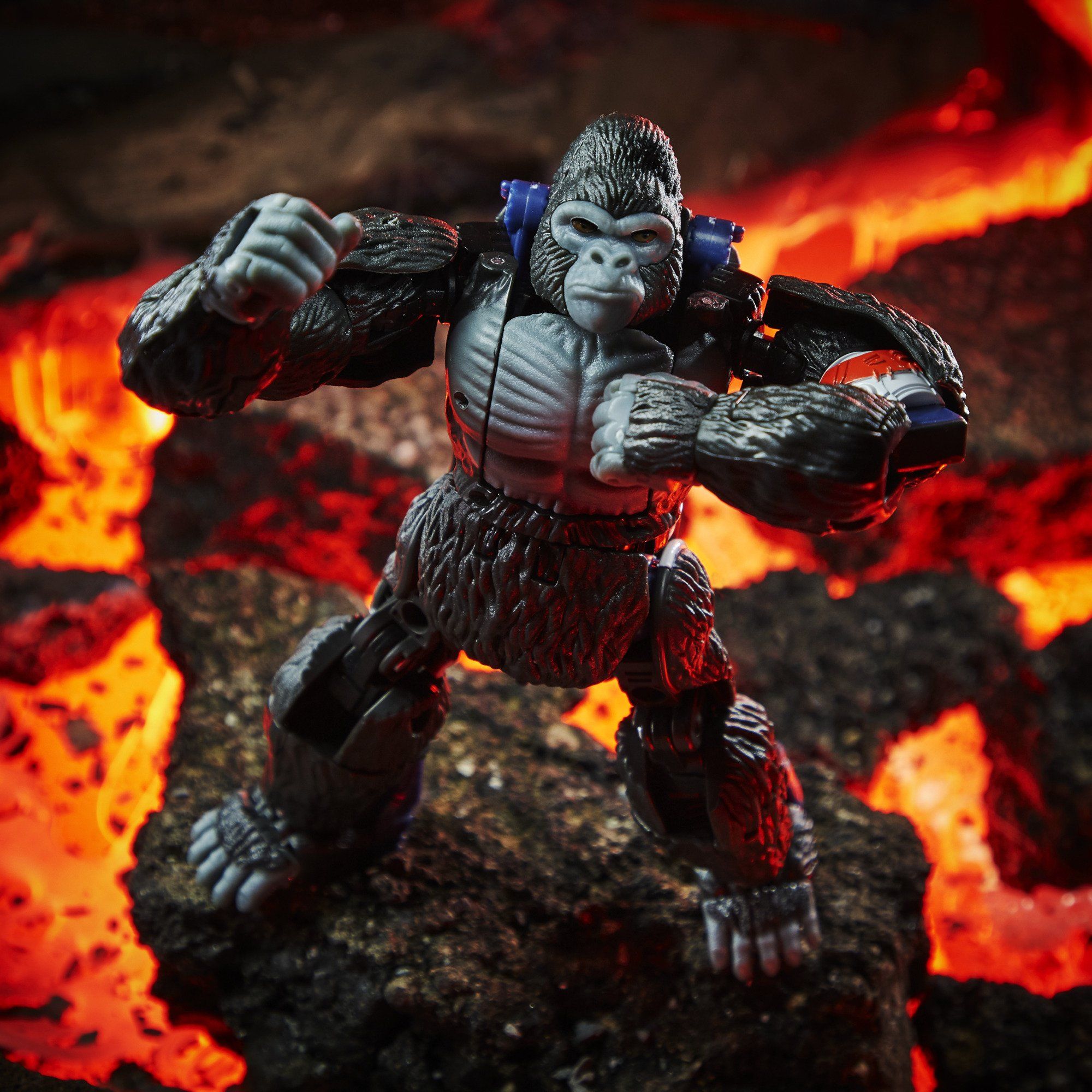 The collectible comes with 2 Cyber Blade accessors that attach to his back. It also featured hidden forearm cannons and Mega Blasters. 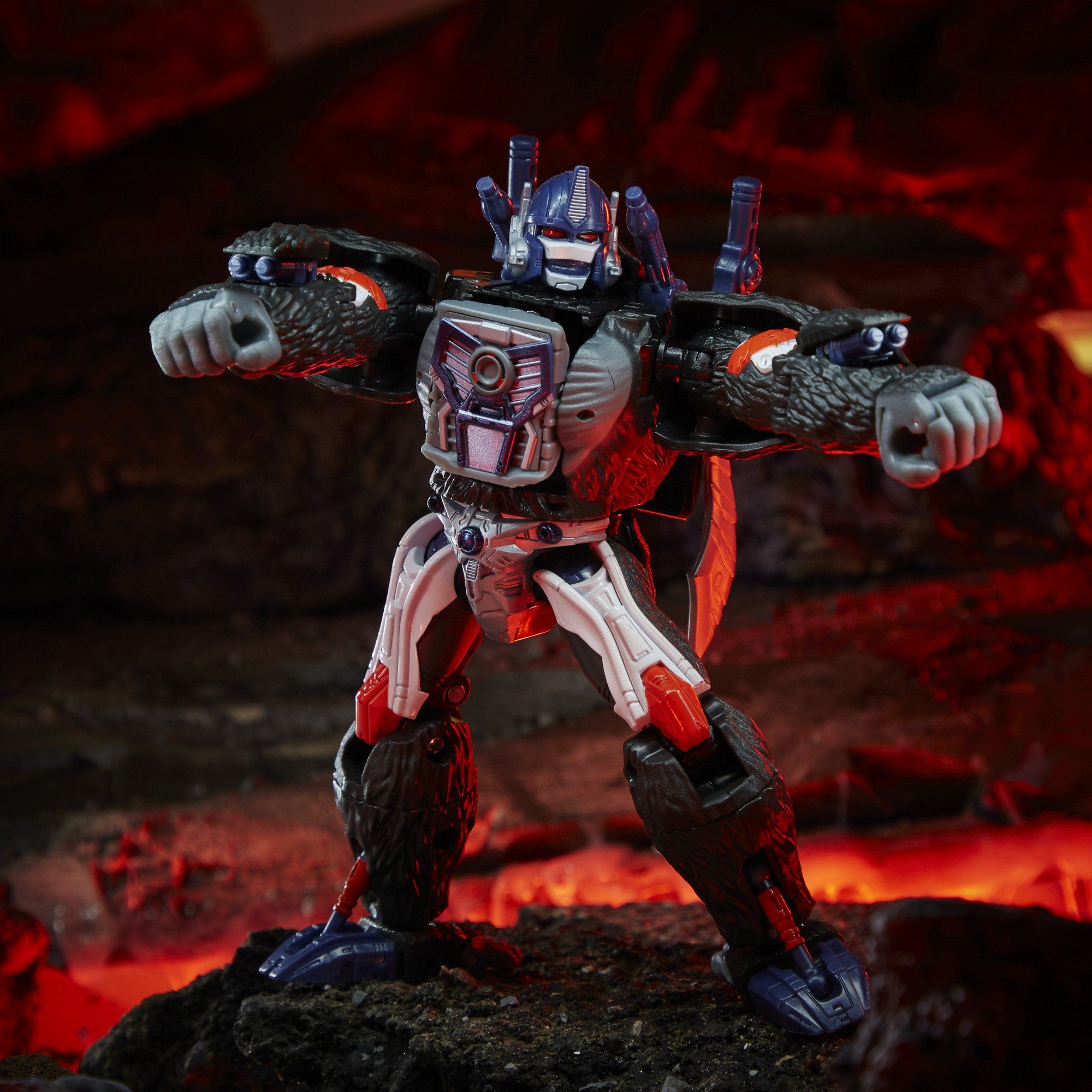 Hasbro would go on to reveal Warpath. 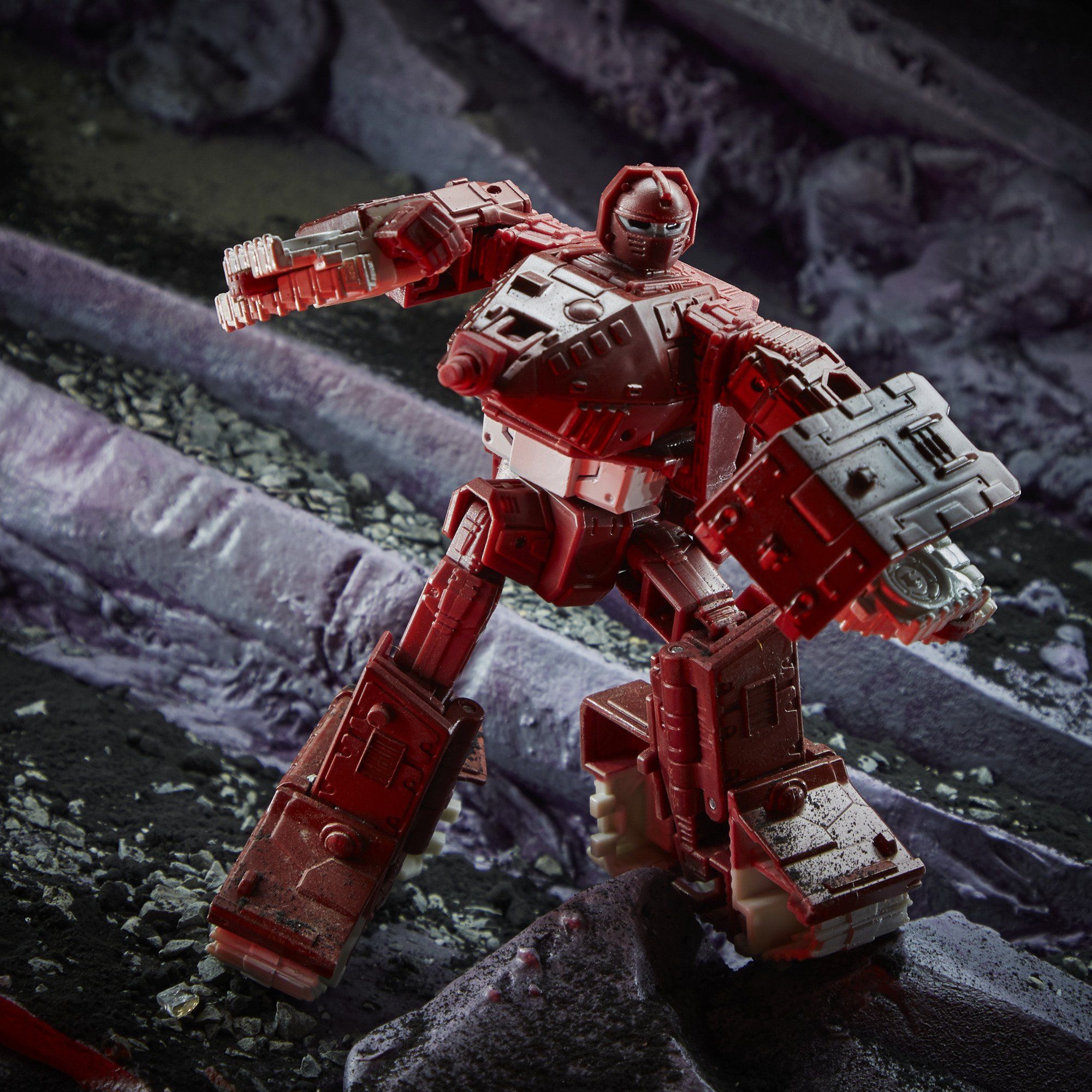 Warpath converts into a Cybertronian tank mode in 26 steps and features a rotating turret tank turret as well as a shoulder shield accessory. 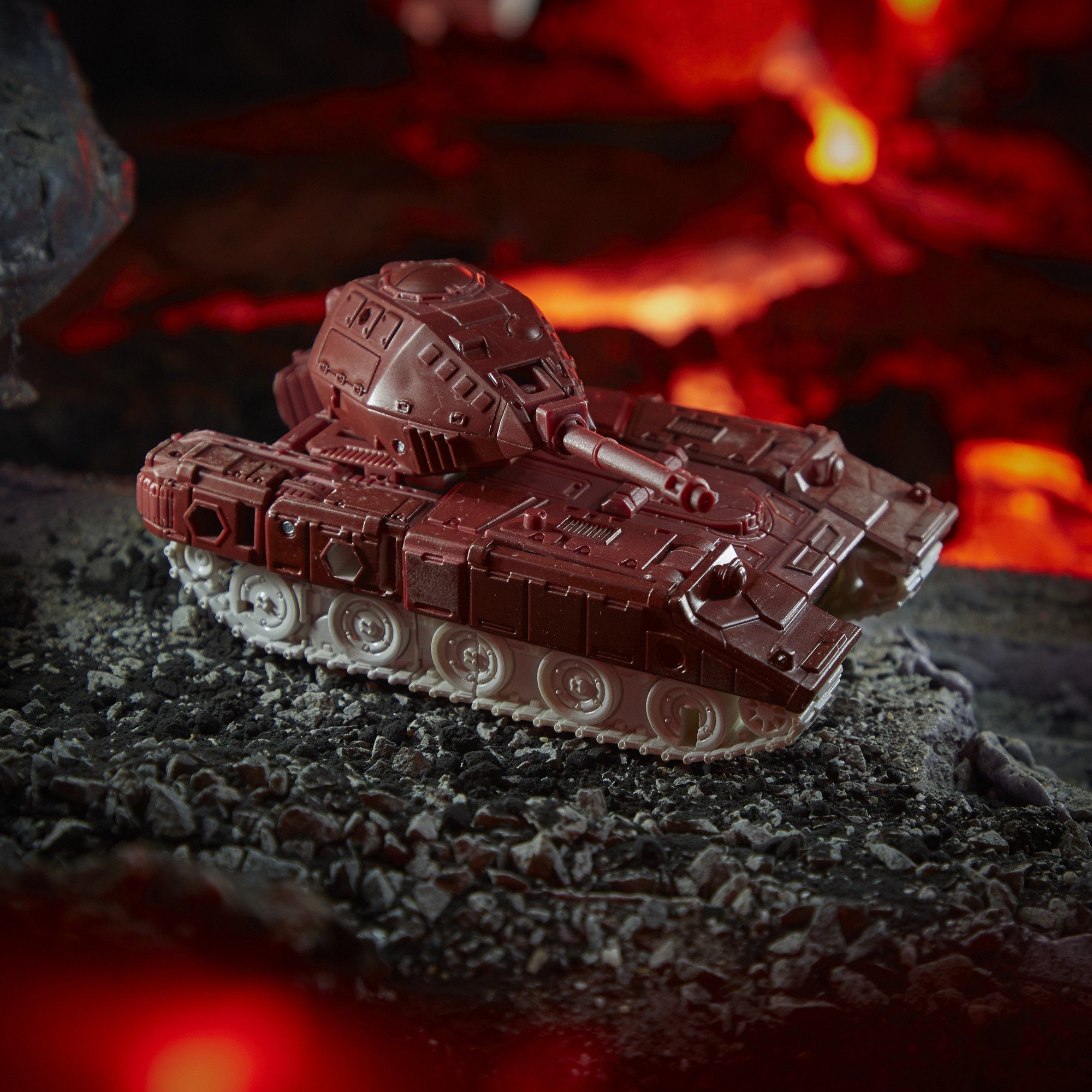 Like the other figures, Warpath also includes a Golden Disk Card.

However, Warpath is also unique in that he can use the Deluxe Fossilizer figures to beastify himself with bone armor.

Related: A New Rumor Says M.A.S.K. Will Appear Alongside G.I. Joe and Transformers In An Upcoming Live-Action Film 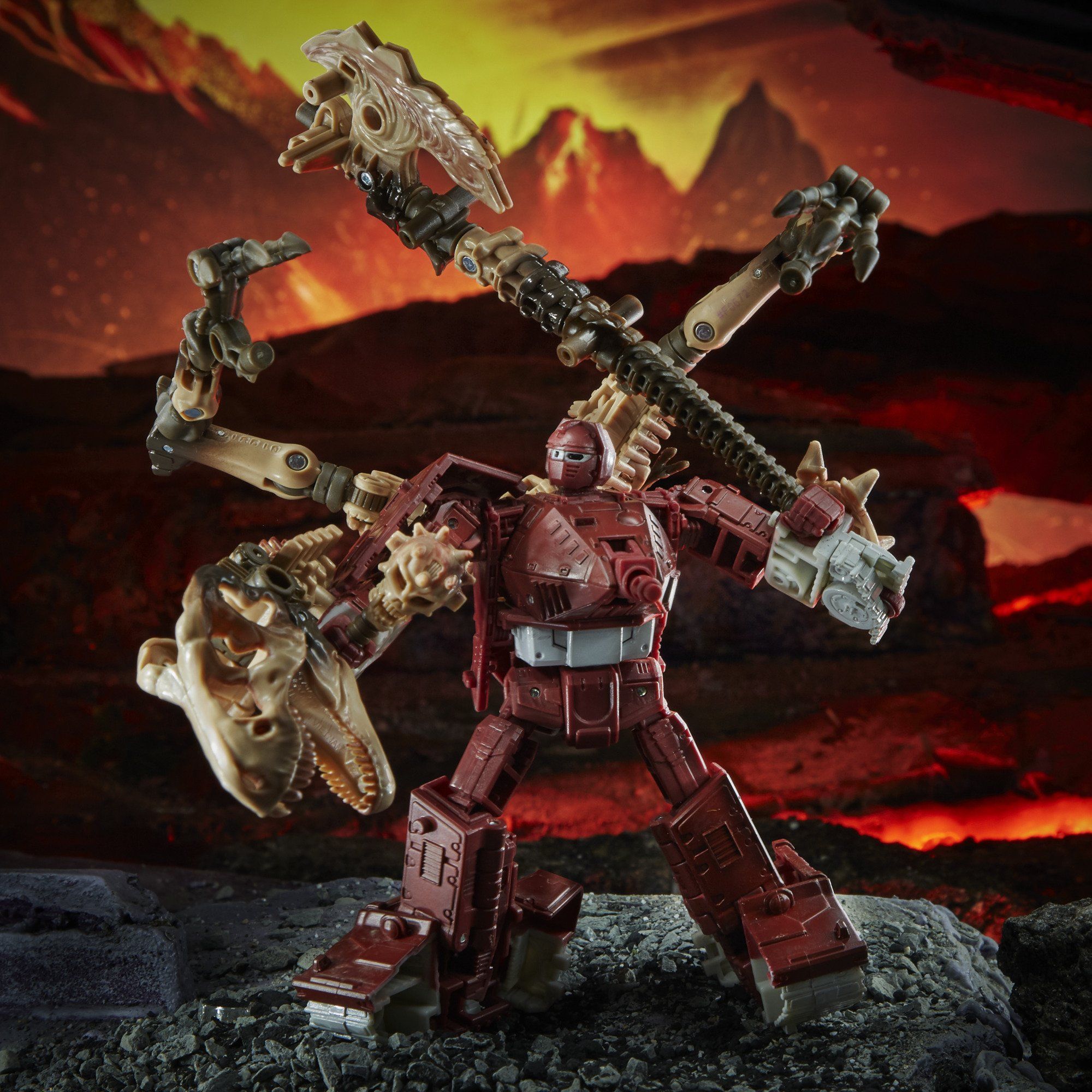 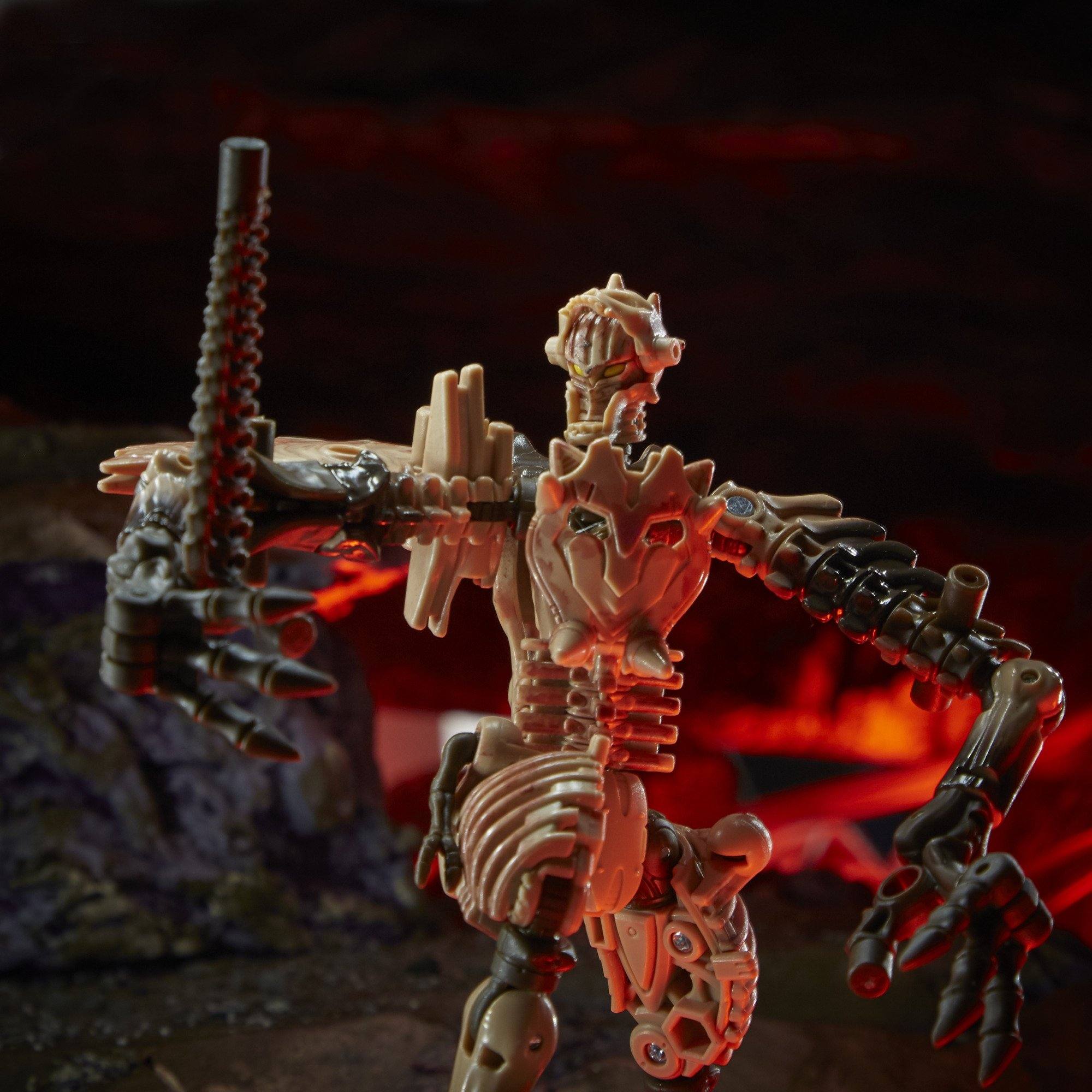 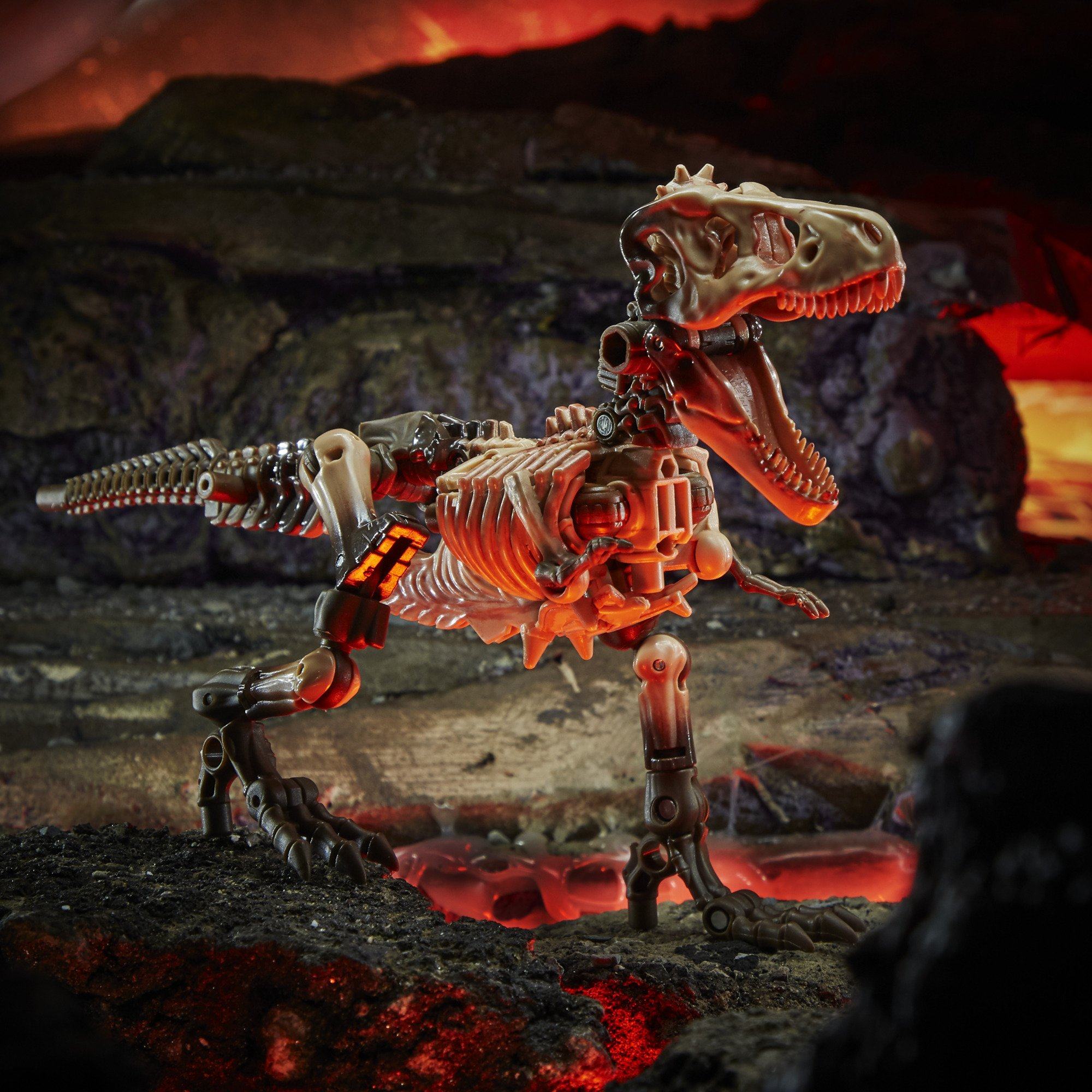 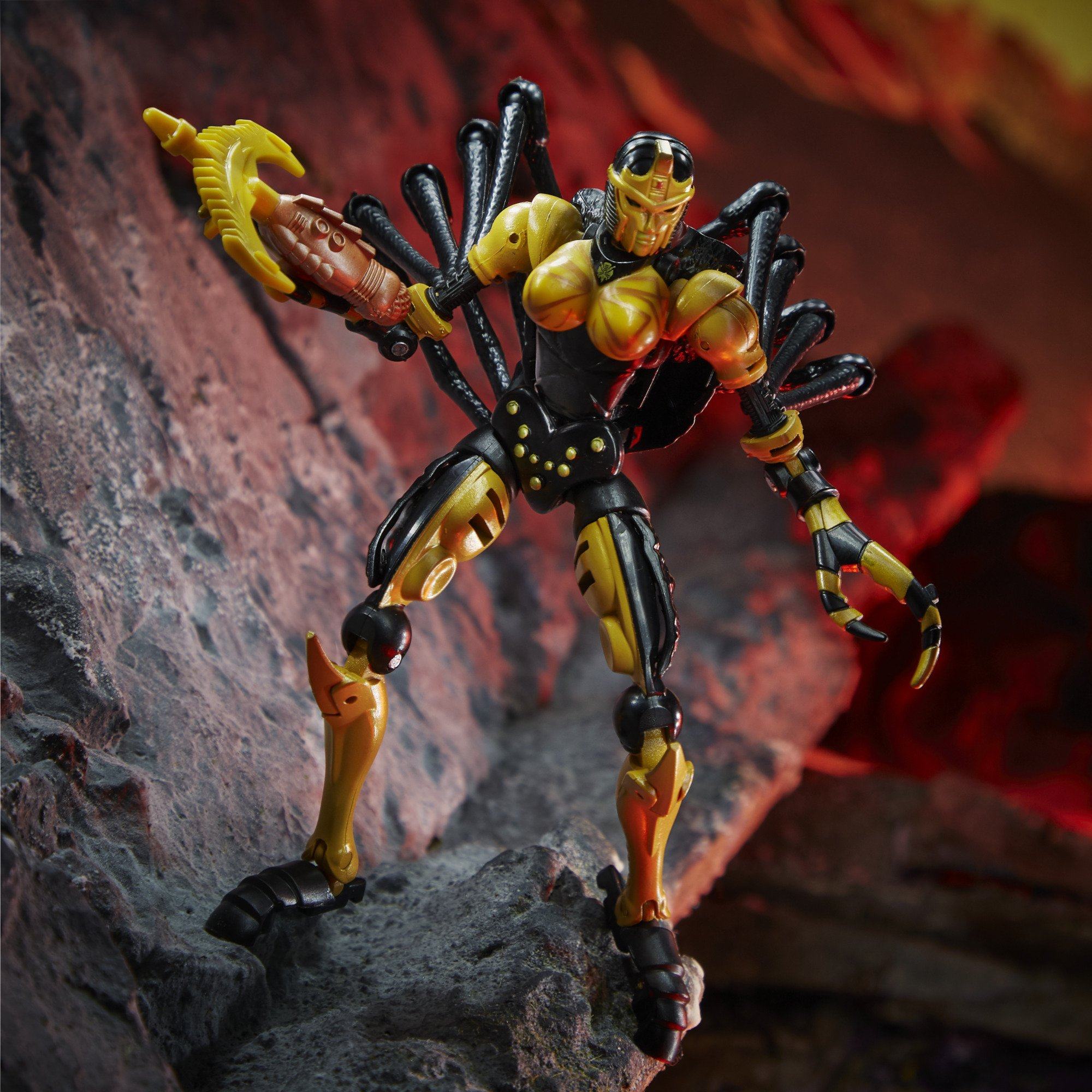 Related: Transformers and Back to the Future Crossover Announced

Blackarachnia converts into its spider mode in 20 steps. The character also comes with a crossbow accessory. 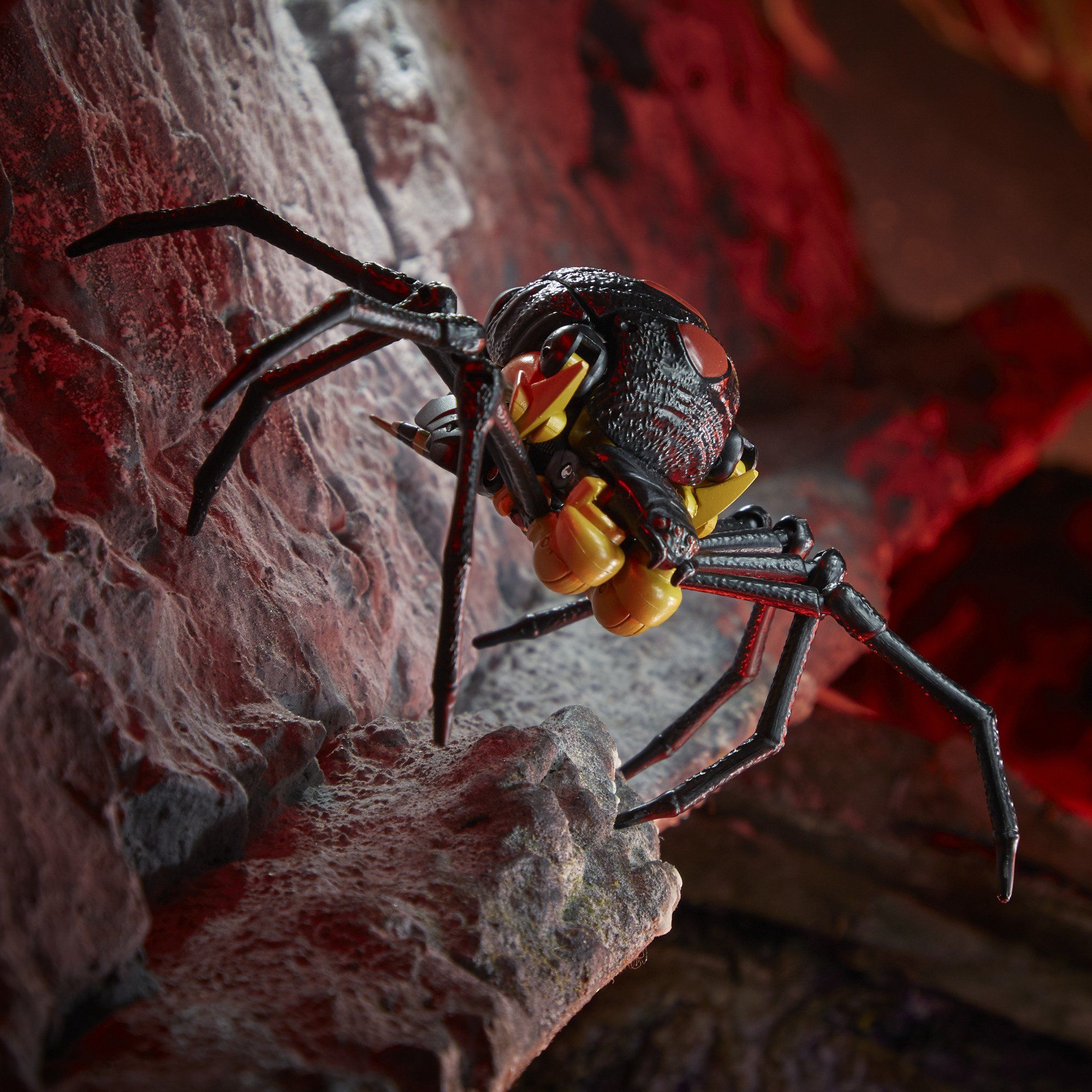 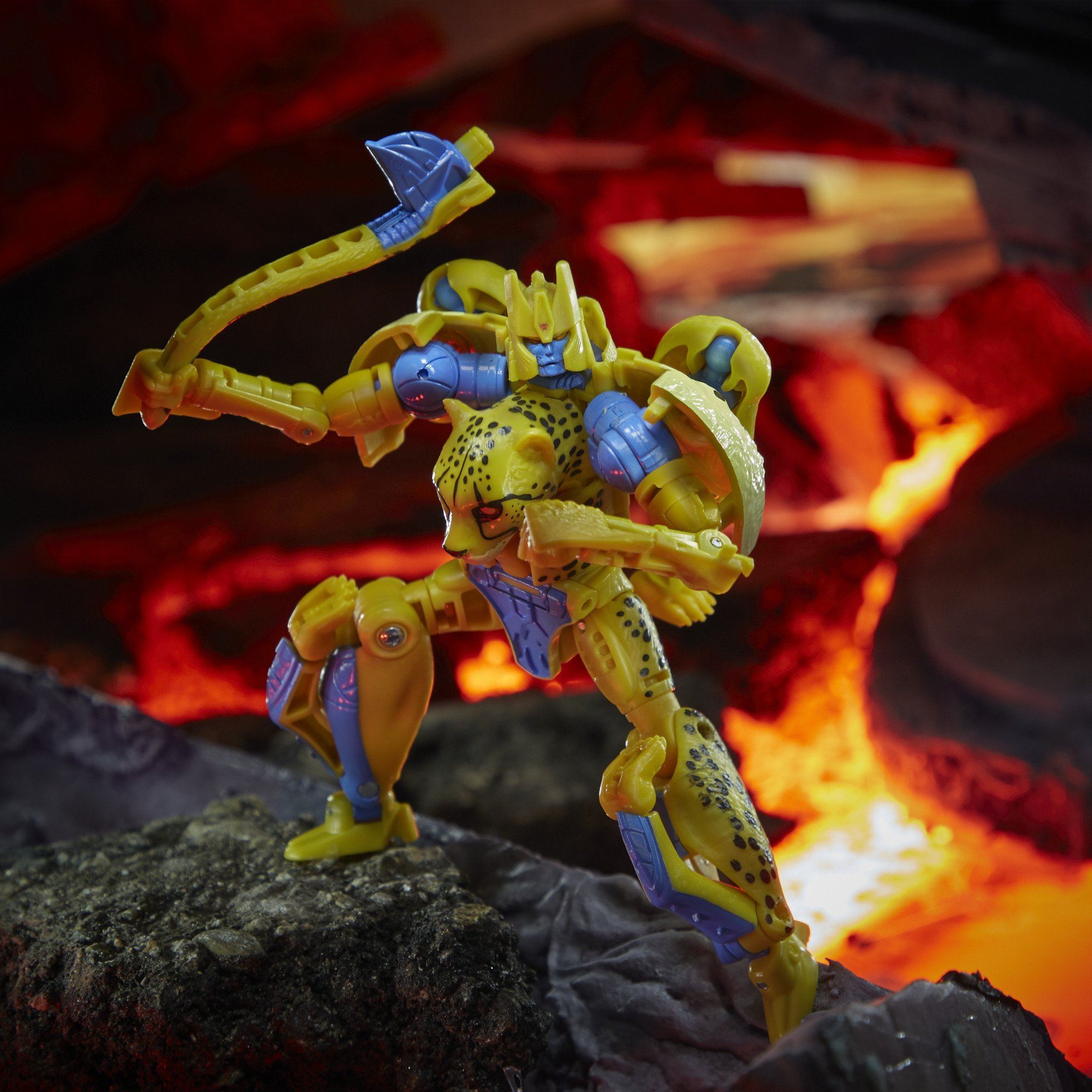 Cheetor converts into his cheetah form in 20 steps. The figure also features lower jaw articulation. The tail is also able to detach during transformation and becomes a tail whip. 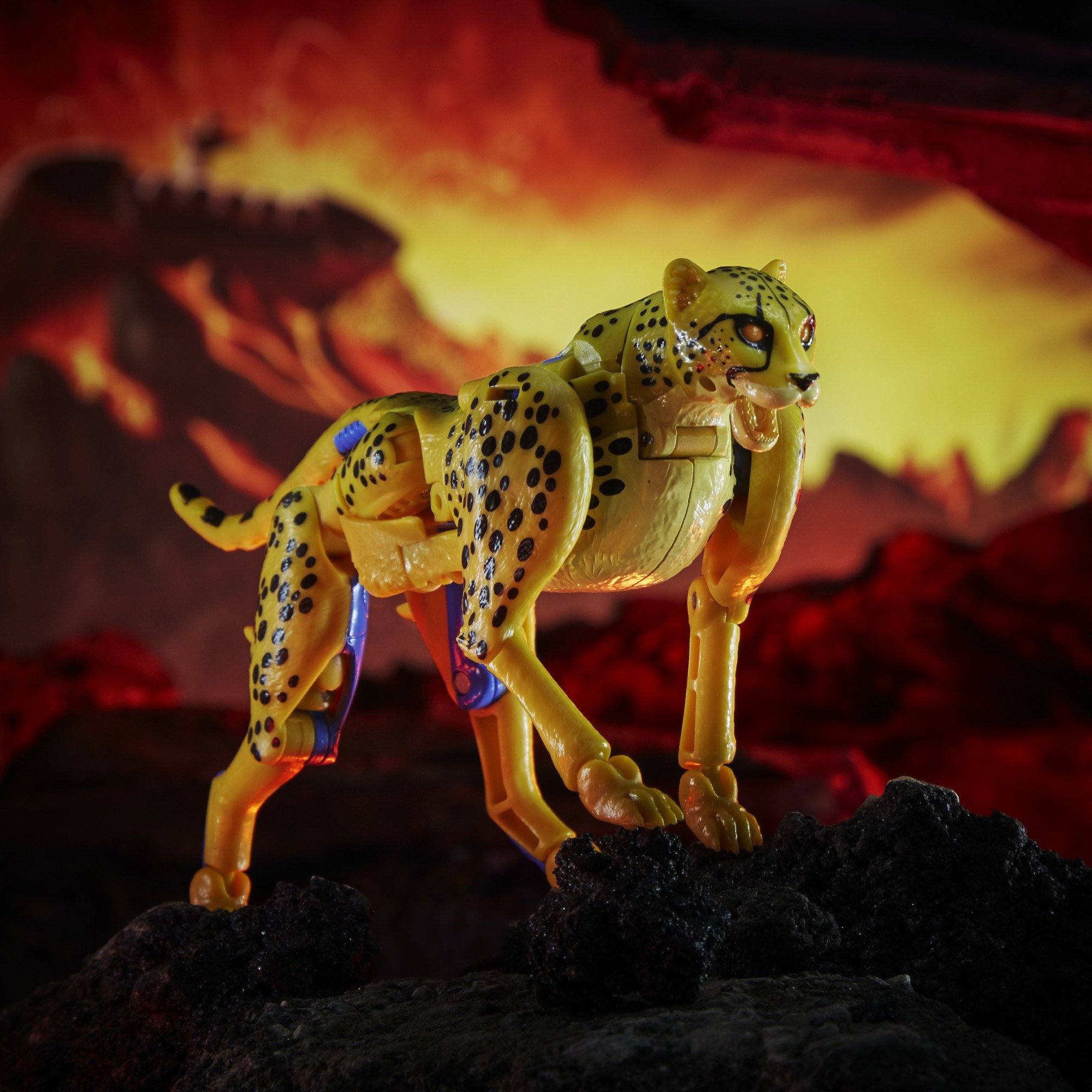 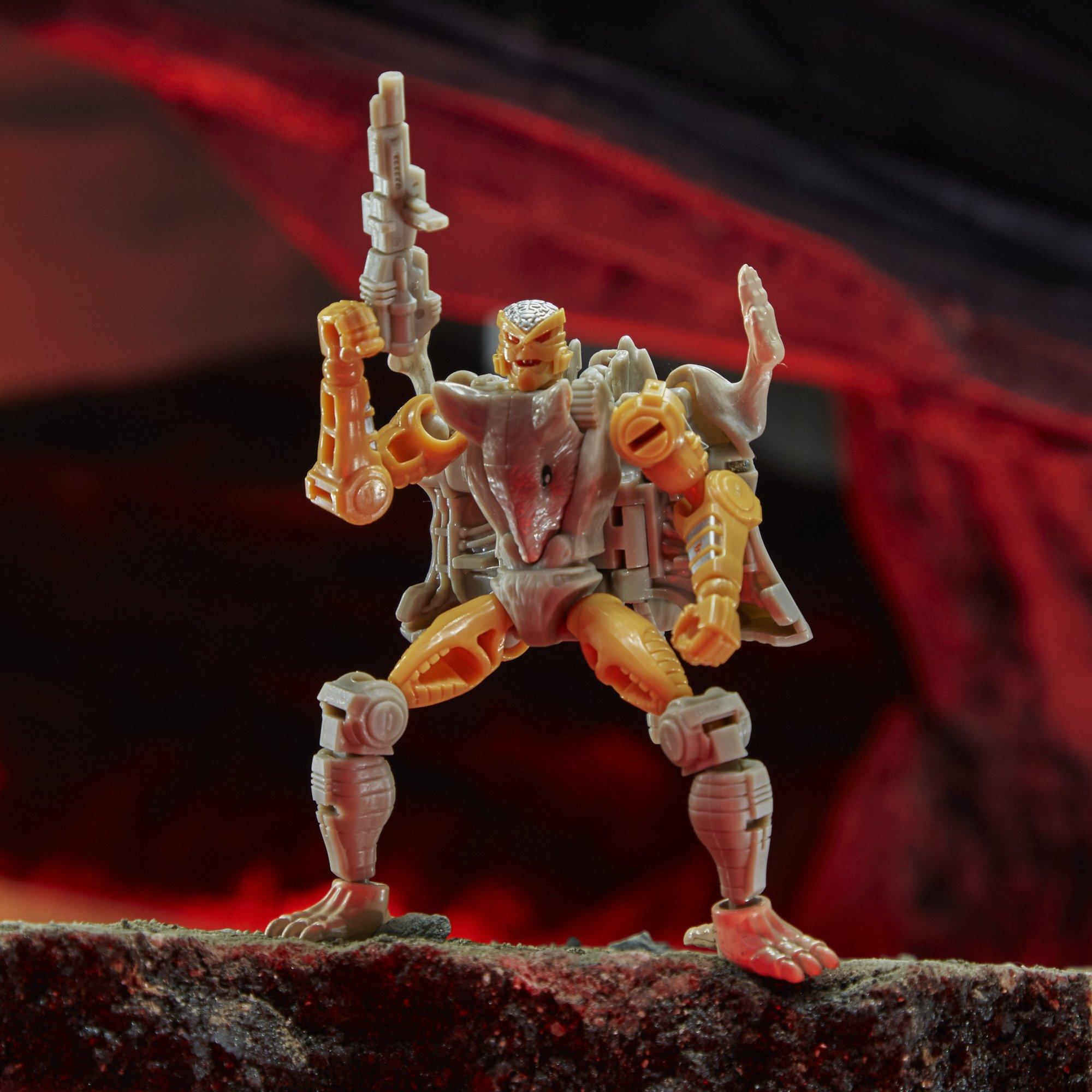 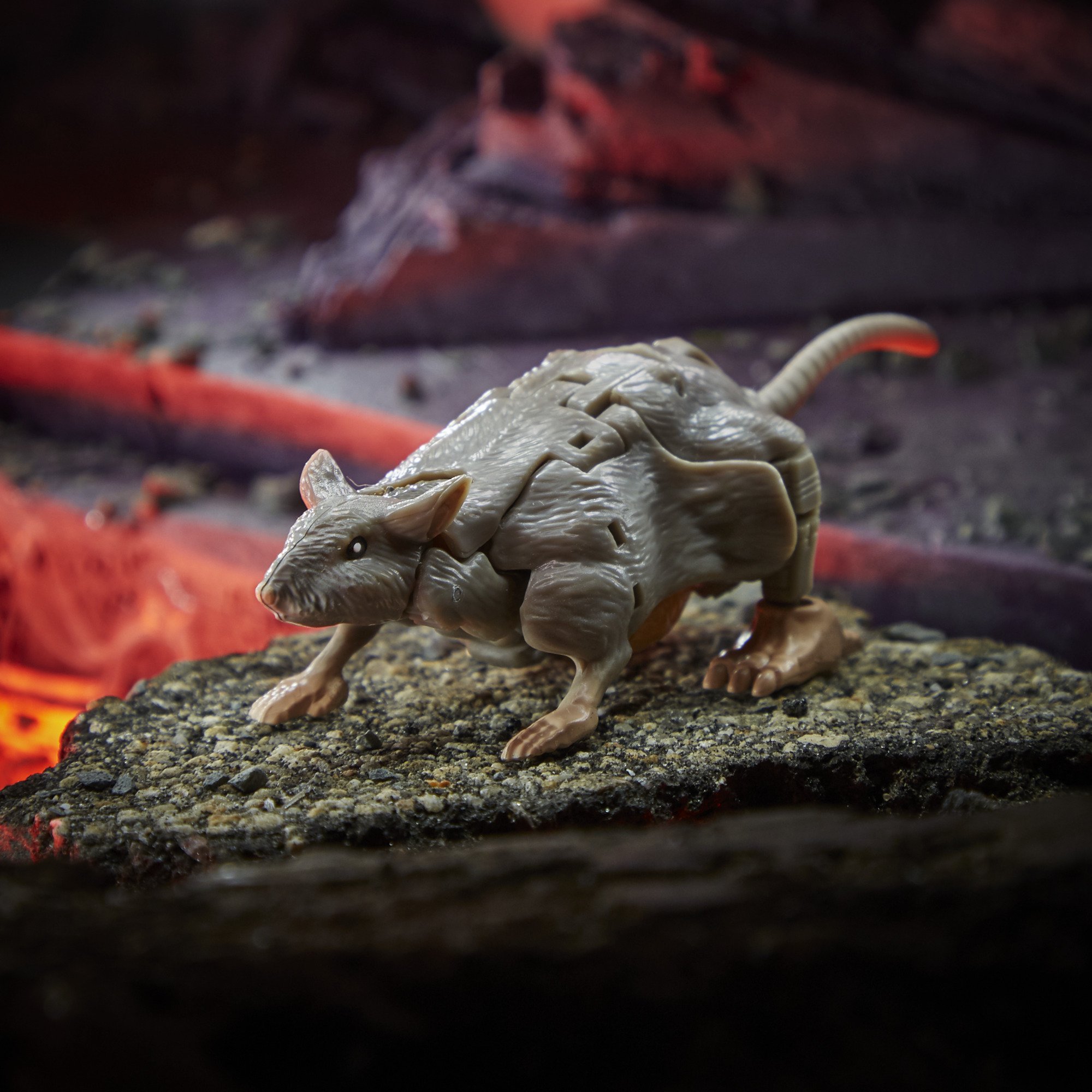 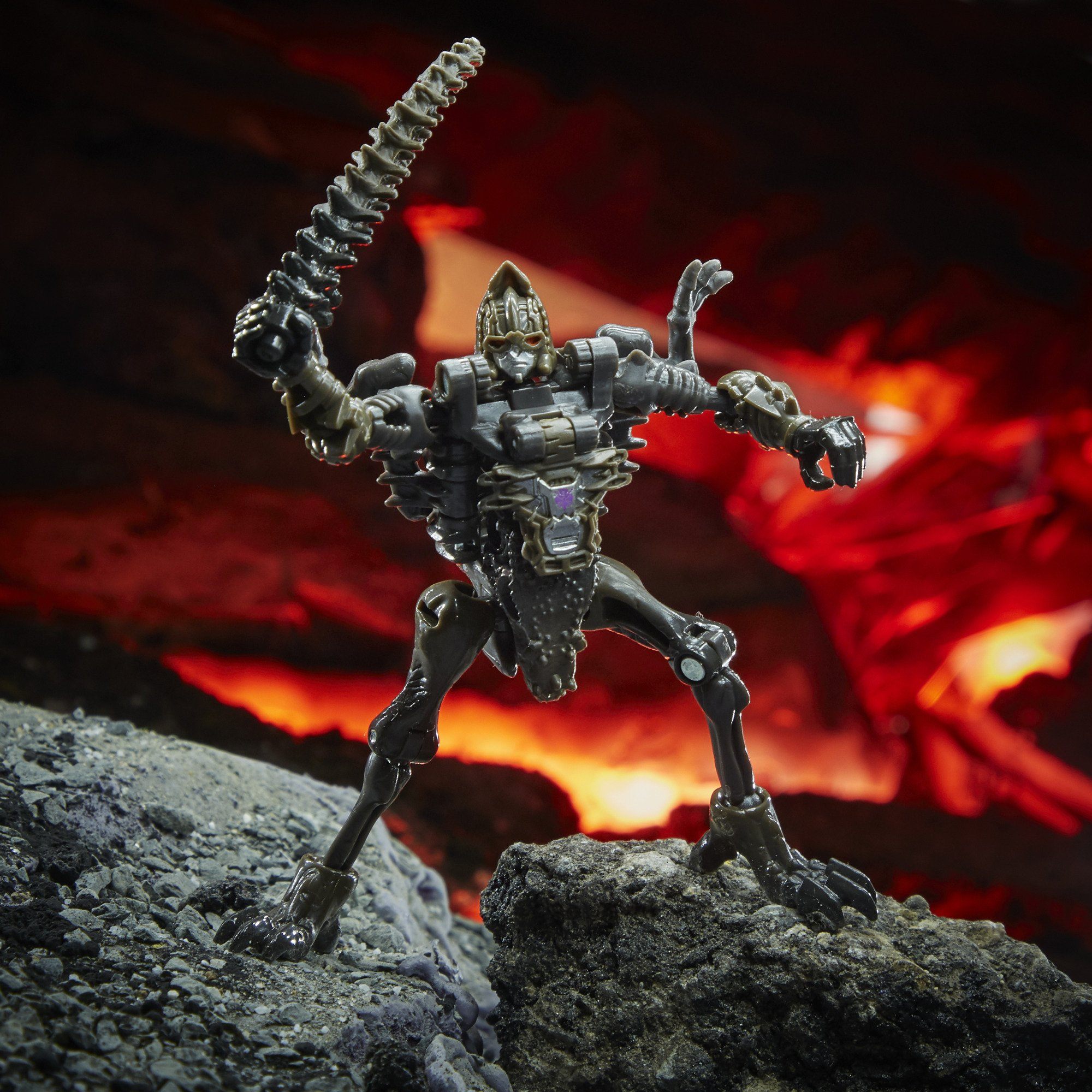 Vertebreak is also a 3.5 inch minifigure. The Predacon converts into his raptor fossil mode in 14 steps. His tail also detaches and can be used as a bone weapon. 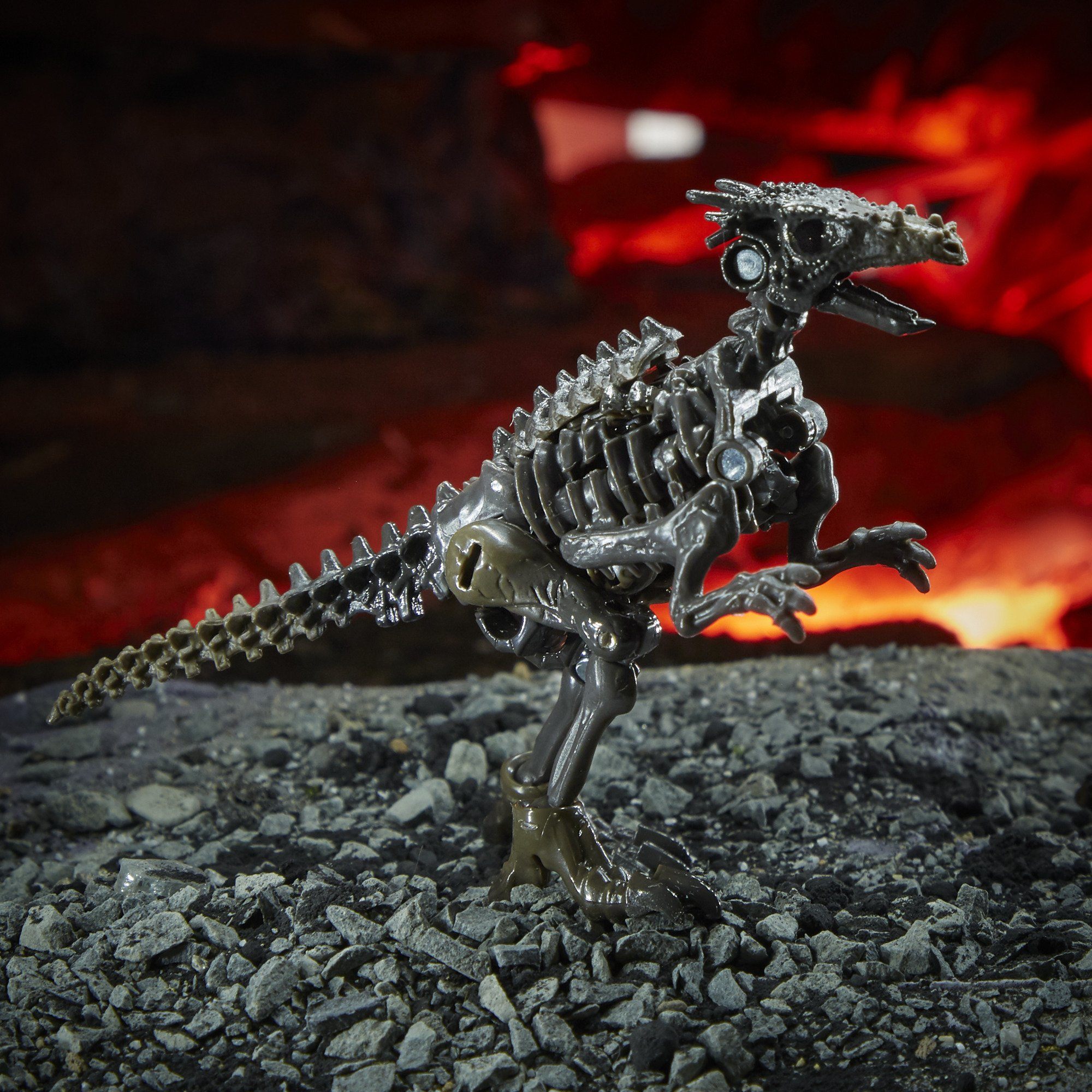 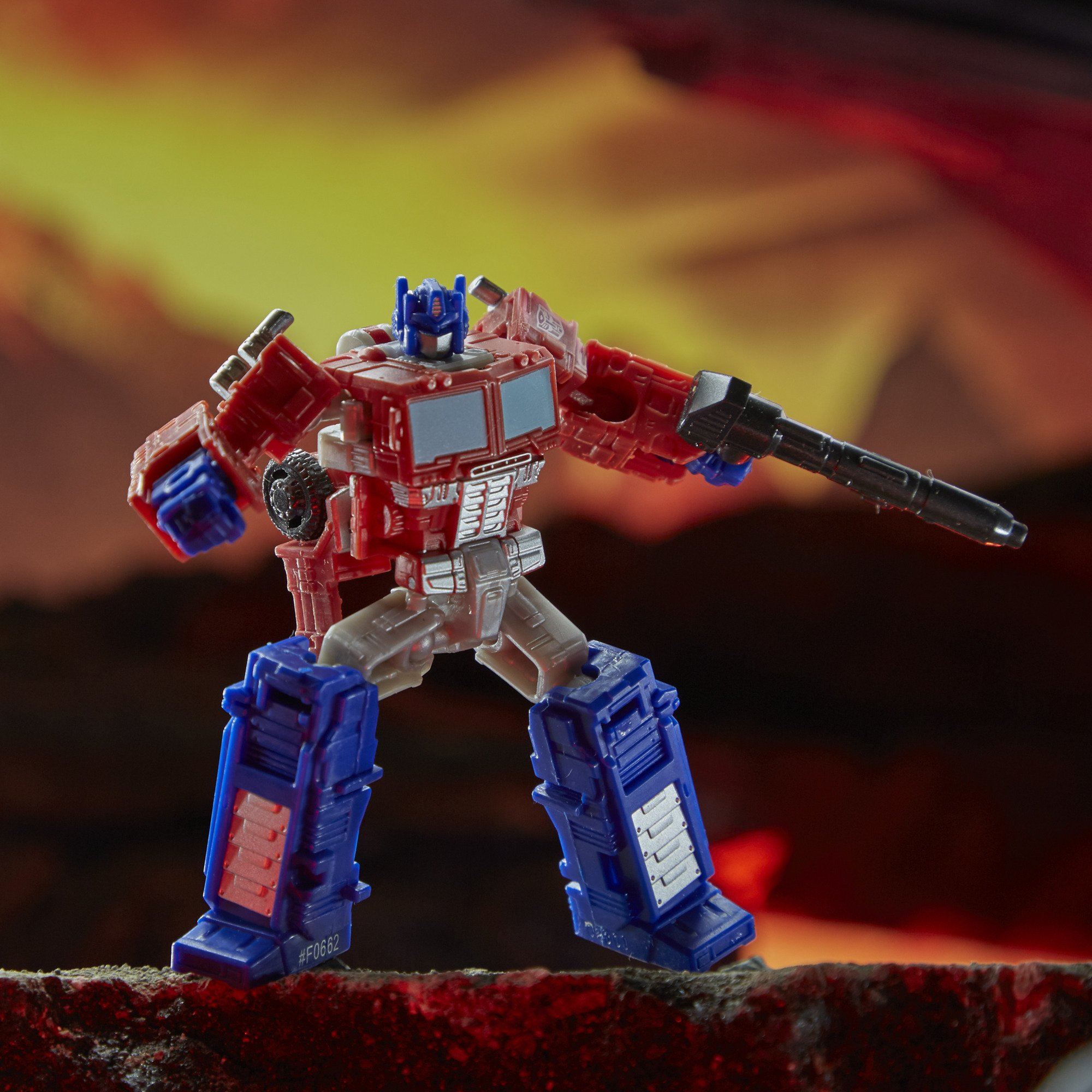 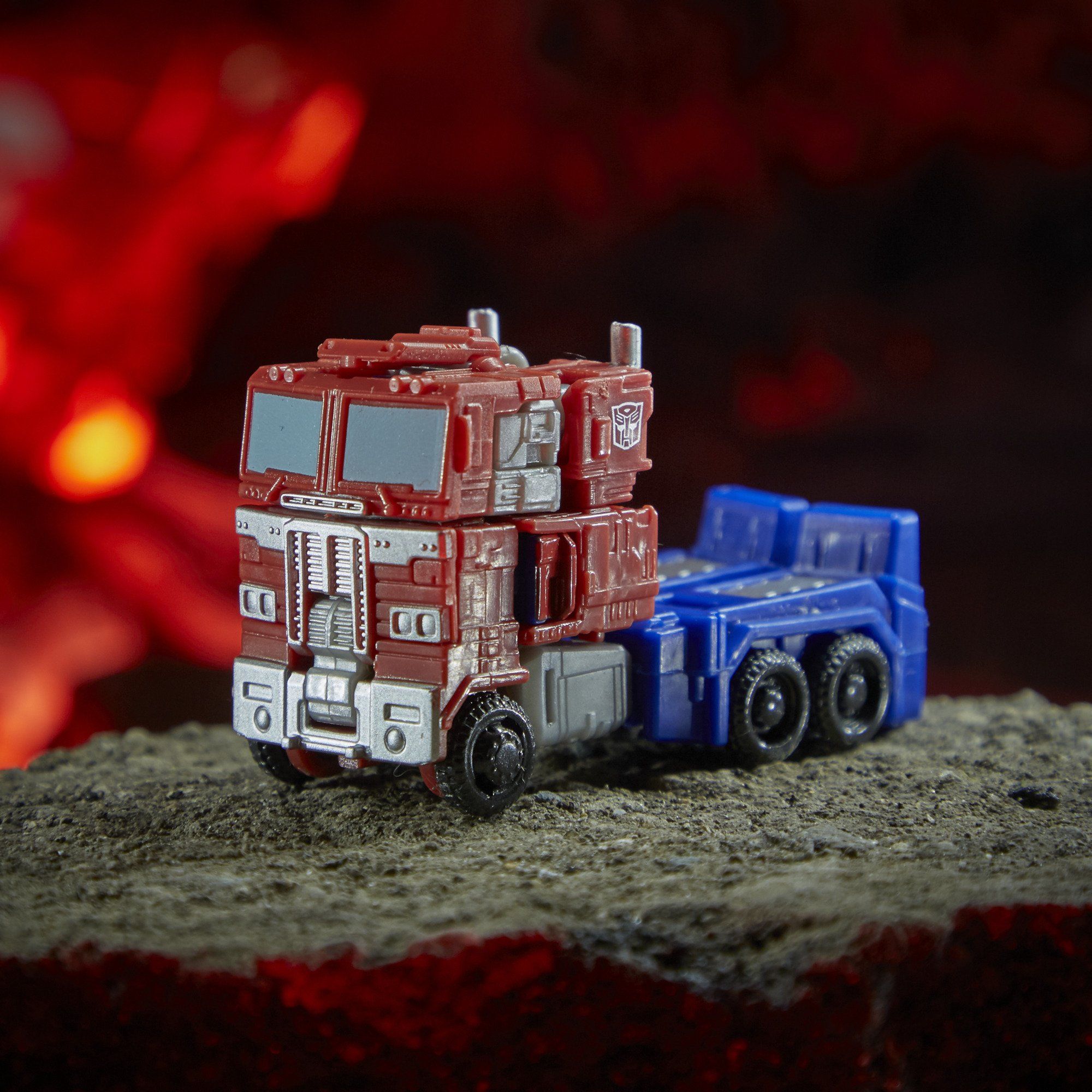 Along with the confirmation of the Beast Wars characters, they also released a trailer for the second part of the trilogy titled Earthrise.

Here’s the official description for Earthrise.

“With the Allspark gone, Megatron is forced to confront the harsh reality that his Decepticons are trapped on a dying Cybertron. Meanwhile, lost in the darkest reaches of space, Optimus Prime and his team embark on a desperate mission, unexpectedly running into … the spacefaring Mercenaries.”

Are you looking forward to seeing the Beast Wars characters in War For Cybertron? Which figure is your favorite? Do you plan on picking any of them up?