For those unfamiliar with Sword Maiden, she first appeared in the Goblin Slayer light novel created by Kumo Kagyu in Volume 2. The character would make her first appearance in the manga in Volume 4, Chapter 18 and in the anime as a cameo in Episode 5 before making her full debut in Episode 6. 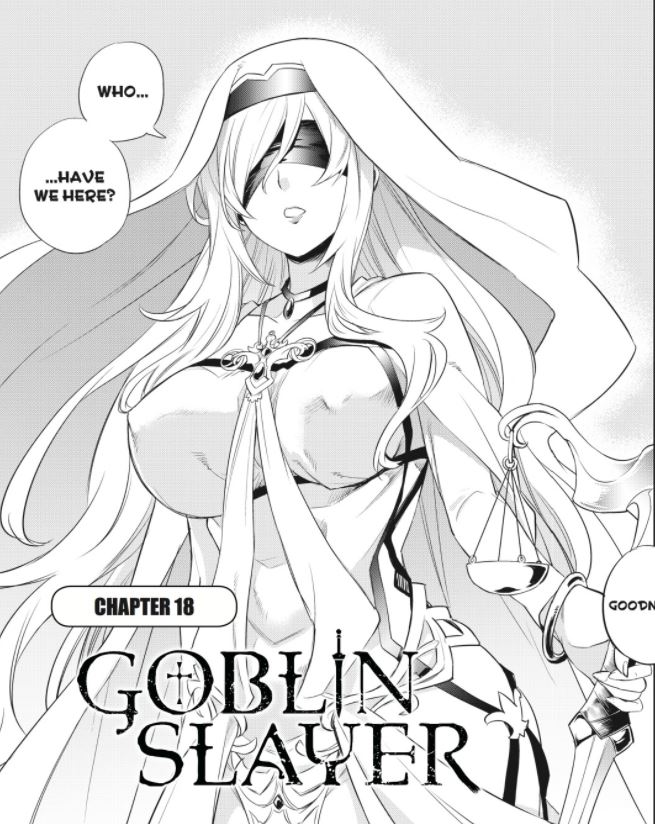 Goblin Slayer and his party encounter Sword Maiden in The Temple of the Law, where she is the Archbishop. She has issued a quest to hunt down the goblins that have been kidnapping, mutilating, and murdering women.

As Sword Maiden greets Goblin Slayer and her party, it’s revealed she was a gold-ranked adventurer who was part of the party of adventurers “who defeated one of the resurrected demon lords ten years ago.” 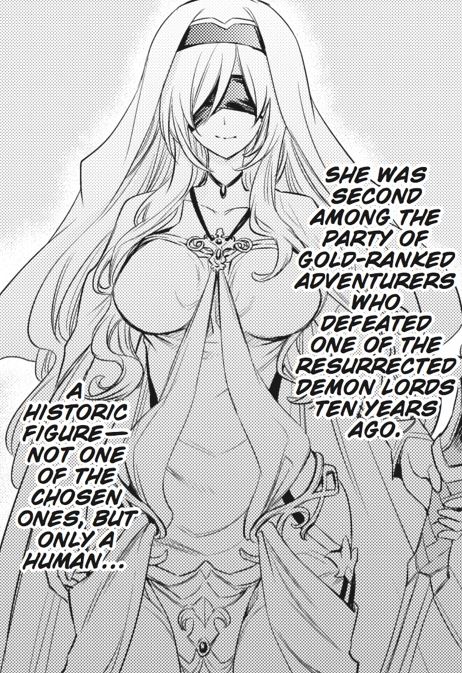 Goblin Slayer and his party would take up Sword Maiden’s quest and venture into the sewers beneath Water Town. The encounter with the goblins in the sewers would push Goblin Slayer to his limits as he and the party face off against a horde of the devilish little green creatures as well as a towering Goblin Champion.

It’s while discussing the Resurrection Miracle, that we learn more about Sword Maiden’s past. She reveals to the stoic slayer that goblins had attacked her ten years ago. Not only did they attack her, but she was also captured and the goblins did what goblins do, unspeakable horrors and crimes. 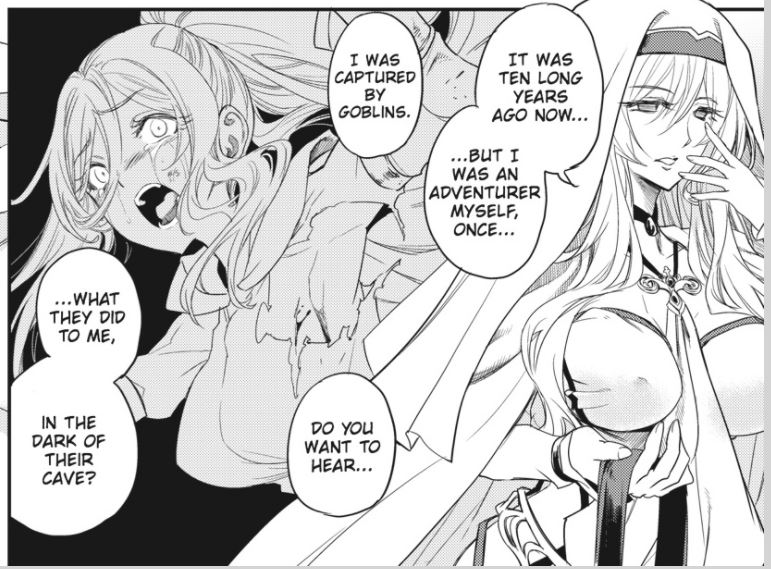 She also reveals the goblin attack has left her scarred and that every night she is scared, frightened, even terrified. While revealing her terrors to Goblin Slayer she asks him to help her.

After dispatching these villains along with dozens of regular goblins, he reports the success of his mission to Sword Maiden. However, Goblin Slayer reveals that he believes Sword Maiden knew everything about the goblin nest. His suspicions are true, and Sword Maiden explains she wanted someone else to feel the pain, fear, and terror of the goblins that she felt. 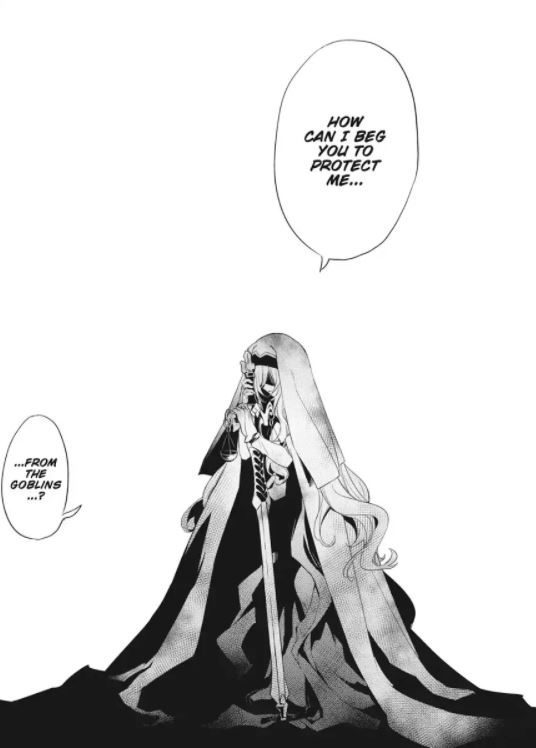 Eventually, Goblin Slayer reveals that he cannot save Sword Maiden, but he will kill all the goblins for her, even ones that might haunt her dreams. 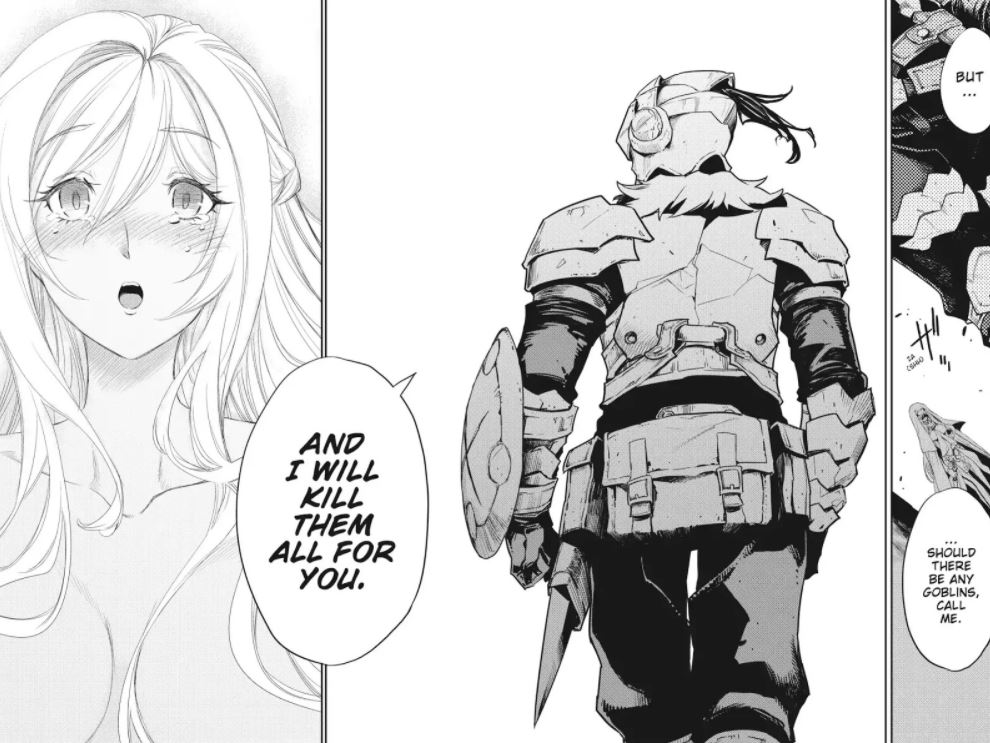 Following this quest, Goblin Slayer and Sword Maiden would part ways. However, she would still maintain her duties as the Archbishop and even aided Hero in sending her to defeat the beast Hecatoncheir.

She would eventually contact Goblin Slayer and inform him that goblins no longer haunt her dreams. However, in the same letter she would ask Goblin Slayer and his team to seek out Noble Fencer., who has disappeared after taking on a quest to slay goblins. 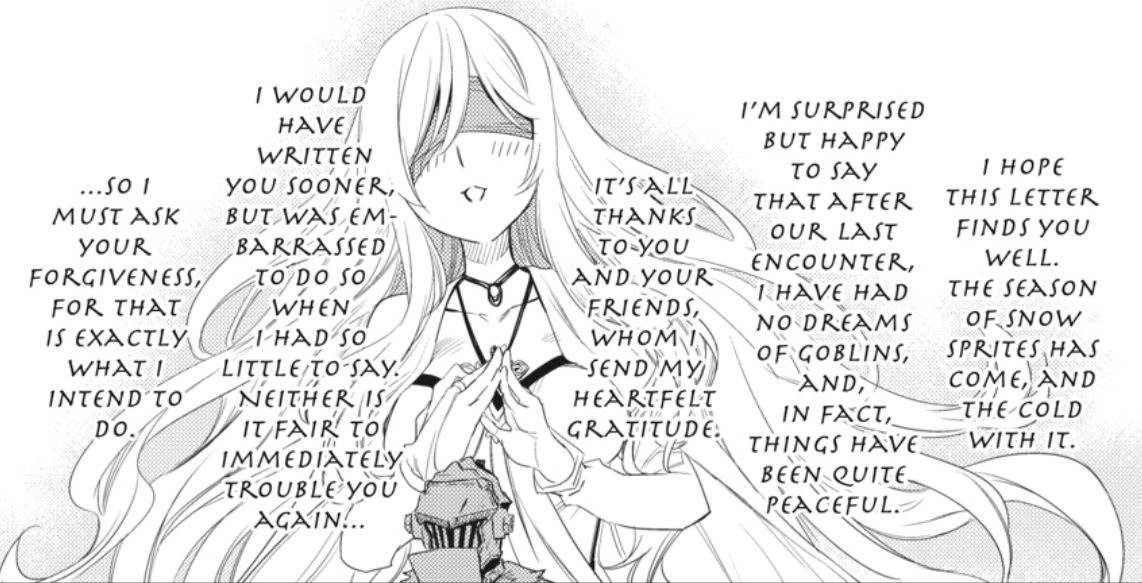 Sword Maiden continues to play a key role in the story of Goblin Slayer as she uncovers a plot that puts all of creation at risk. Not only that, but she is able to provide key information to Goblin Slayer and his party as they take on a goblin nest located in the Dungeon of the Dead, where Sword Maiden and her adventurer party previously took on the greater demons.

Not only does she aid him with information and maps about the Dungeon of the Dead, but she also provides him with a Blue Ribbon that gives him access to further explore the dungeon.

She also comes to his aid along with a number of warrior-priests to lay waste to the rest of the goblins, but her deep fear of the goblins seems to overwhelm her as she is barely able to hold herself up.

Artist CGlas would capture Sword Maiden’s majestic side in a pinup they shared to Instagram.

The artist teased, “I wanna be a goblin :3 How bout you?”

You can also purchase CGlas’ artwork through their Etsy storefront. This Sword Maiden piece can be purchased as a poster for $20.00 or as an extra large vinyl poster for $60.00.

What do you make of CGlas’ Sword Maiden artwork? Are you looking forward to seeing more of Sword Maiden in Goblin Slayer?