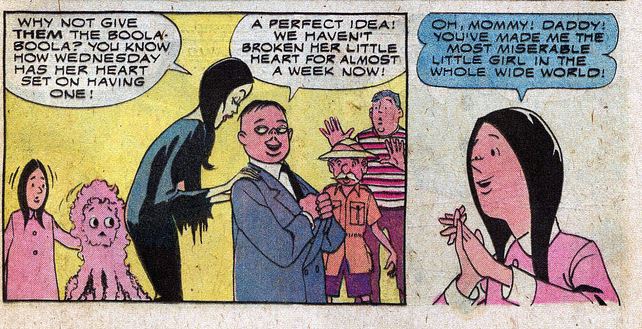 For those unfamiliar with Wednesday Addams, she was created by cartoonist Charles Addams as part of his The Addams Family cartoon strip.

The strip first appeared in The New Yorker all the way back in 1938. Interestingly enough none of the characters had actual names in the strip. 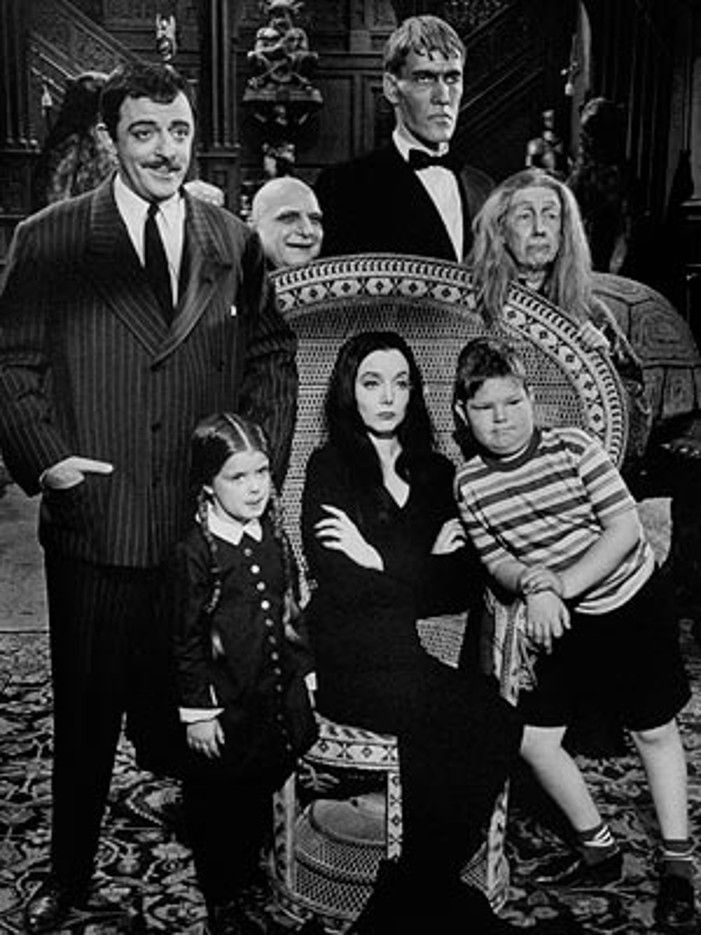 It wasn’t until the 1964 television adaptation that the characters including Wednesday received their names. Wednesday’s name is based on the Monday’s Child nursery rhyme line, “Wednesday’s child is full of woe.”

In the strip and the subsequent show, Wednesday is the oldest daughter of Gomez and Morticia Addams. Her brothers include Pugsley, Pugsley Jr. and Pubert. She also has a sister named Wednesday Jr.

In Charles Addams’ original cartoons, Wednesday is depicted as pale, dark haired girl, who rarely smiles and has a fascination with death and the macabre.

As seen below, her outfit consisted of a black dress with white buttons and a white collar. Her hair was styled in pigtails. 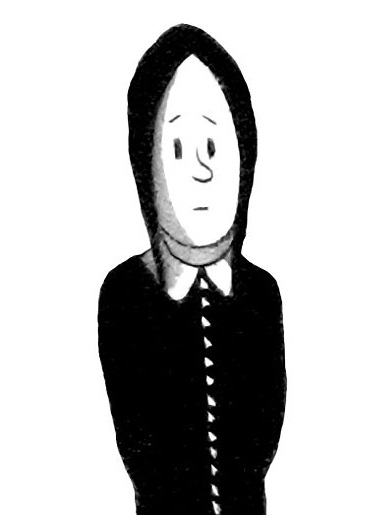 In both films, Wednesday is shown as having a dark personality with a twisted sense of humor. In the first film she shows an interest in the Bermuda Triangle and has great respect for her ancestor Calpurnia Addams who was burned as a witch.

In the sequel, Wednesday takes her darkness to another level as she attempts to kill her infant brother Pubert, burns down Camp Chipewa, and even scares her boyfriend Joel to death! 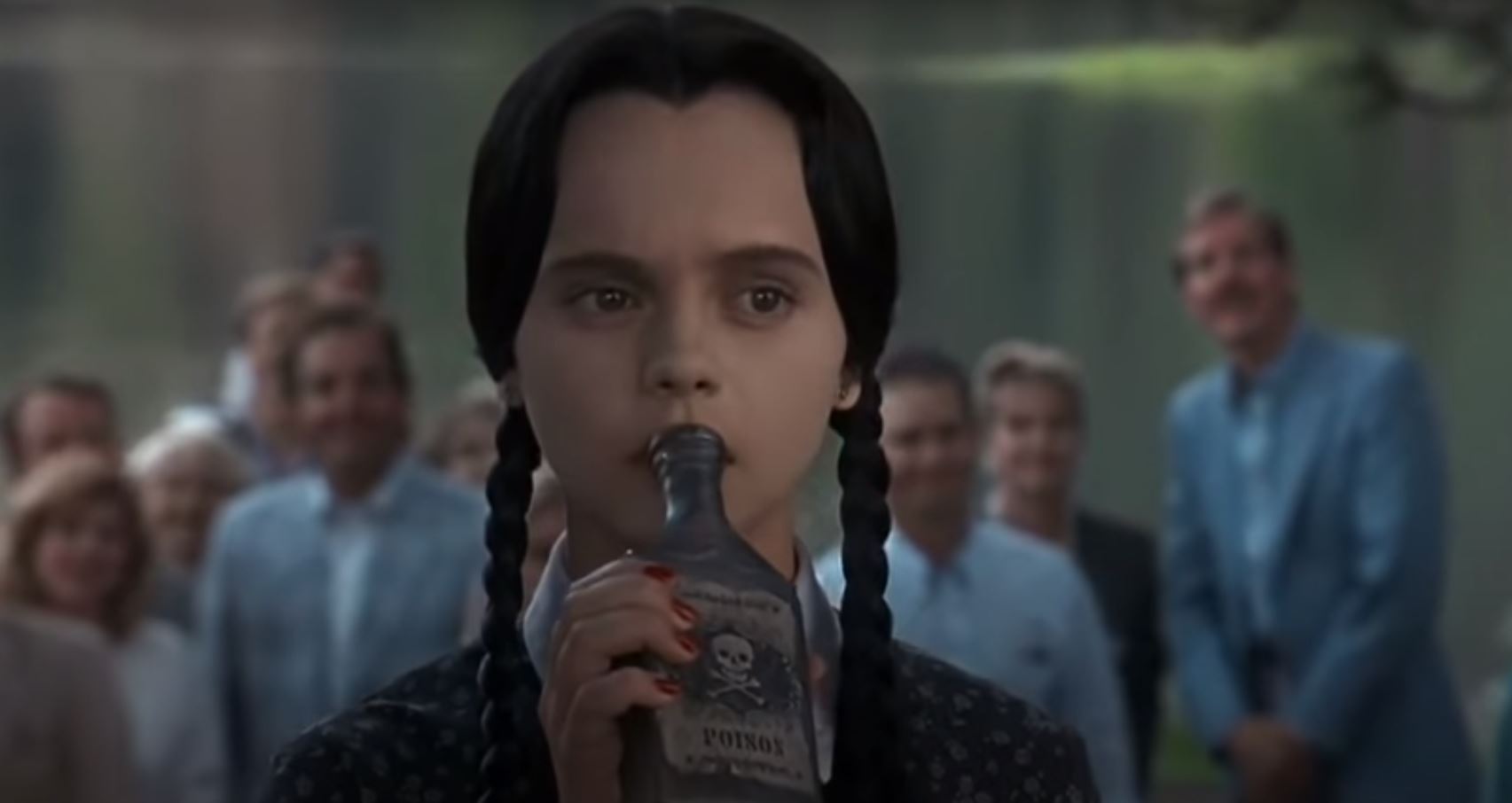 It’s this iteration of Wednesday Addams that artist Didi Esmeralda appears to have drawn inspiration from for her pinup. She’s even got her own bottle of poison! 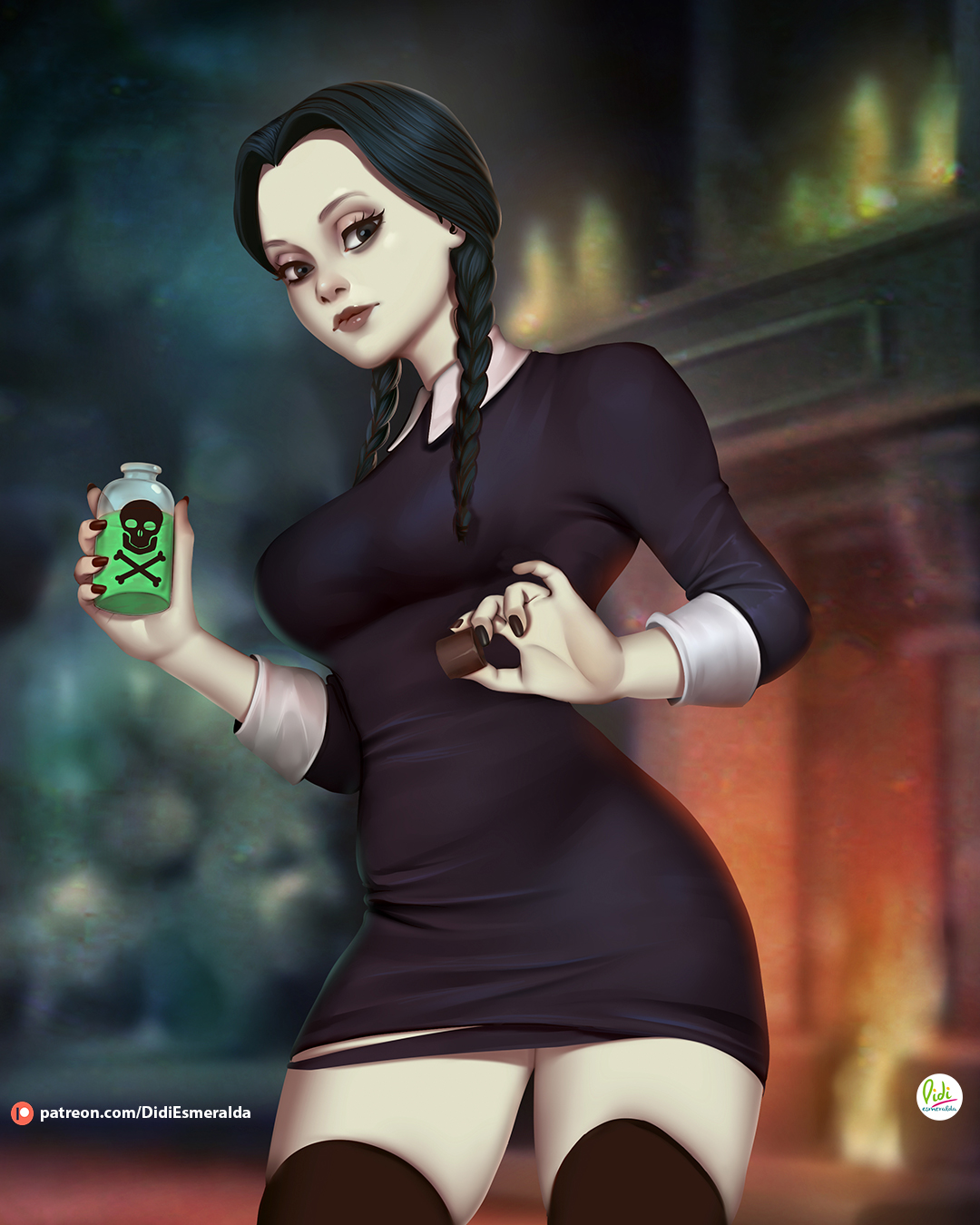 Didi Esmeralda had previously shared a work in progress of the pinup to Twitter as well. 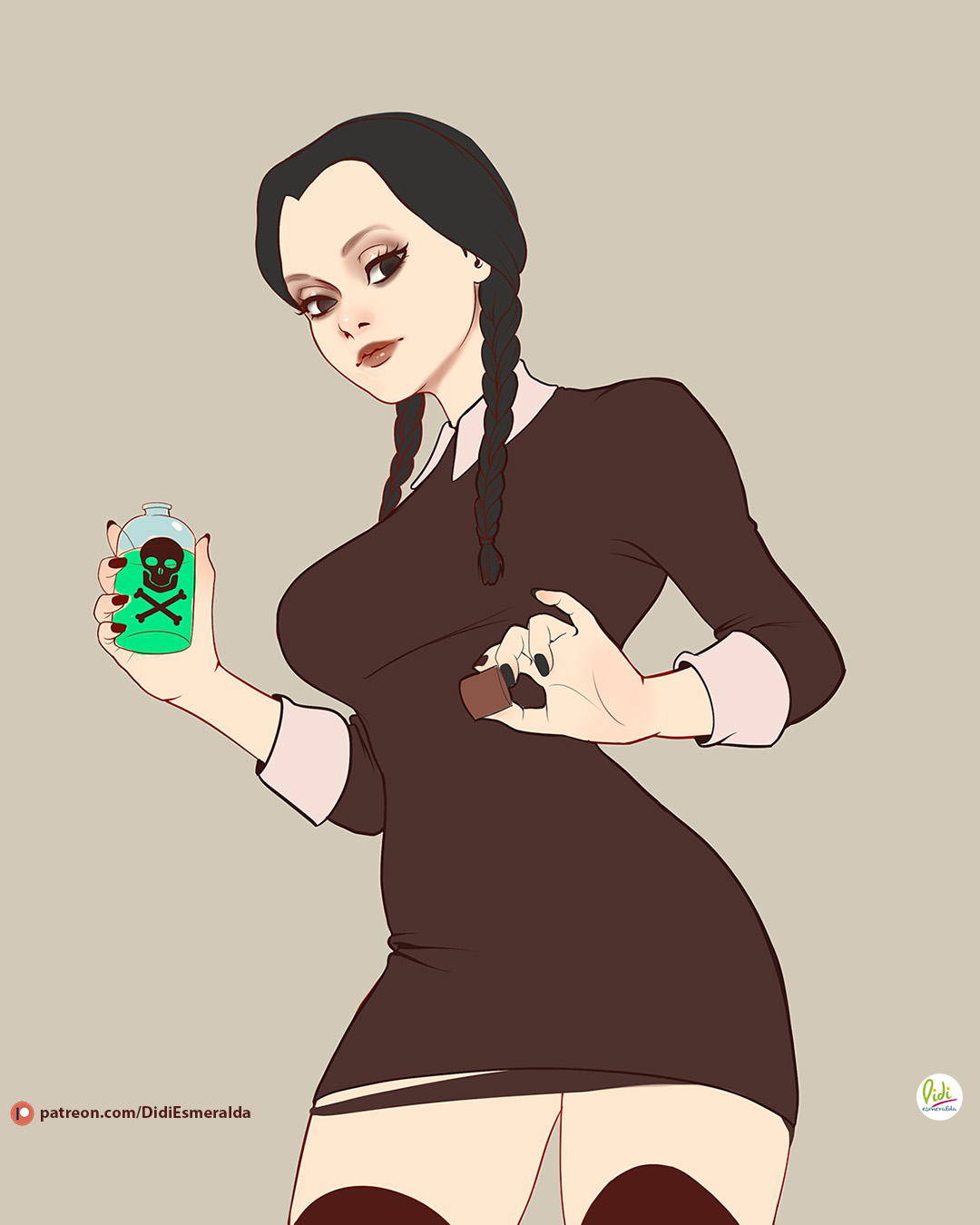 What do you make of Didi-Esmeralda’s Wednesday Addams pinup?