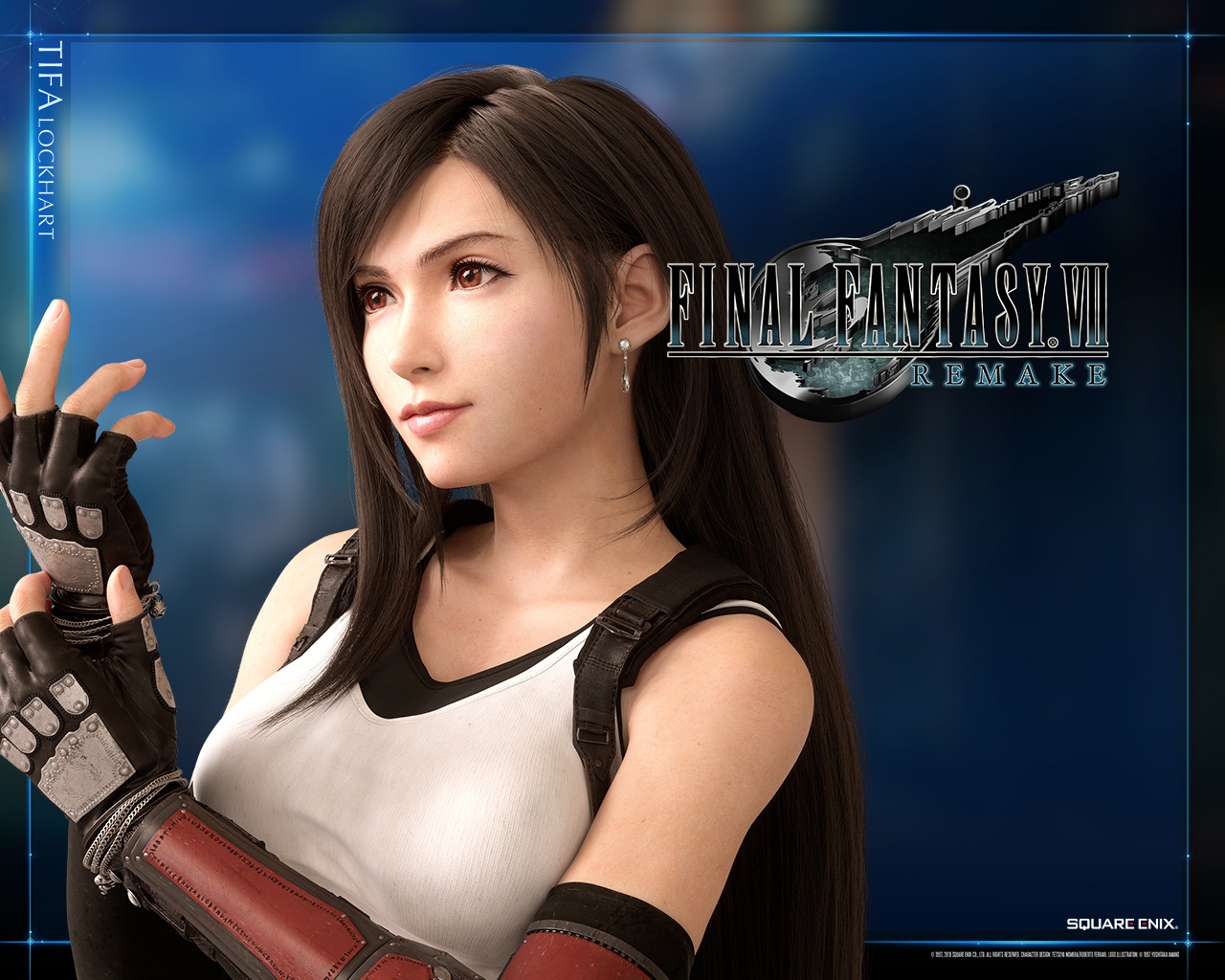 In Final Fantasy VII, she’s a playable character and a member of Avalanche alongside Barret, Biggs, Wedge, and Jessie. She fights against the forces of the Shinra Electric Power Company and the allies of Sephiroth using her martial arts skills.

She has dark brown hair, that sometimes appears black. Tifa is typically seen wearing a white crop top with black suspenders and a black skirt.

In her original design by Tetsuya Nomura she wears red boots with black socks. She also has a pair of red and black gloves that extend past her elbows. 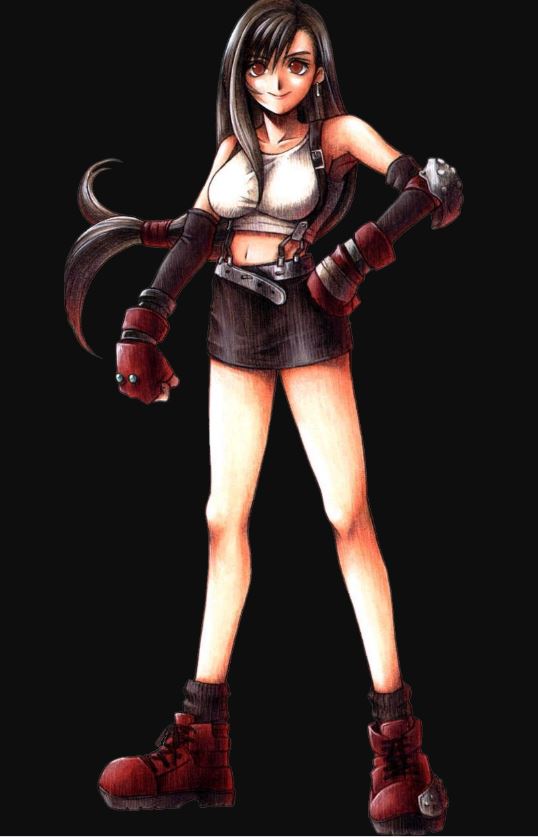 For Final Fantasy VII Remake she undergoes a slight redesign. She still sports the red boots, but she now has a pair of black stockings that extend up to her thighs.

Her gloves are also black rather than red. She also has armored protection on her left arm that extends past her elbow. While her right arm has a black sleeve. 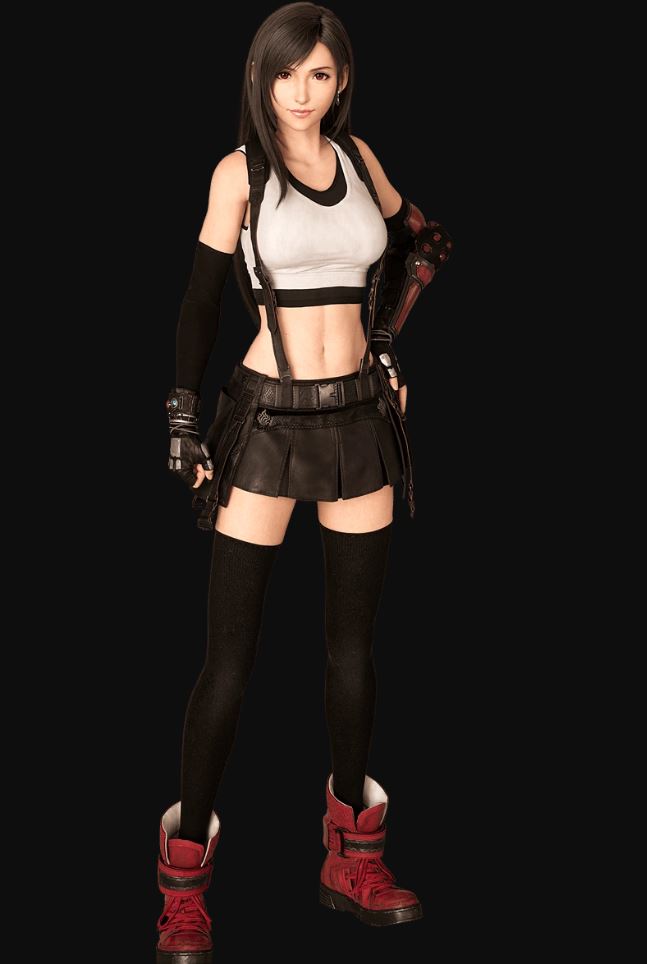 Instead of using Tifa’s more iconic appearance for inspiration for his pinup, Logan Cure found inspiration from one of Tifa’s Wall Market dresses as seen in Final Fantasy VII Remake.

Specifically, he found inspiration from Tifa’s Mature Dress, which is seen after Cloud is invited to Tifa’s apartment during the Discovery event Alone at Last. If you choose the dialogue line “Something Mature,” Tifa will be seen wearing the Mature Dress below. 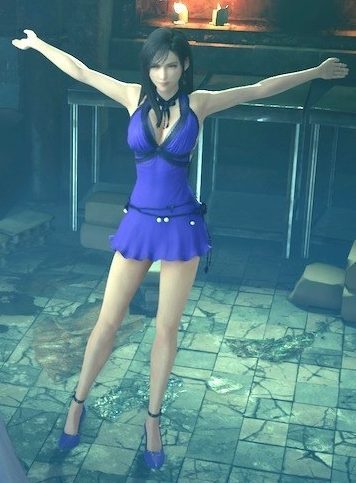 Logan Cure found inspiration from this dress and turned it into more of a lingerie piece. He added thigh high stockings and garters.

Other than the stockings and the garters, the dress’ design looks the same although it appears to be more see through also adding to the more lingerie look.

He also shared a pinup of Tifa in a Honey Bee outfit.

Tifa isn’t the only Final Fantasy VII character that Logan Cure has given the swimsuit pinup treatment.

He also shared pinups of Aerith and Jessie enjoying the beach and the sun.

Jessie is even enjoying a cocktail.

If you are interested in supporting Logan Cure, the artist has a Patreon account with multiple membership levels.

Along with the Patreon account, he also has a Gumroad account where you can purchase prints of his artwork.