Actress Natalie Portman recently revealed that her Jane Foster character in the upcoming Thor: Love and Thunder movie will have different powers than Chris Hemsworth’s Thor. 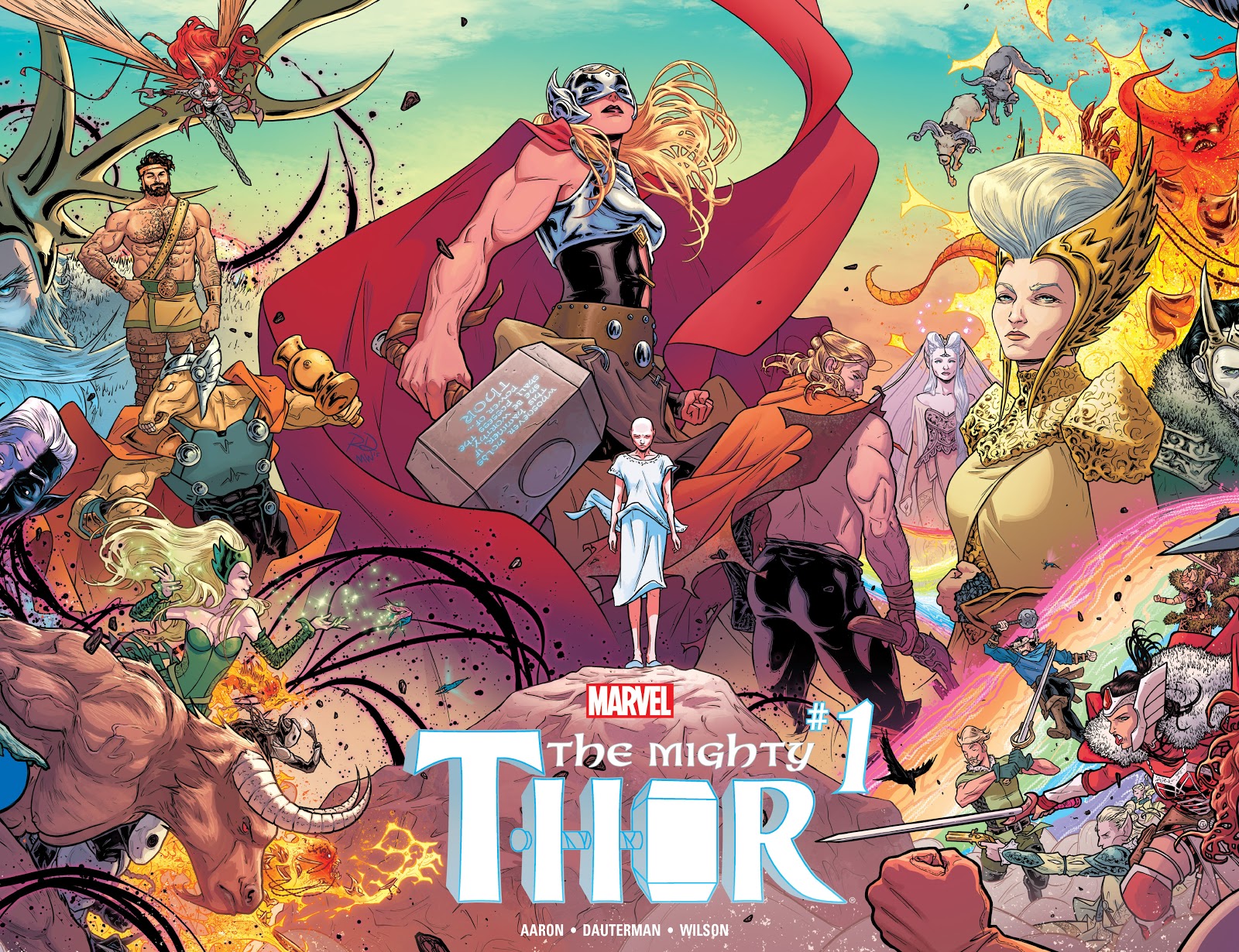 Portman appeared on The Kelly Clarkson Show, where she revealed she is in Sydney, Australia “getting ready to film Thor, the new Thor.”

When asked by Clarkson if her character would get all of Thor’s powers, Portman answered, “She does have powers. It’s not exactly the same as Thor. It’s her own version of it. And she’s called the Mighty Thor.”

In the comics, Jane Foster’s abilities as Thor are similar to the Asgardian god’s abilities. The hammer grants her flight including through space. 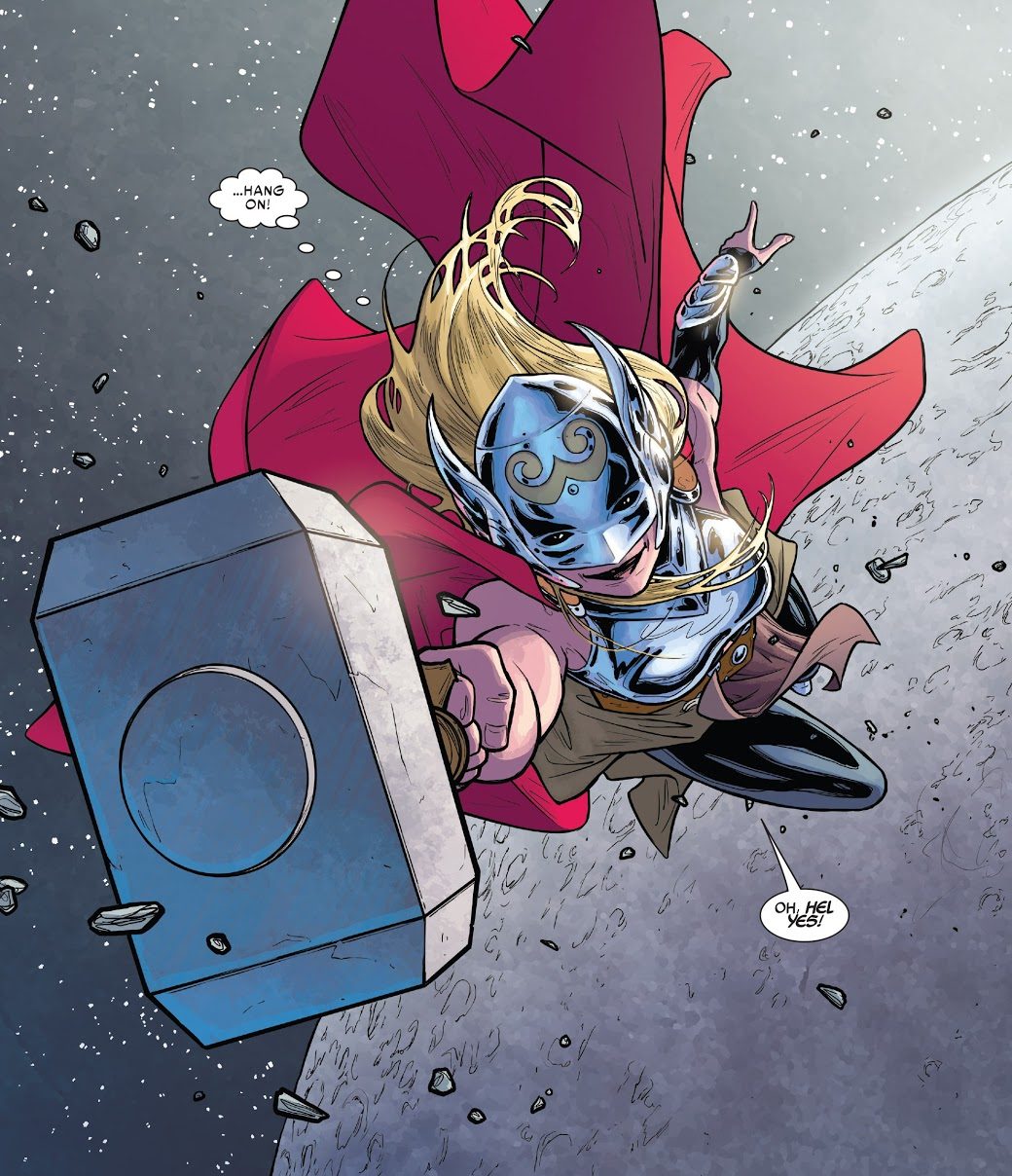 She is also able to whip Mjolnir around and call it to her as she showcases in a fight against the Destroyer. 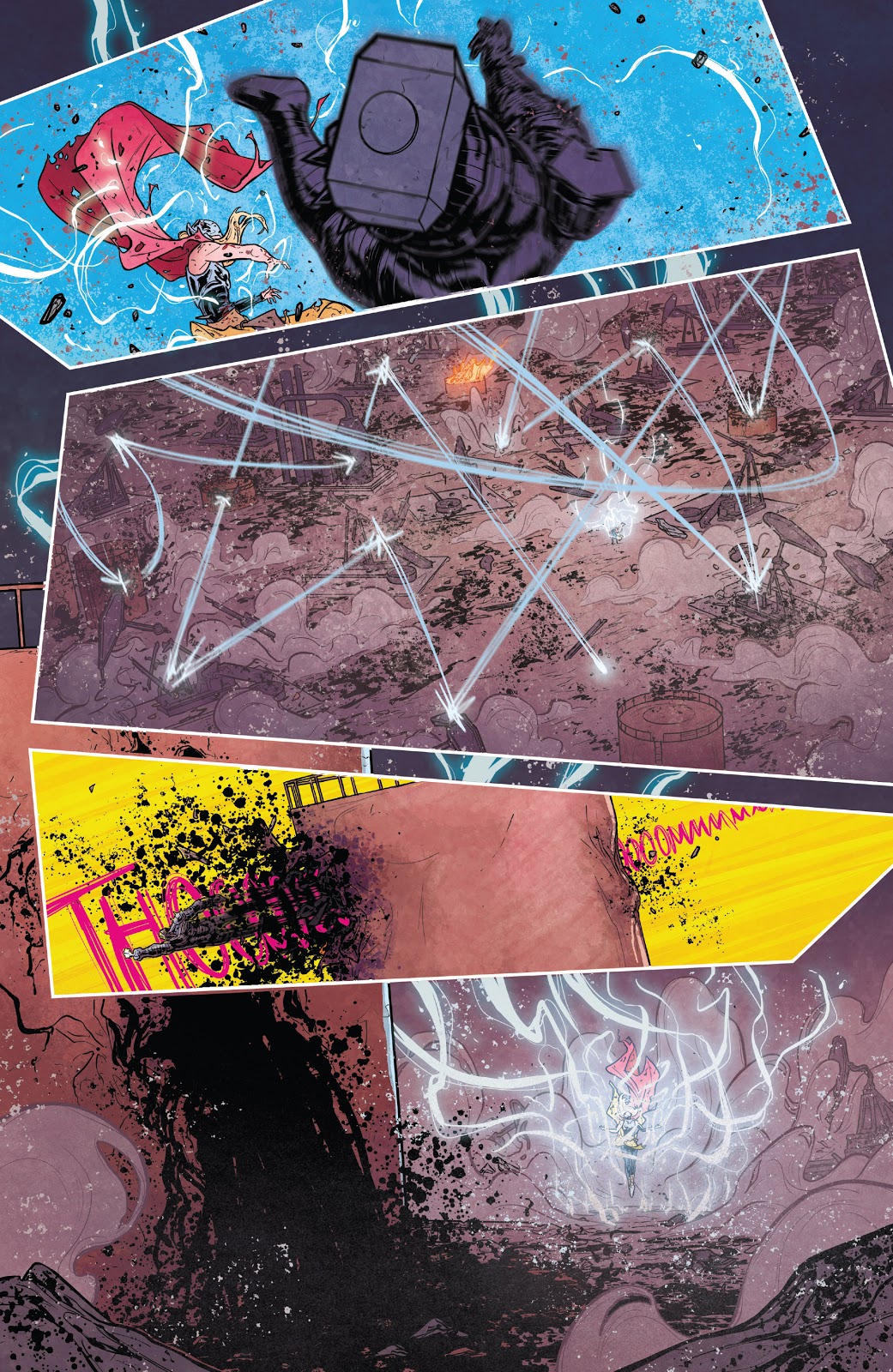 It also grants her increased strength and durability as seen when she faces off against the Thunder Guard. 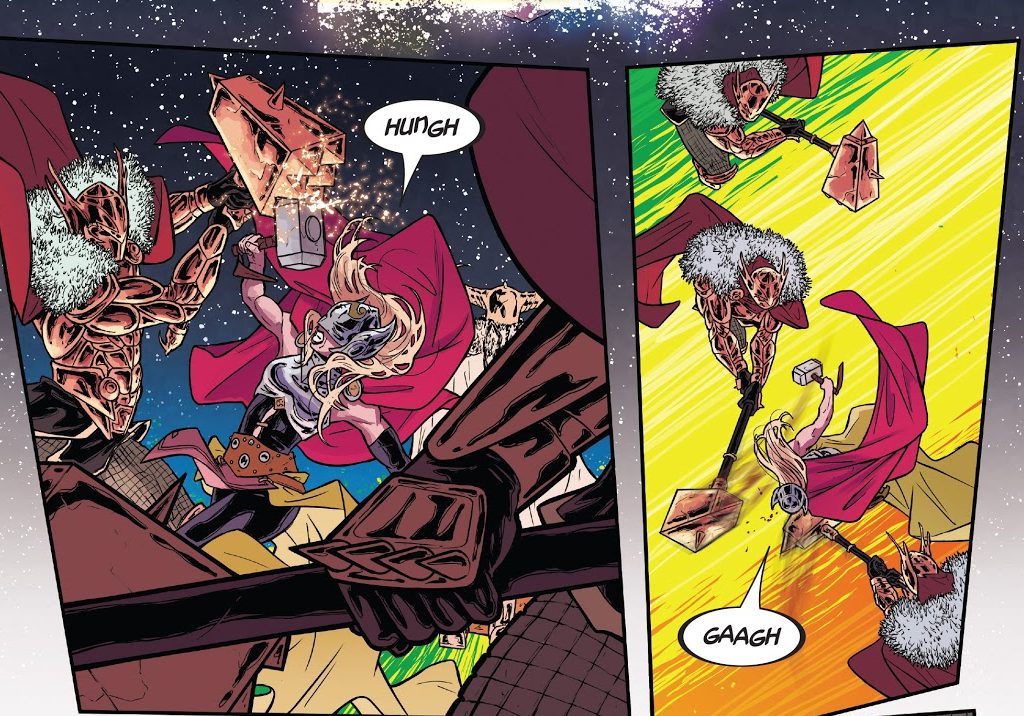 Finally, she is also able to create thunder and lightning through the use of the hammer as seen when she confronts Loki. 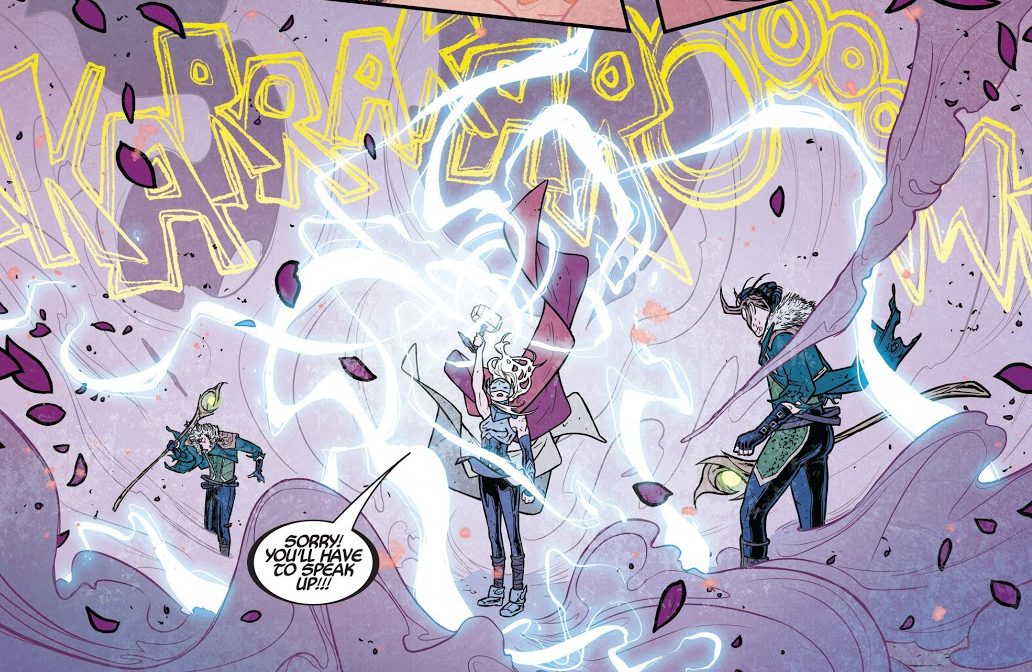 There are some major changes. Maybe the biggest is that the inscription on Mjolnir is changed when Foster picks up the hammer. 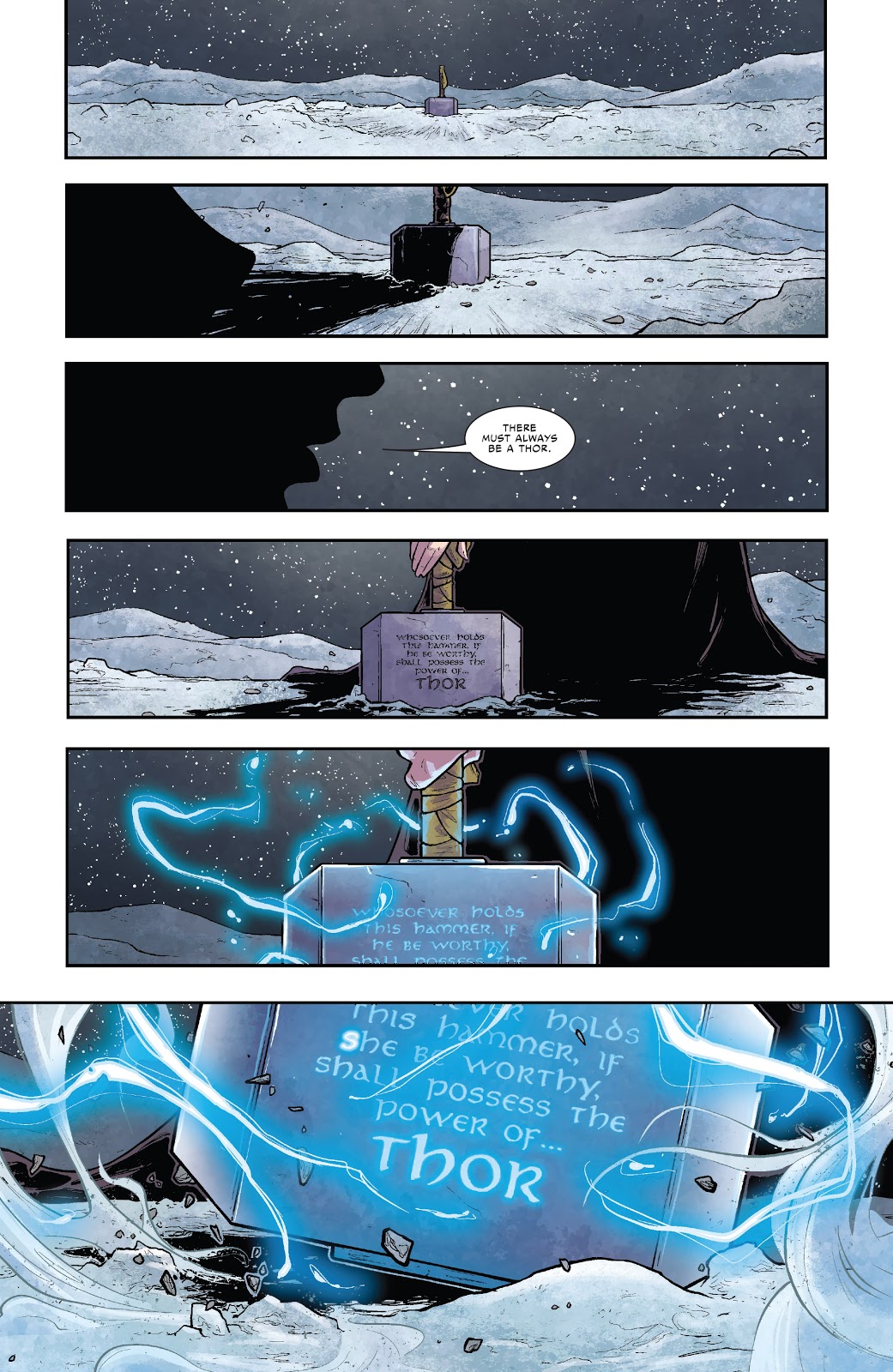 Along with the change in the inscription, another one of the major differences is she receives a suit of armor and a mask that hides her identity when she takes on the form of Thor. 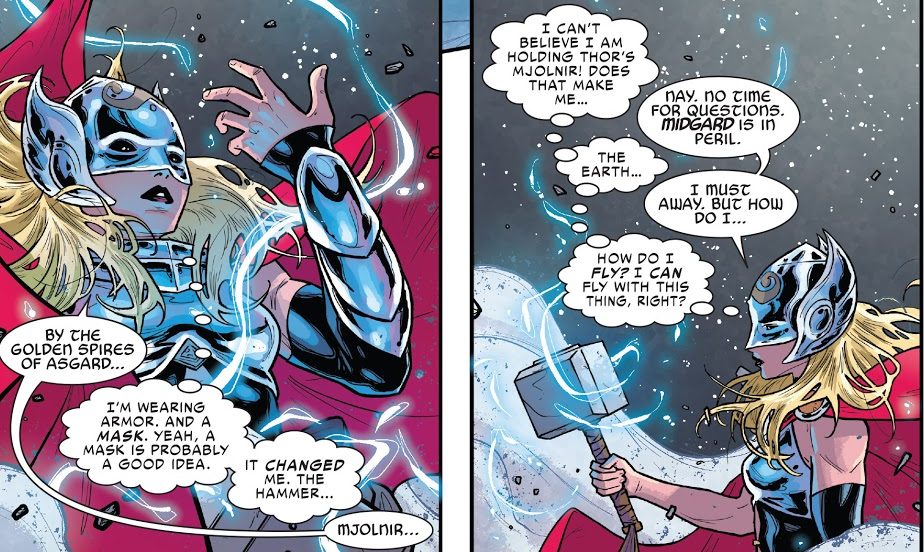 Not only does she get a suit of armor and a mask, but when she is wielding Mjolnir it also keeps her breast cancer at bay. However, the disease returns when she no longer holds the hammer, and in fact it seems to be weakening her body allowing the cancer to spread faster. 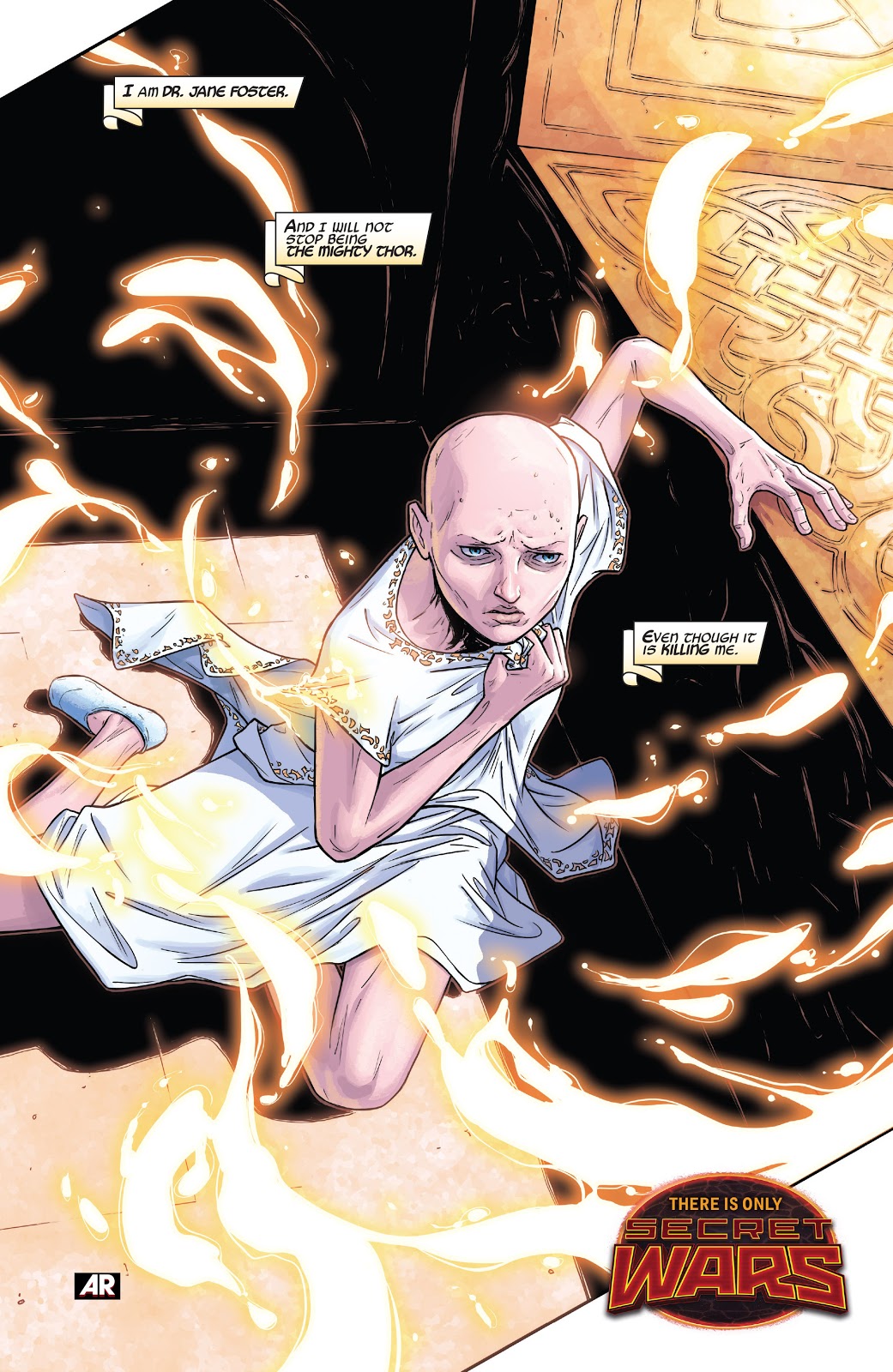 It’s unclear how close to the comics, the Thor: Love and Thunder will be. Portman did previously confirm the film will include the Jane Foster cancer storyline.

Portman told Yahoo! Life, “I’m trying to think — it’s based on the graphic novel of the Mighty Thor. She’s going through cancer treatment and is a superhero on the side.”

Director Taika Waititi dodged a question about the cancer storyline when speaking with Variety.

Waititi was asked, “How closely are you going to hew to the comics? Is her character Jane Foster going to have cancer in it?” 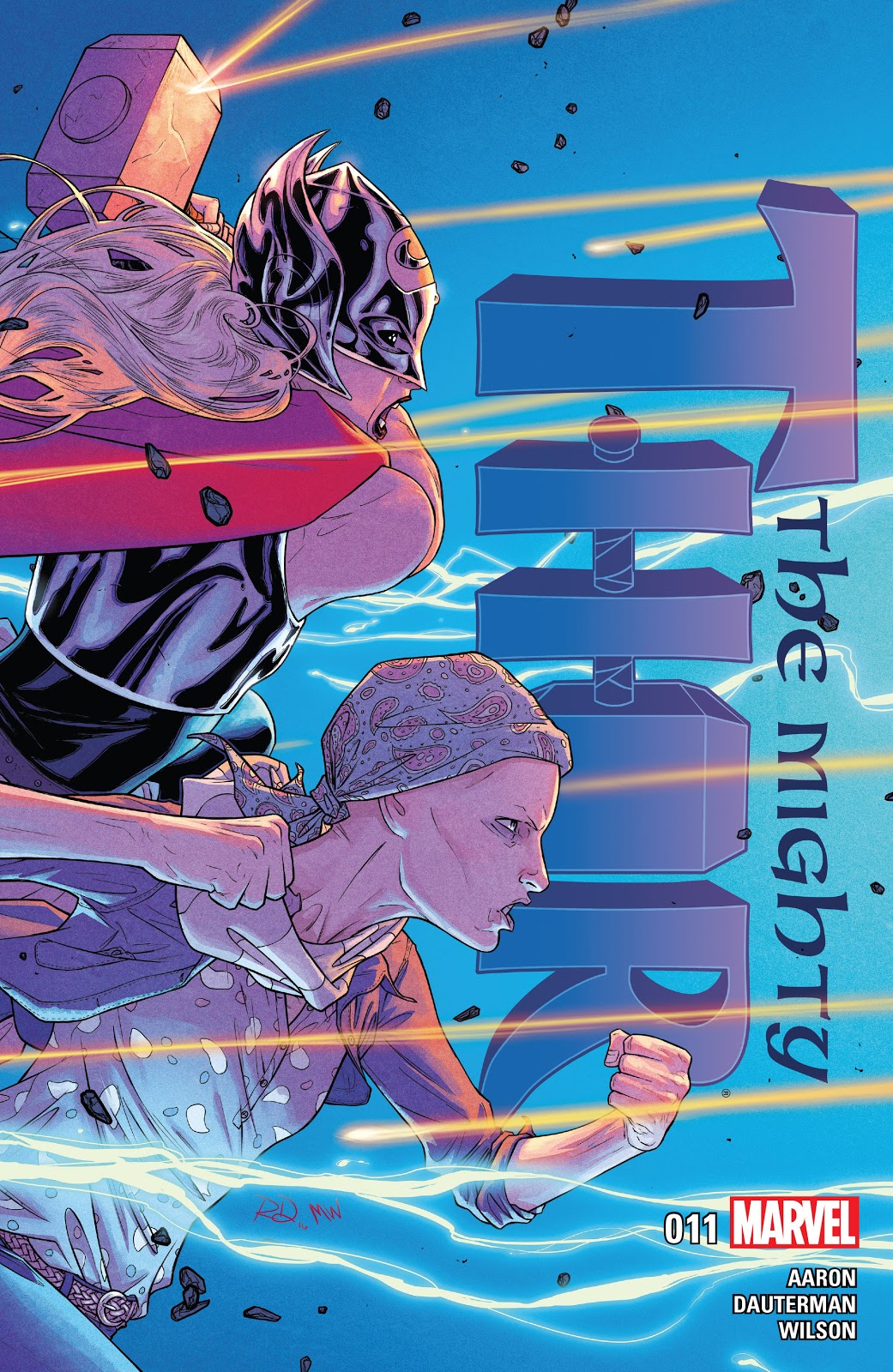 He answered, “We don’t know. That comics run was a big inspiration, and was an influence on the first few drafts. But at Marvel, we always change everything.”

“I could say one thing right now, and in two years, it will be the complete opposite — or that thing won’t exist. We continue writing even in post-production,” he added.

What do you make of the fact that Jane Foster’s Thor character will have different powers from Chris Hemsworth’s Thor?