Henry Cavill’s return in the red and blue is still to be determined but we finally have a look at the suit CW Superman Tyler Hoechlin wears in the new series, in all its blurriness.

Set photos were picked up by a few Twitter accounts including professed scoop breaker Canadagraphs. Though they aren’t the clearest shots, a few things are noticeable right away.

The straps on the cape he used to have are gone and new design aspects resemble the Rebirth and related DC Animated costume that appeared in Justice League Dark: Apokolips War and other features.

It’s not known how he gets it or if someone giving it to him is written into the show but further, and clearer, reveals are expected sooner as opposed to later.

Tyler Hoechlin is also observing COVID protocols between takes. Superman and Lois is filming in Vancouver with the rest of the remaining CW lineup where they are taking pandemic concerns seriously while trying to meet the schedule.

The new season starts in January 2021 with Superman and Lois debuting in February. The show follows the couple as they adjust to life raising two sons while still trying to save the world.

It costars Elizabeth Tulloch as Lois Lane and Dylan Walsh as her dad, General Sam Lane. There is also a mysterious villain appropriately named The Stranger.

Related — Rumor: The Flash to Feature “Crazy Cameos,” Including Tom Welling and Nicolas Cage as Superman 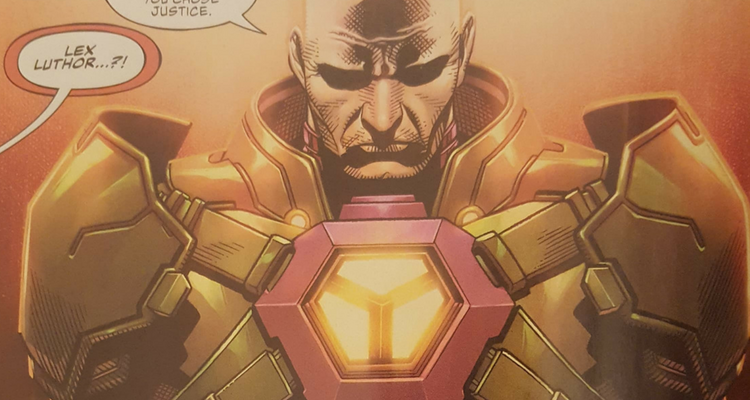 He is played by Vampire Diaries alum Wole Parks and an exclusive earlier this year, going from a leaked pilot script, broke that The Stranger is a race-bent Lex Luthor from another world.

Flying around and causing mass chaos in a powerful battle suit, The Stranger wants to rid the world of Superman. That definitely screams Lex in all the right ways.

Jon Cryer plays the Luthor of the Arrowverse’s Earth-Prime. There is no indication so far the two Lexes will cross paths or swords or possibly work together to bring down the Man of Tomorrow.

Cryer first showed up on Supergirl which is coming upon its final season. However, a Mikey Sutton scoop claims we haven’t seen the last of the Girl of Steel. Star Melissa Benoist may reprise for cameos in Superman and Lois if her schedule permits.