After a list of supposed Cyberpunk 2077 related leaks recently made its rounds among the game’s fanbase, developer CD Projekt Red has publicly clarified that the purported information “is simply not true.” 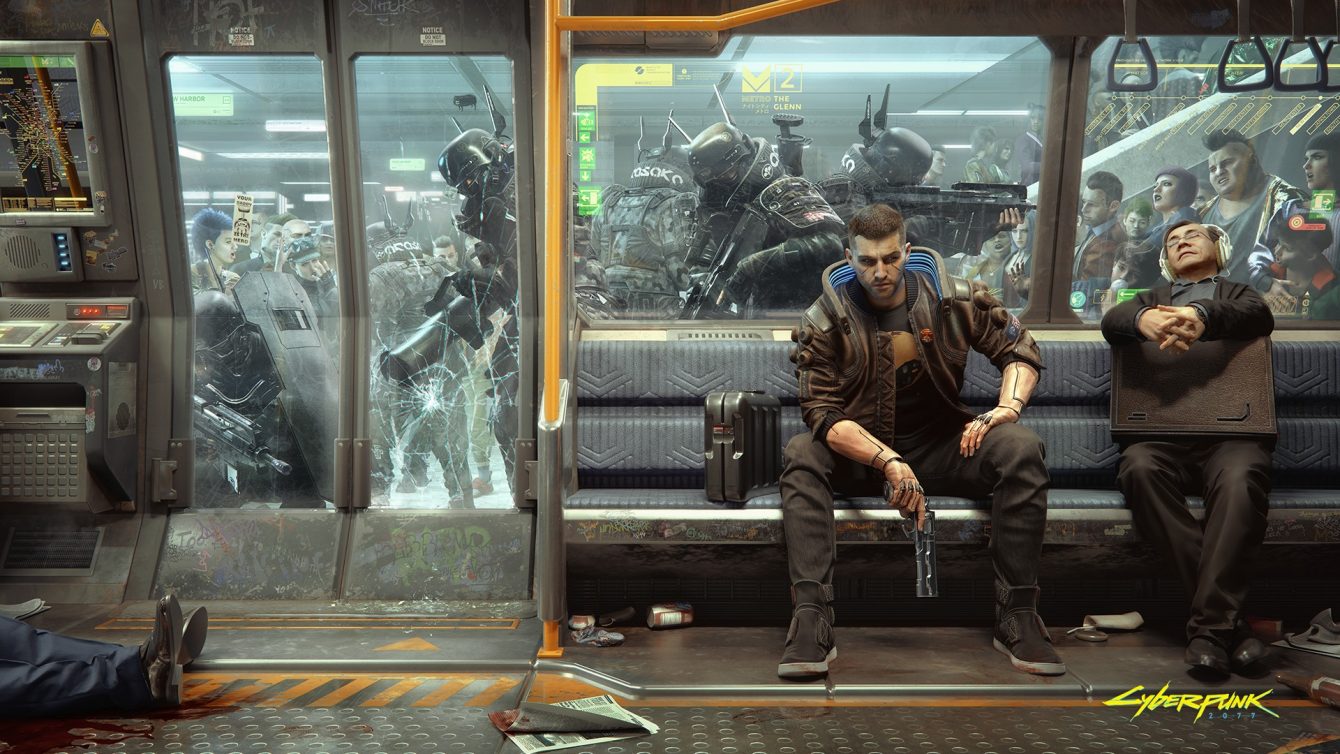 The supposed leaks first made their way to the public on December 15th, when an anonymous poster, who was “fed up with this s—t”, took to 4chan’s /v/ board to “disclose a few details” about Cyberpunk 2077’s development process.

“CDPR hurt themselves to keep investors safe and sound,” the insider alleged. “Now devs are hearing plans of a “No Man’s Sky” style comeback due to late June. The first two patches should come out mid-March, despite what’s been said by top execs. There will be major departures from the studio in the coming months. Dev morale is on an all time down and Sony is roasting our asses due to the gigantic volume of refund requests.” 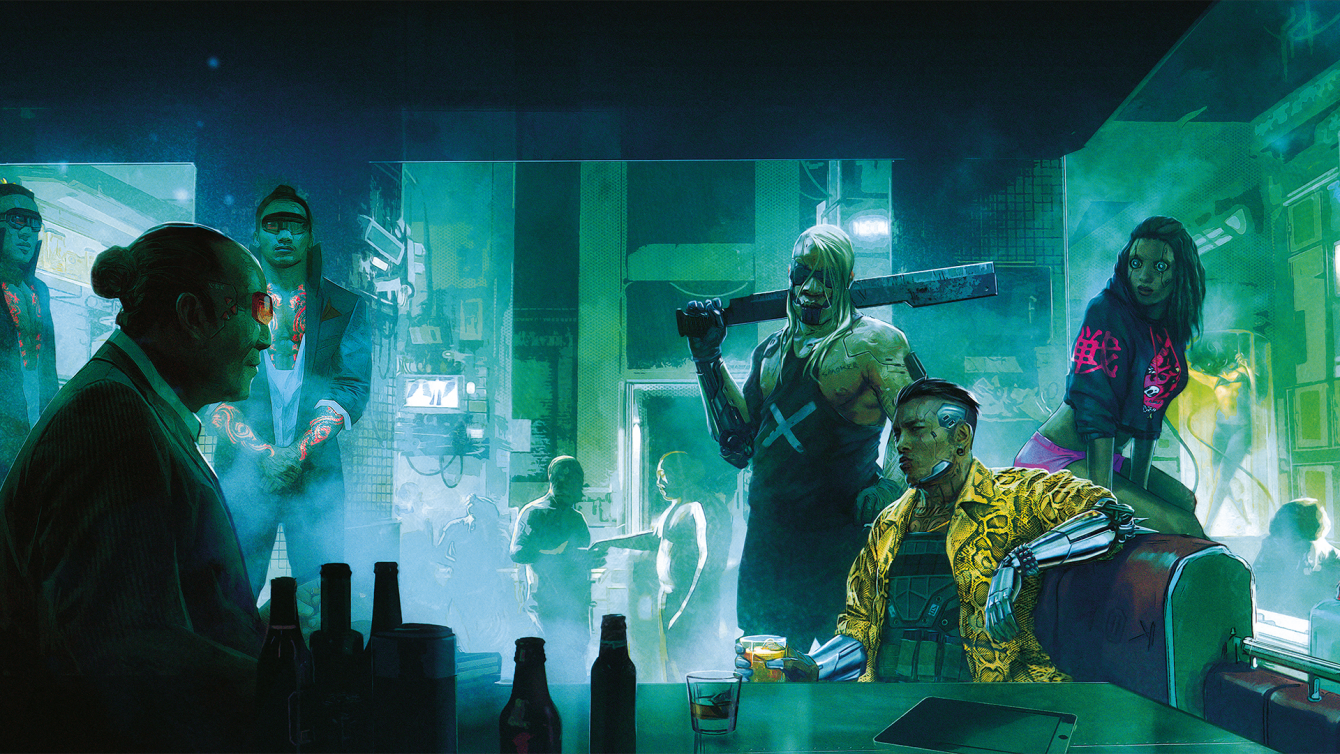 They further claimed that “there will be a meeting today with Sony execs to figure out a way to compensate players threatening with legal action. Sony Japan is specially [sic] furious.”

Other notable revelations include how “CDPR scrapped 50,000+ lines of dialogue and the June update will bring a whole lot of cut content back into the game.”

They added, “The original Johnny Silverhand was heavily inspired by David Hayter’s Solid Snake from the first MGS and Cillian Murphy,” and “two whole story arcs were scrapped due to a save bug with character placement.” 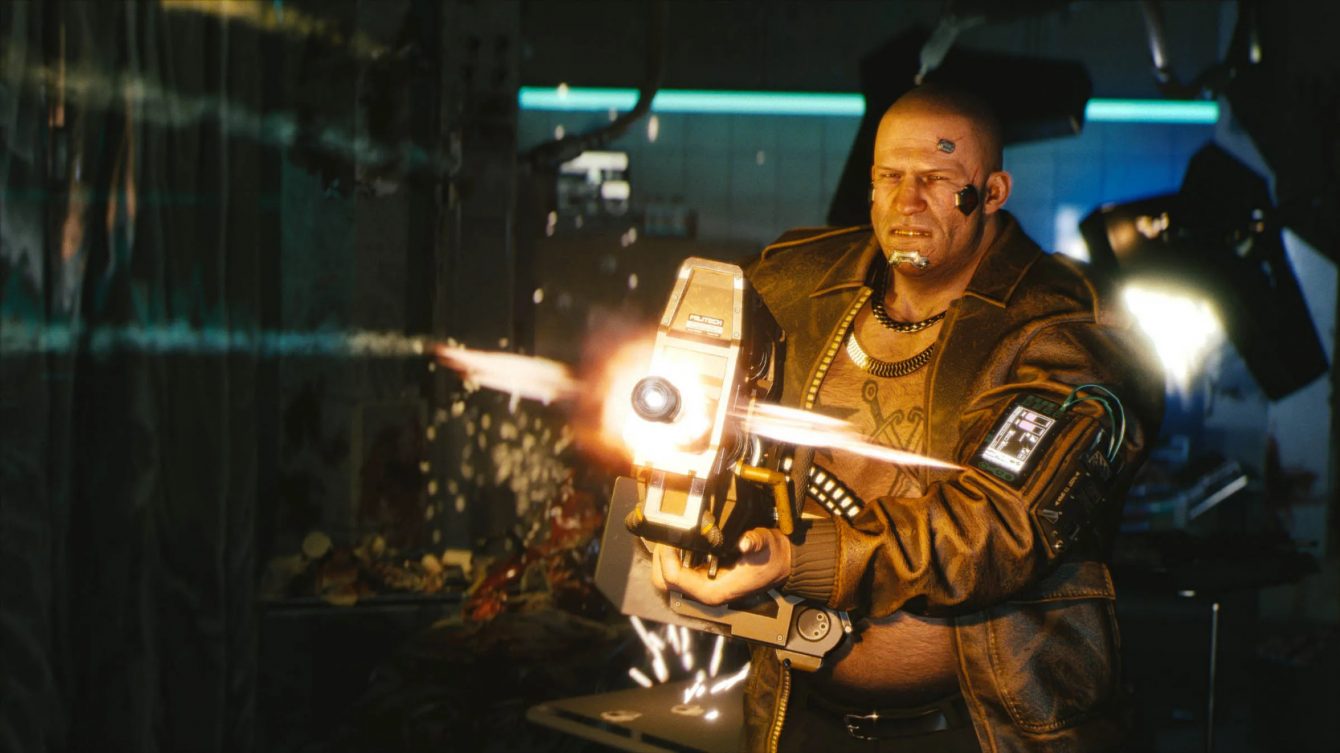 These allegations soon spread across social media like wildfire, in particular garnering significant amounts of traction on the /r/GramingLeaksAndRumors subreddit and Cyberpunk 2077’s dedicated GameFAQs forum.

However, as the claims began to gain attention, CD Projekt Red took to the game’s official Twitter account to succinctly and definitively debunk the rumors, linking to the aforementioned /r/GamingLeaksAndRumors thread and asserting that “this story is simply not true”. 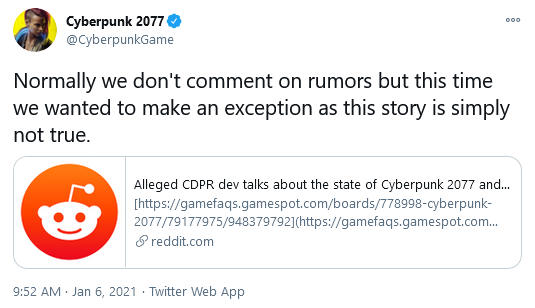 Though they’ve been categorically proven to be false, is there anything in the alleged leaks that would have piqued your interest? Let us know your thoughts on social media or in the comments down below!