Artist Steven Wayne reports to Bounding Into Comics that his fan art of a Dark Side Ahsoka Tano has been censored from the Star Wars subreddit.

A screen shot provided by Wayne to Bounding Into Comics confirms Wayne’s fan art was censored and removed from the subreddit.

The message from the subreddit’s moderators reads, “Sorry, this has been removed by the moderators of r/StarWars.”

It then adds, “Moderators remove posts from feeds for a variety of reasons, including keeping communities safe, civil, and true to their purpose.”

No other explanation was given as to why Wayne’s fan art of a Dark Side Ahsoka Tano was removed from the subreddit.

Interestingly enough another piece of art also depicting a Dark Side Ahsoka Tano is still available to be viewed on the subreddit. 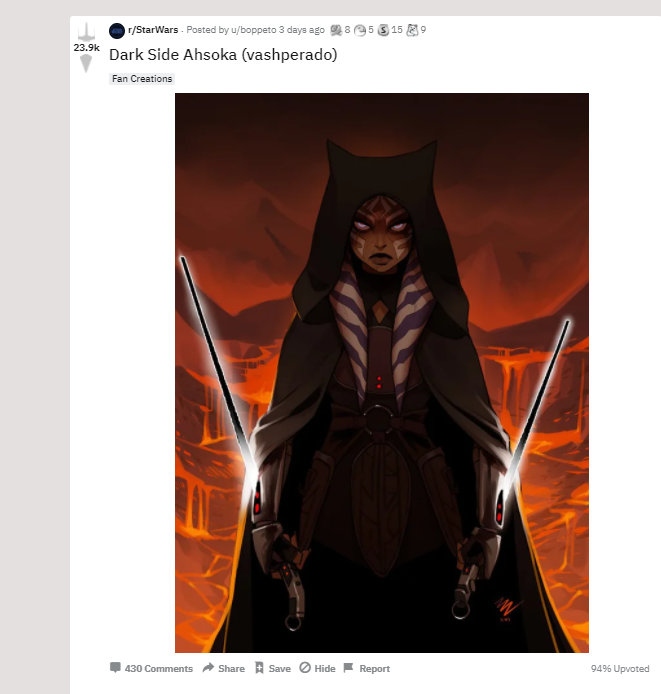 While the subreddit did not provide any explanation for the removal of Wayne’s Dark Side art other than the above message, Wayne is known for his redesigns of Star Wars: The High Republic characters.

Back in April 2020, Wayne shared his redesign for The High Republic’s Avar Kriss.

He wrote on Twitter, “I just had to fix Avar from Star Wars: The High Republic (the bestest Jedi Avar!) because her original design is boring, uninspired, and way too masculine.”

He added, “I mean, if your lead character is basically an overpowered, flawless goddess, at least make her look like one, right?’ 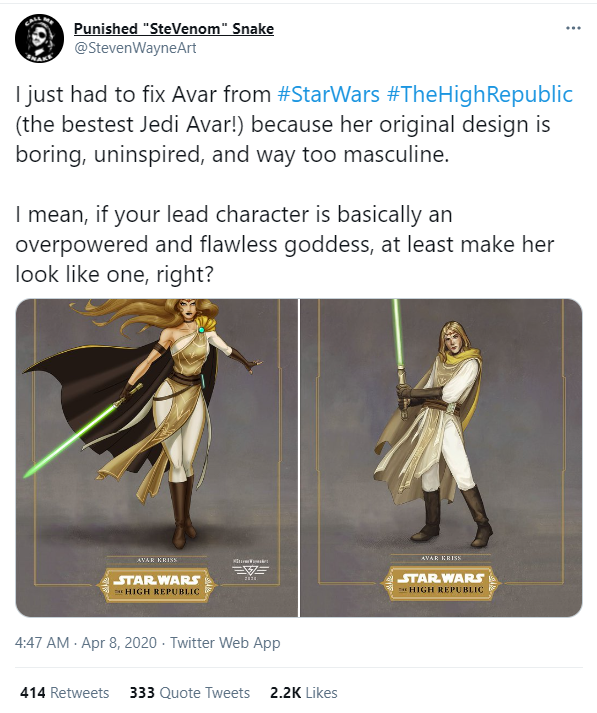 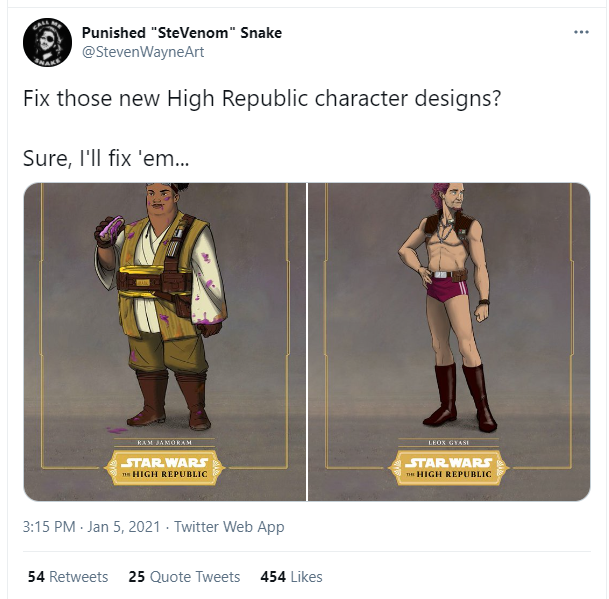 As for Wayne’s Dark Side Ahsoka Tano, he shared work-in-progress images to his Twitter feed back earlier in January. 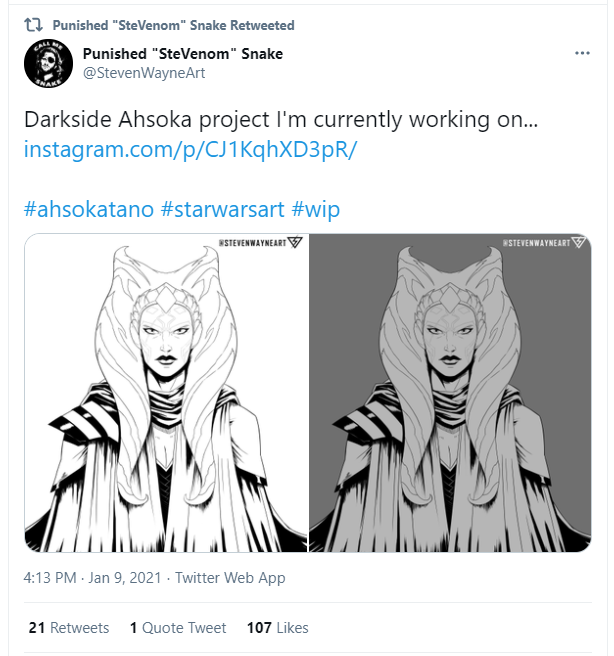 About a week later he shared another update writing, “More progress on this Darkside Ahsoka project. Done with the color flats and shadows. Also added a lightsaber :).” 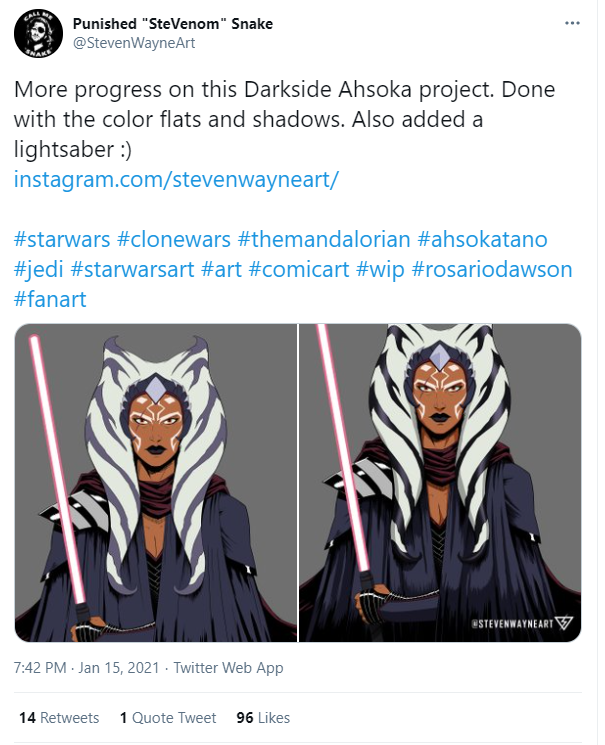 Finally, he revealed the completed work.

Darkside Ahsoka final illustration – My reimagining of Ahsoka had she been turned to the dark side by Vader (perhaps becoming the leader of the Imperial Inquisitors…) https://t.co/jnGaPZQN7Q#starwars #ahsokatano #themandalorian #starwarsart pic.twitter.com/UbA9t9nRfS

Wayne also shared a Speedpaint video to his YouTube channel showing his work from beginning to end.

If you are interested in supporting Steven Wayne and getting your hands on a print of his Dark Side Ahsoka, he recently detailed you can purchase it and others.

Wayne wrote on Twitter, “Well I don’t have a comic book project to pitch (yet) but I do have some top quality art prints for sell!”

He then shared a link to his INPRNT page where you can purchase his prints. 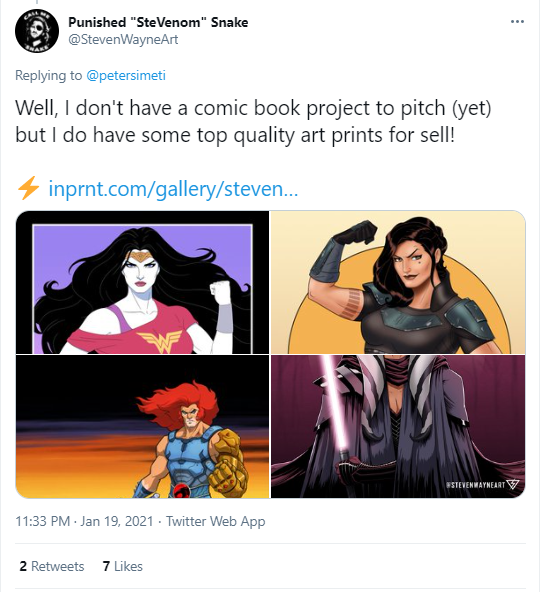 What do you make of the fact that the Star Wars subreddit censored Steven Wayne’s Dark Side Ahsoka fan art?