A new rumor claims that Warner Bros.’ TV division is looking to develop a series based DC Comics’ sextet of villainous strangers, The Secret Six. 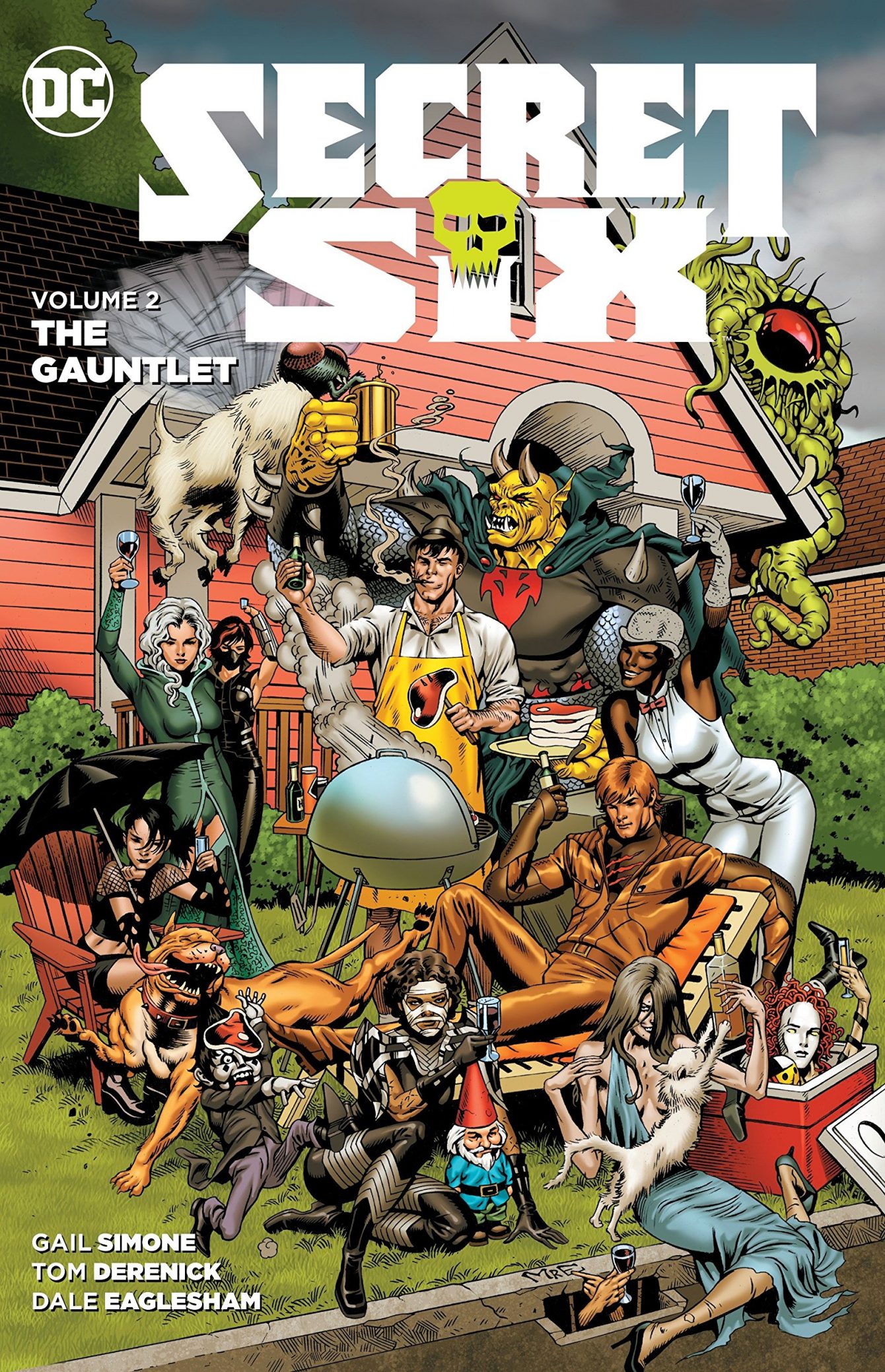 According to The Vulcan Reporter, “Warner Brothers is currently working on redeveloping the previously announced Secret Six television series.”

Originally revealed in 2018 to be in development at CBS, the initial Secret Six series would have been run by Executive Producer and writer of USA’s Suits Rick Muirragui, with Bill Lawrence and Jeff Ingold tapped to server as co-EPs.

Unfortunately, development quickly stalled, and in 2019 Muirragui confirmed on his now-deleted Twitter account that the project was pretty much dead, replying to a fan who asked “How’s the adaptation of Secret Six going” by noting that “It didn’t go forward, unfortunately.” 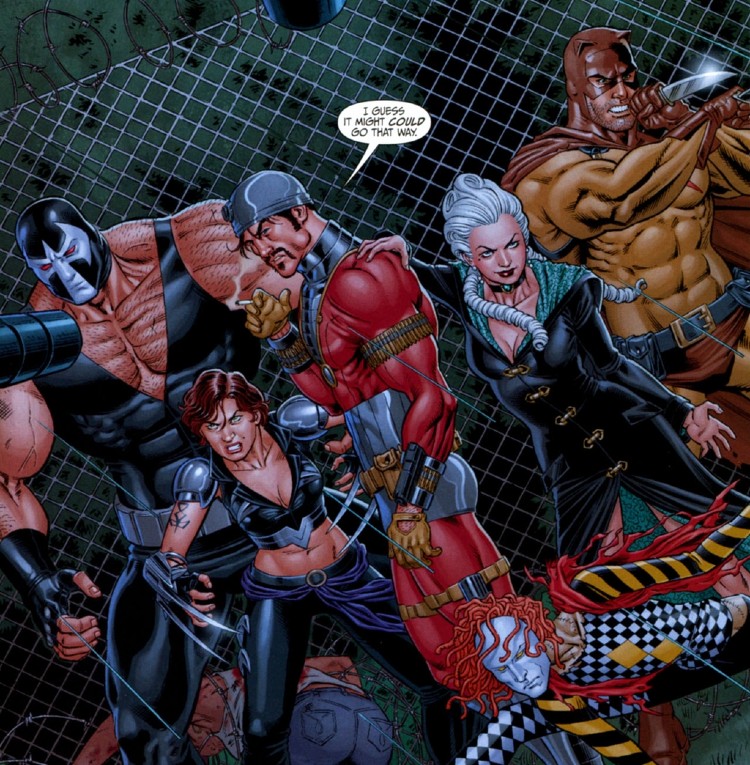 This sentiment was shared by Secret Six writer Gail Simone, the writer behind the team’s revival in the mid-2000s as part of the Infinite Crisis crossover, who stated on Twitter earlier this month that she believed the series to be “no longer in development, maybe?”

However, Simone’s use of the unsure ‘maybe’ in conclusion to her tweet gave fans hope that the series was still in production, as her statement appeared to be much less definitive than Muirragui’s 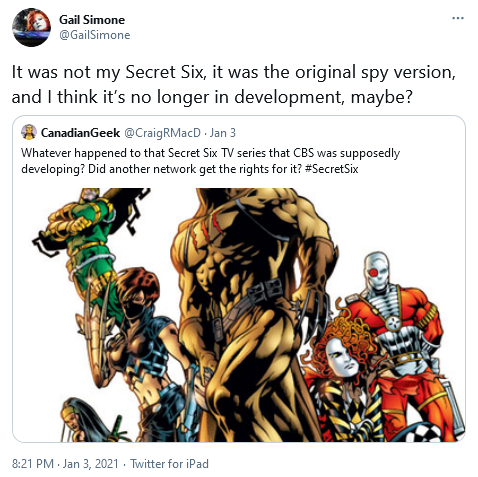 Her Secret Six, introduced in 2005’s Villains United #1, was a lot like the Suicide Squad, minus the bombs in their necks. The series saw established villains, from Deadshot to Fiddler and even Bane once upon a time, being brought together to carry out missions with a risk of high body counts.

However, the first incarnation of the group debuted in May of ‘68 in Secret Six #1, whose story begins with a dynamic Frank Springer cover. Brought together by a mysterious individual known only as Mockingbird, the team of covert strike operatives was composed of August Durant, Lili de Neuve, Carlo di Rienzi, Mike Tempest, Crimson Dawn, and King Savage. 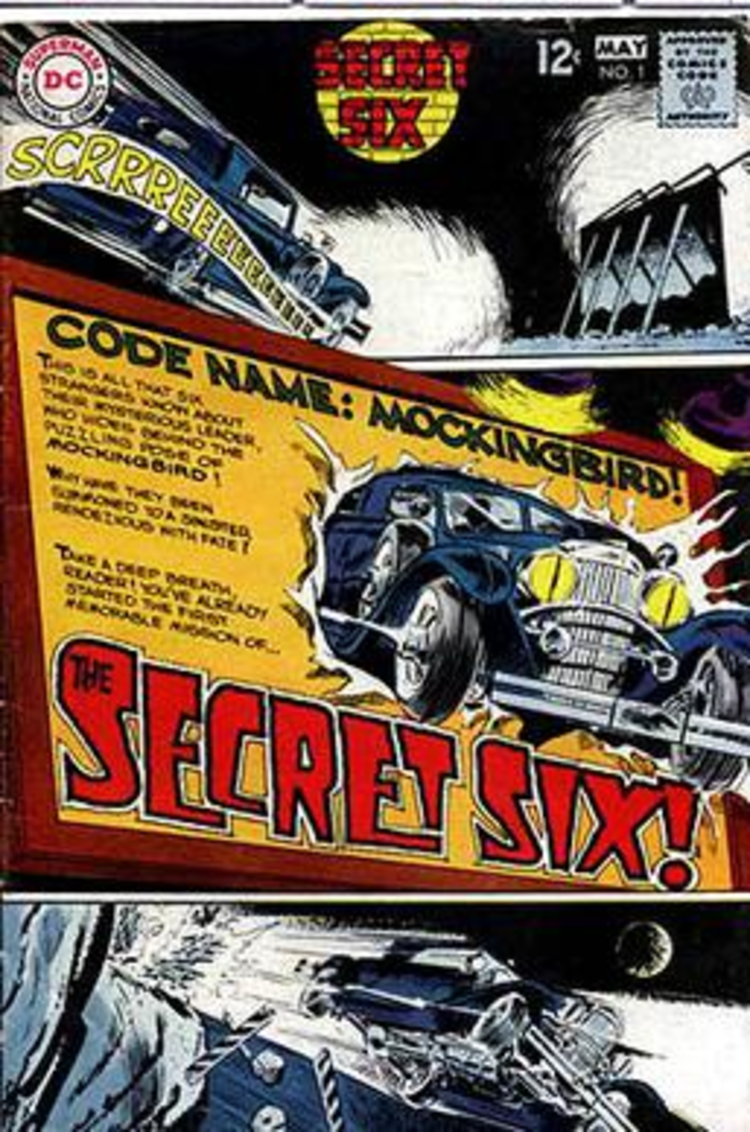 Rick Muirragui’s Secret Six was to be made up of the original 1960s versions of the characters, and while his project may be dead in the water, it’s possible that they could still serve as the lineup for any potential realization of the concept.

Gail Simone’s Six had Catman, Deadshot, Cheshire, Rag Doll, Scandal Savage, and a Parademon. While Mockingbird’s identity wasn’t revealed in the Silver Age run, Lex Luthor was revealed in the Villains United miniseries to be the ringleader manipulating Simone’s team. 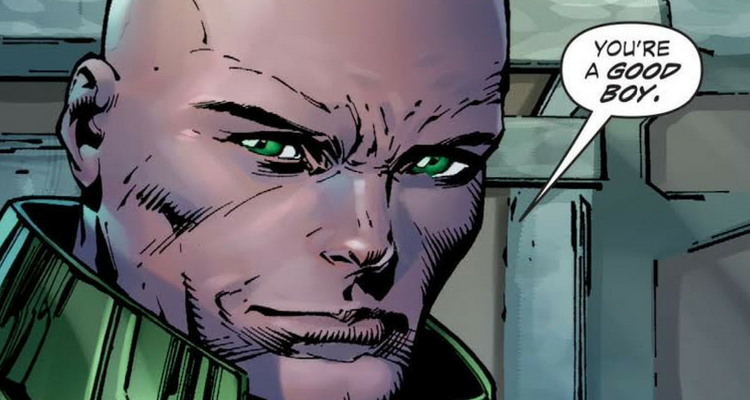 As noted by the Vulcan Reporter, it’s not clear where the series will wind up. If the series is as dark and mature as Titans, CBS may be off the table, leaving HBO Max, Netflix, or perhaps The CW as viable alternative platforms.

Similarly, the pop culture news site also reported that “At the moment, the creative team behind this new take of Secret Six are being kept under wraps.”

What do you hope to see from a Secret Six series? Let us know your thoughts on social media or in the comments down below!