The CW’s second season of Batwoman saw its ratings and viewership continue to decline with the season’s fifth episode titled Gore on Canvas.

According to TV Series Finale, viewership dropped to a series worst 507,000 and ratings fell to .10 also a series worst. However, these are fast affiliate ratings and not final numbers, so it’s possible the numbers could change.

Episode 4 did see its viewership increase by 2,000 viewers and its rating increase by .1 when finale numbers were made available.

As you can see in the chart above, viewership declined by .39% and the ratings dropped by 9.09%.

However, if you compare Season 5 episode 5 to Season 1 episode 5, you can see just how horrible this show is doing in just one season. Episode 5 had viewership of 1.160 million and a .26 rating. 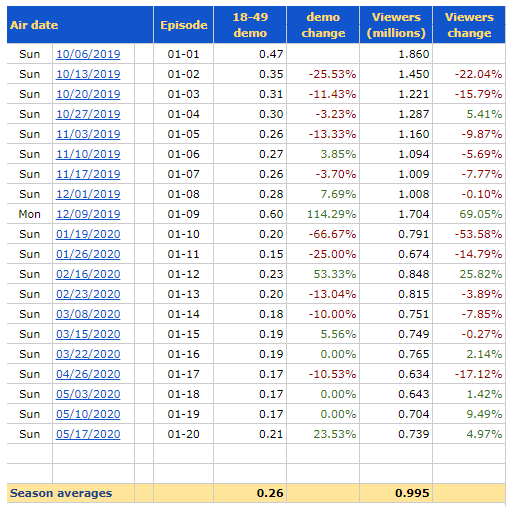 While the show had been consistently declining in audience scores, it did see a slight tick up on Rotten Tomatoes.

The Audience Score following episode 5 now sits at 19% up from 18% from episode 4. That’s where it was after episode 3. 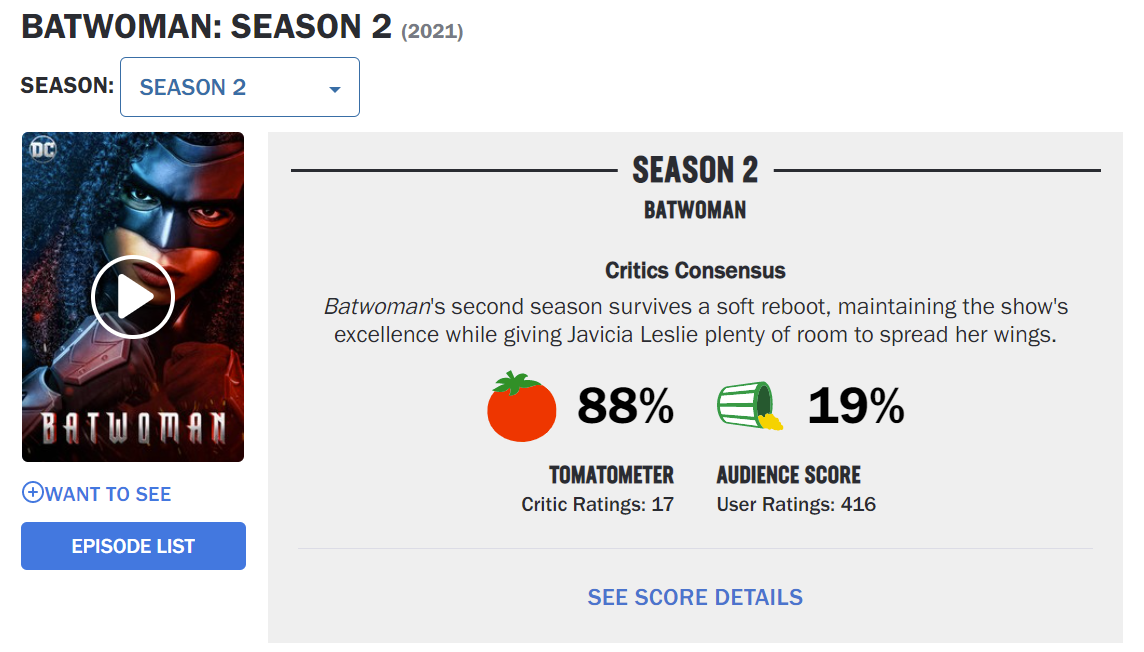 On IMDB, the weighted average score still remains flat at 3.4 out of 10. However, like last week there were about another 130 negative 1 out of 10 scores compared to only 14 10 out of 10 positive votes. 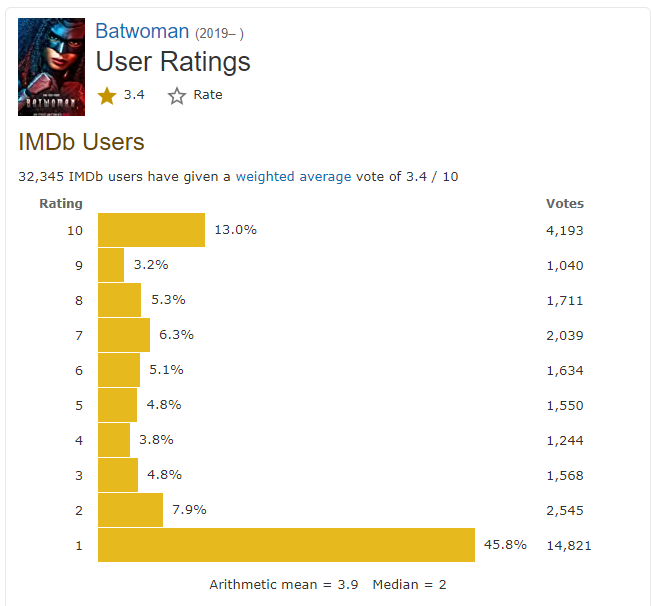 YouTuber HeelvsBabyface continued his Batwoman review and explained why viewership and audience scores continue to decline.

He begins his review stating, “I have no idea what I watched. This episode was trash would be such a compliment. It was just all over the place.” He would go on to call it a “f***ing disaster.”

The CW did announce that Batwoman was renewed for Season 3.

The show’s star Javicia Leslie celebrated her excitement on Instagram.

What do you make of Batwoman’s declining viewership and ratings? How low will they go?