Welcome to the Sunday Edition of The Daily Stupid, where we cover some of the dumbest and most idiotic things happening around the world and on the internet, courtesy of your friendly neighborhood Associate Editor.

Today we have a hilariously transparent piece of blatant pro-Joe Biden propaganda, Urban Dictionary censoring the term ‘BlueAnon’, Vox’s poor recollection of a Dr. Seuss book, and one Smash player’s outrage towards a jiggle physics mod for Pyra and Mythra in Super Smash Bros. Ultimate.

Buckle up, this one’s going to be a doozy. 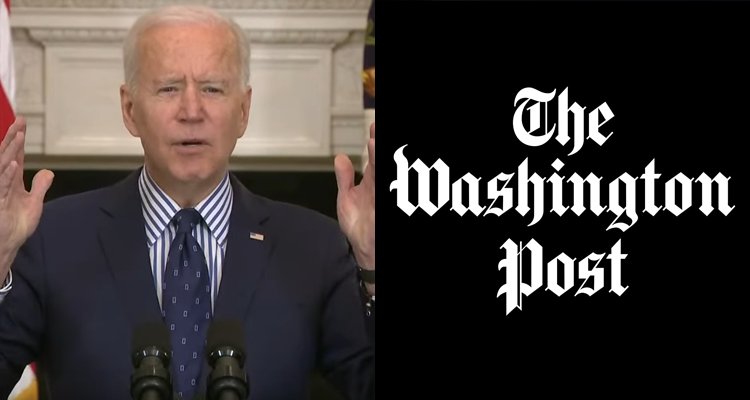 On March 6th, the United States senate passed President Joe Biden’s $1.9 trillion ‘American Rescue Plan’, which, among a series of budgetary allotments for primarily state and local governments, included a provision that would see the issuance of $1400 stimulus checks to eligible American citizens. 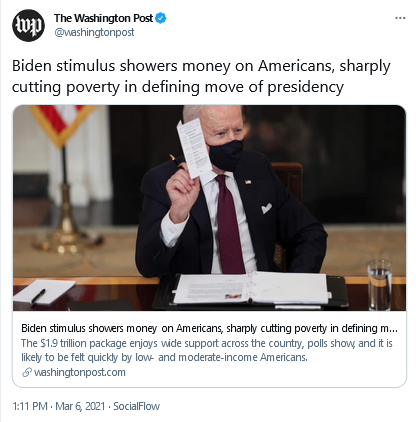 First off, it should be noted that these $1400 stimulus checks are $600 less than the $2000 that Biden had previously promised.

Most notably, during a January 5th campaign rally for Democratic candidates Jon Ossof and Rev. Raphael Warnock in their races for the Georgia senate, Biden declared that “their election will put an end to the block in Washington of that $2,000 stimulus check, that money that will go out the door immediately to help people who are in real trouble.”

Second, Biden’s relief plan will reduce the number of Americans who qualify for stimulus checks by 16 million compared to the previous amount eligible under President Trump, a move which even Minnesota Democratic Representative Illhan Omar has described as “a failure”.

No amount of fluff from The Washington Post can cover up the fact that President Biden has not only failed to deliver on his campaign promises, almost all of which seem evermore unlikely to be fulfilled as his presidency continues, but lied straight to the faces of the American people.

Honestly, it’s sad, if not outright insulting, to see such a blatant attempt to ‘clean-up’ a politician’s failures just because they’re on ‘their side’, especially when it’s at the expense of millions affected by the pandemic. 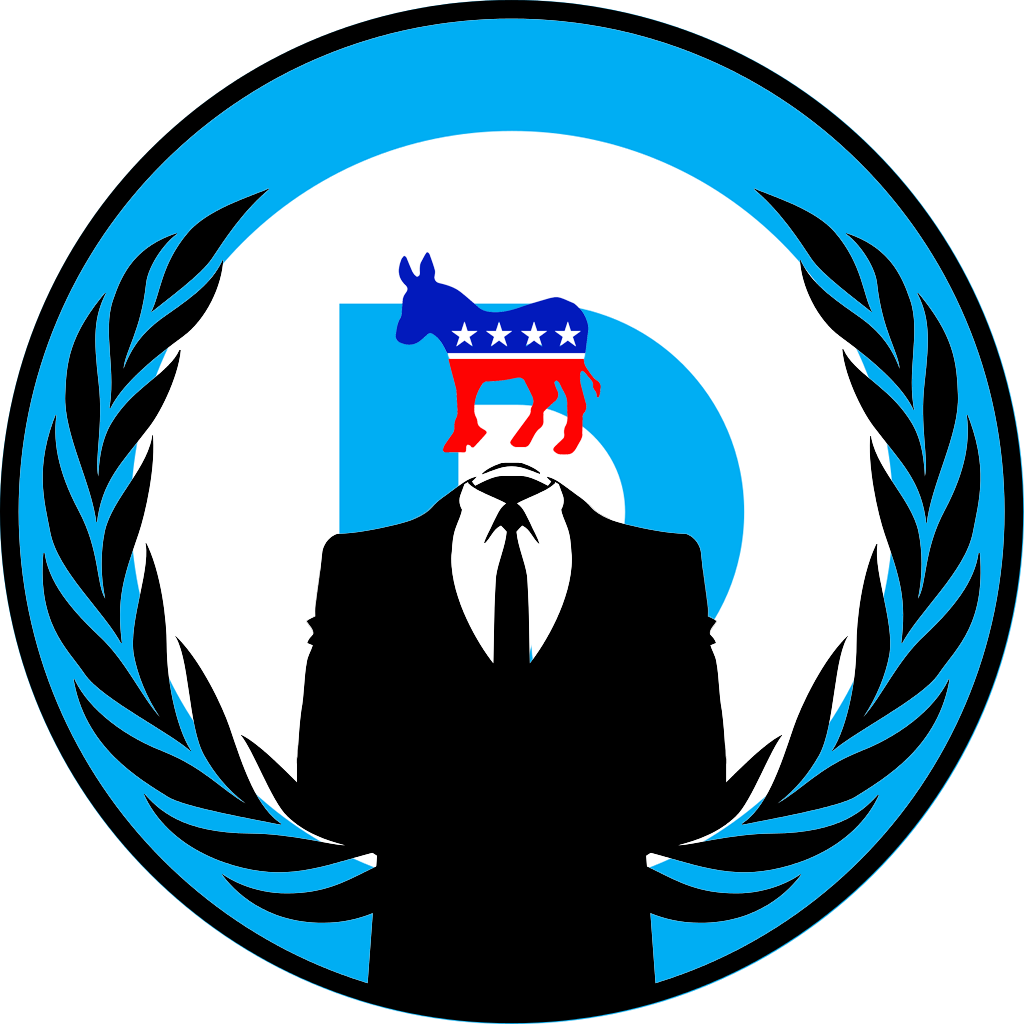 As more and more Democratic voters have taken to espousing mental gymnastics to justify the recent failures of prominent party figures such as President Biden, New York Governor Andrew Cuomo, and California Governor Gavin Newsom, users on social media have taken to labelling adherents to such ways of thinking as ‘BlueAnon’, the Democratic equivalent to QAnon.

However, while the pejorative use of Qanon as a descriptor has been freely accepted and promoted towards anyone who doesn’t ascribe to the most radical of leftist beliefs, it seems the internet powers that be haven’t taken too kindly to BlueAnon being used in a similar-but-converse fashion.

As pointed out by Agent Poso creator Jack Posobiec on Twitter, UrbanDictionary, one of the first resources one would likely use to search out the definition of the newly coined internet slang, has removed the site’s entry on BlueAnon. 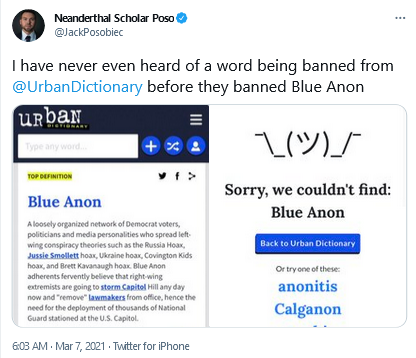 It continued, “Blue Anon adherents fervently believe that right-wing extremists are going to storm Capitol Hill any day now and ‘remove’ lawmakers from office, hence the need for the deployment of thousands of National Guard stationed at the U.S. Capitol.” 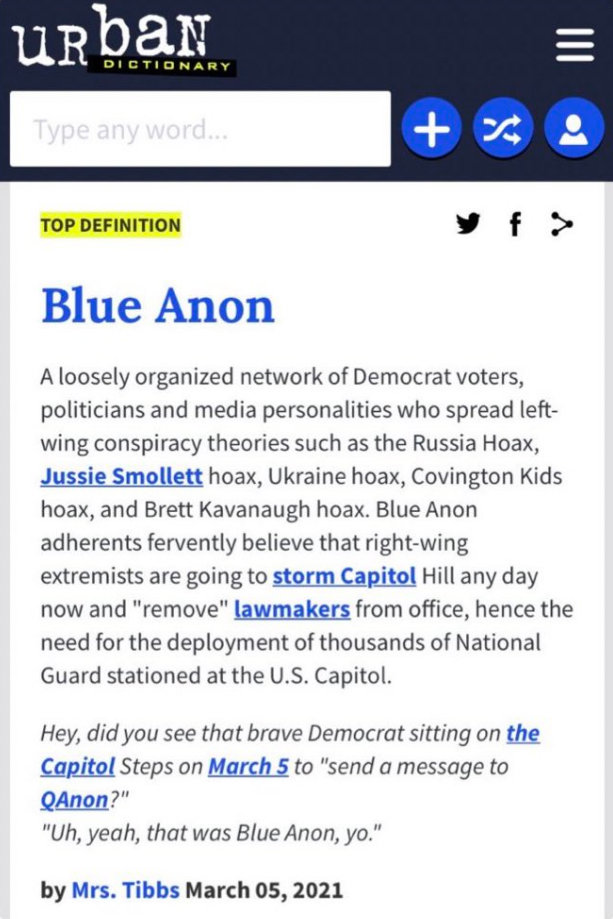 Not only has UrbanDictionary cowardly contributed to the enforcement of the growing double standard many internet platforms have taken towards censorship (two pages worth of various QAnon definitions still persist on the site), but they’ve all but guaranteed that the term will catch on and spread like wildfire (the Streisand Effect never fails to deliver).

3. Vox Claims Cat In The Hat Sequel Is Racist Based On Complete Misremembering Of Book

Given how the allegations of racism against Dr. Seuss have taken headlines by storm this past week, it’s no surprise that the performatively progressive Vox News would step forward to add their two cents to the conversation.

Pointing to the same tired examples of the racist propaganda cartoons drawn by Dr. Seuss during World War II (which he later apologized for, even writing Horton Hears A Who as an apology for his view towards the Japanese during the conflict) and how there “are very few characters of color” in his books, Vox’s argument doesn’t really say anything new, nor does it really make any sort of point outside of “if you look at this through a racist lens, you’ll see racism.”

However, there’s one segment of Vox’s article that highlights just how ridiculous this approach towards Dr. Seuss’ work, and really any piece of media, truly is. 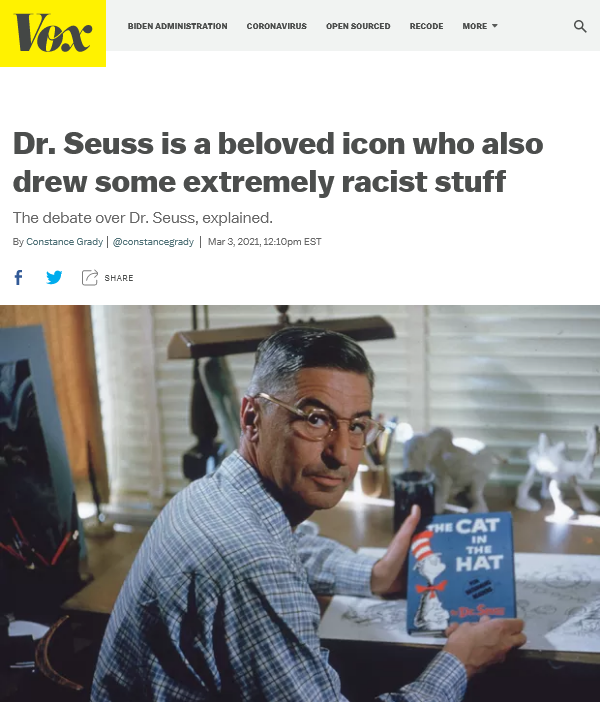 In discussing the origin of The Cat In The Hat, writer Constance Grady attempts to view the sequel to the character’s titular debut, The Cat in the Hat Comes Back, through this lens. “To be clear, I am not arguing that The Cat in the Hat is definitely racist, or that someone has to be racist to read The Cat in the Hat to their kids,” wrote Grady.

Grady added, “I would, though, suggest that this context makes that plot line in the sequel where the Cat smears ink all over the house and then the kids yell at him to kill the stains kind of uncomfortable, in light of the racial history of the way Black people, dirt, and ink are associated in American pop culture.”

Yet, just hours later, Vox would issue a correction to Grady’s piece, amending the article to note that “an earlier version of this article said that the Cat in the Hat smears a house with black ink in The Cat in the Hat Comes Back. It was actually pink ink.” 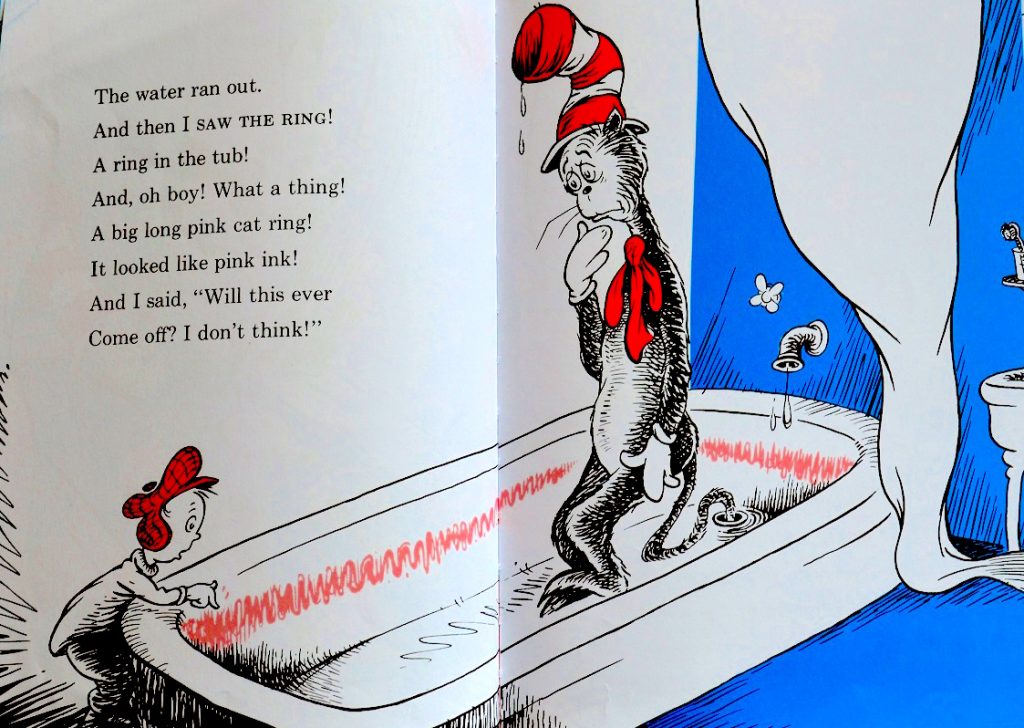 Every time a critical social justice or race activist tilts at windmills, not only is it interesting to see what absurd take they walk away with, but it almost always seems to result in nothing but embarrassment for the person seeking valor.

4. Smash Pro Absolutely Not Mad Over Jiggle Physics Mod For Pyra and Mythra 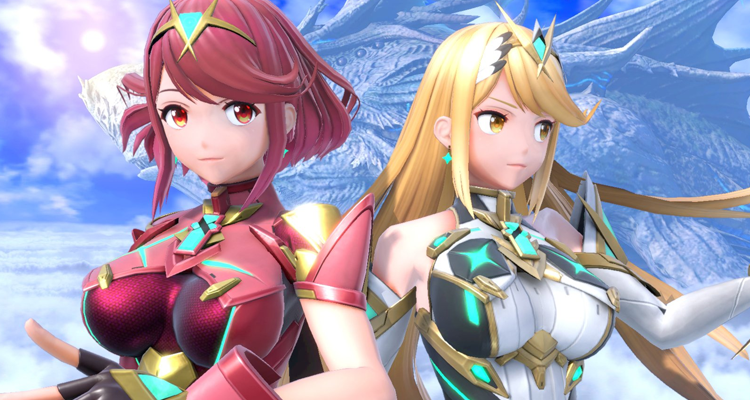 Of all the attempts to virtue signal over the physical appearances of video game women, none will ever be as bewildering as those done by professional Smash players.

On March 5th, Smash modder @REALMadMax1960 revealed to his followers that he had created a new mod which would give “pyra and mythra exaggerated jiggle physics.” 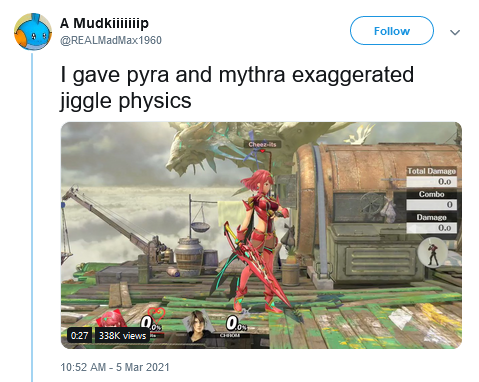 Unsurprisingly, the Smash modder soon faced a wave of backlash, particularly from members of the collective Smash community, who found his very creation of the mod to be offensive due to what they believed was ‘unnecessary sexualization’ of the two characters.

Among the chorus of critics was Pro Smash player @Hugs86, who responded to players who suggested that the mod’s existence ‘wasn’t hurting anyone’ by filming a 14-minute “video trying my best to explain what’s stupid about the Pyra/Mythra boob physics mod floating around twitter“. 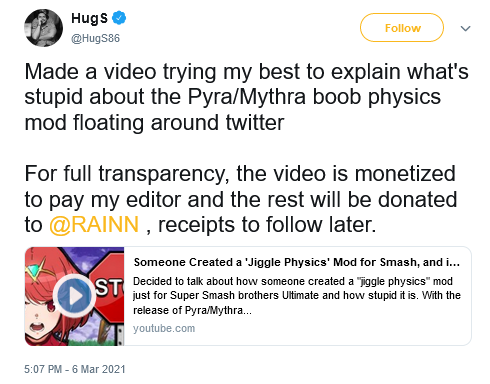 HugS’ arguments are nothing new (a running trend this fine Sunday), as he simply retreads the  same unsubstantiated claims that are usually made by such performative defenders of fictional characters, such as ‘all women are made uncomfortable by the existence of jiggle physics’ or that ‘human beings are unable to separate fiction from reality’.

Whether this is all projection on HugS’ part or he genuinely believes he’s doing the world a great service is beside the point, as his arguments hold absolutely no weight. After all, it’s hard to retain any claim to a moral high ground when asserting yourself as a representative for a community crawling with predators of real-world children.

Ultimately, it seems as if HuG’s energy would probably be better served helping to clean up his own backyard before trying to tell others how to tend to theirs.