Campaign manager for Scott Snyder and Tony Daniel’s crowdfunding efforts for their comic Nocterra (formerly Nocturnal) Camilla Zhang has stepped down from her post, but not before leaving an explanation for backers. 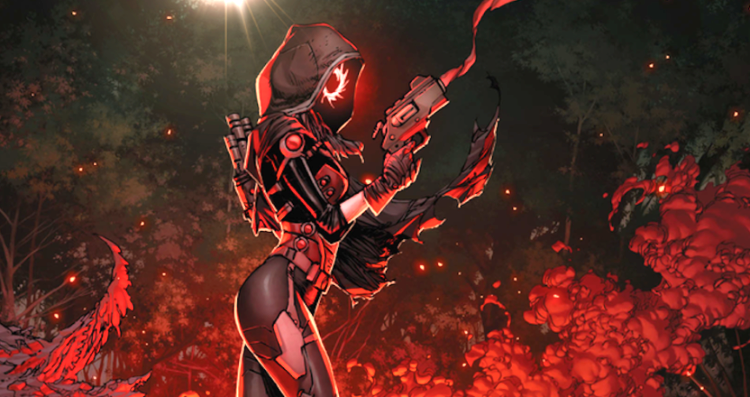 Zhang wrote in an update on the campaign’s page that she was quitting due to “personal and professional developments and a family health crisis,” and announced that Tyler J. will be taking her place.

“He’ll be answering questions on here and through the BestJackPress Gmail account from here on out,” said Zhang, before imploring fans to “Please be nice to him!” 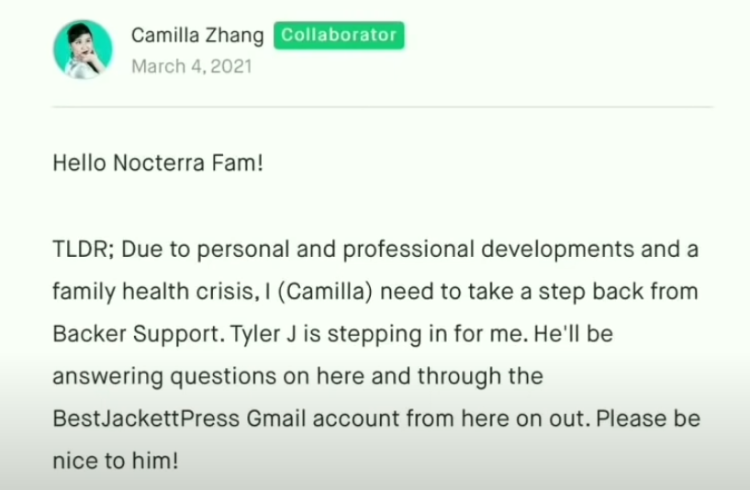 She continued, “I’ve gotten to know some of you and didn’t want to bid farewell without a proper goodbye and explanation.”

“Some folks might think this is TMI, but I’m a firm believer that Kickstarter is meant to be a place where you’re part of a community,” she clarified. “I’m not a faceless campaign manager or customer service person, though some would like to see me and treat me that way.”

Zhang then explained her professional developments involved two new jobs. “I recently joined Z2 comics as a full time Senior Editor,” she wrote. “And I’m also part of a startup as their Chief Product Officer.”

On a personal level, she added “Oh, and I’m having a kid. That’s the good news,” but noted that conversely, it came with some “bad news”, as Zhang revealed that “my grandma’s in the hospital with COVID and my single mom is leaning on me for support.”

“When you add it all up, this Camel’s got a lot of straws on her back!” Zhang continued. “As much as I like seeing projects through to the end, I’ve gotta take a break.”

In a closing side note, she conveyed her displeasure with her customer base. “Even when dealing with a customer service agent, please remember that there is a human on the other side,” Zhang began.

She continued, “If you start your comment or question with a snippy tone, you’re not likely to get what you want. You reap what you sow; get more with honey than vinegar, etc. You know, do unto others.” 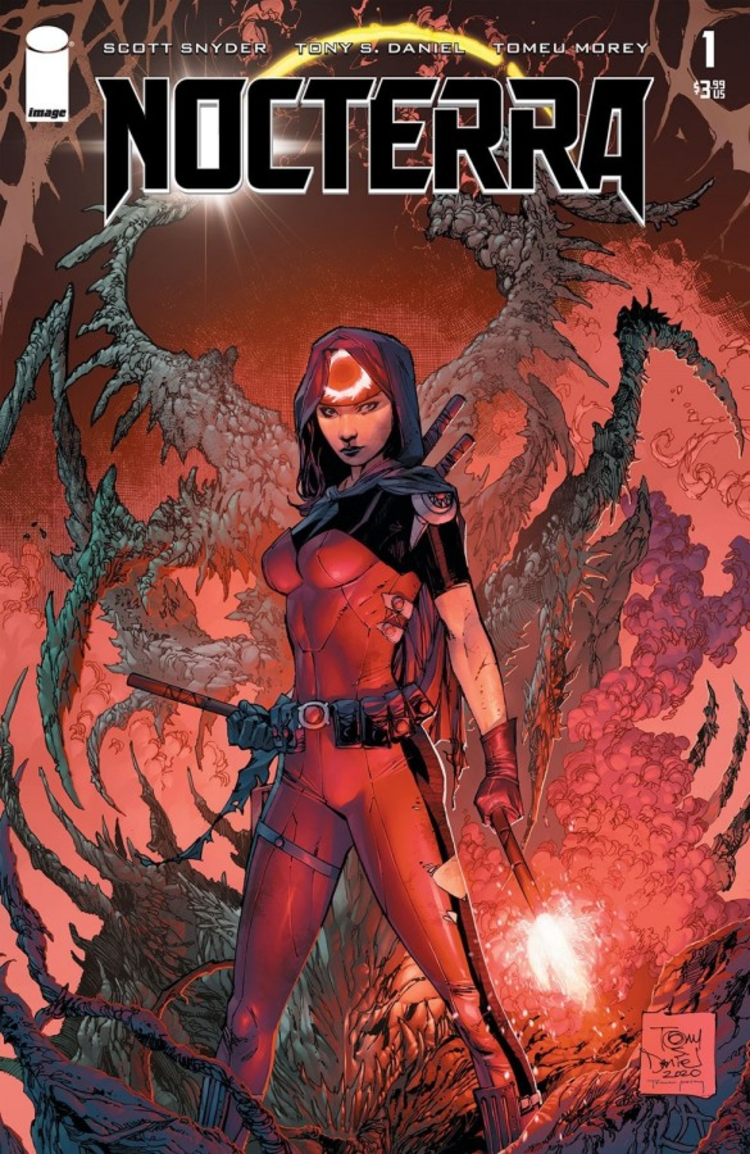 An example of the way she conducts business with customer service followed, complete with an attack on corporations.

“For example, I’m respectful toward Optimum Customer Service Reps but criticize the company itself, which IMO is punching up since they are not a 2-man operation but a giant conglomerate that has a literal monopoly in my area,” she said.

“But I digress,” she concluded. “Just be good out there, ok, guys? You can make the world better and kinder in large ways and small.” 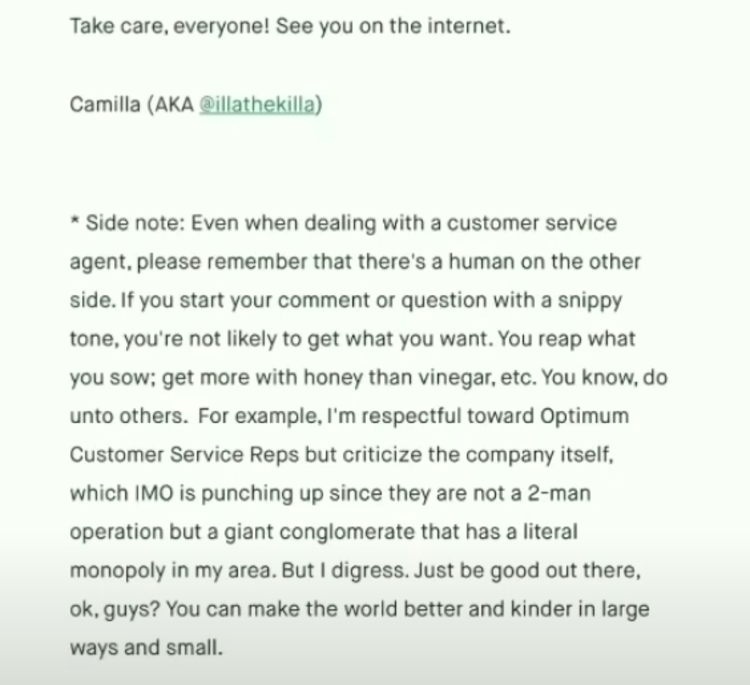 Zhang also tweeted about her frustrations with customers in February, sharing her opinion that “the single most challenging thing about running a @kickstarter campaign is handling customer/backer service.”

“I’m literally just one person liaising with a printer & distributor & I’ve got backers assuming I don’t care of telling me about spelling errors on a Project Update,” wrote Zhang. 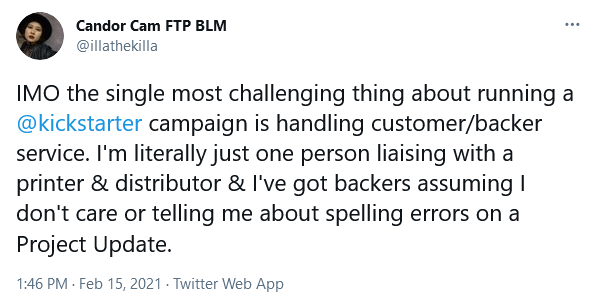 A week later, she publicly vowed to “never again” handle “customer service for Kickstarter campaigns unless it’s my own.”

What do you make of Zhang’s departure from Snyder’s Nocterra? Let us know your thoughts on social media or in the comments down below!