The Mechagodzilla figures from Playmates we caught glimpses of throughout 2020, and by the same token the giant robot’s design in Godzilla vs. Kong, are revealed in new images. 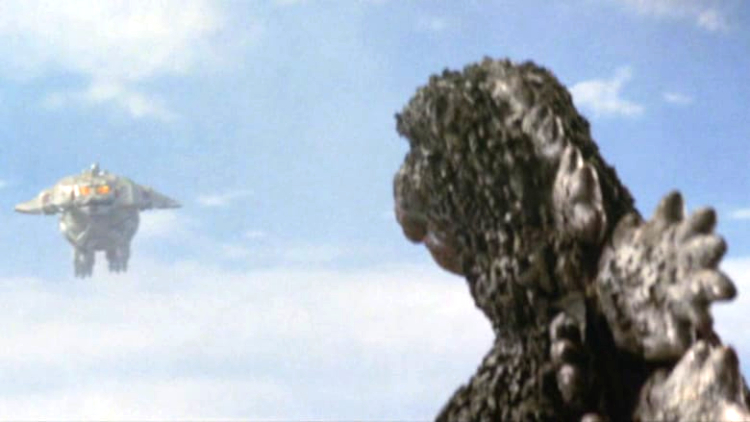 The images are provided by the Instagram of Kaiju News Outlet, which warns of spoilers, but come from Walmart listings for the 6-inch and 11-inch Mechagodzilla toys.

For your convenience, we share them here below, starting with the 6-inch figure. 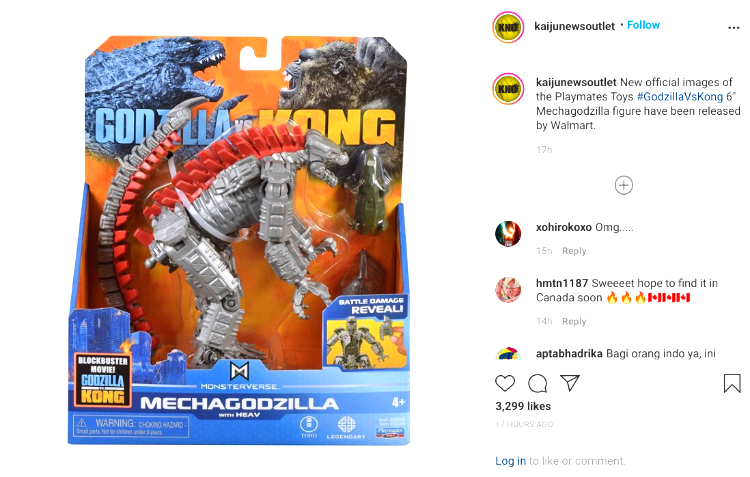 In its package, you can see the collectible comes with a few accessories that include a HEAV hovercraft. It could be Mecha G takes on one of the vehicles in battle but no spoilers indicate that.

A product description from UK store Smyth’s Toys offers another answer, that Mechagodzilla actually throws it at his foes.

It reads, “A robotic Apex predator with unstoppable powers of laser destruction, MechaGodzilla was created in secret to destroy Godzilla and end the reign of monsters.”

The description also states, “Re-enact your favourite scene from the Godzilla Vs Kong movie! This 15cm tall articulated MechaGodzilla action figure features battle scars and wields a HEAV: Hollow Earth Anti-Gravity Vehicle, to use in battle as a projectile weapon!” 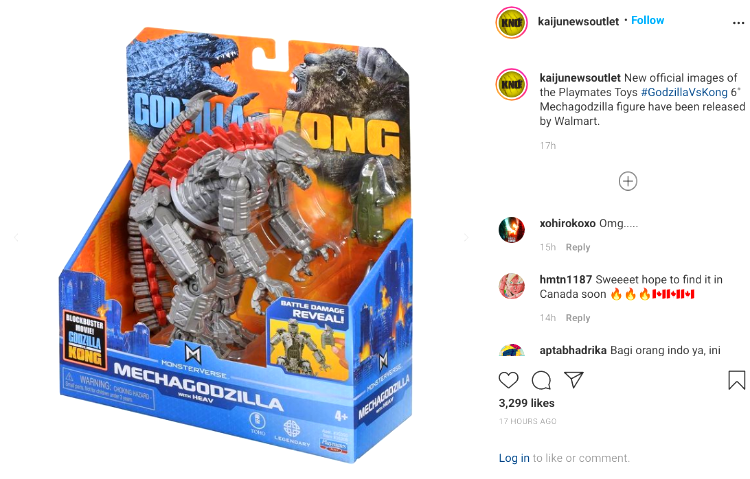 From another angle, you can get a better idea of the tail attachment’s features, such as what looks like a scythe or spike on the tip. 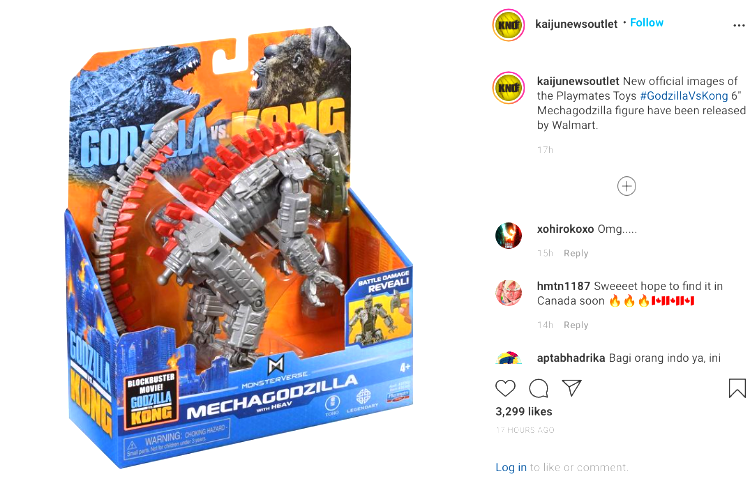 Then comes the box art showing the figure fully assembled and related collectibles. 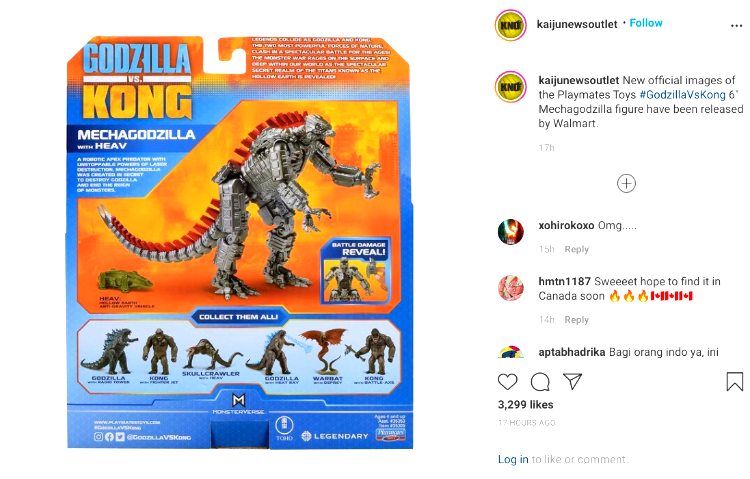 Here is the figure measured. 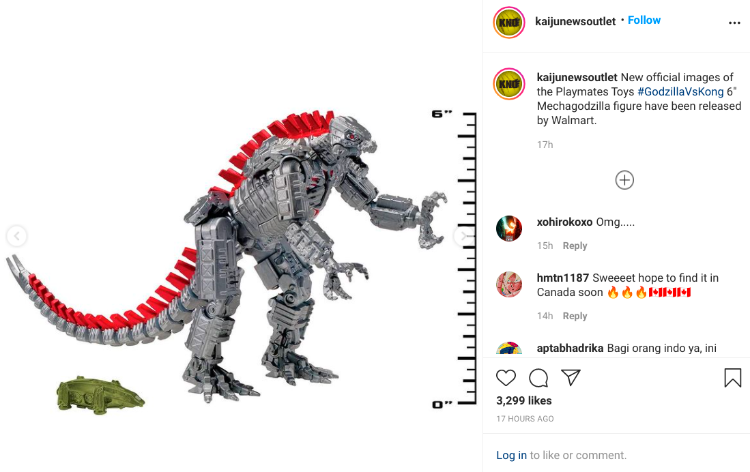 And, like the other monsters in the line, Mechagodzilla comes with battle damage that the organic Godzilla possibly inflicts when they fight. 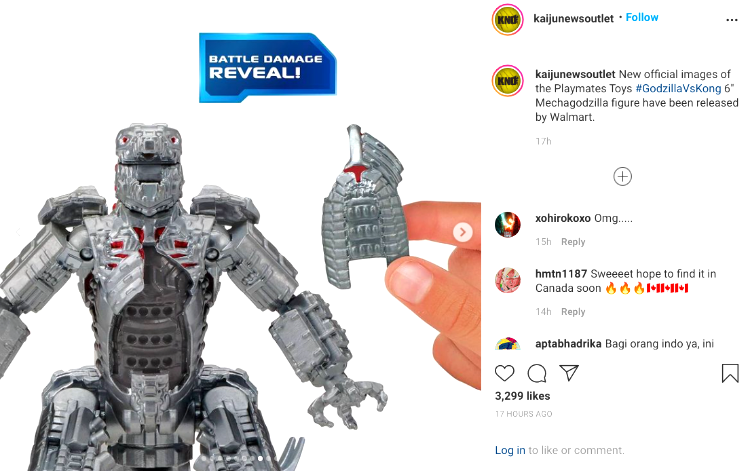 Moving onto the 11-inch giant figure, it doesn’t have the same accessories or battle damage so it might be better for display. 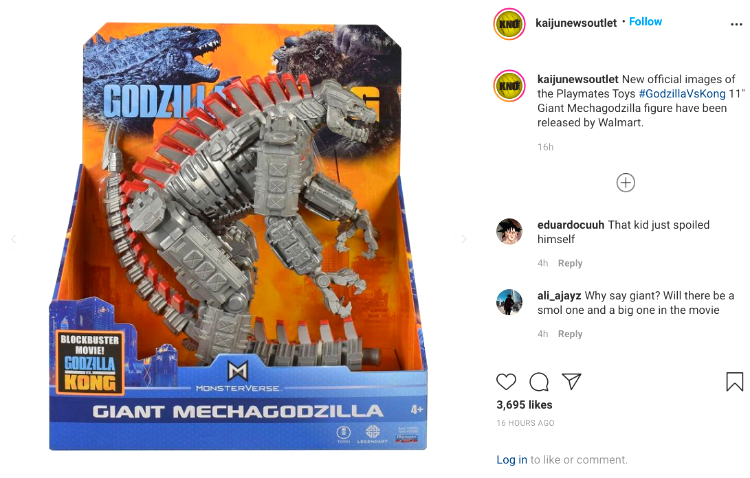 And here it is showing off the size. 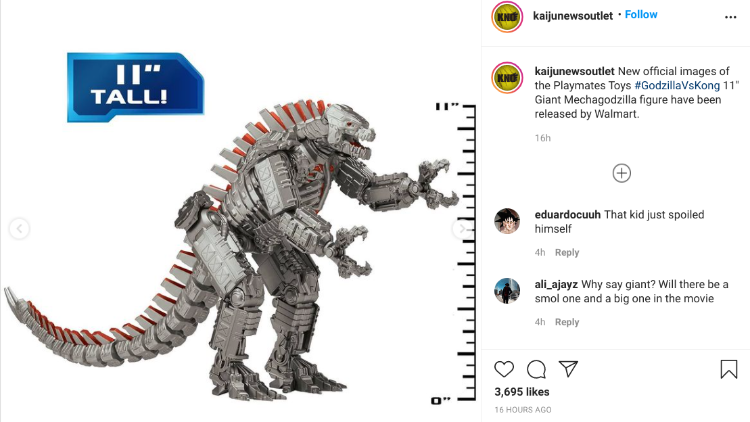 Kaiju News reported in a tweet that both Mechagodzilla figures are up on Walmart’s website and are being spotted at Walmart locations, but no photographic evidence is presented to confirm this.

Spoilers from last year have it that Mechagodzilla is the final boss in Godzilla vs. Kong and the two Titans put their differences aside to defeat the mechanical menace. It’s a twist, not 100 percent confirmed, but it is a foregone conclusion at practically 99.99 percent confirmed – give or take.

Conversely, what is virtually a lock with a fair amount of certainty is that Mechagodzilla will be the return by proxy of King Ghidorah, or at least one of his heads. The mech weapon of destruction more than likely uses Ghidorah’s brainwaves to function and, in turn, that sets Godzilla off on his rampage.

That nugget was reported by Collider although director Adam Wingard was loath to give anything away, wanting us to wait and see the movie, which some of you will in theaters on March 31st.

In the US, GVK streams same-day on HBO Max, so bet on a lot of people staying at home to enjoy it.

In honor of that option, HBO Max released a new face-to-face poster you should see. Do so below: 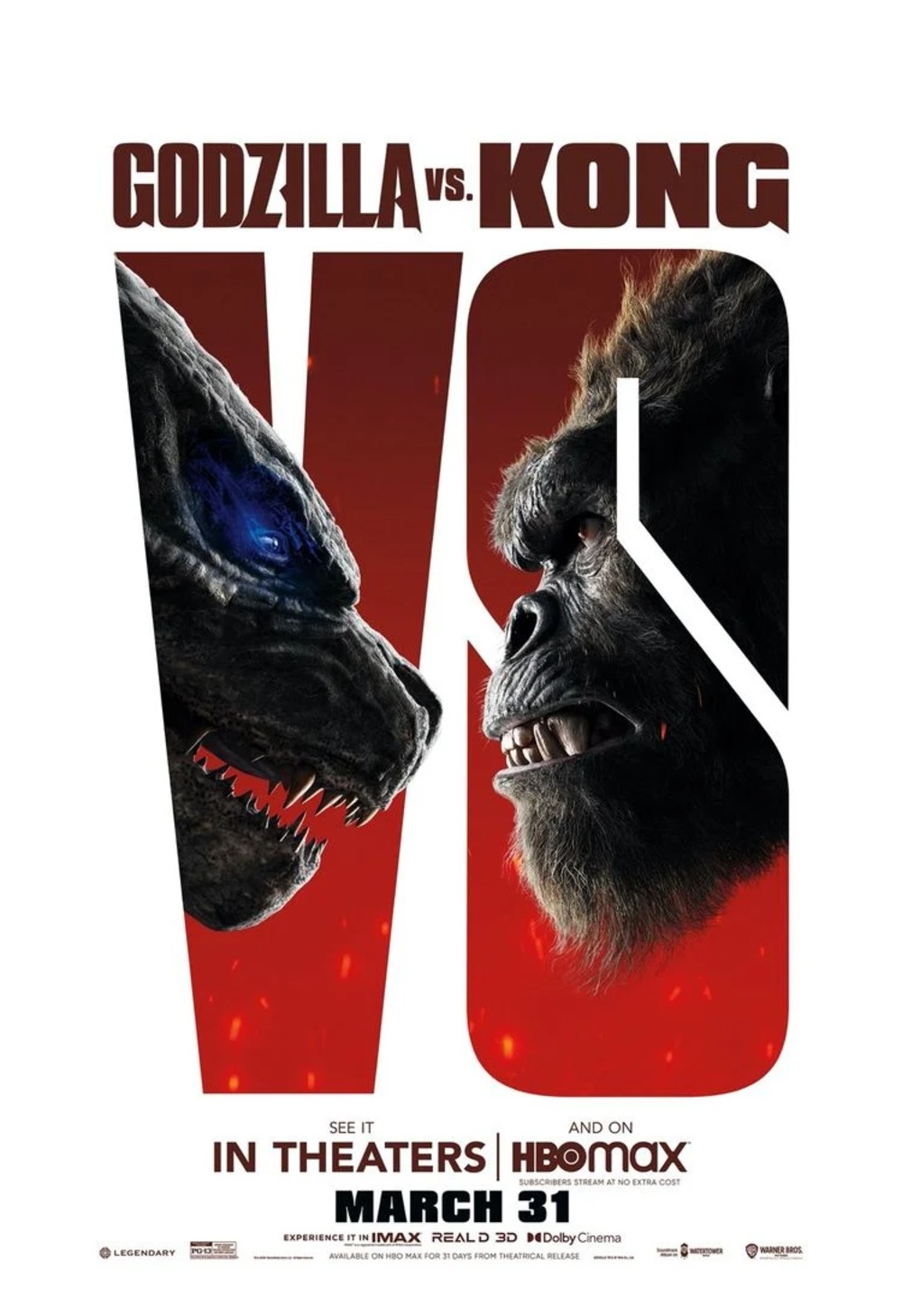 And tell us, do you plan on pre-ordering one or both of the Mechagodzilla figures? What do you think of the redesign? Leave us a comment.