YouTuber Drunk3p0 has reported that his line of ‘Welcome To The Rebellion’ t-shirts, made in support of actress Gina Carano following her firing from Disney and Lucasfilm, is no longer available to purchase on Teespring after running afoul of an unspecified site policy. 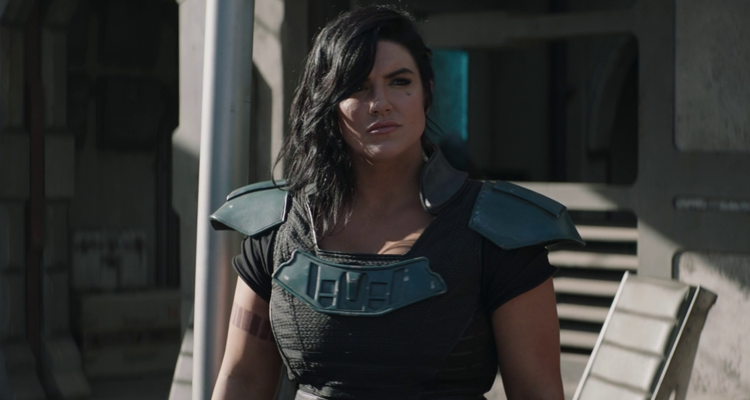 On April 15th, the YouTuber took to his personal Twitter page to inform his followers that not only had he received yet another flag against against the ‘Welcome To The Rebellion’ shirts, but that this one had broken the camel’s back and resulted in the “entire store [being] taken down.” 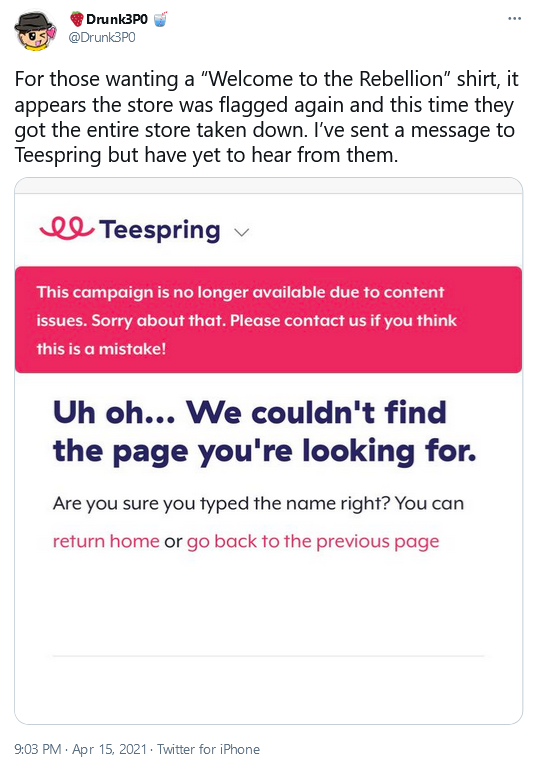 “I’ve sent a message to Teespring but have yet to hear from them,” added Drunk3p0. “Pretty sad, we raised money for charity with that.”

In response to Drunk3p0’s inquiry, Teespring informed him, “Spring strives to create the best community possible for our fans and creators.”

They added, “If we see that your account has violated any of our policies multiple times, we reserve the right to disable your entire account at our own discretion.”

However, according to the YouTuber, he “never got a notice of any violations except for the Drunk3po logo shirts, which were taken down a while ago and not put back up.” 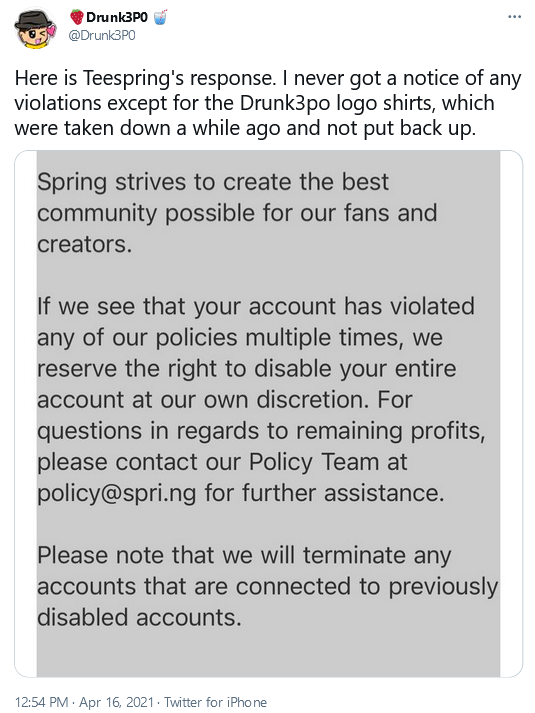 The idea for the shirts came from a February 12th tweet by Carano herself, wherein just two days after her firing from The Mandalorian, she retweeted the announcement that she would produce and star in a film for The Daily Wire and wrote “This is just the beginning.. welcome to the rebellion.”

Two days later, in a show of support for the actress in her fight against Disney and Lucasfilm’s attempts to make her a persona-non-grata in Hollywood, Drunk3p0 created a clothing design based on Carano’s aforementioned tweet.

Featuring yellow text reading ‘The Rebellion’ written in a stylized font, the graphic was then sold on a number of items through a Teespring storefront operated by the YouTuber, who further intended to continuously donate the proceeds from the clothing sales to “a different charity each month.” 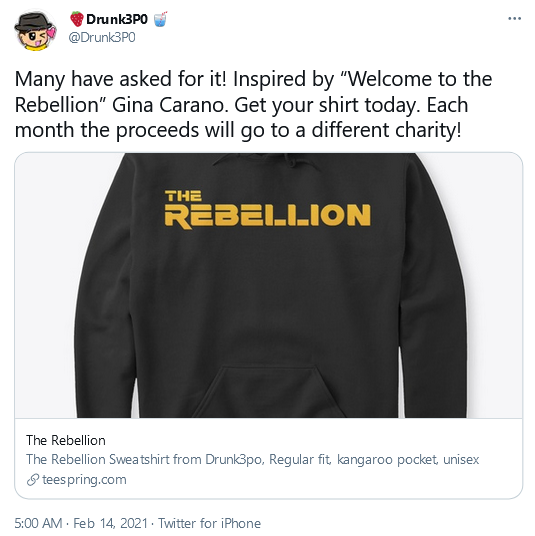 Drunk3p0’ informed his followers that the first charity was Feeding America. 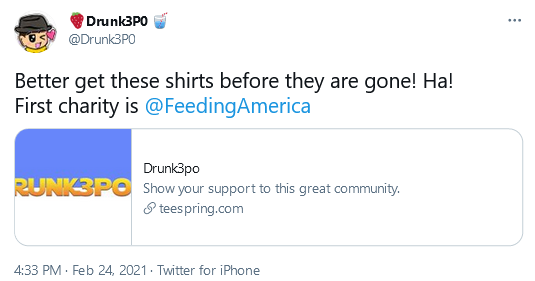 As of writing, it remains unclear what specific factors resulted in Teespring taking action against Drunk3p0’s account.

What do you make of Teespring’s decision? Let us know your thoughts on social media or in the comments down below!