Quite often, a series will slip by readers that is praised by those who picked it up and vouched for by creators who worked on it. When the series unsurprisingly fails, the reasons can be manifold but they usually wind up boiling down to poor sales. 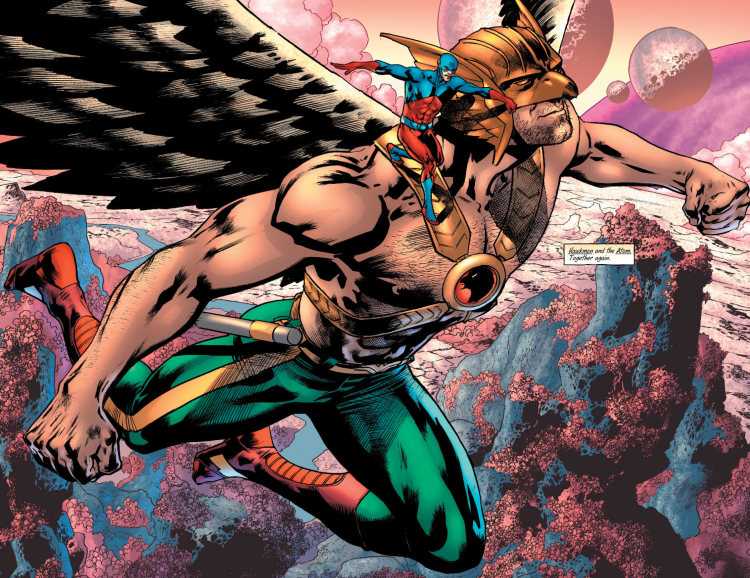 But poor sales have their own motivating factors which, normally, can be summed up in lack of interest or an inadequate generation of buzz by the publisher. In the case of a recently canceled Hawkman book, the latter could very well be the problem.

Famed Marvel and DC Comics artist Bryan Hitch thinks this is so. Typically avoiding sensitive issues on social media, he was outspoken on Twitter late last month and blamed DC for lacking support commensurate with the quality of work he and Robert Venditti put into the reincarnating alien the last few years. 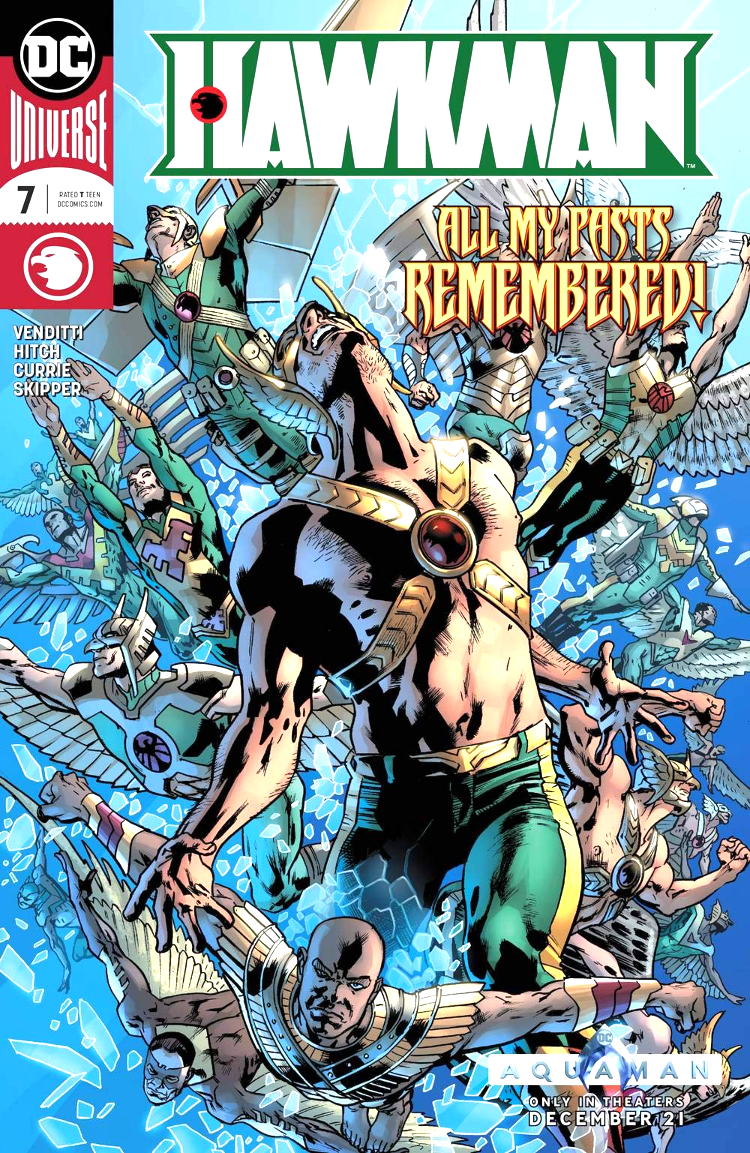 “It’s a shame my Hawkman run with Robert Venditti didn’t sell as well as we would have liked,” Hitch lamented. “I (and the writers I work with) can provide damn good comics but it’s up to publishers to sell them not creators. And here I think we were let down.” 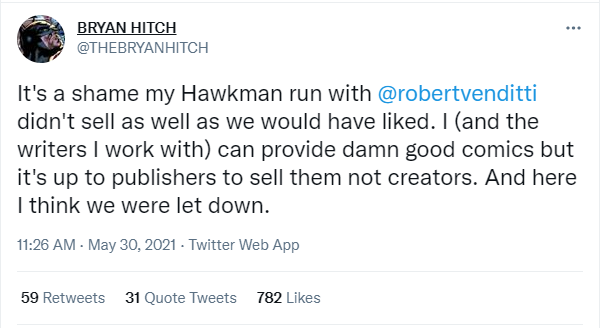 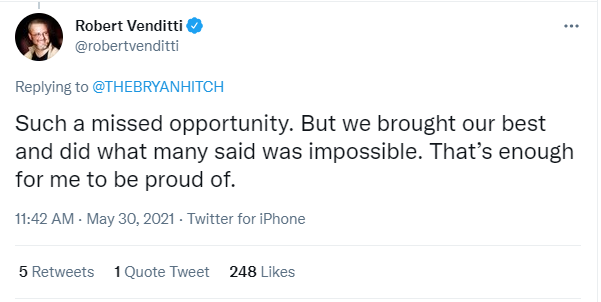 Doubling down, Hitch added, “I think Robert Venditti and I held up our end of the creative bargain and gave DC a damn good comic. It was DC’s job to interest anyone and everyone to buy it. They didn’t, unfortunately.”

This led Jimmy Palmiotti to chime in about his prior experience working on Hawkman that preceded a cancellation.

“Justin Gray and I had a run after Geoff and it was selling really well with buzz and randomly they took us off and put a new team on it and it got cancelled soon after,” he wrote in reply to Hitch and Venditti. “I mean, they pulled us off at their highest numbers…clueless.”

Hitch would answer, “[It] seems like a simple equation; get the best out the creative team and then market and sell the shit out of it.”

He then went on to explain the indifference and mismanagement one issue of Hawkman faced upon launch.

“Hawkman launched in a week sandwiched between the launch of Bendis’ Superman and Snyder’s Justice League,” he said. “I think we got an announcement but no pushes or fanfares and of course, all the attention in stores and buyers went to those two launches which had huge initiatives.” 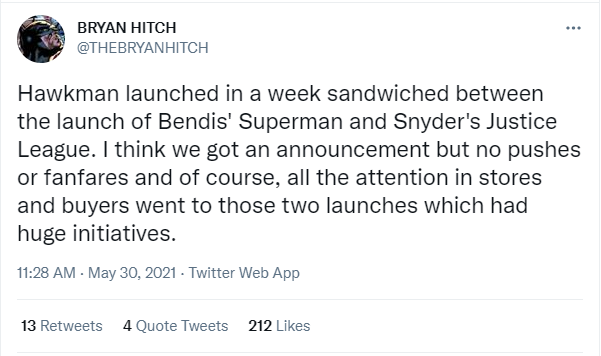 That failure to market aside, Hitch still has his art which he remains proud of. “Still, looking back at it, I’m genuinely proud of it,” he wrote, accompanied by screenshots of his splash page pencils. 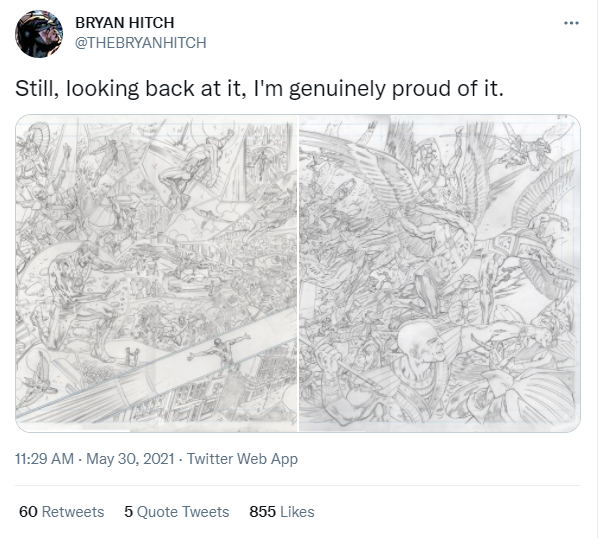 Hitch then responded to one Twitter user who asked why comics aren’t marketed despite huge film releases from Marvel Studios and Warner Bros.

He explained, “Because mass market advertising only works if the product is easy to find anywhere. Comics have been primarily a small hobby market for at least the last 25 years. The characters are a worldwide big business in media and licensing but comics are not.” 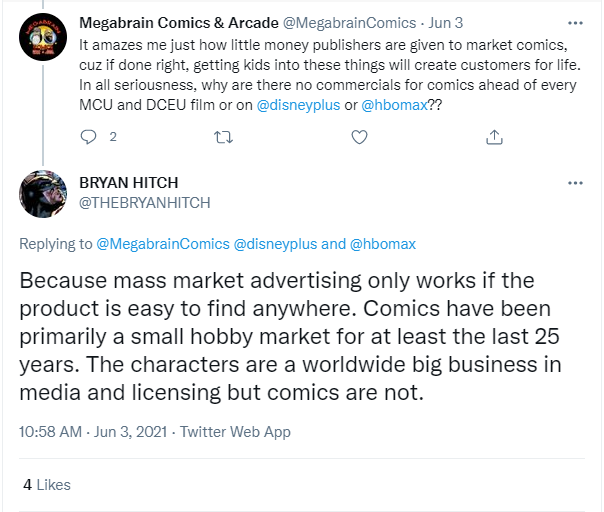 Bryan Hitch isn’t telling our readers anything they haven’t suspected already but he further highlights the slipshod way DC Comics continues to be run while business circles the drain.